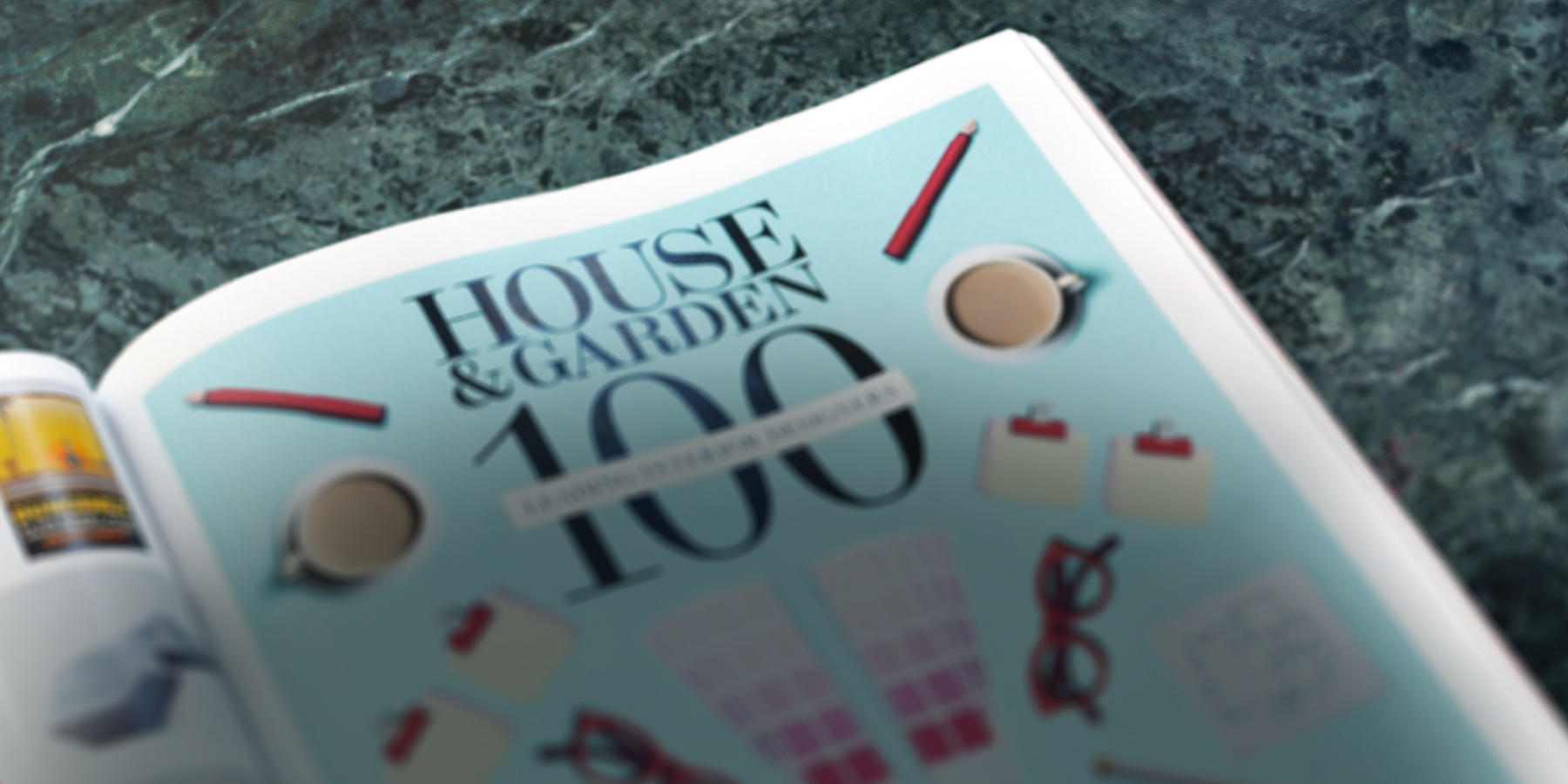 Hatta Byng, the recently appointed top editor of the U.K. design bible House & Garden, talks to Introspective about the changes she's wrought and still has planned for the magazine — and gives the inside scoop on its much-anticipated 100 Leading Interior Designers list. 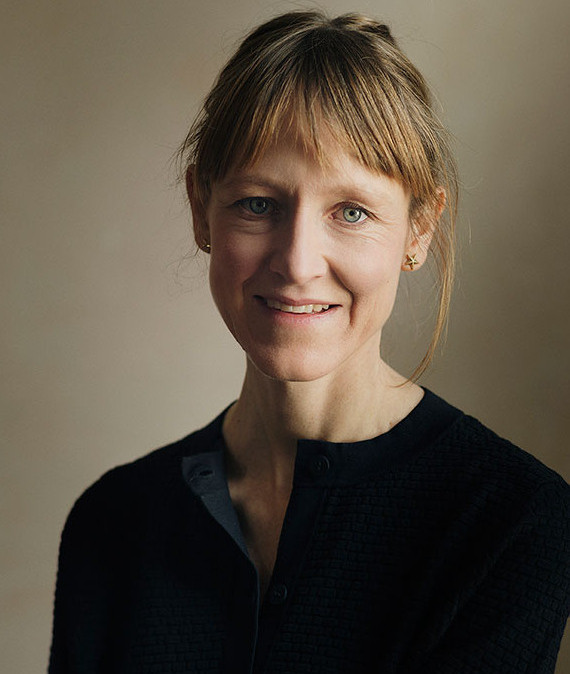 Since becoming the top editor at British House & Garden this past fall, Hatta Byng — who studied art history and architecture before working as a designer herself — has made a series of subtle and surgical changes (photo by Nicholas Seaton). Top: The cover page of H&G’s new 100 Leading Interior Designers list

When Hatta Byng took over in October as editor-in-chief of the British design go-to House & Garden, she stepped into the formidable shoes of Susan Crewe, who headed the magazine for almost two decades and instituted the much-watched, highly influential triennial list of the 100 Leading Interior Designers. The list, which offers short biographies of the designers and a description of each one’s style and aesthetic, together with notable and upcoming projects, is focused on home design. “You may be doing beautiful hotels, but that won’t get you in,” says Byng, who had just returned from maternity leave when she spoke to Introspective about her ideas for change at the magazine, the spirit of Englishness and — of course — The List.

First things first: Why have a list at all?

People love lists, and people who are on lists love being on them! It does cause us stress, and we sometimes put peoples’ backs up, but it’s useful. When you are decorating a home — and the list is all about residential design — it can be difficult knowing what to do and whom to go to. We are an authority in the industry: We are seeing this work and going on shoots and interviewing designers and their clients, so we have an inside knowledge to share.

It’s totally agonizing! We have four or five people sitting with Judith Wilson, who writes the whole thing. The list comes out every three years, and people do move or retire, so first we go through it to see who might not be on it any longer. Then we brainstorm about who has come to our attention since the last one. Or who has kept our attention! We always come up with far more than 100 names, and Judith then does a lot of research. We ask everyone to submit CVs and three or four images. They tell us what they’ve worked on, and we talk to others in the industry for additional input. Even after that, the list is always longer than 100, so we go through it and debate. Sometimes it can get a bit heated. But we have a rule that at least 20 percent of the entries have to be new, because we have to keep it fresh. On the other hand, you want the established people, too, because it’s not just about flair, but about a honed eye, and experience is key to that. 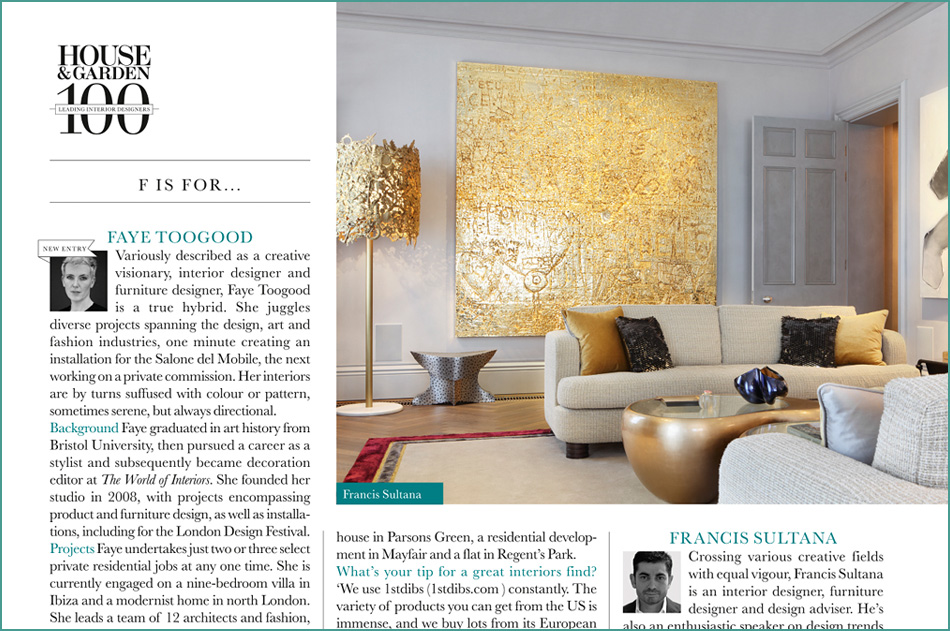 As ever, 20 percent of the designers included on the list have never been on it before. 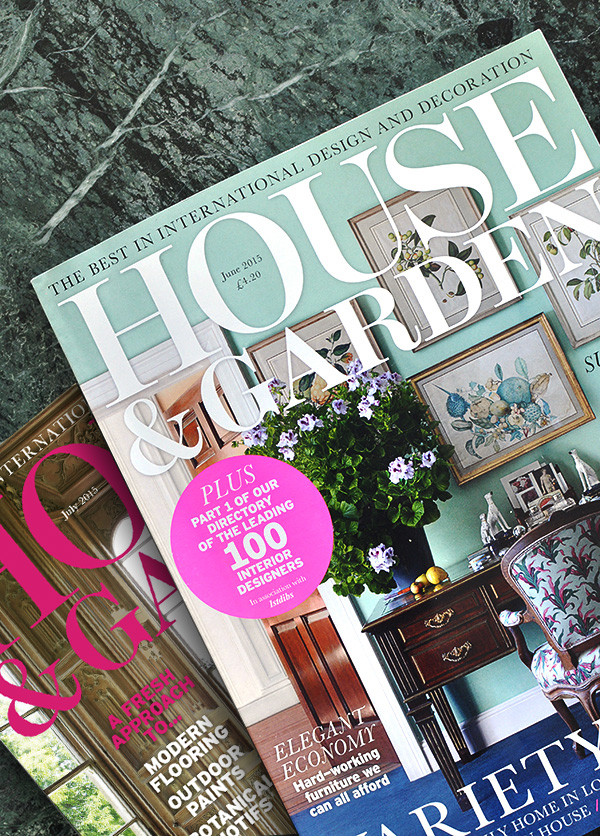 Compiled through an arduous vetting process and once again presented in association with 1stdibs, the triennial list brings together short profiles of Britain’s 100 best designers as well as images of the designers’ work.

How important are personal tastes in the debate?

We have long discussions about taste and style, and whether we like something or not. But that said, one has to have a wider eye beyond one’s own taste. With the Top 100, there are all sorts of design styles. I think some people write us off as traditional, but if you look at the designers on the list, you can see that’s really not true.

Are you changing the way you present the list online? And given that close to 20 percent of your readership is outside of the U.K., would you think about expanding it to be more international in scope?

Yes. Until now, the online list has really just appeared as a PDF of the article. We’re going to make it much more user-friendly, with links to stories we’ve done on the designers, and images of their work.

I think the list is most useful to our readers if it is U.K. oriented, and nobody else is producing a list like it. We did once include a list of our pick of 10 French designers and 10 Americans, and it is certainly something we would consider doing again.

But we are also creating another list that will go live next year. It will feature 1,000 top names from all over the country. It will be less intensively vetted, but very useful I think. If you are in Scotland and looking for a local designer, that’s where you’ll find some names. We’re asking people to submit information now.

This all sounds quite ambitious. Did you always know you would work in design or imagine you’d be the editor of one of the leading shelter titles?

No. I read history of art at Edinburgh University and then got a masters in the history of British architecture at the Courtauld Institute of Art. Then, a bit by chance, I got a job working for Joanna Woods, an interior designer. I was an assistant helping on specific projects for around three years. Towards the end, I was doing projects on my own. It was brilliant training, and it means I come very much from the subject rather than from a journalism background.

When I was about 25 or 26, I decided I wanted to live and work abroad. My father is half-South African, and although I had only visited the country once, it seemed like an obvious place to go. I ended up getting a job at the South African edition of House & Garden. I was hired as an editorial assistant but became features editor fairly quickly. It was great. At the time we hardly used the Internet; we just got in our cars and went to scout the place we were interested in or the fabric we wanted to shoot. I came back to London at the end of 2005 — it was just time to come home. I freelanced for a bit, then Sue Crewe offered me a job as features editor. I’ve been at the magazine ever since. 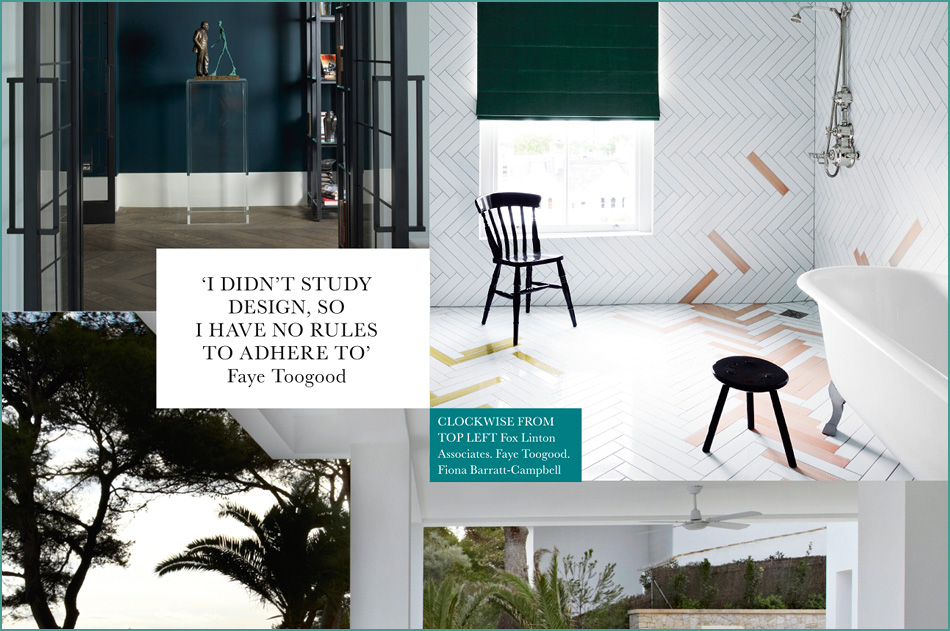 H&G editors format the list with a small selection of images of each designer’s work accompanying short profiles. 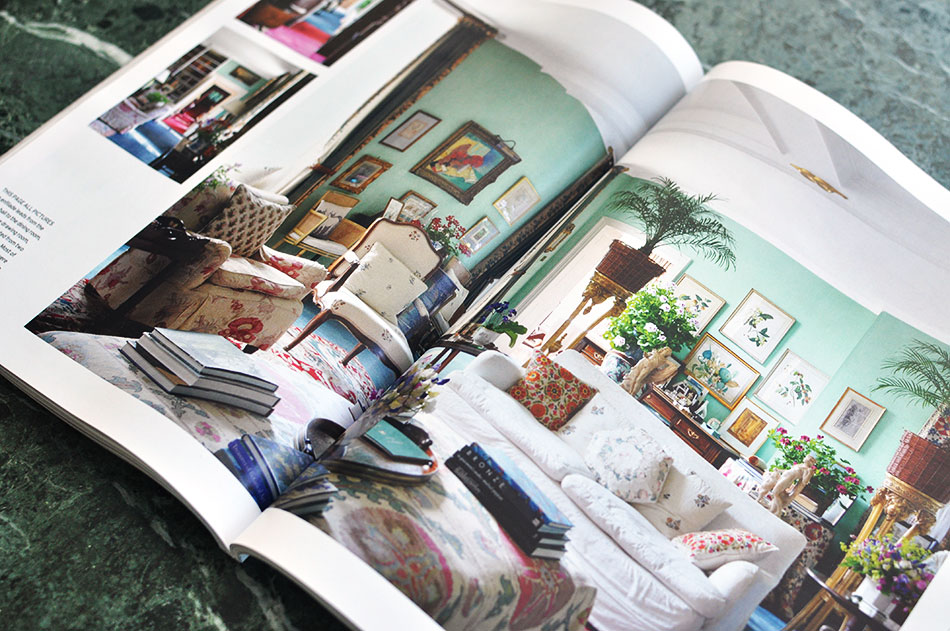 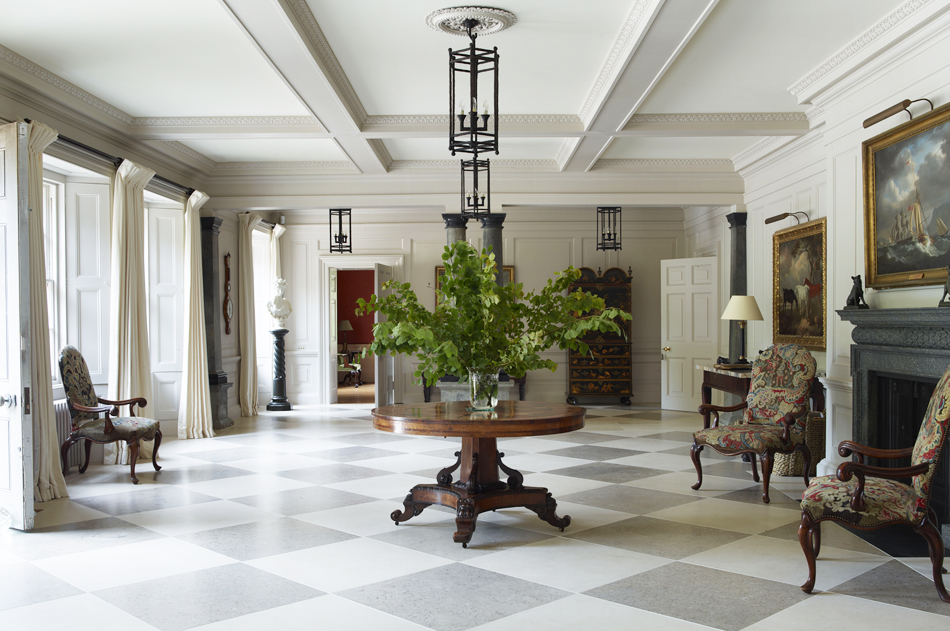 An image of a light and lovely traditional space by London-based firm Mlinaric, Henry and Zervudachi — a longtime presense on the list — can be found in H&G’s July issue. Photo by Simon Upton 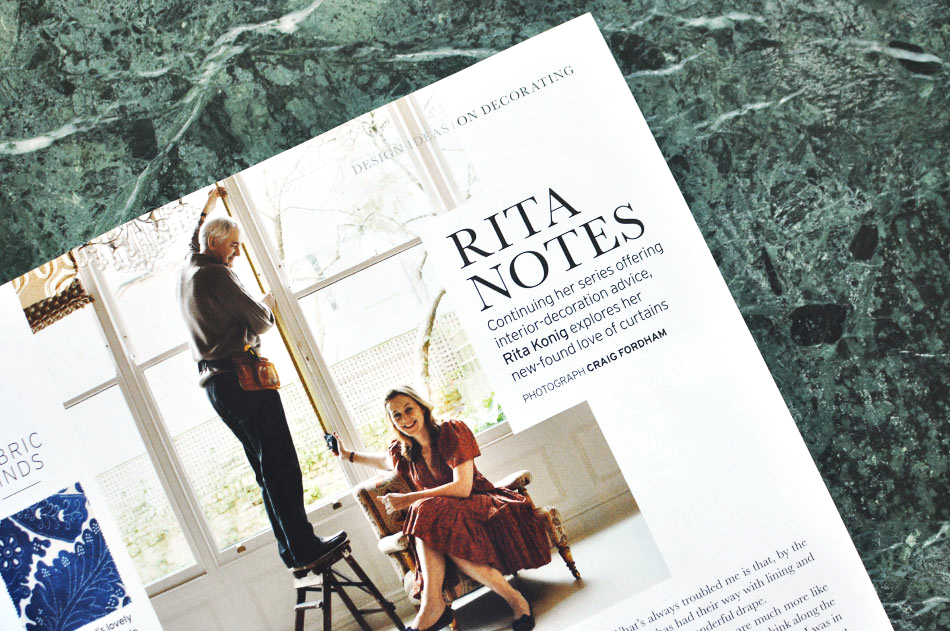 In one of the biggest changes she has made at the magazine since the fall, Byng created a decorating column by writer and interior designer Rita Konig. 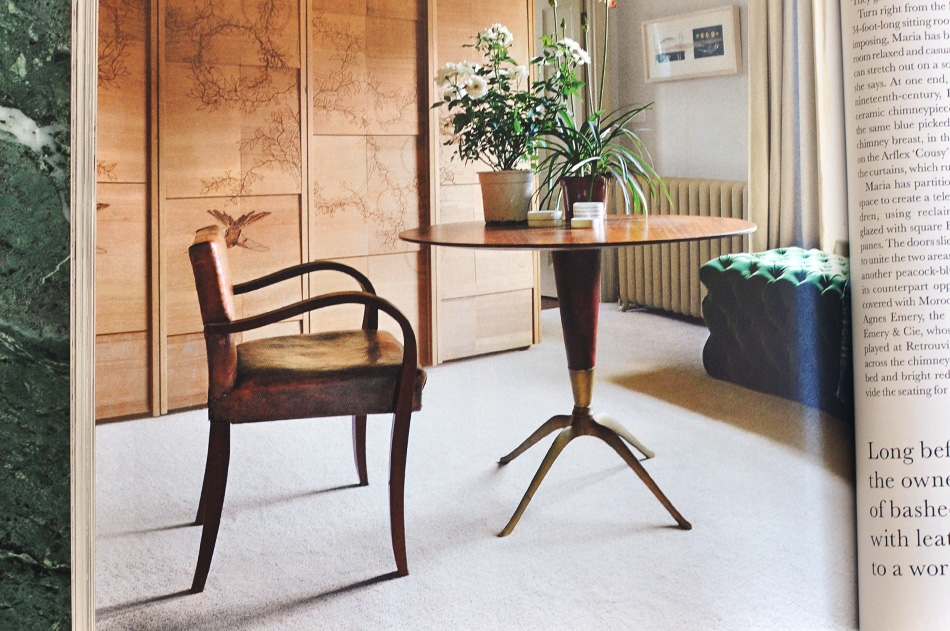 For the dressing room of a Georgian farmhouse featured in the June issue, Maria Speake — of the architectural salvage and design firm Retrouvius — selected built-in laser-etched cupboards by Daniel Heath. 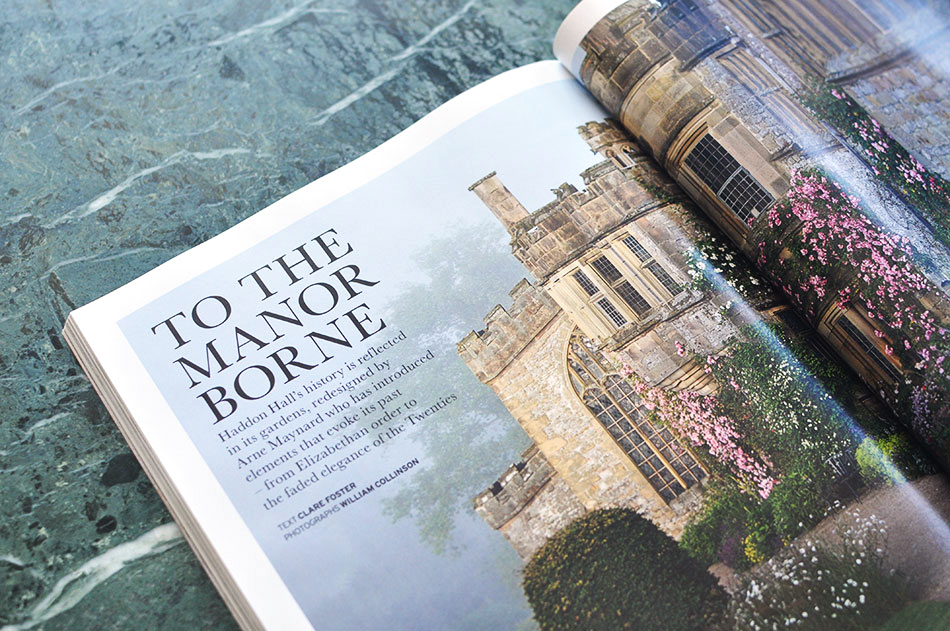 The June issue also includes a dramatically photographed story on the time-tripping gardens of Haddon Hall, in Derbyshire, as redesigned by Arne Maynard.


What changes have you made since becoming editor?

My brief was not to change anything dramatically. We have loyal readers, who like the way the magazine evolved over time with Sue. We are making a few small changes — new typefaces, giving the front of the magazine a stronger rationale — but I hope in the spirit of what House & Garden is. One thing I did feel strongly about is that we don’t have enough opinions in the magazine. So we now have some new voices, with a back page called Tastemakers, and a decorating column by Rita Konig.

I think we are probably unusual for a design magazine in that we are speaking both to interior designers in the industry and to individuals doing up their house in Chelsea or Wiltshire. We have to find a balance. The designers probably want a bit of surprise and new ideas; the homeowners, perhaps not so much. I think it’s important to bear that in mind. Also, I feel we have a spirit of Englishness, which I like. To me that means a layering of things and a rich palette — a degree of color in the interiors and an eclecticism. I think there is a strong sense of individuality in English design and an element of wit, but also the sense of an interior that has evolved over time. 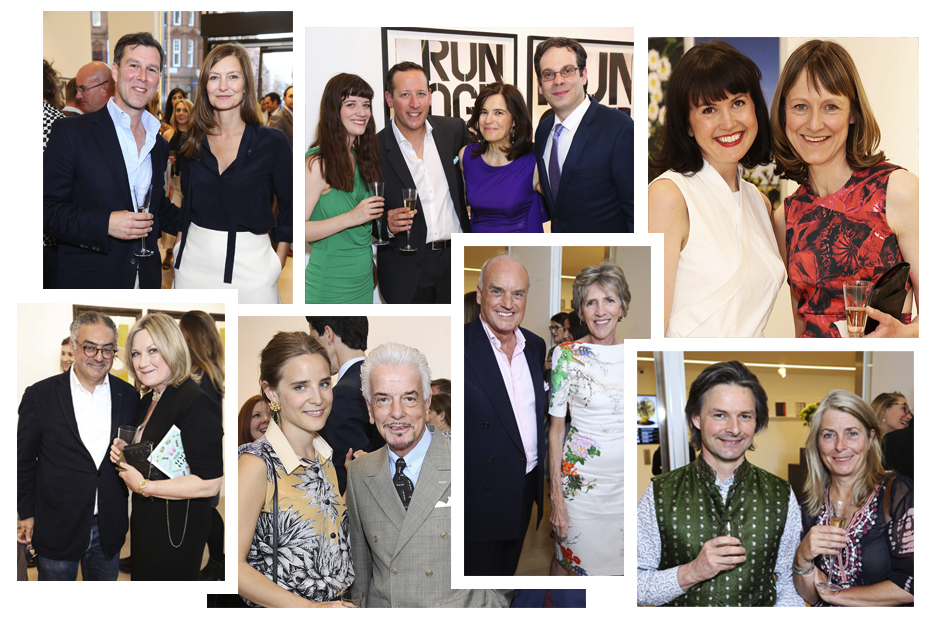 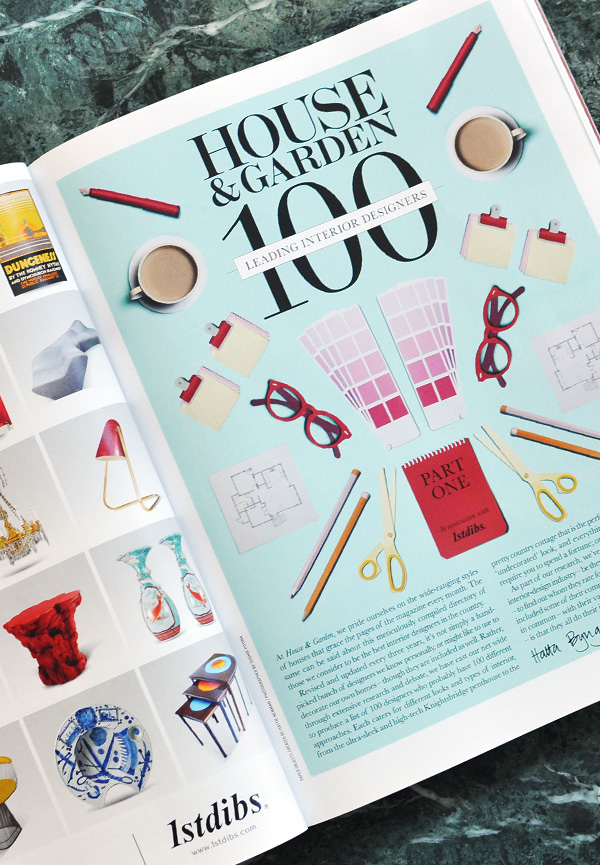 House & Garden will present its list in three parts this year, over a trio of issues.

What are your personal tastes in design?

I like a mixture of traditional and modern; I have both my grandmother’s brown furniture and contemporary pieces. Because I worked for a designer, I do always have a bit of a scheme in my head, but then I shake it up a bit. But I have to say we didn’t use an interior designer for our house, and I did make mistakes. It really made me see the point; a designer is constantly practicing and they also know where to get things at the best prices. I would hope that everyone on our list really has that knowledge, and will think about the practical elements, like lighting and electricity plans, and not just help you choose some curtains.

I think people feel, as I did a bit, that when you have strong ideas about what you like or don’t, you don’t want a designer to impose. But there are many who really want to have your input and be guided by you.

Do you collect anything?

In a very small way. I love ceramics, and my latest acquisition is by Kate Malone. I’d love pieces by Shirley Fintz and Georgina Warne, who does animals with very whimsical illustrations painted on to them. I recently bought a piece of furniture from a young designer called Fabien Cappello, who made a series of pieces out of old Christmas trees. My husband is very keen on buying pictures, which we do in a modest way. He has a very strong sense of what he likes, and tells me he has better taste than me. I tell him my eye is far more honed!