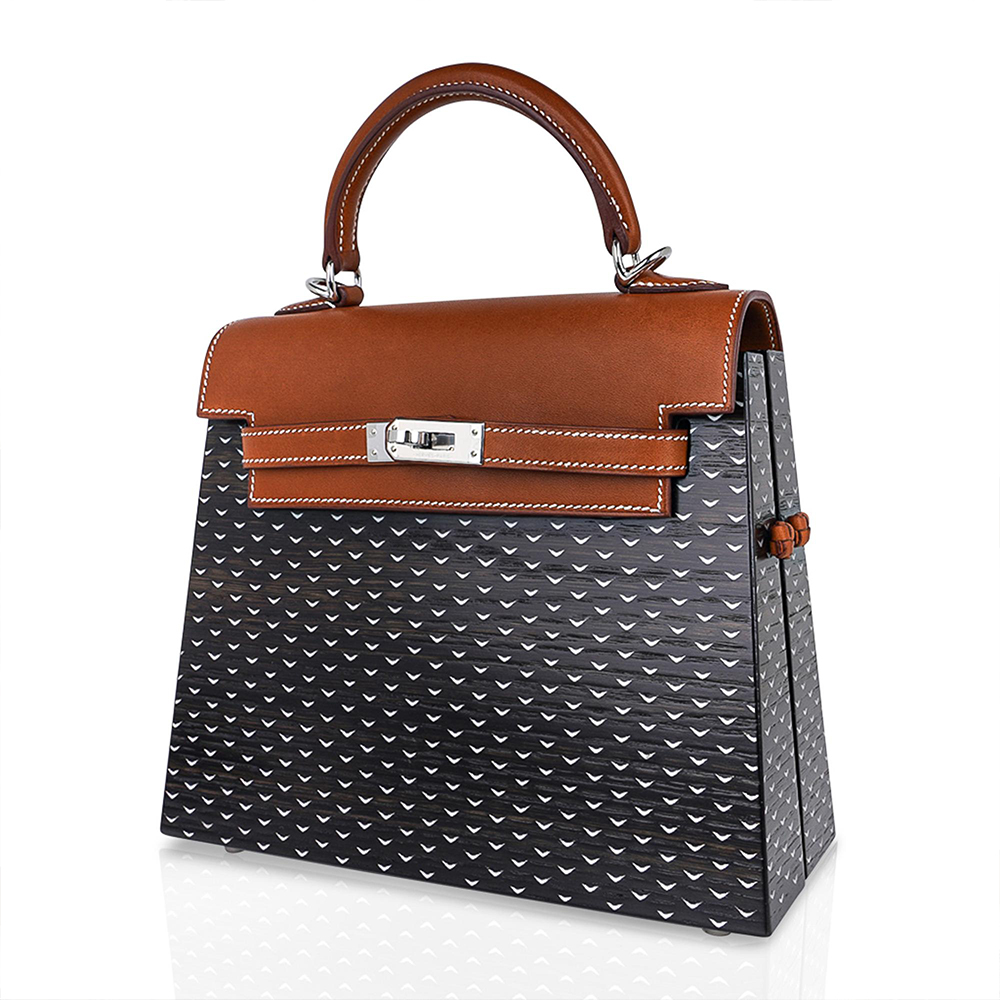 August 22, 2021Even the most celebrated brands have moments of exceptional glory. For Hermès, the Kellywood, introduced in 2020, is such a moment. At first sight, “it blew me away,” recalls MIGHTYCHIC founder Debra Kent. In nearly 20 years of specializing in Hermès, Kent has seen a lot of gorgeous bags. But without a doubt, she says, the Kellywood is “the most exciting thing Hermès has created in years.”

Why the rapture? First, it has been decades since Hermès has release a Kelly in both a new size (22 cm) and a new material. The last innovating model, from the 1990s, was crafted of sterling silver. This time, the body is constructed from BOG OAK, a partially fossilized wood that gets its unique qualities from millennia spent underwater.

A true rarity, the material has allured history’s most discriminating tastemakers. Louis XIV had a bedroom suite made of bog oak; Alexander the Great, a throne. In the Kelly’s latest incarnation, the bog wood is inlaid so meticulously with aluminum chevrons that the two materials seem to have become one.

“When you run your hands over the surface, you can’t even feel the difference,” says Kent. And then there is the Barenia leather employed for the flap and handle. A smooth calfskin originally used in Hermès saddlery, it is both exceedingly rare and exceptionally coveted.

Finally, the Kellywood is “probably one of the most limited-edition bags Hermès has done,” says Kent, surmising that only one or two are likely available on the market currently. Clearly, it is an icon in the making. 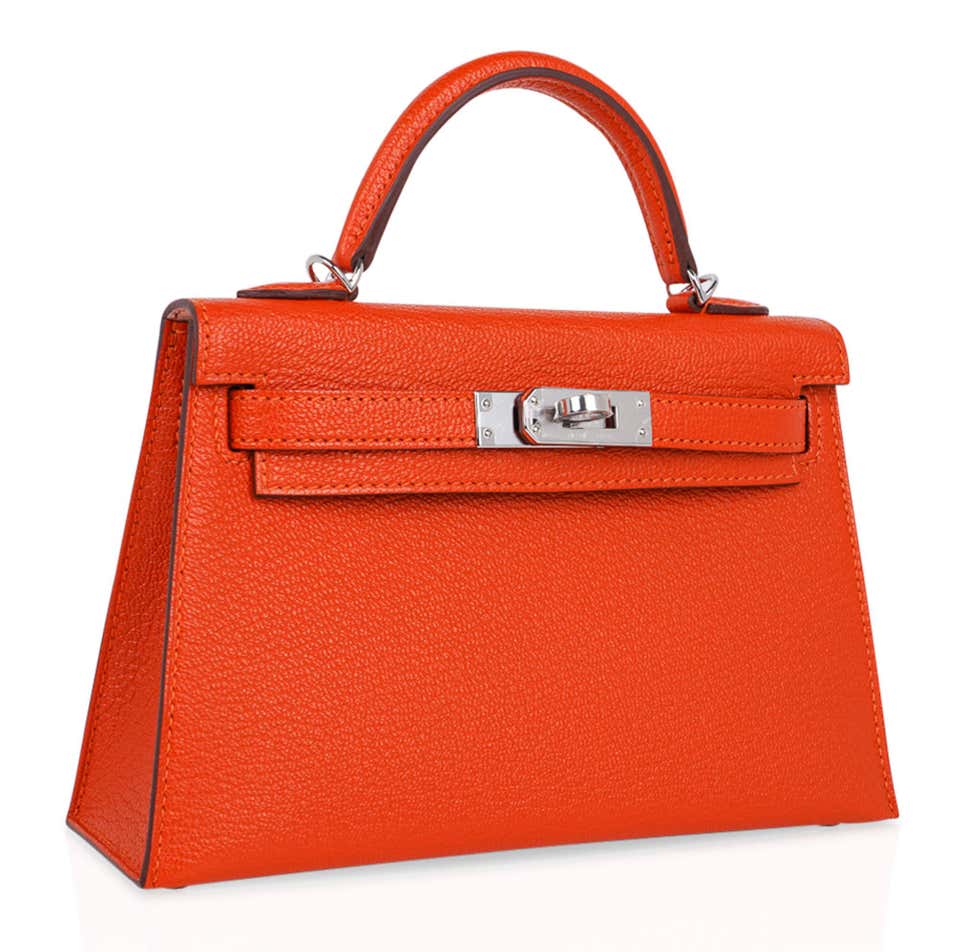