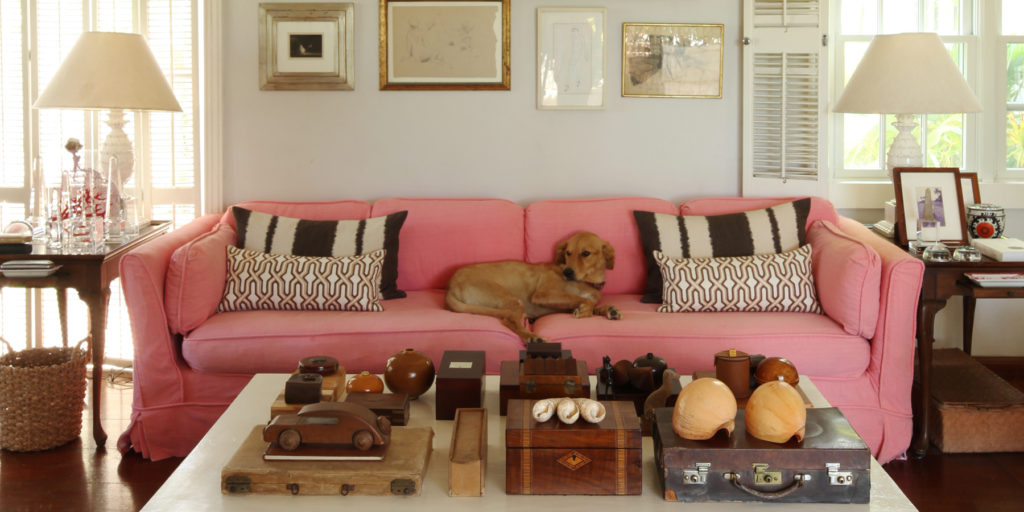 The Bahamas-based designer with a British royal pedigree has built a brand on her covet-worthy tropical lifestyle. 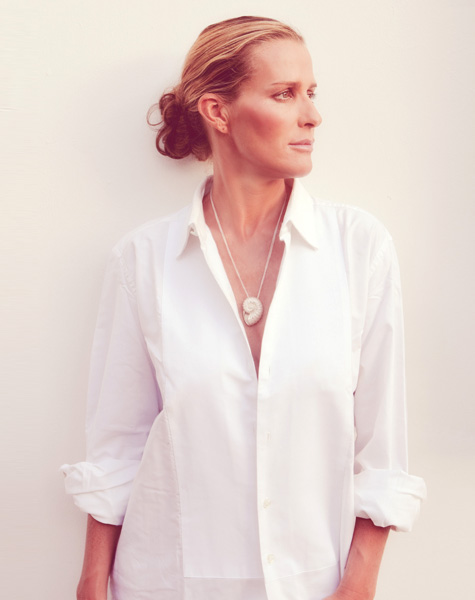 June 13, 2012India Hicks, the daughter of famed decorator David Hicks, has said she shied away from the interior design world (portrait by Brittan Goetz). Top Hicks’s dog relaxes on the plush pink sofa in the living room of her family home in Harbour Island, Bahamas (photo by Tim Street-Porter).

India Hicks really does have the best of both worlds. A long-legged, blond beauty with a creamy complexion that belies her 44 years, Hicks effortlessly moves between her relaxed, family-focused life on idyllic Harbour Island, in the Bahamas, and her more cosmopolitan existence as a designer, tastemaker and brand incarnate whose multifaceted professional pursuits frequently take her to New York, Los Angeles, London and beyond. She first gained fame in the 1980s and ’90s as a model for Ralph Lauren and J. Crew, among other brands, and she has resurfaced in the public eye more recently as the founder of a line of bath and body products for Crabtree & Evelyn and the host of Bravo’s reality TV series Top Design. She also played the role of television commentator for last year’s wedding of Prince William and Kate Middleton and this month’s celebration of the Queen’s Diamond Jubilee.

Hicks is particularly well-positioned to serve as a royal observer: She’s the granddaughter of Lord Mountbattan, the last Viceroy of India (“hence my name,” she says) and godfather to the Prince of Wales. Her ties to the Royal Family are such that, when she was 13 years old, she famously served as a bridesmaid in the wedding of Prince Charles and Lady Diana. It was a fairytale day but, Hicks says now,“As a tomboy is was hard to forgive being asked to wear that frilly dress.”

And, of course, as the daughter of the legendary British decorator David Hicks, she is descended from design royalty, too. Known the world over for his brightly colored and boldly patterned interiors that mixed antiques with mod, contemporary pieces, David Hicks created a lifestyle brand at a time before decorators and designers engaged in such things. His store, a landmark in 1970s London, featured a comprehensive range of furniture, fabrics, carpets, ceramic lamps and ashtrays — all of his own design. He even sold monogrammed neckties and writing paper. Such 360-degree thinking appears to have been passed down to his children. Hicks’s architect-designer brother, Ashley, has also made a name for himself as the creator of a compelling range of fabric, carpet and furniture lines as well as residential and commercial interiors. 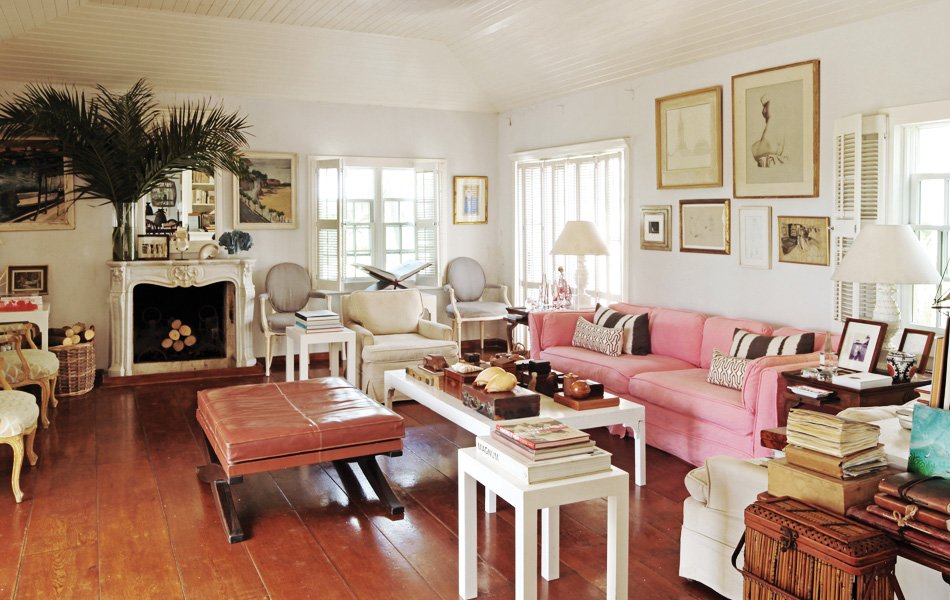 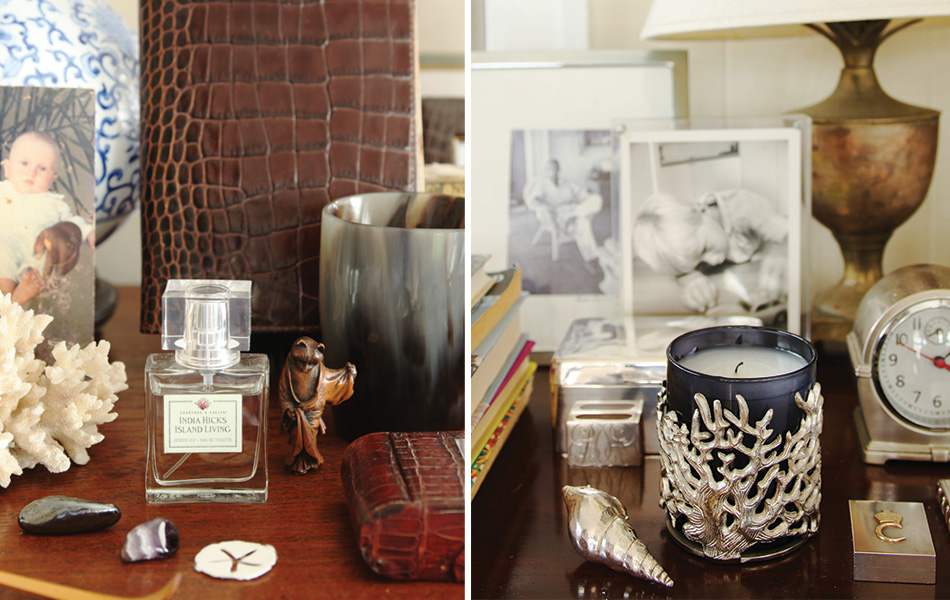 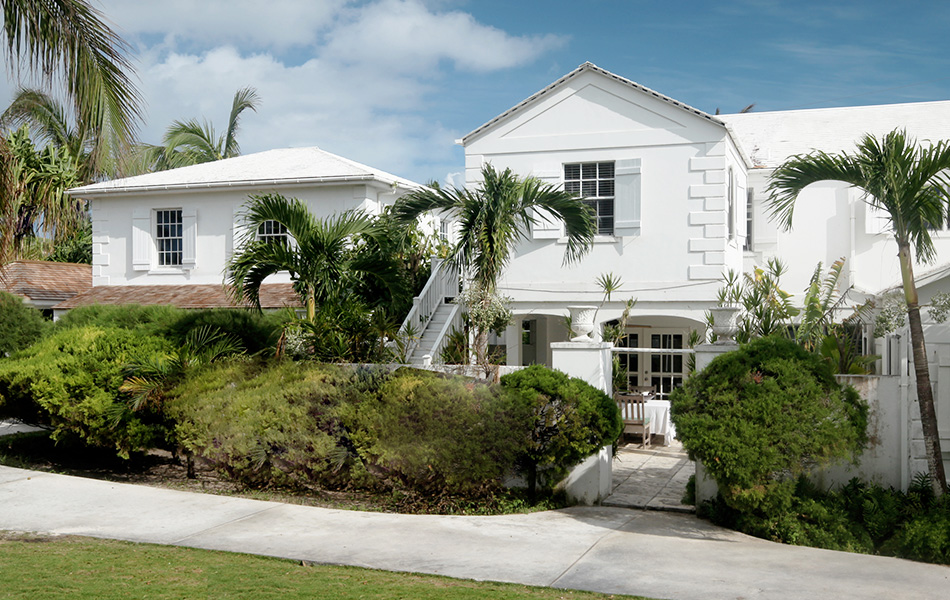 The family’s Harbour Island house, which they transformed from a 1950s Florida-style bungalow into a Georgian-style tropical estate. Photo by Tim Street-Porter 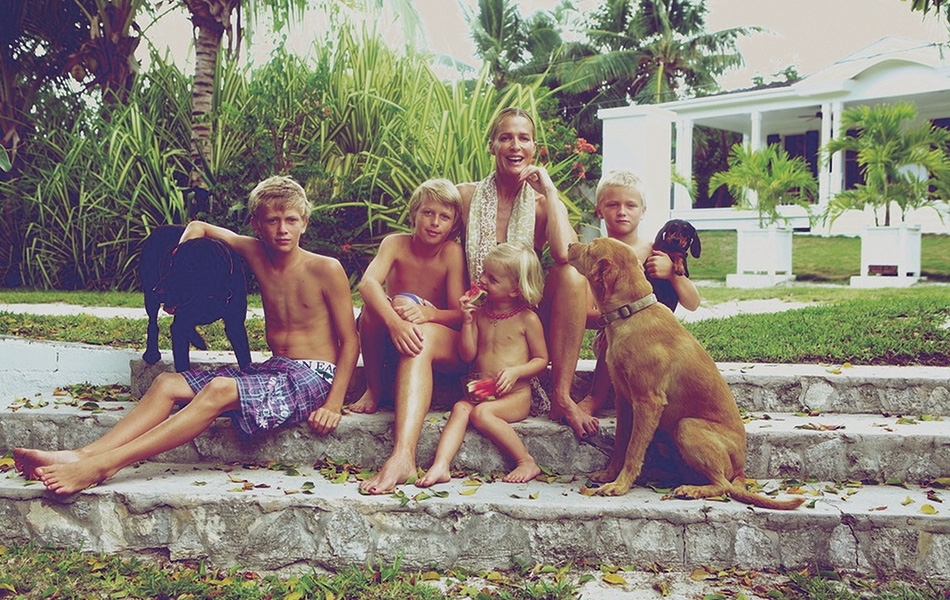 Hicks and her fair-haired flock pose with their dogs in the backyard. Photo by Brittan Goetz 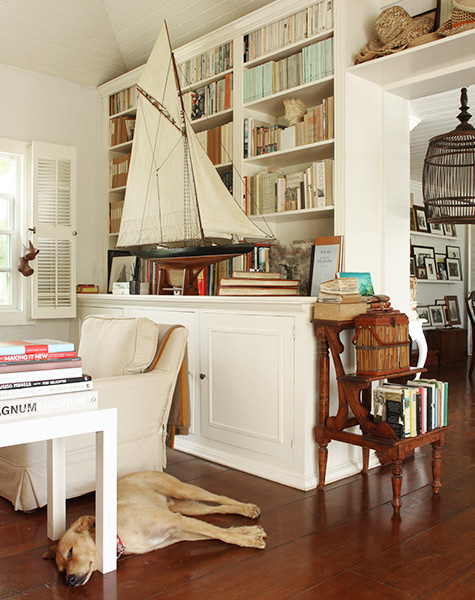 Based largely in the Bahamas, on Harbour Island, model-cum-designer India Hicks has turned her idyllic existence there into a covetable lifestyle brand. Her beachfront home on Harbour, seen here, embodies her casual, collected, colonial style. Photo by Tim Street-Porter

Hicks uses her tranquil life on Harbour Island, her home for the past 16 years, as the inspiration for her designs and products. With a swashbuckling partner, Englishman David Flint Wood — a designer himself and a keen preservationist to boot — she presides over a family that includes their four handsome children, plus a recent foster child (all of whom run barefoot over the island), three dogs, a cat called Batman and Jenga the macaw, who lives in the large garden shaded by palm trees. Hicks has successfully, and seemingly effortlessly, become the embodiment of the idea (and ideal) of tropical escape, retreating from the world with her family and creating her own version of paradise. (And, given the times, she chronicles it all on her website.)

“Living on an island in the Caribbean means most of the design projects I have been involved with combine a sort of nostalgia for England and Europe with a curation of things collected on my world travels,” explains Hicks. “And as the daughter of David Hicks, I cannot resist creating surprising combinations.”

Over the last decade, she has produced two bestselling books, both born out of her Bahamian life and published by Stewart, Tabori and Chang: Island Life in 2003 followed by Island Beauty in 2005. More recently, she has remained a constant presence in the design press, with myriad projects, from hand-painted notecards to fragrances. She is the “face” of the fashion brand Viyella, one of Britain’s oldest clothing manufacturers, and has partnered with Crabtree & Evelyn to launch Island Living and Island Night, two successful collections of bath and beauty products. 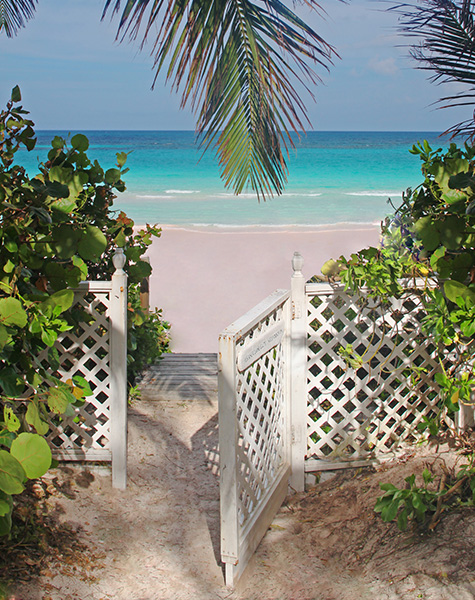 A path leads from Hicks’s home to the island’s famous pink sands.

At her charming Harbour Island boutique, the Sugar Mill, one can buy wonderful beach caftans in cotton, cashmere scarves from Nepal, Italian suede shoes and colorful Mar Y Sol bags from Madagascar. The shop also sells a wide range of products of Hicks’s own design, including her Crabtree & Evelyn products and her new jewelry line. The line is comprised of three collections: Love Letters, inspired by her father’s fascination with monograms; Hicks on Hicks, based on his signature hexagon pattern; and Island Life, inspired by the sea. You don’t have to fly to the Bahamas to shop here, attractive as the idea may be; most items are available on her website, while her jewelry can also be found at Bloomingdale’s.

On Harbour Island, the couple have casually furnished their house in a version of the British Colonial style that has since been emulated as “modern classic,” adding that “we wanted the house to feel like it was built in the 1850s and to reinforce that feeling of a period plantation house.” This meant a shopping trip to New Orleans, during which the couple shipped 22 packing cases to the island, furnishing the house in one swoop.

In every sense, Hicks’s life and work are based on Harbour Island, but she travels constantly to promote her books, jewelry and beauty products. Doing so has made her fully aware of current trends in fashion and design, which spill over into her island life. These have allowed her to keep her store up to the moment with bohemian-chic finds and to create the jewelry inspired by her father’s abstract designs. Traveling also lets her indulge her passion as an all-around sportswoman. She admits it would be hard to ever again live in a city full time, especially when her favorite activities include scuba diving, horseback riding, skiing on snow and water, rollerblading and competing in marathons.

For all her talents and all her projects, interior design was never Hicks’s first career choice — though it was her own house that first attracted the attention of the design world. In a recent Hello magazine interview, Hicks spoke about this, wondering out loud, “Possibly because I have a brother who does it, and obviously my father dominated that world, it has made me shy away slightly.”

Focusing on products and jewelry has allowed her to make her own way as a designer. It’s been a most fruitful turn, indeed, one marked by the lively and eclectic choices that continue to define — but not confine — her very personal style.