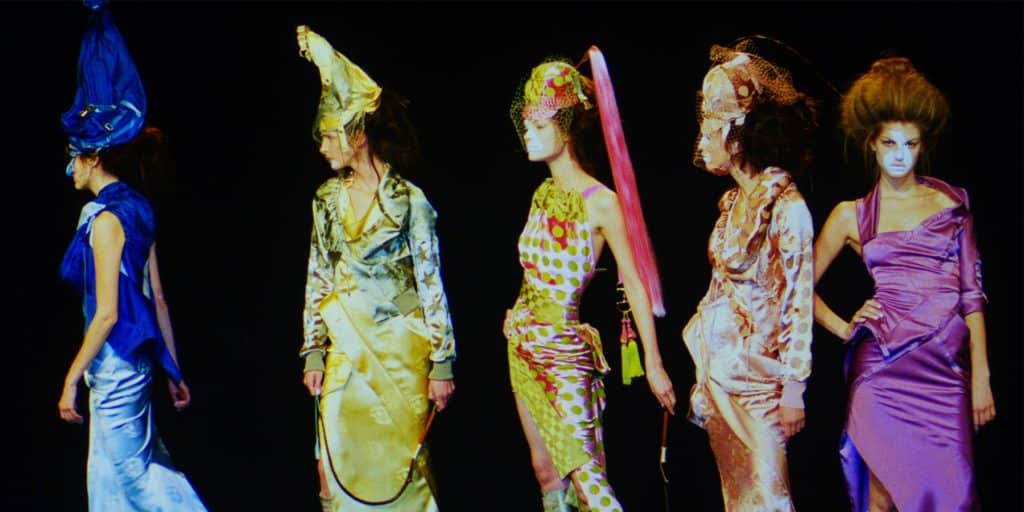 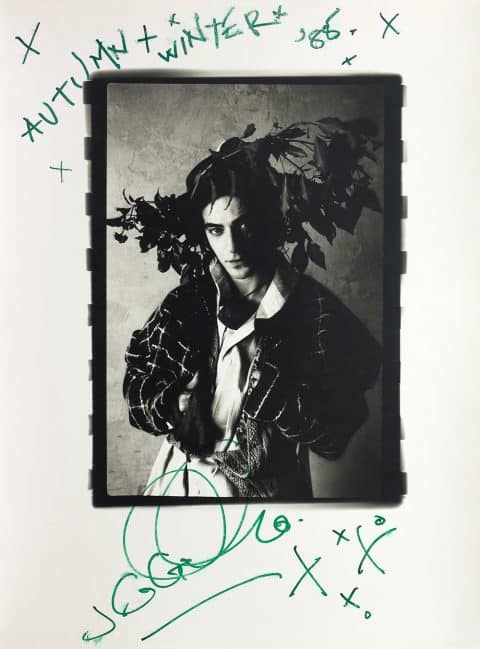 November 17, 2019John Galliano has long been a leading creative force in the fashion industry, and now fashion historian Kerry Taylor has written a catalogue raisonnée of his work in Galliano: Spectacular Fashion (Bloomsbury). Above, Galliano wears pieces from his Ludic Game collection in this 1985 portrait by Tom Mannion. Top: For the racing silks phase of Dior’s Spring/Summer 2000 Logomania show, models sported bright colors and large numerals. Photo by Neil McInerney/Bloomsbury Publishing Plc

Fashion historian and auctioneer Kerry Taylor was cutting her curatorial teeth at Sotheby’s in London during the late 1980s when she fell in love with John Galliano, the genre-breaking British designer. The romance was sparked by one of his outfits, consigned for auction by a single owner. “She told me it was from Les Incroyables,” Taylor recalls, referring to the famous collection Galliano created for his 1984 BA honors degree show at London’s St. Martin’s School of Art (redubbed Central St. Martins in 1989). Taking its name from the late-18th-century Parisian dandies who adopted extreme clothing styles as a reaction to the revolution, the budding designer’s line caused fashion chaos with just 10 radical looks. He presented Les Incroyables three times in the course of one day. By the final presentation, word of mouth in the pre-Twitter era had people fighting for seats. It got a standing ovation.

“She was wrong!” Taylor says of the consignor. “The outfit was from his next collection, Spring/Summer 1985’s Afghanistan Repudiates Western Ideals.” That line, whose unisex styles were inspired by diverse cultures, had colors that Galliano described as “emotional dried blood,” a reaction to the bloodless beiges of Armani’s contemporary androgyny. “Honestly, when I examined the jacket and dhoti-style trousers, I was amazed, amazed,” Taylor says excitedly, her words conjoining in a sartorial paean. “The experimentation, the curiosity, the combination of diverse cultural inspirations, the fine materials, the drive, the same attention to detail inside and out — and he was a shy boy, you know, he was only twenty-five!” Taylor crescendos, overawed. “He is a genius.” 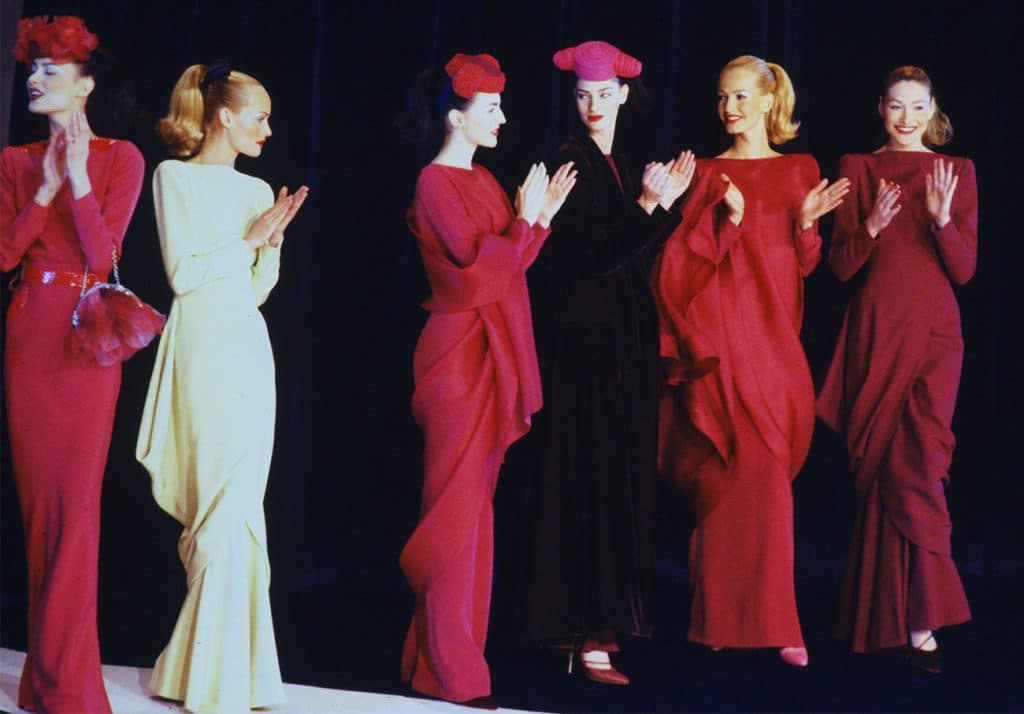 Taylor is speaking about her latest book, Galliano: Spectacular Fashion (Bloomsbury), a fascinating chronicle of Galliano’s singular career told through the lens of the collections (each given its own chapter) that he designed not only for his eponymous label but also for Givenchy, from 1996 to 1997, and most famously, for Dior, from 1997 to 2011. “I was so frustrated at all the cataloguing mistakes I found when researching designs — in museums and stores as well as online. It was really annoying,” Taylor says, laughing. But she isn’t joking. Getting such facts as age and authenticity right is a given in traditional resale fields like antique furniture and mid-century ceramics, but fashion as investment is comparatively new. It wasn’t until the 21st century that it gained respectability beyond a tight-knit group of academics and addicted collectors, thanks to the emergence of online players like 1stdibs, the first digital marketplace to include vintage couture and thus validate its commercial potential. By 2003, Taylor had founded her own auction house, the only one worldwide dedicated to fashion. And in 2013, she published Vintage Fashion and Couture: From Poiret to McQueen. Having handled “numerous garments both inside and out from all the fashion greats” Taylor writes in the new tome, she is in no doubt as to Galliano’s transcendent talent. 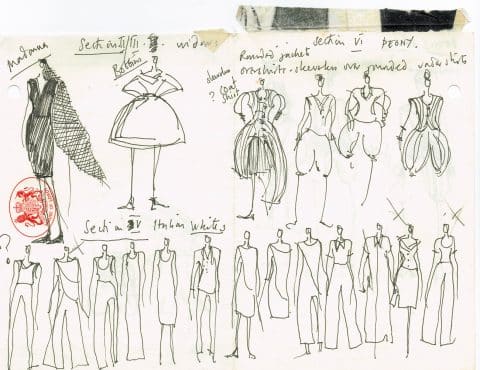 John Galliano was born on November 28, 1960, into a close-knit Roman Catholic family in Gibraltar. His father was a plumber, his mother a spirited homemaker who loved dancing and taught them flamenco. When he was six, the family left the sunshine and souks to settle in East Dulwich, a residential London borough not known for flamboyance. After an unhappy stint being bullied at the local all-boys’ Church of England grammar school, Galliano enrolled in the East City of London College, where his sketching talent was noticed, and while there, was accepted at the prestigious St. Martins. He loved the school, worked hard and flourished, surrounded by creative peers and experimenting with different mediums, including turning his sketches into clothing. To make money, he worked every spare hour as a dresser at the National Theatre. Taylor quotes him evocatively recollecting how he “smoothed with the oil of his own hand” the moleskin top hats worn by the performers. Galliano learned the intricacies of historic dress, how it moved across the stage and how such great actors as Judi Dench and Sir Ralph Richardson “commanded their space.” He augmented his classes by studying 18th-century construction at the V&A. Taylor’s research has revealed that Galliano, ever the perfectionist, would sketch by candlelight on tea-stained paper with a calligraphy pen “for authenticity.” As if all this were not stimulation enough, it occurred against the background of the gender-fluid 1980s New Romantic London club scene, epitomized by the outrageous Leigh Bowery, Lucien Freud muse and MC at the subversive polysexual Taboo Club, who famously decreed, “Dress as though your life depends on it or don’t bother.” 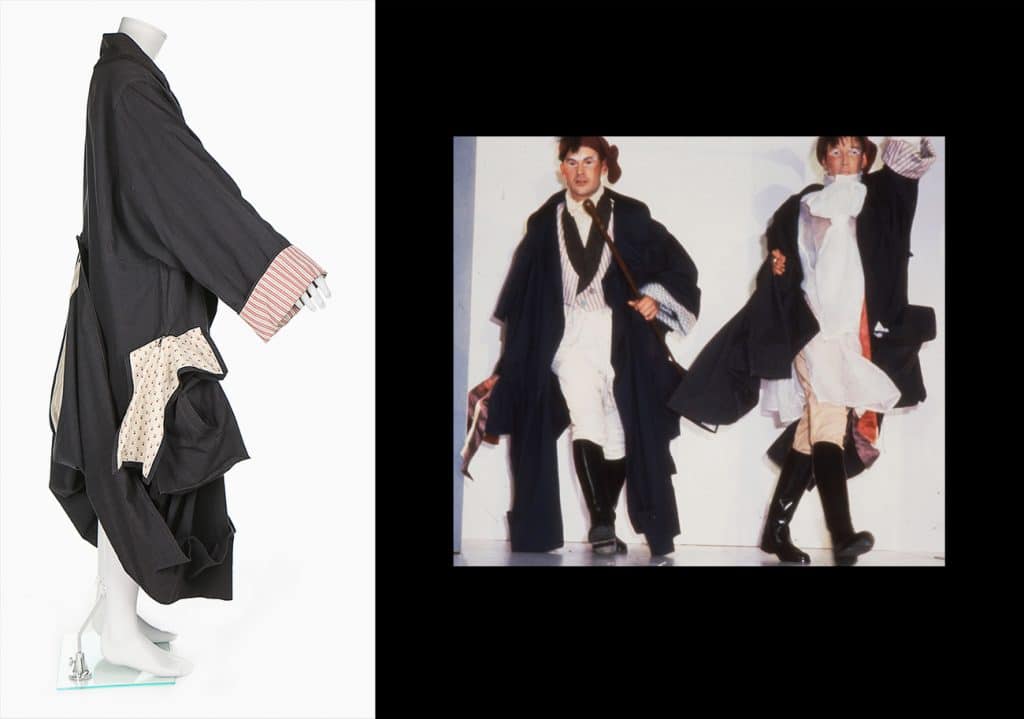 Left: A coat from the Les Incroyables collection features pocket flaps lined in chintz and hems inset with buttonholes so the skirts can be pulled up in a variety of ways. Photo courtesy of Kerry Taylor Auctions. Right: The collection was unisex, presented by both male and female models, who included Galliano’s fellow students, clubbing friends and friends of friends. The shows launched his career. Photo by Neil McInerney/Bloomsbury Publishing Plc

“Not only were his designs a product of extraordinary feats of imagination and insane workmanship, but also Galliano was one of the first to present each collection as spectacle, a theatrical, immersive experience,” Taylor says. The book, too, is immersive, addictively so, presenting in encyclopedic detail and with wit and vim Galliano’s personal and commercial ups and downs. Thus, we learn of his many loyal friends and very few foes (his beleaguered backers for instance): stylist Amanda Grieve (the future Lady Harlech); Vogue editor Hamish Bowles; and Princess Diana, who wore a scandalous bias slip design from his first Dior collection to the 1996 Met Museum gala celebrating the atelier’s 50th anniversary. We read about the models, like the 15-year-old Kate Moss, who made her catwalk debut in a consummate little black “waif” dress from the Spring/Summer 1990 collection, which was panned — “even the art school groupies were yawning,” reported WWD. And we read that in the March 18, 1986, issue of the New York Times, Michael Gross perceptively wrote that “Mr Galliano’s period is that of Robin Hood, but his collection looked like fashion’s future.” 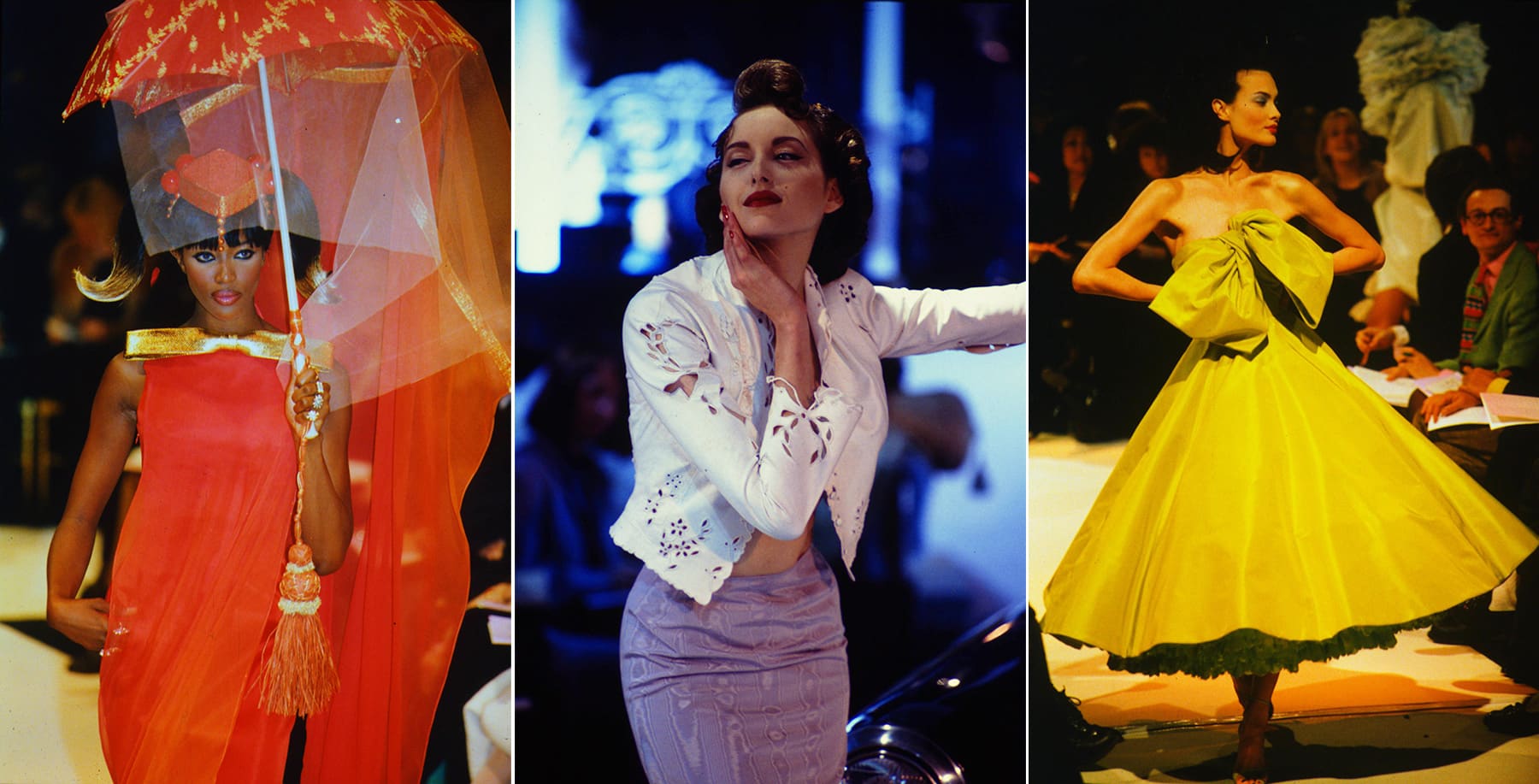 Left: Naomi Campbell in a sari dress with enormous bows, from the Princess and the Pea collection for Givenchy haute couture, January 1996. Center: Madonna, pictured wearing a white leather jacket that Galliano personally cut by hand the night before his 1996 Misia Diva (Pin Up) show, ordered a dress from the collection to wear in her “Take a Bow” video. Right: Shalom Harlow in the Gin Sling dress from the Princess and the Pea collection. Photos by Neil McInerney/Bloomsbury Publishing Plc

The Incroyables coat bought by Johann Brun, Galliano’s first, much-put-upon and money-losing backer, for around $500 in 1984 sold for nearly $78,000 at Taylor’s June 2019 Passion for Fashion auction — if there was ever an item with provenance, that was it. We learn of such signature Galliano features as poacher pockets, vestigial sleeves, the scissor skirt and bias cuts, as well as accessories like early shoe collaborations with Patrick Cox and Manolo Blahnik. Not to mention his own outfits and hairstyles, white mascara, his music, perfumes and heroines, ranging from Mesdames Recamier and Butterfly to Dorothea Lange. And that’s just in his early days! 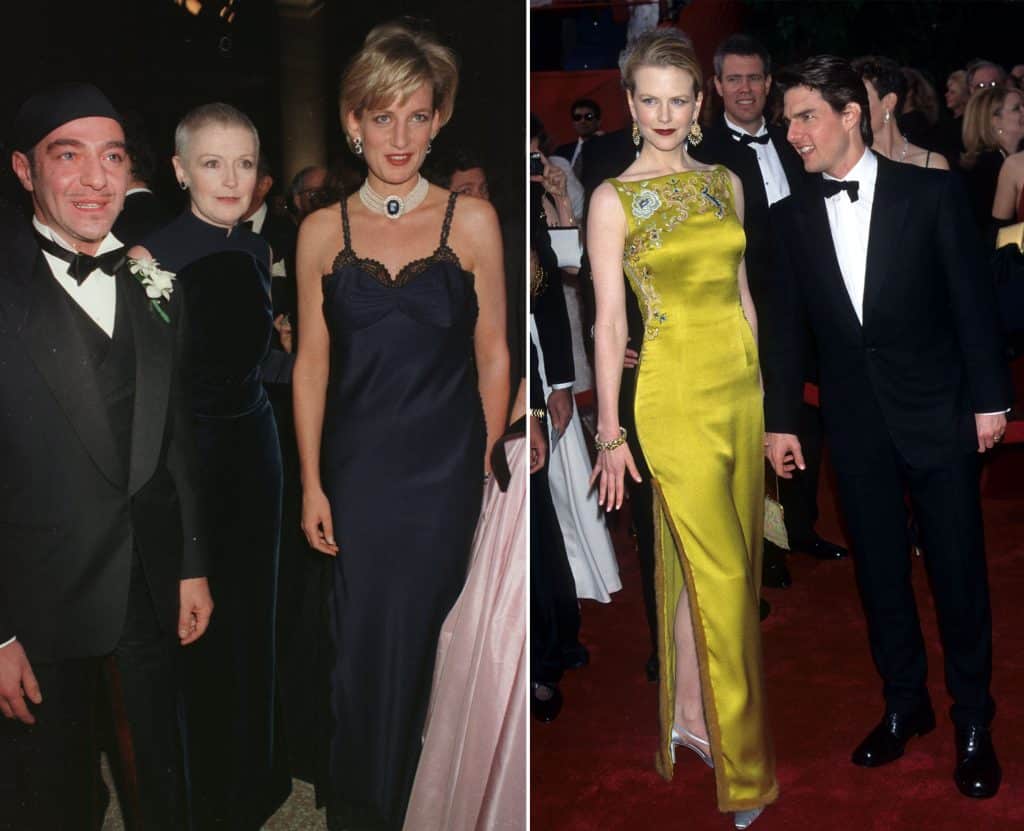 More than a decade later, after dozens of collections for his own label and a brief, uninspired foray at Givenchy, Galliano “dragged Dior screaming into the 21st century,” as milliner Stephen Jones, a longtime friend and collaborator, succinctly summed it up for fashion authority Colin McDowell. In just eight weeks (during which he drove the 60 skilled staff absolutely crazy), he produced 50 looks for Dior Haute Couture’s brilliant Spring/Summer 1997 Maasai collection, whose chapter in the book leads off with an image of the silk label sewn into the garments. The collection included the Absinthe gown that Nicole Kidman unforgettably wore to the Oscars and Jones’s priceless carved Samba-and-limewood trilbys, which, Taylor says, were “featured in Dior advertisements for many years. 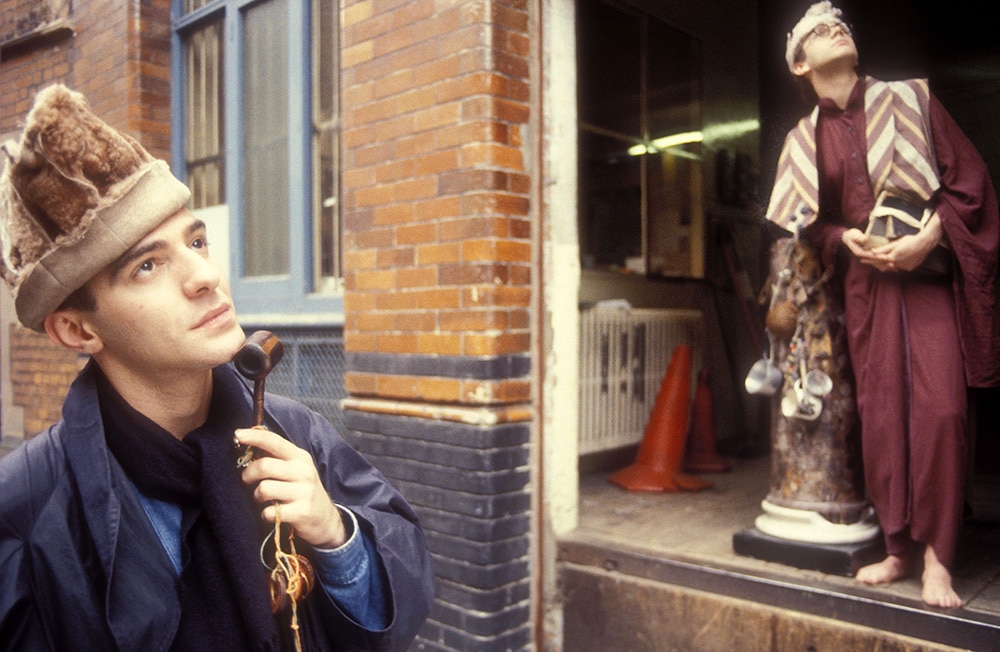 Galliano and a friend modeling items from his Afghanistan Repudiates Western Ideals collection, which they accessorized with Afghan hats. Photo by Paul Hartnett/PYMCA/Universal Images Group/Getty Images

“I’ve been rehearsing for this moment for fifteen years,” Galliano told British Vogue in April 1997. He went on to produce a mind-boggling eight collections a year for Dior, fantastic feats of unimaginable frenzy, each documented by Taylor. But in 2011, Dior fired him for unleashing an abusive alcohol- and drug-fueled tirade in a Paris bar. Galliano, speaking in court, apologized for his behavior, saying he does not espouse the racist and anti-Semitic views he expressed. 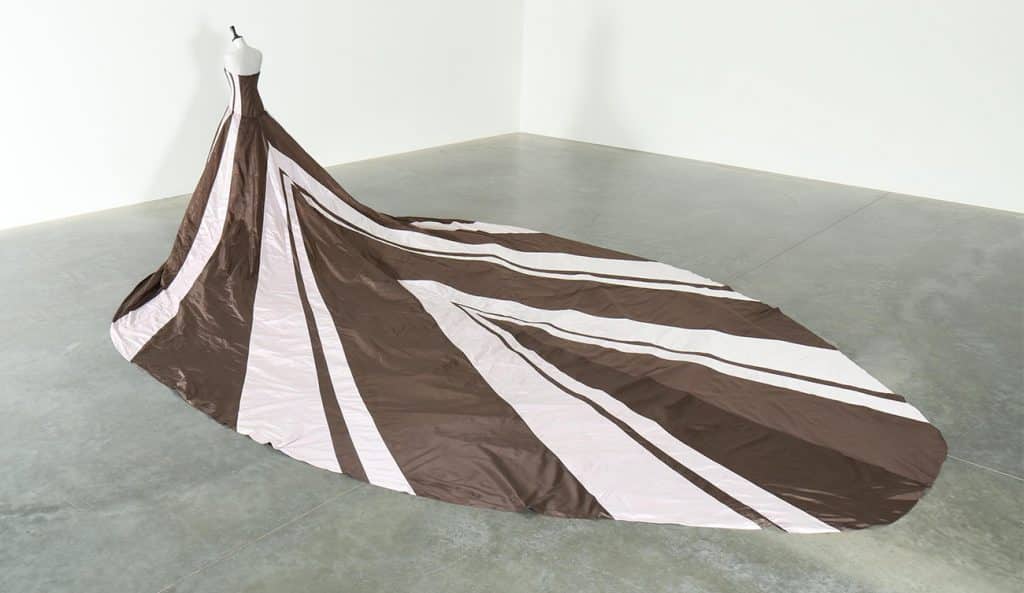 This striped taffeta dress, from the Givenchy Princess and the Pea collection, features a 16-foot-long train. Photo courtesy of Kerry Taylor Auctions

The final chapter, titled “Renaissance,” covers Galliano’s Spring/Summer 2015 Artisanal collection. It was his first for Maison Margiela, where he remains creative director, having recently extended his contract (revenues have doubled during his tenure, according to the brand). Taylor ends Galliano: Spectacular Fashion with a beginning. What his next chapters hold, only time will tell. In the meantime, Taylor’s book is a library essential, not just for anyone interested in fashion — shoppers, curators, collectors, educators, retailers — but also for those intrigued by the pleasures and perils of irrepressible creative genius. She has written a captivating, research-driven monograph, collection by collection, with curatorial perfectionism, achieving what is quite possibly the first fashion catalogue raisonnée. Most importantly, Taylor’s passion for fashion is manifested in her undimmed love for one of its most audacious masters. 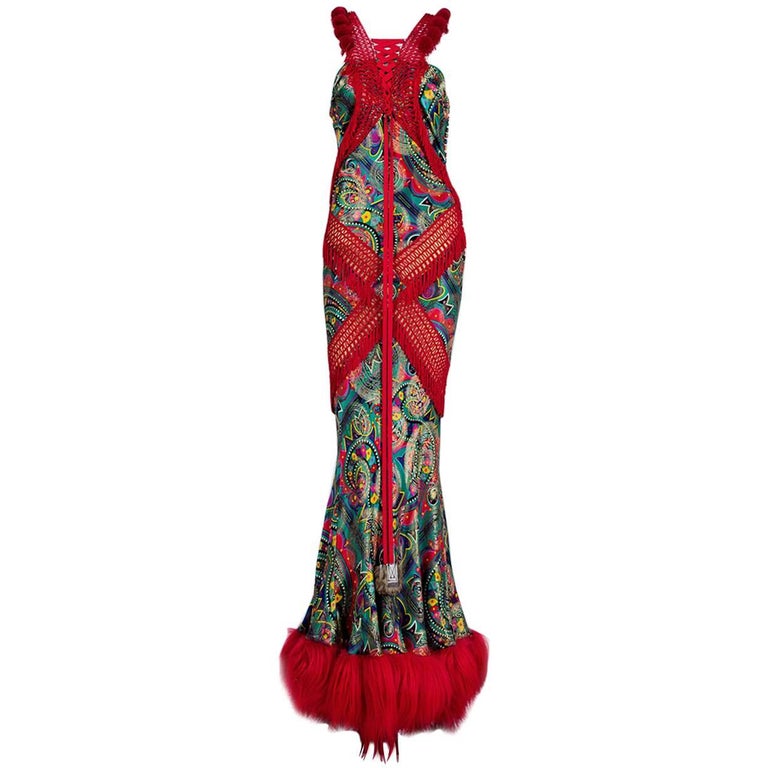 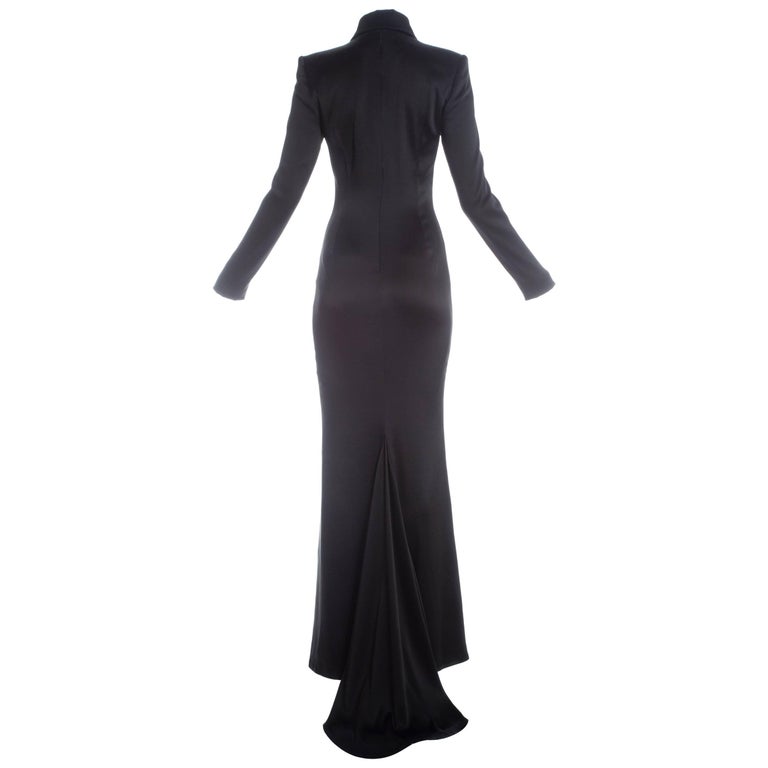 Shop Now
Givenchy by John Galliano black silk evening dress with train, Autumn/Winter 1996, offered by One Of A Kind Archive 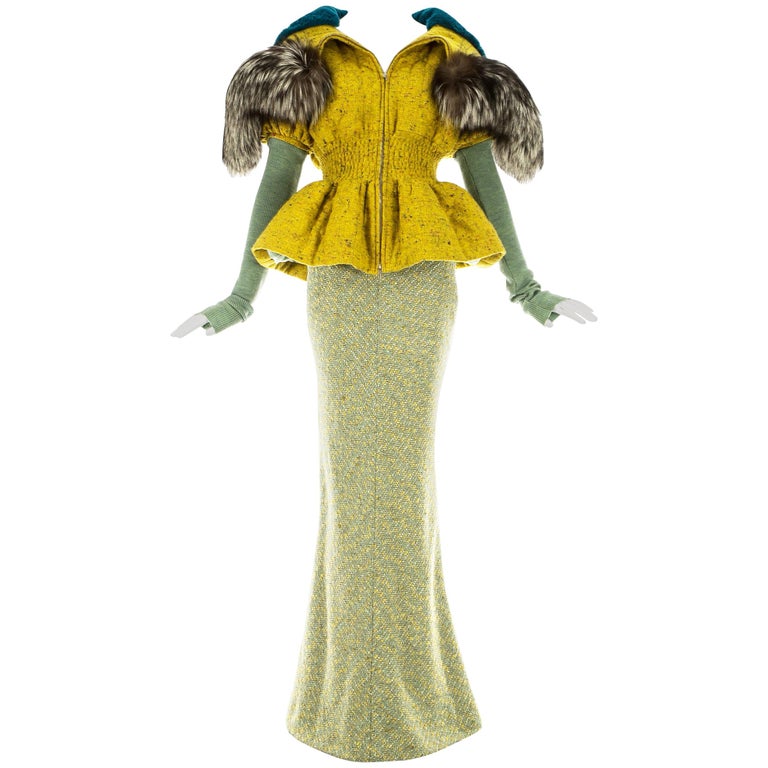 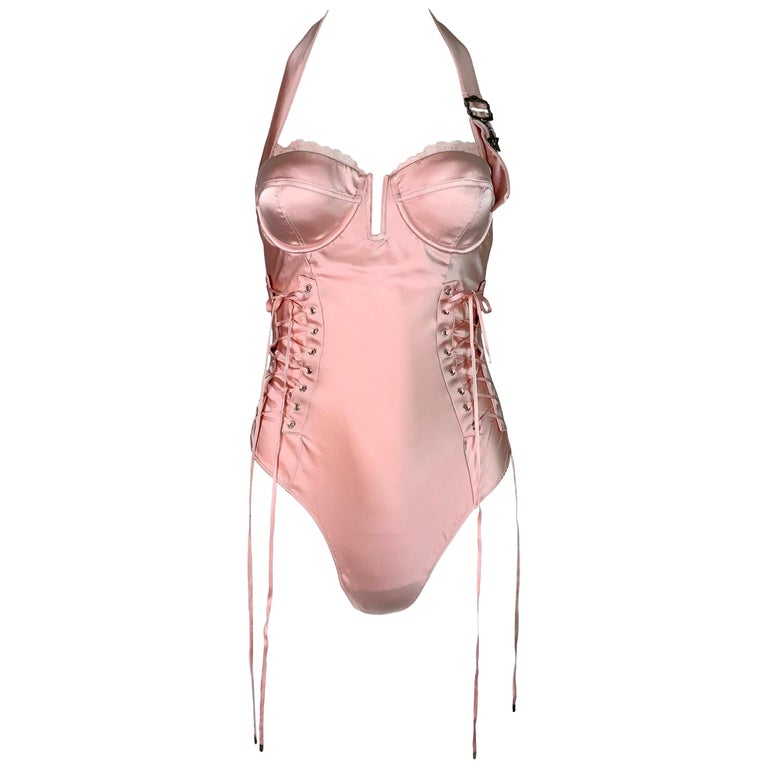 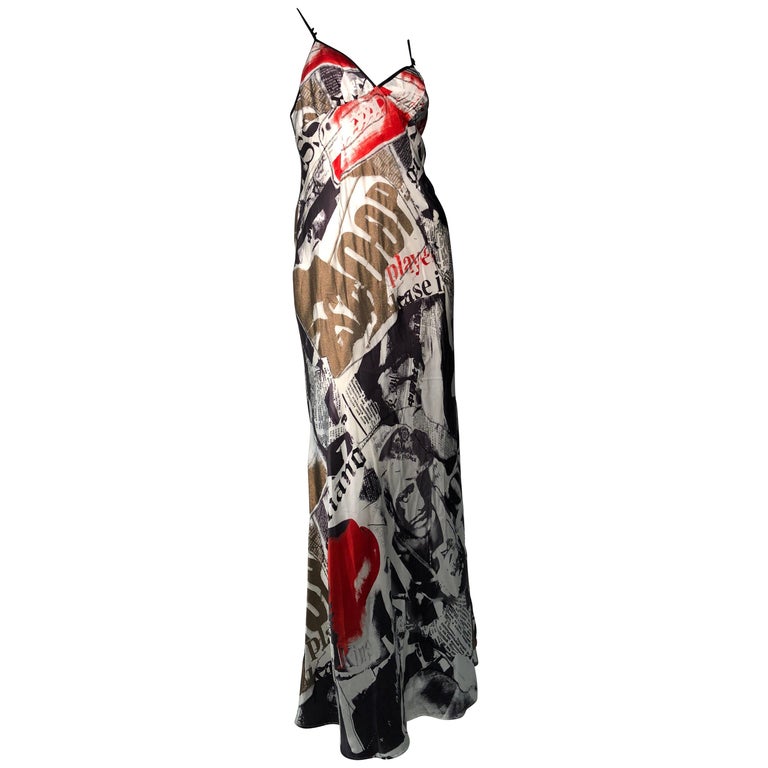 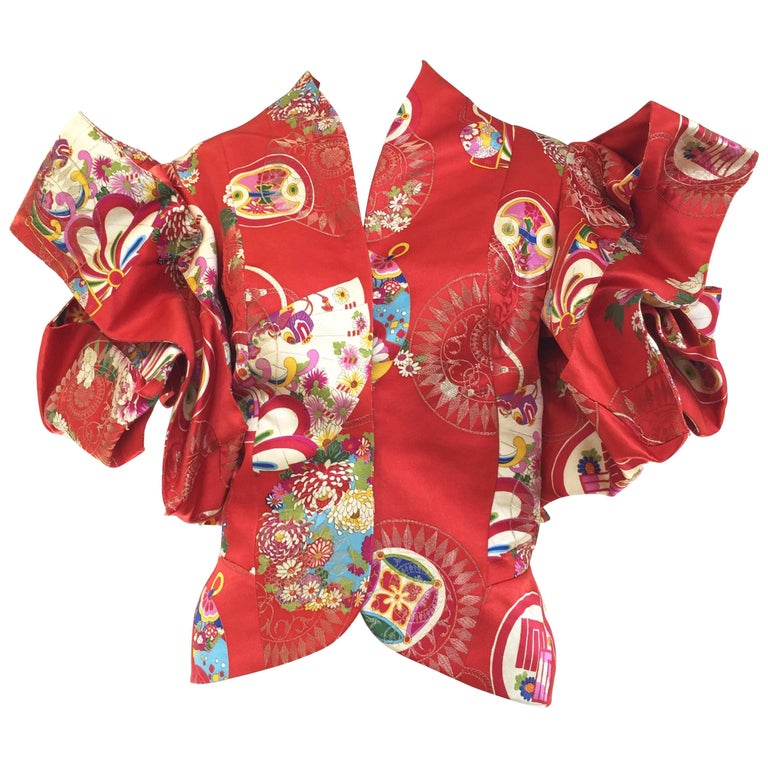 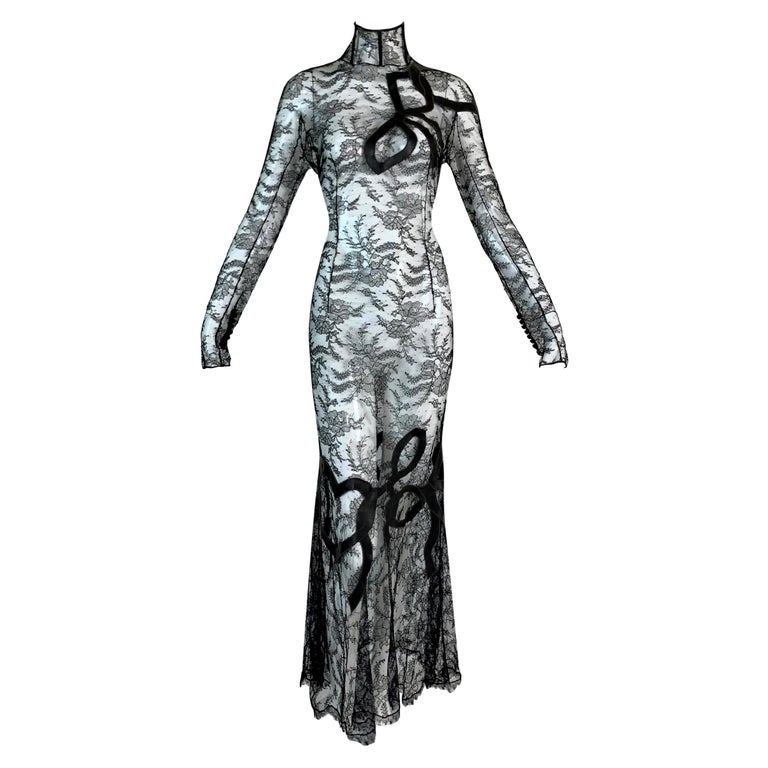 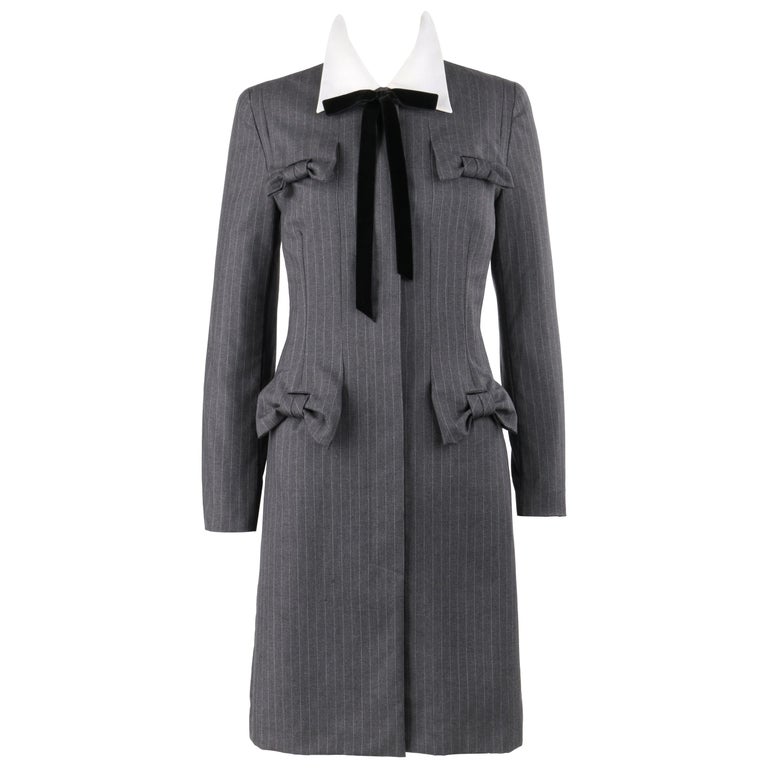 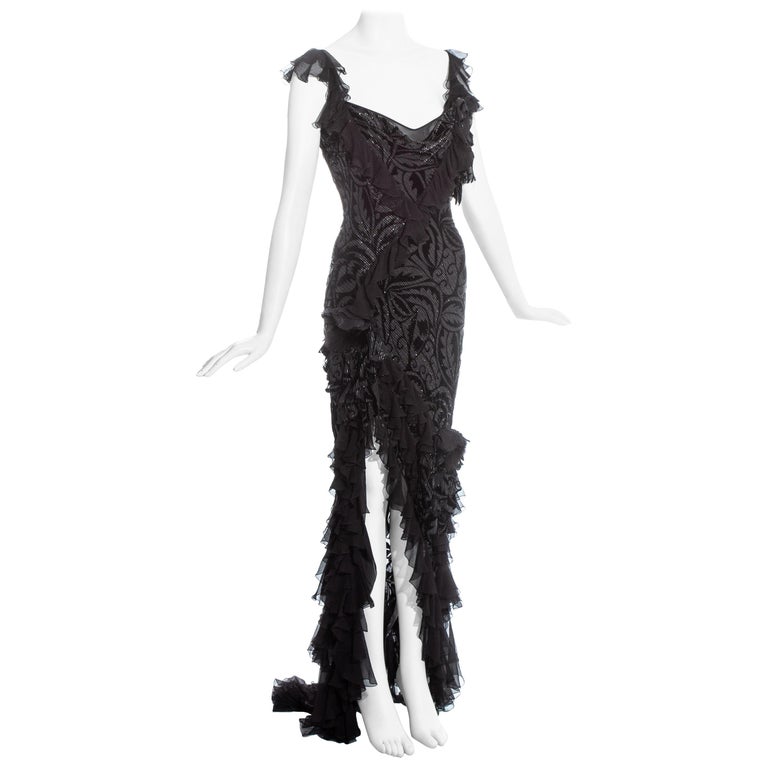 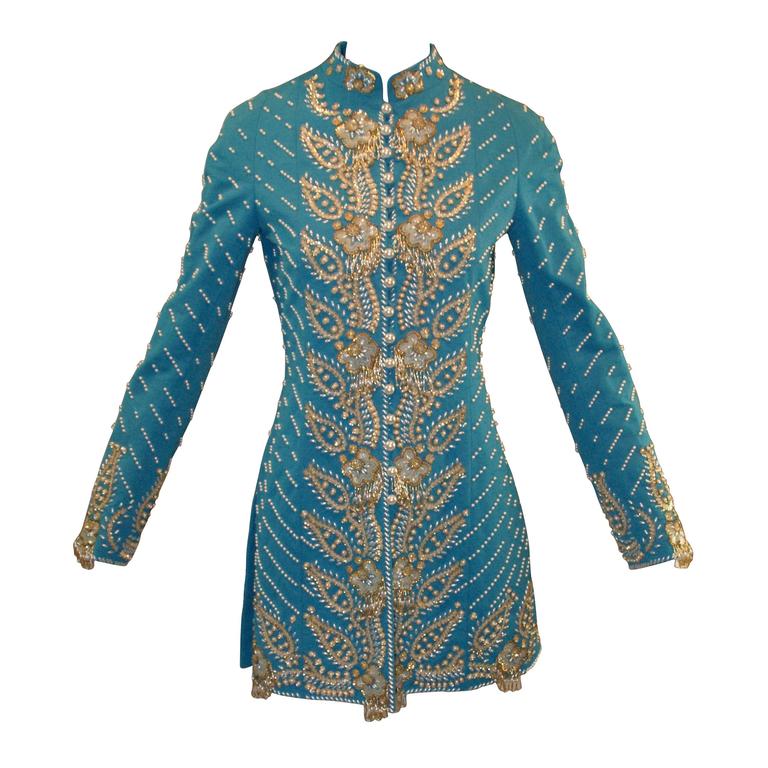 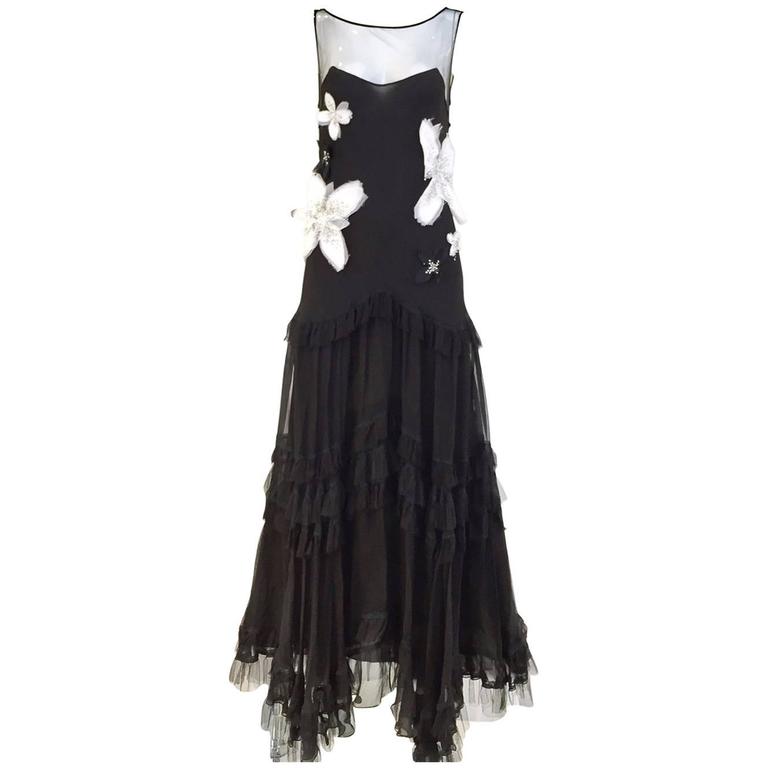