Queen of the Fashion Forward 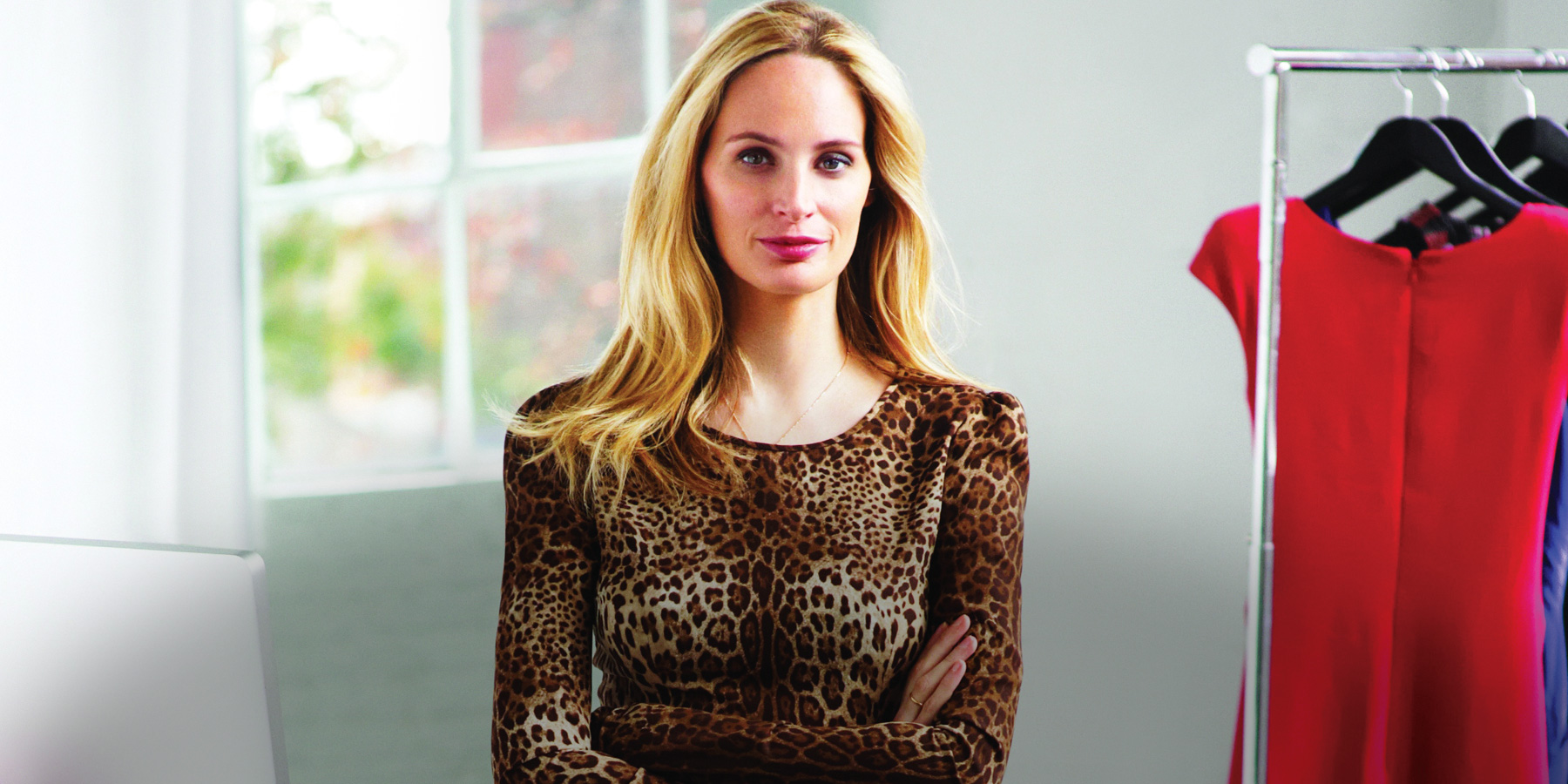 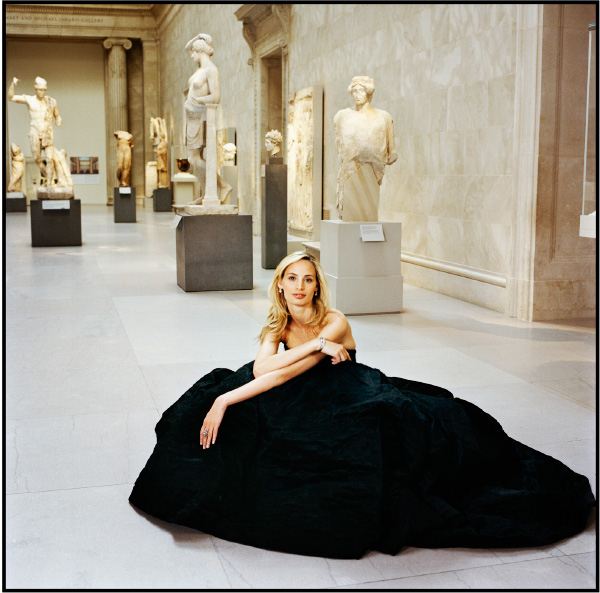 May 2011Lauren Santo Domingo was photographed in a billowing Rochas gown at the Metropolitan Museum of Art in 2004 for a Vogue story about the latest generation of socialites. Photo © Jonathan Becker, top photo by Stewart Shining

Lauren Santo Domingo has seen the fashion industry from all sides. In her more than 10-year career, she has been a model, worked as an editor at Vogue, attended countless runway shows, become close friends with the likes of designers Proenza Schouler and Olivier Theyskens and been photographed on as many red carpets (in her own impeccable wardrobe) as most starlets. So it may come as no surprise that the ever-chic socialite’s newest project, which she considers her most challenging and exciting yet, is that of online fashion entrepreneur. Following in the footsteps of Vera Wang and Tory Burch (two Vogue graduates who turned their industry experience into fashion empires), Santo Domingo recently launched Moda Operandi, an invitation-only website through which members pre-order from the collections of the world’s top designers immediately following their runway shows — in other words, before anyone else can. (The exclusive 36- to 72-hour online trunk shows offer ready-to-wear clothing, accessories and jewelry.) For women who don’t live in fashion capitals or cannot attend trunk shows, it is poised to redefine high-fashion shopping. 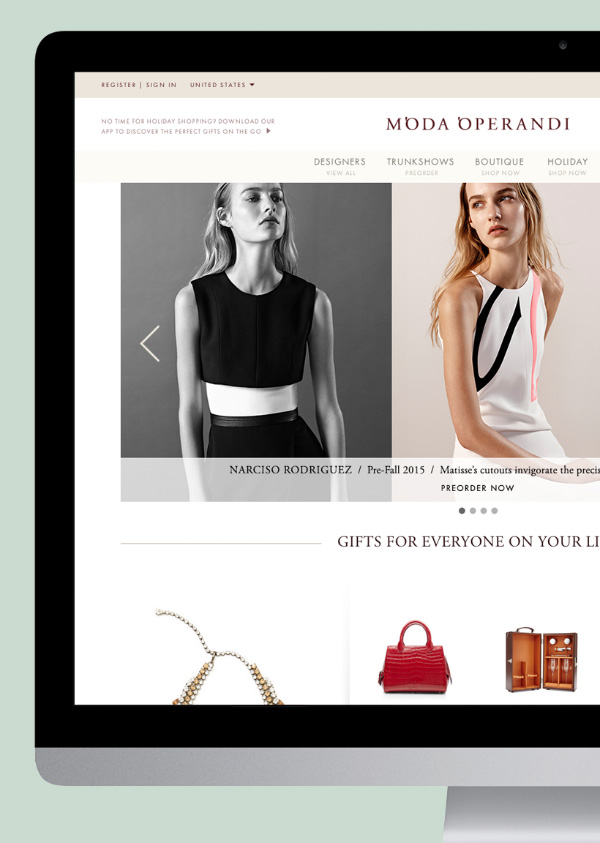 Santo Domingo was born and raised on the East Coast, attended boarding school in Kent, Connecticut, and spent summers with her family in Laguna Beach, California. Her father, Ronald Davis, founded Landmark Springs, a bottled-water company that sourced from American springs. He launched brands such as Poland Spring, Arrowhead, Ozarka and Calistoga and later sold the company to become the chairman and CEO of the Perrier Group of America. His marketing skills had an impact on his daughter, and she says many of the business lessons she learned from her father are surfacing now as she builds Moda Operandi. Santo Domingo’s mother’s family is comprised of PhDs, scientists and doctors. “They say intelligence comes from the mother’s side,” she deadpans, “but I think I inherited my looks from that side instead!”

Toward the end of high school, Santo Domingo started modeling, appearing in the edgy teen magazine Sassy. “It was the height of the nineties teenage rebel/angst moment, and I so wanted to be a rebel,” she says with a laugh, recalling her combat boots and flannel shirts. After graduating from the University of Southern California with a degree in history, Santo Domingo moved to New York and continued modeling. (A highlight? Being cast opposite Brad Pitt in a series of Japanese denim commercials.) Eventually, she found that while on set, she enjoyed working behind the camera with the shoot’s stylist more than she did being in front of the camera as a model. When a job opened as an assistant at Vogue, she quickly sent in her resume. (She remains a contributing editor there today.)

“In the way 1stdibs brings art and antiques to people who may not have time to go to Paris or to auctions, Moda Operandi brings trunk shows to women who can’t go to them in the middle of the afternoon or don’t live near department stores.”

At Vogue, Santo Domingo blossomed into both a powerful fashion editor and an in-demand society girl. It was also during her tenure there that she met her future husband, Andrés Santo Domingo, a handsome Colombia-born music executive and scion of one of the richest families in Latin America. The couple was married in 2008 in Cartagena, and the event was called the “Wedding of the Decade,” with a guest quoted in the 10-page Vogue feature on the nuptials saying, “I don’t know what anyone could do to top Lauren and Andrés’s wedding — except get married on the moon.” 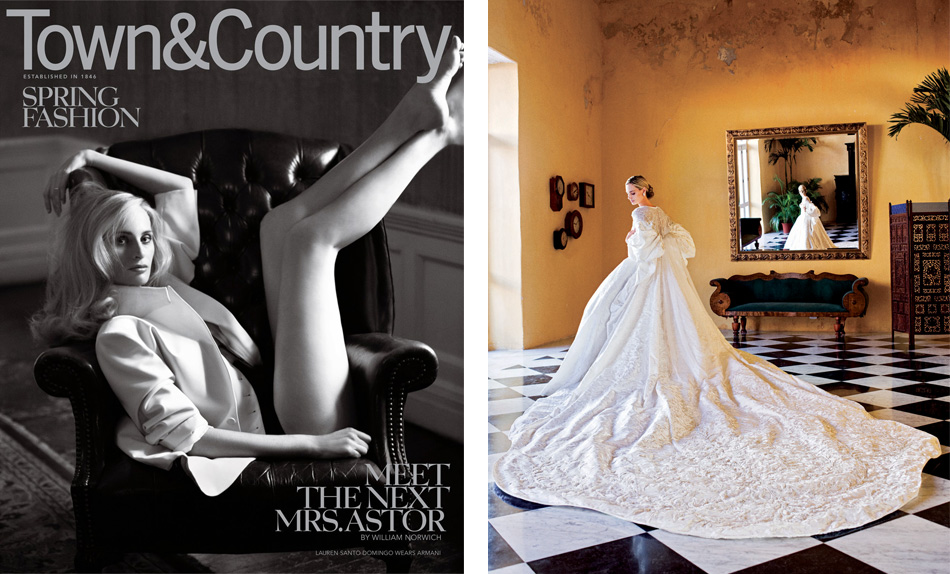 Left: Santo Domingo served as cover girl for the March 2011 issue of Town & Country. Right: Santo Domingo posed in her wedding dress and coat, designed by Olivier Theyskens for Nina Ricci, at Casa Conde de Pestagua, in Cartagena. Photo by by Arthur Elgort, The World of Vogue: People, Parties, Places

Although Santo Domingo recently gave birth to a baby boy (born on April 27), she jokes that he is actually her second baby of the year, her first being the launch of Moda. “In the way 1stdibs brings art and antiques to people who may not have time to go to Paris or to auctions,” she explains, “Moda Operandi brings trunk shows to women who can’t go to them in the middle of the afternoon or don’t live near department stores.” So far the concept has been a hit, with collections by such cult favorites as Alexander Wang, Isabel Marant and Prabal Gurung selling quickly. “Moda Operandi empowers our members in a way that no other site has ever been able to before,” Santo Domingo explains. “They’re able to order from the full runway collections, which means they don’t have to rely on the edits made by stores and they’re able to plan their wardrobes in advance by securing the pieces they love in the sizes they want.”

Santo Domingo has always had an eye for design.  “I am a very visual person, and I’ve been keeping scrapbooks since I was in high school,” she says. “I can’t remember a name or a face, but I can remember what everyone was wearing at any event!” Santo Domingo’s scrapbooks are such a well-known part of her life that the New York Times recently ran a story on them. Just like socialites Deeda Blair and Cecil Beaton before her, she spends hours tearing out images and pasting them together into books that end up looking like eccentric editorials. She is also a voracious reader of novels; her favorites include War and Peace, The Fountainhead and, in her words, “a trashy novel called Forever Amber.” Literary heroines include Lady Brett Ashley, Dominique Francon and Blair from Brett Easton Ellis’s Less than Zero. Santo Domingo also loves art and says art magazines are her Us Weekly. She admits that blogs are another obsession: “It can take an hour or so to get through the design, fashion and mommyhood blogs I surf every day.”

Santo Domingo appeared on the cover of the March issue of Town & Country, with a headline proclaiming her, in bold letters, “The Next Mrs. Astor.” When asked about it, she blushes. She confesses that Nan Kempner, Carolyn Bessette and her mother-in-law Beatrice Santo Domingo round up her personal list of style icons, and, when pushed, she admits that she’s flattered when compared to Brooke Astor, who was known more for her philanthropic good deeds and sharp intelligence than for the clothes she wore or the parties she attended. “At the end of the day,” says the budding fashion entrepreneur flashing a megawatt smile, “it’s the best compliment I could be given.”