Louisa Guinness Wants You to Wear Your Art Collection 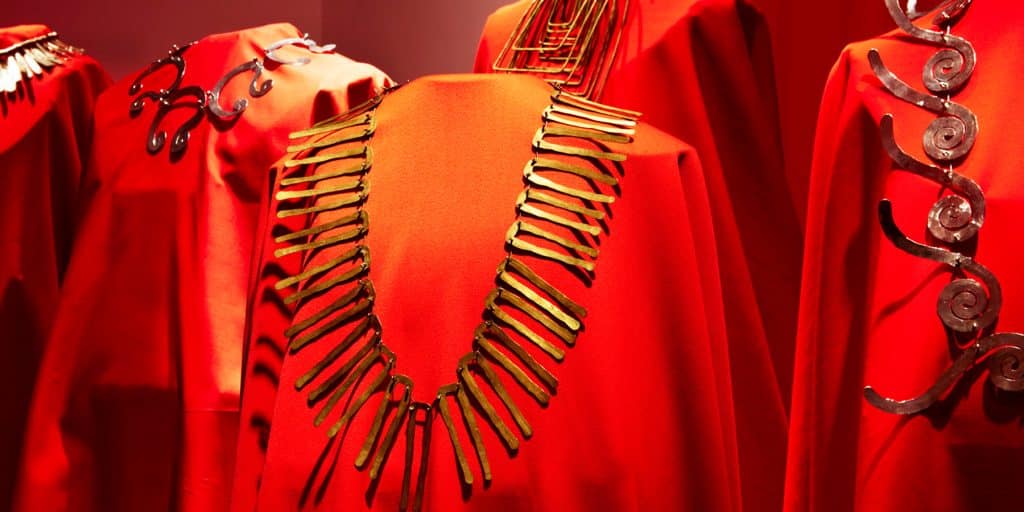 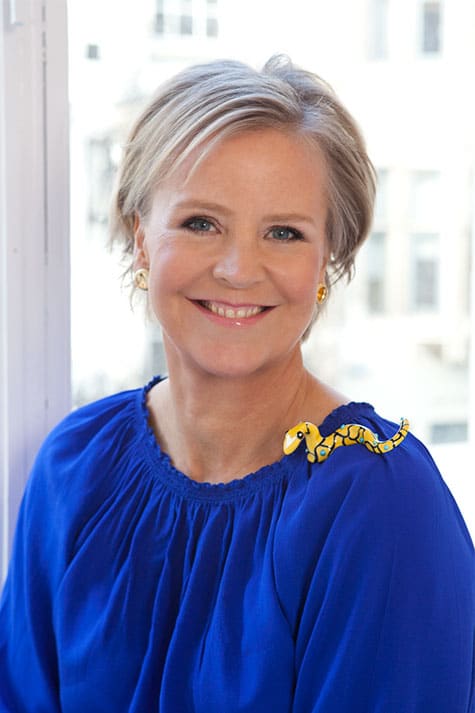 Louisa Guinness is clearly enjoying life as a dealer in jewels designed by painters and sculptors. Among the artist-created pieces she is currently selling at her spacious, light-filled gallery in London’s Mayfair is a pendant shaped like a partially eaten cracker, designed by former YBA Gavin Turk. Named Taking the Biscuit, a British idiom that refers to something that is the worst example of its kind, the cast-in-gold snack is an amusing, gently provocative send-up of the artificial hierarchy of high art and low.

It could be said that Guinness herself is challenging the hierarchy of art, decor and personal adornment by working with such artists as Claude Lalanne and Anish Kapoor. Lalanne’s mauve anodized-copper bracelet, with its open-winged butterfly ready to perch on your wrist, has the same charm as many of the chairs, mirrors and tables she designed with her late husband, François-Xavier, while Kapoor’s concave rose-gold Water Ring, Form I, large, produces the same optical effects on the wearer’s finger as do his famous large-scale sculptural works.

“Jewelry provides a way of making small objects that are like sculpture on the body,” explains Kapoor, who figures prominently (and not surprisingly) in Guinness’s new book, Art as Jewellery: From Calder to Kapoor (ACC Art Books). Among the others included are noted surrealist Max Ernst, who seems to have designed jewelry with new eyes: His birds and fish have a lightness of spirit not evident in his canvases. Alexander Calder, on the other hand, approached everything he turned his hand to — mobiles, stabiles, a miniature circus and jewelry — with equal attentiveness and joy. He deserves his spot at the top of the artist-jewelry market, with prices reaching into the six figures: high perhaps for a brass ornament but not for an artwork by a modern master. 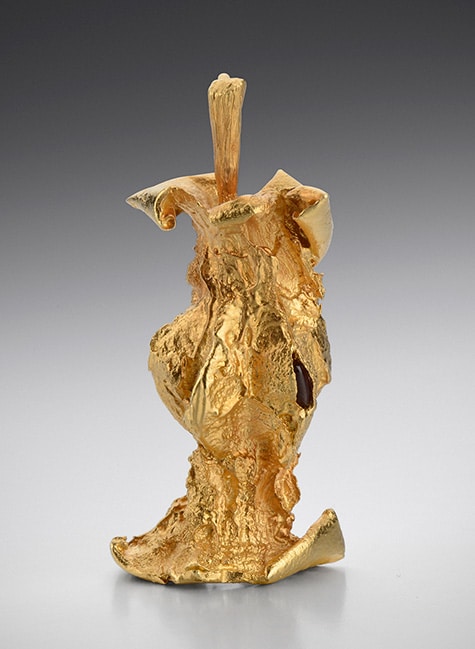 “There are of tons of contemporary-art collectors but relatively few people forming collections of jewelry by contemporary artists,” says Guinness, explaining the impetus behind her book. “I’ve tried to make something that’s easy to read, with a great many good pictures, because I want people to get interested.” They are bound to. The text is breezy, the images arresting and often beautiful. The book draws the reader into the aesthetic world of such jewelry designers as Picasso, Louise Nevelson, Frank Stella and Ai Weiwei. Naturally, it includes pieces by the 20 living artists with whom Guinness is currently embarked on projects, such as Dinos Chapman and Marc Quinn.

“I love working with creative minds,” Guinness says. “I like the roads they take me down.” Enthusiastic and encouraging, she is nonetheless practical, a trait that has made her a successful dealer. “I try to help artists create what they want, but I also want people to be able to wear the artwork that results,” she explains.

Guinness has built her business while raising her three children, now 10, 12 and 13, with husband Ben Brown, a prominent London art dealer. Family is very much part of her story.  In fact, she dedicates Art as Jewellery to “my fellow parents who I spot alongside me dragging children around museums during holidays.” “Don’t give up,” she writes.  She is certain that this education of eye and mind will serve them well.

We recently met in her gallery, an elegant suite of rooms in which pieces of artist jewelry are individually displayed in spotlighted wall niches. They enliven the space, yet the overall effect is serene. We settled down on a large sofa to talk about her career, the book and the delights and challenges of working with artists. 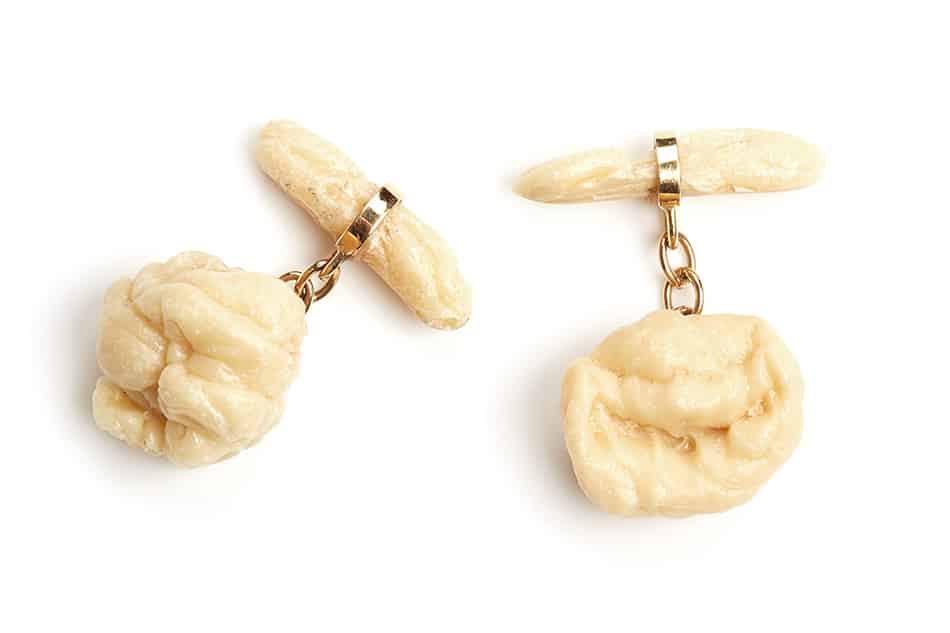 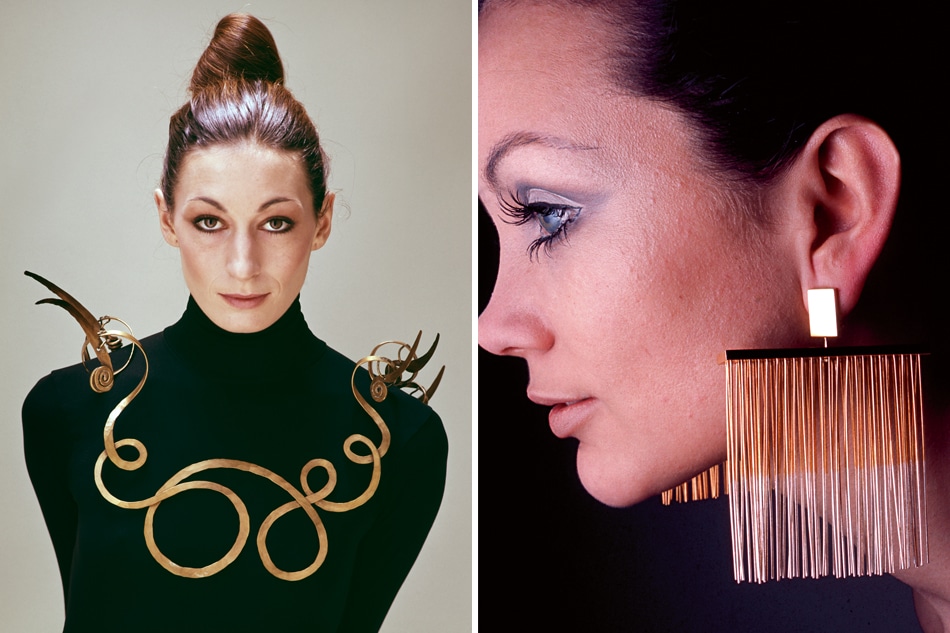 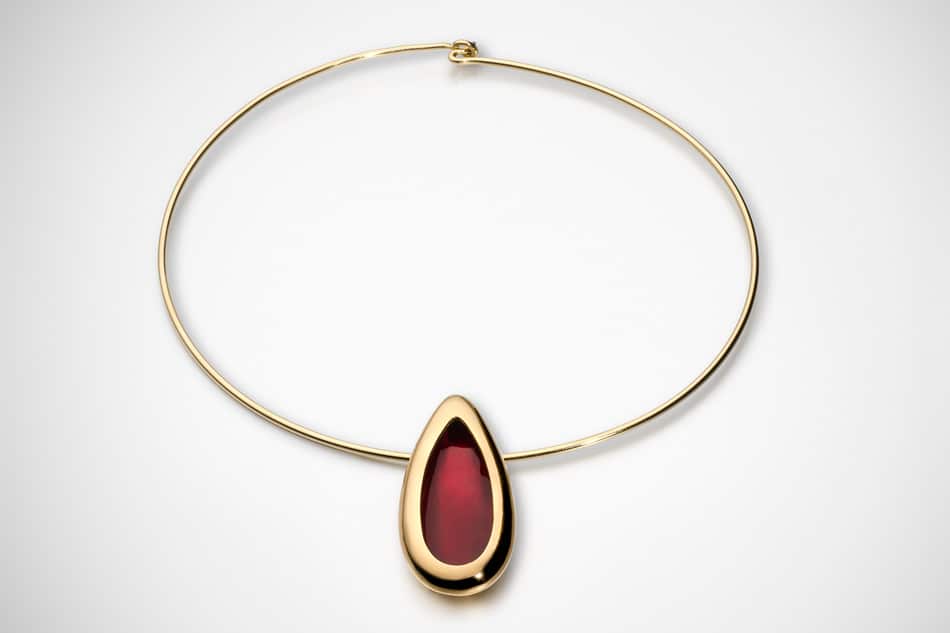 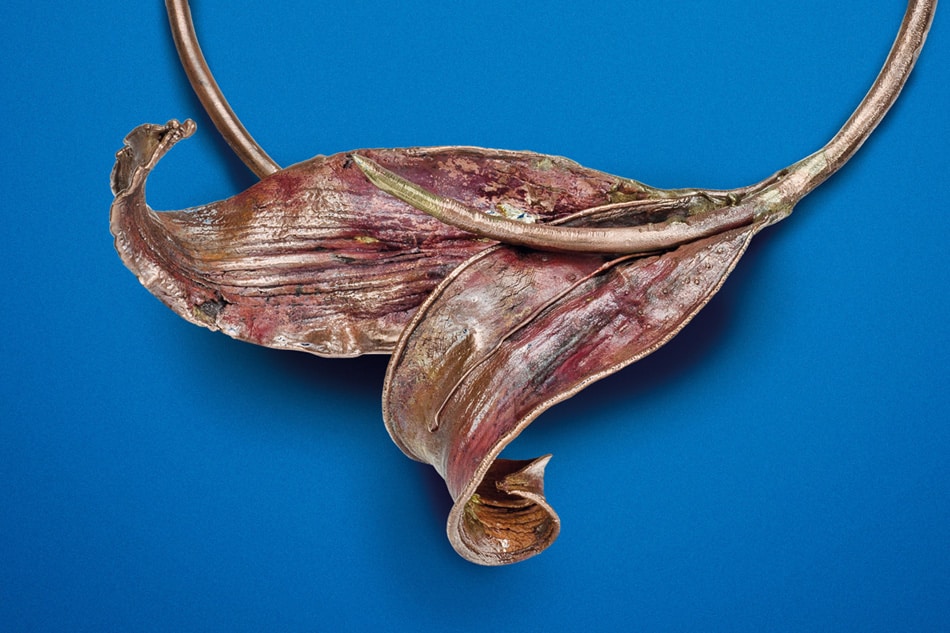 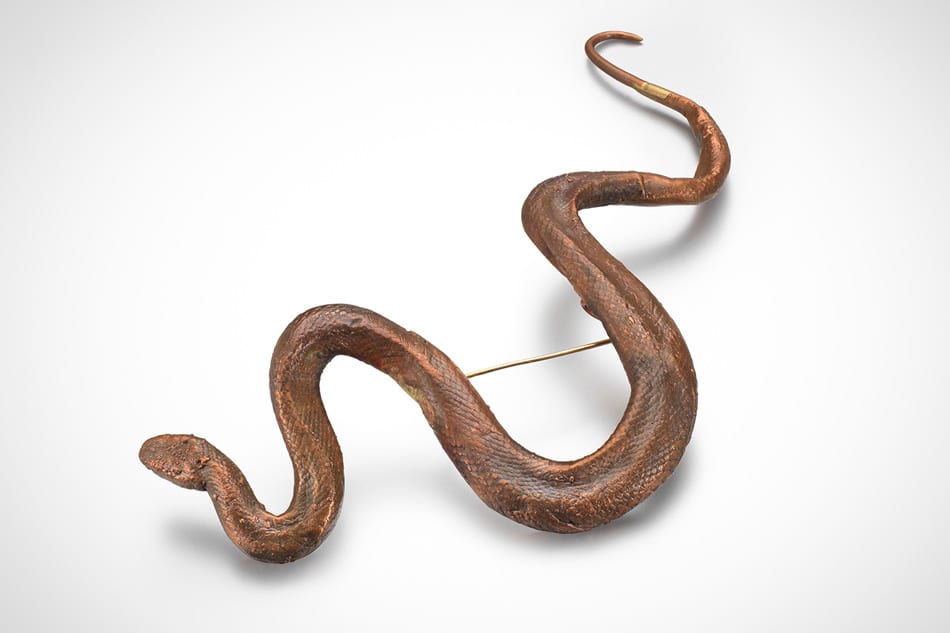 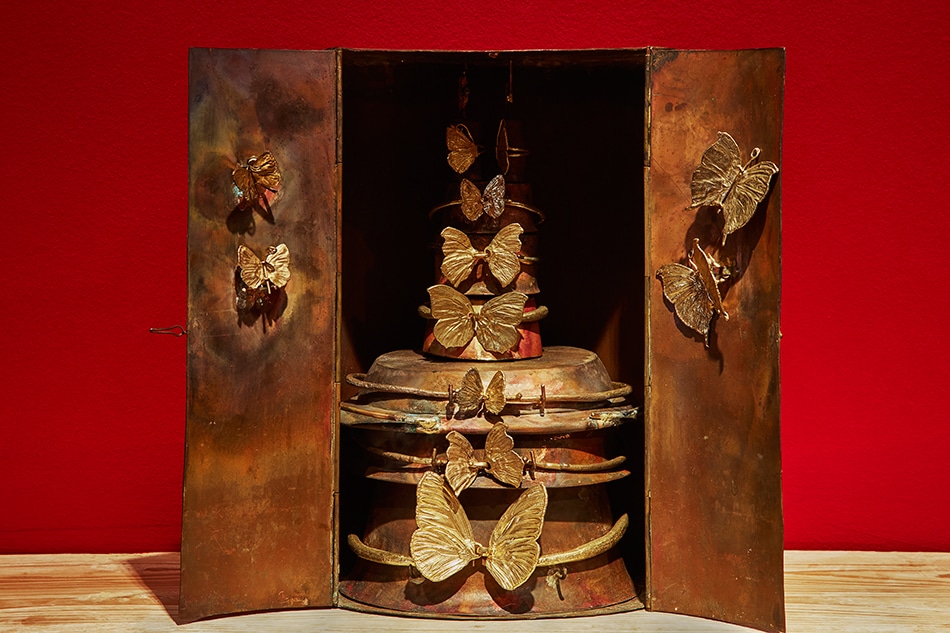 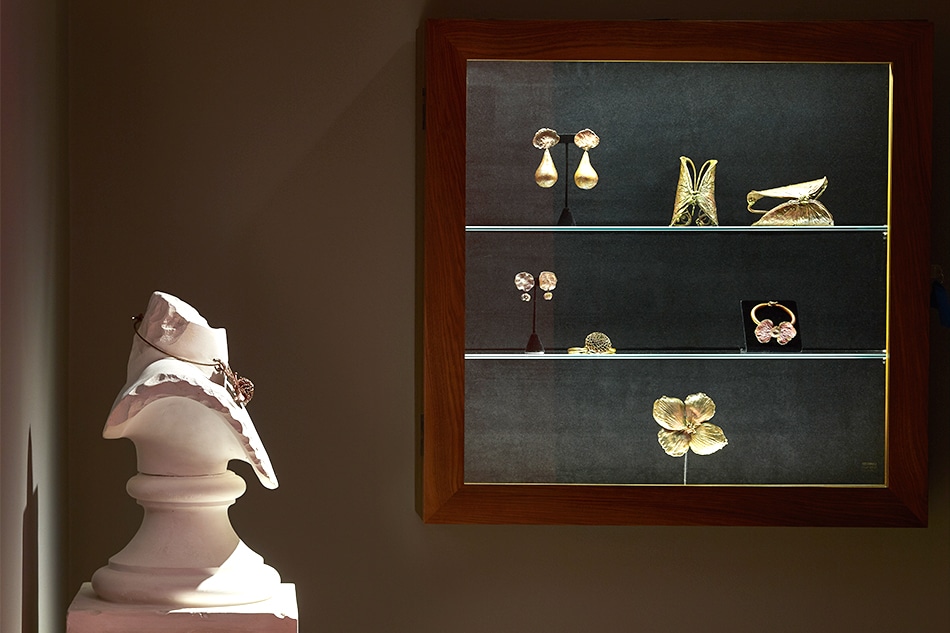 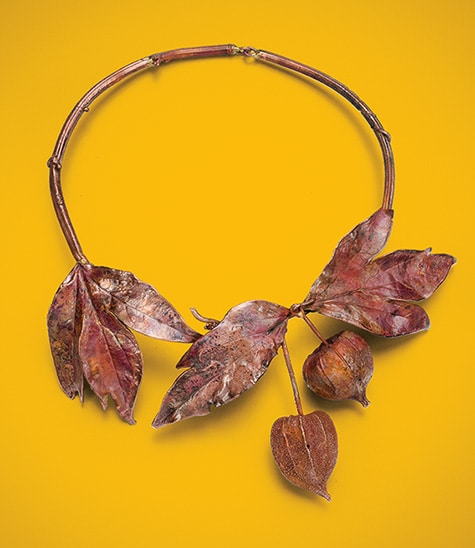 You’ve had an interesting career trajectory.

I have always worked, and I love it. I was a stock broker specializing in small Asian markets for 12 years, living in Hong Kong and San Francisco until I returned to London in 2000.

Plenty of changes followed. You opened a shop on Sloane Avenue that sold furniture designed by artists like Donald Judd. In 2002, you married Ben Brown, and two years later came your first child.

After I started having children, I closed the shop.

How did you get involved with artists’ jewelry?

In 2003, I decided to ask Tim Noble and Sue Webster, Anish Kapoor and Gavin Turk to design jewelry for a Christmas show at the shop. It was called “Past and Present,” and it was a great success.

You sound as if you were surprised.

I was. And pleased. It encouraged me to go on. I realized that I had hit on something that was quite special and interesting — and that, unlike selling artist-designed furniture, not many other people were doing. I pursued it.  I would do a project with one of them and have a child, do another project and have another child. 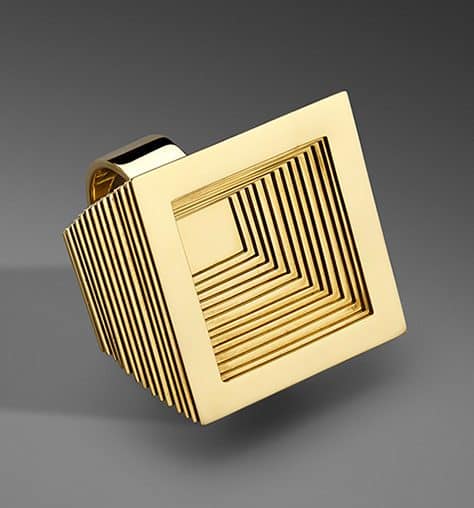 Did the boundaries always stay so tidy?

When they didn’t, I could put a project on hold. I was lucky — I wasn’t relying on the income as such. I had made some money in finance. I built the business slowly, slowly. It helped having a bit of marketing experience. Also, with a business hat on, I realized that as I was learning about artists’ jewelry, I would have to keep my overhead low. I worked from home. The only sales I made were pure profit. The only expenses were my time.

You had to pay to have the jewelry made.

I did, but making prototypes was not all that expensive — except with Anish Kapoor. [She laughs]

Not only did he want to work in twenty-two-carat gold, but the rings we were making were huge. As I was developing the business slowly, I could manage: We could make one or two things. Then I started doing fairs, and momentum built. I participate at such fairs as Design Miami/Basel and Design Miami. And I show a few things at Ben’s stand during TEFAF Maastricht. 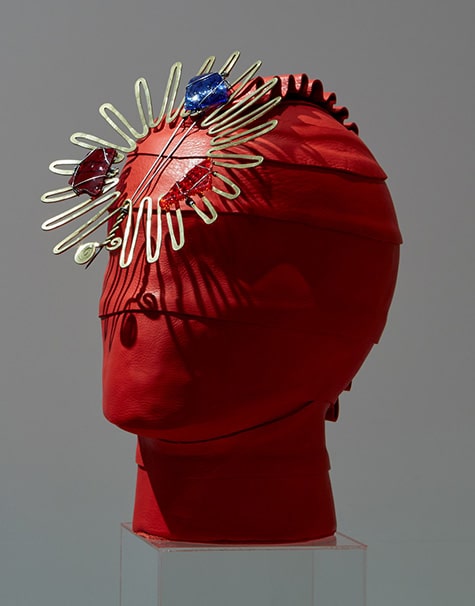 You seem to have a flair for presentation.

Display is such a big issue. If you don’t make the pieces look good, people will not be interested, but if you show too much, it looks like a toy shop. I’ve learned, I’ve learned.

Last year, your gallery staged a dramatic Calder show. Performance artists ornamented with his jewels swirled around at the party.

The whole thing about Calder jewelry is that it must move, it has to be worn. And it is fabulous to wear. He is such an important artist. He made everything himself. Each piece is unique. I’ve been collecting and selling his work for years. People offer them to me, others come looking for pieces.

Clearly, Calder is an exception to your rule of working only with contemporary artists and those who design but do not make.

He is not the only one. There is Man Ray, for example. There will be more. I have just signed a new lease on the gallery. Next year, all my children will be in boarding school. I intend to expand my new line, LG Treasures, with its secondary-market pieces and artist-fabricated jewels by such brilliant makers as Andrew Grima and John Donald.

I have another future plan, too. I will do smaller editions by contemporary artists. To begin with, I had to do larger ones to make it pay. Now, it is becoming an important-enough genre to limit the number and charge more. Collectors like the idea, and so do the artists.