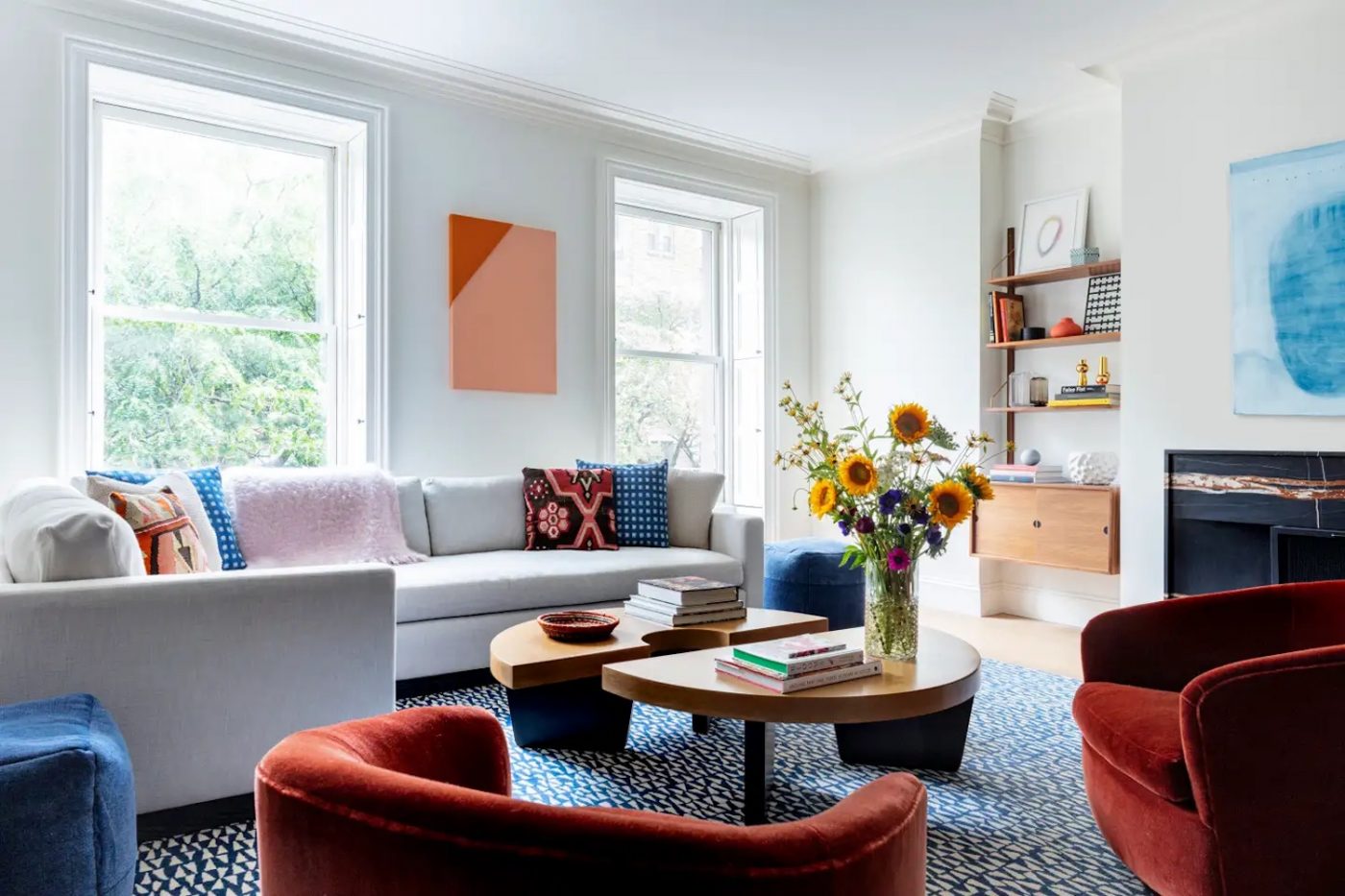 The still lifes’ eclectic mix of blooms serves as a model for the New York–based designer’s modern-leaning style.

October 10, 2021Given her lineage, it’s no surprise that interior designer Lucy Harris has always had a strong sense of home. The Boston-area native’s great-grandfather was a landscape architect who once worked with Frederick Law Olmsted. His daughter, Harris’s grandmother, was an interior decorator and furniture designer who taught all her kids, including Harris’s mother, to craft their own dining tables, chairs, benches, beds and even cabinetry. “They practically made all their own everything,” Harris recalls. “Bicycles, kayaks, furniture!”

The family’s love of home and design perhaps started with Harris’s great-great-grandparents on the same side, who were the owners of a Beacon Hill townhouse that is now the Nichols House Museum. However, it was an Arts and Crafts home in Ipswich, Massachusetts, built by her great-grandparents and passed down to her grandmother, Harris says, that acted as her first introduction to design. “It had secret passageways and trapdoors, and everything was made by hand — literally everything was hand-carved within this house.”

Aside from the sheer fun of the nooks and crannies, the home taught her a much deeper lesson about the power of design. “Home was very much a personal expression,” she notes. “For me, interior design was a natural evolution of all the art that I did growing up and my love of everything home.”

Harris earned a bachelor’s degree in religious studies from Macalester College, in St. Paul, Minnesota (in part, she reports, so she could later have cocktail party conversations about something other than her career). Although religion may seem to have little to do with interior design, she sees a strong connection. “Religion isn’t theology,” she explains. “It’s really a point of view — how you see the world. I need to understand how my clients see their world and what they want their world to be.”

Not yet ready to start down a career path, she jetted off to Rome, where she taught English as a second language and met her now husband. Upon her return to the States, she earned a master’s in interior design from Pratt Institute, in New York, eventually working as an associate at Meyer Davis studio before launching her own firm, based in Manhattan’s flower district, in 2012.

Harris is known for her eclectic sensibility, combining seemingly disparate objects and styles in arrangements she likens to the “impossible bouquets” of the Dutch masters, who painted flowers that couldn’t possibly exist together in a single vase. Among her other influences, she cites furniture designers Tobia Scarpa, Joe Colombo and Pierre Paulin, as well as styles like Bauhaus, Scandinavian and Memphis. Fittingly, her favorite periods include the modern and postmodern.

These affinities are evident in a penthouse she designed in Manhattan’s Chelsea neighborhood that she describes as “eclectic modern.” The aesthetic blossomed from a conversation with the client, Harris recalls: “She came to me and said, ‘If I’m left to my own devices, I will paint the walls hot pink!’”

Tasked with reining in her client’s instincts, Harris aimed to integrate gutsy color with a sense of sophistication. To this end, she made the focal point of the living room a bright blue Patricia Urquiola for B&B Italia Tufty-Time modular sofa. (Harris reports the client was so in love with the piece that she literally jumped up and down on it the first time she set eyes on it.)

Harris covered the existing wood-burning fireplace opposite the sofa with custom tile work, juxtaposing the sofa’s soft squares with the tiles’ hard, rectangular lines. She added a dash of whimsy with an Azadeh Shladovsky stool in polished nickel and sheepskin and tempered the energy of the bolder statement pieces with sleek but substantial handcrafted bronze Baltic side tables by Gentner.

She also gave the client a dash of that longed-for pink by adding a custom fuchsia bench.

Making design wishes come true is a perk of the job. Harris counts working with an interior designer on her own childhood bedroom as one of her most influential experiences. “I just loved it,” she says, “and I remember telling my parents I wanted to be an interior designer.”

Today, it’s Harris who is the grown-up designer of a contemporary and serene but decidedly feminine little girl’s bedroom in a pied-à-terre in New York’s West Village.  She covered the walls in a soothing wash of Farrow & Ball’s Pink Ground paint (a new mom, Harris recently used the same color in her daughter’s bedroom), adding excitement and surprise on the ceiling with a flutter of 3D butterflies hand-painted by decorative artist Caroline Lizarraga.

Using Pierre Frey’s Leo splatter pattern on the Roman shades and a mix of floral pillows on the daybed, Harris created a feeling of youthful exuberance against the calming backdrop. A faux-marble Cappellini Bong table adds just a touch of sophistication, as if anticipating that someday, the room will need to transition to that of an older girl.

Harris says the people she grew up around were constantly reenvisioning their domestic environment — “always thinking about how to make it a better home.” When it comes to her own work, much the same could be said. 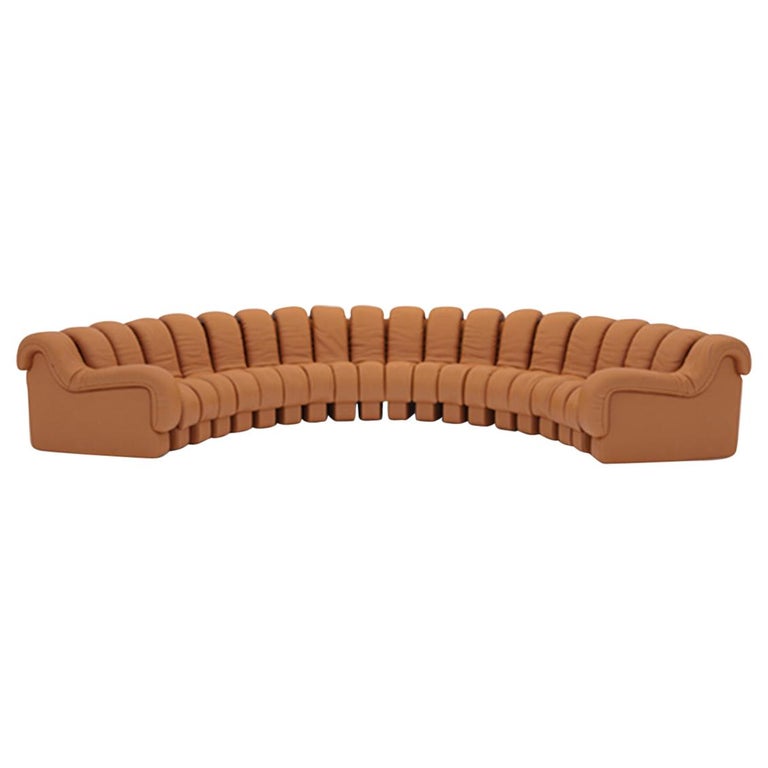 “This is hands down my favorite sofa — it has such personality! The original de Sede leather is so soft you just melt into it! And if you’re a designer, it lets you play with the shape.” 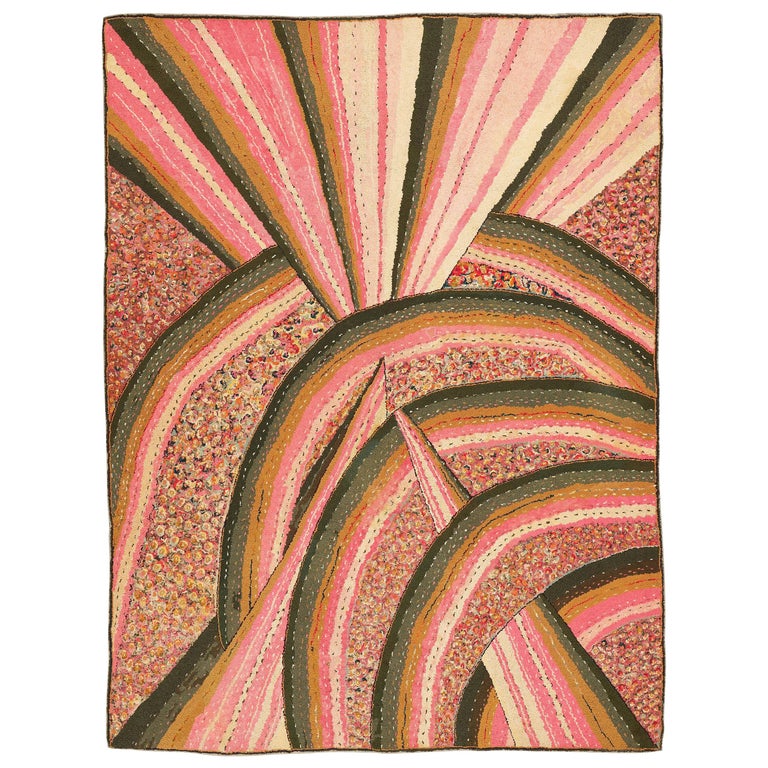 “I love the intersection of a hand-hooked American rug with early modernist motifs. I am obsessed with Art Deco rugs, which are very hard to find!” 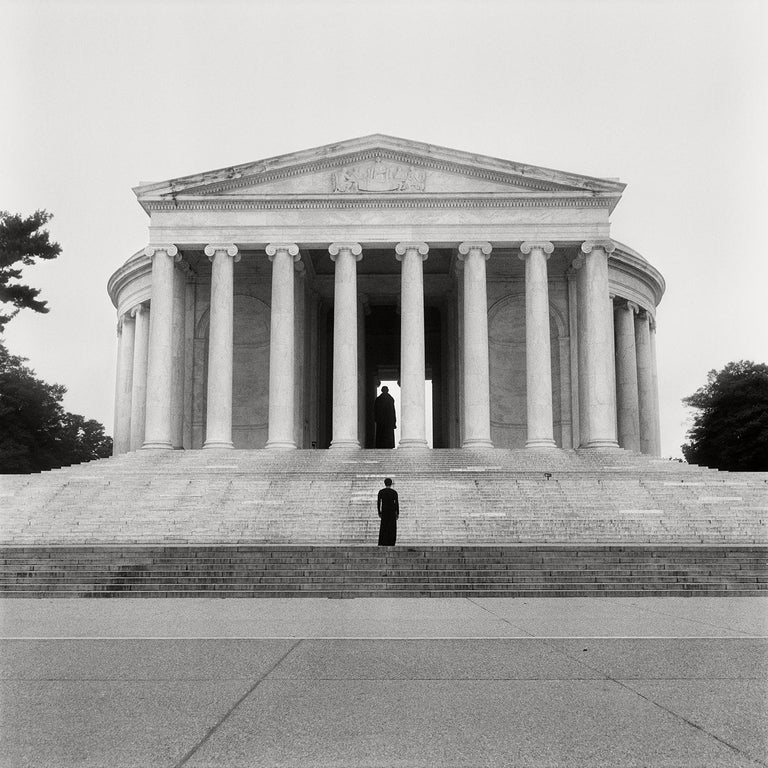 “I’m such a fan of Weems’s work, although I admit I am late to the game! It’s beautiful and complex and talks about America in a way we need right now.” 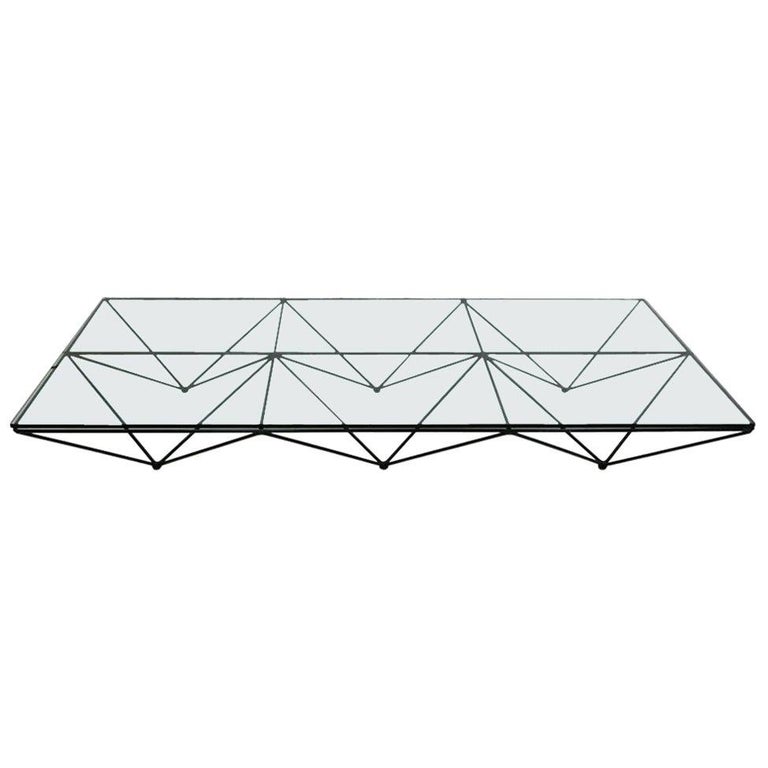 “This coffee table just follows me around. I have used it a few times for projects, and I just keep coming back to it. I love the strong black lines and geometric shapes. Somehow it manages to be strong and delicate at the same time.” 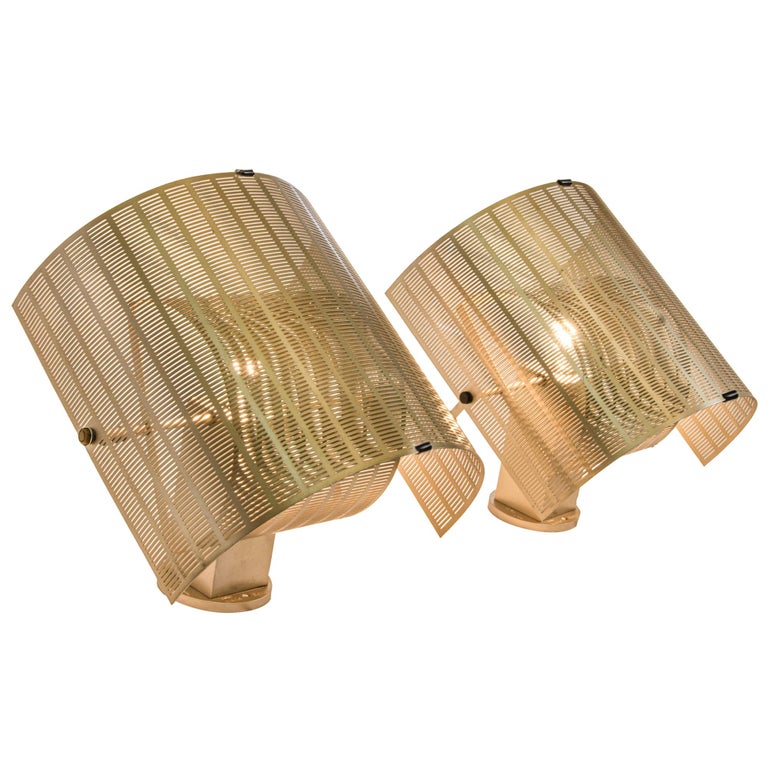 “I am obsessed with Mario Botta’s Shogun lights — sculptural and geometric and just cool.” 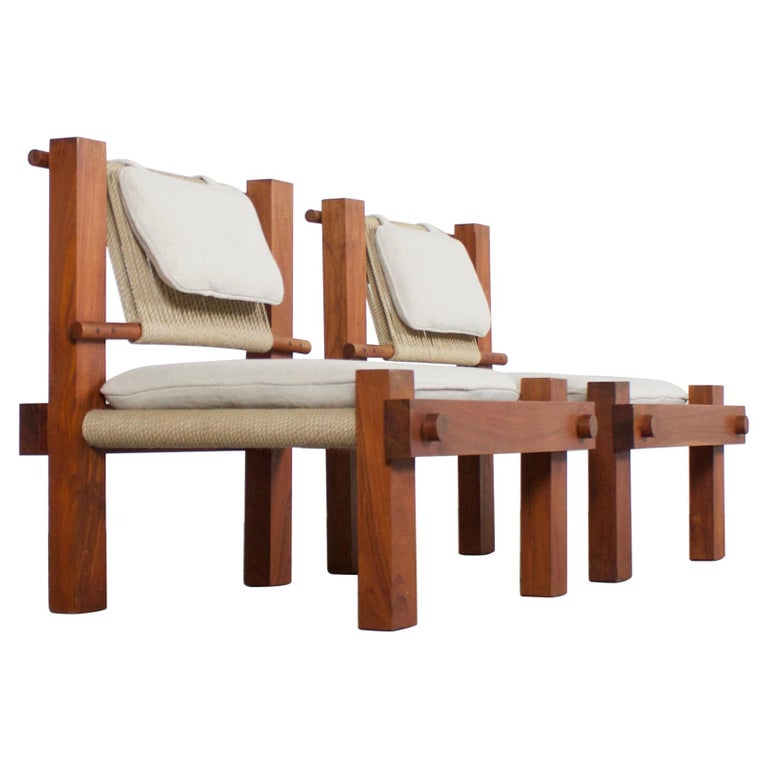 “I like furniture that is functional, beautiful and not fussy. These chairs are utilitarian and beautiful and show such craftsmanship. I had never seen them before finding them on 1stDibs!” 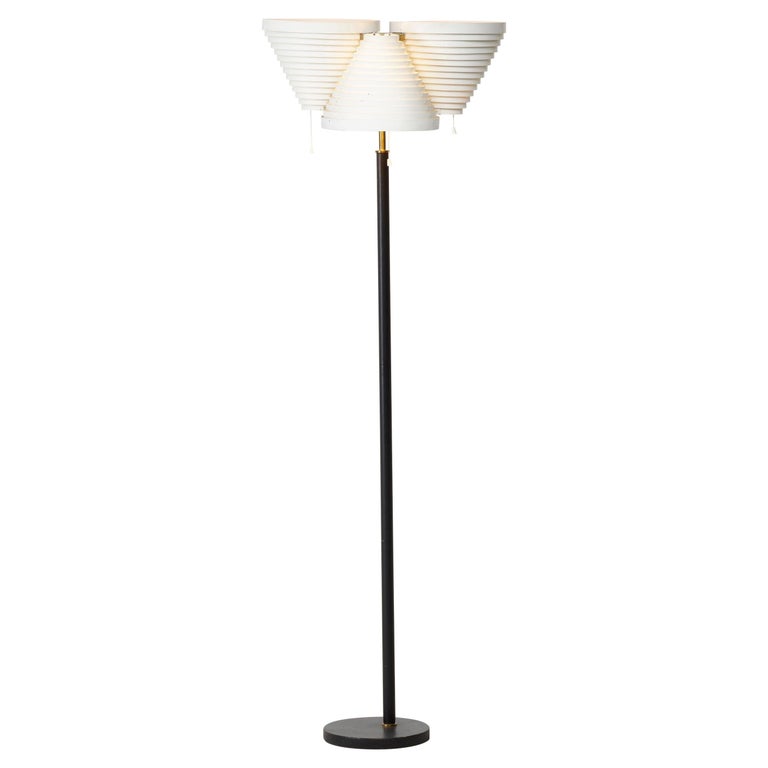 “Alvar Aalto is a favorite of mine. His designs are the ultimate in functional beauty. His lighting is lesser known than his furniture and very hard to find in the United States. I love the topographical geometry of the shade.” 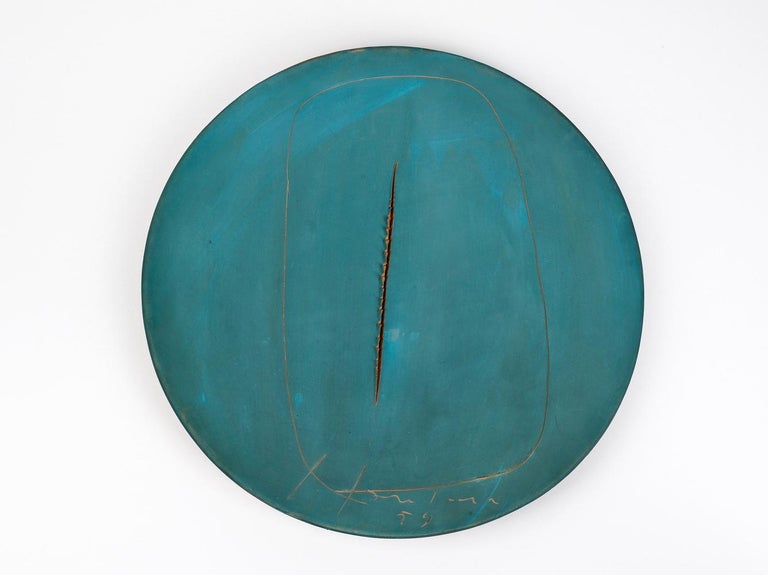 “My husband is Italian, and Italy has been a big part of my life since we met, twenty years ago. (I can’t believe it’s been that long!) I’m struck by Fontana’s use of bold shape and tone in such a quiet way.”