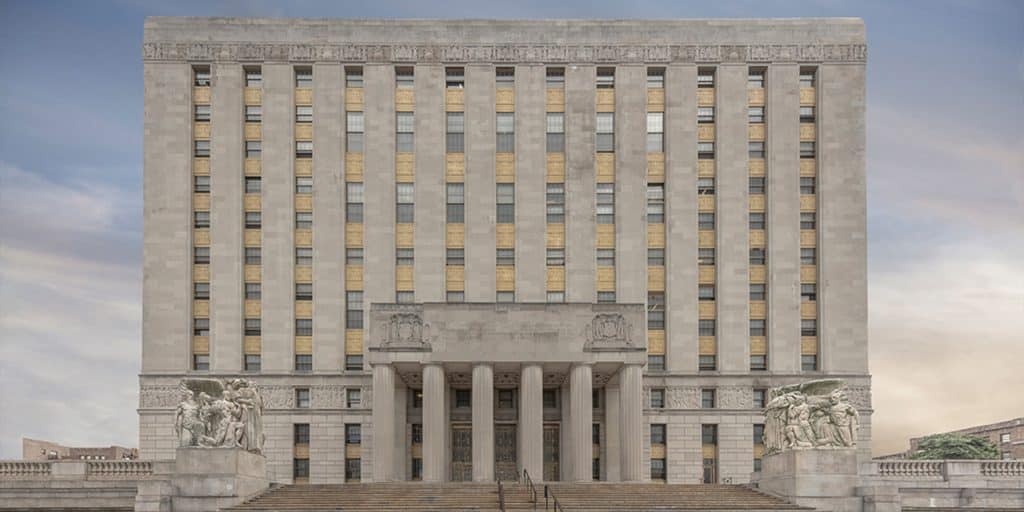 October 6, 2019“New York Unseen,” at Manhattan’s ClampArt gallery through November 16, displays photographer Marc Yankus’s images of some of the city’s most iconic buildings. Yankus captures the structures removed from the hustle and bustle of urban living. Above: Flatiron from Above, 2019. Top: Bronx County Building, 2017. All images © Marc Yankus, courtesy ClampArt, New York City

Marc Yankus, a photographer, is speaking by phone from outside a café in New York’s Greenwich Village. But he’s having trouble focusing. From his perch on the sidewalk, Yankus describes what he observes: “Right now, there’s a big truck that’s about to hit a little tree. It’s a distraction,” he says, adding, “Maybe I’ll close my eyes.”

Yankus doesn’t like distractions. This is evident in his latest body of work, on view at New York’s ClampArt gallery through November 16. The photographs depict the exteriors of the Empire State Building, the Flatiron Building, the Guggenheim Museum and other familiar Manhattan edifices almost entirely free of people, or litter, or trash pails, or anything that competes with the architecture he loves.

The buildings in “New York Unseen” seem otherworldly, as if they had somehow been moved, brick by brick, to a pristine environment — a New York that’s not New York.

Yankus hopes people will appreciate these vintage structures — even ones they think they know — in a new way. “We don’t really see what’s in front of us,” he explains. “And on most blocks, it’s hard to stand far enough from a building to really see it all at once.” 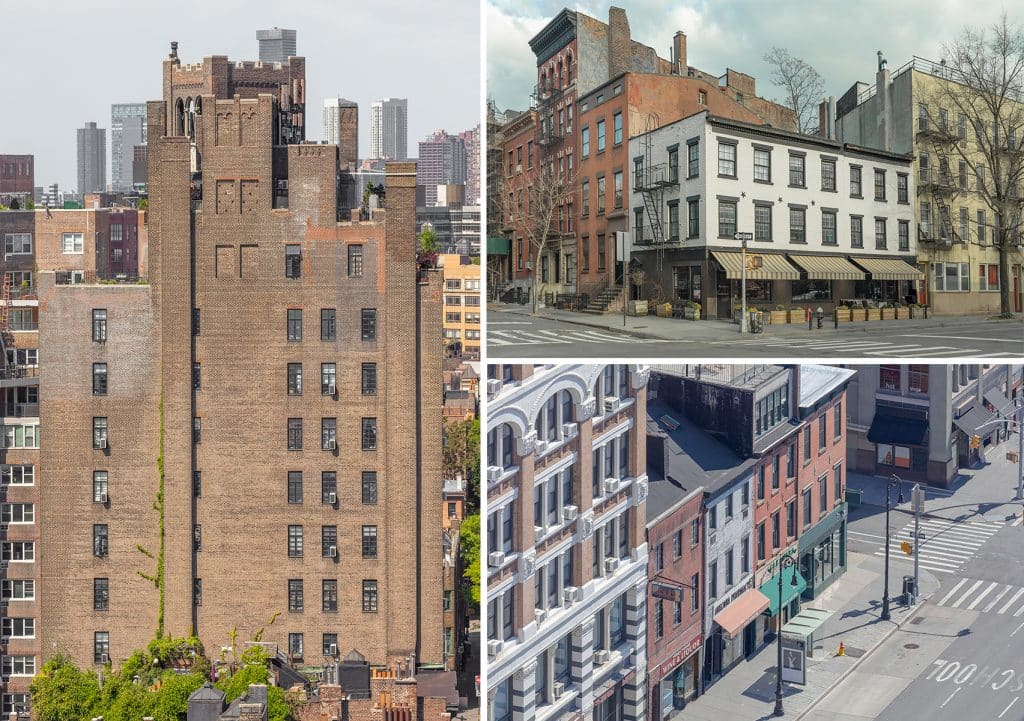 So, when necessary, Yankus creates composite images. In the case of the blocks-long Metropolitan Museum of Art, he took seven separate shots, then “stitched” them together electronically. But that doesn’t mean the computer did the work. Yankus spent weeks or sometimes months getting the separate images to mesh seamlessly. 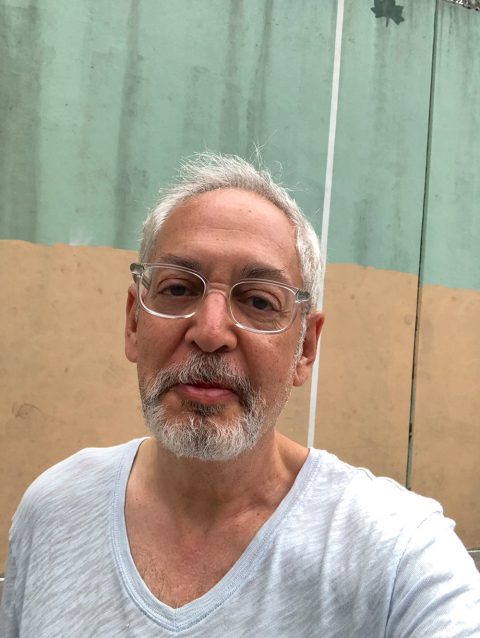 Yankus describes this body of work as “portraits of buildings.” He says he tries “to capture the stillness” of the structures without any visual distractions. “I want people to be able to connect with the architecture exclusively.”

Yankus photographs at quiet times — often very early on Sunday mornings — to minimize the number of people in each shot. Then, he deletes distractions using photo-editing software. “I try to capture the stillness,” he says. “I want people to be able to connect with the architecture exclusively.”

If he removes something like a car, he may have to fill in the part of the facade that was hidden behind it. Yankus does that through a combination of digital painting and making patches from other sections of the building. “In my work,” he notes, “there’s a fine line between documentation and fiction.”

Yankus, 62, grew up admiring Robert Frank photos — and drawing them, an exercise he says helped him understand composition. He studied at New York’s School of Visual Arts and for years specialized in creating photocollages for book jackets, working on novels by Jeffrey Eugenides and Salman Rushdie, among many others.

The Metropolitan Museum (top) and Museum of Natural History, both from 2018

For years, he also shot buildings at twilight, producing soft-focus, impressionistic images. When he discovered how much detail he could capture in photos (he uses a Canon DSLR camera with a variety of lenses), he became hooked on making “hyper-real” compositions. “It became a very tactile experience for me,” he says. “When you see every brick, the facade feels three-dimensional.”

The exhibition at ClampArt coincides with “Landmark City,” a show of his works displayed in light boxes in the dining concourse of Grand Central Terminal through June 2020. Yankus has yet to photograph that very busy train station, however. “There are a lot of things in the way,” he explains, with a twinge of disappointment.