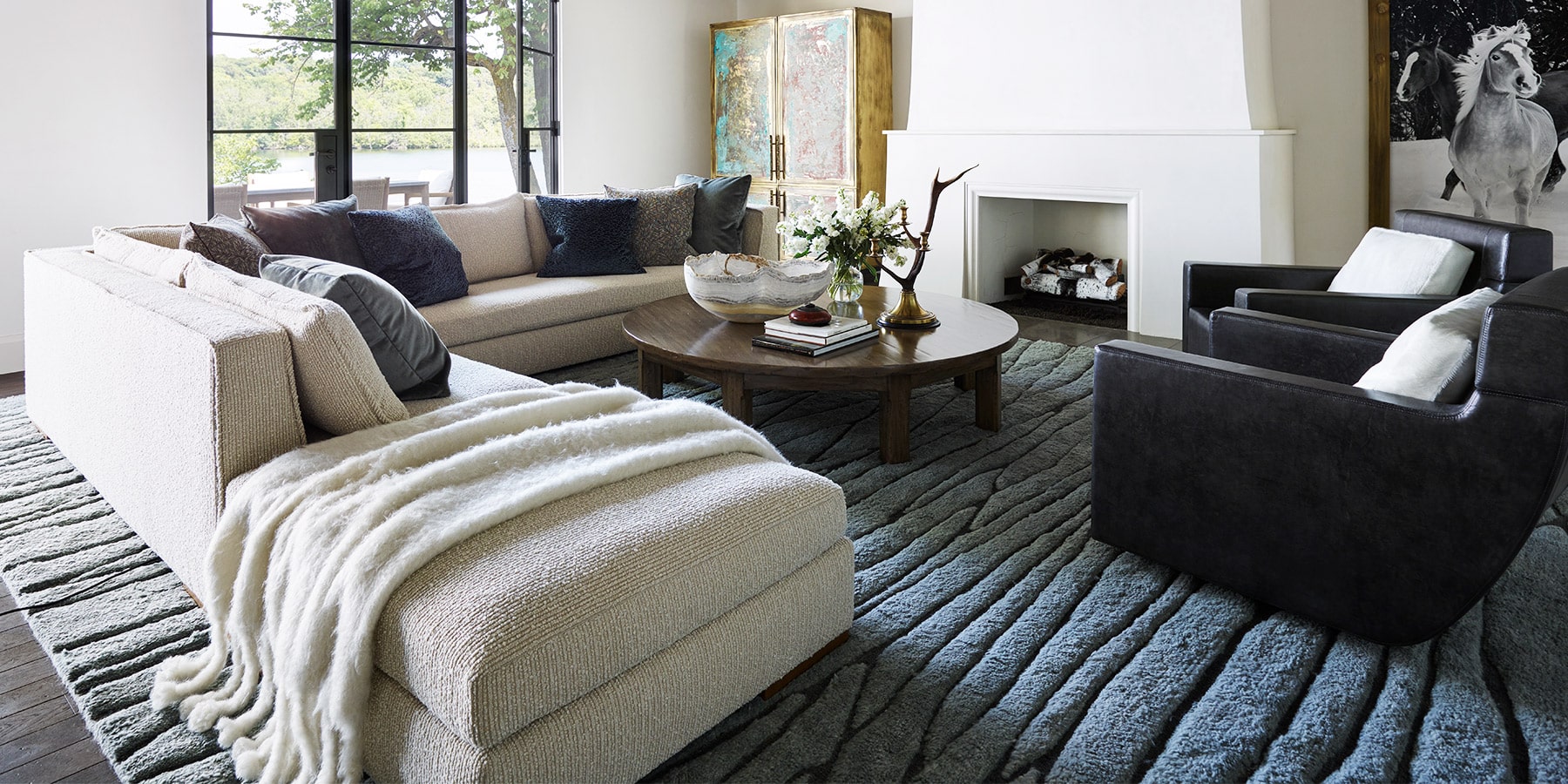 How Michael Del Piero Made the Jump from Collector to Designer

Del Piero brings her pared-down aesthetic and eye for striking objects to her clients’ interiors, as well as her shops in Chicago and the Hamptons. 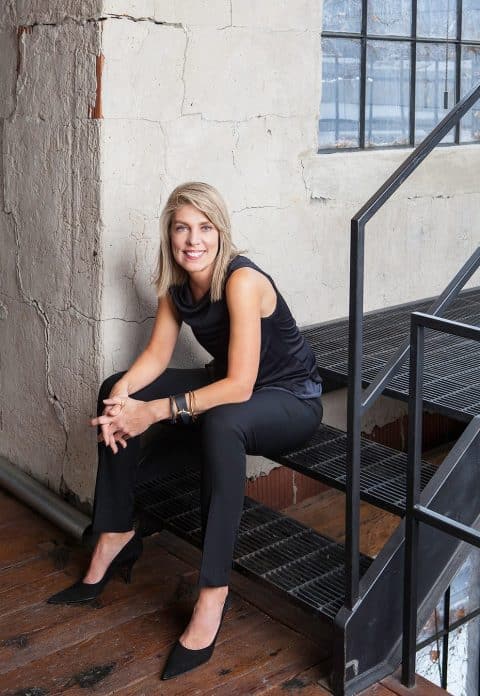 Wandering through Michael Del Piero Good Design’s Chicago studio, one gets a strong sense of the designer’s preference for simple, comfortable environments in which singular objects can shine. There are white-painted-brick walls, white architect’s tables and partitions made from glass and blackened metal.

Del Piero uses her shops — one in the Hamptons and a longstanding Chicago location — to introduce people to her style, which she describes as “object-based design.” There are also rustic and homey touches. In the Hamptons shop, there’s a slipcovered sofa, designed by Del Piero; an antique wood bench; an antler chair from Germany; carved vessels from Africa.

Del Piero’s decade-old interiors studio sprang directly out of her passion for art and antiques. Her road to becoming a designer was as winding as the cobblestoned streets of Maastricht, the Netherlands, one of her favorite places to shop for exquisite historic pieces. “I’ve had many careers,” says the designer. “I always felt I had a knack for design, but for most of my life, I never thought about pursuing it professionally.” Raised in Memphis, Tennessee, Del Piero briefly worked as a nurse after college before returning to school to study linguistics and business. That led to a 20-year career, beginning in 1985, as an executive coach for Fortune 500 companies throughout the country. During this time, her home base was Chicago.

In the mid-’90s, Del Piero began visiting a friend who had relocated to the Netherlands, and she started collecting art and antiques there. In the mid-2000s, just for fun, she organized a showhouse of her antique finds in a friend’s 1920s English Tudor in the North Shore suburb of Wilmette, where she and her then-husband were raising two children. People lined up around the block, and she sold everything in three days. The showhouse became an annual event, and Del Piero started fielding interior design requests. At first, she demurred, citing her lack of design training. Finally, one visitor convinced her to try. “She said, ‘Look, you can hire people to help you with the technical aspects, but you can’t hire someone to have your eye,’ ” Del Piero recalls. She took on the woman’s house as her first project — a traditional home that she infused with a farmhouse casual vibe. The results were published as a feature in Metropolitan Home, and thus, a design business was born. 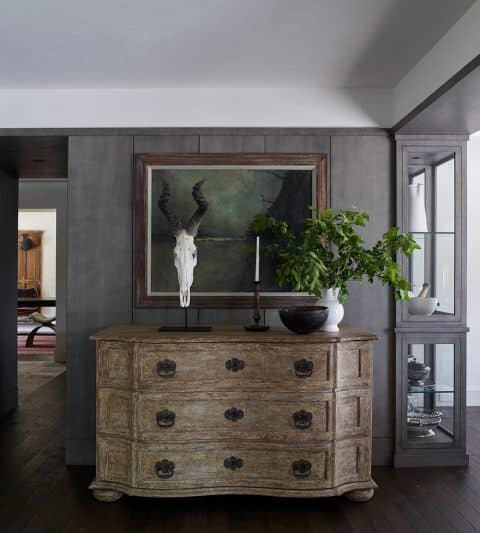 A painting by John Guerin from Valley House Gallery & Sculpture Garden hangs above a Formations console from Holly Hunt in the dining room of the Fond du Lac home. Photo by Richard Powers

In 2007, Del Piero set up a studio in Chicago’s Bucktown neighborhood and a shop shortly thereafter (she was an early 1stdibs dealer). Now her studio and shop are located in the Westown neighborhood. She has 10 employees and projects that span the country. Her work is almost exclusively residential, typically ground-up constructions and gut renovations that involve collaborating with architects and selecting all the finishes. A few years ago, she opened a second office, in the Hamptons. She dreamed of settling in the eastern Long Island community since first visiting there, 30 years ago, so a Hamptons outpost was a natural development.

Del Piero collaborated with architect Kathryn Fee on her own Hamptons home, in Amagansett. The structure, completed in 2017, comprises two dark-gray barns connected by a glass cube. Her bedroom is entirely white, setting the stage for a modernist Italian wood sculpture, which covers an entire wall, and a one-of-a-kind gray-and-white goatskin rug that she bought from a dealer domestically. (“I’ll never sell it,” she says, “because it’s so unusual, and I’ve tried everything to source something like it, to no avail.”) In the two-story living room, pure white walls provide a backdrop for beloved objects: a wall-mounted petrified woolly mammoth tusk (“No animals were killed in the making of this room,” she jokes); a chair made of snow-white antlers with glass and metal tips; and a worn leather grape-harvesting bag from France, also hanging on a wall. “I love to throw in natural wood to warm up black and white,” Del Piero says. Hence, the wood breakfast table and chairs complementing the black-stained cabinets in her kitchen. 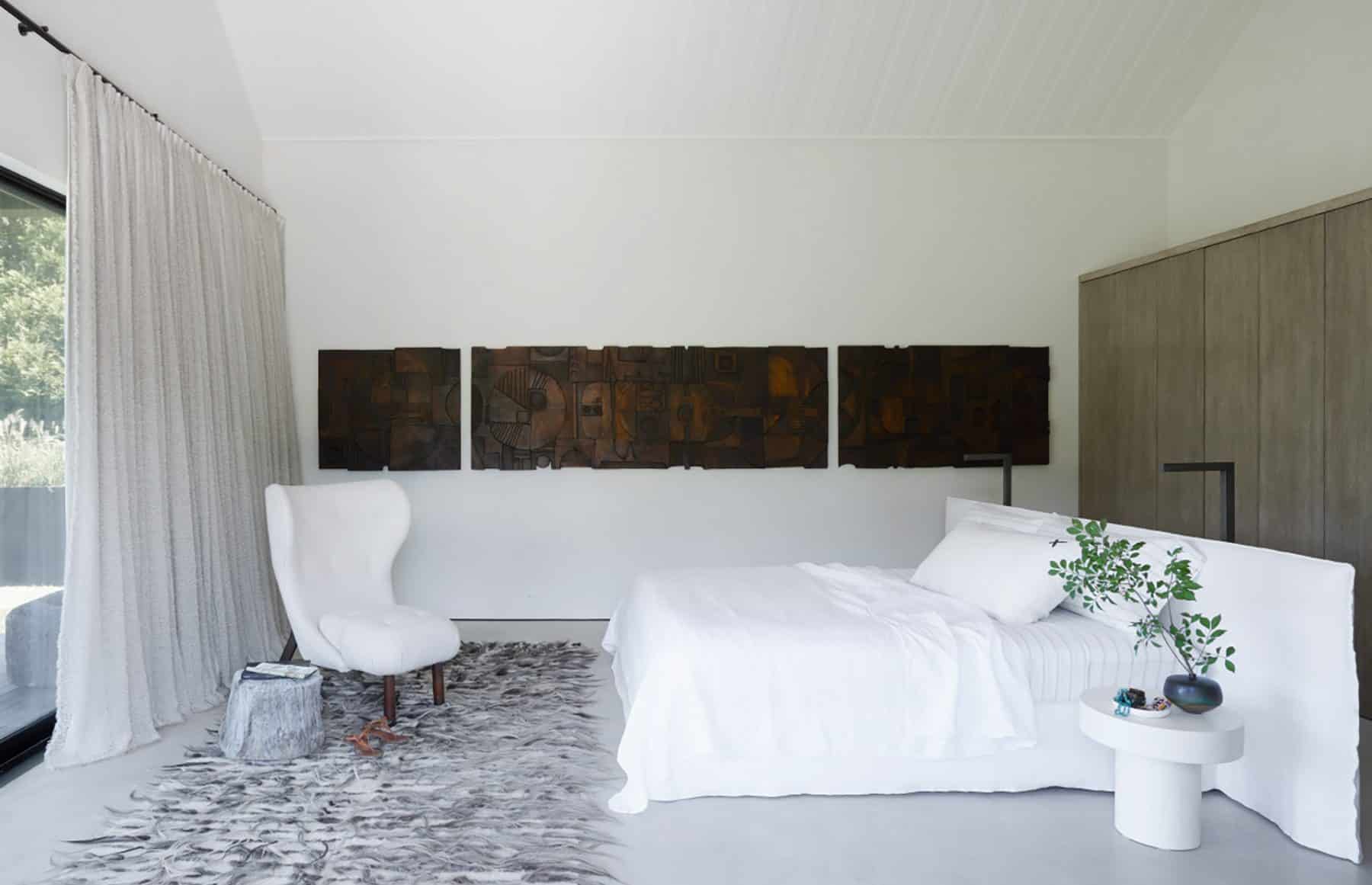 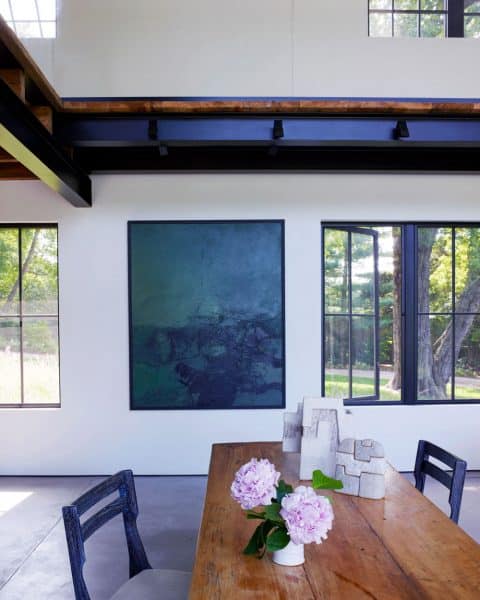 A 1920s lake cottage in Fond du Lac, Wisconsin, about 70 miles north of Milwaukee, showcases Del Piero’s love of texture. “I don’t work a lot with color,” she says. “I think texture invites a person to jump into a space, to be a part of it.” She opted for matte white walls throughout the house, which was a gut renovation (Del Piero recommended the architect,Michael Abraham). In the family room, she placed a custom wide plaster mantle, a clean-lined cream sofa and contemporary black Juin Ho armchairs. The neutral palette means the eye leaps to a stunning brass cabinet, which looks antique but is in fact Del Piero’s design. Its dimensional verdigris patina is a foil for its humble contents: board games. A guest bedroom features a thin iron bed frame, which nearly disappears amid a collection of furry pillows; a shaggy, hand-woven wool carpet; and a 17th-century Bavarian antler chandelier that Del Piero found in Germany. In a little room off the foyer where the wife can remove and store her riding boots, Del Piero created a gallery wall of horse-themed artwork: a Pop art–style painting by Julian Opie, found on 1stdibs, accompanied by antique paintings and sketches from around the world. 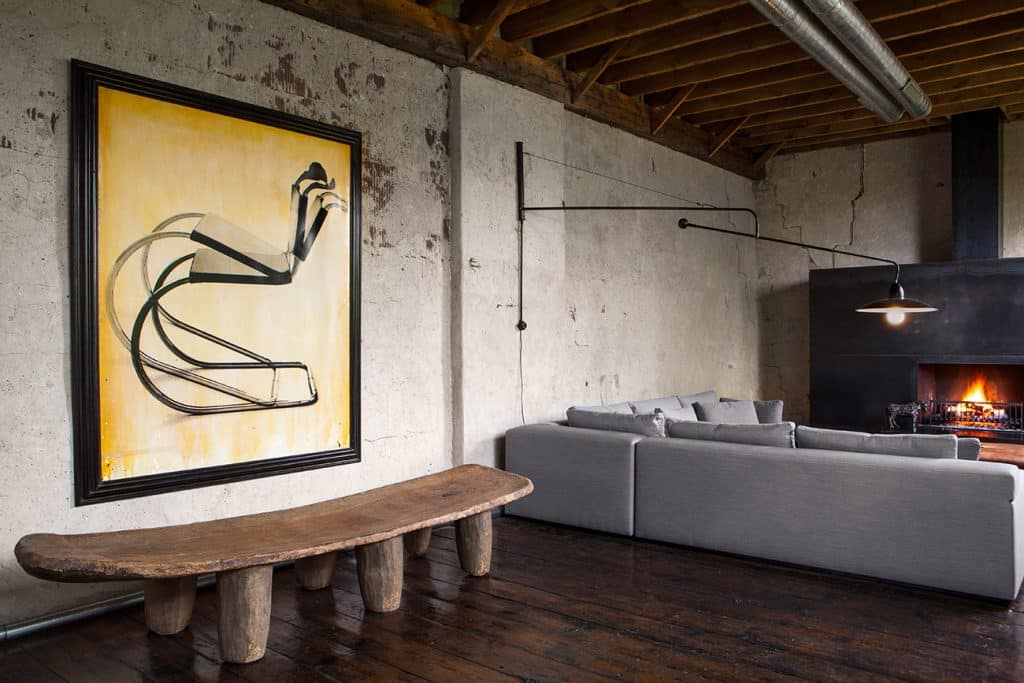 Del Piero strove to preserve the industrial feel of a renovated former charcoal factory in Chicago owned by furniture dealer Stuart Grannen. In the living room, a vintage Senufo wooden bench sits beneath a drawing attributed to Mies van der Rohe. These, plus the vintage French wall light and small horse sculpture by the fireplace, are all from Grannen’s gallery, Architectural Artifacts. Photo by Janet Mesic Mackie

A few years ago, Del Piero worked on the renovation of a turn-of-the-century charcoal building in Chicago owned by 1stdibs dealer Stuart Grannen, of Architectural Artifacts. She filled it with global finds but, to maintain a sense of its industrial history, kept many features of the building intact, including an ivy-covered brick wall, distressed exterior walls and worn wood floors. In the living room, she mixed modern elements with aged ones: A carved wood bench from Africa and a yellowed drawing of a Mies van der Rohe chair provide a softer counterpoint to an imposing black steel fireplace and clean-lined gray couch. The bedroom, devoid of architectural details, is an ode to Africa: African textiles serve as rug and bedding, and African baskets are stacked to form an unconventional nightstand. Above the bed hangs a sculptural headboard designed by Del Piero and made by wrapping strips of hide around a rectangular frame. 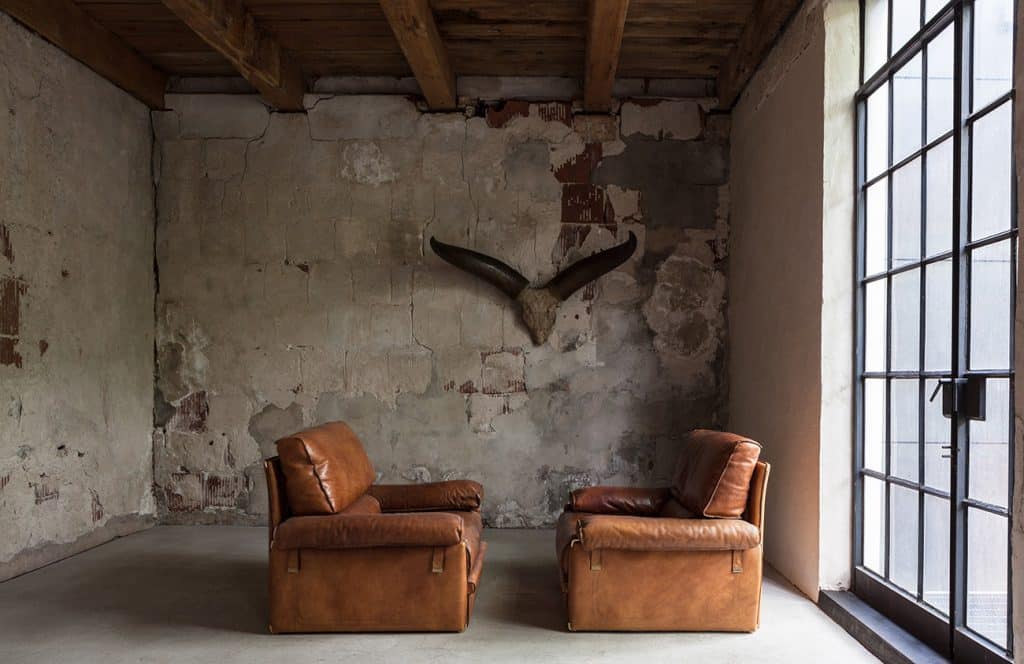 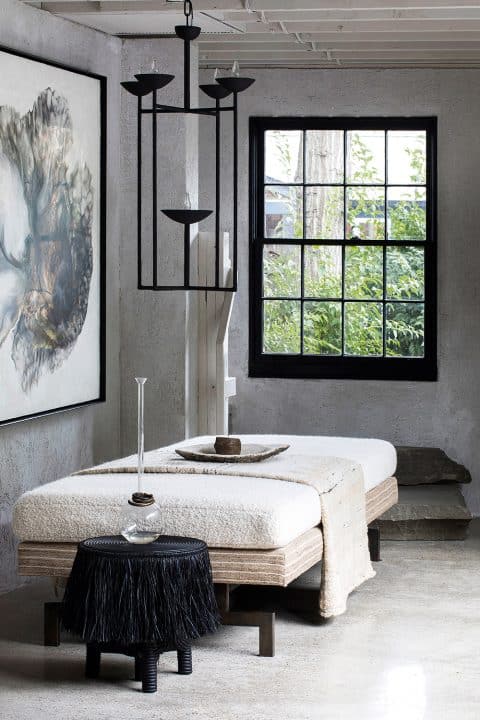 In addition to antique and vintage furnishings, Del Piero’s namesake boutique in Wainscott, New York, sells pieces produced in-house, such as this elegant white daybed. The encaustic painting is by Lonney White, the hanging plaster lantern is by Apsara, and the stool is by Christian Astuguevieille. Photo by Costas Picadas

The house has no formal dining room. Even when Del Piero creates such spaces, they are uncomplicated, with an emphasis on comfort. (The dining area of the Wisconsin lake house has velvet-upholstered chairs with plush pillows.) “I prefer my interiors to have a casual feel, but be luxurious nonetheless,” she says. “To me, simplicity is luxury.”

To expand her East Coast operation, Del Piero invited friend and fellow designer Lukas Machnik to join the team. “He brings a lot of the minimalism, and I bring the warmth,” she observes. Together they designed the interior of her new store, in a big barn located in the appropriately named town of Wainscott, as a European manor house. They also collaborated on the dining room of the Holiday House Hamptons in Water Mill, which is open through August 4. It features a black bench by Machnik and a large metal candle-lit chandelier of Del Piero’s design (another piece that looks antique but isn’t). Of course, the room itself is white.

When Del Piero first saw the barn that now houses her store, it was painted classic red. That, naturally, had to be replaced by her beloved pure white. “We had to convince the village to let us paint it,” she recalls. “I simply could not abide the red.” 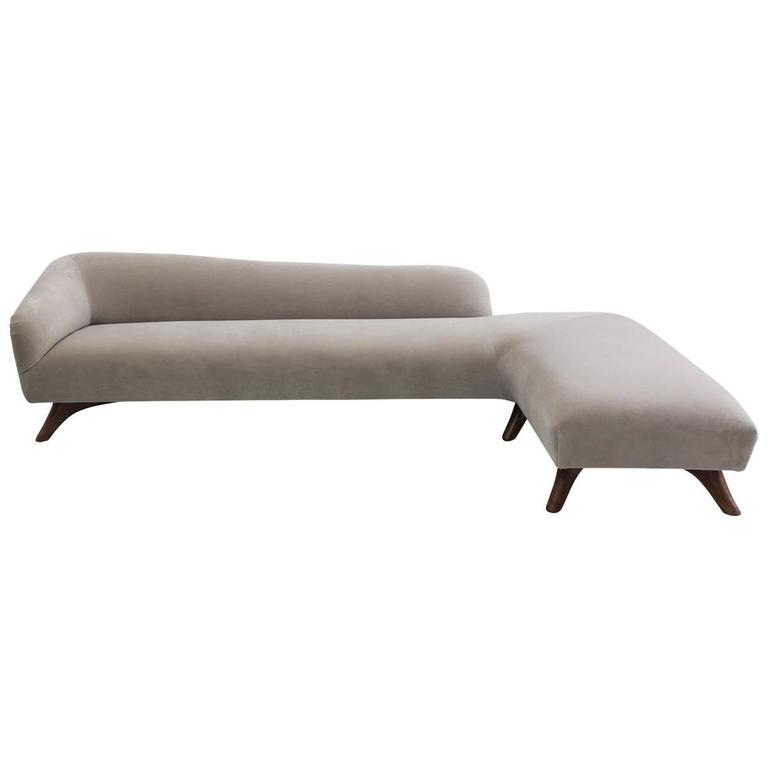 “This is a configuration from iconic designer Vladimir Kagan that you don’t see very often. I love that it allows for a variety of seating arrangements and can work well in any number of spaces.” 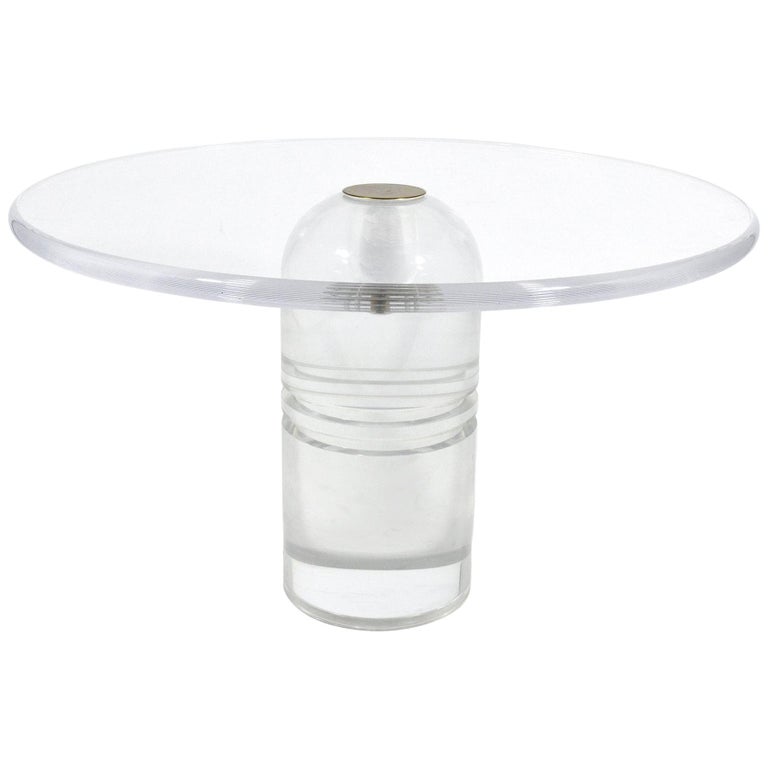 “We always strive for a diversity of material in our spaces. This glass table is an easy and beautiful way to add crispness and luster to a space. It’s sleek yet highly refined.” 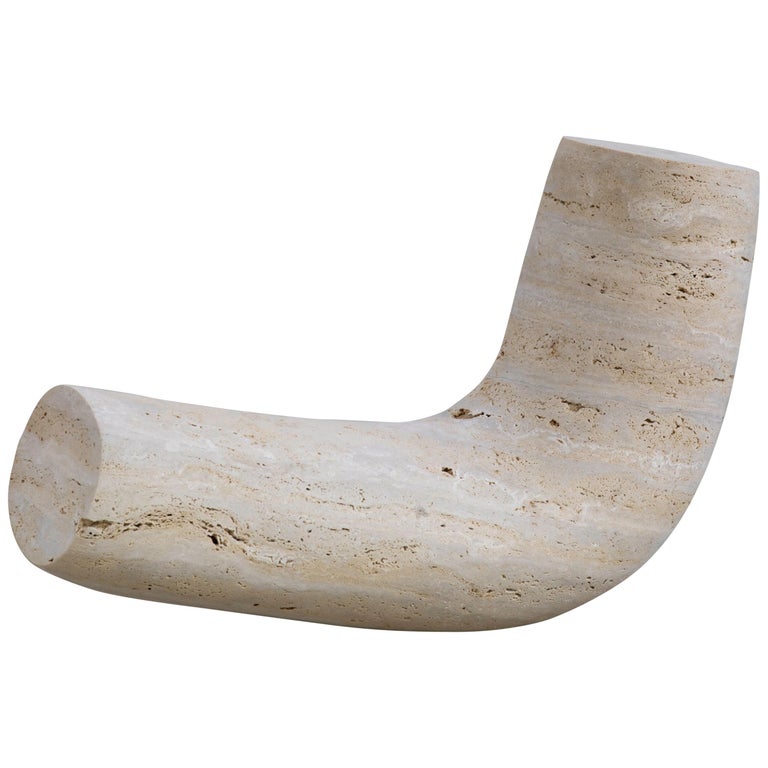 “Dimensionality and scale are a big part of the work that we do. I love the large scale of this piece, and that it invites the viewer to interact with it from every angle.” 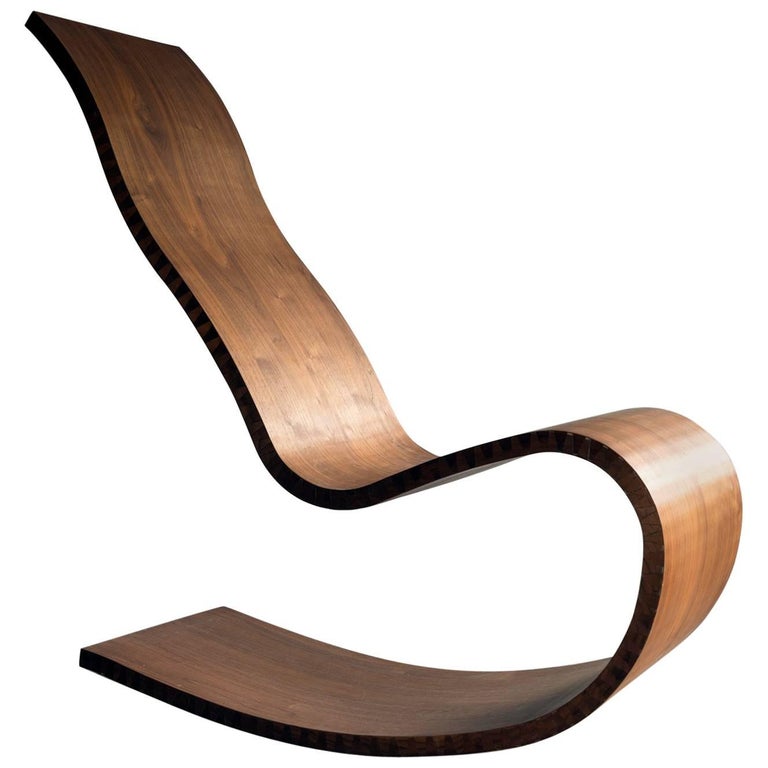 “Interesting rocking chairs are hard to come by. I’m taken by the modern and minimal simplicity of this piece, breaking from the conventions of the typical wooden rocker.” 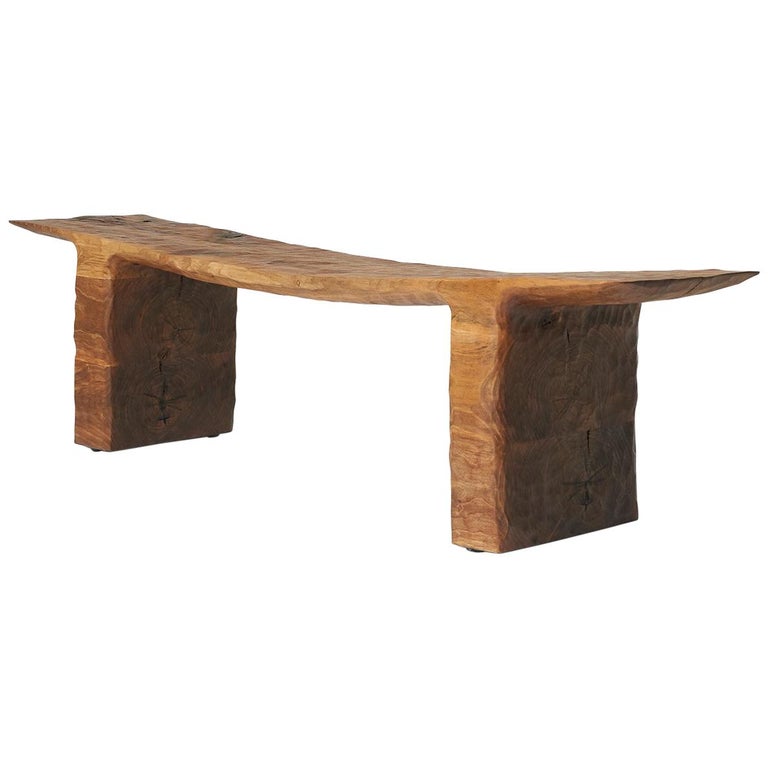 “Although a contemporary work, this piece has a global sensibility to it that I love. The bench recalls the textures and profiles of pieces that I’ve come across all over the world in my travels. Handcraft is something that has always inspired me.” 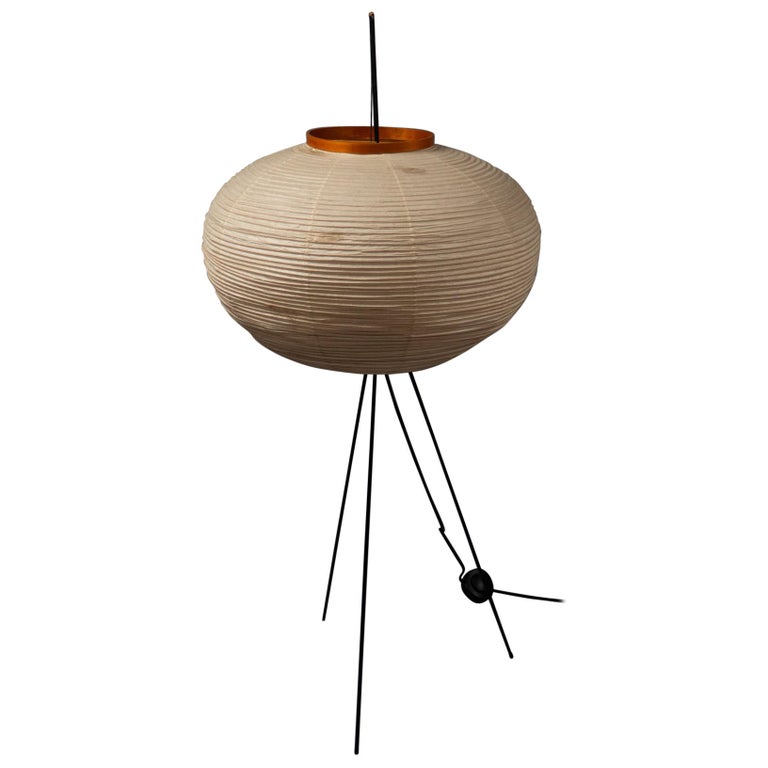 “I have long been drawn to the simplicity and grace of Japanese design. It’s no wonder that this lamp, like most of Noguchi’s work, has become a classic. No matter the environment, the piece is understated and elegant yet simultaneously demands attention.” 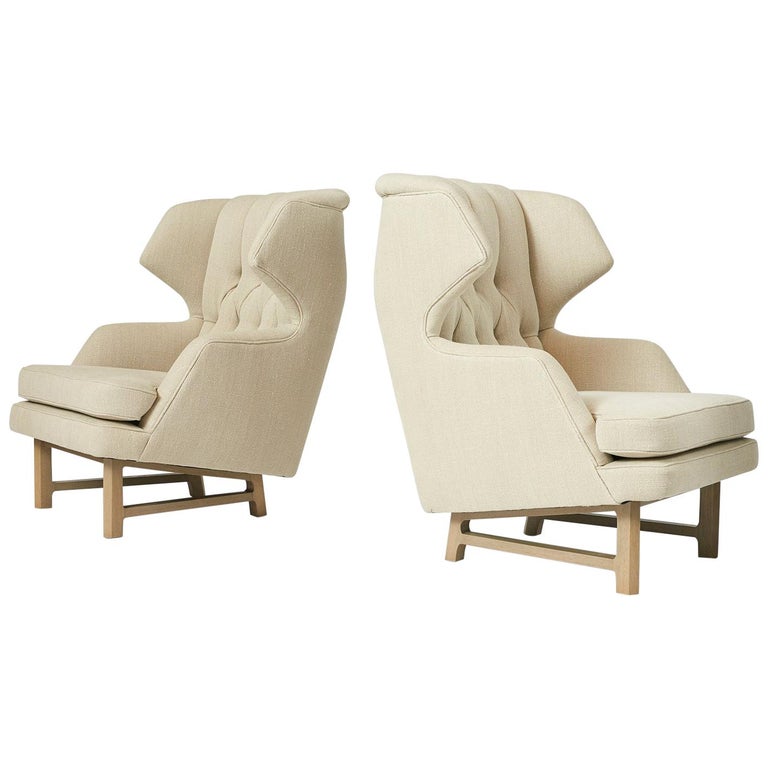 “Our clients appreciate our ability to incorporate interesting and unique pieces into our designs, but  comfort and functionality are paramount. These chairs accomplish both: interesting, unique and perfect to curl up in.” 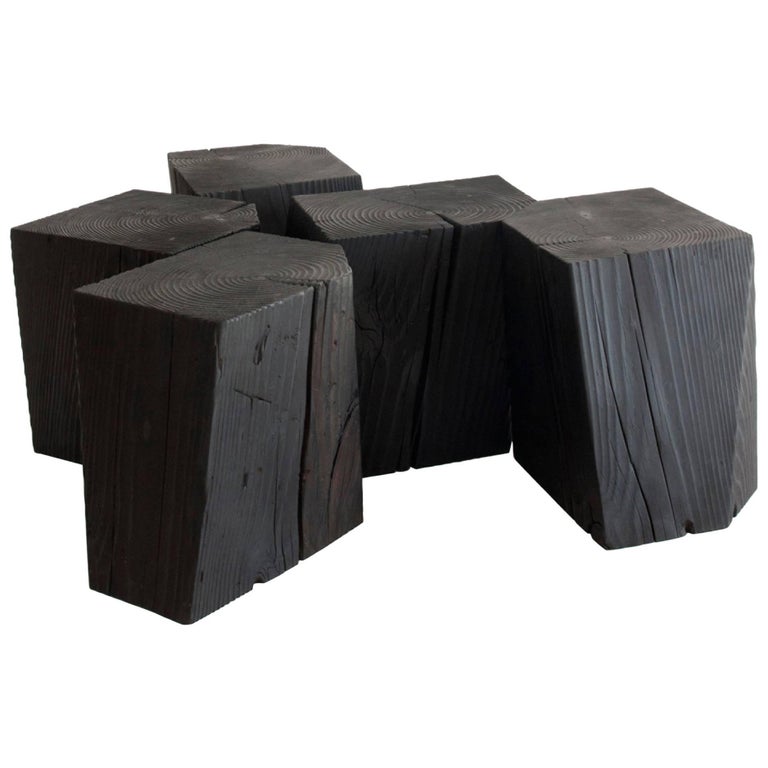 “It’s important to integrate natural elements into a design. They bring life and energy into a space. The burnt finish of these blocks is both dramatic and interesting while maintaining the natural texture and essence of the wood.” 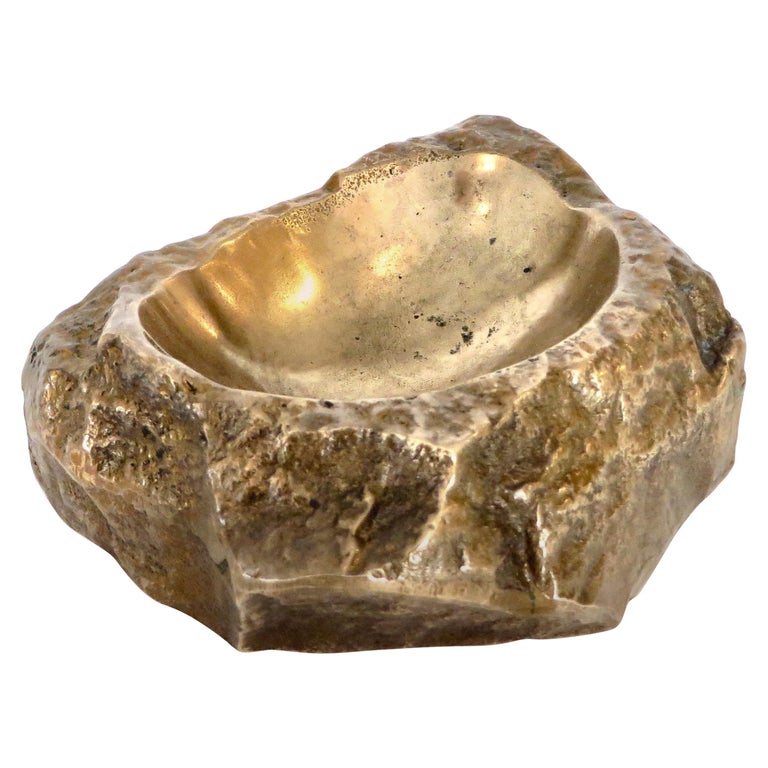 “A little glam goes a long way but is no less welcome. This small accessory has a beautiful patina and a not-too-precious sensibility. Jewelry for the home.” 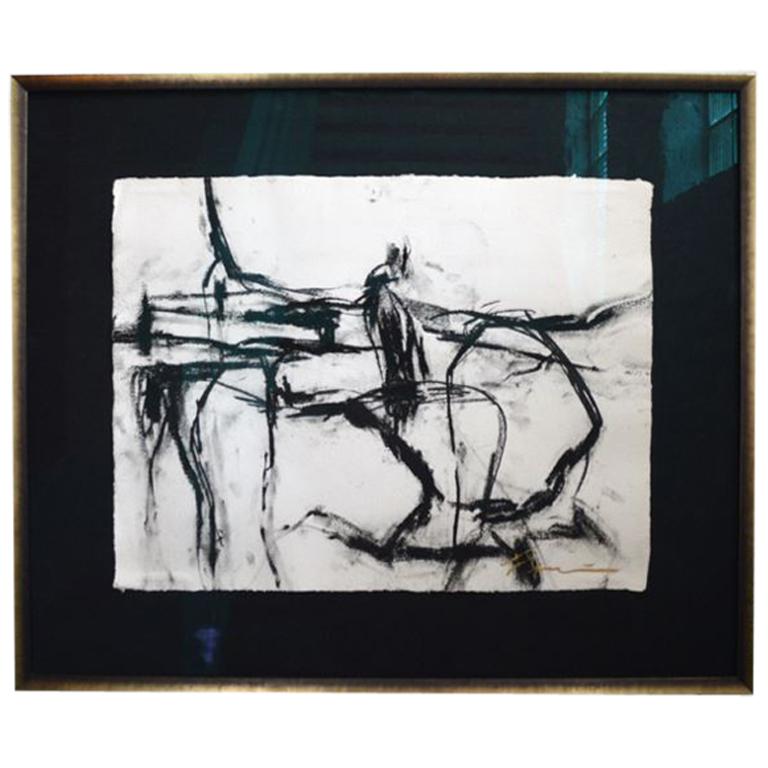 “Finding the right art is often a very personal endeavor for clients and designers alike. This piece is a favorite of mine for its beautiful and unique representation of Francine’s work — which I’ve long admired.”