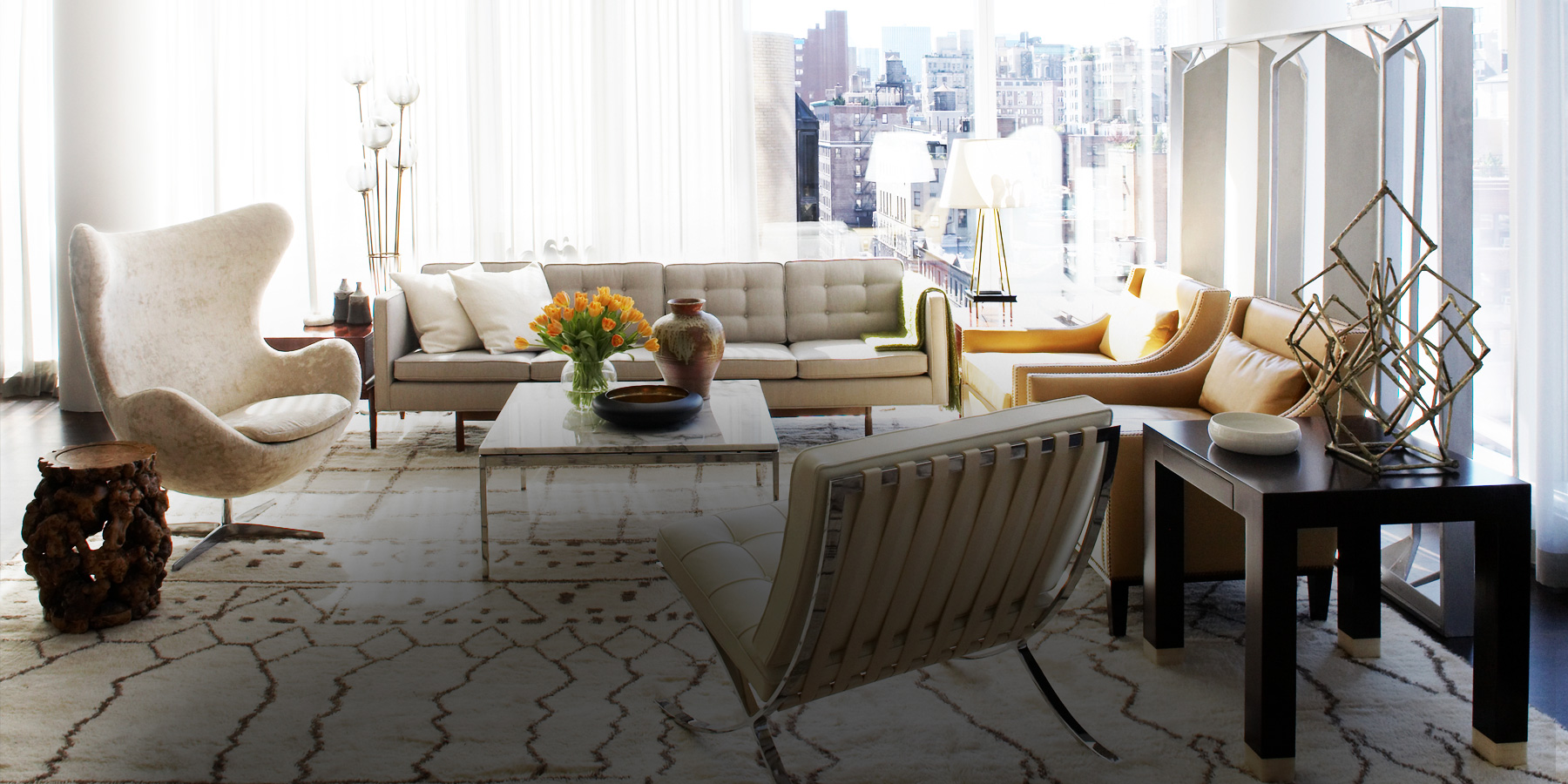 Who would have guessed that receiving a bandsaw for his tenth birthday would set an Ohio boy named Neal Beckstedt on a path to architecture and design stardom in New York? 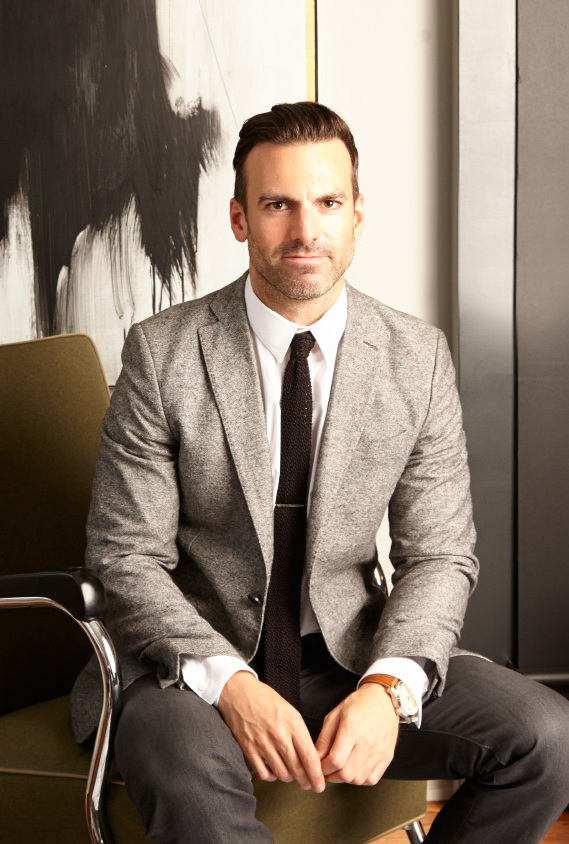 Neal Beckstedt had the quintessential heartland upbringing. Raised on an Ohio farm near Amish country, he grew up in a hard-working family of German descendants who’d originally settled there in the 1800s. Like fellow Midwesterner Frank Lloyd Wright before him, Beckstedt absorbed a respect for natural materials and the plainspoken, functional beauty of rural buildings. “Barns have a handcrafted aesthetic that’s still very modern,” he says today. On his tenth birthday, his father gave him an electric bandsaw. The gift proved prescient: Today, out of an open-plan office in Manhattan’s Chelsea neighborhood, this architect and designer runs Neal Beckstedt Studio, offering architectural, interior decoration and product-design services for a range of residential, retail and hospitality clients.

“I was probably a little young for that saw,” admits the 37-year-old, standing just inside the door of his studio, near a sturdy wooden farm table of his own design covered with computer renderings and storyboards. “But I was always in our basement making things while my brothers were outside playing ball,” he continues, immaculately groomed in a crisply tailored white shirt and slender jeans, and with his dark hair slicked back. After high school, Beckstedt enrolled at Ball State University, in Indiana. The school’s administrators “knew they were in the middle of nowhere,” he explains, so they offered students architecture and design courses in metropolitan areas and abroad, allowing Beckstedt to spend one semester in Miami and another all over Italy. “It was a creative way of learning without staying in the classroom,” he recalls. 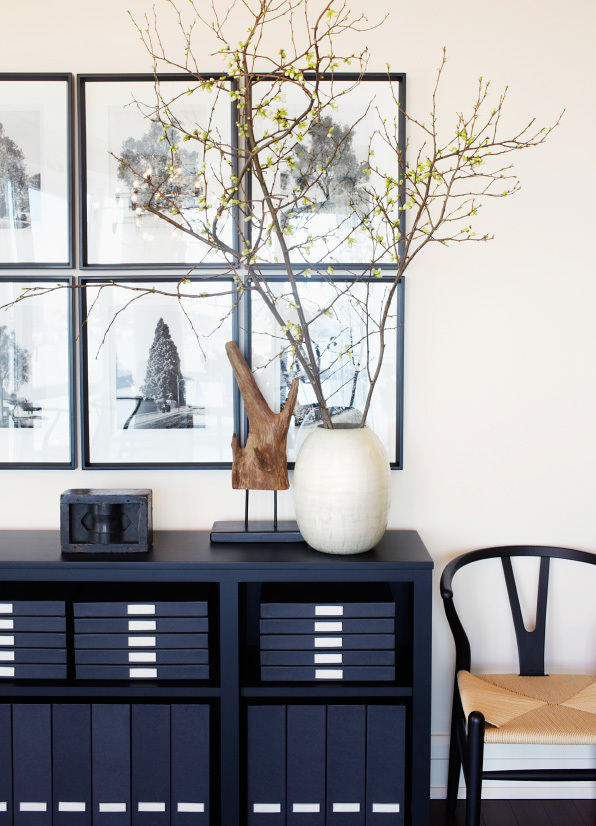 In a residence at the Aldyn, a riverfront building on the west side of Manhattan, a Hans Wegner Wishbone chair sits beside a grid of vintage black-and-white photographs of trees.

He collected his diploma — a B.A. in architecture — and returned to Miami Beach for a year to work at the iconic firm Arquitectonica. “But New York felt like the center of design,” he says, so he migrated north in 2000 and got a job with architects John Keenen and Terence Riley. Soon afterward, he became romantically involved with architect-designer S. Russell Groves, who, recognizing Beckstedt’s talent, “began asking me to do this and that around the office.” He soon became an associate at Groves’s firm.

Beckstedt and Groves’ professional and personal partnership eventually ran its course, and, in 2010, Beckstedt struck out on his own. “Contacts started calling,” he says. “I hired someone within three weeks, then another a month later.” (His staff now numbers 10.) The developer of The Lucida, a LEED-certified building on the Upper East Side, asked him to stage a model apartment, which landed on the cover of New York Spaces in 2011. Coverage in Elle Decor came in 2012, followed by a spot on Architectural Digest’s “Ones to Watch” list in January 2013 and a piece in the New York Times in July.

Key to Beckstedt’s launch has been his work for Derek Lam, with whom he first collaborated in 2010 on a Fire Island house for the fashion designer and his partner, Jan Hendrick-Schlottmann. The collaboration continued with a Soho apartment in the spring of 2012, the green room for the Emmys that he and Lam designed together that fall and, coming up, a new apartment that the couple just bought.

Clearly, the future is looking bright. 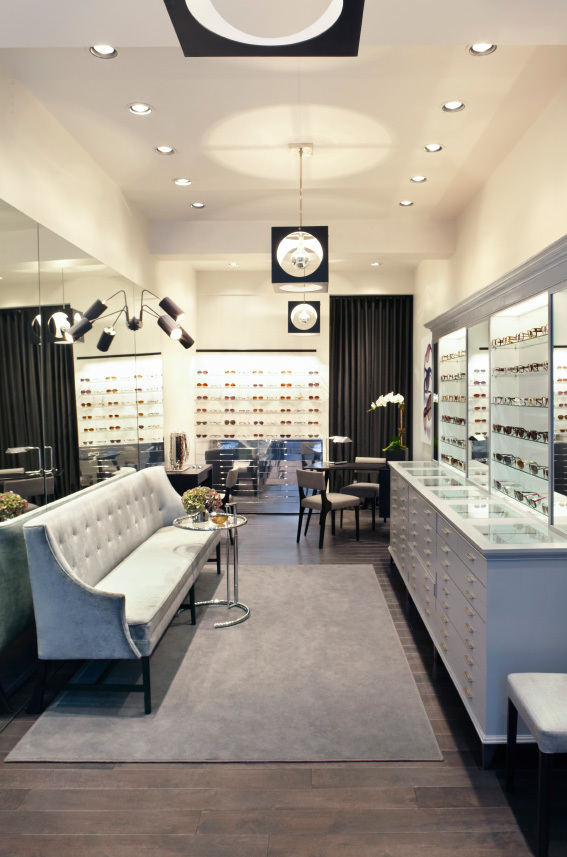 My association with Derek Lam helped get my name out there to make my own studio take off. It helped me become a “legit” designer right when I opened my doors. It was an amazing opportunity.

I like pure materials, and I’m definitely a modernist. But it’s important to layer, which accomplishes a sense of texture, depth and interest; it gives personality and character to a space. Modern gets cold quickly, so I love to add handcrafted wood textures, something that feels more raw. Growing up on a farm gave me a sense of an earthier, warmer modernism.

I’m attracted to art that’s simple and architectural — Cy Twombly, George Chaplin, Richard Serra. I just bought a series of works by Alain Biltereyst at the NADA show during Art Basel Miami Beach week. I love NADA. I drop my bags and head right there when I get to Miami. 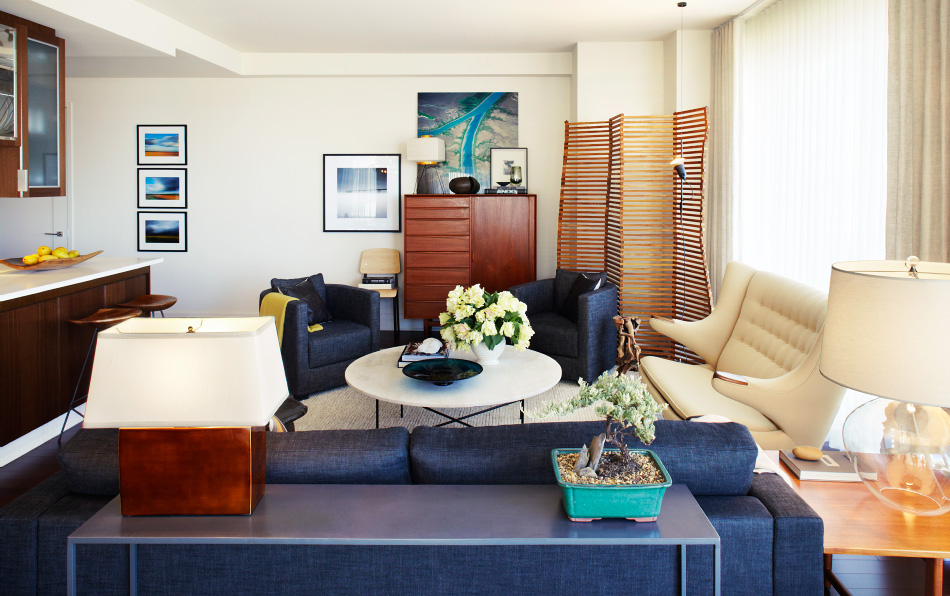 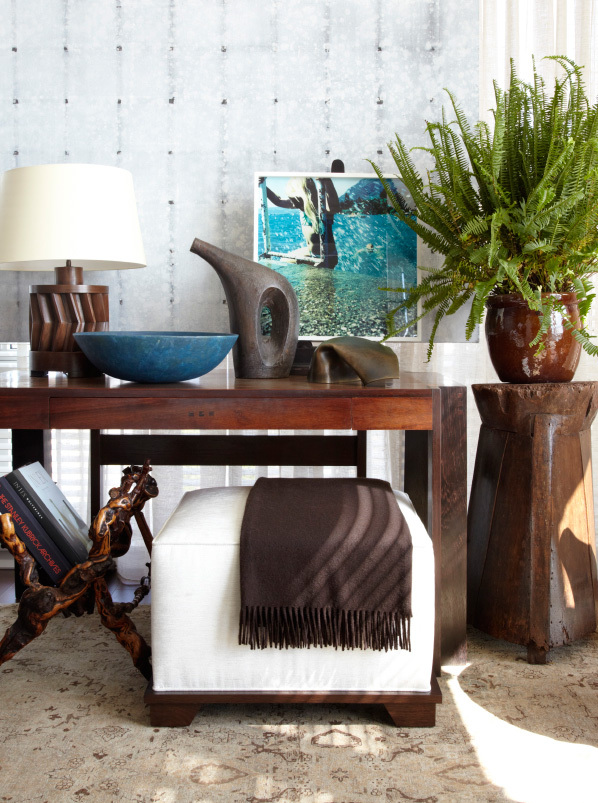 A living room Beckstedt designed for the Kips Bay Decorator Show House in 2012 combines a custom-made ottoman, a vintage desk from New York gallery Gerald Bland and a butcher-block side table turned plant stand from Démiurge.

Alvar Aalto, who is modern but warm. Le Corbusier — I always ask, “What would he do?” And, of course, Mies van der Rohe and Eileen Gray.

The Americano is my home away from home, right next to my apartment in London Terrace [in New York’s Chelsea]. Everything there is done well and the crowd is great.

The Standard in Miami. It’s wonderful to go to a place where the people who work there know you well.

The Park on 10th Avenue. It’s a perfect mix of handcrafted and modern.

740 Park: The Story of the World’s Richest Apartment Building, by Michael Gross (Broadway Books). I adore nonfiction; I can’t remember the last piece of fiction I read. This book combines so many of my interests: apartments, New York City history and stories about the rise and fall of the rich and famous.

My Paul Evans coffee table. I love the precision of the shiny chrome patchwork base and the 1960s/70s chic vibe it adds to my apartment.