Nickey Kehoe Are Two of a Kind - 1stDibs Introspective 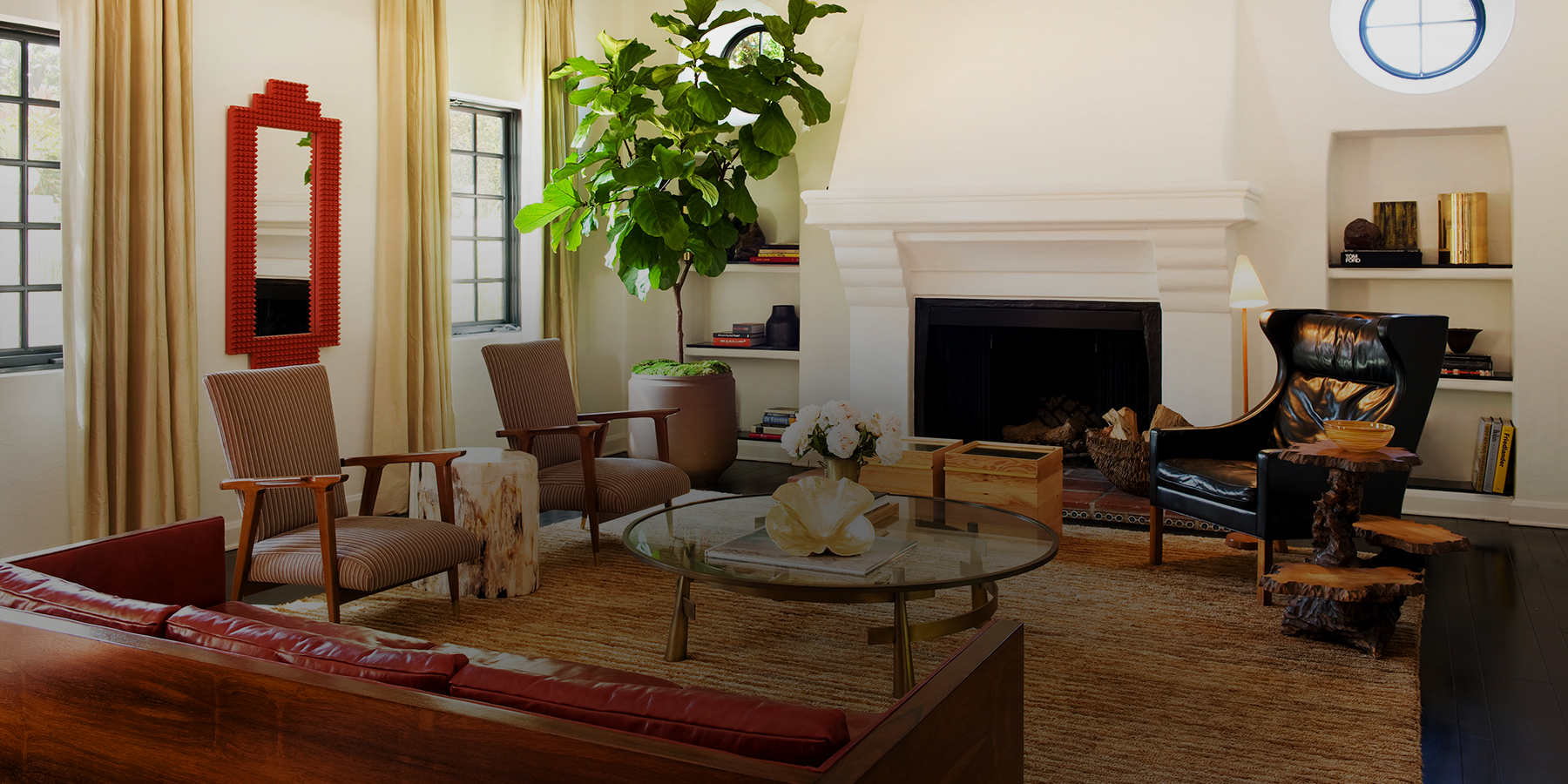 Nickey Kehoe Are Two of a Kind

Interior designers and proprietors of NK Shop and NK Collection, Todd Nickey and Amy Kehoe are the go-to twosome for Hollywood types in search of easy-going style. 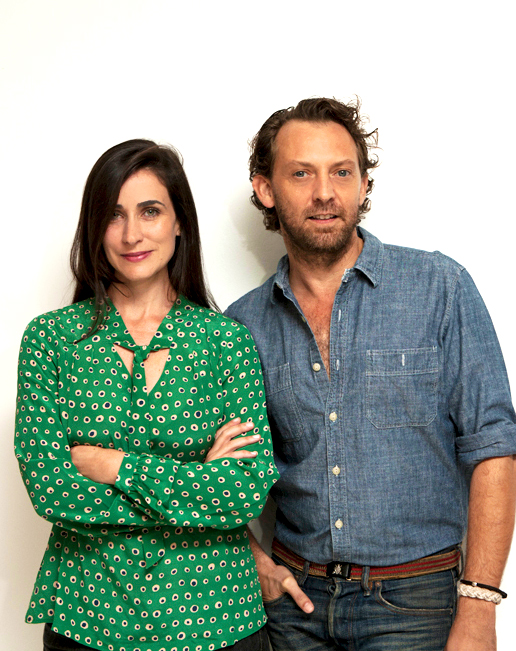 Amy Kehoe and Todd Nickey are  former New Yorkers who founded the Los Angeles–based interior design firm Nickey Kehoe. Top: A Børge Mogensen wingback chair plays off a mid-century Milo Baughman–inspired sofa at this Brentwood house. The vintage mirror is from NK Shop, the coffee table from Blackman Cruz and the cut-hemp rug from Lawrence of La Brea. Photo by Samuel C. Frost

Todd Nickey and Amy Kehoe can’t help but take work home at the end of the day. The cofounders of Nickey Kehoe, their Los Angeles interior design firm; NK Collection, their signature furniture line; and NK Shop, their home-decor boutique, are also next-door neighbors, living in mirror-image two-bedroom apartments in a Spanish-style 1920s duplex in Silver Lake. Whether looked at together or apart, their spaces serve as a sort of joint inspiration board, one that charts their shared personal and professional evolutions.

We bought the duplex when we were both spinsters,” Kehoe says, laughing over coffee at Nickey’s battered farm table. “And now I have a husband, Daniel, a four-year-old son, Wyeth, two cats and only twelve hundred square feet.”

“Amy’s is a little more modern and clean. Mine is a little more rustic and gritty, although I have been going through a granny-chic phase,” Nickey confesses, showing off a recently acquired miniature Lancaster Toby mug as his partner, Greg, gathers their three scampering mutts — Hedy, Mr. Brown and Hazel — for a walk.

“Someone described our duplex as feeling like the male and female incarnations of the same style,” Kehoe proudly adds. “We both like modern, rustic and traditional, imperfect finishes and industrial stuff.”

Since launching their partnership nearly a decade ago, these former New Yorkers have developed an aesthetic well suited to Los Angeles’s diverse creative and architectural landscape. Respectful of the vernacular — be it Venice Craftsman, Hollywood Hills modern or Brentwood Mediterranean — they bring a curatorial sensibility to interiors. Though Kehoe defines their look as “teetering toward the classic with a modern twist,” they champion not only pedigreed furniture and period wallpaper, but also humble touches such as burlap curtains and dog beds made from military surplus materials. “Give us an old tent,” Nickey says, smiling, “and we can do anything with it.” 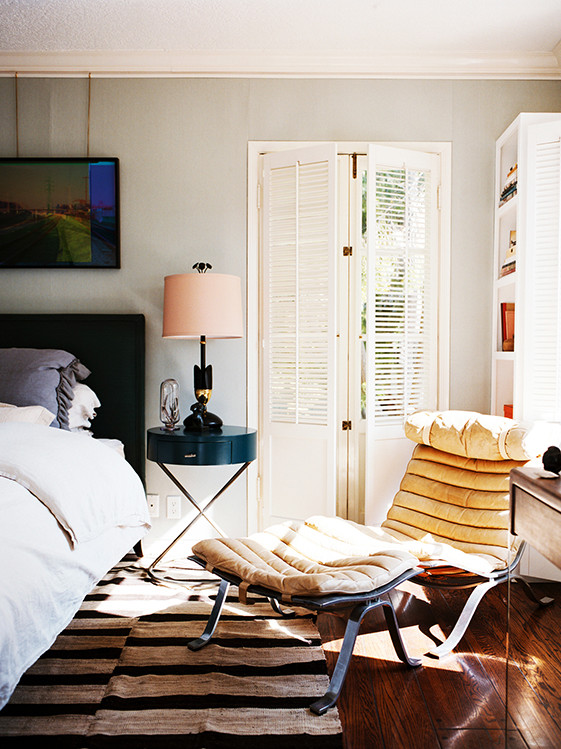 In the bedroom of a Hollywood home, the chair is vintage Arne Norell, the side table is custom made and the Persian goat-hair dhurrie rug hails from the 1940s. Photo by Max Kim-Bee

It’s what they don’t do that most impresses. Nickey Kehoe homes are devoid of by-the-numbers mid-century modern, Hollywood Regency and global Bohemian rooms. “We want to help people make decisions so they can build a collection that is not too overthought,” Kehoe declares. “So we steer away from trends and toward timelessness.”

Designing refined yet inviting spaces warmed by natural tones and textures, the duo artfully arranges 20th-century and bespoke furniture, adding accents — a red lacquered mirror, say, or a yellow powder-coated Bertoia footstool — that are bold but never brazen. “We try inherently to create a blend of periods, so it doesn’t feel like we went to the modern store to buy everything,” Nickey explains. “We don’t use a lot of showroom pieces. A large percentage is vintage or antique. We shop on 1stdibs religiously and use it to map out buying trips.” (The duo also has a storefront on 1stdibs.)

A keen eye for artisanal pieces and the ability to execute custom designs has brought Nickey Kehoe a devoted clientele that includes a host of Hollywood agents, producers, directors and screenwriters, as well as the actors Ginnifer Goodwin and Mark Ruffalo. “Everyone who comes to us has a real passion for beauty,” Kehoe says. “Working with creative people is a collaboration.”

Adds Nickey: “They trust us enough to allow us to edit, but we trust them enough to bring something to the table to make a story. When everyone has a strong point of view, you come out with something new.”

“WE TRY INHERENTLY TO CREATE A BLEND OF PERIODS, SO IT DOESN’T FEEL LIKE WE WENT TO THE MODERN STORE TO BUY EVERYTHING.”
– TODD NICKEY 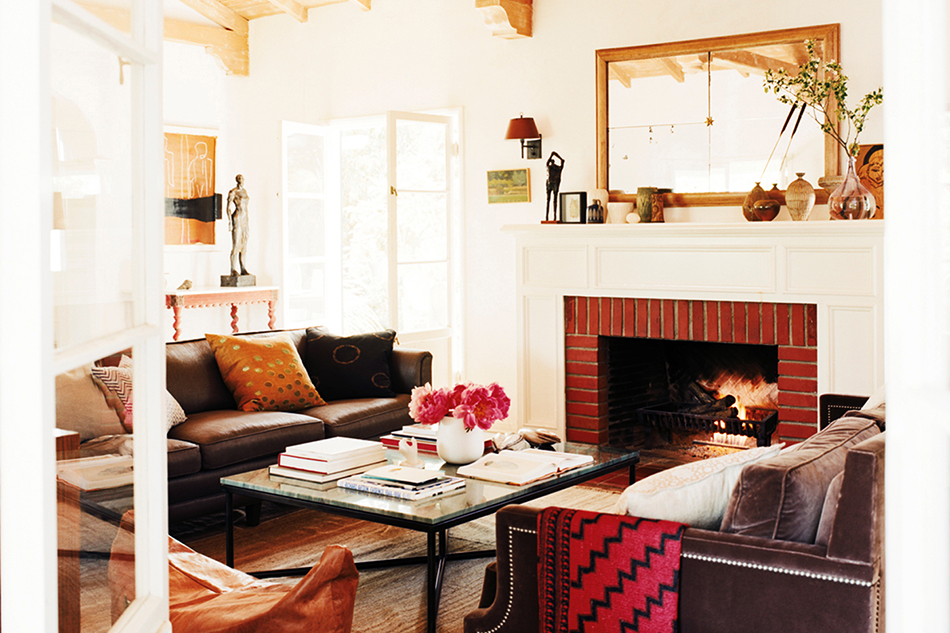 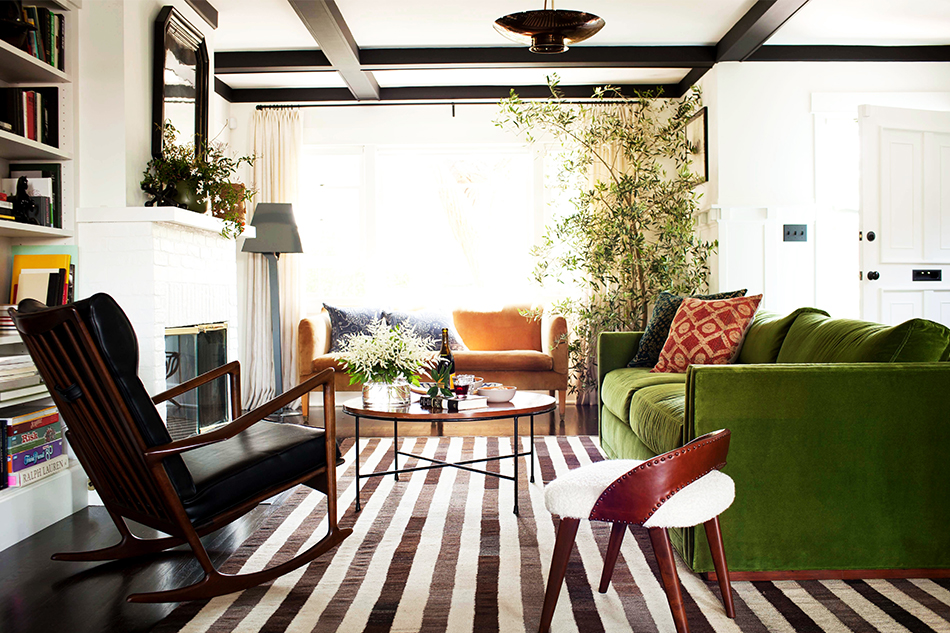 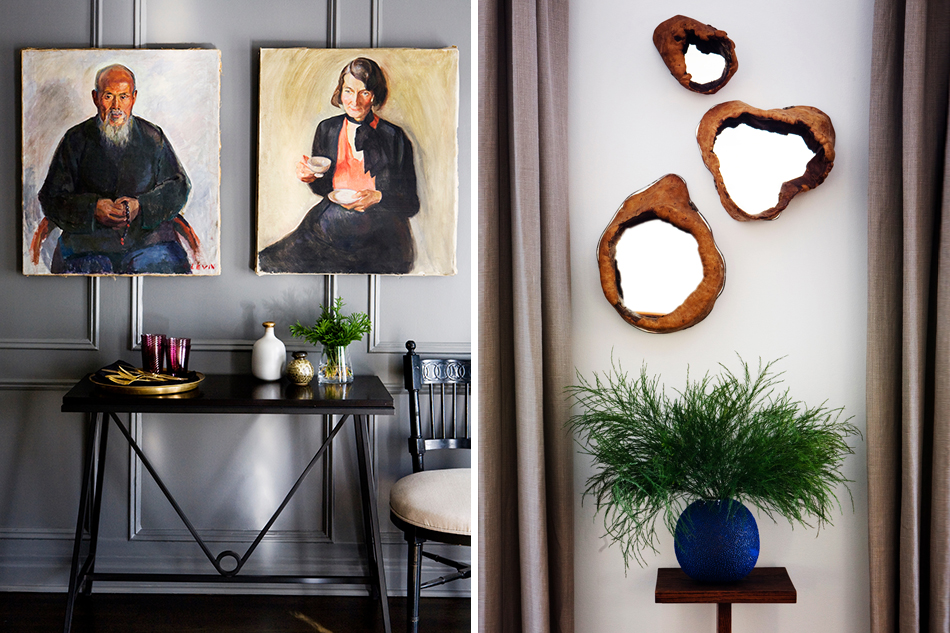 Left: Farrow & Ball’s Down Pipe gray provides a backdrop for a client’s pair of oil paintings, which hang above a vintage table and a chair from the NK Shop. Right: Amorphic mirrors create a simple balance with a geometric shelf on a focal wall in a Hancock Park house. Photos by Samuel C. Frost 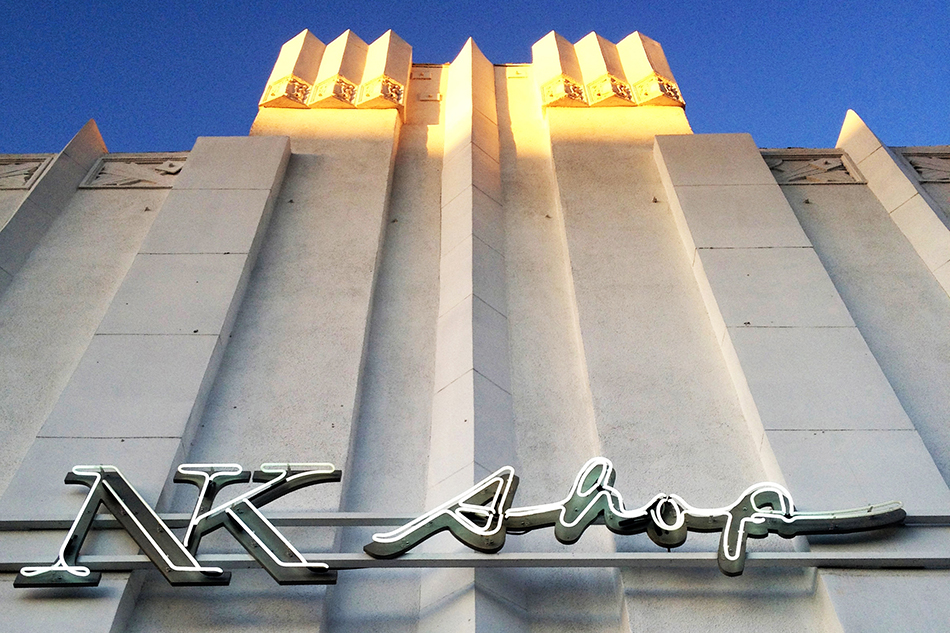 Last spring, Nickey Kehoe relocated its studio and shop to a building with a distinctive Art Deco–style facade in the Los Angeles design district. Photo by Timothy Ragan 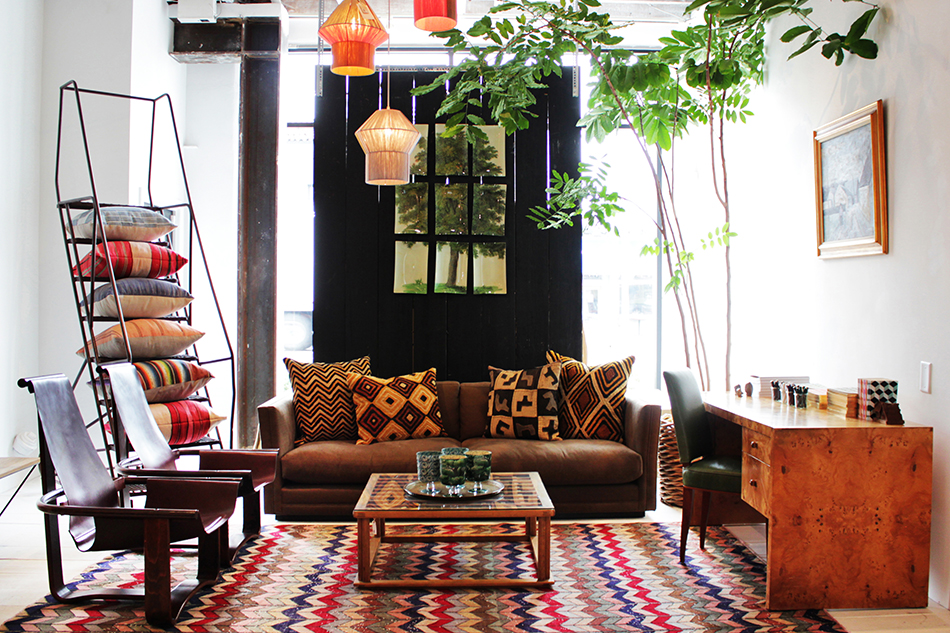 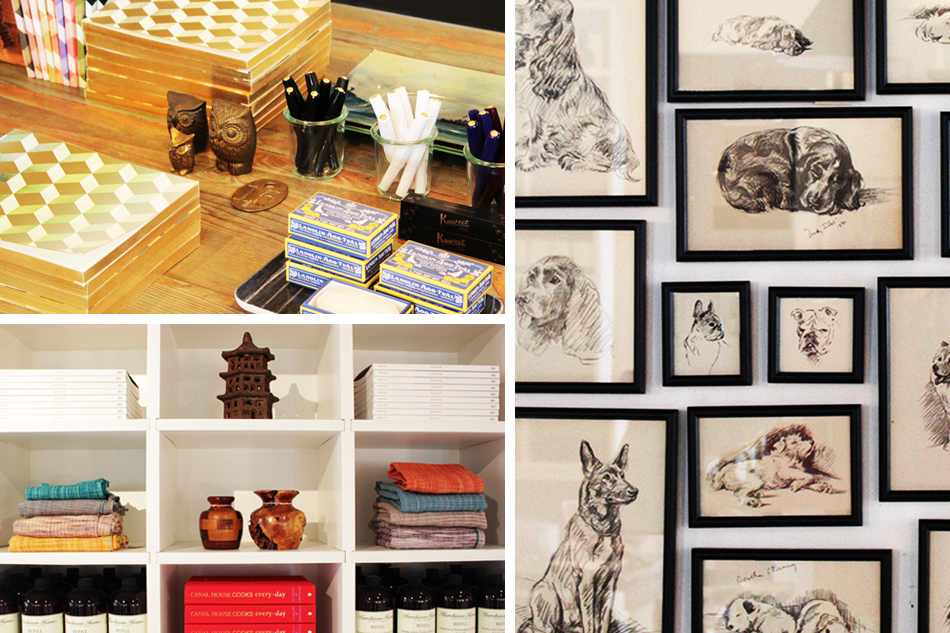 Nickey Kehoe Are Two of a Kind
1/6
View Slideshow 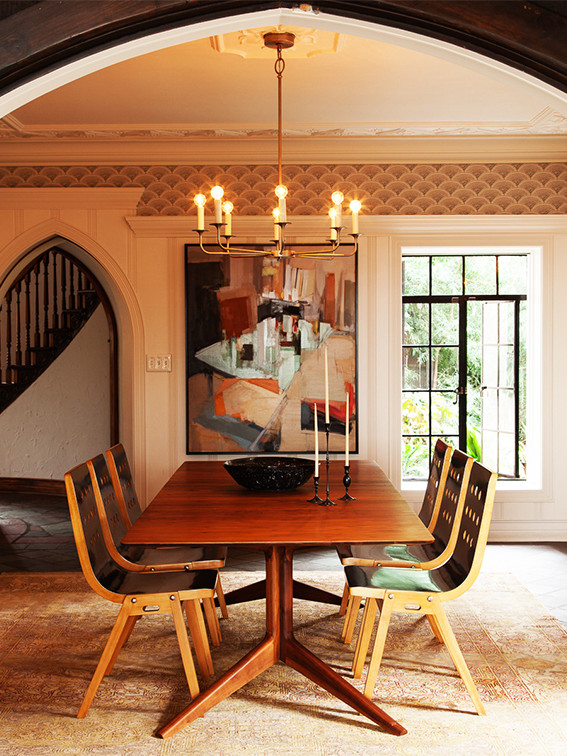 A Los Feliz house features Roland Rainer’s antique Viennese dining chairs around a walnut table from 1stdibs dealer Twentieth. The Veronique 8 chandelier is from Remains Lighting and the wallpaper is Cole & Son’s Feather Fan in ecru. Photo by Ann Neunsinger

Such was the genesis of the Nickey Kehoe sensibility, born of two distinctive perspectives. Nickey was raised in bucolic Hagerstown, Maryland, in an early-19th-century log cabin with a stable and chicken coop he built at age 12. “Everyone had barns that they whitewashed with milk paint,” he recalls. “So, although I like lacquer, I have always been drawn to natural finishes.” Upon moving to New York City in 1990, he worked as a wardrobe stylist on music videos before designing windows for Ralph Lauren’s Madison Avenue flagship and stores for Donna Karan and Badgley Mischka.

Kehoe, for her part, spent her childhood in Winnetka, Illinois. “I didn’t grow up in a grand home,” she explains, “but I saw David Adler and Frank Lloyd Wright houses, and that tasteful Midwest affluence has been a big influence on my design aesthetic.” She spent weekends at her grandmother’s Chicago apartment, which was fitted out with Rococo and Napoleon reproduction furniture, antique carpets and oil paintings. “It was refined, but on a budget, which has also become part of my philosophy.”

Eventually she moved to Paris to study at the Sorbonne. There, she discovered contemporary design, including the rope tables of Christian Astuguevieille. She later settled down in New York, where she worked for Laura Kirar, soaking up the intricacies of furniture design. That led to a job in hospitality design with Starwood Hotels, which brought her to Los Angeles.

Introduced by mutual friends in 2000, Nickey and Kehoe first met in New York and soon became best pals. He had started an interior design business there, but, as more West Coast commissions came his way, he relocated to L.A. three years later. One night in 2004, over glasses of Prosecco at Ammo in Hollywood, the duo decided to create Nickey Kehoe. 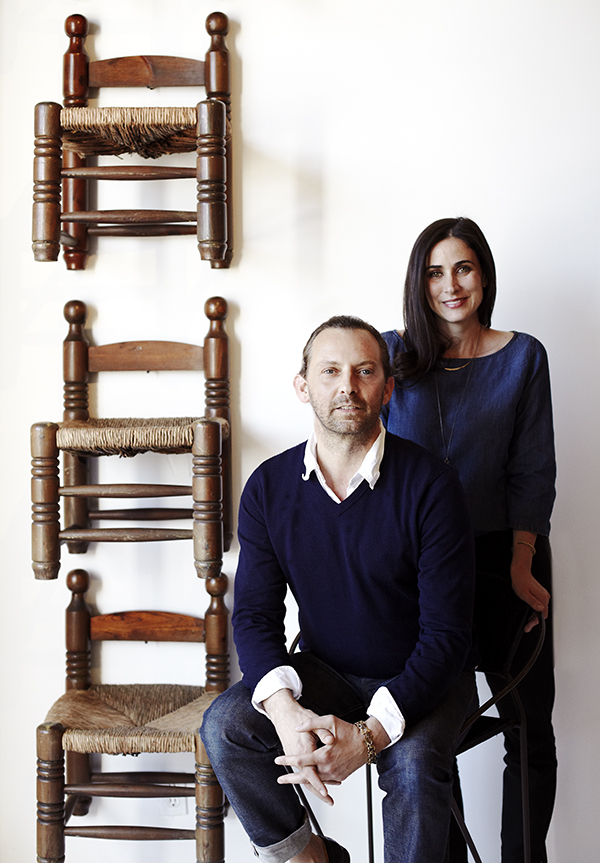 Nickey and Kehoe pose beside wood and rush fireplace stools, which are available on their 1stdibs storefront. Photo by Giovanni Jance

Working together, in a city often defined by high-glamour, high-ticket design, Nickey and Kehoe’s accessible style quickly gained traction. By 2008, they were able to move out of their plain office space and open NK Shop, an atelier that merged their design studio with a retail storefront. This new spot, on Hollywood’s Highland Avenue, served as a showcase for their vintage and antique finds and NK Collection, their custom designs, which includes the Modernist T dining chair, a sculptural seat that recalls the shapes of Marcel Breuer and Alvar Aalto, and the brass L-Sconce, a versatile light fixture with an exposed bulb and reflector backplate that illuminates chef Suzanne Goin’s AOC restaurant. “The philosophy behind [NK Collection] is to create classic pieces we just can’t find,” says Kehoe.

At first, the shop was an incubator, where Nickey and Kehoe could play around with what pleased them. But they proved so adept at finding and filling the space with objects of all kinds — made-in-the-U.S. bedding and artisanal tabletop goods such as Match pewter from Italy, ceramics by Terrafirma and Richard Carter, handmade carbon-steel knives by Matthew Lajoie and Fog Linen kitchen cloths — that last year they moved the NK Shop to a 3,000-square-foot storefront on high-profile Beverly Boulevard.

Despite their busy retail business and full roster of design projects, Nickey and Kehoe still make time to enjoy Southern California’s abundant natural inspirations. “When I need a break from design, I go to the desert,” says Nickey. “There’s something about the landscape that decompresses me. I need to see ecru, tan and beige.”

“Todd can’t help it,” Kehoe concludes, “He’s got granny in his DNA.” 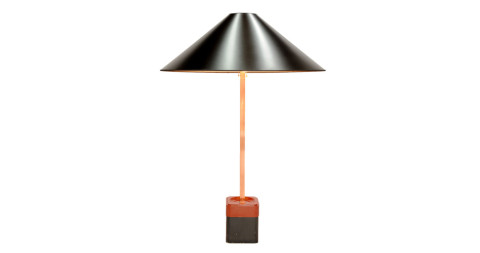 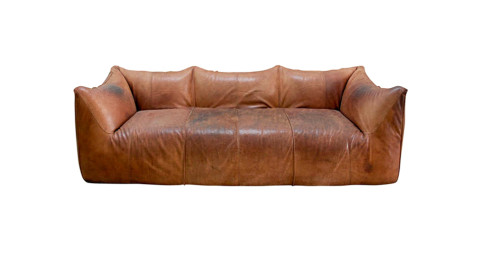 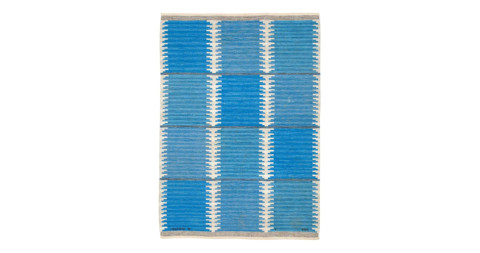 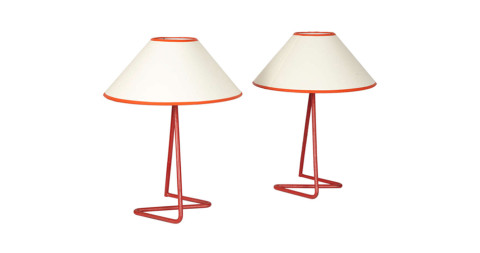 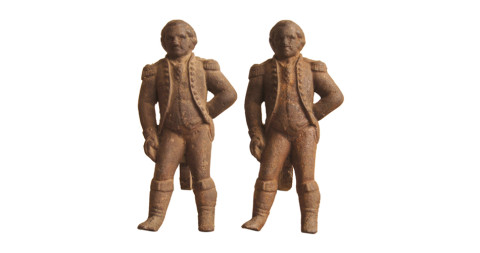 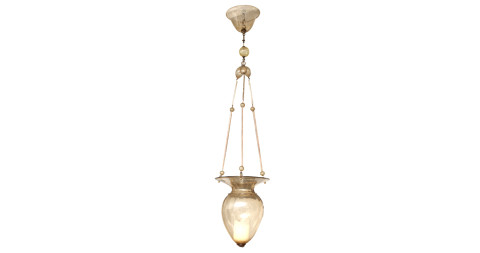 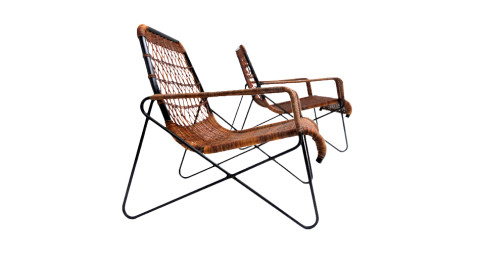