Oliver M. Furth Does Traditionalism through the Lens of L.A. 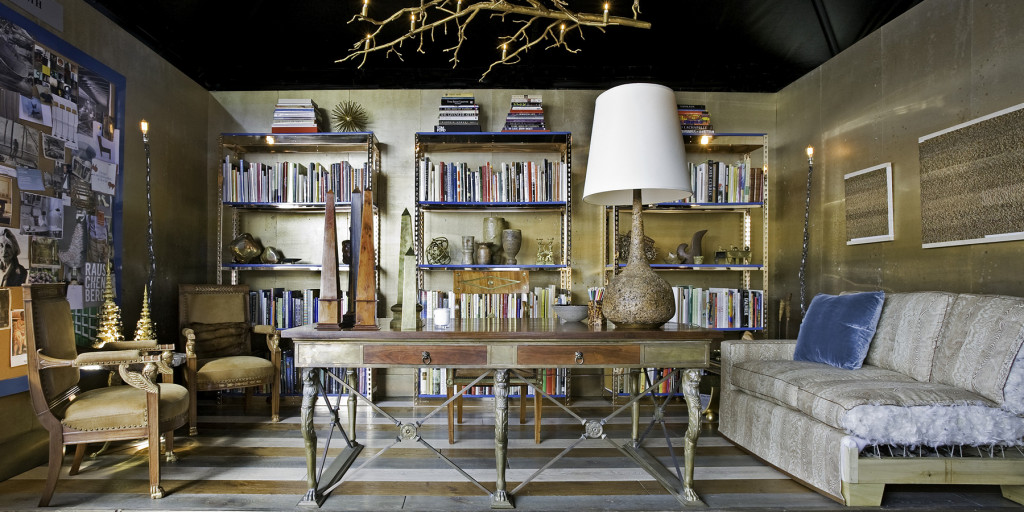 The young Los Angeles designer has a resume that includes time spent at Christie’s and in the studios of Michael Smith, Martyn Lawrence Bullard, Trip Haenisch and the late Greg Jordan. Today, he creates smart, modern-classic interiors for such clients as Arianna Huffington as well as major players in the film and television industries. 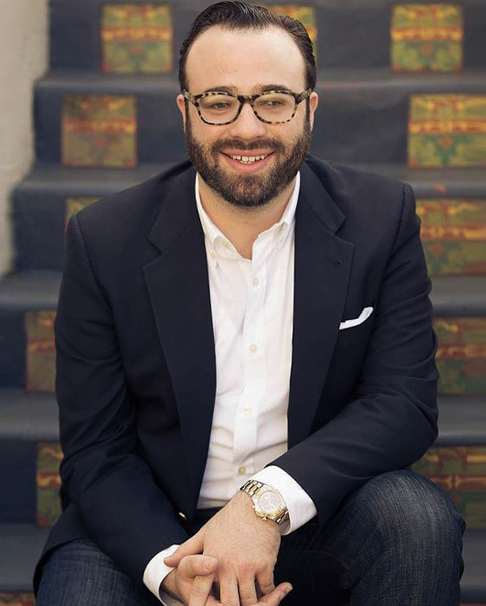 With a name that sounds like it was borrowed from a Dickens novel, interior designer Oliver M. Furth lives an upstairs-downstairs life — with a twist. On the ground floor of a 1926 Spanish-style duplex in Los Angeles’s Carthay Circle, Furth, who admires both European classicism and 20th-century California interiors, maintains a design office furnished with his grandparents’ Danish modern heirlooms and a library of some 5,000 books on architecture, art and fashion. They are stored on industrial shelves that he customized with rose-gold uprights and lacquered shelves, part of a capsule furniture collection that will launch later this year. “I’ve read Rose Tarlow’s The Private House at least thirty times, and, right now, I am deep into Mario Buatta’s book. It’s the furthest thing from L.A., and it feels so exotic,” says Furth.

On the second floor, Furth lives with design brand-consultant Sean Yashar and a feline named Rudy Huxtable, who excuses herself from the room when a visitor enters. “I think of homes as a visual biography,” Furth says. “I love the story that is being told.” His living room alone is rich with character: Vibrant Edo silk panels share wall space with contemporary abstract art over a deep sofa that Furth designed, and which, he explains,“doubles as our guest bed.” The room functions as a salon and occasional dining area, with a pair of 18th-century Italian chairs, an unrestored Louis Philippe bombé chest that serves as a bar, furniture by Michael Taylor and Hungarian Deco designer Lajos Kozma and a Memphis side table by Peter Shire. In the center of the space is a $400 West Elm table with Prouvé-ish legs that Furth had refinished in a crackled lacquer teal. “I love any color between blue and green,” he says. 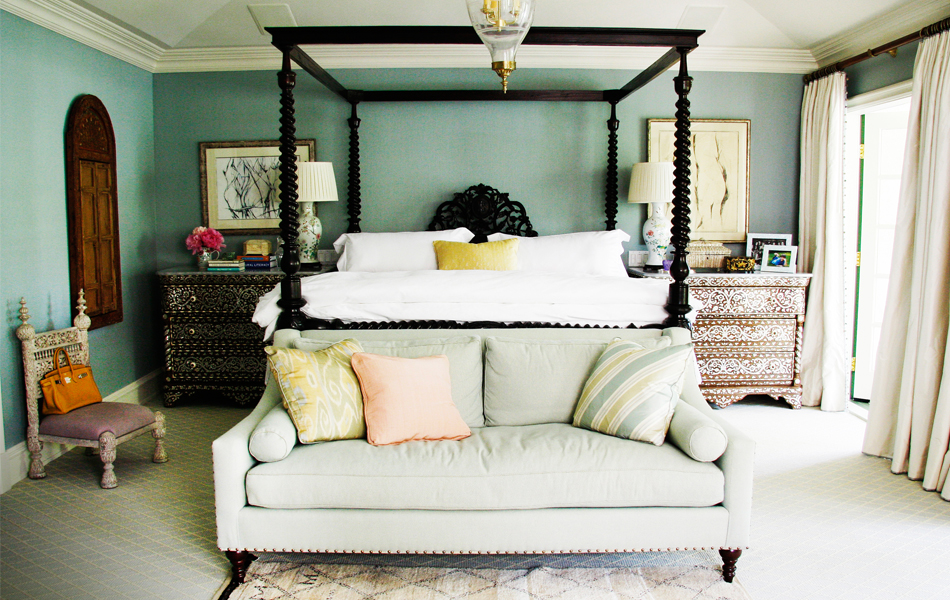 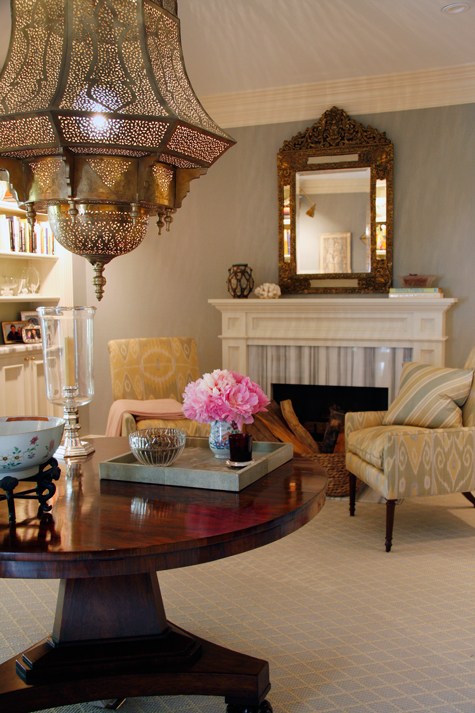 Bearded and vintage-bespectacled in the manner of an academic, albeit one with a Platinum card, Furth is dressed in a blue cashmere sweater, crisp white French cuff shirt and blue jeans with yellow-soled gray wingtips on his feet and a Daytona Rolex on his wrist. He just about looks his age, and, at 32, he straddles the gulf between the to-the-trade mentality of 20th-century decorators and the new design-world realities of the digital age. “I am like a grandpa; give me a quill and a candle and I am very happy,” jokes Furth, who has for the past four years been the chair of the Decorative Arts and Design Council at the Los Angeles County Museum of Art. “I barely know how to use a computer, but, with 1stdibs, I can shop for Regency chairs all around the world at three o’clock in the morning.”

Opinionated and admittedly obsessive about history and context, Furth is quick to point out clichés — “an Hermès blanket is faux luxury; it’s meant to go on someone’s horse, not as a throw in an apartment” — but he does not bemoan the democratization of design. “Things we once thought were luxurious, like shagreen, are less so when you see them everywhere,” he says. “I think it’s fantastic there are now so many options. It raises the bar and evens the playing field for designers to do something bigger and better.” His practice, he concedes, is somewhat perfectionist. “I do a lot of research with clients and get into their heads,” he says. “I am very process oriented, and I enjoy a challenge. I have a couture approach. I have my own fabrics made and have them pleated like Issey Miyake. I get silk hand-woven in Laos and embroidery done in India. I am a finish-and-hardware junkie, I have my own doorknobs and faucets made and add rock crystal or ebony. I’m always trying to customize.” 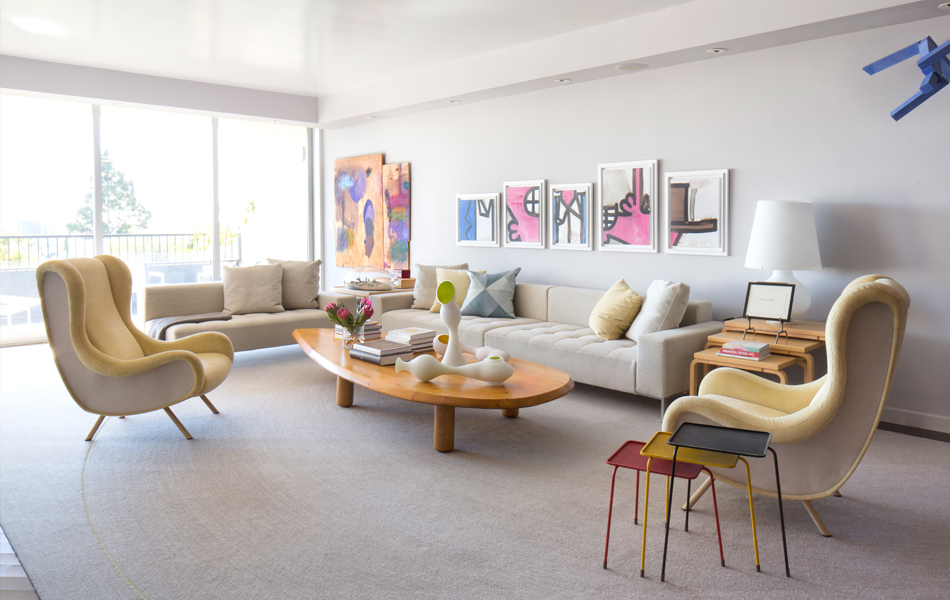 A light by Kwangho Lee, from J.F. Chen, echoes drawings by Louise Bourgeois. The table is by Stefan Lawrence and is from Twentieth, while the Arturo Pani chairs are from Adesso. Photo by Jonn Coolidge

The only child of Ken, a businessman, and Gina, a fourth-generation Californian in the jewelry business, Furth was raised in a 1960s modernist glass box in the Hollywood Hills. “My parents had wall-to-wall carpeting, vertical blinds, a glass-topped table and what I call ‘rising-biscuit’ furniture,” he says, comparing the overstuffed sofa to something that had popped out of a Pillsbury tube. “Everything was white and beige, and I hated it.”

The young Furth, who got a subscription to Architectural Digest at 9, had free rein over his own room, turning it into a Lincoln Log cabin with tree-stump furniture and painting it red before settling in his early teens on a grisaille theme of charcoal, black and white. He says he had a liberal and progressive education at what he calls “feel-good schools where you could declare yourself a fine-arts major in the ninth grade.” At 15, Furth spent his after-school hours in architect Marc Appleton’s office, and, the summer before he matriculated to the architecture program at the University of Colorado, where he was also part of the downhill slalom ski team, he interned at Christie’s in Los Angeles.

He eventually became a consultant in Christie’s 20th-century decorative-arts department. “It was an amazing education,” he says. “We’d look at Billy Haines furniture at Mrs. Bloomingdale’s house and pick out treasures with Tony Duquette at Dawnridge, his Beverly Hills home. He’d serve us ice cream and then take a nap.” 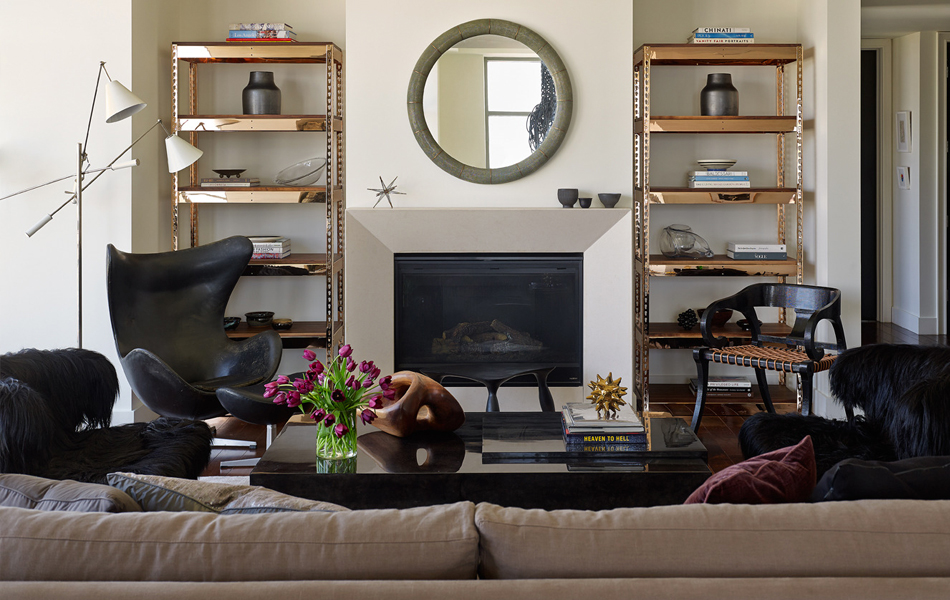 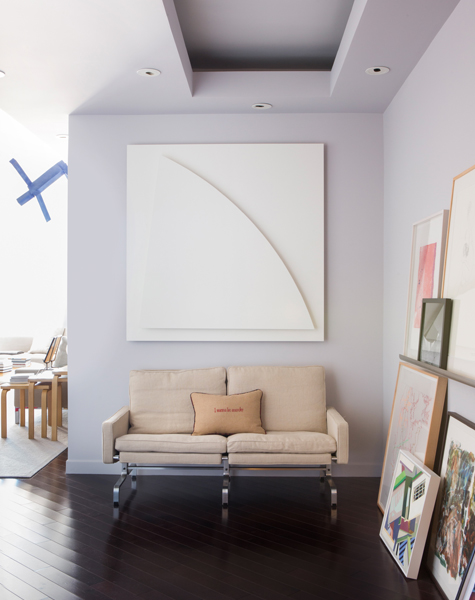 Says Furth: “An ever-changing collage of art sets the tone for this contemporary Hollywood home,” where an Ellsworth Kelly painting hangs above a sofa by Poul Kjærholm. Photo by Stephen Busken

At the same time, Furth was adding illustrious names to his resume, working in the design office of Martyn Lawrence Bullard and Trip Haenisch and spending two years at Michael Smith’s firm before starting to split his time between the New York and Los Angeles clients of the late Greg Jordan. Launching Oliver M. Furth Design and Decoration in 2006, the then-25-year-old quickly built a client list that includes Arianna Huffington, Joan and Melissa Rivers and various big players in the film and television industries.

“I was trained traditionally. I know how to decorate that way, and it informs my work,” Furth says. “But I do consider myself a modernist, though I also love neoclassicism and the exquisite workmanship, forms and proportion of French furniture in a way that I didn’t when I was younger. Jean-Michel Frank is someone who took furniture down to its essence while still reminding you it’s supposed to mix with Louis XVI.”

As a designer and decorative-arts scholar, he is keenly focused on finding modern-day innovators. “Even if it’s just a nuanced difference, I believe in pushing the envelope and telling a bigger story. So I am interested in the middle of the Venn diagram, where the circles of art and design intersect,” says Furth, who finds it in the architectural-yet-lush furniture of Azadeh Shladovsky and the amazing bronze and porcelain craftsmanship of David Wiseman’s chandeliers. “I encourage my clients to collect this work as they would art,” he says. “What is more luxurious and rare than something handmade in small editions, something that moves you emotionally and is also part of a bigger dialogue of art and design?”