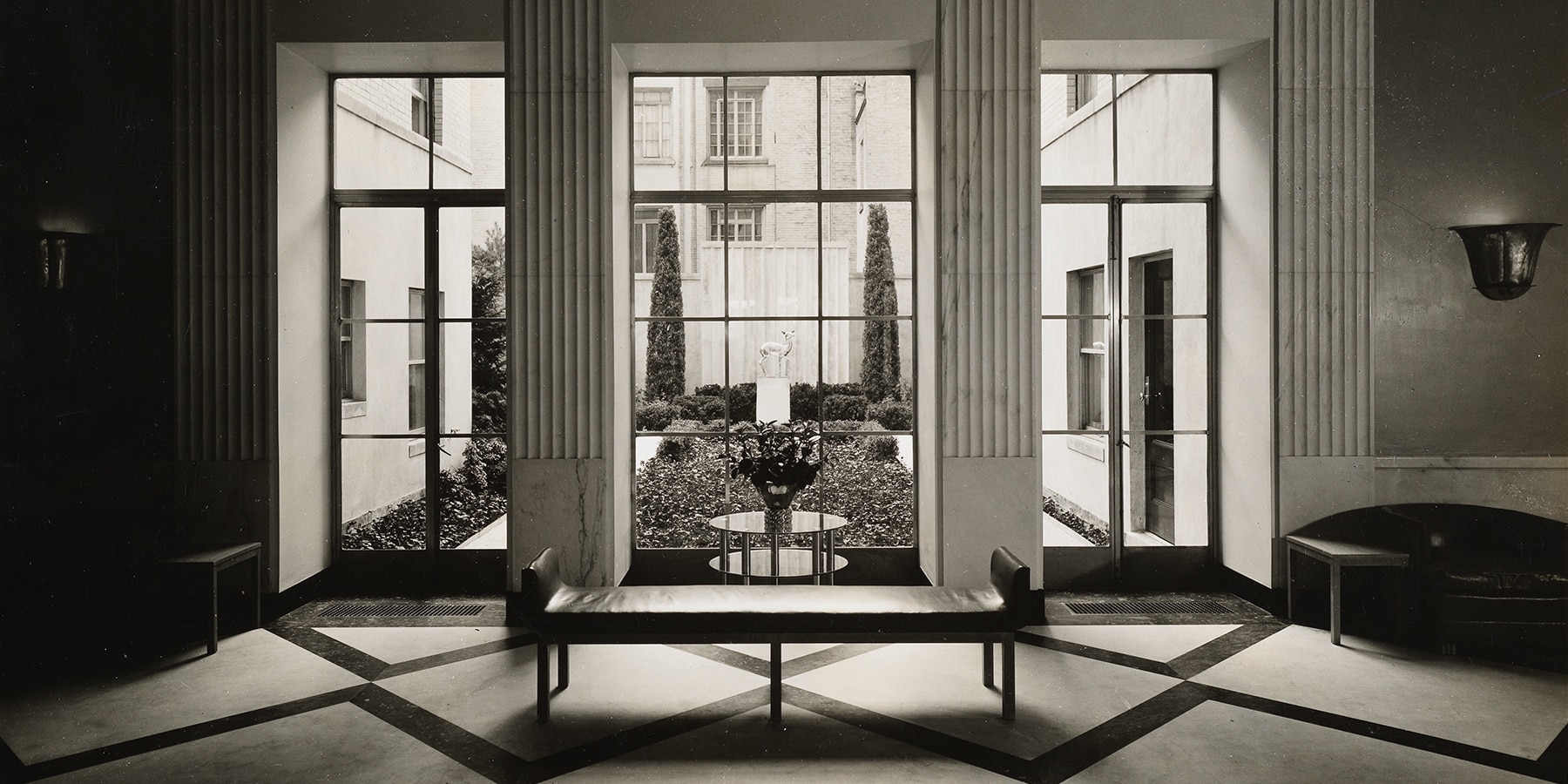 Italian-born architect Rosario Candela was one of the pioneers of New York City high-rise-apartment living. 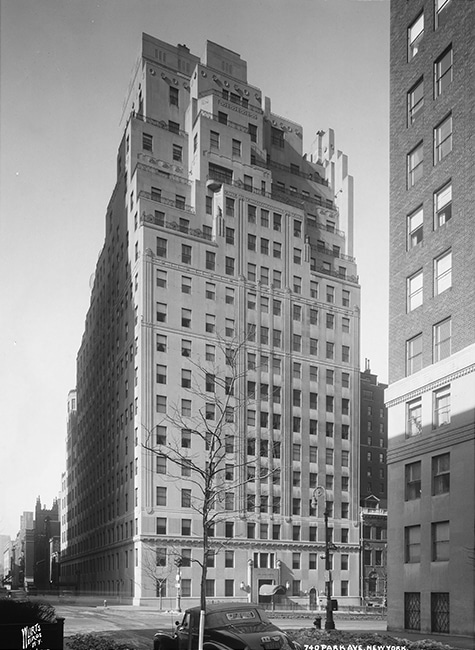 Even today, eight decades after the peak of his fame, the architect Rosario Candela’s name remains synonymous with the ultra-luxury prewar New York apartment building, a genre he helped create in the 1920s and ’30s. Despite the proliferation of much taller, more modern and stratospherically more expensive residential towers by today’s A-list architects, the spacious, generously proportioned, thoughtfully laid-out and elegantly detailed apartments in Candela’s buildings — such as 740 Park Avenue, 960 Fifth Avenue and One Sutton Place South — are still as sought-after by today’s titans of business and society as they were when new. John D. Rockefeller Jr.’s  34-room apartment at 740 Park, for example, is now home to Blackstone Group chairman and CEO Stephen Schwarzman and his wife, Christine.

The artistry behind that lasting popularity is the subject of “Elegance in the Sky: The Architecture of Rosario Candela,” at the Museum of the City of New York through October 28. The exhibition, curated by Donald Albrecht and designed by Peter Pennoyer Architects with graphic design by Tsang Seymour, explores how the architect, a plasterer’s son from Sicily, helped transform New York’s most exclusive neighborhoods — and the residential real estate industry itself — between the two World Wars by changing the very idea of home for wealthy New Yorkers. As Albrecht notes, Candela’s work “combines poetry and pragmatism.”

This compact show, housed in one gallery of the museum and an adjacent corridor, uses photographs (both archival images and new ones by Rob Stephenson); ephemera like marketing brochures; furniture from the museum’s collection; and digital animation to illustrate how Candela’s luxurious apartment architecture lured the old guard from its opulent mansions to what were marketed as “mansions in the sky.” (Indeed, many grand single-family houses were demolished to make way for these and other such buildings.) It also focuses on the contributions of Candela’s structures to the development of Fifth and Park Avenues, as well as Sutton Place, as bastions of top-drawer apartment living. 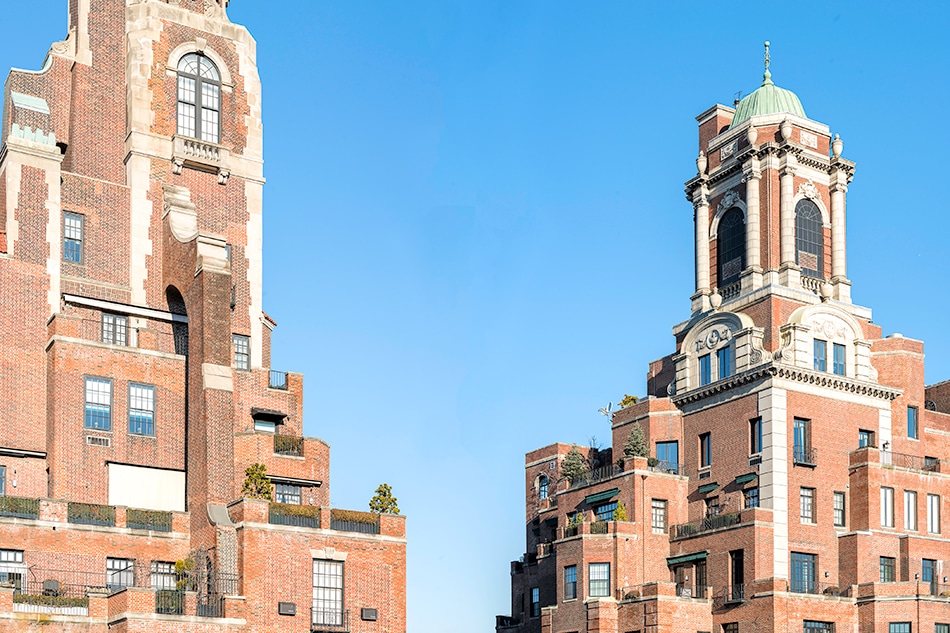 The not-quite-twin, ornately detailed and tapering peaks of, from left, 770 and 778 Park Avenue, 2018. Photo by Rob Stephenson 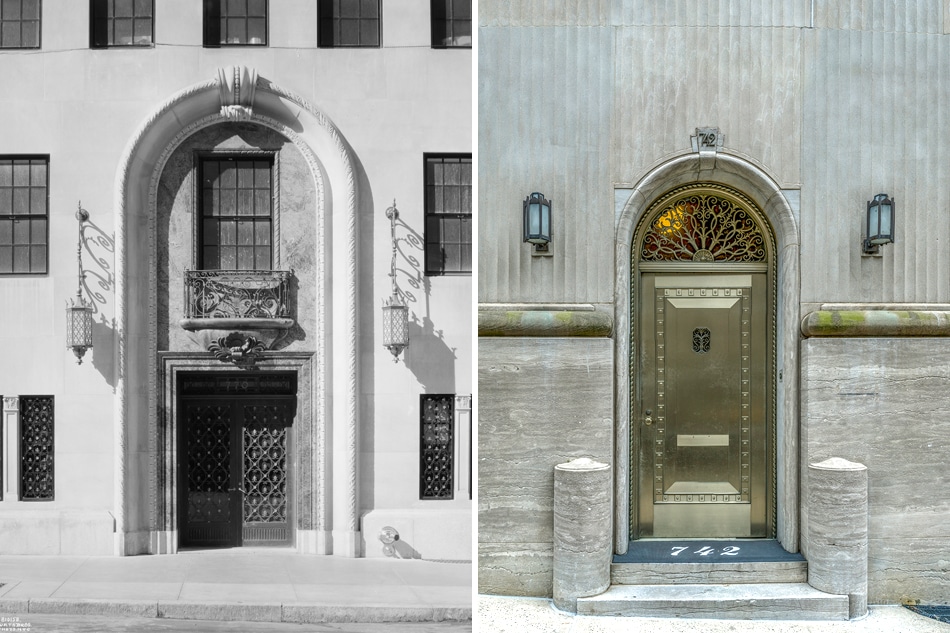 Left: The entrance, minus its canvas canopy seen today, of 770 Park Avenue, 1930 (photo by Wurts Bros. Museum of the City of New York, Wurts Bros. Collection, gift of Richard Wurts). Right: The ornate door to one of 740 Park Avenue’s street-level maisonettes, 2018 (photo by Rob Stephenson) 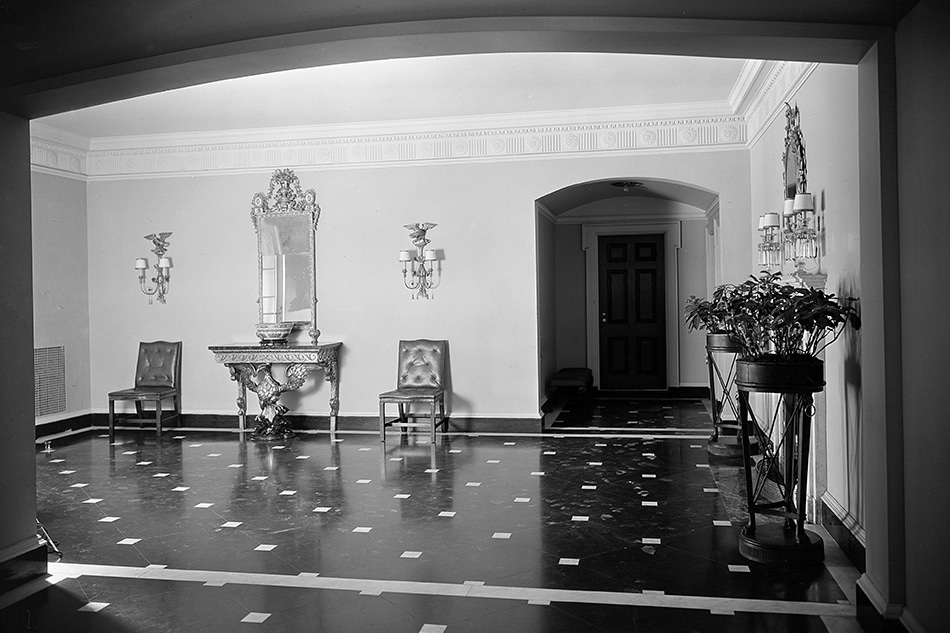 The quietly elegant lobby of 960 Fifth Avenue, 1929. Photo by Samuel H. Gottscho. Museum of the City of New York, gift of Gottscho-Schleisner 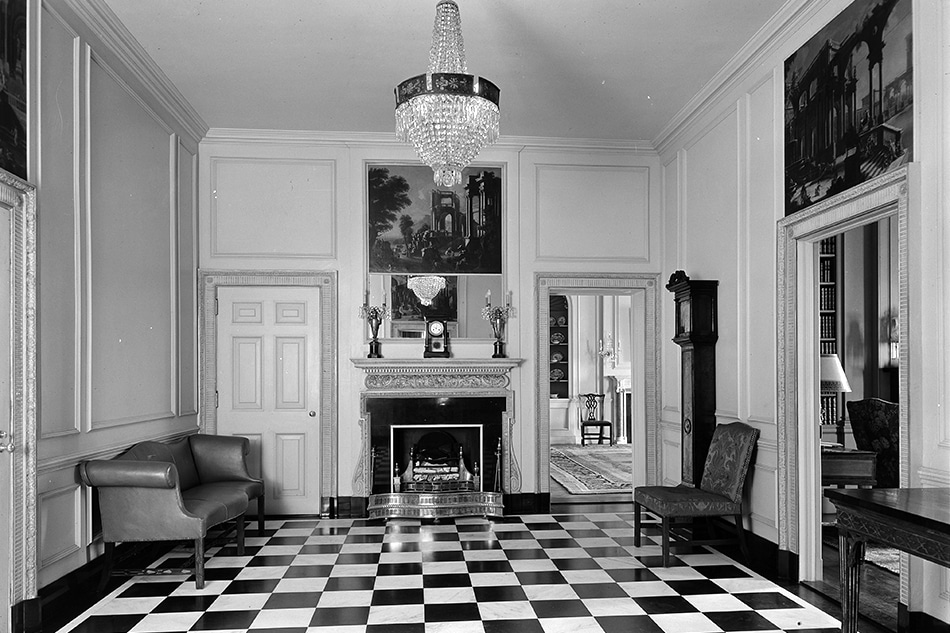 The high-ceilinged foyer of Thomas Cochrane’s apartment at 856 Fifth Avenue, 1930. Photo by Samuel H. Gottscho. Museum of the City of New York, gift of Gottscho-Schleisner 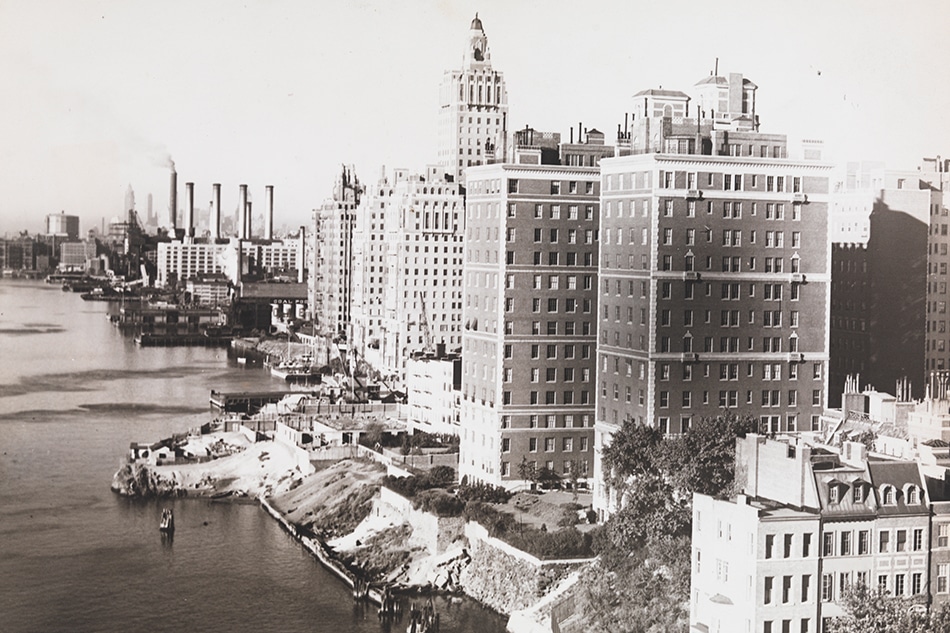 Looking south from the Queensboro Bridge at the u-shaped One Sutton Place South, ca 1935 and prior to the construction of the FDR Drive along the East River. Photo by Beecher Ogden. Museum of the City of New York, Photo Archives 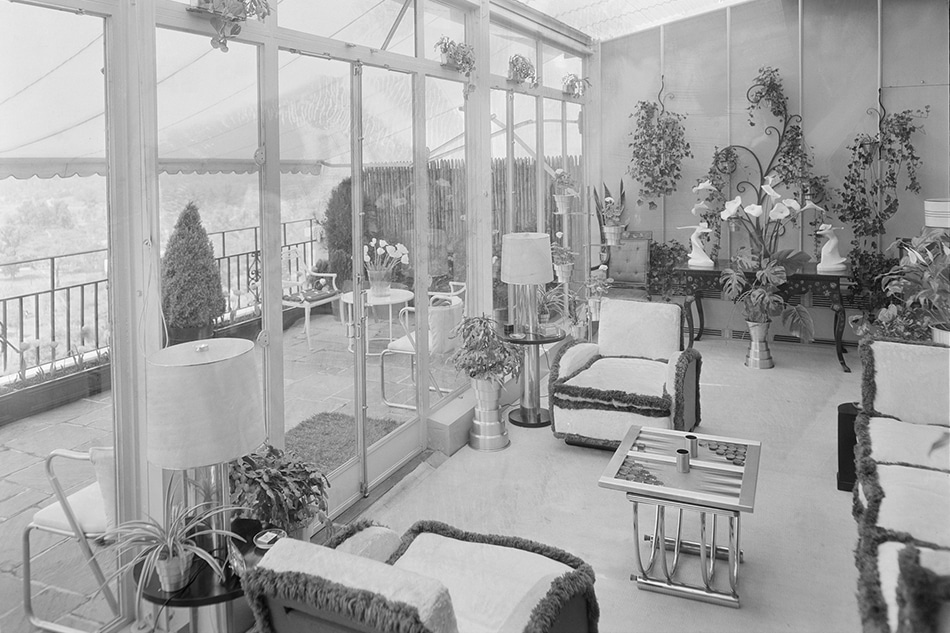 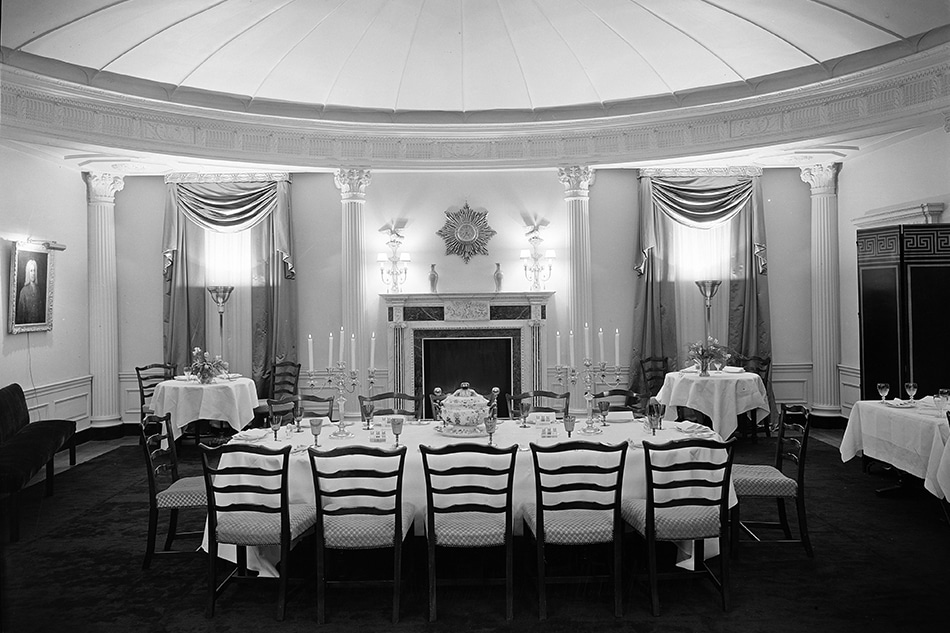 A residents-only private dining room off the lobby of 960 Fifth Avenue, 1930. Photo by Samuel H. Gottscho. Museum of the City of New York, gift of Gottscho-Schleisner 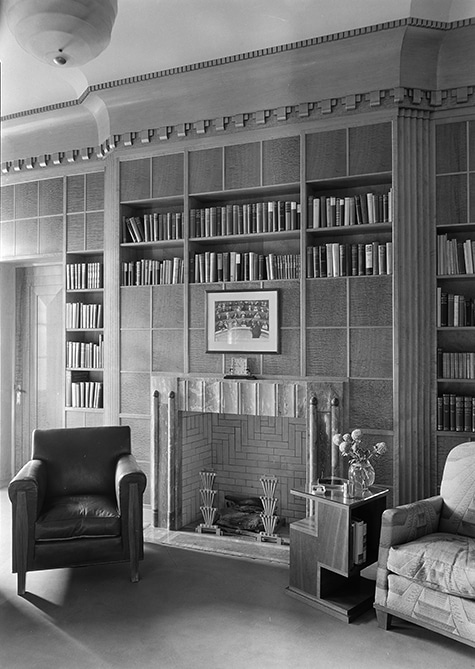 Candela, who was born in 1890, came to the U.S. around 1910 and got his architecture degree from Columbia University in 1915. By the early 1920s, he was at work — sometimes collaborating with prominent architecture firms like Cross & Cross, Warren & Wetmore and Mott B. Schmidt — on the buildings that would make him famous. “It’s important to understand the transformation of New York,” Pennoyer says, “which must have felt more radical when the mansions came down and were replaced by apartments.” Former mansion dwellers got all the comforts, and all the space, of their previous homes; their new dwellings offered vast rooms for entertaining, multiple terraces and servants’ quarters, among other amenities.

The architect’s buildings are known for their distinctive terraced setbacks — as epitomized by 770 and 778 Park Avenue, two structures, says Albrecht, “that are pure Candela” — and irregular fenestration, with windows often positioned to take advantage of views and light rather than in a set pattern. They are also characterized by intricate interlocking combinations of simplex, duplex and triplex apartments, as illustrated in a digital animation in the exhibition gallery created by Pennoyer’s office with the help of architectural historian Anne Walker (Pennoyer’s coauthor on several books).

Candela’s ability to solve complex spatial puzzles may be related to his passion for cryptography; he wrote two books on the subject and taught a class on it at Hunter College beginning in the early 1940s. The Great Depression had put the brakes on his career for much of the 1930s, and during the 1940s, he designed a handful of buildings, including 1 East 66th, which is known for having its own residents-only restaurant. He died in 1953.

In addition to the images and descriptions of the architecture, a witty classical wallpaper frieze — designed by the artist James Boyd, of the New York studio Boyd Reath with the architect Mark Herring, formerly of Pennoyer’s office, and Senior Designer of the exhibition — melds depictions of fluted columns from 740 Park and Greek-key ornament from 1 Sutton Place South with medallion portraits of the actress Joan Crawford, a resident of 2 East 70th; the legendary interior designers Dorothy Draper, who decorated a number of Candela lobbies and communal dining rooms, and Sister Parish, who lived in a maisonette at 960 Fifth; and the builders, fellow Italian immigrants, with whom Candela worked and who helped launch his career.

Albrecht, Pennoyer explains, “asked us to cover the points that were legible to everyone, not to do a scholarly exhibition on architectural history.” Still, plenty of scholarship is in evidence, along with a clever presentation and a wealth of information about the building blocks of domestic comfort, which may be Candela’s greatest contribution to architecture.