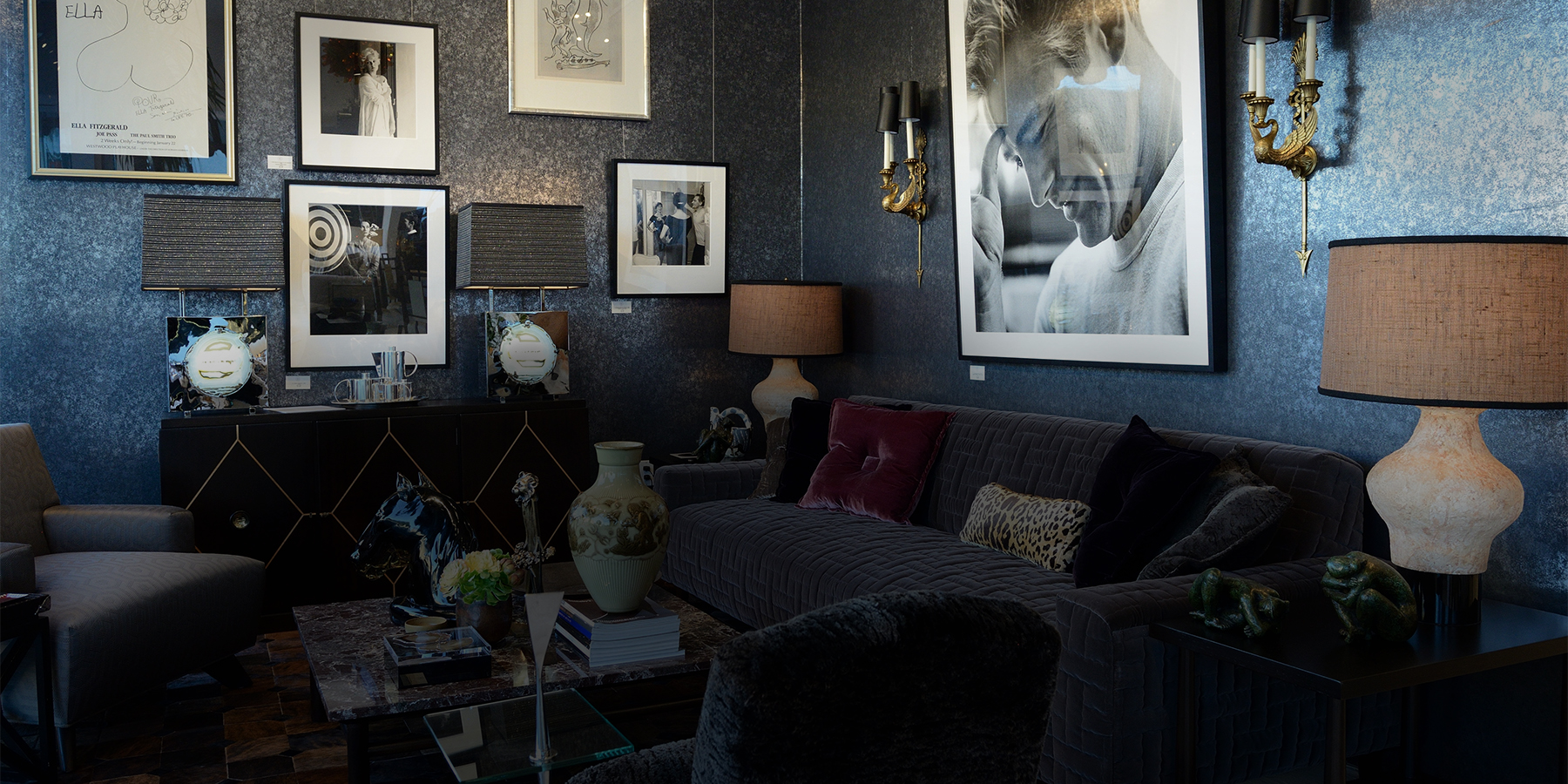 Mid-century photographer Sid Avery captured some of Hollywood’s biggest names in a uniquely natural way, often in their own homes. Now, the Los Angeles gallery Dragonette Ltd. is offering some of Avery’s masterpieces on 1stdibs — and they’re bigger and more beautifully printed than ever before. 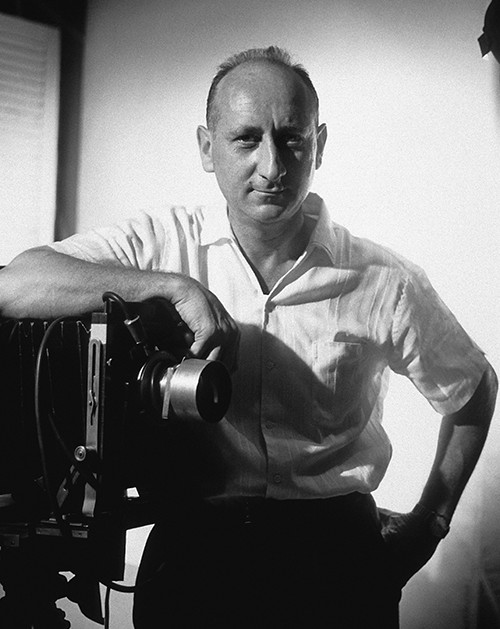 Steve McQueen in a kitchen with pegboard cabinets. A young Joan Collins at a Formica vanity. Anthony Perkins lounging by an Eames table with a Henry Dreyfuss–designed rotary phone. From 1946 to 1961, photographer Sid Avery shot Hollywood stars in a fashion that was as relaxed and accessible as the modern lifestyle envisioned by mid-20th-century designers. Dispensing with theatrical studio illumination and elaborate set dressing, Avery used natural light and existing environments — many of them personal residences — to catch actors in the act of being themselves. Even reluctant subjects were charmed by his relaxed manner; after agreeing to give him five minutes, Humphrey Bogart spent nearly two hours with Avery, who shot him with his then-pregnant wife, Lauren Bacall, hanging artwork in their new home.

“Avery captured Hollywood at home and at play, creating images of stars at ease and unguarded,” says Patrick Dragonette, of the Los Angeles gallery Dragonette Ltd., which recently assumed exclusive representation of Avery’s estate in California. As a result, the gallery is now offering vintage prints signed by Avery before his death, as well as limited-edition silver-gelatin prints that come from Avery’s archives and have been stamped by his estate with the signature of his son, Ron. “There’s a photo of Clark Gable in front of his former Encino home,” says Dragonette, who goes on to offer a personal connection to the work. “I swear I went to an estate sale at that same house.”

“Avery captured Hollywood at home and at play, creating images of stars at ease and unguarded.” — Patrick Dragonette 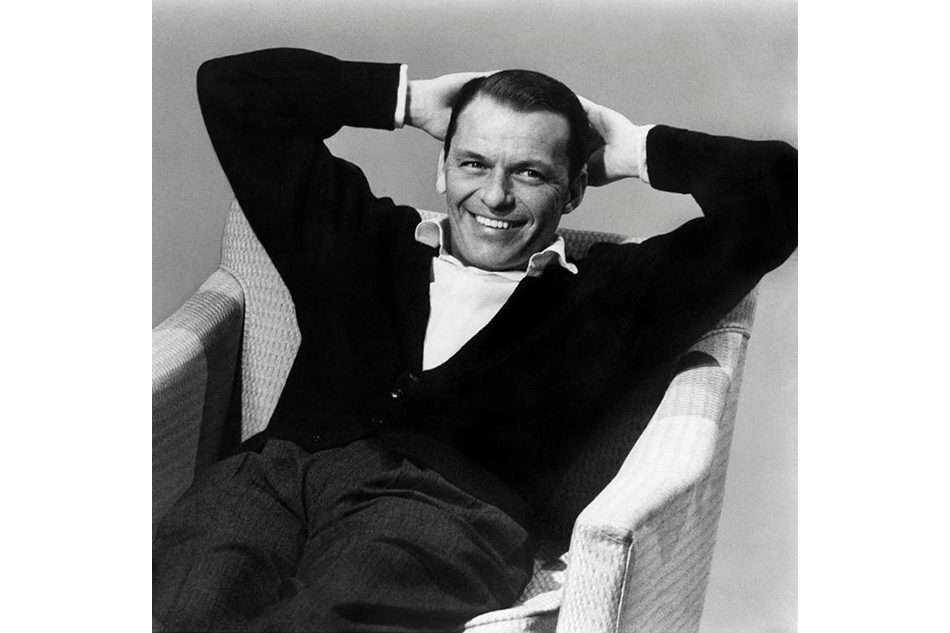 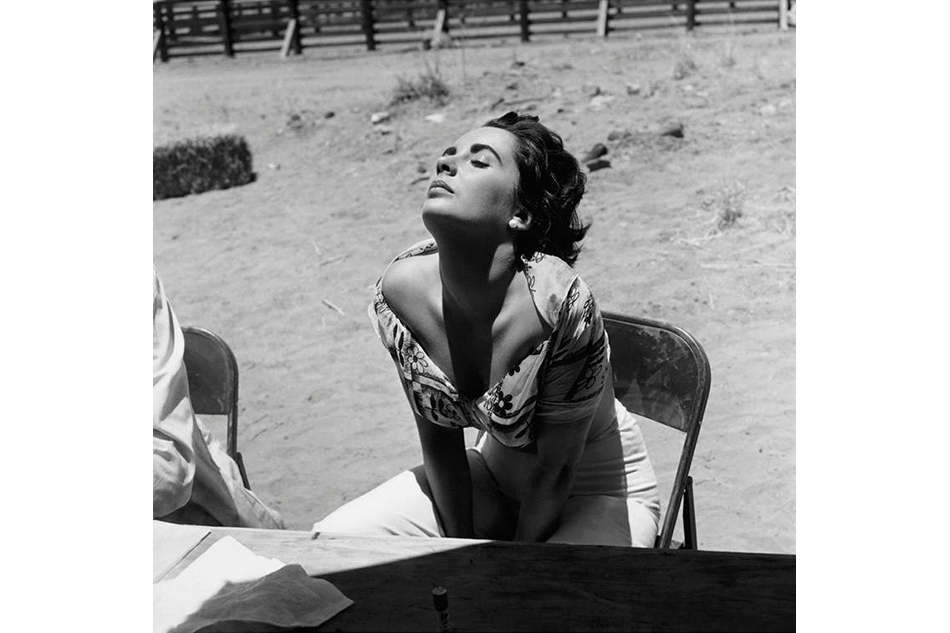 Elizabeth Taylor on Location in Marfa, Texas for the Film Giant, 1955 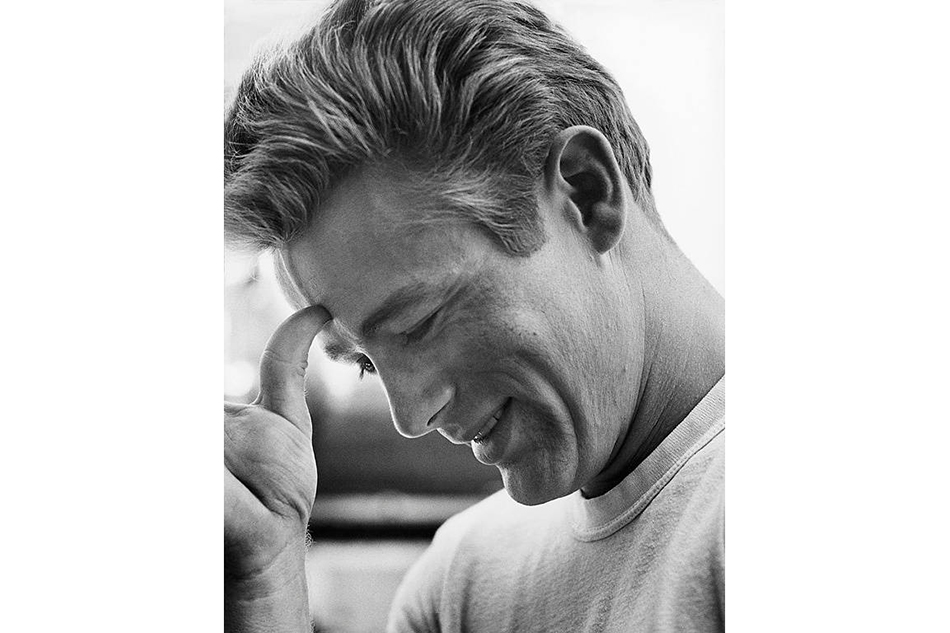 James Dean on the set of Rebel Without a Cause, 1955 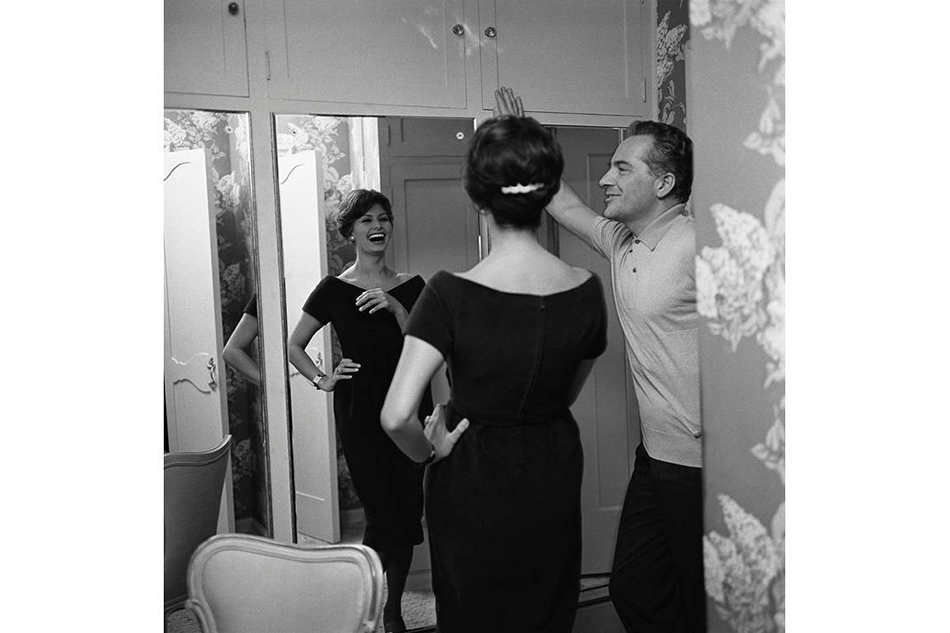 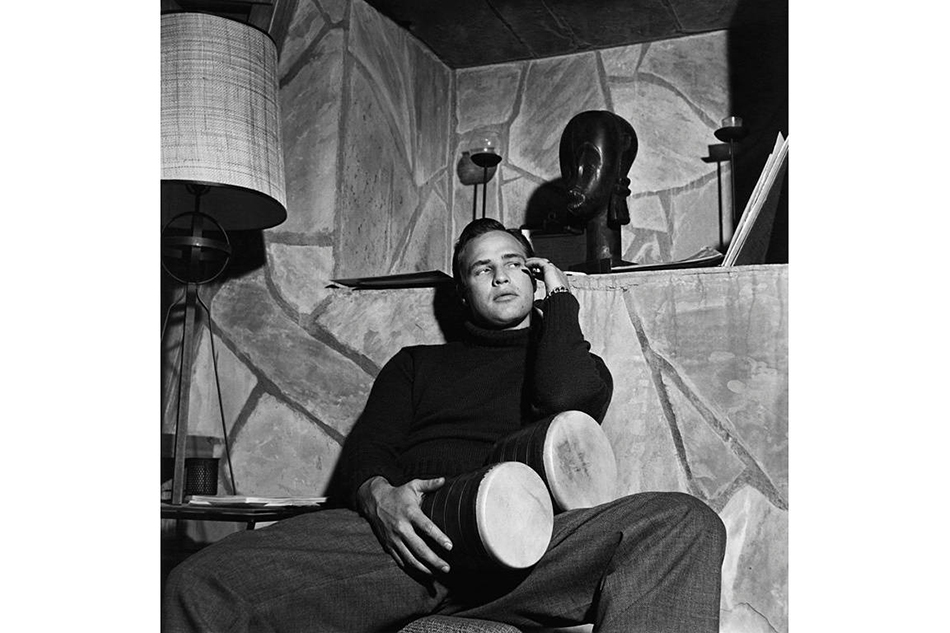 Marlon Brando at his Beverly Glen Home in Los Angeles, 1953 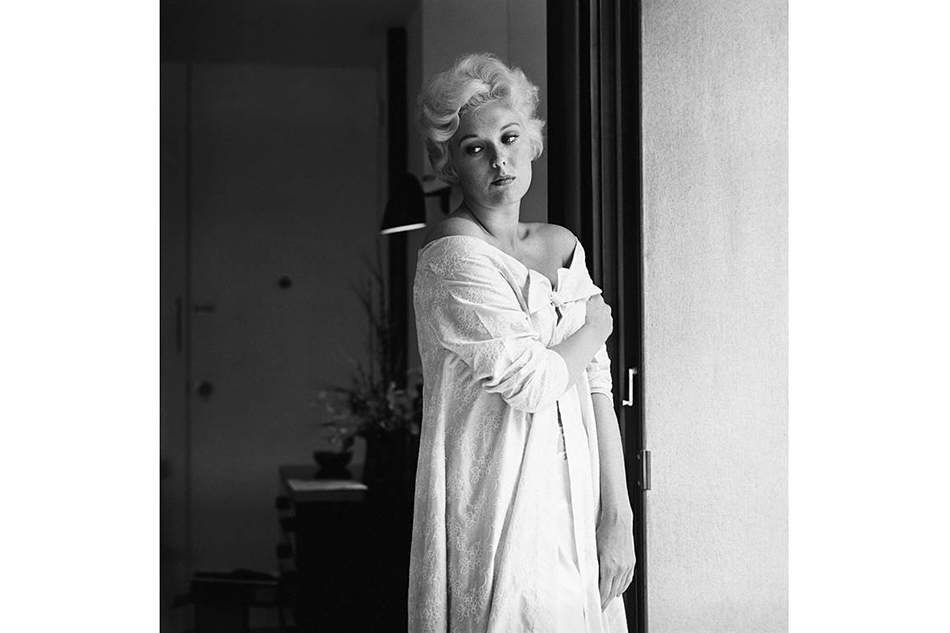 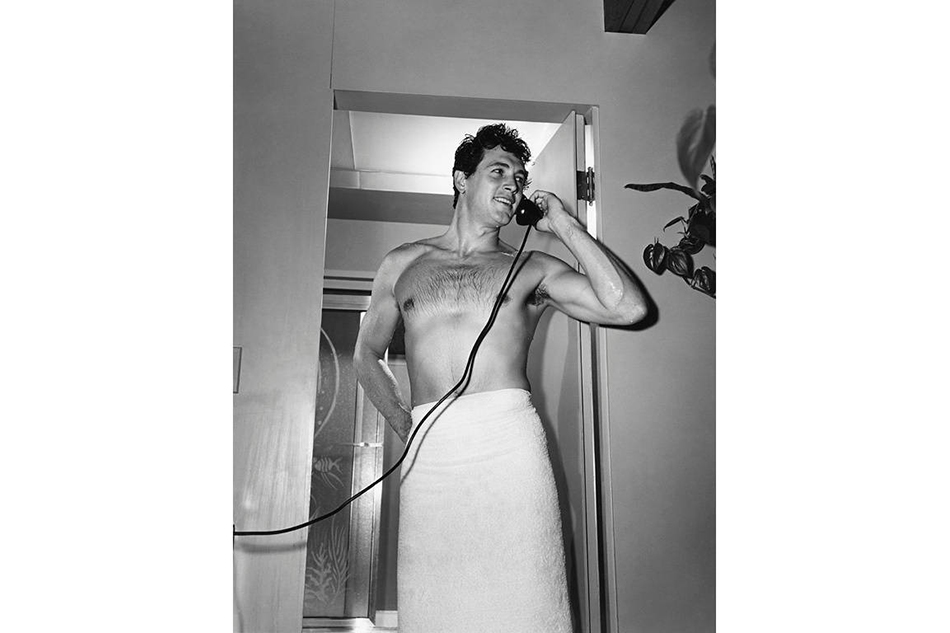 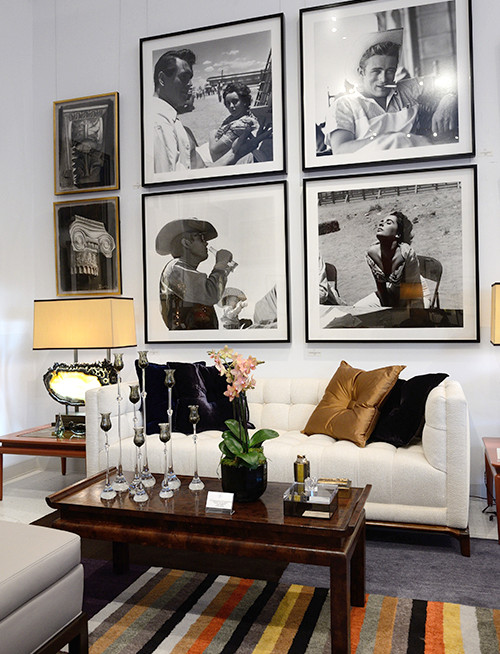 Dragonette is currently exhibiting a selection of the Hollywood photographer’s iconic portraits. Photo by Erik Neldner

Many of Avery’s iconic images — a smiling Frank Sinatra in an easy chair, Elizabeth Taylor sunning herself, a freshly showered Rock Hudson clad in only a towel — appear in the 2012 Reel Art Press monograph Sid Avery: The Art of the Hollywood Snapshot, by Ron Avery and Tony Nourmand. That book also includes recollections from the photographer himself, who died in 2002 at age 83. Some of these are aggrandizing (“He was the epitome of cool,” he noted fondly of Dean Martin); others, less so (“Never saw such an ornery dame,” was his take on an early encounter with Shelley Winters).

On September 25, Dragonette hosted an event to celebrate Avery’s work and began selling prints that are purposefully larger than the 8″ X 10″ originals Avery usually made for clients like Capitol Records and the Saturday Evening Post. “When you take this caliber of photography and print it at five feet-by-five feet, as we’ve done with a portrait of James Dean, it becomes more like Pop art,” notes Dragonette, who, in a departure from the usual gallery presentation of photography, is exhibiting Avery’s work at his showroom, alongside his signature collection of furniture, lighting designs and mid-century classics by the likes of Billy Haines and T.H. Robsjohn-Gibbings. Most people do not live in an art gallery,” Dragonette says. “We created room scenarios so you see the work in a more realistic manner.” Ron Avery agrees with the approach: “This opens up your mind to a new way of displaying photography, playing off the furnishings and style of your home,” he says. 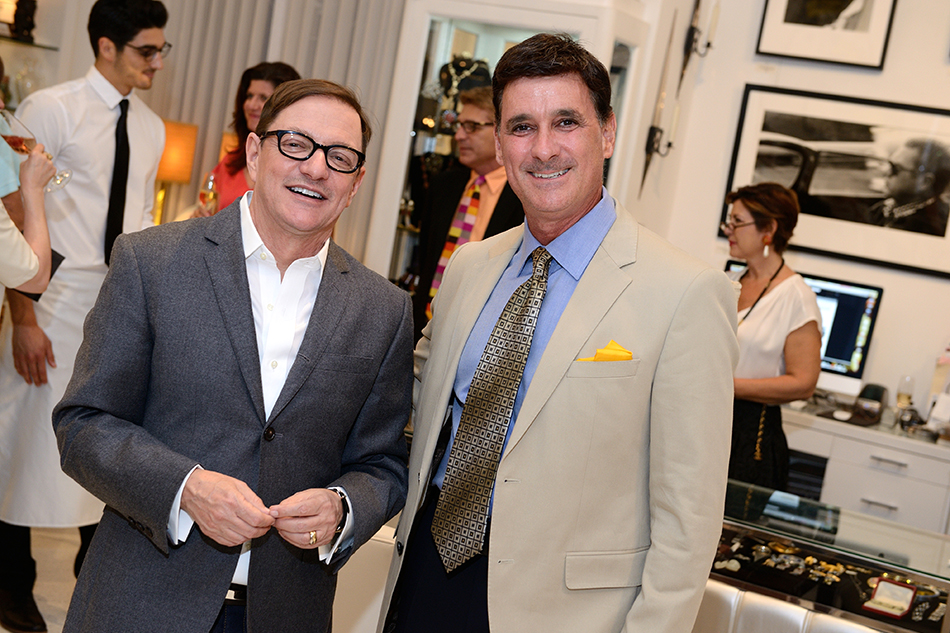 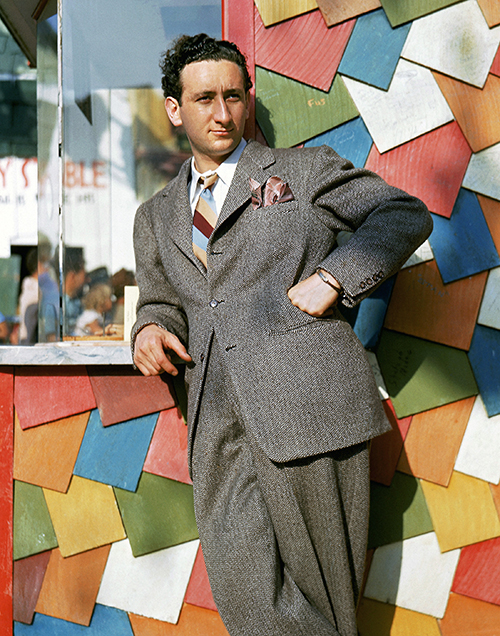 “He treated stars with respect, but he treated them as people,” says Ron Avery of his father, seen here in a self-portrait taken at Santa Monica’s now-defunct Pacific Ocean Park in 1940. Photo © Sid Avery/mptvimages.com

Though Avery père had a long and successful career as an advertising photographer and television commercial director, his effortlessly stylish lifestyle portraits of stars from World War II to the Camelot years of the Kennedy administration are his true claim to fame. Born in Akron, Ohio, in 1918, he was still a baby when his family moved to Los Angeles, and he was raised in the shadow of the Hollywood sign. His uncle, landscape and architectural photographer Max Tatch, taught him camera basics, and as a teenager Avery met many of the city’s top shooters while working at a photo shop on Sunset Boulevard. After serving in the war, he returned to Los Angeles and redefined celebrity photography, working for Look, Collier’s, Photoplay and Silver Screen while the movie studio system crumbled around him. “Dad was always pushing the envelope technically to work with less encumbrance,” Ron recalls. “He treated stars with respect, but he treated them as people.”

In the 1990 book Hollywood at Home: A Family Album 1950-1965, film critic Richard Schickel wrote a foreword that encapsulated the fantasy the public had about actors from that era, which he saw richly represented in Avery’s photos. “This is how we would live, this is how we would behave, if fortune smiled upon us: in a kind of suburbia raised to flash point, a place where the sun always shined, the kids were always happy, and we could modestly, tastefully indulge our material fantasies — for a swell car, a swimming pool, maybe even an ocean-going sailboat.’’

It is a vision that continues to resonate, all the more strongly in this era of unglamorous paparazzi and selfies. “There is something romantic about the work. It clearly defines an era people are nostalgic about,” says Dragonette, an avid photography collector who bought his first Avery two years ago at auction. “It was that famous portrait of Marlon Brando with his bongos, shot in a house that was so messy, Sid photographed him taking out the garbage.”