The Designer Who Combines Fantasy and Function - 1stDibs Introspective 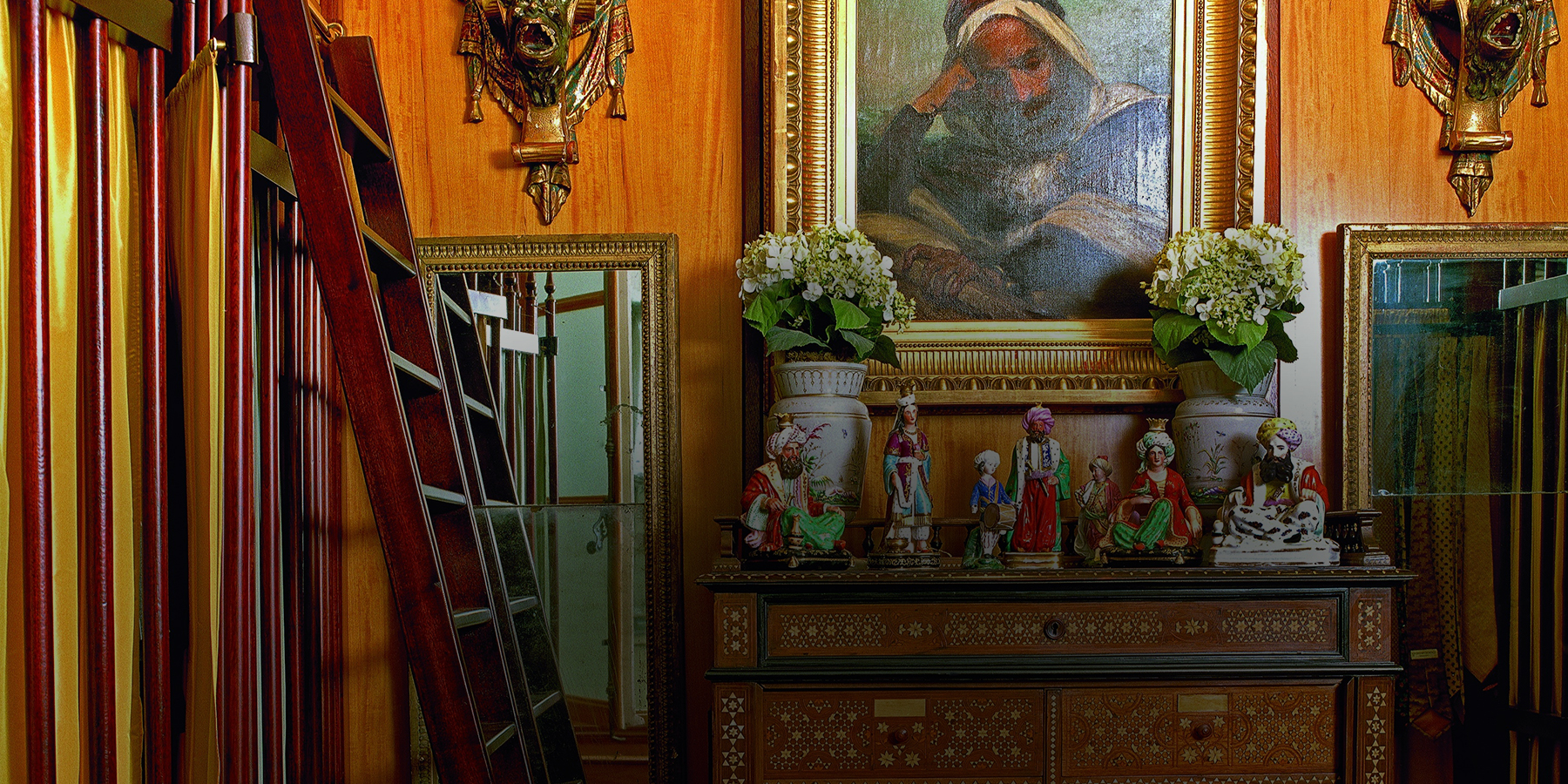 The Designer Who Combines Fantasy and Function

Stephanie Stokes is known for creating elegant spaces that don’t skimp on storage, and she’s sharing her secrets in a new book. 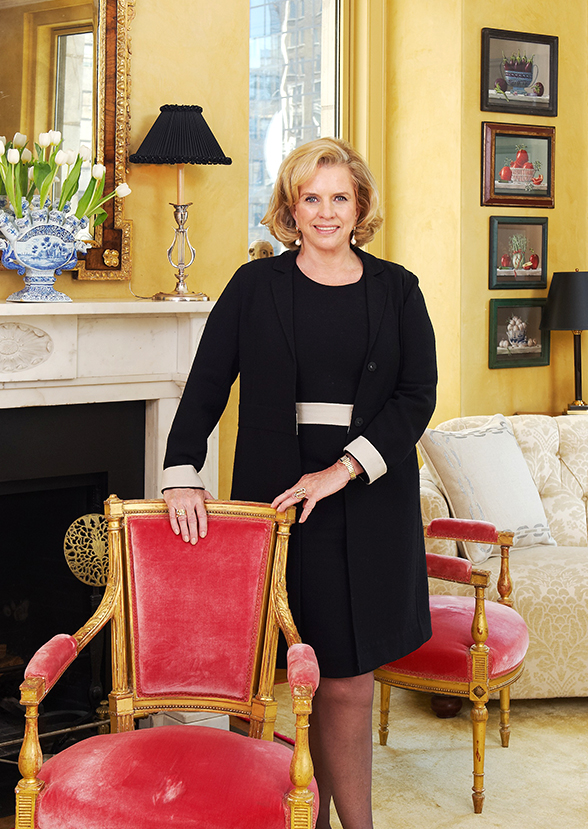 In her new book, recently published by Rizzoli, New York–based interior designer Stephanie Stokes reveals her expert strategies and tactics for creating storage-rich — but no less stylish — spaces. All photos by Michel Arnaud and courtesy of Rizzoli. Top: Xavier Guerrand-Hermès, one of the directors of Hermès, was Stokes’s first client and is now one of her steady repeats. For his chic Paris apartment, she created a dressing room inspired by his appreciation of North African culture.

Designer Stephanie Stokes is known as the closet queen and she has earned this moniker well. During a 30-year career creating beautiful interiors, often in urban apartments long on post-war detail but short on storage space, she has devised an incredible repertoire of clever tricks to efficiently utilize every quarter inch of space. Her new book, Elegant Rooms That Work: Fantasy and Function in Interior Design, just published by Rizzoli, details this “functional elegance” approach. Divulging a host of high-end strategies for creating rooms that perform all that their owners ask of them, while still exuding warmth and sophistication, the book is testimony to the fact that practicality and stylishness are not mutually exclusive. Here she sits down to talk about the book with frequent 1stdibs contributor — and her co-author on the project — Jorge S. Arango.

What led you to write this book?

I had been meaning to write Elegant Rooms That Work for ten years. Many people had urged me to explain my “functional” approach to design. But I’m not good at standing still, so I never seemed to find the time.

Then fate tipped its hand: two former knee replacements (thanks to a riding accident) cracked and came loose. So for the six months leading up to the re-replacement surgery and the many months of healing after, you and I finally finished the book.

How does the book differ from others on the market?

Charles Miers, CEO of Rizzoli, told me it was the first funny interior design book he had ever read. “Well,” I said, “it should be funny. I wrote it in bed on drugs!” 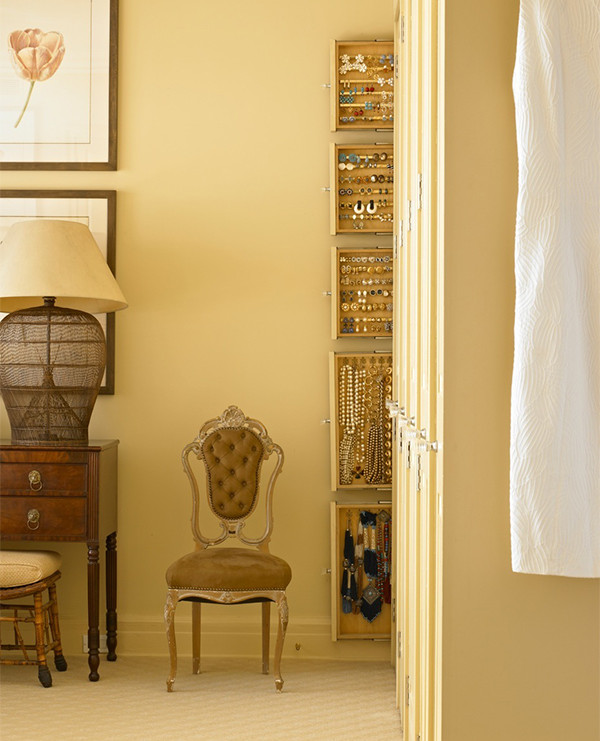 Stokes’s own New York bedroom contains vertical jewelry drawers that slide into the wall. “They’re the envy of every woman who comes in this room,” the designer says.

“Stephanie,” he responded, horrified, “don’t tell people that!” (Charles has an English gentleman’s sense of propriety.)

“Stephanie, stop! You must not…”

“Oh relax, Charles,” I said. “Jorge was working on his laptop, and we spent months laughing and researching our way through the text.” I’m actually flattered Charles read the book cover to cover.

Ah, our bedroom sessions — Although designing functional rooms wouldn’t be considered scintillating pillow talk by many. So it’s funny. But that alone isn’t likely to sell a print run.

True enough. But many interior design monographs are straightforward portfolios. I wanted to teach through visual examples and to a broad range of people, to make it as usable to people in Tulsa as in Marin County. I wanted them to be able to bring my images to their contractor or architect and copy my ideas. I was ready to give away all of my tricks. It’s full of practical information. 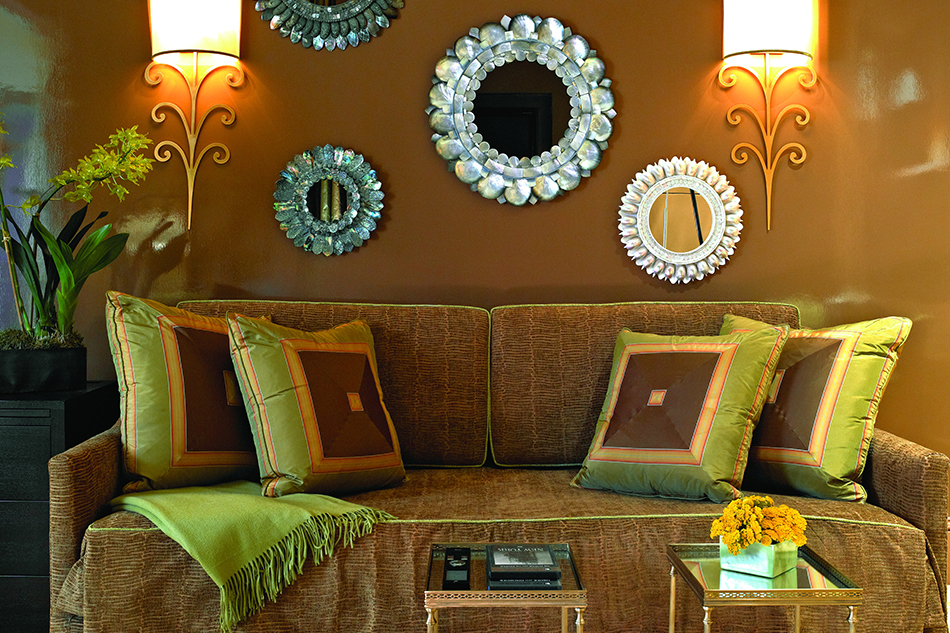 To send light “bouncing around” the small library and media room of a family apartment in New York, Stokes hung a dozen seashell-framed French mirrors from 1stdibs dealer Maison Gerard. 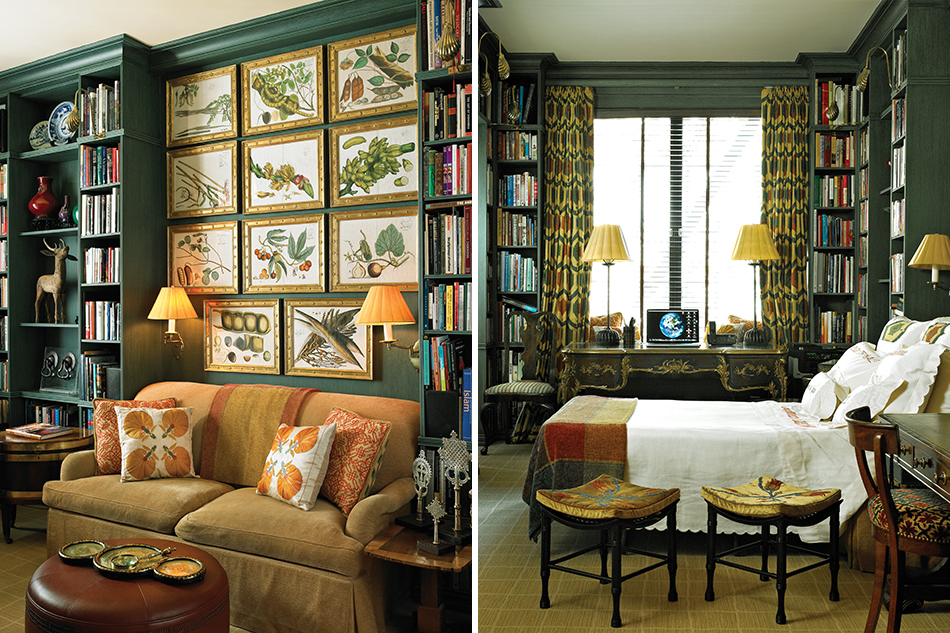 Two views of Stokes’ multifunctional library, with the couch closed (left) and opened as a cozy sleeper (right). The space serves as a guest room, media room, bar and home office. 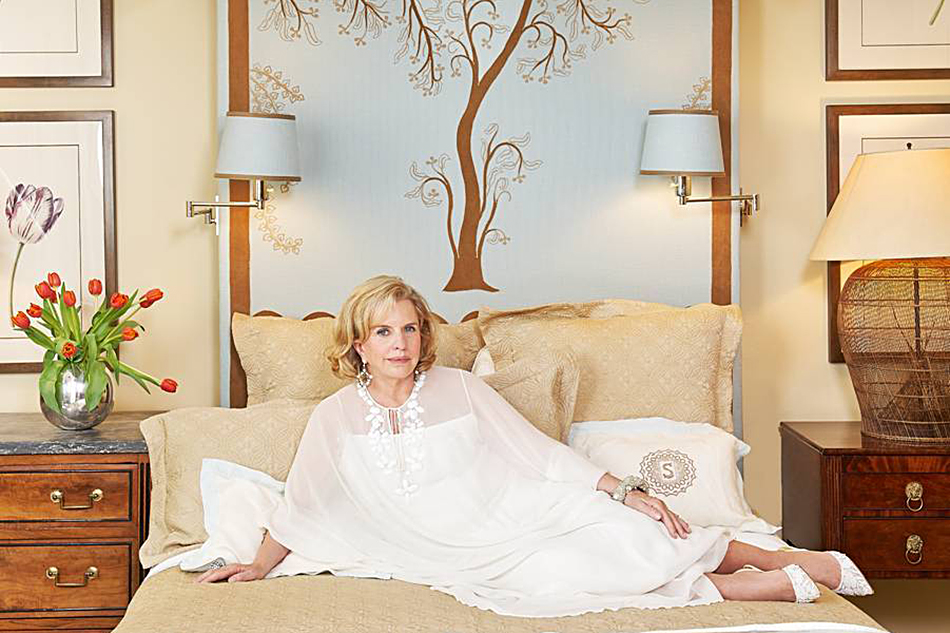 “I was ready to give away all of my tricks,” says Stokes, here in the bedroom in which she wrote much of her secret-divulging book.

The Designer Who Combines Fantasy and Function
1/3
View Slideshow 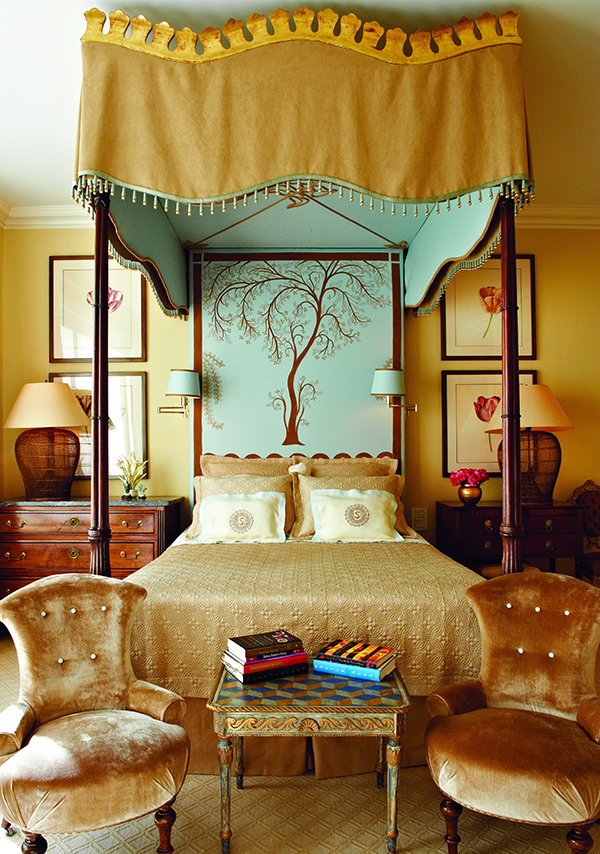 Stokes’s bed was inspired by one she saw at Mallett Antiques in London. The bedside lamps are made from Indonesian fish traps with paper drum shapes, as opposed to pleated silk, for a more casual look.

How did you come to interior design and eventually specialize in this type of practical-meets-beautiful design?

I believe we all have innate talents. Joshua Bell picked up a violin as an infant and could play it. I designed, sewed and beaded teepees, then made the little boys in my neighborhood wear my costumes and sleep on their saddle blankets. Basically, I am doing the same thing today. Only the “teepee” is a penthouse or a grand apartment, and my “saddle bag” is now full of fabric samples.

You’ve come a long way, baby, as the ads used to say. What do you think is the most important lesson in Elegant Rooms?

If you think creatively, you can always come up with more space. Toe kicks under kitchen cabinets can be converted into drawers for trays and platters, decorative moldings can pull out to reveal jewelry racks, and old radiator enclosures conceal a universe of space that can be adapted to infinite functions.

What is your pet peeve about rooms that don’t function?

I dislike rooms without lamps. Minimalism for minimalism’s sake may look great, but a sea of overhead lights just throws an army of shadows, creating glare on whatever you’re trying to read. Those rooms make you want to wear a visor to deflect the golf course of putting holes in the ceilings.

To keep things simple in her small kitchen, Stokes modeled the cabinetry on Shaker prototypes and added mirrored backsplashes and incandescent under-counter lighting to create a feeling of expansiveness. Naturally, storage options abound.

The Container Store, of course. And there’s one just a block away from my apartment in New York — hallelujah! We go so far as to specify their inserts and then have cabinetry shops make drawers and cabinets to fit them. I do have a few ideas for them though, as there are some items I cannot find there.

What’s your next book project?

Do I want to do another book? Yes. I have three more I’d like to write. As for what they’re about, I’m keeping my cards close to my chest. The ideas are too good to share until I have time to execute them. And now I’ve been thrown into the digital orbit. It’s been a crash course in blogs, Pinterest, Facebook, et cetera. My assistant and I spent two days this March at the second annual Interior Design Bloggers Conference in Los Angeles. I have forty new friends! And I stand in awe of the speed with which personal recommendations whizz around cyberspace and inform our every decision. I get it. But I still love my New York Times (and its filtered news) and my books, even though I have adopted a new very time-consuming vice: social media.