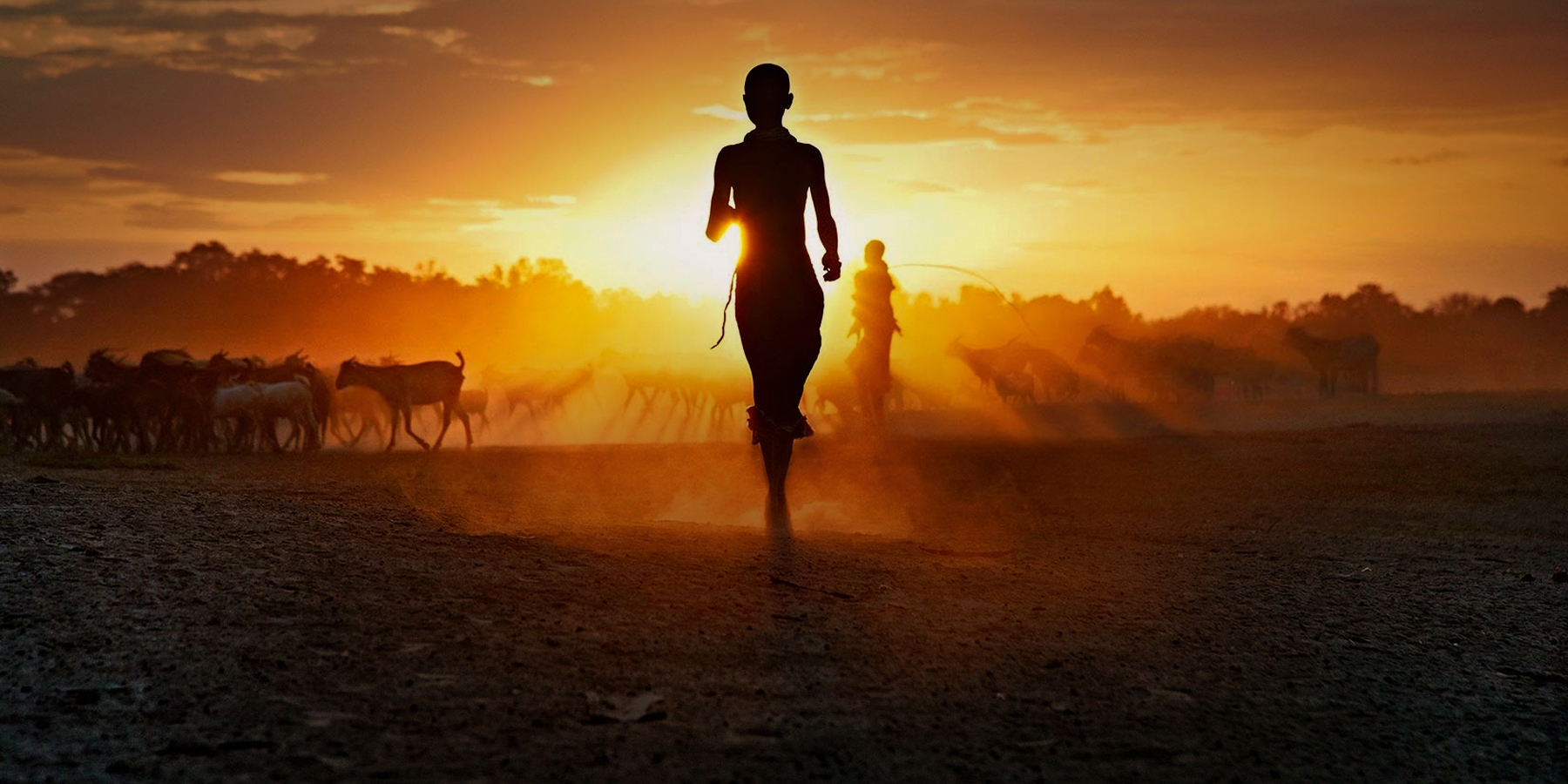 A new monograph divulges the details behind the great photojournalist's most important assignments - some magical, some dangerous, all memorable. 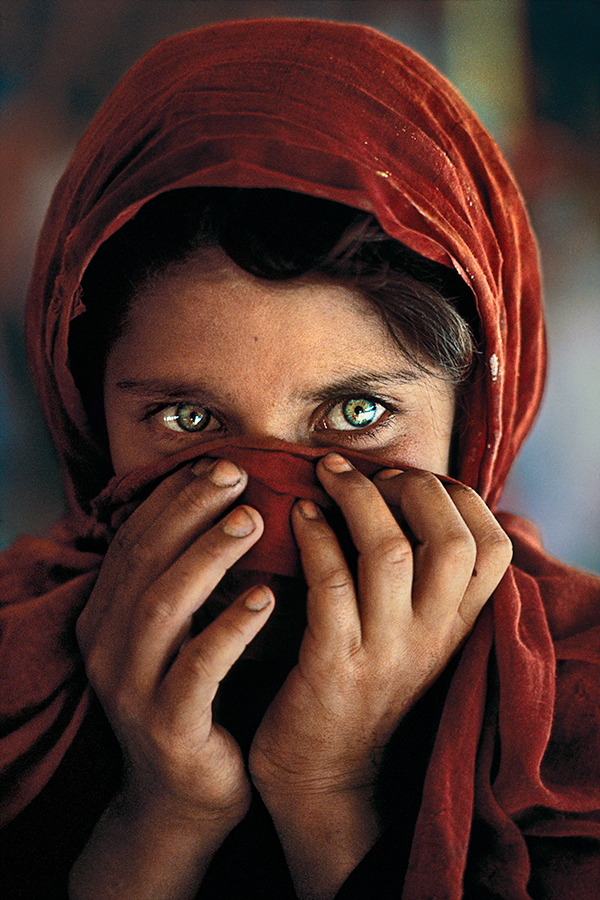 After she appeared on the cover of National Geographic’s June 1985 issue, the young refugee with the unforgettably piercing green-eyed gaze, at once wary and open, became famous the world over, an icon known as the Afghan Girl. Though it was a photograph that brought her to our attention, our first question about the image is usually, Who is she? – not, Who shot that? That’s often the case with great photojournalism, it seems: The immediacy and power of the picture supersede the question of authorship. But when the photographer happens to be Steve McCurry, one of the most gifted image-makers in the field, the answer to the question of who took a photograph – as well as how, when and where – is very much worth knowing.

For a new monograph, Untold: The Stories Behind the Photographs (Phaidon), McCurry himself steps into the frame. Through new essays – curiously unattributed to an author – and reproductions of previously unpublished notes and correspondence from his personal files, Untold chronicles 14 of McCurry’s most memorable assignments from 1979 to 2009 for Time, the New York Times and National Geographic, including the one that begat the Afghan Girl. We follow the photographer as he travels to distant locations, voluntarily braving unpredictable and frequently dangerous conditions: monsoon-flooded villages in Bali and Burma; Kuwait’s burning oil fields; and, repeatedly, war-torn Afghanistan. (Many of these images can also be seen in a related exhibition at the Peter Fetterman Gallery, in Santa Monica, through November 30.) 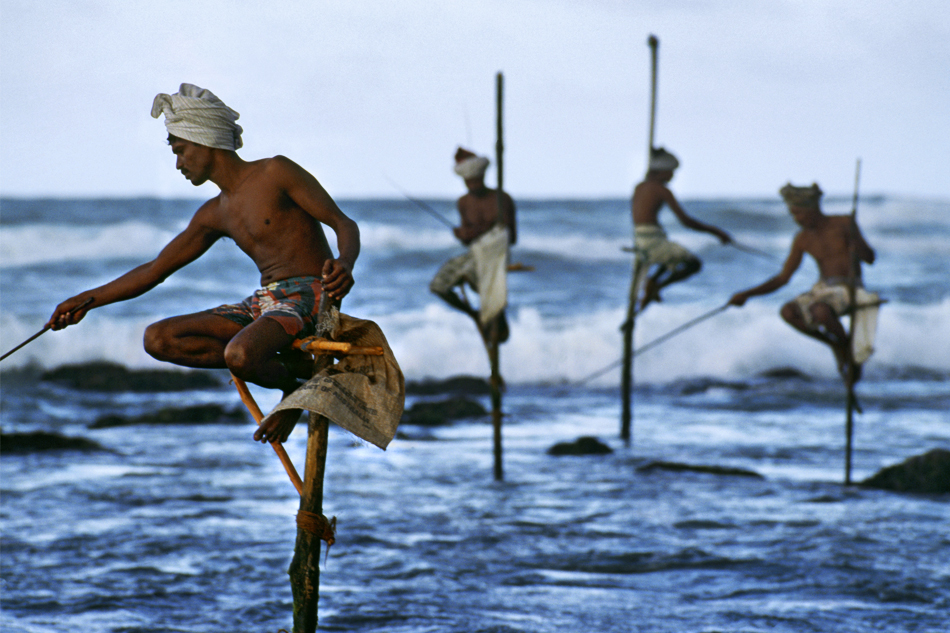 Stilt Fisherman on the South Coast of Sri Lanka, 1995 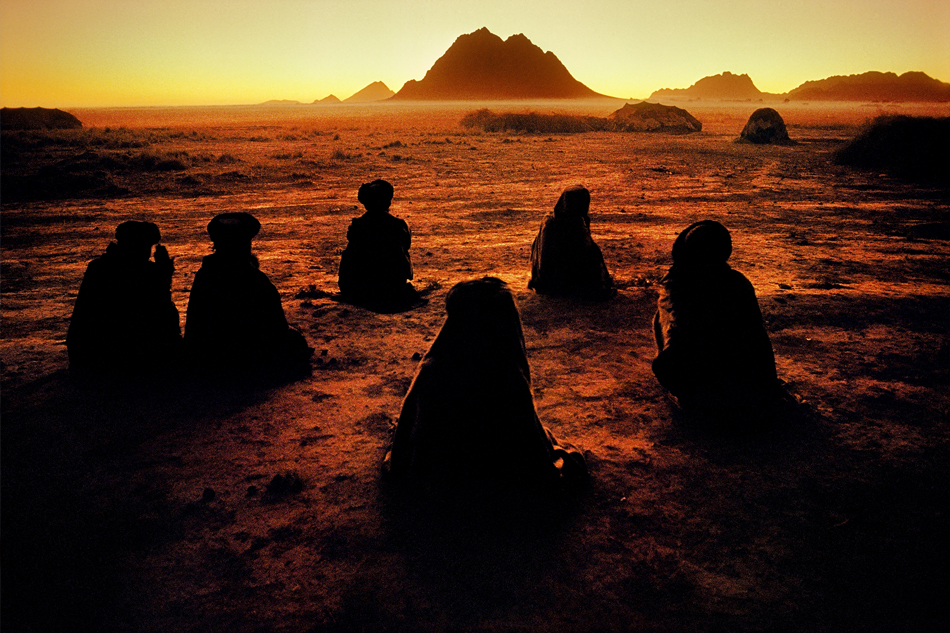 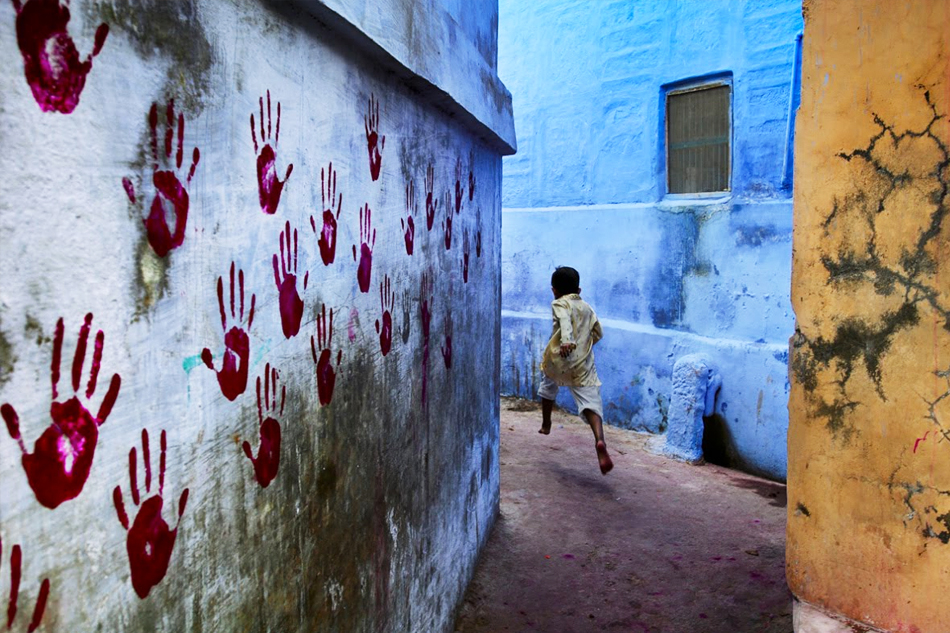 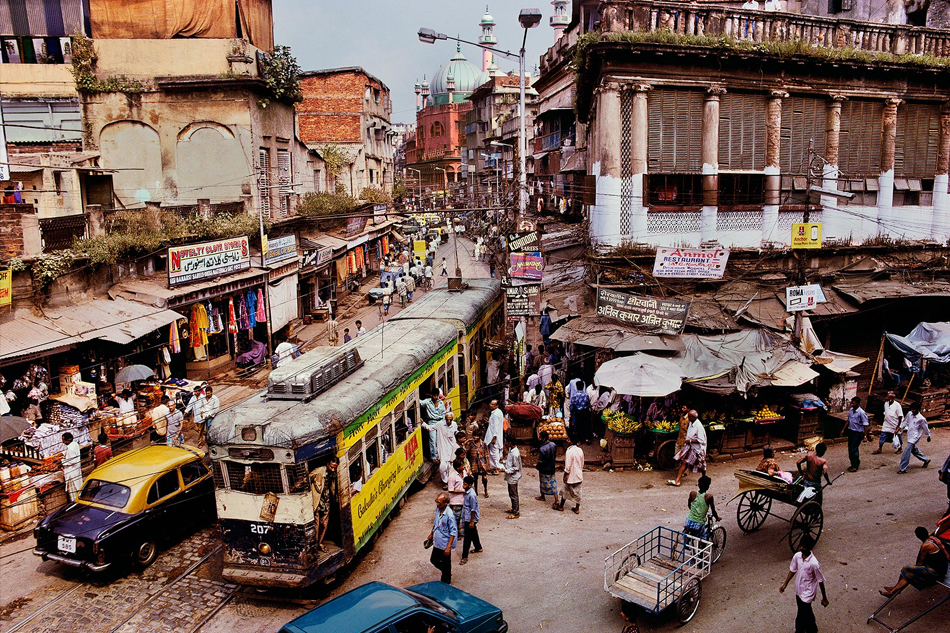 McCurry has taken countless pictures during his many trips to India, including this teeming Calcutta street scene, from 1996. 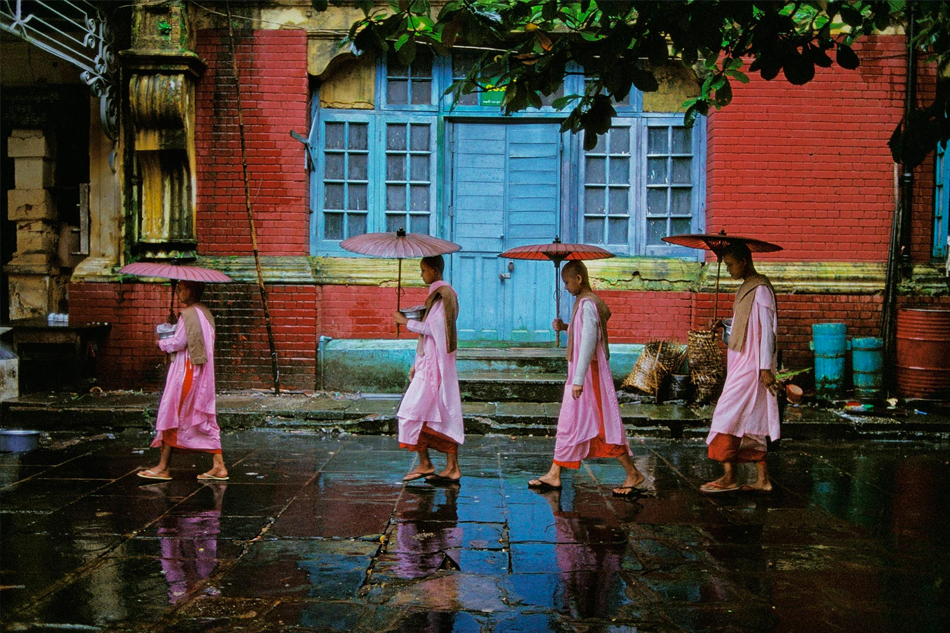 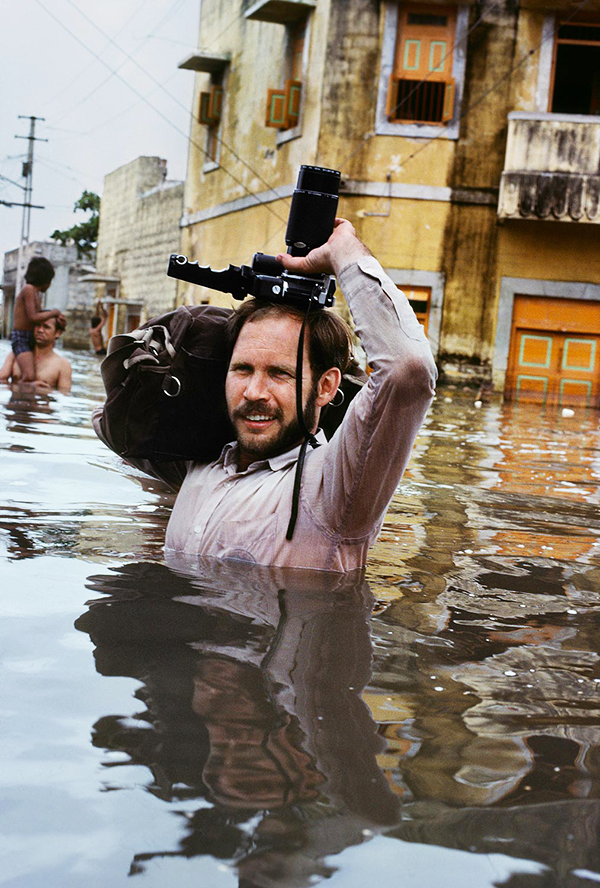 The intrepid McCurry keeps his camera dry in monsoon floods in Porbander, India, 1983. Inset: The cover of his new career-spanning monograph

As McCurry notes in his foreword, it’s not necessary to journey to exotic locations to take great pictures, but he nonetheless felt driven to explore the world’s farthest corners, and today he’s likely traveled greater distances than he ever imagined he would. Born in 1950, he grew up in Philadelphia, studied history and cinematography at Penn State and then worked as a staff photographer at a suburban Pennsylvania newspaper. In 1978, McCurry gave in to a bout of wanderlust, setting out for India with a few hundred rolls of film, a one-way plane ticket and not much else. The following year, a group of Afghan refugees smuggled him across the border into Afghanistan, where he moved with the Mujahideen and shot images that, when published in the Times months later, were the first to document a political crisis that would lead to a military invasion by the Soviets and 10 years of war. The black-and-white photographs of the resistance fighters (who were eventually funded by the U.S.) not only made McCurry’s career but also influenced the course of political events. He would later return to Afghanistan many times, not least of all at the start of the U.S.-led war against the Taliban in 2002.

The personal documents in Untold, — including letters from his editors and government officials granting permission to shoot in restricted areas, as well as water-damaged notebook pages crammed with names and phone numbers — foreground the complications of reporting a story. As we’ve been grimly reminded by recent events in Egypt and Syria, journalism is a dangerous profession.

Although McCurry’s decades-long career has featured some near-misses, among them a watery plane crash that he managed to swim out of, he says, “Nothing has diminished my passion for photography.” As Untold confirms, he indeed possesses a rare dedication to his craft.