What Becomes a Legend Most? Timeless Iconic Designs 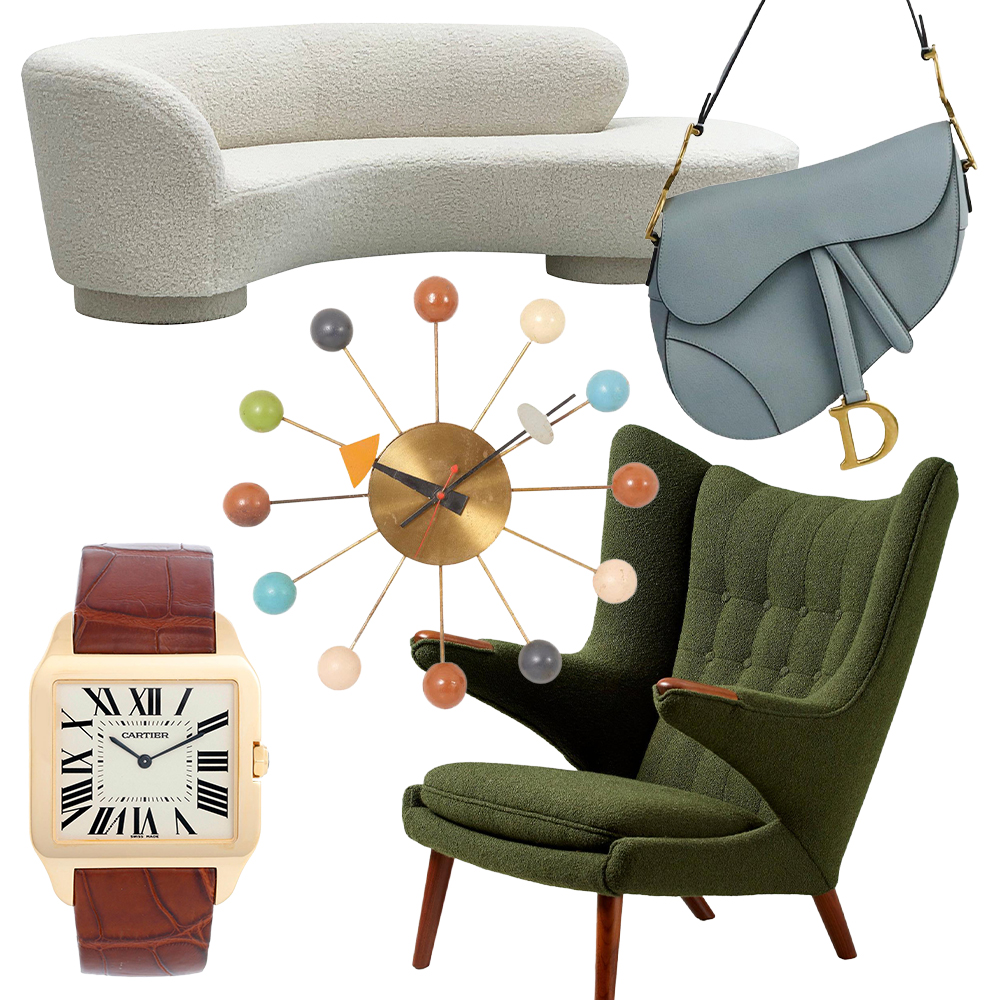 A new book from Phaidon — and 1stDibs' own expertly curated collection of legendary pieces of furniture, jewelry and more — proves you can never go wrong with the classics.

November 20, 2022Back in the early aughts, a burgeoning fascination with MODERN FURNITURE DESIGN created a cultural obsession with all things “iconic.” So much so that the shelter magazine where I worked briefly banned the term. But that hardly staunched the craze for Marcel Breuer’s Wassily chair or George Nelson’s Ball clock. And so, when Phaidon Design Classics, a three-volume index of the world’s 900 most, well, “iconic” objects came out in 2006, it became an overnight hit.

Now, nearly a generation later, in a much more design-savvy world, Phaidon has issued 1000 Design Classics, an updated version of that milestone in one handsome large-format tome. The greater design sophistication of the present day notwithstanding, my guess is that it, like its predecessor, will become a required resource for design professionals and enthusiasts alike, because this revision reveals that what we deem iconic is much like the universe itself — both timeless and ever-expanding.

1stDibs’ equally discriminating collection of Iconic Designs, both past and present, is also getting special attention this month, as we highlight the pieces in our own highly curated selection of ageless objects that have earned landmark status in design history.

In the years between the release of Phaidon’s two Design Classics, massive social change has brought about a long overdue decentering of the male-focused Western design canon. 1000 Design Classics reflects this revolution, the content adjusted to include, as the editors note in the introduction, “even more products created by women and makers from a variety of backgrounds.”

In truth, the Western canon has always been influenced by, and even embraced, objects by makers from a variety of backgrounds. It is folly to attribute any kind of purity to icons — scholarship always proves the contrary. Look no further than the misconceived whiteness of ancient Greek sculpture and architecture.

The original Phaidon guide displayed farsighted erudition from the start. Like the new edition, its first two entries were anonymous objects from Asia: Zhang Xiaoquan household scissors, famous for their elegantly curved handles, which have been in Chinese production since 1663; and the Arare teapot, specially forged from cast iron for the Sencha tea ceremony in the 1700s and now used throughout Japan and elsewhere. Both are as fresh looking as ever.

That’s the curious thing about icons: Although eternal, they speak to the moment. Take Ludwig Mies van der Rohe’s 1929 Barcelona chair, with its chromed-steel double-X frame and hand-tufted and -welted leather seats. It is ideal, yet contains multitudes. It is regal and cerebral. It embodies THE GLISTENING PROMISE OF THE MODERN ERA and anticipates the quicksilver intelligence of the digital age as expressed in the less-is-more luxe of the iPhone.

Some of the most enduring designs are characterized by this fusion of the simple and the sumptuous, like Charlotte Perriand’s 1949 solid wood 524 Tabouret Berger stool. Although rustic in spirit, it reveals, in its slightly concave seat and elegantly tapered legs, a concern for physical comfort and exacting detail seldom found in folk furniture. Today, that humble, if masterfully carved, stool speaks to our own back-to-the-farm longings.

Its creation complicates any modern narrative about technology spurring design’s progression, as it was conceived by a woman who, in her youth, helped pioneer the aesthetic of the Machine Age and then, as a MATURE DESIGNER OF THE FORWARD-LOOKING, found her greatest inspiration in the folk craft of the French Alps and distant lands.

Like Perriand, CHARLES AND RAY EAMES were lovers of folk craft who had a genius for making highly original furnishings using traditional materials and forms.

Consider their lush leather-upholstered and pivoting 670/671 lounge chair and ottoman. While possessing all the comfort and visual appeal of a Victorian club chair, the paired pieces, with their revolutionary molded-plywood shells and shock mounts, were as cutting-edge in looks as in construction. Introduced by Herman Miller in 1956, the combo quickly became an enduring SYMBOL OF INNOVATION and today is as covetable as the most storied antique heirloom.

If the design canon has always been more heterogenous than was often acknowledged, the growing prevalence of women in the field is certainly broadening our appreciation of what inspires and constitutes iconic forms.

The perfect example may be Faye Toogood’s 2014 Roly-Poly chair, hand cast in raw fiberglass. Design mavens may see references to the spare majesty of the Senufo stool, a classic of African origin, or even the enigmatic purity of Cycladic figurines. But pregnant bellies, pudgy legs and toddler’s toys were the images the British designer drew on when conceiving what Phaidon now deems a classic.