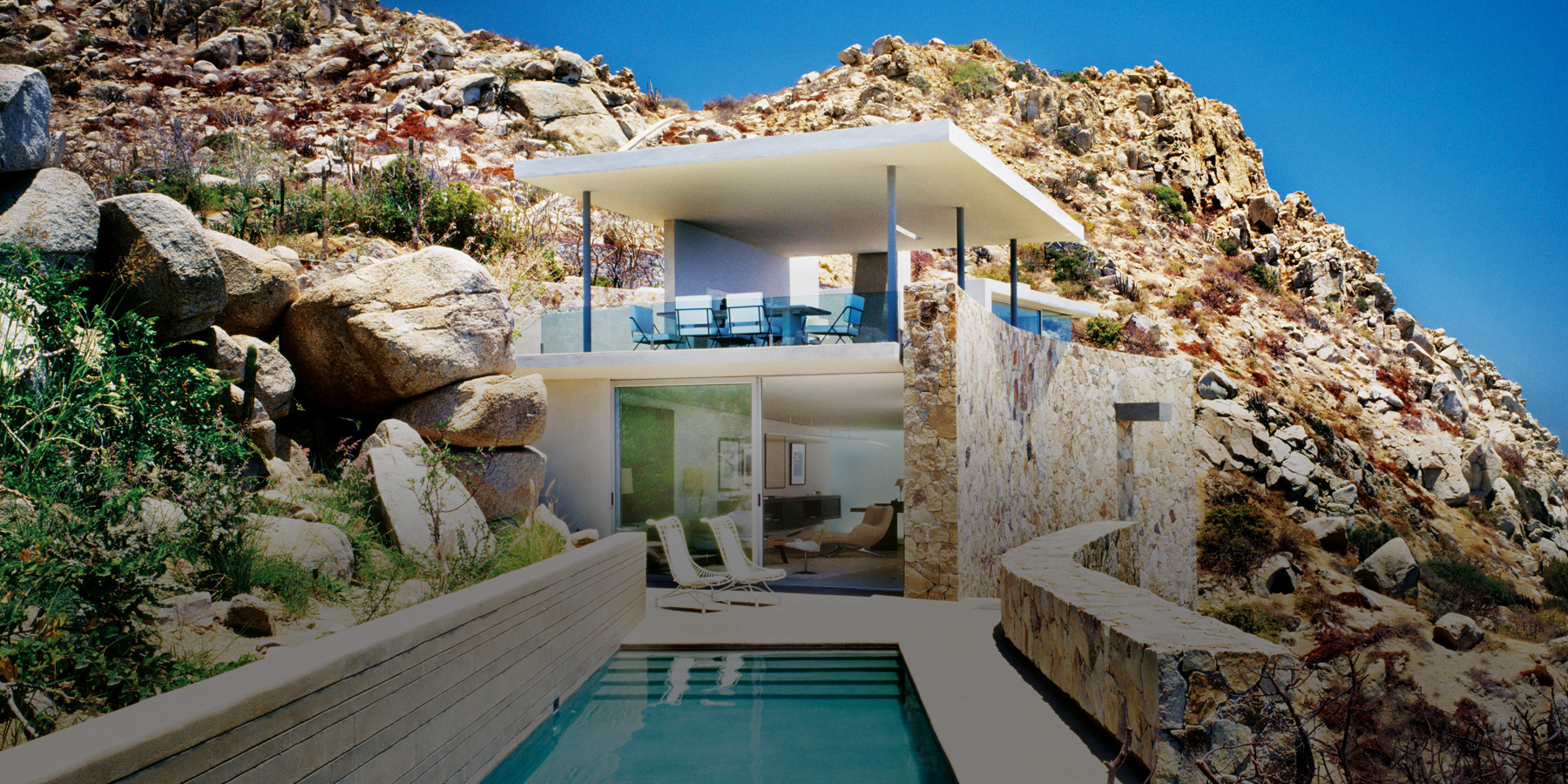 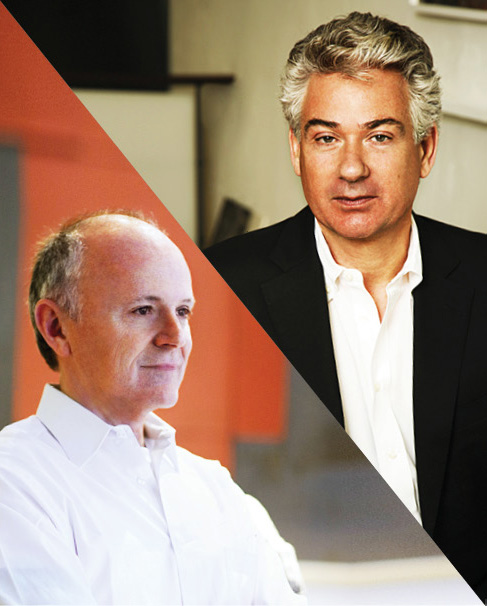 May 2014The projects of New York architect Steven Harris (left) and his husband, interior designer Lucien Rees Roberts, are deeply informed by their locations. All photos by Scott Frances/OTTO

Architect Steven Harris and interior designer Lucien Rees Roberts are the kind of couple who finish each other’s thoughts. Witness their recounting how they acquired their 15th-century Croatian getaway, an ancient stone house on an island that’s a speedboat ride from Dubrovnik. Rees Roberts: “We bought it in 2001. We did one house before that…” Harris: “about three hundred yards away…” Rees Roberts: “and decided to go through the hell of renovating another….” Harris: “Lucien has been coming to the Mediterranean since he was a child and wanted great light for painting….” Rees Roberts: “It’s on an island with no cars, which Steven hates. It’s a small island, one village, one hundred and forty people.”

They renovated the property in a style that manages to be simultaneously modern and rustic, next buying a stone tower nearby, which they use mostly for rooftop cocktails with their many houseguests. It’s all very cozy and fancy at the same time: Donkeys wander by, their yellow Labrador, Emma, lies about, and their friend Francesca von Habsburg, the heiress and art patron, summers in her restored monastery on the same island. Croatia is primarily for summer holidays, with most of the year spent in New York’s Tribeca, where they design some of the chicest but most livable homes around — a stack of glass-sided boxes surrounded by a moat-like lap pool in Montauk, a wood-and-glass house that blurs the line between inside and out in Napa, a spectacular glass home cut into a jagged cliff in Cabo San Lucas, Mexico — all of them filled with unself-consciously modern furniture.

For the Cabo San Lucas home, the duo created a series of clean-lined, interconnected buildings and spaces that open to the rugged natural landscape beyond. 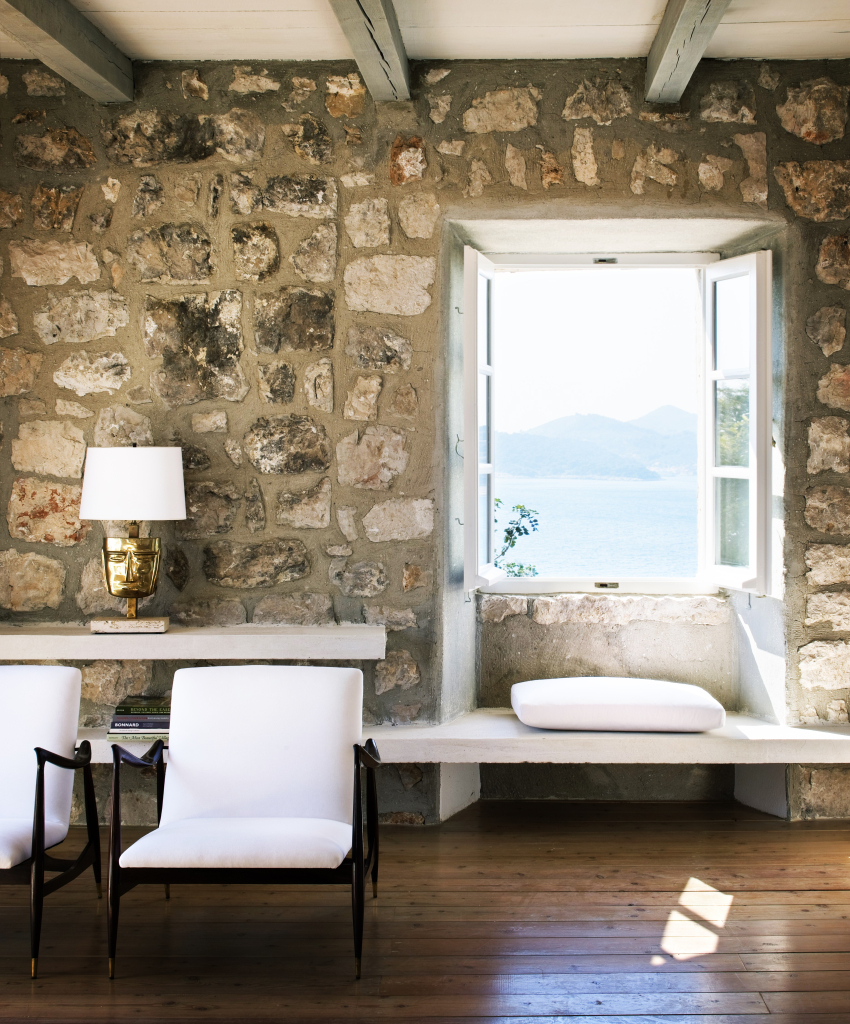 At their holiday home in a restored 15th-century building in Croatia, the couple kept the interiors open, to let in light and the unmatched views. The mid-century furnishings play off the rustic structure.

Now in their early 60s, Harris and Rees Roberts met cute over Thanksgiving dinner in 1984, where Rees Roberts was supposed to be set up with the host but instantly clicked with Harris instead. Harris had taken a job in Denver and says of that first year, “I came to New York fifty-four times.” They married at Galloway Hill, their Kinderhook, New York, country house, last December, after 29 years together. “Had to be sure!” Harris jokes.

When Harris, who trained at New College, Rhode Island School of Design and Princeton, moved back to New York, he couldn’t find a job, so he went to work for himself, taking such decidedly unglamorous assignments as designing an addition to a three-car garage. The British-born, Cambridge-educated Rees Roberts, meanwhile, was a painter from a family of painters.

Rees Roberts approached the house like an art project, designing much of the furniture himself. “Each room became an art piece,” he says. Since then, the two have collaborated on almost every project and now operate their respective firms out of separate floors in the same building.

“You walk into So many spaces and know immediately who designed it,” Says Harris. “I would be mortified if that were true of my work.”

Each prevents the other from getting lazy, Harris says. “I think we slightly provoke each other to the degree that one has a default alternative: ‘I’m so tired of this,’ or, ‘You can’t do that again.'” The result, he notes, is that the projects don’t all look the same.

To be sure, it would be hard to label Harris with a signature style. His projects tend to be clean lined and domestic — houses as well as major apartment and town house renovations — but they have varied from cool downtown duplexes to contemporary takes on the American farmhouse. Harris brings in Rees Roberts, as well as their longtime landscape-design collaborator, David Kelly, from the outset. Rees Roberts might suggest, for instance, moving a door a few inches over or reorienting a room by flipping walls to create a better canvas for the furniture. “He really knows architecture,” Harris says, “and I’m really fascinated by furniture. I don’t consider it a trivial pursuit.” 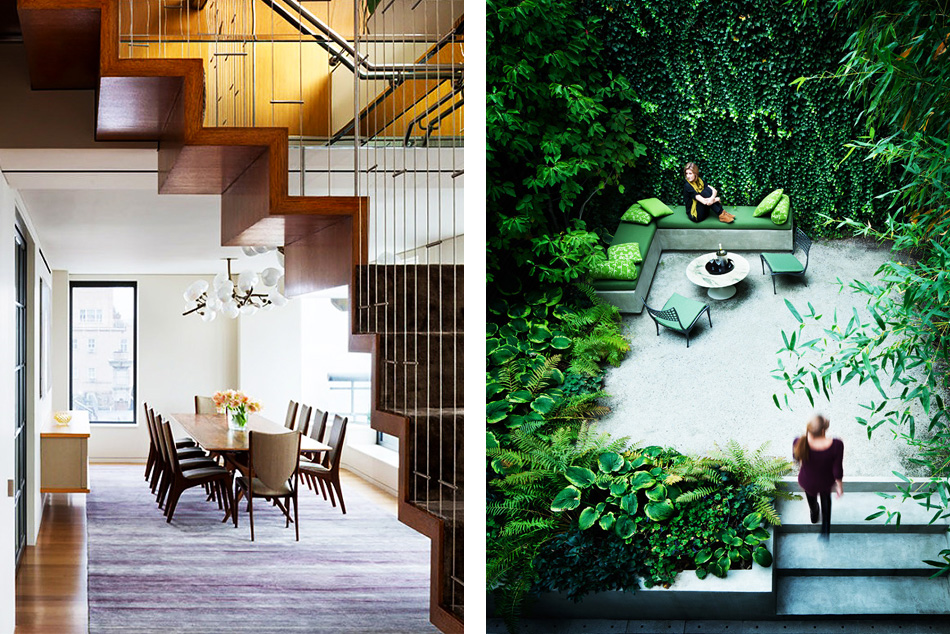 Left: In this duplex on Manhattan’s Upper West Side, the designers subverted the conventions of a rather typical floor plan with such surprises as a suspended staircase, a violet-colored rug and a custom chandelier. Right: Harris and Rees Roberts imagined the back garden of a West Village townhouse as “an introspective refuge from the chaotic city.”

He may not have a trademark look, but Harris does leave behind a few clues, like stunningly sculptural staircases. And he favors a leather handrail. “It develops a patina over time,” he says. “It feels so good to touch. I tend to obsess over things I touch — hardware, windows.” He also has a few pet peeves, like the ubiquitous kitchen/family room, which he says always ends up too big. He prefers divvying up life’s activities among different rooms, reserving the best spaces for the rooms that will be used the most. Harris makes an analogy to fashion: All too often people spend the most money on the clothes they wear the least. “A lot of houses are like that — they’ve got these fantastic, grand rooms that no one ever sets foot into.”

Fashion has been on his mind of late: He agreed to give Barneys New York a facelift, both at its Madison Avenue flagship and in Beverly Hills, which has been an eye-opener. “It never occurred to me to think about how to display a handbag or a cosmetic tester,” he says, with a little chuckle.

Whatever the project, Harris says he prefers clients who are smart. “A lot of them are surprisingly eccentric. They’re strong-minded, but they want something they wouldn’t have thought of on their own — and I want to make something that I wouldn’t have made without them.”