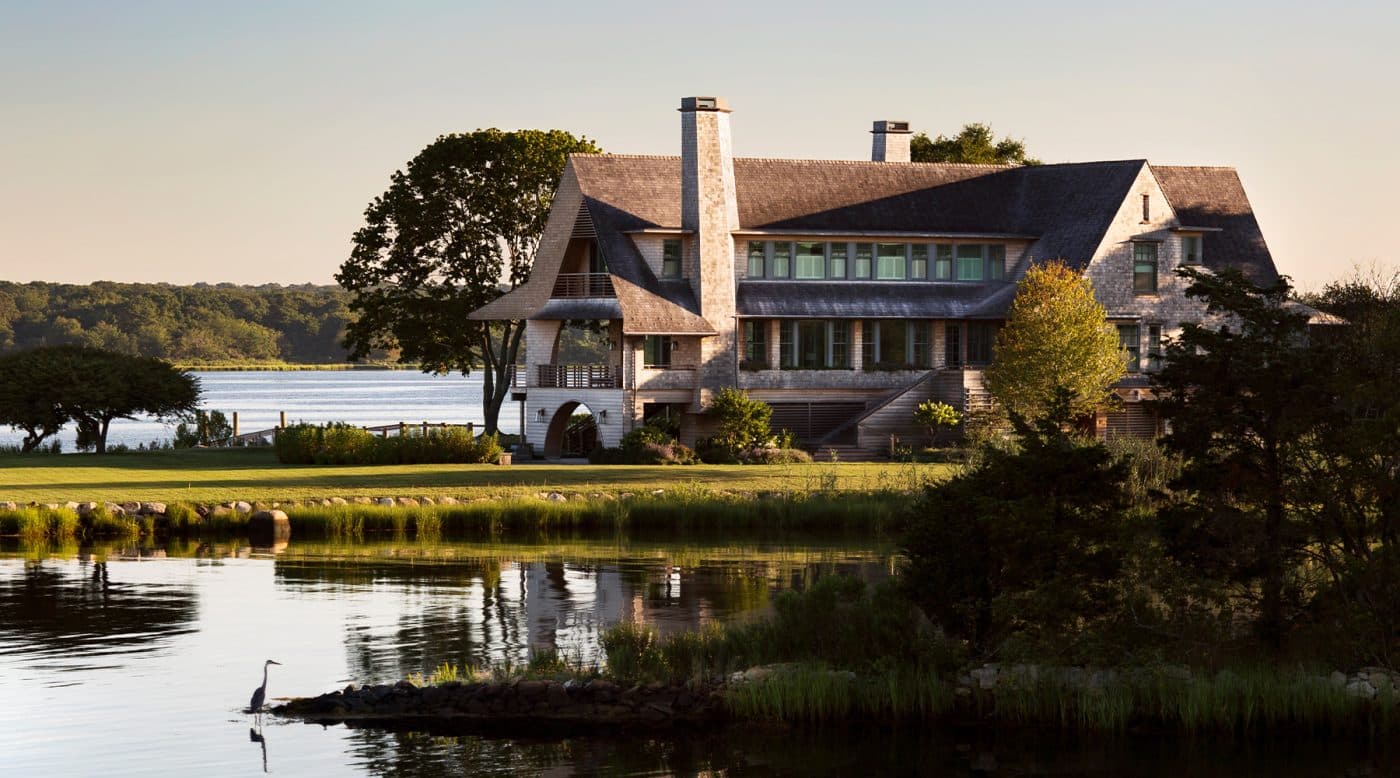 Launching his own firm in the new year — after decades as a partner in the award-winning Ike Kligerman Barkley — the New York–based designer continues to create houses that elegantly combine modernism with tradition.

November 13, 2022Thomas Kligerman’s recently released book, Shingle and Stone, could be considered a breakup album. A few months ago, the architect announced the forthcoming launch of a solo practice after spending decades as part of the celebrated New York–based residential-architecture firm Ike Kligerman Barkley. The handsome, large-format monograph from the Monacelli Press, an imprint of Phaidon, certainly helps celebrate his new venture.

But this design-world “Let It Be” has all the poetry and none of the rancor of the Beatles breakup hit. The parting with his talented former partners, John Ike and Joel Barkley, was entirely amiable, and the majority of the 13 commissions featured in the book are those he completed while with the firm. In the final section, the reader is treated to a preview of three in-the-works residences from Kligerman’s new team. These promise great things from the particular brand of “modern traditionalism” — as some have called it — that helped make his name and that he now looks to push in new directions.

Written with Mitchell Owens, the U.S. editor of the World of Interiors, the book lays out both Kligerman’s history and his influences. Fans of his work know that the shingle style has been an enduring touchstone for him — rarely has a designer gotten more use, and more joy, from cladding buildings in squares of cedar.

Receiving his design degree from the Yale School of Architecture, during the long tenure of the historian Vincent Scully — who literally wrote the book on the style — certainly helped. But Kligerman grew up partly in New Mexico, where the Puebloan style made a deep impression on him, and the sway of the curves in those traditional forms found its way into his work, too. (Although there are a lot more shingles than stones on display in the book, despite its title, we do see some of the latter in the rough-hewn rock walls of a Toronto project that is still underway.)

For a project called Woodland Red, in Upper Brookville, on Long Island, Kligerman riffed on the turn-of-the-century country house elements that one might find in a Stanford White–style home, as well as some of the work of H. H. Richardson. Exaggerating the traditional proportions slightly, the design mixes red brick with red shingles in a striking combination.

Many of the houses presented here — in 200 beautiful images by various photographers, plus accompanying architectural drawings — are on the East Coast, and they take their aesthetic cues from the local traditional vernacular. But they depart from it, too.

A shingled home in Sagaponack, also on Long Island, called the Origami Flare Loft, for example, features a daring roofline of inflected planes that looks like a Dutch gable went to Japan for its semester abroad. It astonishes, but it works in its Hamptons context, because the folds have an elegant modesty about them. A Seattle home full of Miesian beams and straight lines in glass and steel, meanwhile, shows just how modern Kligerman can be.

The architect notes in the book that his work is now taking a “futuristic” turn. That’s something perhaps best seen toward the volume’s end, in the knifelike edges of the chimneys atop an in-progress house in Dallas. Overall, Shingle and Stone gives readers a clear feeling that we’d follow him into the future he’s designing, and anywhere else for that matter.