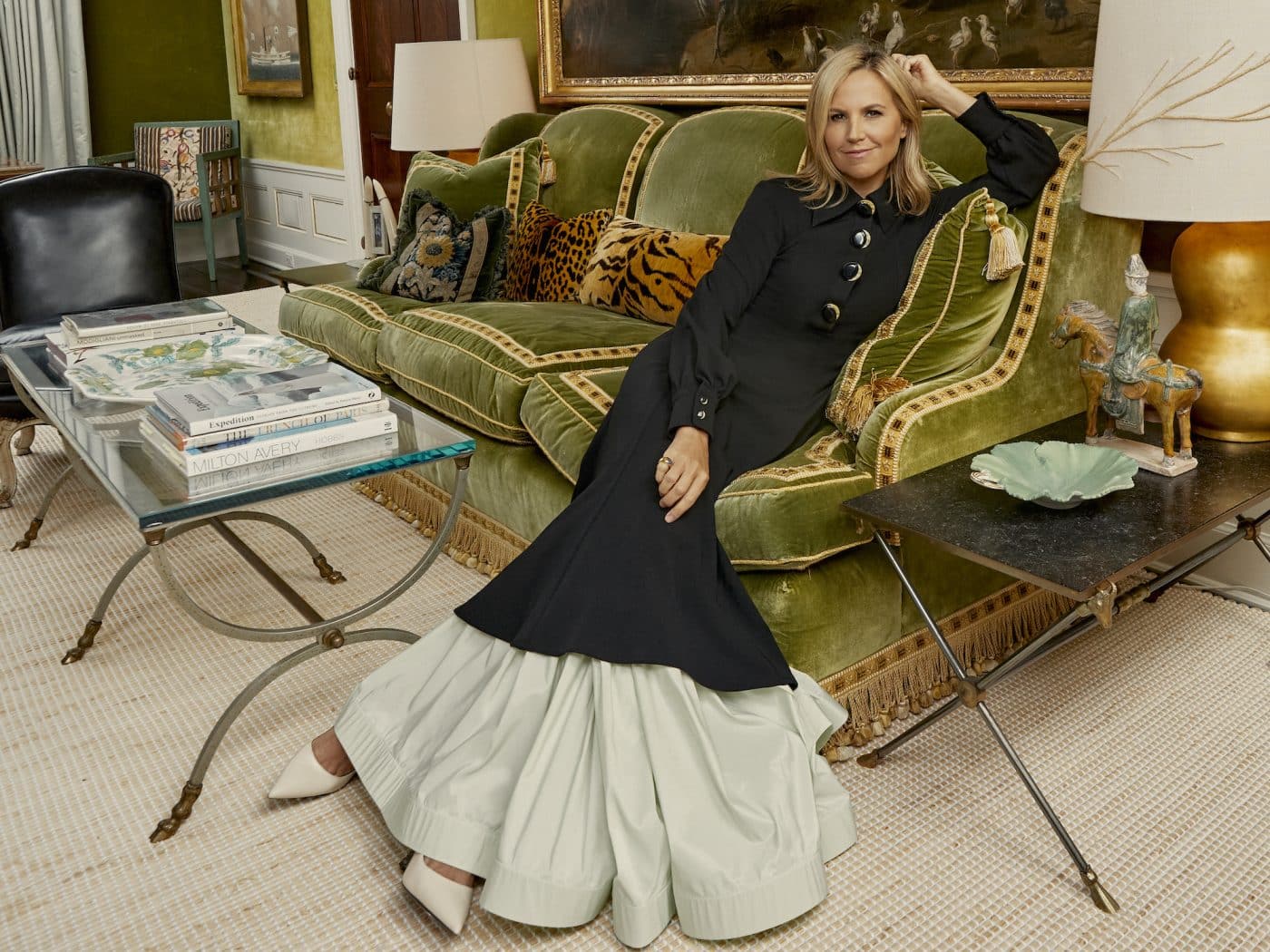 The fashion powerhouse has partnered with 1stDibs, which supports the Tory Burch Foundation, to curate a stunning collection of works created by women

March 2, 2022In the 18 years since Tory Burch launched a billion-dollar fashion and lifestyle brand from her kitchen table, she has also been firmly committed to helping other female entrepreneurs along the road to success. So, it’s hard to think of a more fitting way to honor Women’s History Month than by collaborating with the designer and activist, who has curated an inspiring collection of work by female artists and designers, including luminaries like Charlotte Perriand, Eva Zeisel, Sonia Delaunay and Elsa Schiaparelli, and many more whose names may not be as familiar as those of their male counterparts.

“We strive to empower women every day, but March is a wonderful opportunity to amplify their contributions,” Burch says of her collection and partnership with 1stDibs, which is supporting the Tory Burch Foundation in its efforts to offer grants, loans and fellowships to women-owned businesses across the country.

Among her stellar selections, she singles out those by breakthrough design stars. “There is some incredible vintage fashion on 1stDibs,” she adds, noting ensembles by such women designers as Schiaparelli, Mary McFadden and Vivienne Westwood. But Burch was especially excited to discover Claire McCardell dresses on the site. “Vintage McCardell is hard to come by these days, because women really wore her pieces to shreds,” she explains. “She invented American sportswear in the nineteen forties and designed elegant, unfussy clothes for the way women really lived.”

Burch’s picks are eclectic, as is her own aesthetic. The very modern fashion sensibility embodied in the Tory Burch brand is tempered by the more traditional slant of her home accessories line, a balance struck as well in the decor of Burch’s Manhattan office and the lavish full-floor apartment facing Central Park where she has lived for two decades and raised her three now-grown sons. “I’m all about an unpredictable mix,” she says, “whether it’s in my home or in my collections: traditional and modern, vintage and current, high and low.”

Burch worked on her Manhattan home’s interiors with architect and designer Daniel Romualdez, who also masterminded her Hamptons residence and Antigua getaway. On display throughout is the same fresh, joyful approach to color and exuberant mix of prints and patterns found in her fashion lines.

Tufted velvet sofas, swagged window treatments, Chinese pottery and art in gilded frames, including a 17th-century Dutch oil by Jacobus Victors, nod to classicism, but there are also works by such towering modernists as Modigliani and Magritte and unexpected combinations everywhere: a minimalist sky-blue canvas by 20th-century Italian-Argentinian painter Lucio Fontana set against a velvety moss-green wall, an antique chaise lounge covered in a patchwork quilt.

The 55-year-old Burch stands out not just for giving women a whole lot of style — what began with vintage-inspired tunics and her signature Reva flat has evolved into a global American luxury brand sold in 345 eponymous shops and 3,000 department stores — but for her activism.

At the start of the pandemic, she initiated a social media campaign dubbed the Wear a Damn Mask challenge and successfully lobbied the federal government on behalf of the entire fashion industry. (Burch is someone who can get Steven Mnuchin, then secretary of the treasury, on the phone.)

“They were talking about aid for the food industry, the airline industry, but not about fashion,” Burch told fashion journalist Alina Cho in conversation at the Metropolitan Museum last October. “Fashion is the heart and soul of America. We were looking at millions of people who weren’t going to have jobs.” After some stressful months of wondering how she was going to make her own payroll, Burch says, her brand came roaring back. “Twenty twenty-one turned out to be a very good year,” she told the Met audience. “Women who have spent too long at their computers want to go out and live life.”

Burch grew up a sports-loving kid with three brothers in a 250-year-old house in Valley Forge, Pennsylvania, occasionally helping her mother with her German shepherd breeding and her floral design endeavors. She was powerfully influenced, she says, by classes in women’s history that she took at the University of Pennsylvania before embarking on a decade of jobs — assistant, copywriter, public relations — for New York fashion powerhouses like Ralph Lauren and Vera Wang.

During a career break to spend time with her young children, Burch found her footing as a fashion designer, drawing largely on the 1960s and ’70s style of her chic, well-traveled parents. She opened her first boutique in Soho in 2004, finding success with alluring, well-priced products and a boost from an Oprah appearance before her first year was out.

“When I started my company, in 2004, I wanted to create luxury products that would lay the groundwork for a foundation. It was in my business plan from day one,” Burch says. Strengthening women was always a central concern. “Empowering women is integrated into everything we do, from providing grants and resources to designing beautiful clothes that help women everywhere live with more confidence.”

As Burch often points out, 50 percent of all entrepreneurs identify as female, but they receive just 2.3 percent of venture capital. She herself ran into strong resistance from prospective (male) investors when she began seeking funding for the women’s empowerment project she had in mind.

Fortunately, she says, “those attitudes are changing, and I’m encouraged by the younger generation. They expect the brands they support to have a purpose, and that’s trickling up to founders and investors. The same people who told me I shouldn’t mention ‘social responsibility’ and ‘business’ in the same sentence have since changed their perspectives and have become supporters of our work.”

Since 2009, the Tory Burch Foundation has awarded more than 4,800 female business owners more than $75 million in grants and loans in partnership with the Bank of America Capital Program, in addition to providing educational and digital resources, mentoring and community. “And we’re just getting started,” Burch says. Past recipients have included a company that installs beehives on corporate campuses, a pediatric therapy provider and a biotech start-up working to expand access to stem-cell treatments.

In making awards, the Tory Burch Foundation looks for businesses that are “poised for growth” and likely to “sustain their impact for the long term,” as well as for entrepreneurs who possess more intangible qualities like passion and ambition, which even in the 21st century can be a heavy lift for women.

The foundation’s third Embrace Ambition summit, a global initiative to address the double standard that still exists around ambition and to challenge stereotypes and unconscious bias, is coming up in June. Men, too, need to be part of the conversation, Burch says. “We can work together to change the dynamic.”

Burch was CEO of her company until recently, when she happily handed the job to her husband, Pierre-Yves Roussel, the former chairman and CEO of LVMH, whom she married in 2018. The change has freed up some of her prodigious energy to concentrate on new creative projects, do more designing and, of course, give a leg up to other women entrepreneurs.

Success, Burch says, “comes down to women owning their ambition. It’s something I still work on every day. It doesn’t always come naturally, and that’s an obstacle we need to overcome.” 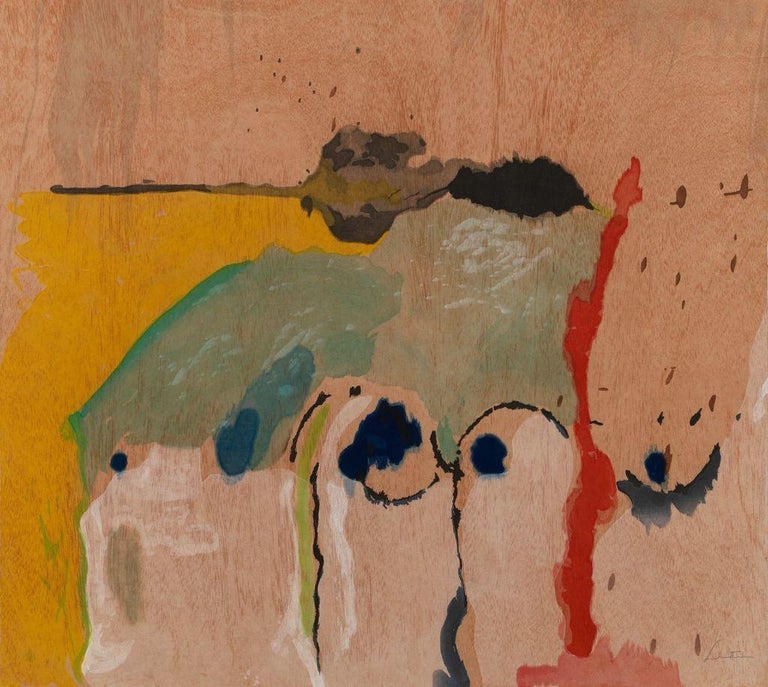 Shop Now
Tales of Genji I, 1998, by Helen Frankenthaler, offered by Upsilon Gallery

“Helen Frankenthaler had the most magnificent color sense, from her ‘soak stain’ paintings to her groundbreaking woodcuts.” 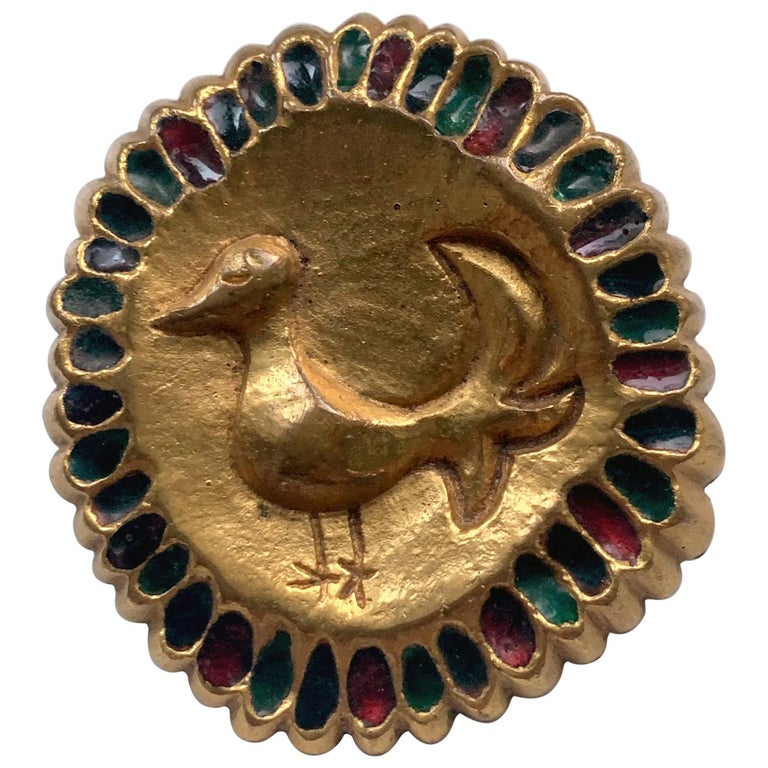 “Line Vautrin is one of my favorite jewelry designers, and she was fiercely independent. Metalworking was not a typical career choice for women in the nineteen thirties, but she believed in her vision and created her own business from scratch.”

“Louise Bourgeois is one of my favorite artists — her work was so personal and provocative. We tend to think of her large-scale sculptures, like the ‘Maman’ spiders, but drawings like this reveal another side of her work.”

“I’ve been interested in unusual color combinations and graphic lines lately. This rug by Nathalie du Pasquier, a founding member of the Memphis Group, stood out to me instantly.” 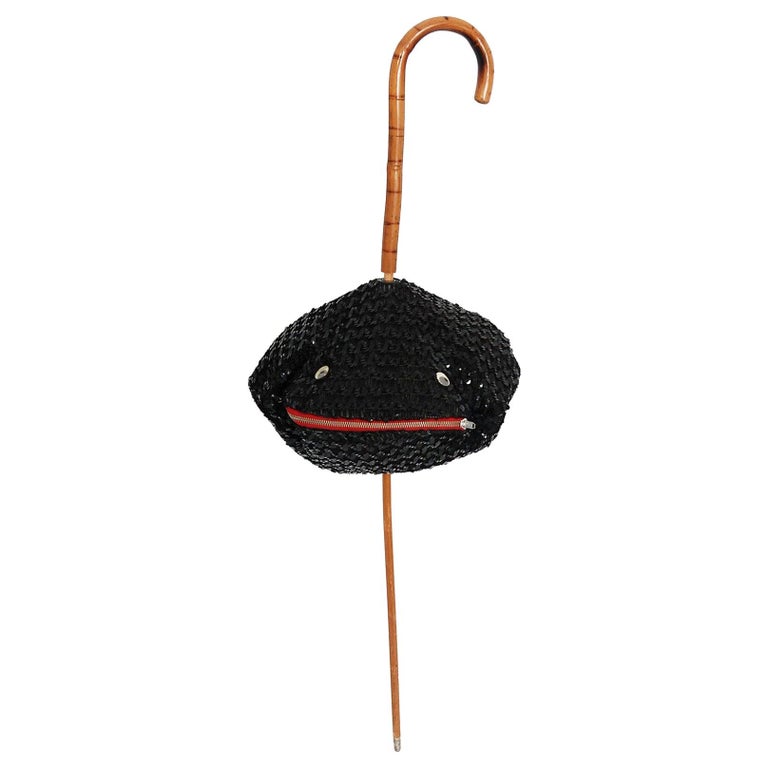 “I love that Surrealism is reemerging in fashion, and no one did it better than Elsa Schiaparelli. This sequined cane-pouch hybrid shaped like a blowfish captures her unique sense of humor and imagination.” 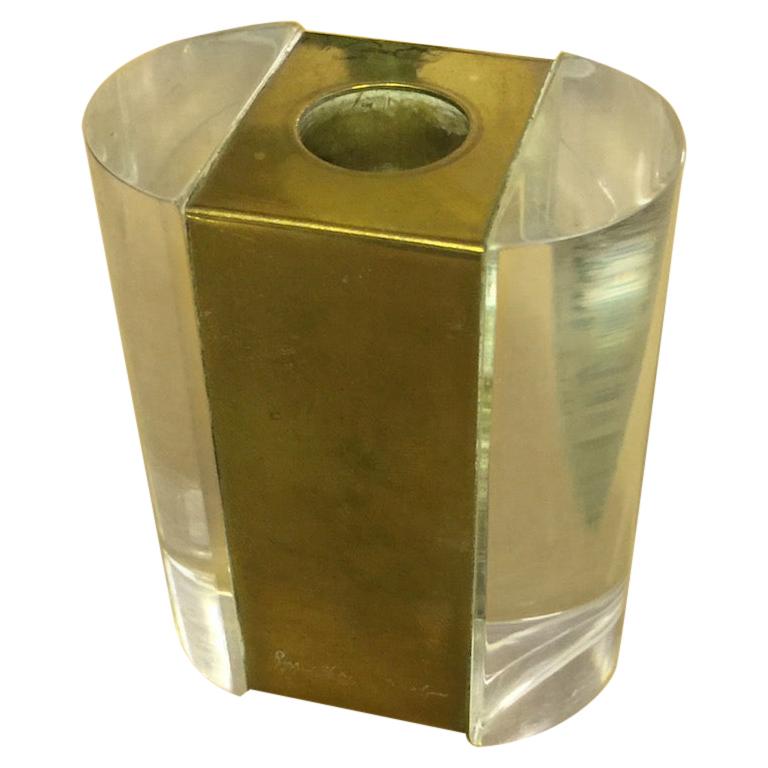 “Gabriella Crespi has been a design influence for years. Our pre-fall 2017 collection was inspired by her personal style, travels and spirituality. This desk accessory would make a perfect gift for a like-minded Crespi fan.” 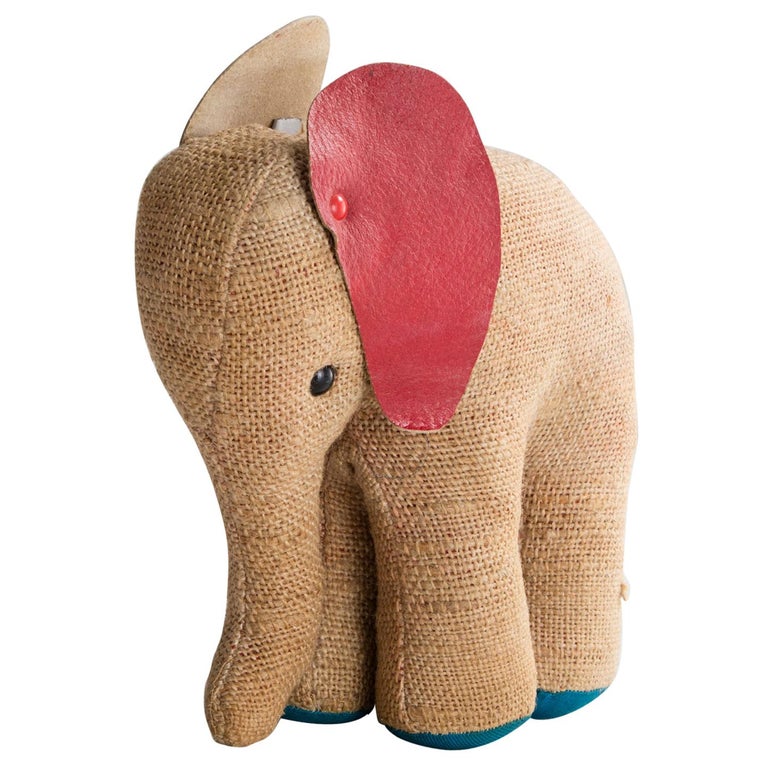 “Renate Müller’s handmade elephant has the best story: In addition to bringing an elevated aesthetic to her designs, Müller was passionate about creating toys that children of all abilities could use. She worked closely with doctors and therapists and primarily used soft, natural fibers like cotton, jute and wool. She was way ahead of her time for 1969.” 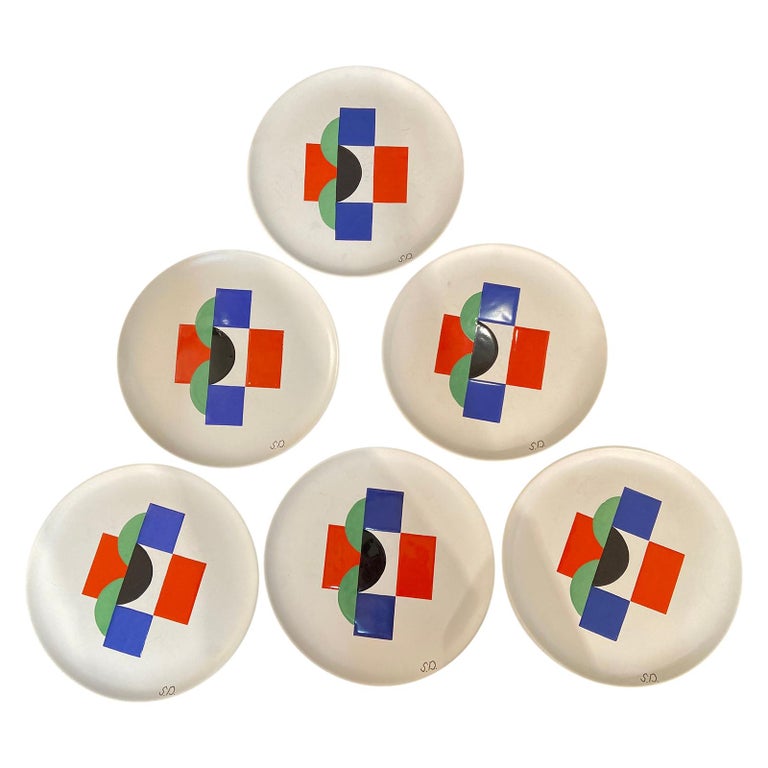 “Sonia Delaunay is an inspiration. Our spring Tory Sport collection was influenced by her clashes of vivid, saturated colors. These plates are a great reminder of Delaunay’s range as an artist, from her most well-known paintings to her ceramic and textile work.” 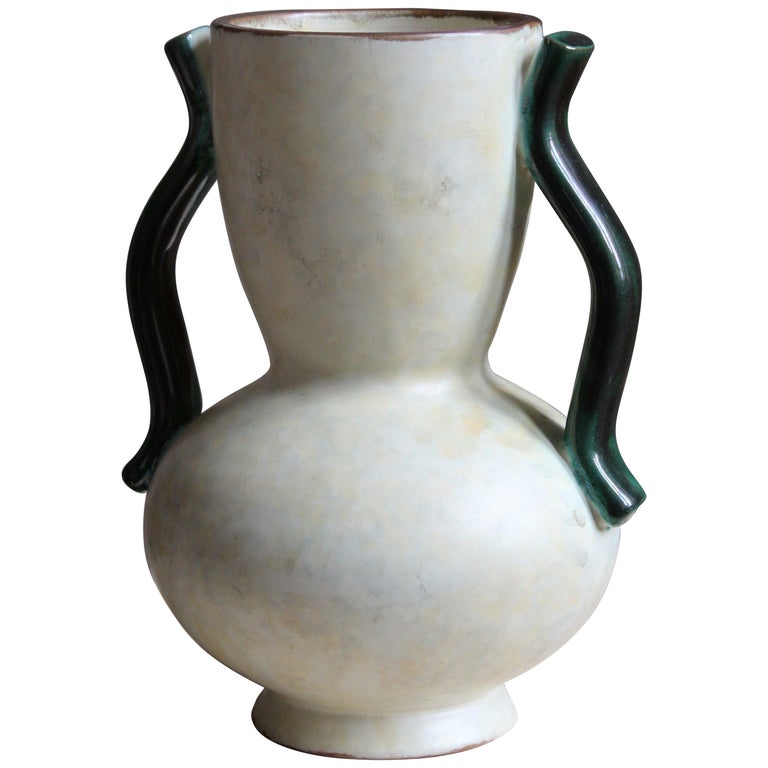 “I’ve collected ceramics for years and am always interested in ceramic and stoneware styles from around the world. This forties-era vase by Swedish artist Anna-Lisa Thomson was so modern for the time.” 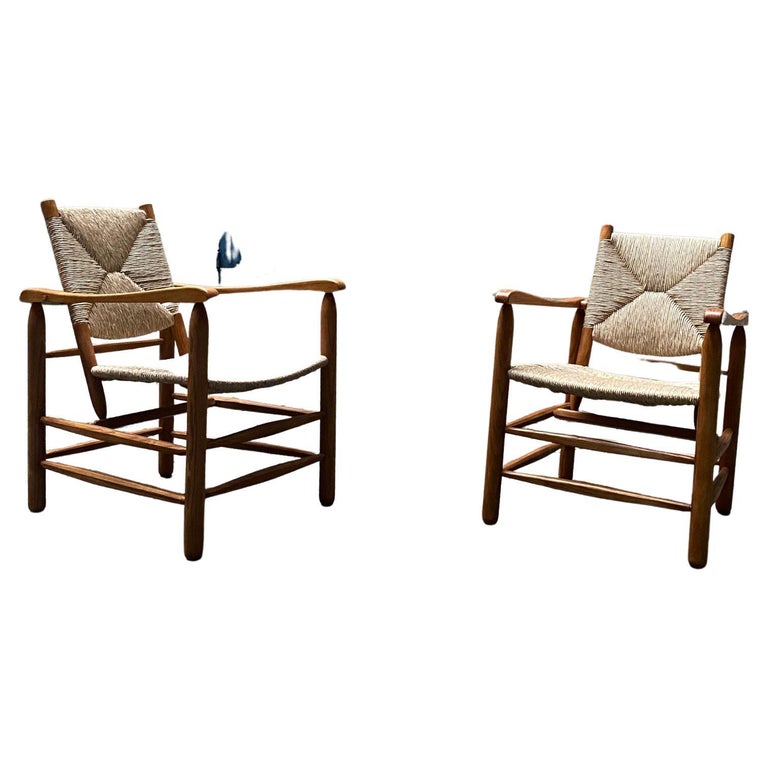 “Charlotte Perriand is a testament to pushing yourself and constantly evolving your style. Her work covered a broad aesthetic spectrum, from the industrial furniture of her early years to the more rustic, natural textures of these straw chairs.” 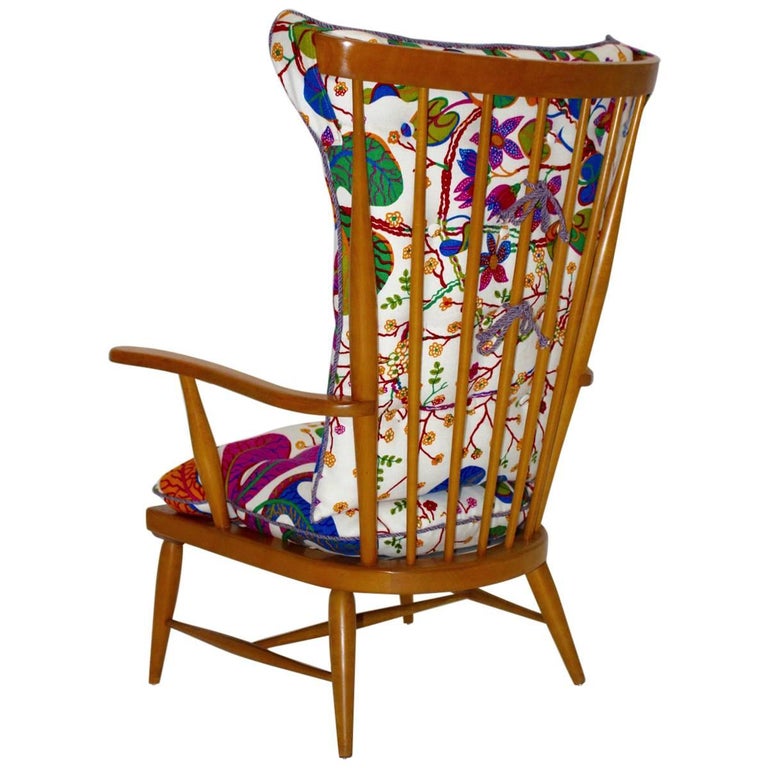 “Anna Lülja Praun was regarded for the lightness of her furniture, and this Windsor chair — with cushions in a lush Josef Frank print — feels both elegant and utilitarian.” 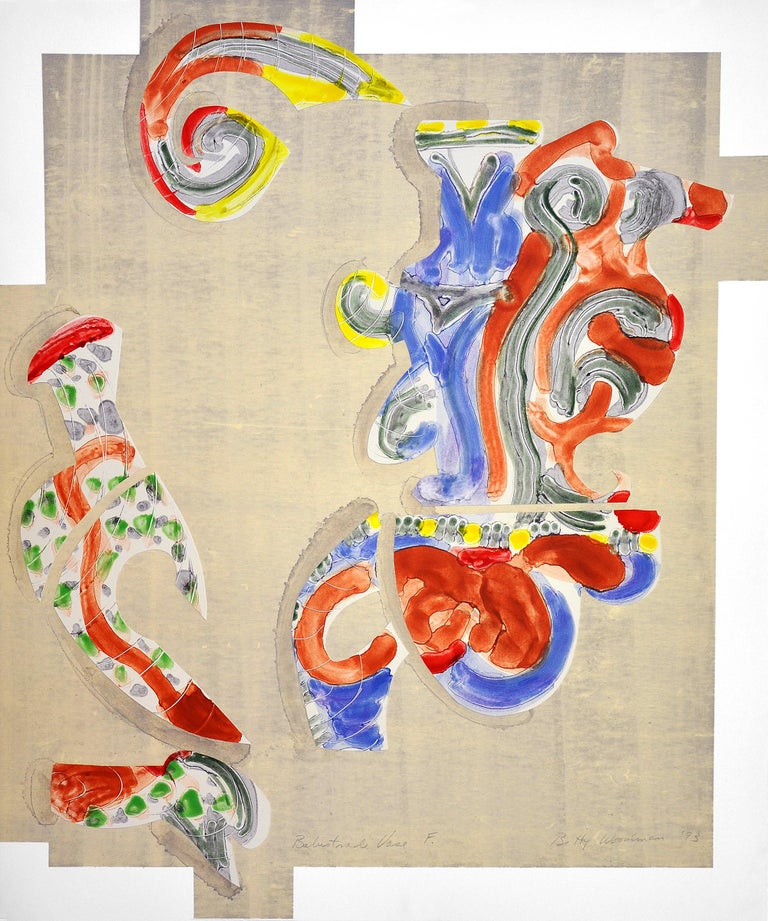 “I studied Betty Woodman as an art history student at the University of Pennsylvania, and she left such an impression on me. The way she mixed materials, eras and traditions in her work was so innovative, but she never abandoned the idea of function. Eventually, she became the first living female artist — and the first ceramist — to be featured in a solo exhibition at the Met.” 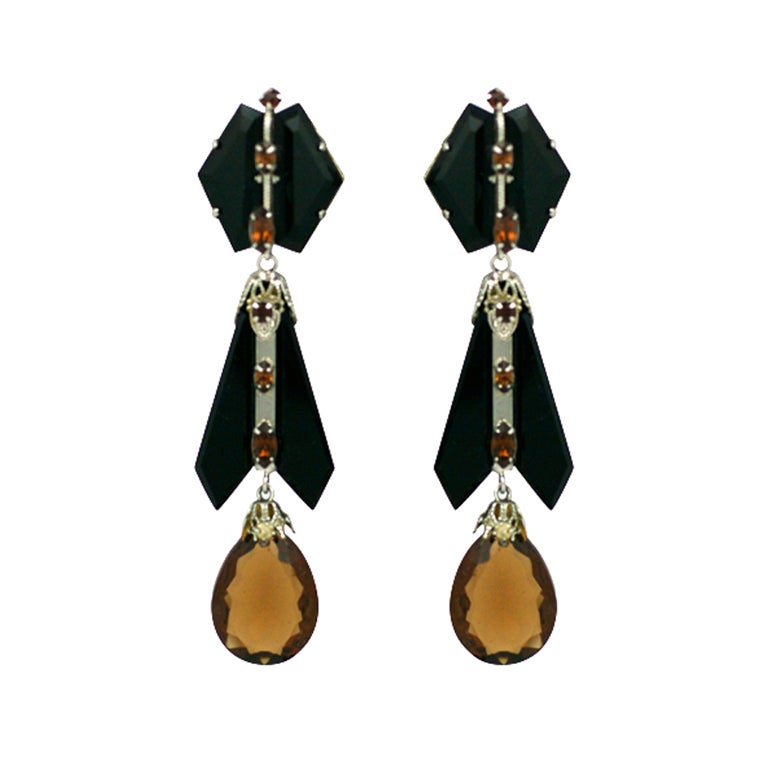 “These Schiaparelli earrings are extraordinary. I love the combination of jet, glass and topaz. I would wear them with an evening dress or even a turtleneck and jeans.” 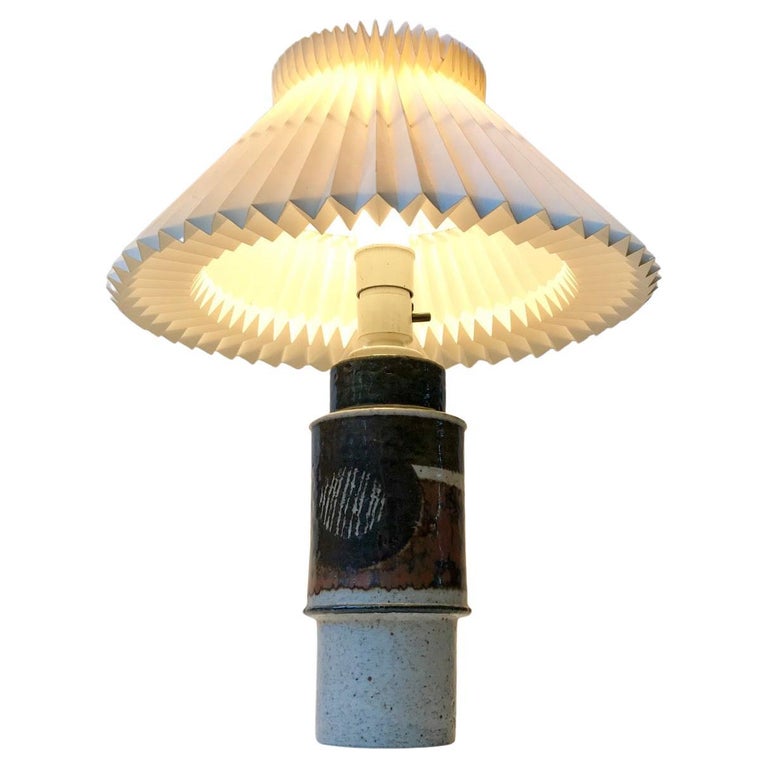 “The mix of a glazed-stone base and a sleek, angular shade brings so much character to this little lamp.” 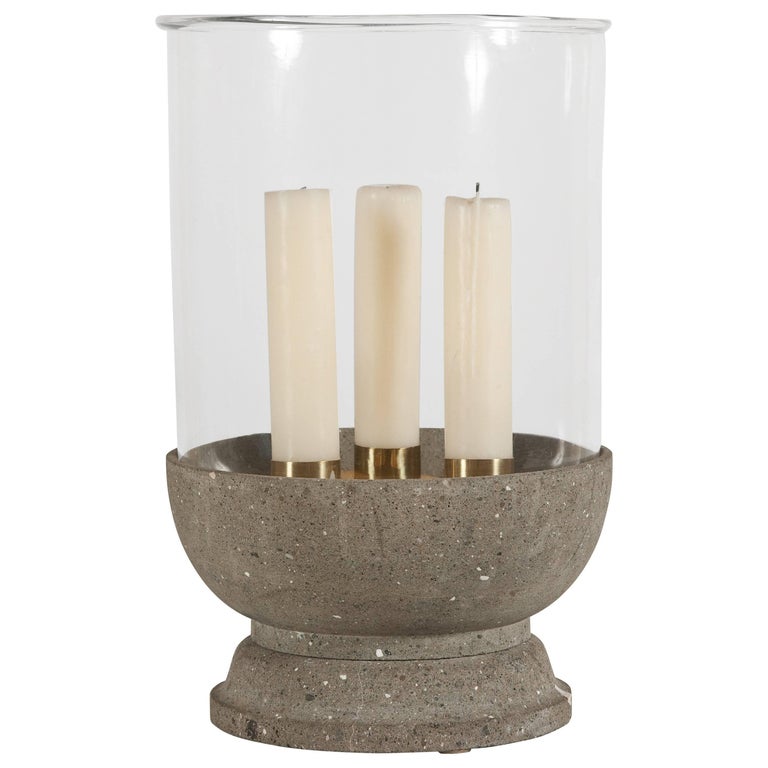 “This stone and glass Photophore from Gabriella Crespi is perfect for entertaining indoors or out.”

“Cindy Sherman’s campy dinner service, a riff on Madame de Pompadour’s design from 1756, combines Sherman’s singular vision with my own passion for collecting porcelain and ceramics.”

“The first piece of art I ever bought was by Clementine Hunter, a self-taught folk artist from Louisiana. She painted vibrant scenes from her own life and was incredibly prolific. Her body of work is estimated to include four thousand or five thousand paintings.”