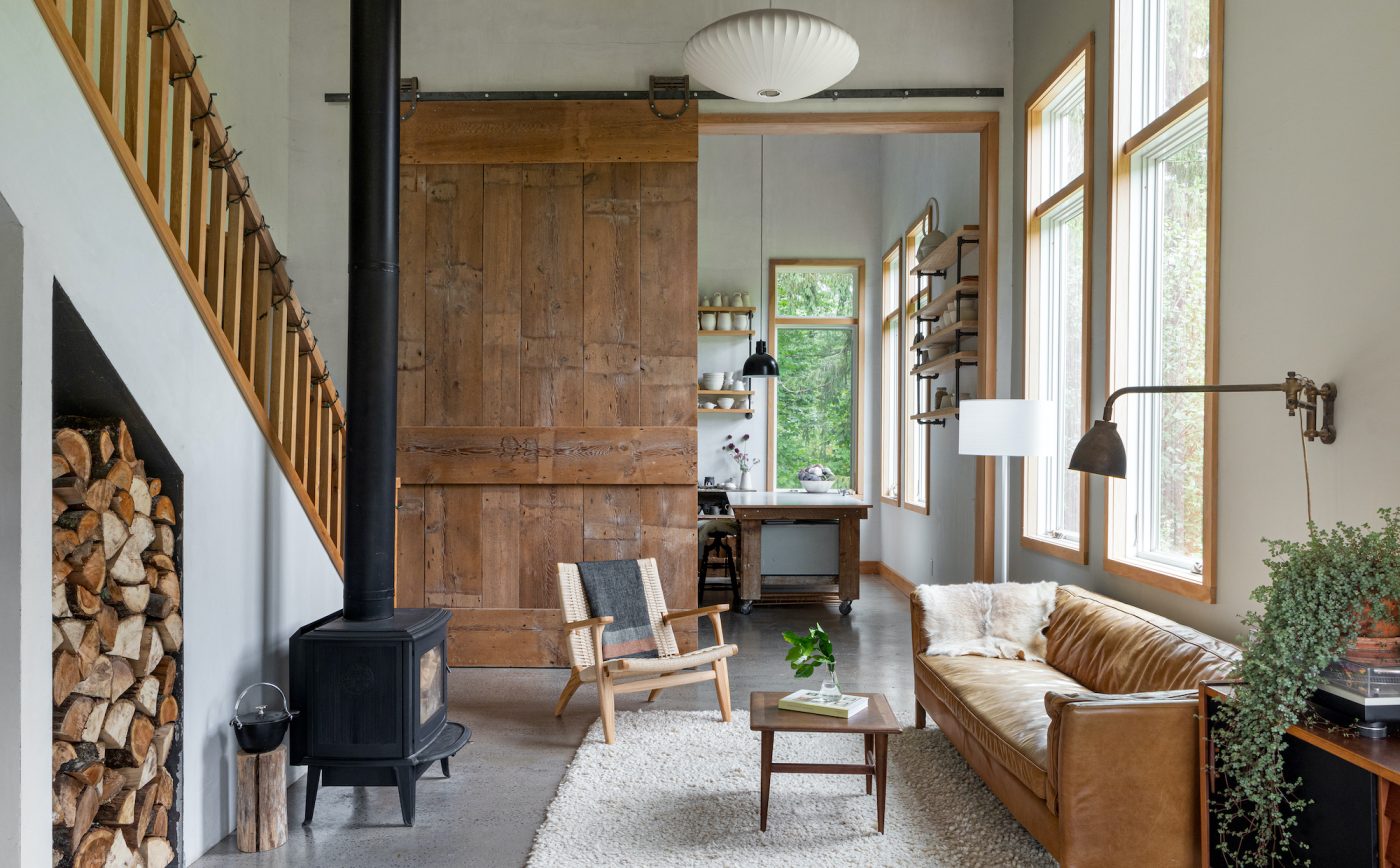 January 9, 2022Whatever their means, city dwellers tend to dream of one thing: space to spread out. For New York City residents, that often means looking north, to the beautiful Hudson River Valley and beyond. The new book Upstate: Living Spaces with Space to Live (Monacelli) grew out of author Lisa Przystup’s realization that she and her husband needed more than their Greenpoint, Brooklyn, flat. The first of the volume’s dozen homes is theirs.

Their 1893 Delhi house (white walls, clever touches like a brass backsplash in the kitchen) is typical of many of the beautiful homes in the book in that it has a distinct sophisticated urban aesthetic that works well precisely because of the countrified context.

Photographer Sarah Elliott has caught just the right vignettes and vistas, like collector James Coviello’s dozen cuckoo clocks, all mounted together on a wall in his Greek Revival home in Craryville. They don’t look crowded, but if upstaters want to hoard, they have the room — witness Simon Lince and Cary Leibowitz’s Ghent house, with a cabinet full of mugs depicting the British royal family.

Elliott’s own Hillsdale home, a 1790s Greek Revival farmhouse, is here too. She has proudly featured her raised garden beds, nasturtiums abloom next to the Swiss chard, with rolling verdant hills beyond. As one of the book’s very last images, it seems to instruct the reader to just breathe and soak in the upstate atmosphere.