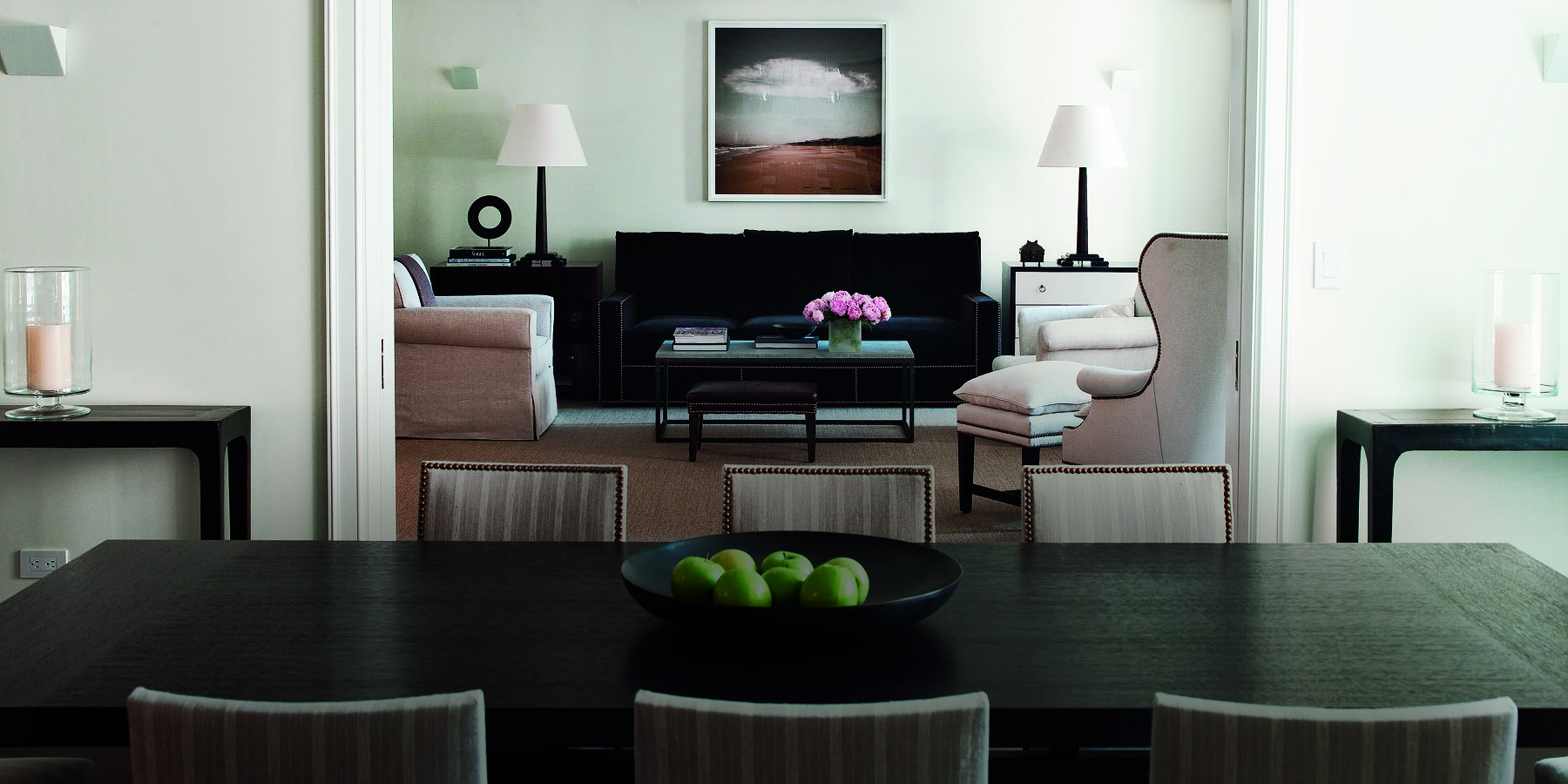 With a light touch and an expansive sense of space, Victoria Hagan has made her career creating interiors that are both timeless and of the moment, tailored yet comfortable. 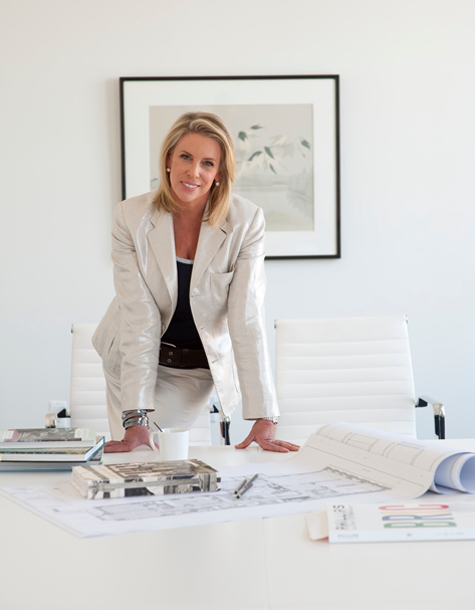 A new client once asked Victoria Hagan for the decorating equivalent of fashion’s ubiquitous little black dress. “My initial thought was, Sounds great!” recalls the New York–based designer, renowned for creating spaces with a timeless aura. “But upon reflection I told her, ‘You know, sometimes it’s actually the green dress that never goes out of style.’ Because it’s not quite what you think it is.”

Hagan was clearly speaking about her own work. Like a little green dress, her rooms are timeless yet au courant and always at least a bit unexpected. She favors furnishings and objects with classical appeal — bergères, trestle tables, Empire settees — but surrounds them with enough breathing room to highlight their sculptural silhouettes. She typically uses restrained colors, deploying pattern judiciously and with precision while incorporating contemporary art as a foil to those more restrained touches. The result, though deeply rooted in tradition, is utterly modern. In the context of a Hagan-designed room, a nail-head-studded wing chair isn’t there to telegraph period pedigree so much as to throw a curve — often quite literally. “Graphically, I am always looking for the line, the form,” she says.

“Classic” is the word she uses to describe her work — although only when pressed. “My least favorite question to answer is ‘What’s your style like?’ ” Hagan says, cringing at the thought. “The answer I’ve come up with is: ‘My style is good design that stands the test of time.’ I really enjoy thinking about space in the long run.”

That comment cuts right to the heart of what makes Hagan tick. Yes, she loves designing rooms that age gracefully from an aesthetic standpoint, but she also wants them to function gracefully for their inhabitants. Accordingly, she is as proud of her savant-like knack for divining her clients’ every need and desire as she is of her significant professional accomplishments: repeat appearances on Architectural Digest’s AD 100 list; her 2004 induction into the Interior Design Hall of Fame; a highly regarded 2010 monograph, Victoria Hagan: Interior Portraits; working with such well-known clients as Conan O’Brien, Ron Perelman and Barry Sonnenfeld. 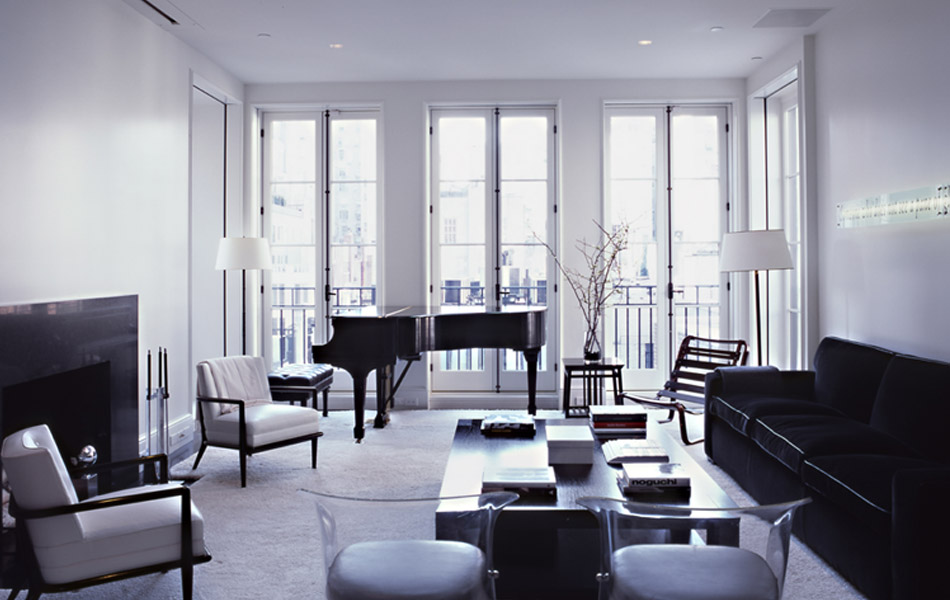 “We have a point of view and an attitude in our office, but the work we do is very customized and personalized,” she explains. “I like to analyze how clients live and to get into their heads. To understand how people think is not such a mysterious process; if you’re receptive to it, it’s all out there for you. Mostly I look at what they get excited about and listen to what they say — and what they don’t say.” She stops for a beat and reflects. “There’s so much to a pause; it tells you a lot.”

That notion of the pause is key to understanding Hagan’s design sensibility. Her portfolio is diverse, ranging from Manhattan penthouses to a Jackson Hole ranch and an island-chic Caribbean home. But a hallmark of all her projects is a prevailing sense of white space. It’s something that allows each piece of furniture and every architectural element to shine and that invites daylight to become an active participant in the decorative scheme. “I often talk about volume,” she says. “The notion of the void is a very powerful element in design.” She explains that two of her favorite spaces, New York’s Central Park (which her Columbus Circle office overlooks) and the sculpture garden at the Museum of Modern Art, both exhibit a profound sense of openness.

Another layer of Hagan’s work further evokes this concept of caesura: Her idée fixe is to design homes that conspire on every level to create peace and calm and that inspire clients to take a literal pause from life’s daily stresses — home as sanctuary in the truest sense. “I want people to walk through a space and say, ‘Oh this makes me feel good.’ That’s the kind of luxury I strive for.” Indeed, her brand of extravagance is not about an abundance of stuff; Hagan is a master at “paring” back the extraneous, thus leaving — perhaps counterintuitively — more room for comfort.

A favorite of big-name architects, Hagan has frequently collaborated with some of the best: Michael Graves, Ferguson & Shamamian and Allan Greenberg. “I love the synergy of working with architects,” she says, noting that the vocation was a route she might have chosen. At the time she enrolled in Parsons (whose Board of Governors she’s served on since 1997), there was a lot of pressure to go into the field. “There’s a path and there are pauses” — that word again — “where you can go either way. As much as I enjoy architecture, it’s not my passion. I’m much more excited by how I feel when I sit in a room.”

“I like to analyze how clients live and to get into their heads. To understand how people think is not such a mysterious process; if you’re receptive to it, it’s all out there for you. Mostly I look at what they get excited about and listen to what they say — and what they don’t say.”

She says she is attuned to both the overall and the minute aspects of interior design: “I’m very much into the big picture, but I’m also meticulous about the details: the finish of the wood, the half-inch on a chair height. You have to zoom back and forth between scales.”

She brings that laser-like focus to her product designs, too. In 2002 — a decade after launching her firm — she unveiled the Victoria Hagan Home Collection, a line of case goods, upholstered seating and fabrics that’s carried across the country in such showrooms as Holland & Sherry and Profiles. “It was at a point in my career where it just felt right; I had something to say that I wanted to share,” she explains. Plus, she always found herself hunting for the same things, larger-scale coffee tables and comfortable dining chairs in particular. “You get a bedside table two inches off, and it just doesn’t work,” she notes. 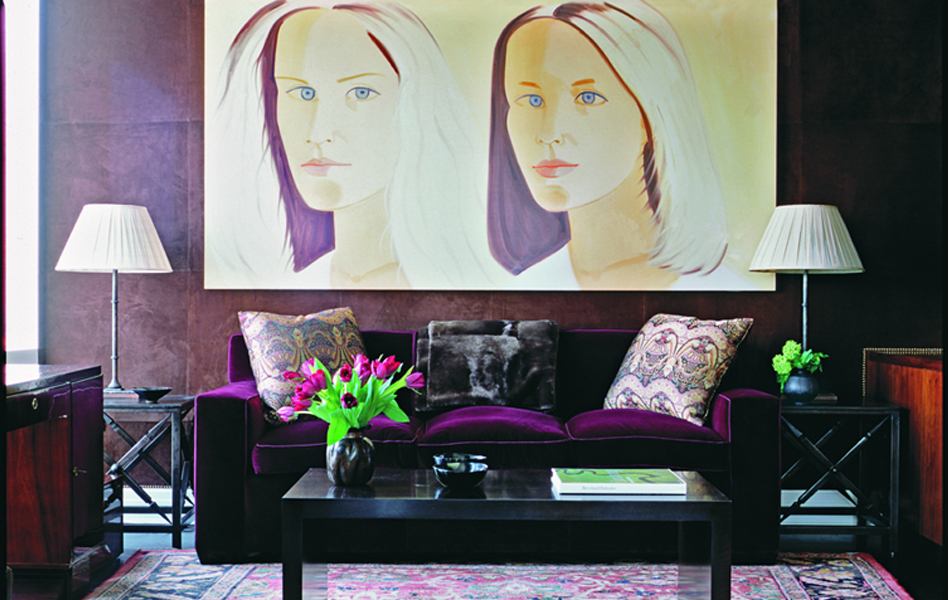 In a Columbus Circle home, the warmth of Alex Katz’s The Poison Sisters 2004 plays off the aubergine richness of the sofa beneath it. Photo by Eric Laignel, courtesy of Rizzoli

Her pieces, naturally, became instant classics: X-base benches with exquisitely tapered legs, English-style sofas with just the right balance of tailoring and comfort, linens in crisp geometrics that riff on traditional motifs. As for what influences her products and her interiors, she says she’s beholden to no single source. “I’m quite open. I look at a lot of different things, but I’m drawn to the simplicity of nineteen-forties pieces; there’s an elegance to them, and they’re very straightforward and clean.”

Although furnishings are Hagan’s building blocks, she knows that in the end they’re just a part of what gives an interior magic and soul. “Design is not about the chair — as much as I enjoy the chair. It’s about lifestyle.”

As for her own lifestyle, she enjoys the simple pleasures: entertaining frequently, hanging out with friends, traveling with her husband and twin boys. “What I like doing in my spare time keeps me tapped in. I think the most important characteristic of a designer is that at the end of the day you kick back and relax.”

To remind her of that, she’s hung outside of her office a photograph of a diver plunging into a pool. “It makes me think: I love gazing at water, but you’ve got to dive in and get into the swim of it. I don’t want to be a spectator of life.”