12 Masterful Portraits Leave Their Castle for the First Time 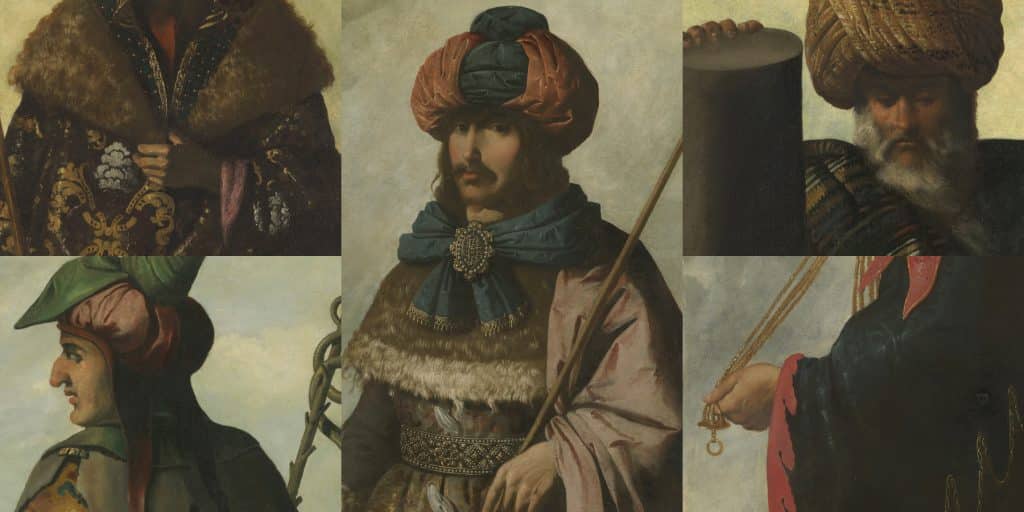 Less well-known than his Old Master brethren, the Spanish artist Francisco de Zurbarán is the subject of a new show at New York City's Frick Collection. 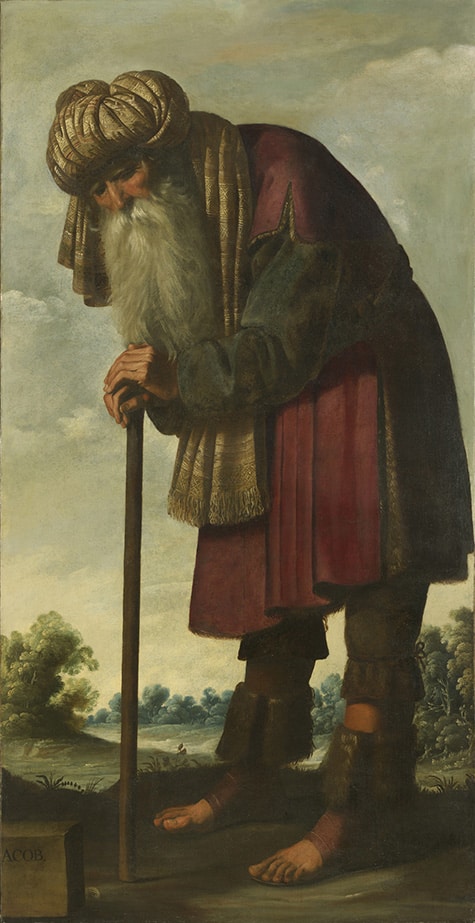 January 29, 2018“Zurbarán’s Jacob and His Twelve Sons: Paintings from Auckland Castle” — on view from January 31 through April 22 — brings to New York’s Frick Collection a remarkable cycle of seven-foot-tall religious paintings, dating from 1640 to 1650, by Spanish Old Master Francisco de Zurbarán. Above: Jacob. Top: Details from five of the works. All photos by Robert LaPrelle, © The Auckland Project/Zurbarán Trust, unless otherwise noted

In the history of art, the 1590s were a particularly propitious decade, notable for the births of such eminent figures as Guercino, Nicolas Poussin, Anthony van Dyck, Diego Velázquez — and Francisco de Zurbarán. Of these, Zurbarán (1598–1664) is the least familiar because, although he is now recognized as a master of the Golden Age of Spanish painting, for centuries, his oeuvre was largely unknown outside Spain.

That is no longer the case: A splendid cycle of his paintings, which had been out of the public eye for more than 250 years, will be on view in “Zurbarán’s Jacob and His Twelve Sons: Paintings from Auckland Castle,” at New York’s Frick Collection from January 31 through April 22. The subject of the series is Jacob’s deathbed speech in Genesis 49, in which he gives each of his 12 sons — progenitors of the tribes of Israel — a blessing or curse. Zurbarán illustrated the story by painting individual, monumental, sumptuous seven-foot-tall portraits of the aged patriarch and his children.

This Biblical text is a highly unusual subject for Spanish religious art, not found in any of the country’s 17th-century art inventories. But the 1640s, when Zurbarán painted the cycle, were a time of active trade between Spain and the New World. And scholars have determined that the Jacob deathbed scene was a subject of art exclusively produced for a New World audience. Why? Because the Catholic Church (which presumably commissioned Zurbarán’s Jacob series, although we don’t know for sure) thought the indigenous people of the Americas were the descendants of the so-called lost tribes of Israel and thus could be celebrated — and converted — by displaying paintings like this in the churches of the New World.

As Akemi Luisa Herráez Vossbrink, a Ph.D. candidate at the University of Cambridge, writes in the exhibition catalogue, this “myth provided a justification for Spain’s conquest of the Americas.” In fact, the only three known Jacob painting cycles apart from the Auckland Castle set are in Latin America — in Mexico City; Puebla, Mexico; and Lima, Peru — and one of these is thought to be a local copy of a Zurbarán original. The Auckland paintings were presumably made for export, as well.

The backstory of the exhibition is almost as fascinating as the works themselves. Twelve of the paintings on display have hung in the dining room of Auckland Castle, an Anglican bishop’s palace outside Durham, in northern England, since 1756, when Richard Trevor, the Bishop of Durham, bought them at the London estate sale of James Mendez, a Jewish merchant. The missing 13th portrait, of Benjamin, had already been sold to another collector, so he had it copied; the original, on loan from Grimsthorpe Castle, in England’s Lincolnshire, is reunited with his brothers in the show. Trevor was passionate about art and architecture and had his dining room refashioned to display the 13 paintings in all their glory. But he was also trying to heighten awareness of the discrimination that Jews suffered in England at that time, barred from obtaining university degrees, from holding public office and even from becoming citizens unless they took Communion in the Anglican Church, signifying their conversion. As a member of the House of Lords, Trevor was a key supporter of the Jewish Naturalization Act of 1753, which gave resident Jews the right to become citizens. He was appalled when, the following year, the so-called Jew Bill was repealed after a public uproar and threats of violence. 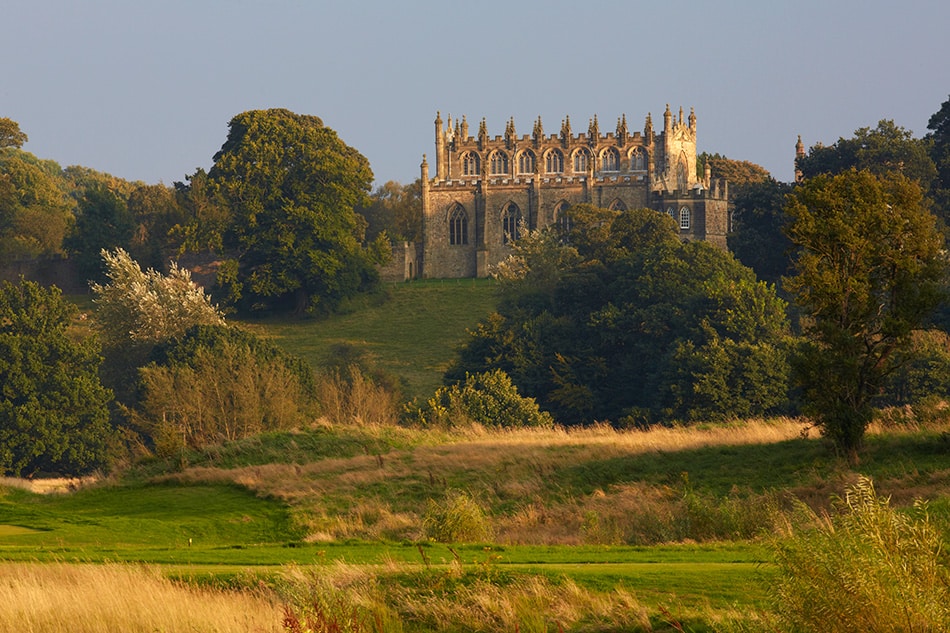 The works spent the past 262 years hanging in Auckland Castle, an Anglican bishop’s palace that sits outside of Durham, in northern England. Photo by Neill Watson, © The Auckland Project/Zurbarán Trust 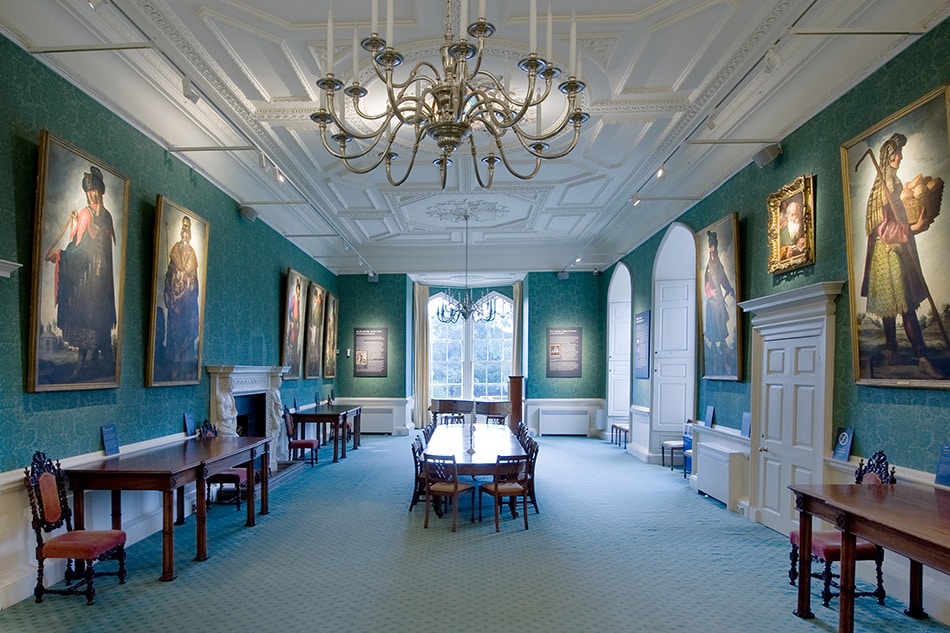 In 1756, Richard Trevor, prince bishop of Durham, bought 12 of the paintings at an estate sale in London and redecorated his dining room to display them, along with a copy that Trevor had made of the 13th, Benjamin, which had already been acquired by someone else. Photo by Colin Davison, © The Auckland Project/Zurbarán Trust 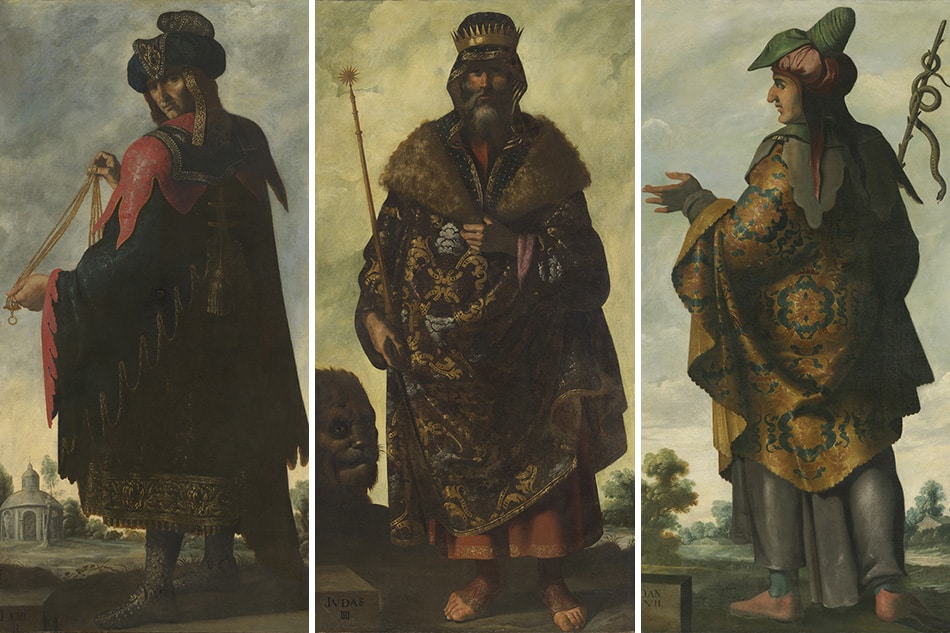 From left, Levi, Judah and Dan. 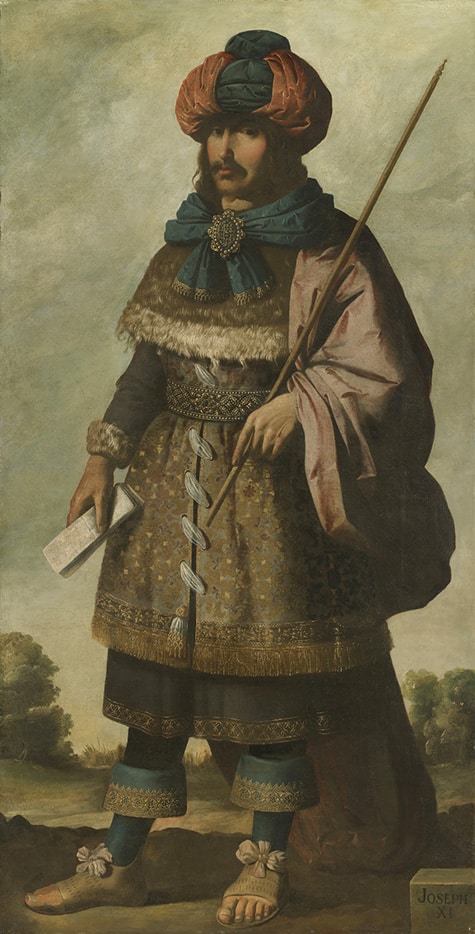 Trevor showed his support for Jewish people by acquiring the Zurbaráns and displaying them in his dining room, where he entertained the rich and the influential.

“Trevor was making a powerful public statement about the plight of contemporary Jews,” Christopher Ferguson, the curatorial, conservation and exhibitions director of the Auckland Castle Trust, writes in the show catalogue. “Through his transformation of the interiors at Auckland, with Zurbarán’s masterpieces at the core, Trevor created a sequence of spaces of high political impact many visitors would instantly have understood.”

Six years ago, the care of both the paintings and the palace were transferred to the private Auckland Castle Trust, and the castle was opened to the public for the first time in 1,000 years. (It remains the office of the bishop of Durham.) The trust organized the current show with the Frick and the Meadows Museum at Southern Methodist University, in Dallas, where it originated last September.

Why has Zurbarán been so neglected for so long? The son of a humble haberdasher, he grew up about 60 miles from Seville and was largely self-taught, often “borrowing” his compositions from northern European prints he found, particularly works by Albrecht Dürer, Jacques de Gheyn II and Martin Schongauer. He had a brief apprenticeship in Seville from 1614 to 1617, after which he returned to the countryside, set up shop as a painter and married an agricultural official’s daughter. Most of his commissions came from the church. Seville, the most important port in Spain, was booming, and new religious institutions needed adornment. In 1628, he went back to the capital to paint 22 works for the convent of the Mercedarian order, which is now the city’s Museum of Fine Arts. The pictures are distinguished by their deep religiosity — but also by their sumptuousness; having been raised by a haberdasher, Zurbarán appreciated textiles and painted them with bravura. This is also true in the portrayals of Jacob and his sons in the works at the Frick.

During his years in Seville, Zurbarán was very successful. He supervised his own workshop of painters, who undoubtedly helped him with large commissions like the Jacob series. He had little presence beyond his country, however, until the French king Louis Philippe had his agents take art from Spain, including dozens of paintings by Zurbarán. From 1838 to 1848, the king displayed his collection in the Galerie Espagnole at the Louvre. The French critics immediately embraced Zurbarán for the way he combined realism and mysticism.

Zurbarán won similar acclaim in 1987 from reviewers of a retrospective of his work at New York’s Metropolitan Museum of Art, a joint project with the Louvre. Now, 30 years later, the Frick will be showing the Jacob cycle in the New World for the first time, and he will be rediscovered yet again.