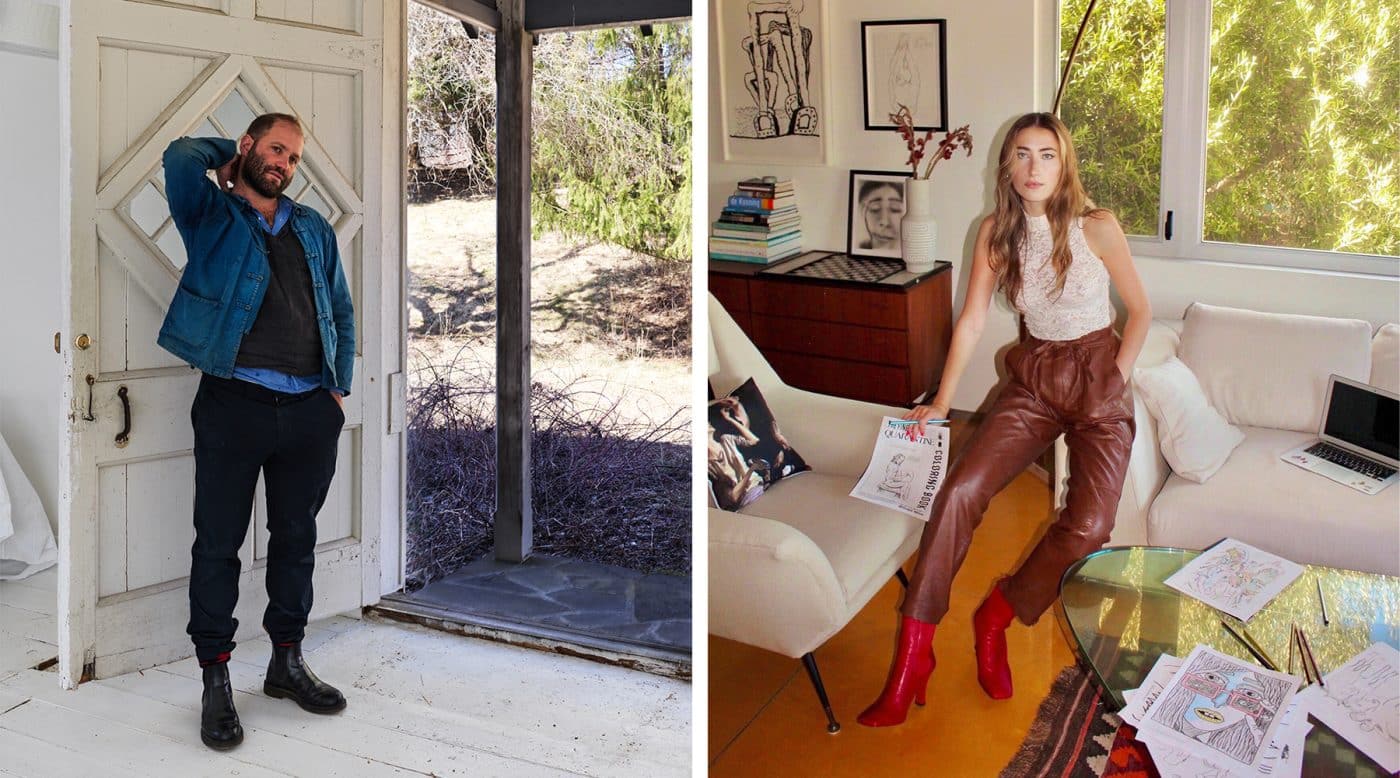 Alex Tieghi-Walker and Brooke Wise look outside the mainstream for slow design and subversive art.

August 10, 2022At first glance, curators Alex Tieghi-Walker and Brooke Wise don’t seem to have much in common. Tieghi-Walker, the trailblazer behind Los Angeles design platform Tiwa Select, favors a handcrafted aesthetic that honors the past, while Wise, an art expert who toggles between L.A. and New York, leans toward the avant-garde.

What they share is a talent for finding creators and works that are often outside the mainstream and championing them with buzzy exhibitions. The two operate in the same millennial art and design circles and offer a window into the novel ideas and attitudes percolating there.

Both have ventured into advising, as well. In Tieghi-Walker and Wise, the next generation of collectors has found the perfect, super-approachable guides. “I used to think that being young was a liability,” says Wise. “But now, I’m understanding that it’s a strength, especially when relating to younger artists.”

For 1stDibs Auctions, the pair have created a collection of standout pieces that embodies their fresh perspectives. “What we do is relatively similar, but our sensibilities are so different,” says Wise. “That’s why it’s fun to do things like this alongside each other. There’s always beauty in contrast.”

British-born Tieghi-Walker, 33, was immersed in the arts from an early age, thanks to his mother, a historian, and his father, a ceramist. After university, he became a design writer and editor. He conceived Tiwa Select (which takes its name from the first syllables of his last names) during a trip to Japan in 2019. His intention was to create a place for the one-of-a-kind designs he’d discovered and sourced during his years of travel and international living in countries as diverse as Italy, India and Argentina.

He finds the makers he works with, many of whom are self-taught, through art shows, the Internet and a lot of word of mouth. “I’m drawn to the handmade — traditional practices and craft processes and locally sourced materials,” he says. “I want to celebrate craft again and not associate it only with grandmas making wonky bowls for the village sale.”

While Tieghi-Walker is tracking down face-jug potters and esoteric basket makers, 28-year-old Wise is likely to be found racing through New York galleries or international art fairs, looking at pieces by everyone from blue-chip artists to emerging creators.

A graduate of New York’s Parsons School of Design, the Montreal native brings a background as painter and sculptor to her work curating exhibitions in what the art world calls “non-white-cube spaces” in addition to traditional galleries. The shows are often fundraisers for the causes and nonprofits she’s interested in, including LGBTQIA+ rights, Meals on Wheels, the Black Visions Collective, Tom of Finland Foundation and Planned Parenthood.

Tieghi-Walker’s auction curation of handmade rugs, pottery and furniture reflects his pursuit of a wabi-sabi aesthetic: imperfect objects that are “wobbly, rusty, bent, mottled, chipped or burned,” he explains.

Among the African and Mesoamerican stoneware he’s chosen is a terracotta vase designed by Oaxacan artisan Silvia Martínez Díaz and a petite pre-Columbian redware olla. “There’s a rawness to this work and a level of sincerity given the intended use of these pieces,” he says. “They are for function and not just for decoration.”

He also chose a 19th-century tramp-art box decorated with decoupage figures. “I’m obsessed with tramp art,” he says. “It’s folk expression at its purest. Makers would use whatever materials were at hand — like a cigar box or crate — and whittle strange and whimsical objects. There’s something so fanciful or camp about the details and the decorative flourishes.”

Among her auction selections is a charming informal oil on cardboard from the 1930s titled Young Blonde Girl, by French artist Lucie Navier, painted in loose, expressive brushstrokes. “Once you get past the mentality that a painting of a face has to be rendered as closely to a photograph as achievable, you get to enjoy the portraits that lack that quality,” she explains.

Both feel that creating a collection for 1stDibs Auctions is a natural evolution of what they do best, which is to bring attention to exceptional, often overlooked, pieces. “I think it’s helpful to share some background and insights about the work or artist that otherwise wouldn’t be accessible to the viewer,” says Wise. Tieghi-Walker is pleased to have added a personal element. “My curating is very playful,” he says. “I want what I’m doing to feel human, kind and open, and I think Brooke has a similar dynamic.” 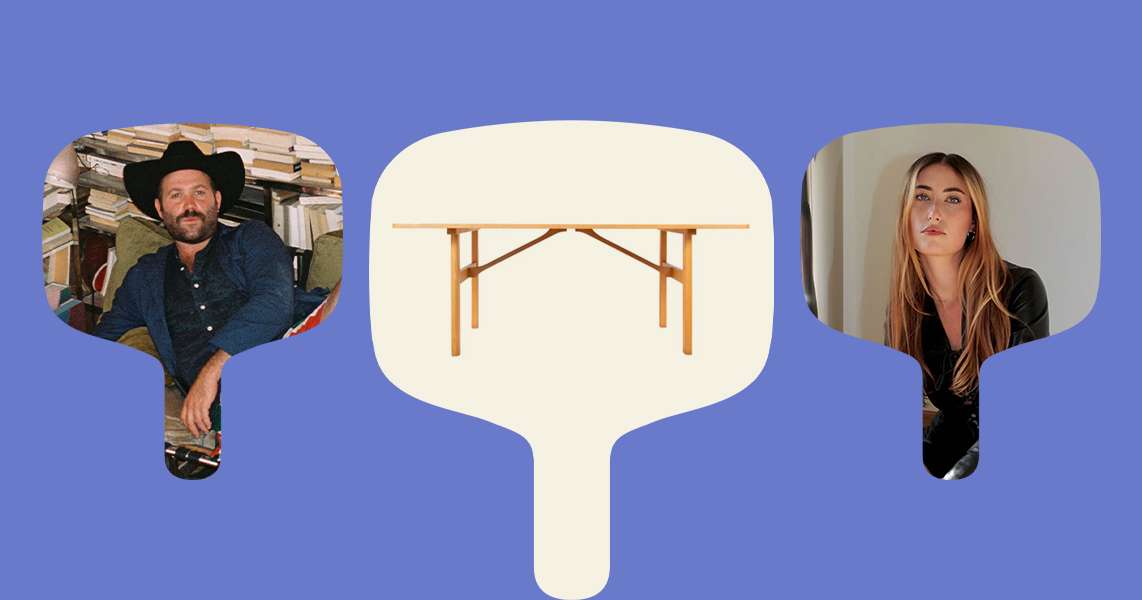