This L.A. Firm Designs the Kind of Casually Cool Houses That You Can’t Get Out of Your Head 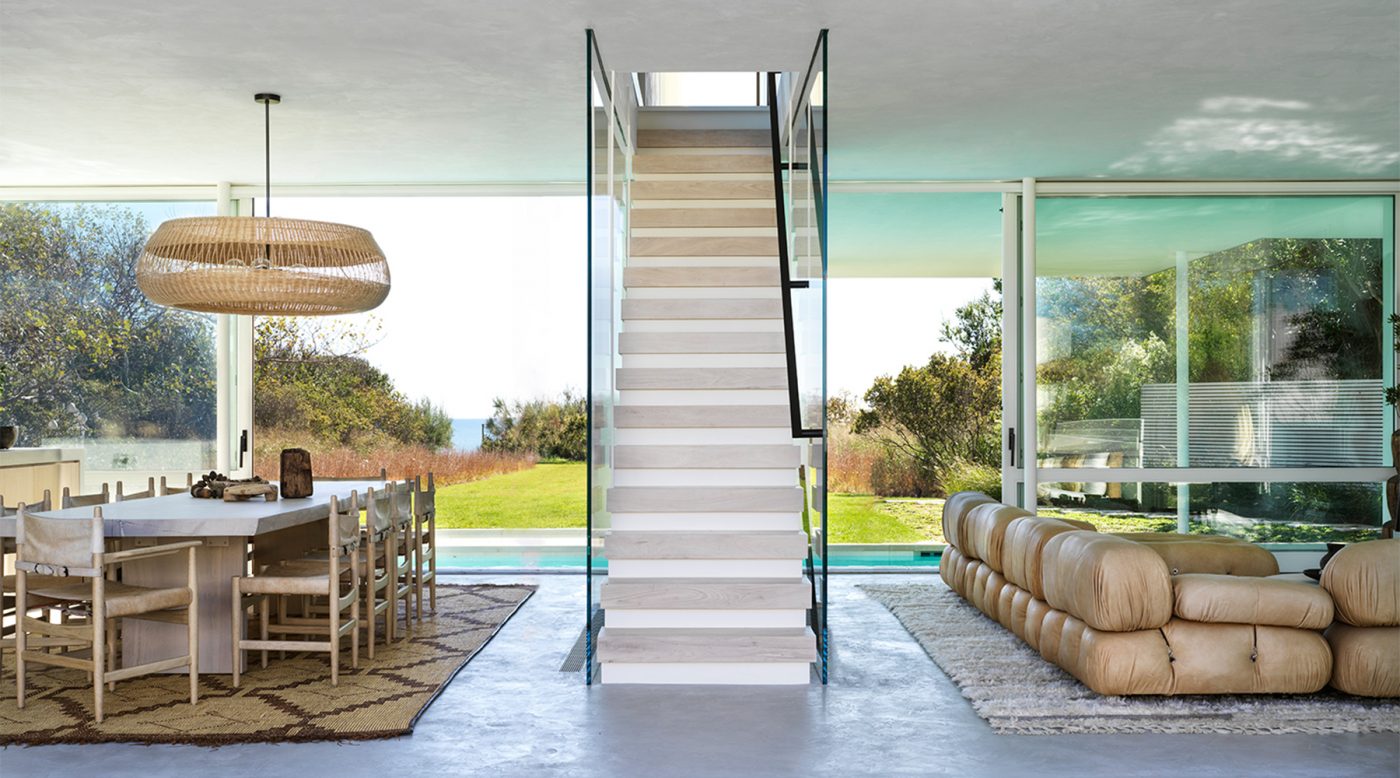 October 3, 2021Vanessa Alexander’s initial meetings with clients are like talk therapy sessions — and very pleasant ones, too. “I pride myself on what I bring on a design level but also as a trusted adviser, counselor and friend on a long and very personal journey. It’s my nature,” says Alexander, who launched her eponymous Los Angeles–based design firm 10 years ago. Her luxuriously laid-back homes for entertainment industry figures and fitness entrepreneurs, as well as hospitality commissions like the seven far-flung locations of farm-to-table eatery Malibu Farm, have taken her design business from 0 to approximately 100 in just a decade.

A great deal of conversation precedes Alexander’s first pass at a conceptual design, whether it’s for a ground-up project, a major remodel or just new furniture and fixtures. “I try to get a sense of what people’s lives look like and what they want them to become,” she says. “Maybe they have little kids. Maybe they have a big social media presence and do a lot of entertaining. I ask them what was missing in their previous homes, and — it sounds hokey, but — what their dreams are. A house that’s pretty but doesn’t live well is not well-designed.”

How that approach plays out is beautifully exemplified by a waterfront property in Malibu that Alexander redesigned as a second home for a surfing family with two older teens.

The original Mediterranean-style house, with arched openings and a red tile roof, was on the small side, but there were outbuildings, including a pool house and a garage. “We talked about how their lives might change as the kids got older. Initially, we wondered if we should knock the whole thing down and build new,” Alexander recalls. But she and her clients soon realized that what was needed was not more square footage but independent space for the kids and privacy for the parents. So, she set about turning the property into something of a family compound.

“We decided to keep the existing house and make it the hub,” Alexander says, with communal space, a welcoming kitchen and the primary bedroom and bath. To accomplish this, she opened up and whitewashed cramped rooms. Then, she filled them with her signature mix of custom and vintage furnishings, including a striking Osvaldo Borsani lounge chair from the 1950s, as well as nubby textiles and large-scale contemporary art.

In the existing pool house, she devised an airy living space for the daughter, converting the garage to a cool pad for the son, a musician.

To unify the compound’s various elements into a cozy whole, Alexander used reclaimed scaffolding to construct an interconnected system of decks and pathways — including a spectacular platform overlooking Malibu’s famous surf break, where the family often gathers.

Clear across the country, Alexander helped reimagine a contemporary house — all right angles and floor-to-ceiling glass — set in the dunes of Montauk, on the far East End of New York’s Long Island. Here, the designer achieved her clients’ aim of warming up the somewhat sterile architecture by deploying what she calls “super-groovy, edgy and chic” furnishings for a fun feel that’s a marked departure from her clients’ buttoned-up city lifestyle.

She introduced the language of vintage through pieces like an iconic Mario Bellini Camaleonda sofa from the 1970s and woven armchairs by Charlotte Perriand, and she emphasized items made of natural materials, such as a live-edge white-oak dining table of her own design, which sits beneath a yard-wide woven-wicker pendant lamp.

Accessorized with Moroccan rugs, ancient artifacts and contemporary art, the decor represents “a new vibe for them,” says Alexander, “more Bohemian but still luxurious, contemporary and adult.” This despite the fact that her clients’ children and their friends are often running in and out. That’s a familiar situation for Alexander, who has managed to raise her own three sons, now 12, 16 and 19, without sacrificing style for practicality.

Alexander’s own home, in a peaceful canyon known for its horse trails, is the third Malibu property she and her equally design-obsessed husband, Steve Alexander, a talent agent, have renovated over the years.

They bought it in 2017 and recently completed a full-on remodel of the cathedral-ceilinged 1960s structure. It now has the look of a single-gabled European farmhouse, with cladding of blackened cedar. The interior conforms to an aesthetic that runs through all Alexander’s projects — a serene neutral palette juxtaposed with a dynamic variety of shapes and materials, from metal to suede to rattan.

There are new walnut ceiling beams; hand-plastered walls; comfy vintage furnishings, such as Marco Zanuso Regent armchairs from the 1960s; and a show-stopping kitchen featuring an Alexander-designed chandelier of aged brass rods set under a long slotted skylight. “The house reflects where I am in my life right now,” she says. “I wanted sophisticated but relaxed.”

One would think from Alexander’s evident taste and talent that interior design had always been her calling. In fact, she studied philosophy, sociology and film at UC Berkeley, then segued into a Hollywood career managing actors, writers and directors.

Growing up, though, she had been heavily exposed to design and the decorative arts. “My mom had an antiques store on Main Street in Santa Monica,” Alexander recalls, “and we would go on buying trips” to Japan, among other places.

Even more formative were two idyllic years she spent between the ages of 14 and 16 sailing the world on a yacht with her parents, after her four much-older siblings left to pursue their adult lives.

She rattles off the itinerary like a well-remembered dream: Portugal, Spain, France, Italy, Greece, Turkey, North Africa, the Canary Islands, then across the Atlantic to Barbados and up through the Caribbean to Bermuda, finishing up with New York, Cape Cod and Maine.

“I saw art and architecture and experienced different cultures and ancient civilizations,” Alexander says. “I saw exquisite islands and amazing cities. But I was just as influenced by nature, the way you experience it on a boat, anchoring in some port with incredible rock formations and the bluest of skies.”

It was while working in talent management, juggling motherhood and renovating her own homes, that Alexander began receiving requests for her design services. They were mostly from colleagues in the entertainment industry who had seen her family’s meticulously curated home at Point Dume, a promontory on Malibu’s coast, or the flattering press it received.

“I had a very, very full-time job and wasn’t focused on designing for other people, but eventually, I thought I could create a life for myself with more flexibility,” she says. “Of course, I work harder now than I did even then.”

She dabbled at first. Then, 10 years ago, she launched Alexander Design “in earnest,” as she puts it. Today, she has 10 employees and a slew of commissions.

So far, most have been in the L.A. area — capacious beach houses as well as a Brentwood bachelor pad with the feel of Old Hollywood, a Venice loft with industrial character and a mid-century makeover in Laurel Canyon. Upcoming projects will take Alexander’s team to Santa Barbara; Jackson Hole, Wyoming; and Cabo San Lucas, on the southern tip of Mexico’s Baja peninsula, among other places. She says she’s looking forward to exploring regions “with different light and scenery and artisans.”

Whatever Alexander undertakes going forward, you can be sure it will not feel overdesigned.

“Oh, everything is designed, even the placement of a bowl on a counter, but I don’t want it to feel that way,” she says. “I sweat the small stuff, but I want it to seem effortless, not precious. You don’t want to be trapped by design. You just want to live in it.” 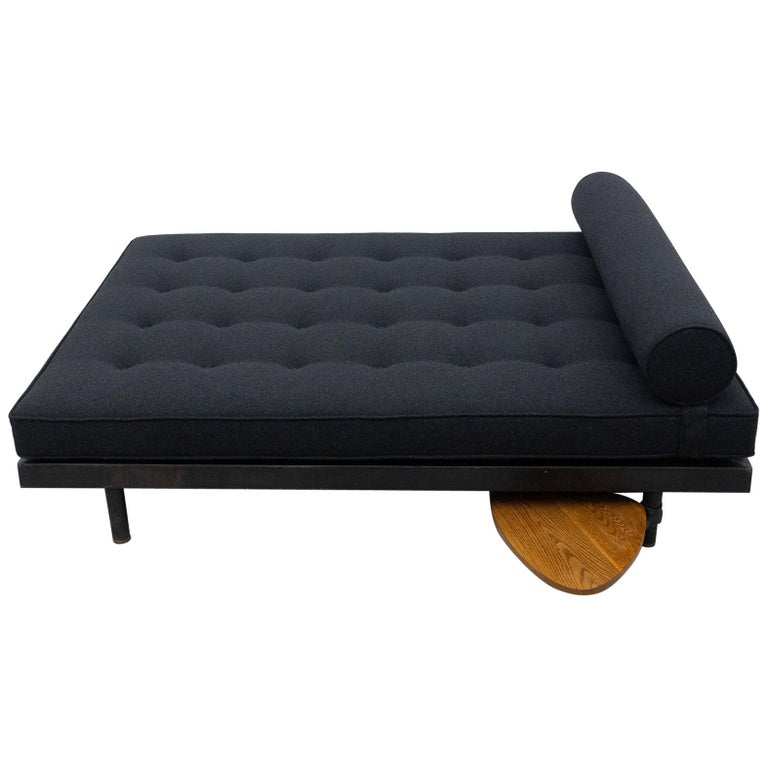 “This iconic Prouvé daybed is genius in its simplicity, dynamism and versatility. I adore this oversize version in black linen on a black frame.” 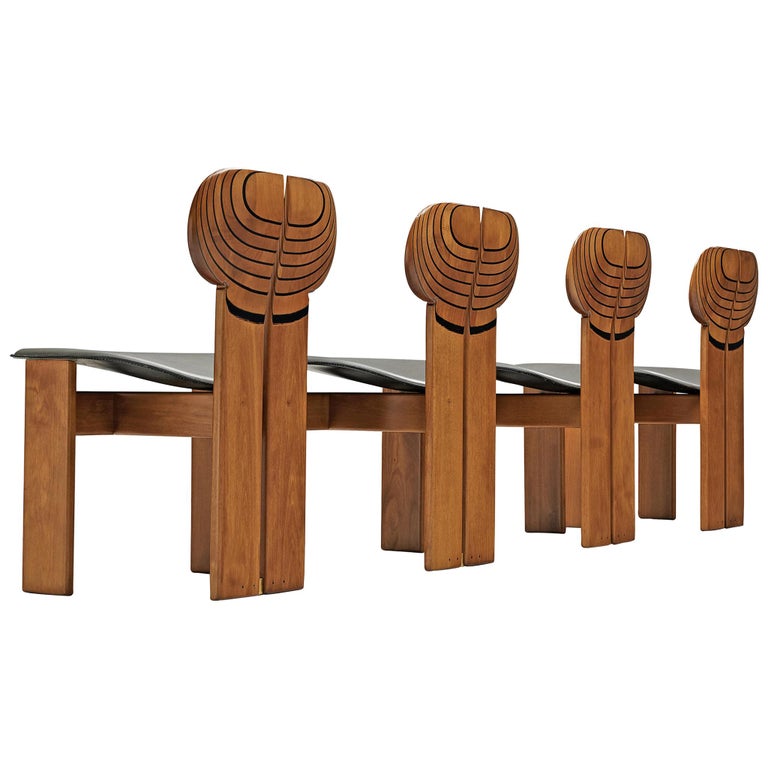 “From their distinctive shape to the forward-thinking mix of walnut, burl, leather and brass, these dining chairs are as cutting-edge today as they were in the nineteen seventies.” 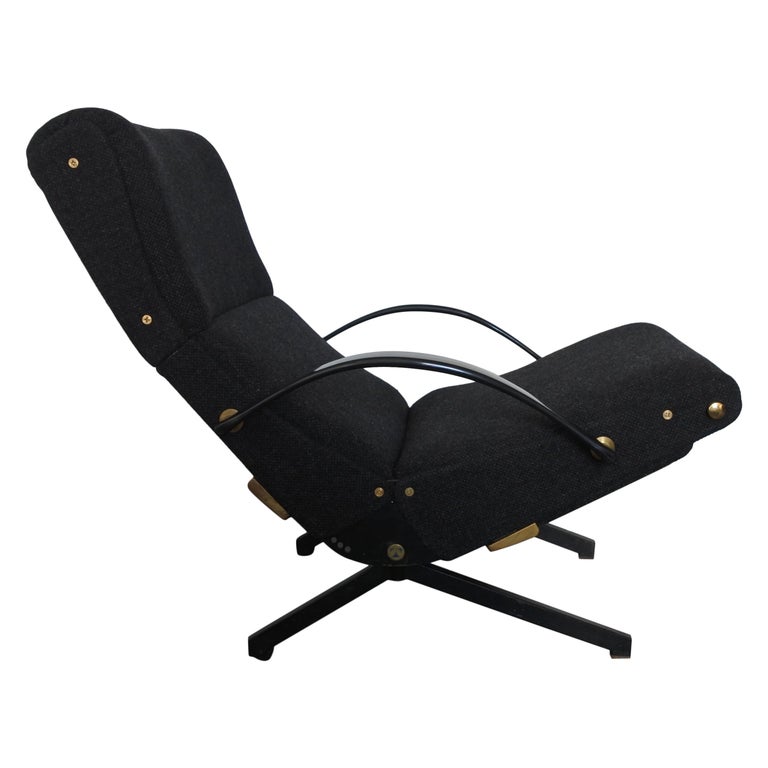 “Borsani’s P40 lounge, an adjustable reclining chair with built-in footrest, is flexible and multipurpose, as well as being a beloved symbol of the golden age of Italian modernism.” 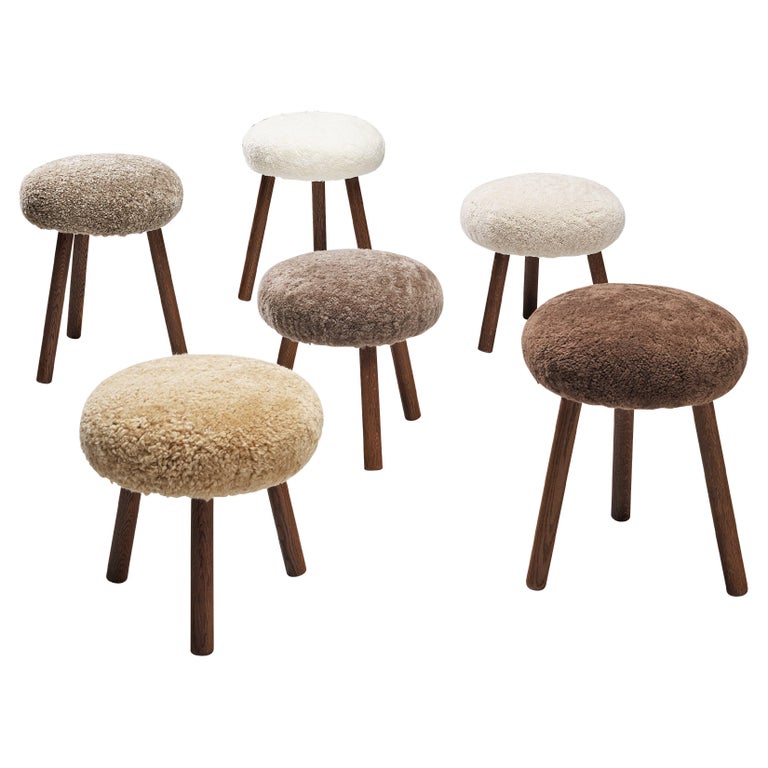 “The shearling upholstery on these timeless Swiss tripod stools complements and softens the lines of the wood. As a trend, shearling is still hot, and I like the edited way it is used here.” 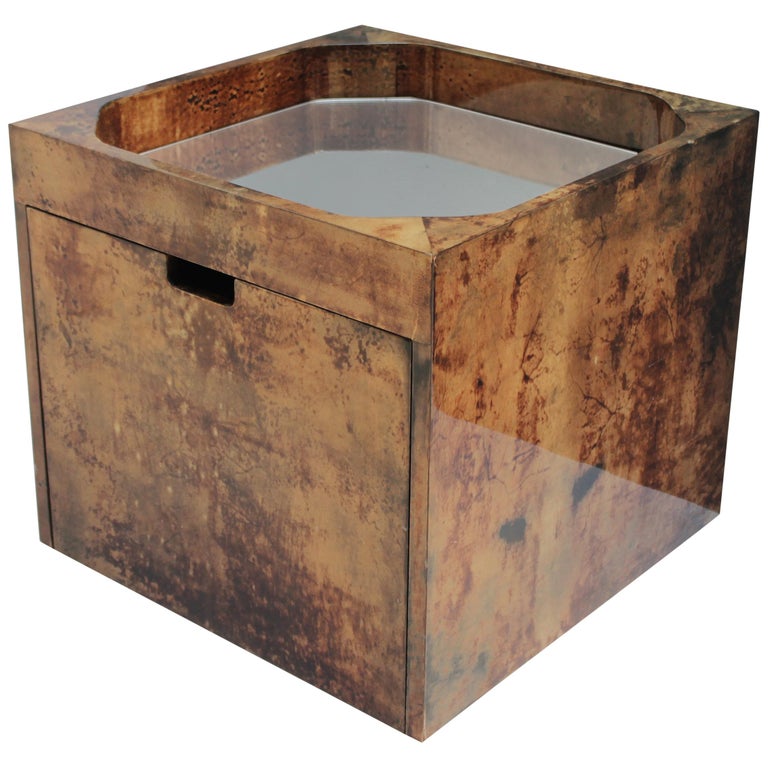 “This meticulously handcrafted dry bar exhibits Tura’s devotion to such luxe surfaces as lacquered goatskin. It’s a beautiful side table as well as a fun conversation piece.” 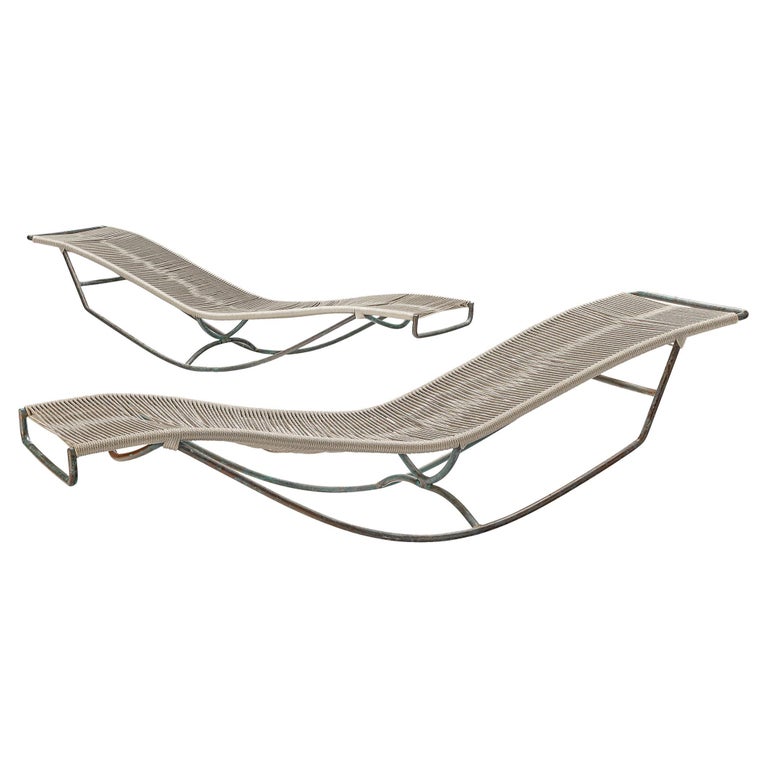 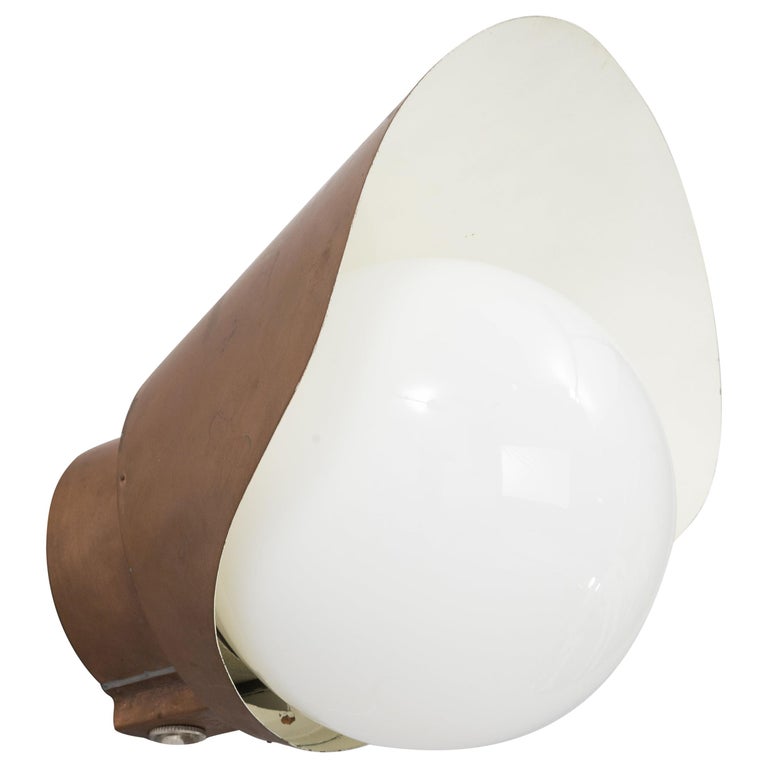 “Tynell’s sculptural fixtures allow me to play with shadow, illuminating a room in a unique way. This particular piece is like art on the wall.” 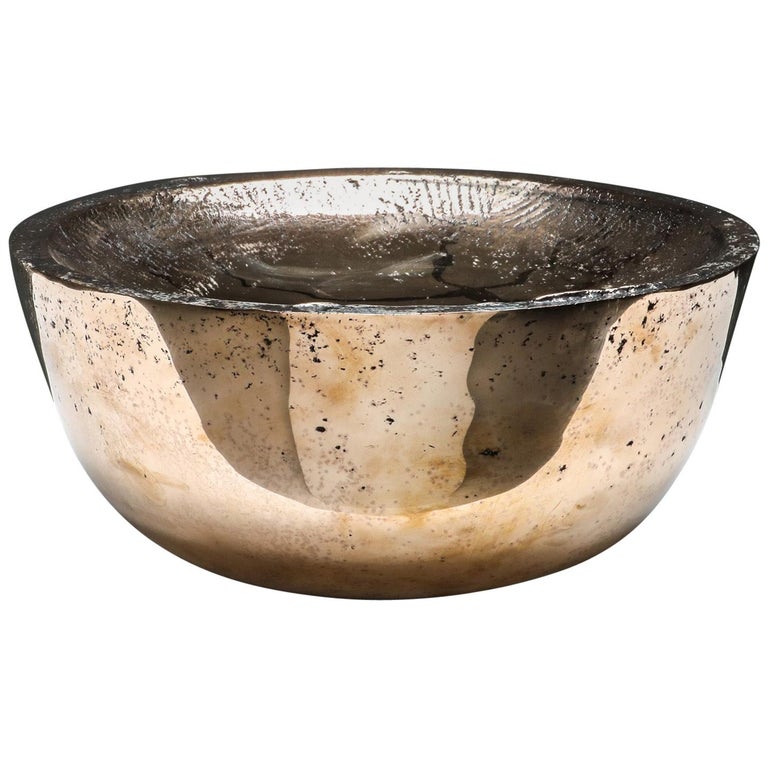 “Uniquely cast in pink bronze, this is a stunning work, with striking texture against the smooth metallic form. Declercq is an unbelievable contemporary talent from Belgium. We also love his wood bowls, stools and other furnishings.”