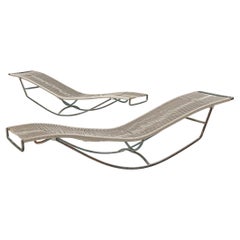 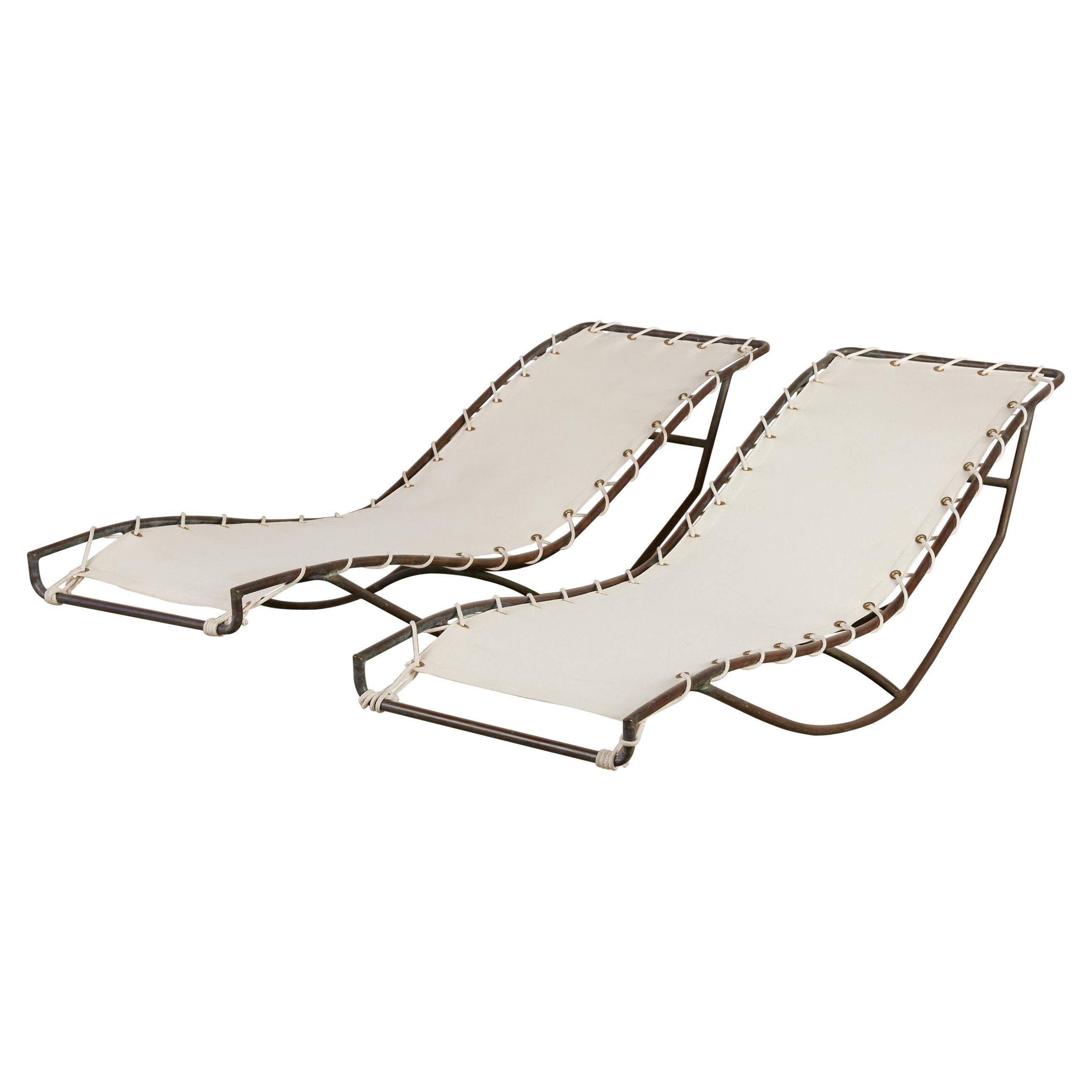 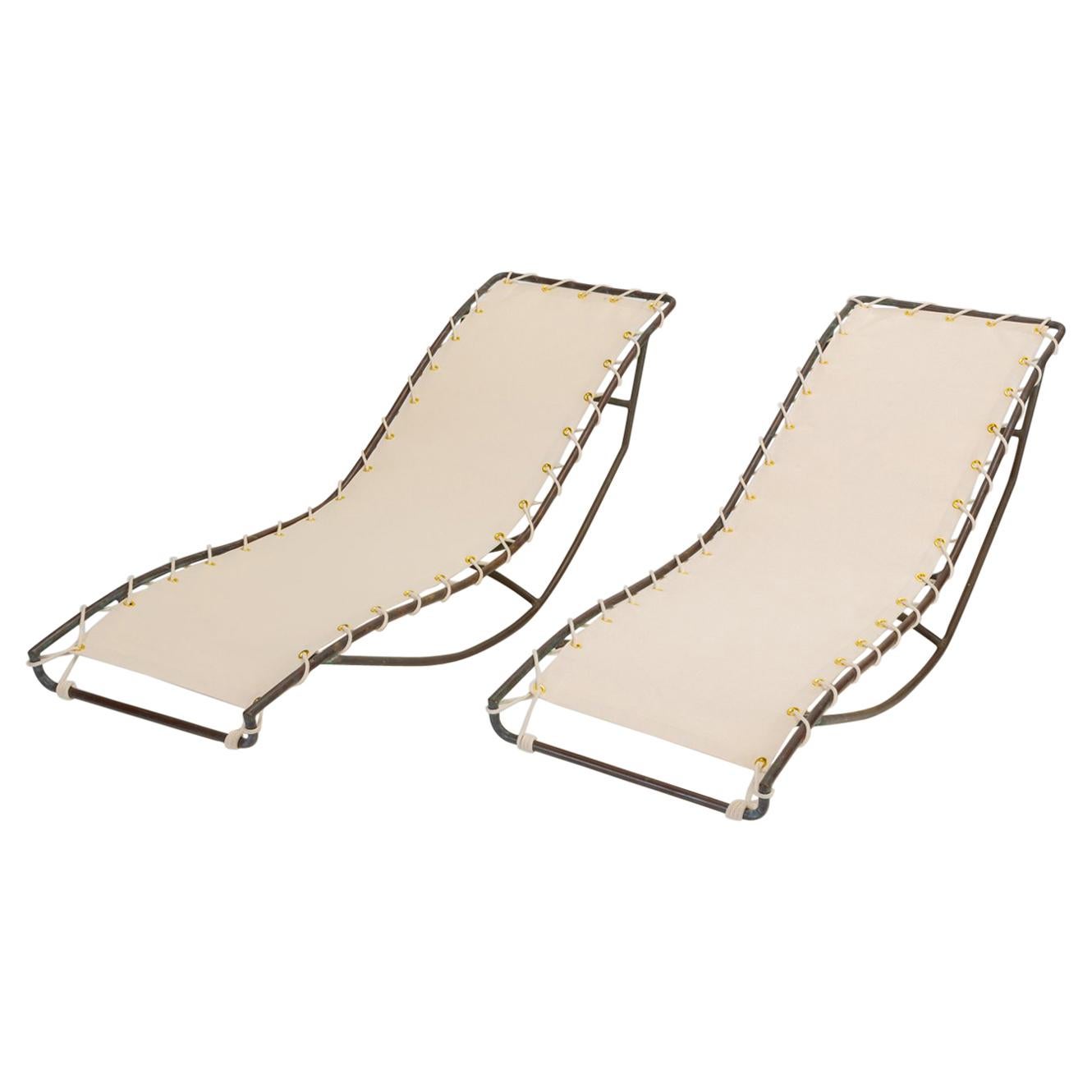 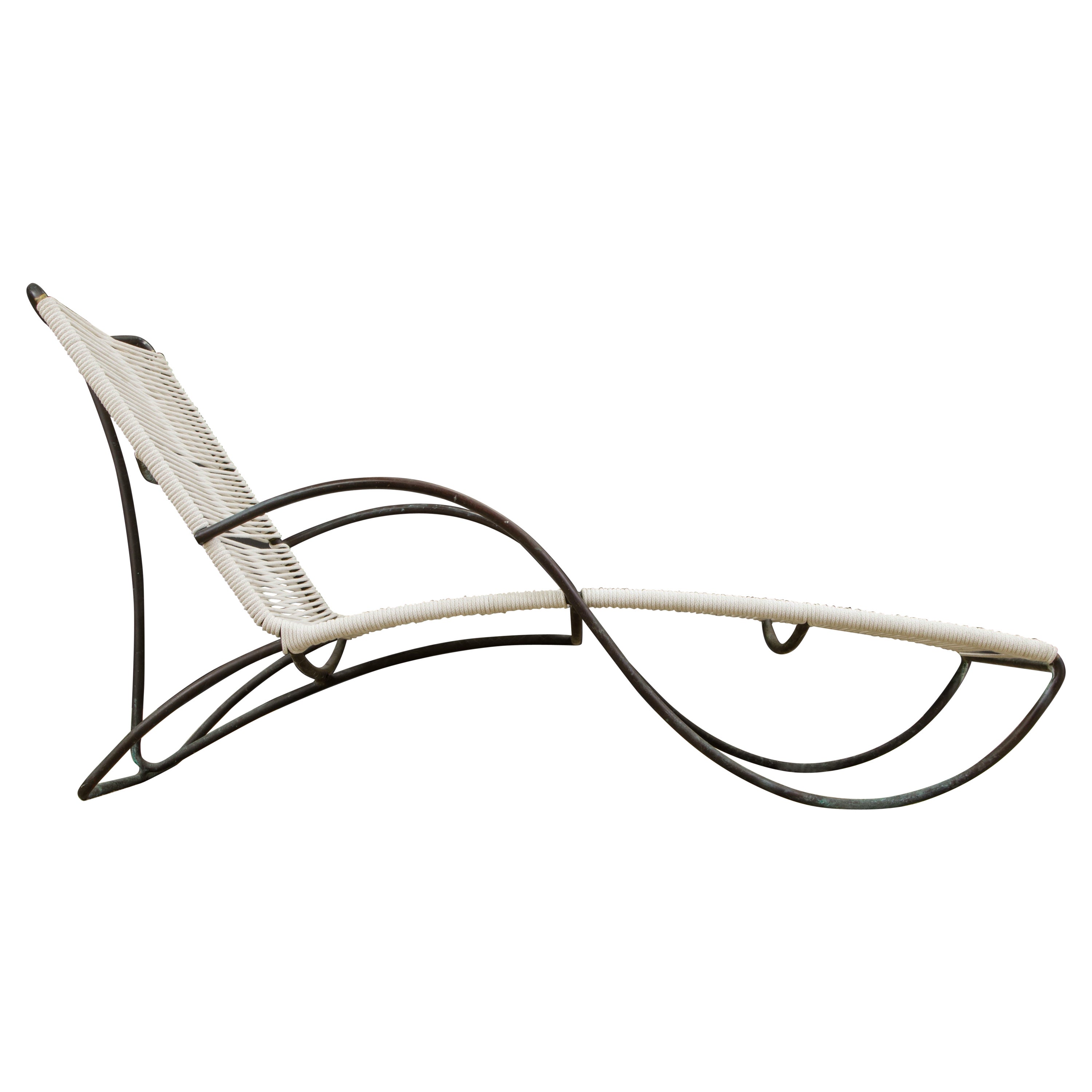 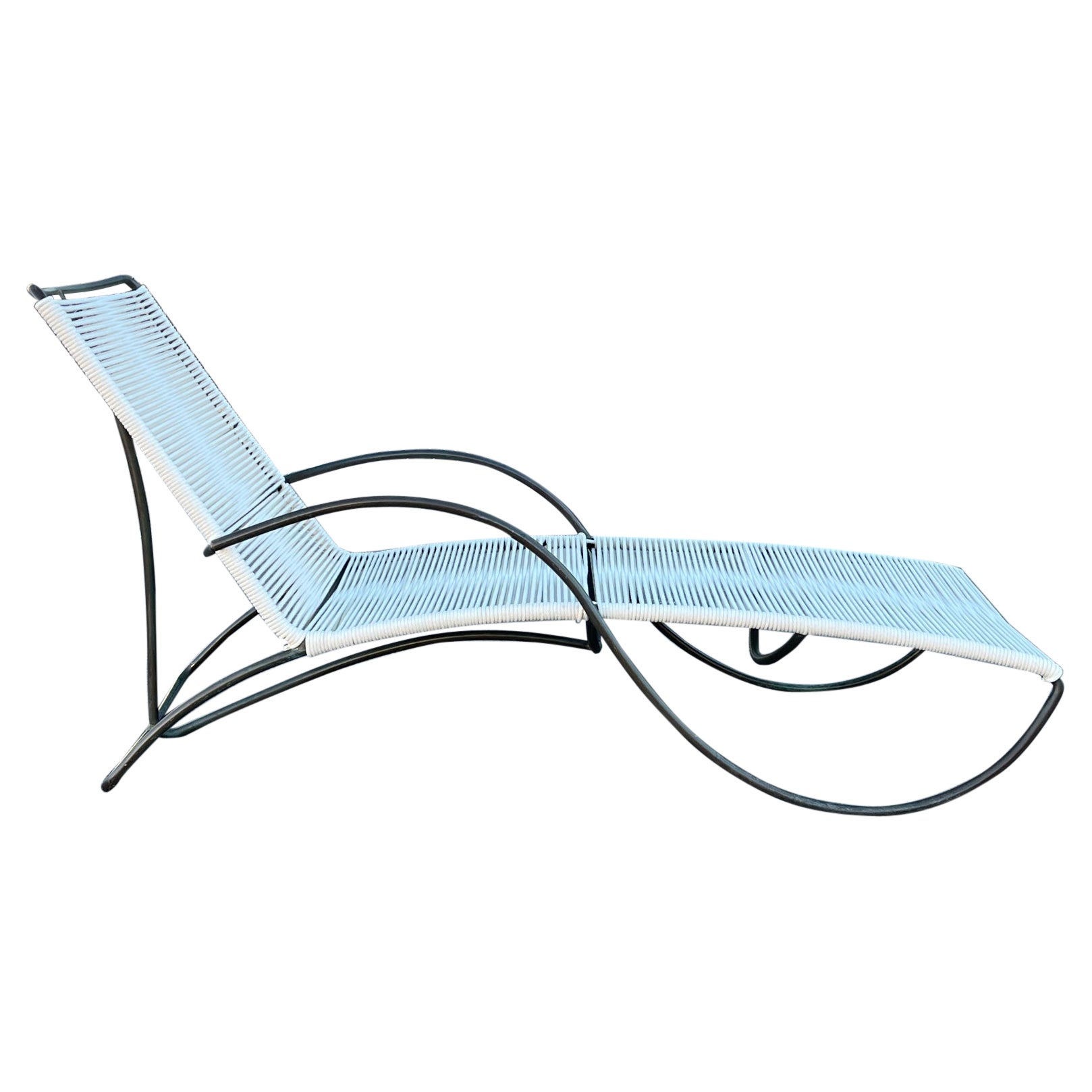 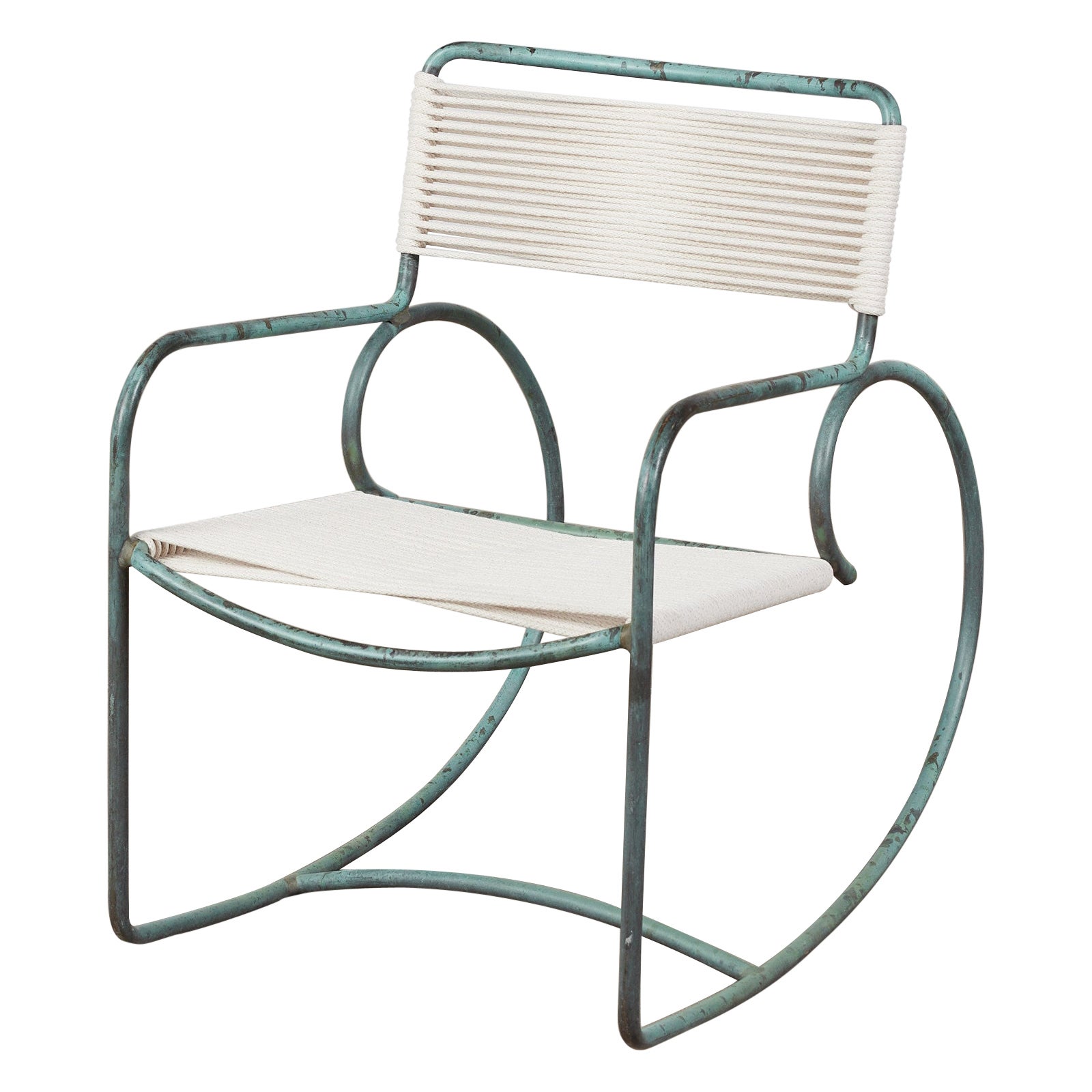 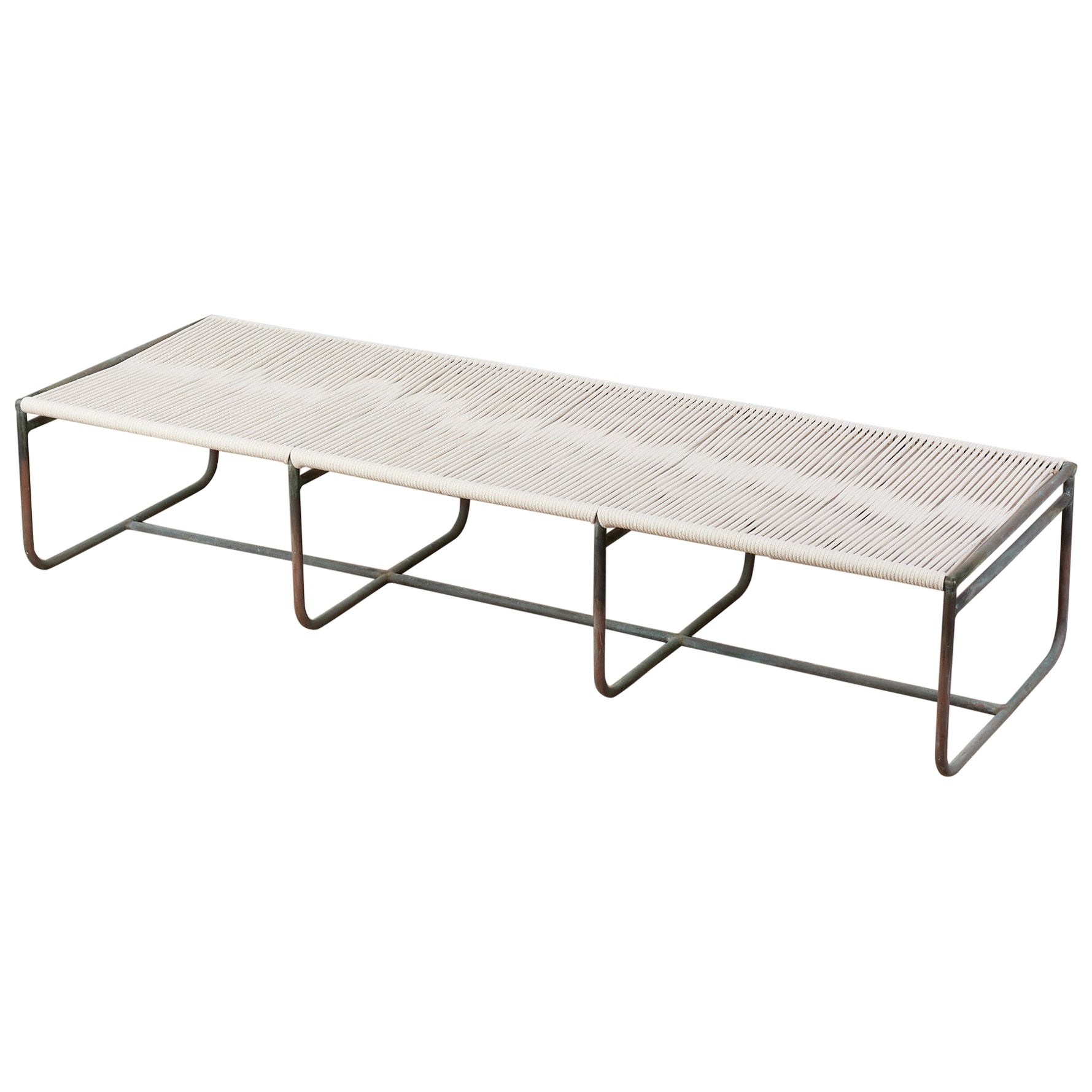 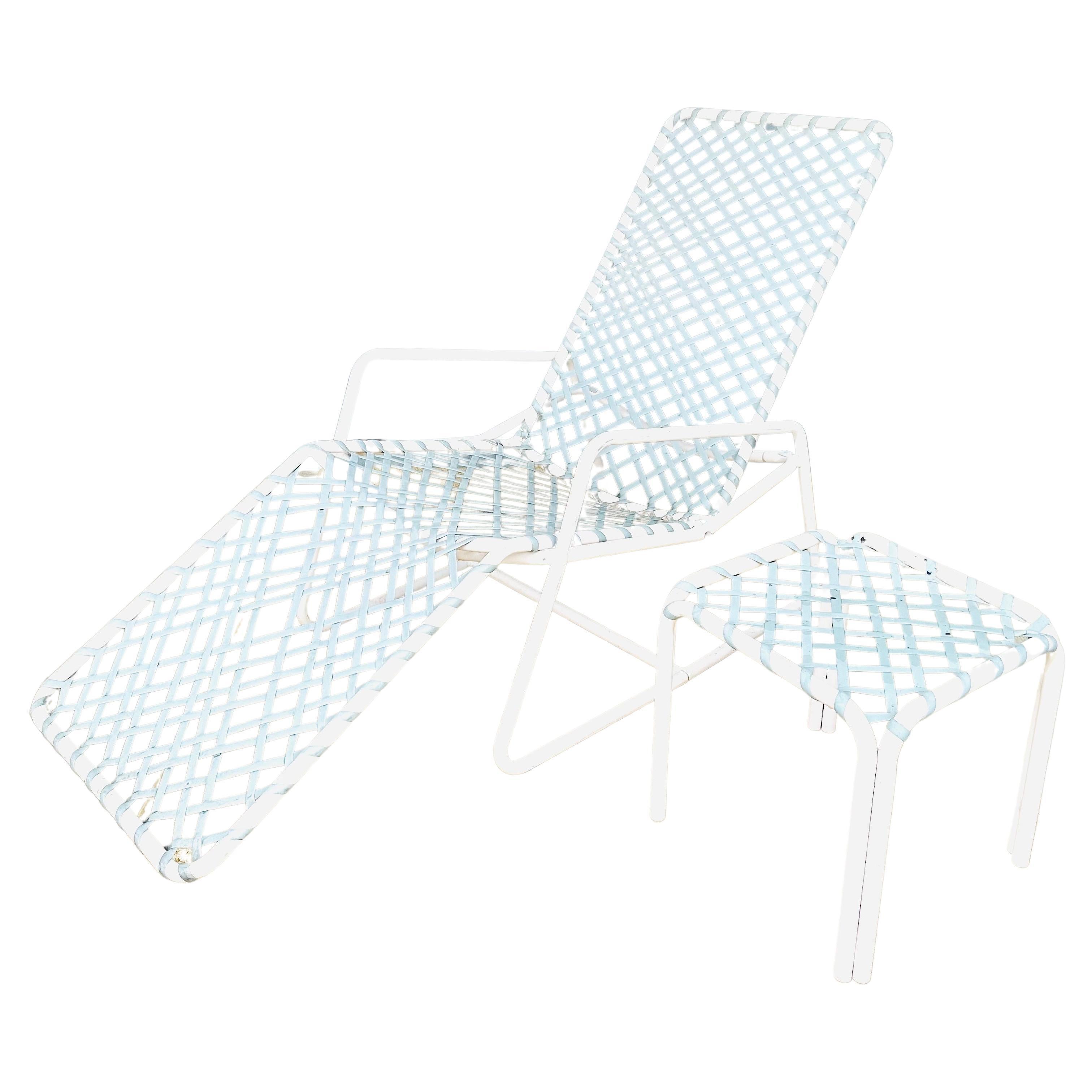 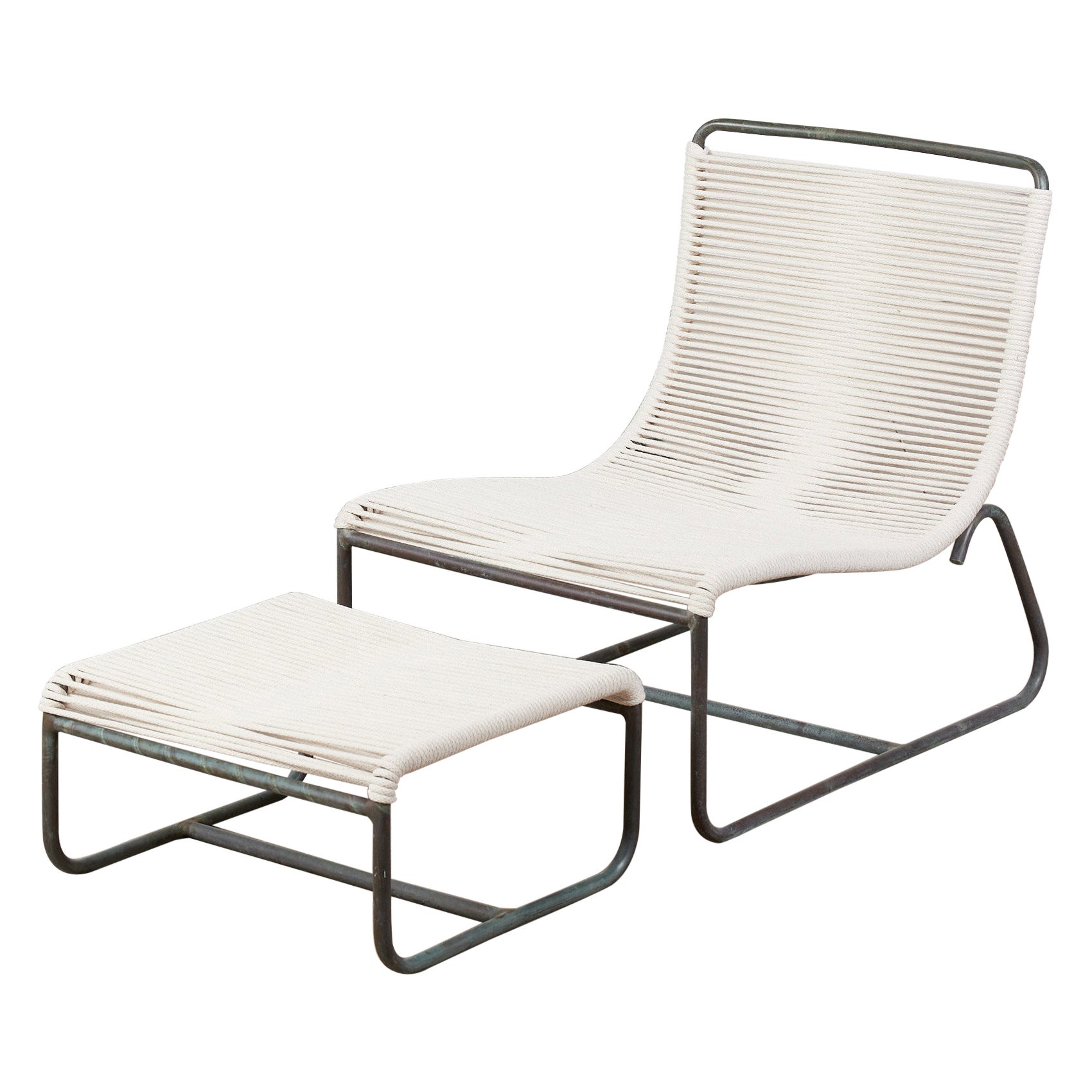 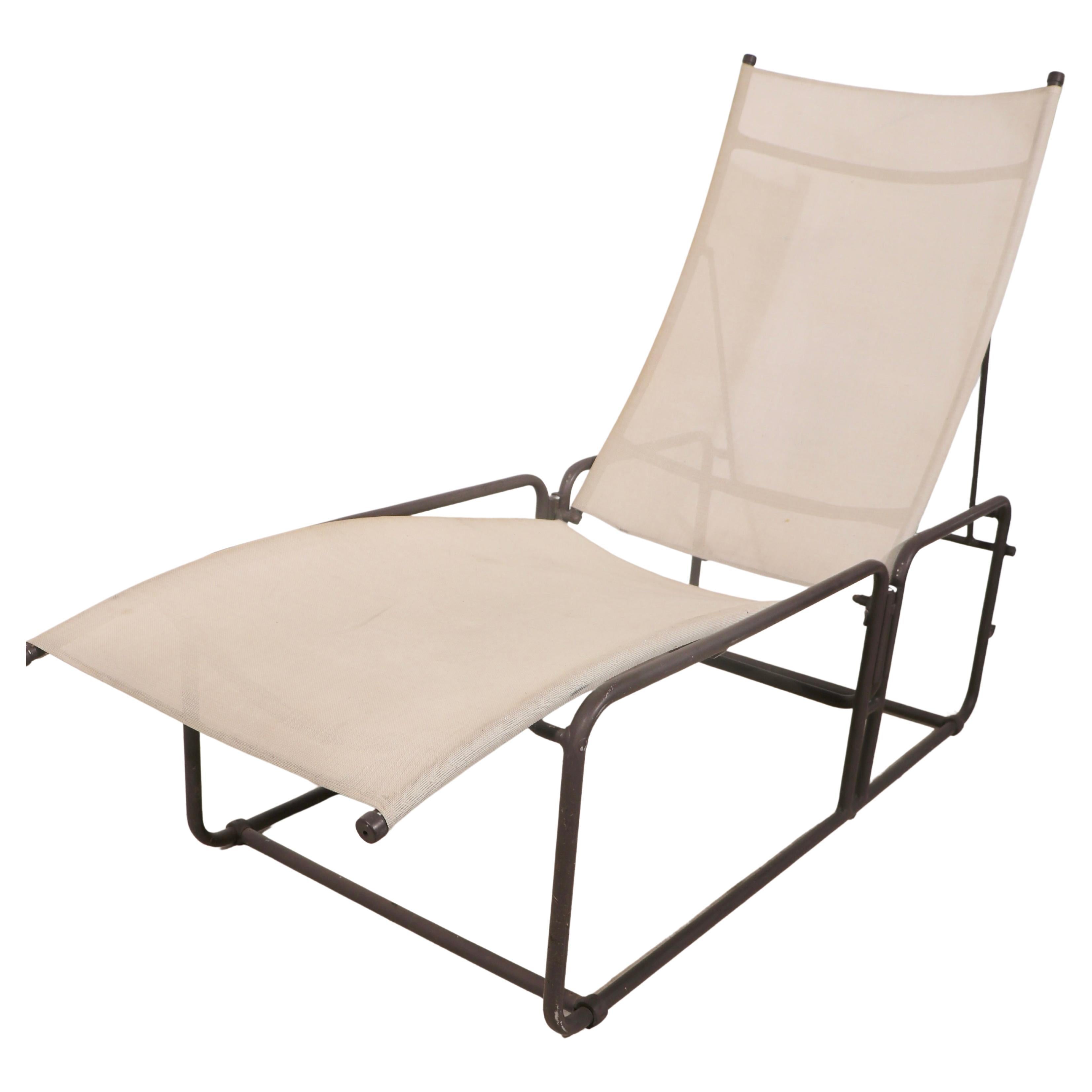 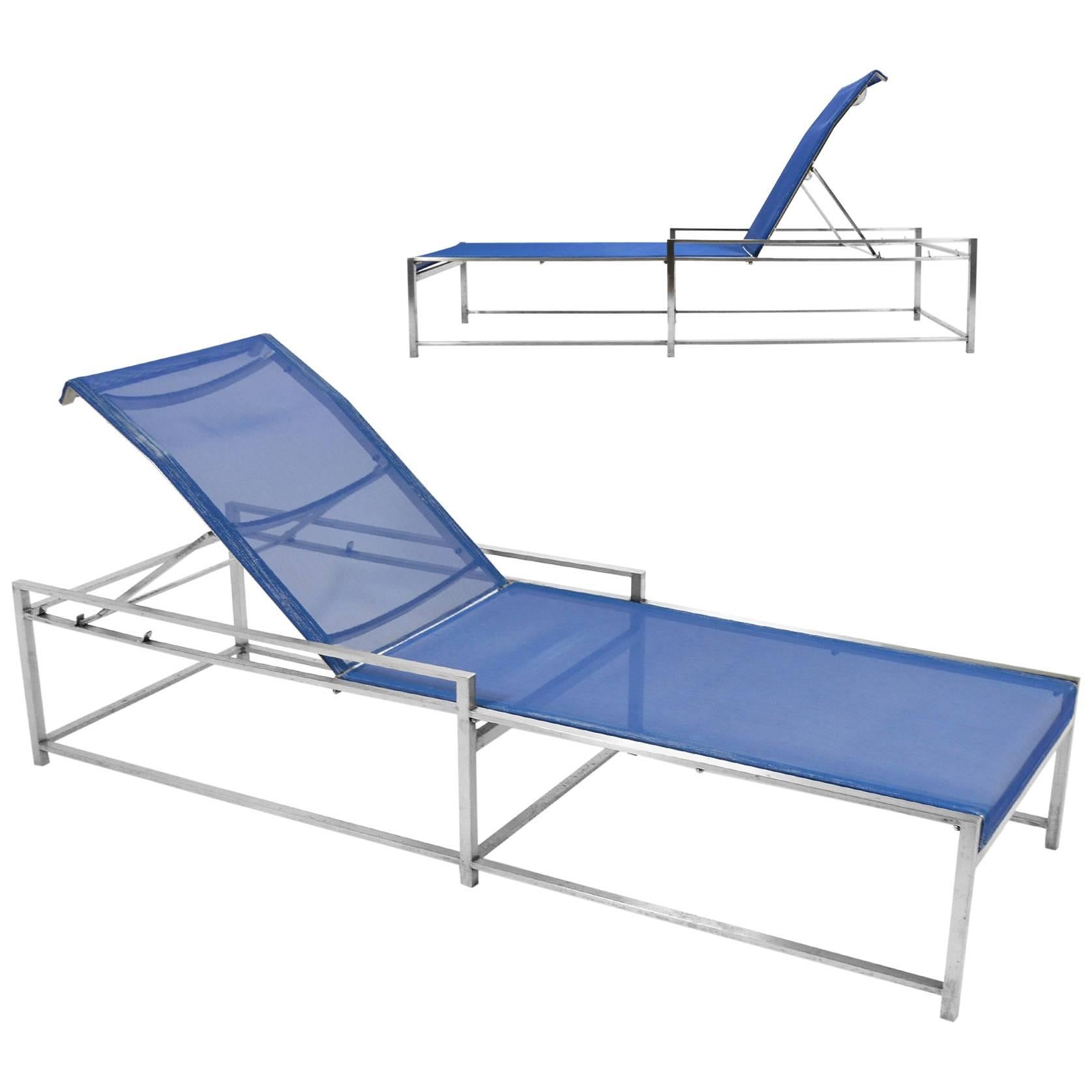 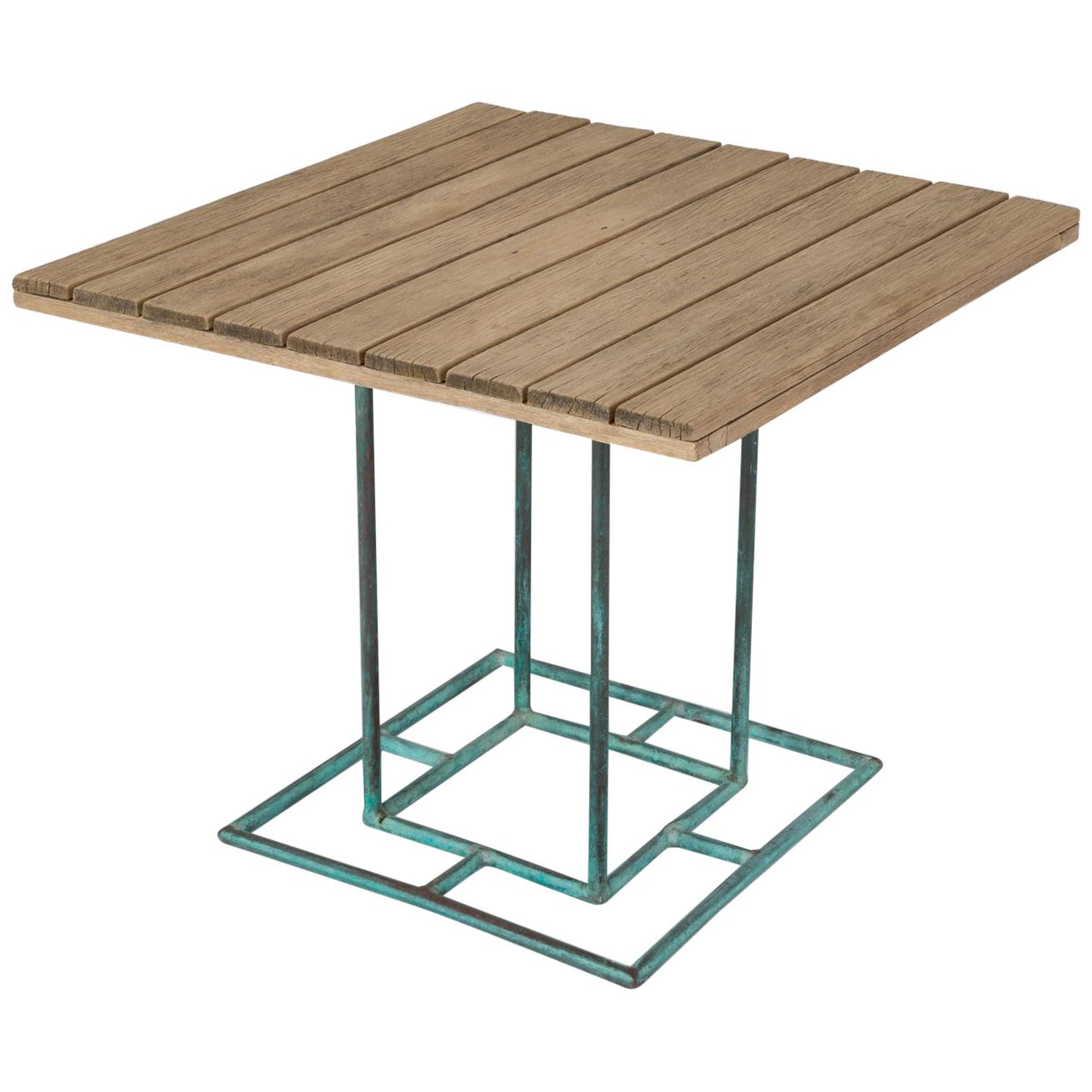 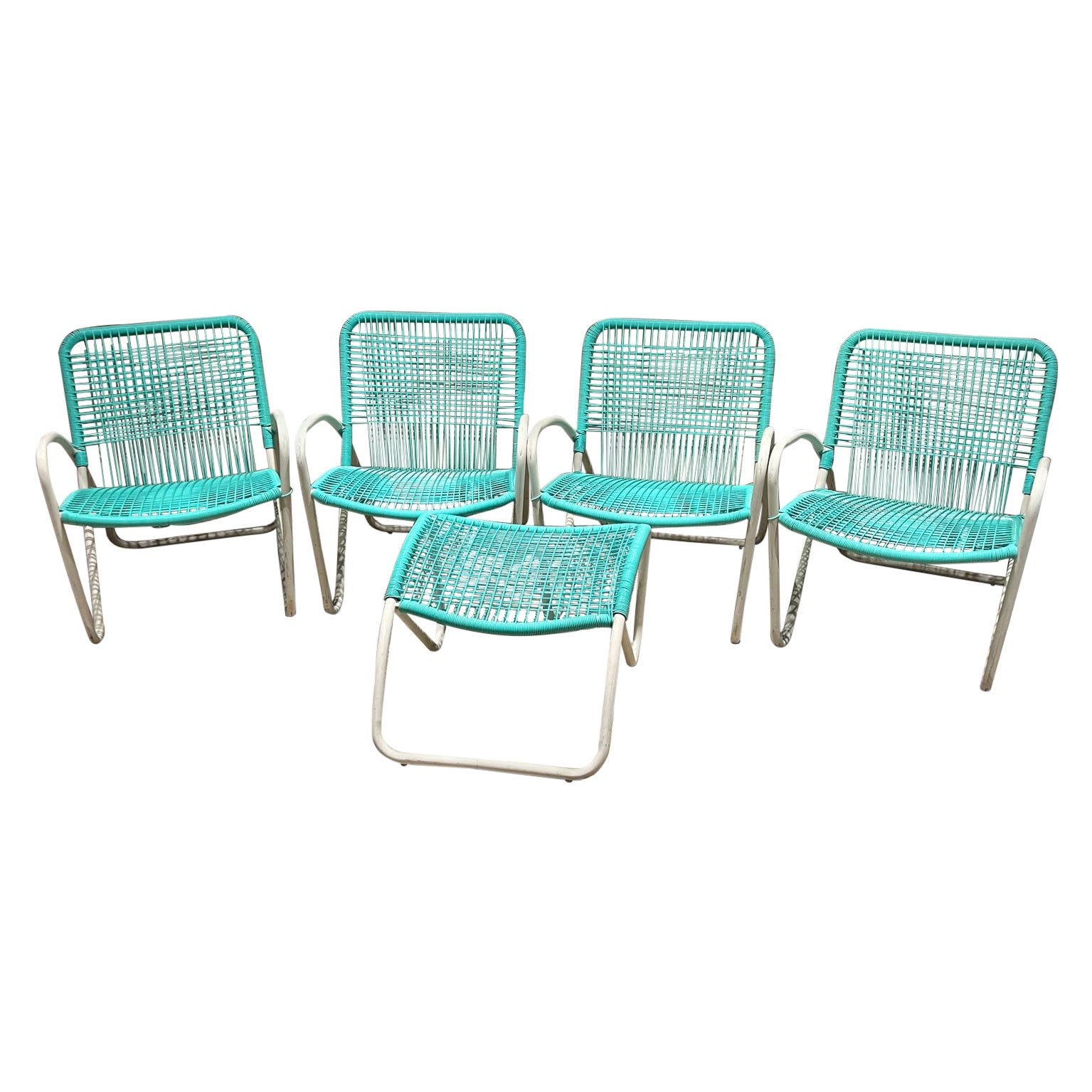 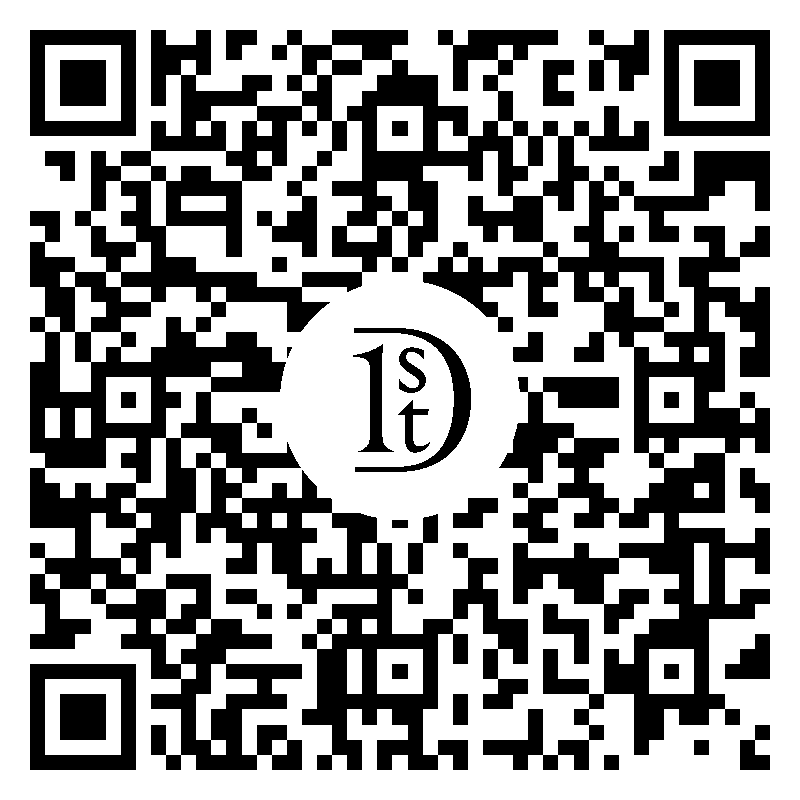 Walter Lamb for Brown Jordan, 'Waikiki' chaise lounge C-4720, bronze, cord, United States, 1950s The chaise lounge model C-4720 by Walter Lamb is nicknamed 'Waikiki' after the district of Honolulu, Hawaii. Lamb designed the chaise lounge as a rocking chair which stands on a rounded leg that allows the movement. Like his other outdoor designs also this model shows a well-balanced metal frame with a cord seat. The textile creates an airy seat that adjusts to the user.  Walter Lamb (1901-1980) lived in Hawaii in the 1940s where he experienced the consequences the attack of Pearl Harbor has caused. Lamb took salvaged metals and reused them to design his outdoor furniture, as an “inventive recycler” as Elle Decoration called it in an article in 2017. He reused bronze, copper and metal that were left behind from the military and sculpted the frames of his pieces with cord as the seating material. Lamb’s designs are characterized by lightness and liquidity and materials that get admirable patina over time. The successful collaboration between lamb and brown Jordan started in the 1950s. 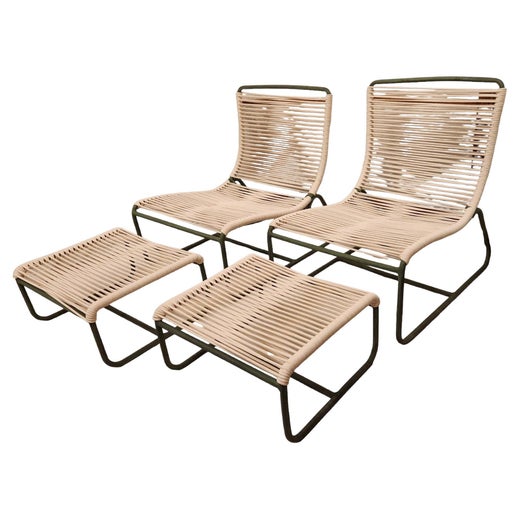 Forward-looking architect Walter Lamb is best known for his revolutionary and widely loved patio furniture — he salvaged metal tubing from sunken ships in Pearl Harbor in the 1940s to create alluring chaise longues and other pieces for the backyard. His vintage furniture designs have been adorning patios worldwide for almost a century.

Trained as an architect at the University of California Berkeley campus, Lamb found himself in Hawaii during the 1940s. This period was a time of growth for furniture designers and manufacturers, as veterans were returning to the United States, getting married and starting families. These folks needed practical furniture for their new homes, and as the movement we now call mid-century modern took shape, imaginative architects and furniture makers would fill that need. Lamb was one such innovator.

Lamb worked the shaped tubing and fittings he’d gathered from battleship wreckage into proper frames and wrapped the structures in marine-grade cotton cording to create comfortable, element-proof outdoor furniture. Today his patio furniture has an esteemed place in the history of design. In fact, furniture enthusiasts are eager to restore and collect his iconic aged furniture rather than purchase reproductions.

Postwar California would become reputable as a manufacturing center for versatile furniture intended for both indoor and outdoor spaces. Seating, tables and other items — often made with rattan — produced by the likes of McGuire and Brown Jordan became a defining feature of organic modern living, a style that still characterizes many California interiors and influences innumerable design firms. Pasadena’s then-new Brown Jordan picked up Lamb’s designs, which eventually included dining tables, side tables and coffee and cocktail tables. And along with these furnishings, Lamb's sculptural vintage seating — his curvaceous lounge chairs and armchairs with cotton cord seats — while perfect for your fire pit, shouldn’t be relegated to outdoors-only settings.

Lamb received much acclaim for his work. The Museum of Modern Art in New York recognized his 1940s-era outdoor furniture for Brown Jordan with a design award.

Pioneers of furniture designed especially for the outdoors, Brown Jordan channeled — in tables, lounge chairs and armchairs — the carefree postwar California spirit and helped create a new space in American life: the patio.

The outdoor furniture brand began to take shape in 1945, when Robert Brown, an industrial designer, and Hubert Jordan met in Pasadena, California, and began collaborating on their first design, a traditional wrought-iron breakfast set they called Morning Glory. They offered it for sale via the upscale department store Bullock’s Wilshire. The store ran an ad about the new outdoor set, and, by the end of the day, it had sold out completely.

A few years later, in 1948, the duo followed up with a new, very different design: the Leisure collection, one of the first to combine aluminum with vinyl “lace.” The materials were newly available after the war and offered a mid-century silhouette that was also lightweight and specifically designed for outdoor use. Some of Brown Jordan’s most singular pieces arose from another postwar material: Copper piping salvaged from ships that had sunk at Pearl Harbor was used to create sculptural, curvilinear outdoor furnishings as part of the Walter Lamb Bronze collection, which was first launched in the 1940s.

The Tamiami collection, by Brown Jordan in-house designer Hall Bradley, followed in the 1950s, with streamlined aluminum frames and vinyl seats and backs woven in a diagonal pattern. The line quickly became popular not only in California but across the country and on the East Coast, prompting an expansion from the original two colorways to a wider assortment of of-the-moment hues.

Brown Jordan’s offerings gained recognition as both innovations and symbols of a new kind of leisure. Tadao Inouye’s Kantan lounge chair, launched in 1956, was chosen by the Department of Commerce to be exhibited at the 1959 Industrial World’s Fair in Tokyo. In 1968, it was featured in the Cooper Hewitt’s “Please Be Seated” exhibit.

Recognized Seller
These prestigious sellers are industry leaders and represent the highest echelon for item quality and design.
Diamond Seller
These expertly vetted sellers are 1stDibs' most experienced sellers and are rated highest by our customers.
Established in 2006
1stDibs seller since 2012
4,426 sales on 1stDibs
Typical response time: 1 hour
Associations
20th Century Specialists
More From This SellerView All
People Also Browsed
You May Also Like 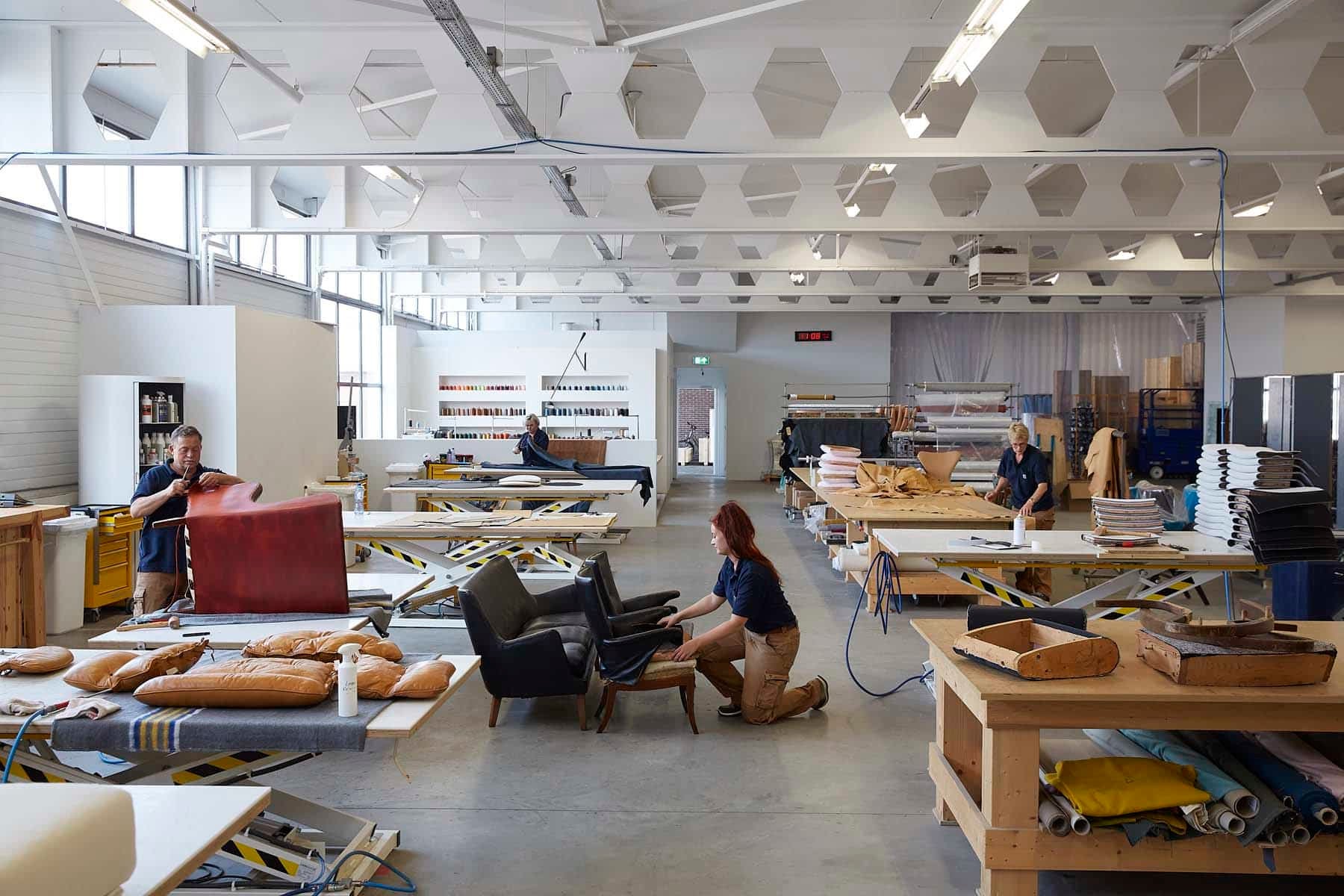 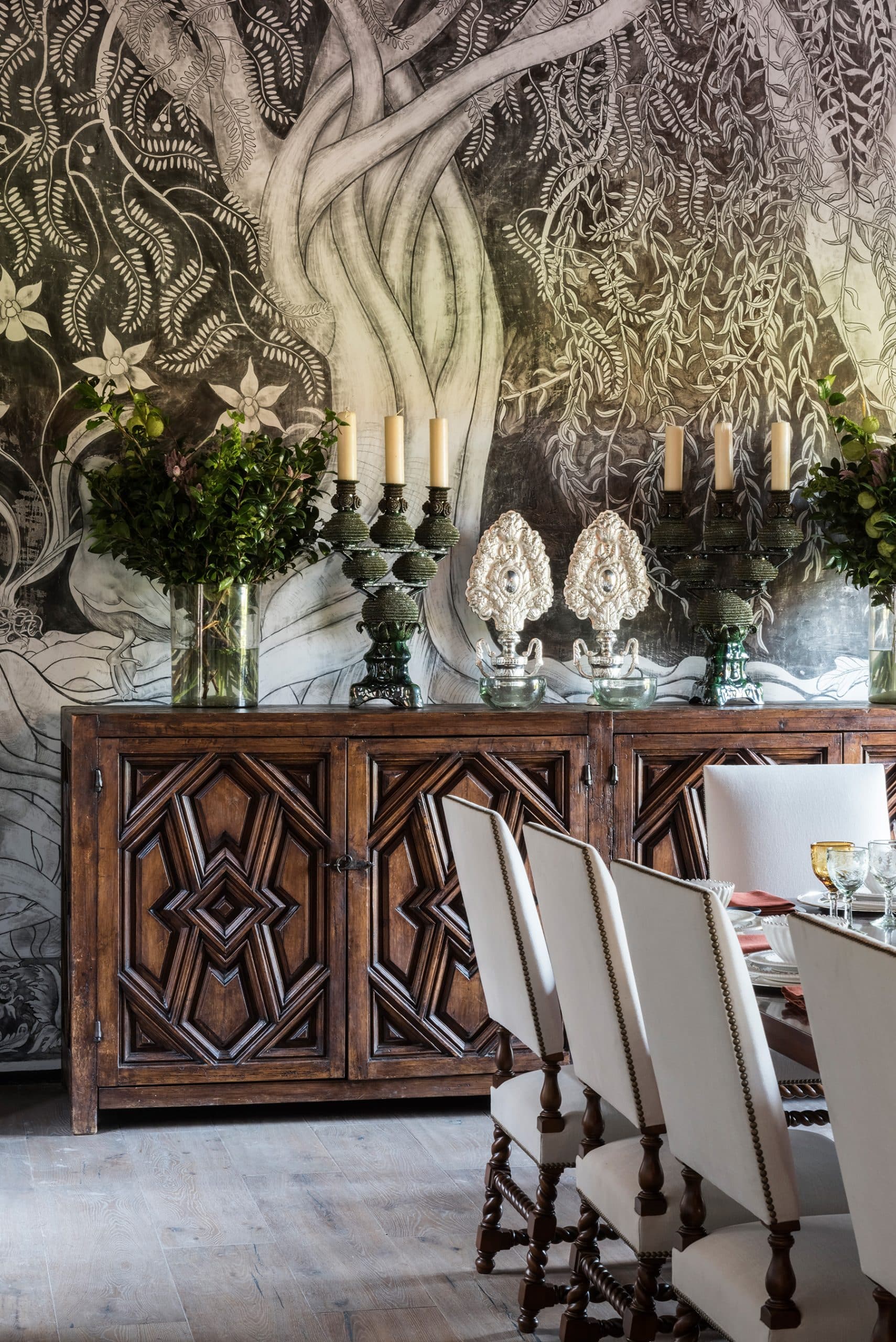