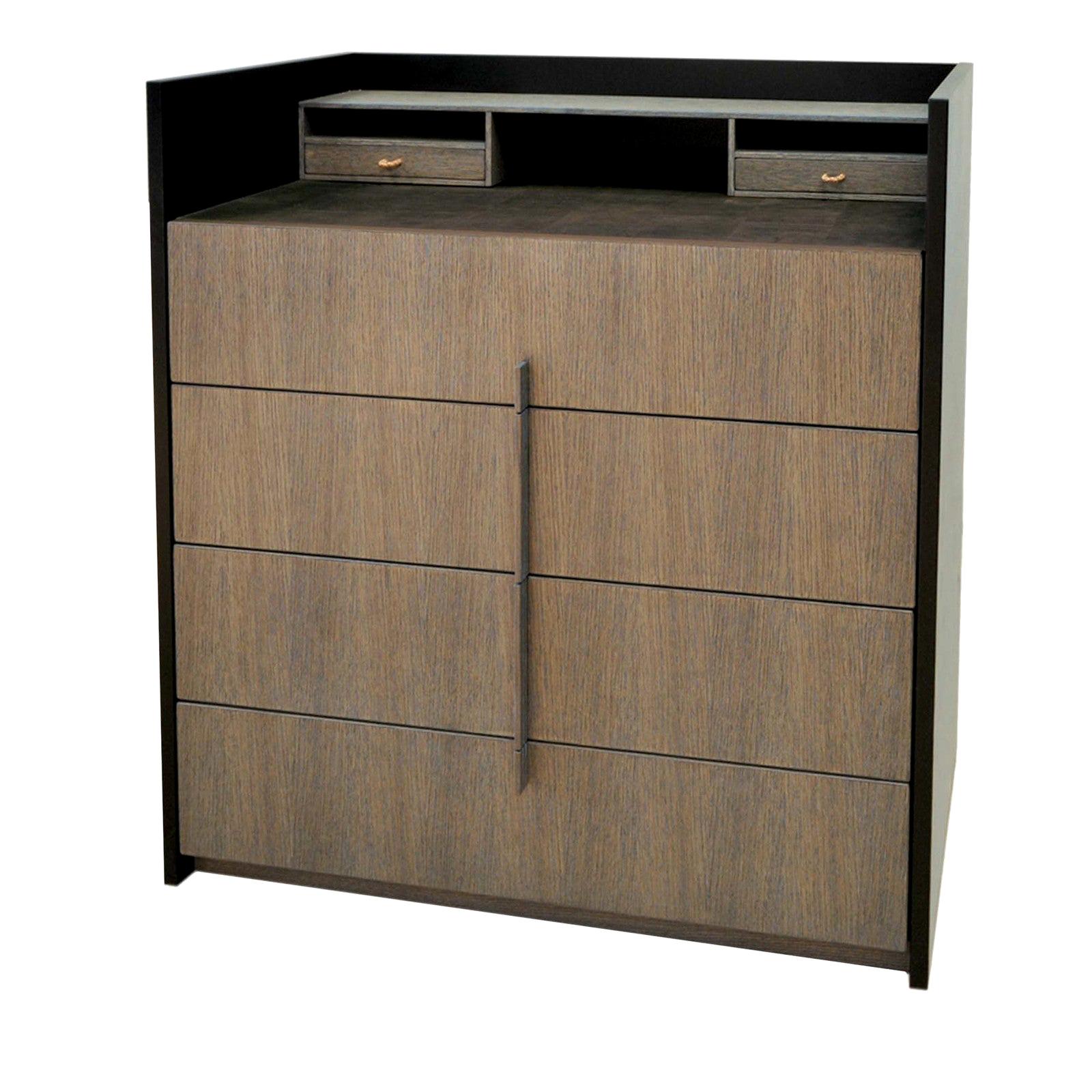 New And Custom Wardrobes and Armoires 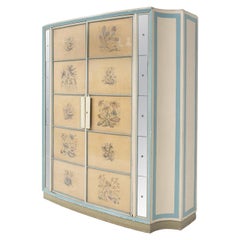 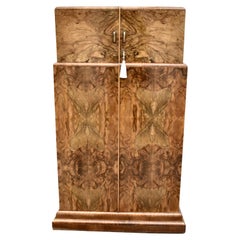 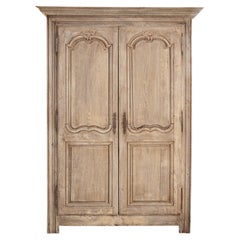 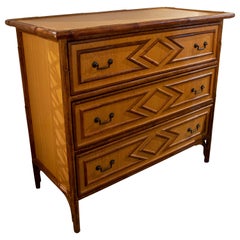 Italian Wardrobe closet by Mario Gottardi in walnut wood
By Mario Gottardi
Located in Milano, IT
Magnificent 1950s Italian wardrobe-wardrobe designed by Mario Gottardi. The cabinet is made with two hinged doors where inside we find a bracket for storing coats and clothes. Also i...
Category

French Cabinet in the Manner of Jean Prouvé

Massless Console, Aluminum, Mirror, Steel, Marble by Todomuta Studio
By Todomuta Studio
Located in Beverly Hills, CA
This recent collection by Todomuta Studio responds to a specific code that can navigate the ocean of design and get lost in its confines, beyond already mapped currents, to explore t...
Category

Alvar and Aino Aalto A820 Wardrobe
By Aino Aalto, Alvar Aalto
Located in 東御市, JP
alvar and aino aalto design wardrobe. This is very rare not on the vintage market. Like museum piece.
Category

Alvar and Aino Aalto A820 Wardrobe

Art Deco High End Figured Walnut Single Wardrobe, English, c1930
Located in Devon, England
If you're looking for something spectacular for your bedroom without compromising quality and functionality then this Original Art Deco single wardrobe might just be for you! Really ...
Category

1800s French Bleached Oak Wardrobe
Located in High Point, NC
The clean, understated design of this antique oak cabinet gives it a perennial elegance. Made in France circa 1800, the discreet pegs of the mortise and tenon joinery are visible evi...
Category

Italian Wardrobe of the Twentieth Century in White Poplar

Antique Painted Contrasting Grays Normandy French 19th Century Armoire Wardrobe
Located in Swedesboro, NJ
This is a superb and very beautifully painted French armoire. The joinery is all mortice and tenon construction and you can see the pins on the doors. The painted color combination i...
Category

Italian wardrobe with three doors, in walnut, curved on the sides, art deco

1800s French Tall Bleached Oak Wardrobe
Located in High Point, NC
This antique wooden cabinet was produced in France, circa 1800. A tall cabinet standing on molded bracket feet and crowned by a cornice top, featuring an elegantly carved front and a...
Category

Antique French Bamboo style One Door over Three Drawers Armoire or Wardrobe
Located in Plainview, NY
A beautiful Art Deco French Faux Bamboo style one door armoire or wardrobe. The door of the armoire comes with a mirror attached in the outside and opens to reveal three selves and ...
Category

1800s French Bleached Oak Armoire
Located in High Point, NC
Romantic and refined, this antique armoire would have been a treasured part of a provincial household. Built in France circa 1800, the curves of the paneling bring elegance to the si...
Category

1800s Dutch Wooden Cabinet with Original Patina
Located in High Point, NC
Built in the Netherlands circa 1800, the masterful construction of this antique wooden cabinet has lost none of its power to impress. The silhouette is bold yet sensuous: above, a si...
Category

The Sanders Wardrobe by Lind + Almond in Natural Oak, Brass and Leather (Small)

The Sanders Wardrobe by Lind + Almond in Cognac, Brass and Leather (Small)

20th century French Art deco Wardrobe with a Mirror, 1930s
Located in LEGNY, FR
Very nice Art deco Birdseye maple wardrobe from the 1930s. On the left side, there are two doors with beautiful glass and chromed metal handles opening on a wardrobe and many shelve...
Category

The Sanders Wardrobe by Lind + Almond in Natural Oak, Brass and Leather 'Medium'

The Sanders Wardrobe by Lind + Almond in Cognac, Brass and Leather 'Extra Large'

The Sanders Wardrobe by Lind + Almond in Cognac, Brass and Leather 'Medium'

Antique and Vintage Wardrobes and Armoires

When shopping for antique and vintage wardrobes and armoires for your home, there are several things to keep in mind, not least of which is question number 1: What is the difference between an armoire and a wardrobe?

The difference between an armoire and a wardrobe is actually simple: An armoire is merely an ornate wardrobe. A wardrobe is a tall, streamlined storage cabinet that usually has some combination of drawers, shelves and hanging rods. Antique and vintage armoires, on the other hand, are freestanding, heavy wooden structures that typically feature decorative metal hinges and pictorial carvings. Armoires are large cabinets that aren’t outfitted with the varied storage features that wardrobes now commonly have. Armoires often have one or two doors and a hanging bar and allow for quick access. Whether a minimalist mid-century modern wardrobe or grandiose Victorian-era armoire is the right fit for you, both are highly functional furnishings and can be a smart storage solution.

Armoires have been around since medieval times, and initially they may have housed weapons and armor. In their early days, armoires were often adorned with elaborate carvings and lavish paintings, particularly in Renaissance-era France. During the 18th century and later, armoires were widely known as “presses” for hanging clothes, and they were so large that they swallowed up the room where they stood. In today’s modern homes, an antique armoire can be a striking, architectural work of art amid comparably unadorned furnishings. Whether you’re using your piece in the kitchen for cookware or as a food pantry, in the bedroom for clothes or in the living room as a media console, it will likely become a lovable focal point.

The evolution of the armoire can be seen in today’s corner wardrobes, which may rest on an asymmetrical base to account for corner placement, and even mirrored wardrobes, which feature a mirror affixed to the inside panel of one of the doors for convenience. Contemporary wardrobes commonly feature additional sliding trays and drawers and hanging space for clothing or linens, and the cabinet doors make them ideal for concealing televisions and computer monitors when such devices aren’t in use.

When choosing the right wardrobe or vintage armoire for your home, it’s good to have the following in mind: What are you planning to store in it? How much of what you’re storing will need to be housed in it? It should be big enough to accommodate your needs. What is the size of the room where your wardrobe or armoire will live? A large new piece of furniture in a modest space can easily become a hindrance if you have to navigate your way around it during your daily routine, so be mindful of the area you'll need in order to move freely.

Whether you are looking for an antique walnut armoire or a simple contemporary wardrobe, find the right piece for your home today on 1stDibs.