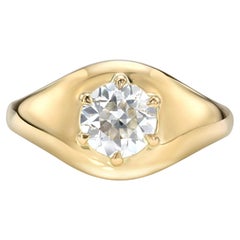 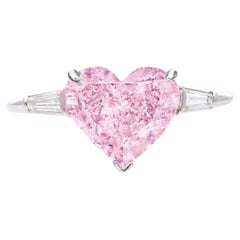 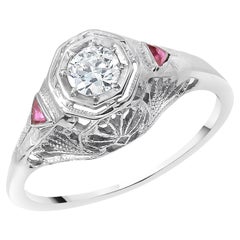 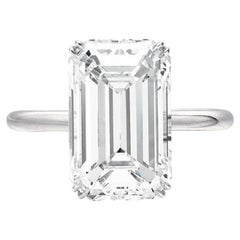 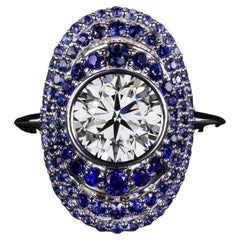 Free Shipping
Medieval 14th-15th Century Gold and Sapphire Engraved Amuletic Stirrup Ring
Located in Woking, GB
An elaborate and rare example of a Medieval ring set with a sapphire dating to circa 1400! The high carat gold D-shaped band is hollow in nature and the hoop extends outwards at the ...
Category

Free Shipping
Engagement Eternity 18 Karat Gold Hand Made Kunzite Cage Ring
By Giulia Colussi
Located in Milan, IT
Tremblant ring with Kunzite in rose color size 13 eu gold polished and brushed gr. 6,90. All Giulia Colussi jewelry is new and has never been previously owned or worn. Each item will...
Category

Even as jewelry trends have come and gone, antique and vintage solitaire rings are a classic fashion piece. Although enduringly popular as an engagement ring style, a solitaire ring makes a fantastic addition to any outfit with a variety of shapes and settings to explore.

Solitaire rings have a single stone setting and a minimalistic band in which pressure, bezel or prongs hold the stone in place. They have a long history in jewelry, such as an example discovered in Israel with a single amethyst that could be as old as the third century A.D.

Simple gold rings with single diamonds were prized possessions in Ancient Rome. However, it was not until the 1940s that engagement rings with a solitaire diamond setting became widely popular. After the turmoil of the Great Depression and World War II led to a decline in diamond prices, De Beers saw an opportunity. The diamond magnate teamed up with the ad agency N.W. Ayer for the “A Diamond Is Forever” campaign. It was a sensation and cemented the diamond solitaire as the leading engagement ring. (Statistics show that diamonds are the most common gemstones for engagement rings, preferred by 87 percent of people.)

Today, the design of solitaire rings takes many forms, and those created by Cartier, Tiffany & Co. and other internationally celebrated jewelry houses are particularly sought-after accessories. Though the single stone setting remains the same, bands have become more detailed, with some containing other stones or even multiple diamonds. Art Deco, Art Nouveau and other art movements have influenced the design of solitaire rings over the years. However, the simplicity of this accessory remains timeless.

Browse 1stDibs for a unique selection of vintage solitaire rings to accent any fashion choice.