The ultra-cherished gemstone, associated with storybook engagements and red-carpet grand entrances, has a dramatic history on its hands.
by 1stDibs Editors
Pin
Share
Tweet
Email 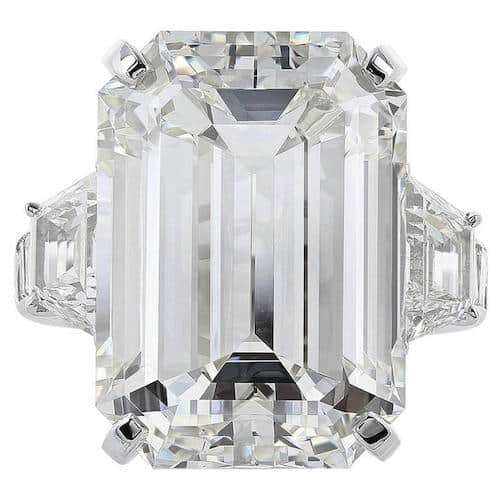 From “Diamonds Are Forever” to “Diamonds are a Girl’s Best Friend,” pop culture has ingrained in our minds that diamonds are the most desired, the most lasting and the most valuable gemstone. But what makes the diamond so special? After all, as we have come to learn from this series on birthstones, each stone is unique and important in its own right. April babies might claim the stone for themselves, but just about everyone wants this kind of sparkle in their lives! 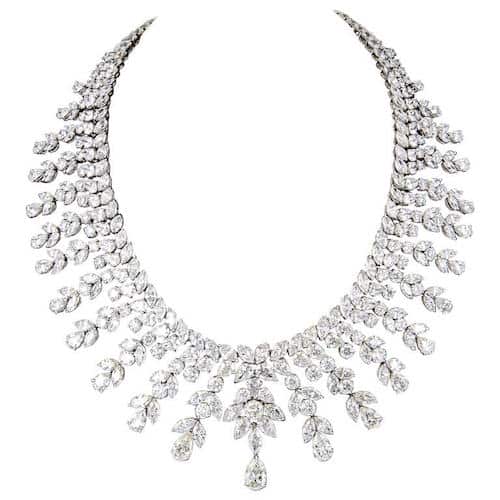 There are several factors that set diamonds apart from other stones, and these points are important to our gem education.  Diamonds are minerals. They are made up of almost entirely of carbon (carbon comprises 99.95 percent; the remainder consists of various trace elements). Diamonds are the hardest gemstones, ranking number 10 on the Moh’s Hardness Scale. Even its name, diamond, is rooted in the Greek adamas, or unconquerable. The only object that can scratch a diamond is another diamond. Diamonds are formed deep within the earth at very high temperatures (1,652–2,372 degrees Fahrenheit at depths between 90 and 120 miles beneath earth’s surface) and are carried up by volcanic activity. Diamonds are quite rare, according to the GIA, and only 30 percent of all the diamonds mined in the world are gem quality. 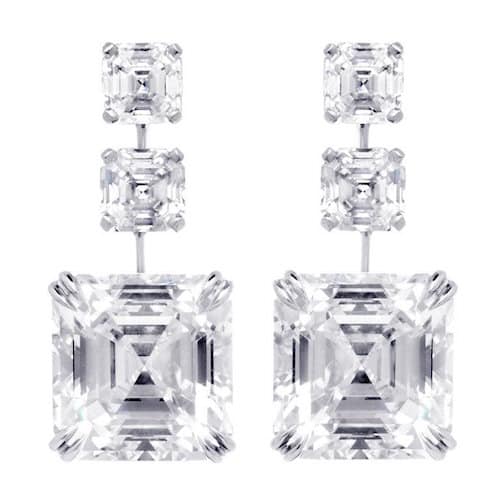 Originally, and by that we are looking back to fourth century BC, most of the world’s diamonds came from India, with stone deposits turning up alongside the Penner, Krishna and Godavari rivers. This country had the greatest amount of diamond deposits until the 18th century, when Minas Gerais in Brazil became a viable producer of the precious stone. Prior to this, it was from India that the major European centers got their diamonds (although diamonds only became popular in the 1400s). Brazil took over from India as the main diamond producer throughout the 18th and 19th centuries, and then the torch was passed to South Africa.

The first diamond was found in South Africa in 1867 near the Orange River. Shortly thereafter, approximately 200 pipe deposits were discovered, the most famous was called kimberlite, for the Kimberley Mine, also known as the Big Hole. This mine, once considered to the largest man-made hole (excavated by the hands of 50,000 miners wielding pickaxes and shovels) was worked from 1871 to 1914. The surface of the Hole has a diameter of 1,510 feet in diameter and a depth of 3,510 feet. There were 14.5 million carats of diamonds found there. The excavation at the Kimberley Mine is legendary and proved deadly for many of the men involved due to harsh conditions. Eventually, all of the separate mine proprietors decided to combine their efforts and De Beers Consolidated Mines Limited was founded. The mine closed in 1914, and it is now a major tourist site with a mine museum that is operated by De Beers. 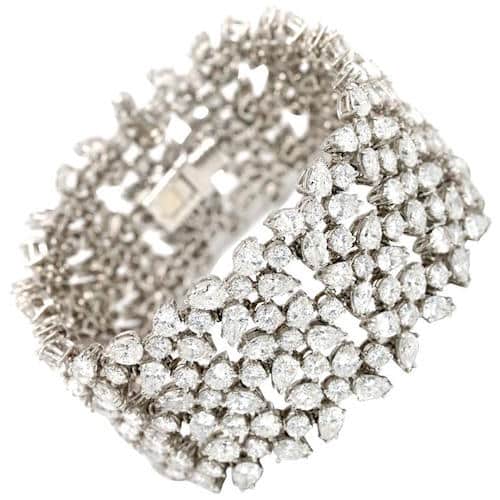 Since the public is now more educated about the production of diamonds, there has been more awareness of blood or conflict diamonds, which come from countries where human greed has led to civil wars and inhumane conditions for its workers. In the last two decades, this has been the cause of much strife in seven African countries. In 2003, the Kimberley Process was established to help combat the sale of conflict diamonds. This international certification program is backed by the United Nations and “is a joint governments, industry and civil society initiative to stem the flow of conflict diamonds — rough diamonds used by rebel movements to finance wars against legitimate governments.” 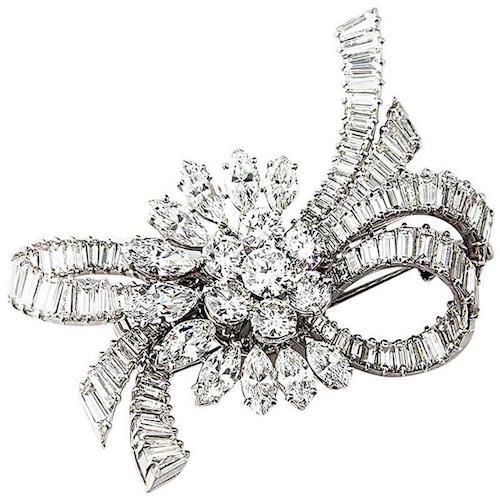 How Much Is That Diamond?

In the 1950s, the Gemological Institute of America developed the 4Cs grading system to classify diamonds: clarity, color, cut and carat weight. As stated earlier, not all diamonds are created equal. The value of the diamond depends on the clarity (flawless diamonds are very rare but a diamonds value decreases if there are many blemishes or inclusions), color (the less color the higher the grade, cut (how the diamond’s facets catch the light, certain cuts of diamonds show off the stone better than others) and carat weight (the bigger, the better). 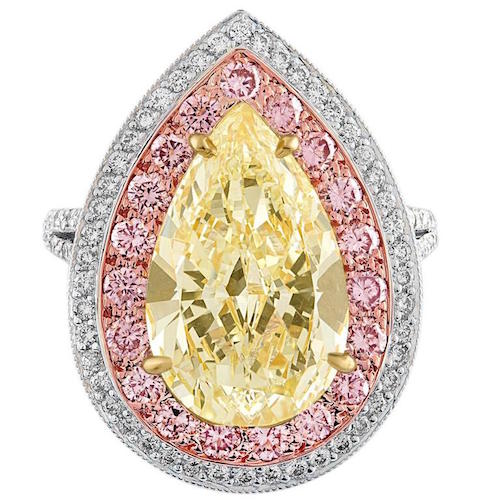 Although most diamonds are valued for having a pristine white color, fancy-color diamonds, especially champagne ones, have become very fashionable in recent years. There are many different types of fancy-color diamonds, including yellow, pink and brown. According to the GIA, starting in the 1980s, Australia’s Argyle mine began a marketing campaign for brown stones calling them “Champagne” and “Cognac.” While they are no longer promoting the stones as such, they are still a major producer of these stones today.

The world has seen its share of spectacular diamonds, to read all about them, check out “The World’s Greatest Diamonds: A Primer.”