Transgressive may not be the first word that comes to mind when you think of Cartier's Love ring, but when the collection was designed in 1969, it was immediately understood as radical and provocative.

With respect to traditions at the acclaimed French luxury jewelry house, Cartier had a policy that mandated anonymity of its designers, so the names of its in-house artisans weren’t known outside the firm. The brand’s much-publicized emergence of Italian jeweler Aldo Cipullo (1942–84), who created the Love bracelet not at the brand’s headquarters in Paris, but in its New York City workshop, was indicative that change had come. And, of course, there’s the bracelet itself: Modeled after a medieval chastity belt, Cipullo designed the cuff in two halves to be locked or unlocked with “a special vermeil screwdriver” — according to Cartier’s print advertisements at the time — that one’s lover would keep on hand. In its understated, unisex design, which simultaneously seemed to take aim at conventional ideas about fashion, sexuality, love and romance at once, particularly as city streets and college campuses of the era were engulfed in social unrest, the Love bracelet became an instant classic.

Following the immense success of the Love bracelet, Cartier went on to produce earrings, necklaces and, perhaps most obviously, rings. It’s long been reported that the Love collection is the brand’s most popular and largest series, as Cartier has since augmented the line with cufflinks and watches, too. When the Love ring was introduced, it boasted little in the way of ornamentation, much like the bracelet that launched the line. (Subsequent variations of the bracelet were embellished with diamonds and sapphires.) The ring was originally dotted with miniature faux screwheads that mirrored those of the groundbreaking modernist cuff before it — not only referencing the series’ playful signature characteristic but also prominently underscoring the theme of permanence that Cipullo had in mind when he conceived of the design. Today, the ring is available in a variety of models: from a simple 18-karat yellow-gold wedding band to an 18-karat pink-gold ring inlaid with six brilliant-cut diamonds. Every Cartier Love ring is stamped with its metal type, serial number and ring size.

Filter Results
to
Item Ships From
45
Cartier Diamond Love Ring in Platinum
By Cartier
Located in Honolulu, HI
Authentic Cartier Platinum LOVE ring. This beautiful Cartier LOVE ring features one round brilliant diamond and the iconic screw motifs. The ring is made in Pltinum 950. The diamond ...
Category

Cartier Rose and White Gold Half Diamond Love Ring B4094300

Free Shipping
Cartier Contemporary White Gold and Three-Diamond Love Ring
By Cartier
Located in Narberth, PA
This stylish Estate (ca1998) diamond ring is a signed piece from the Cartier LOVE Collection! The style emerged in New York in the 1970s and has become one of Cartier's most beloved ...
Category 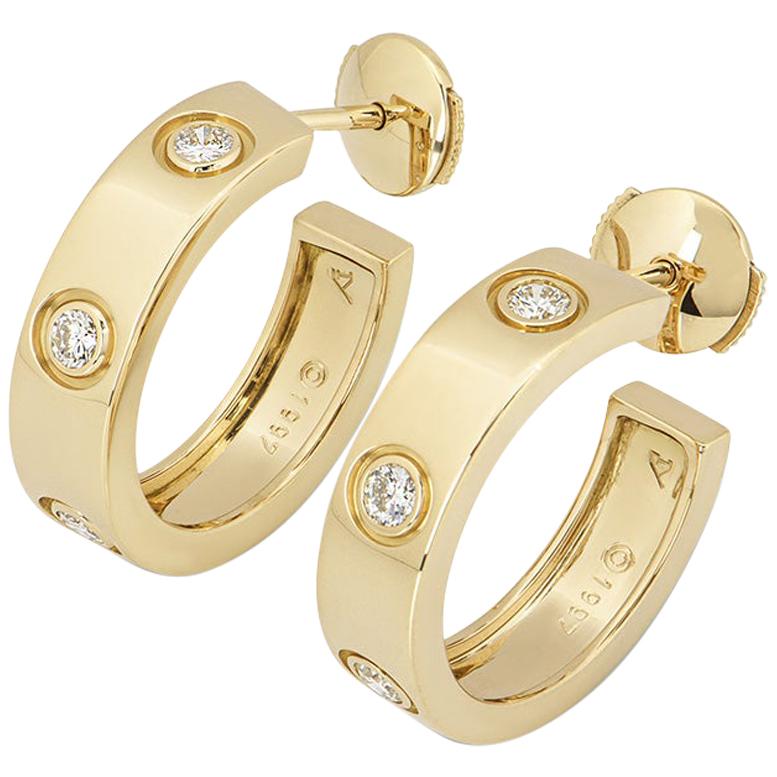 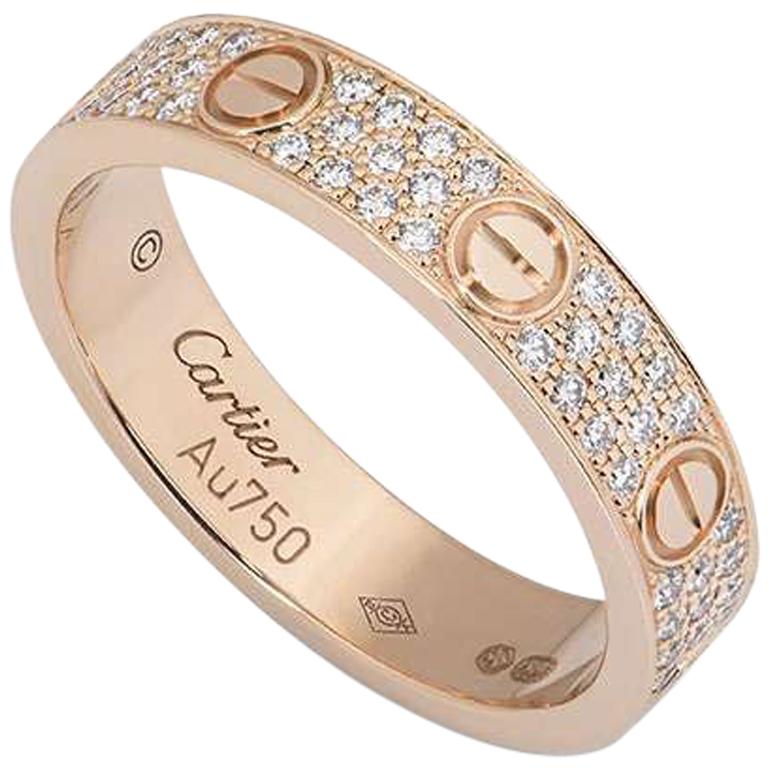 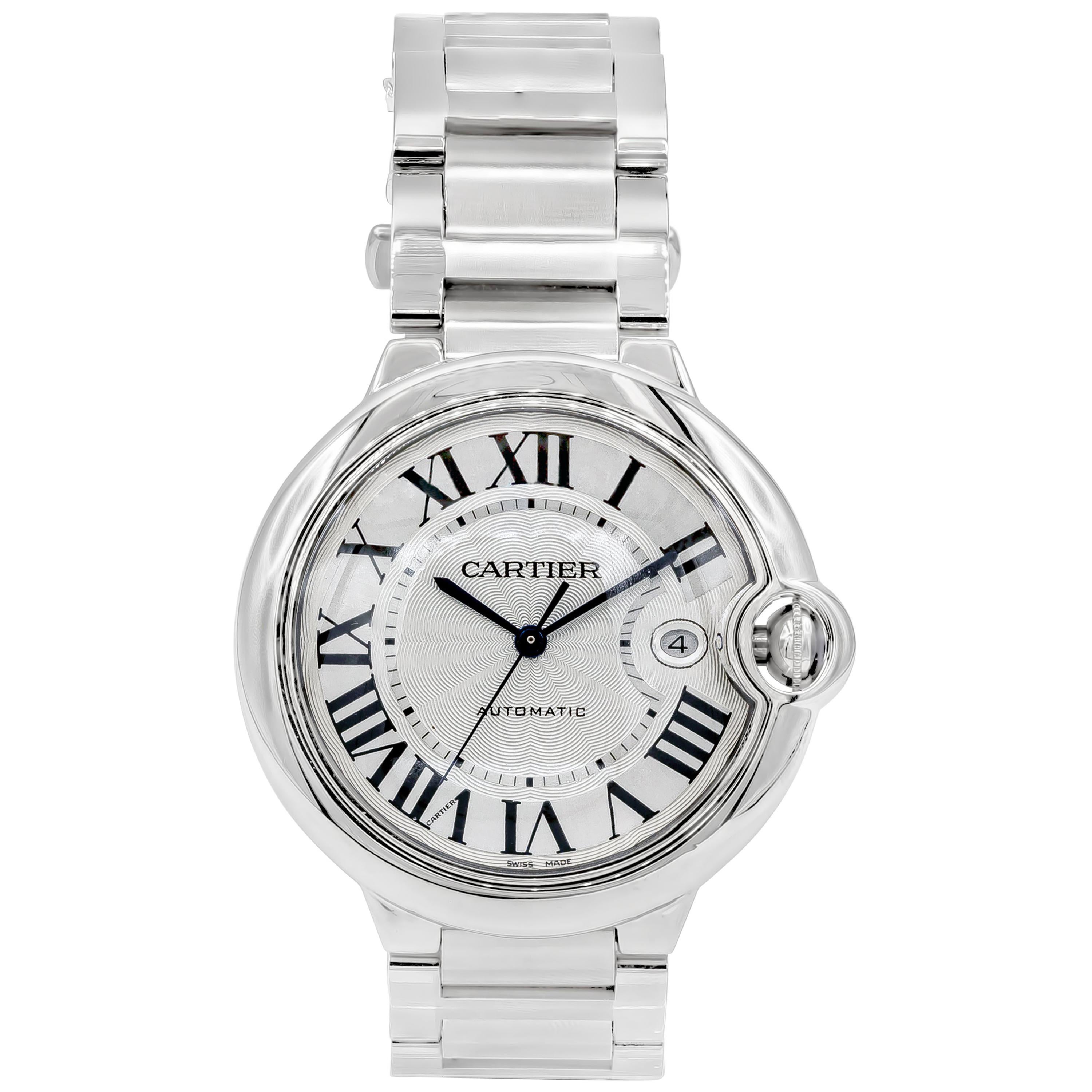