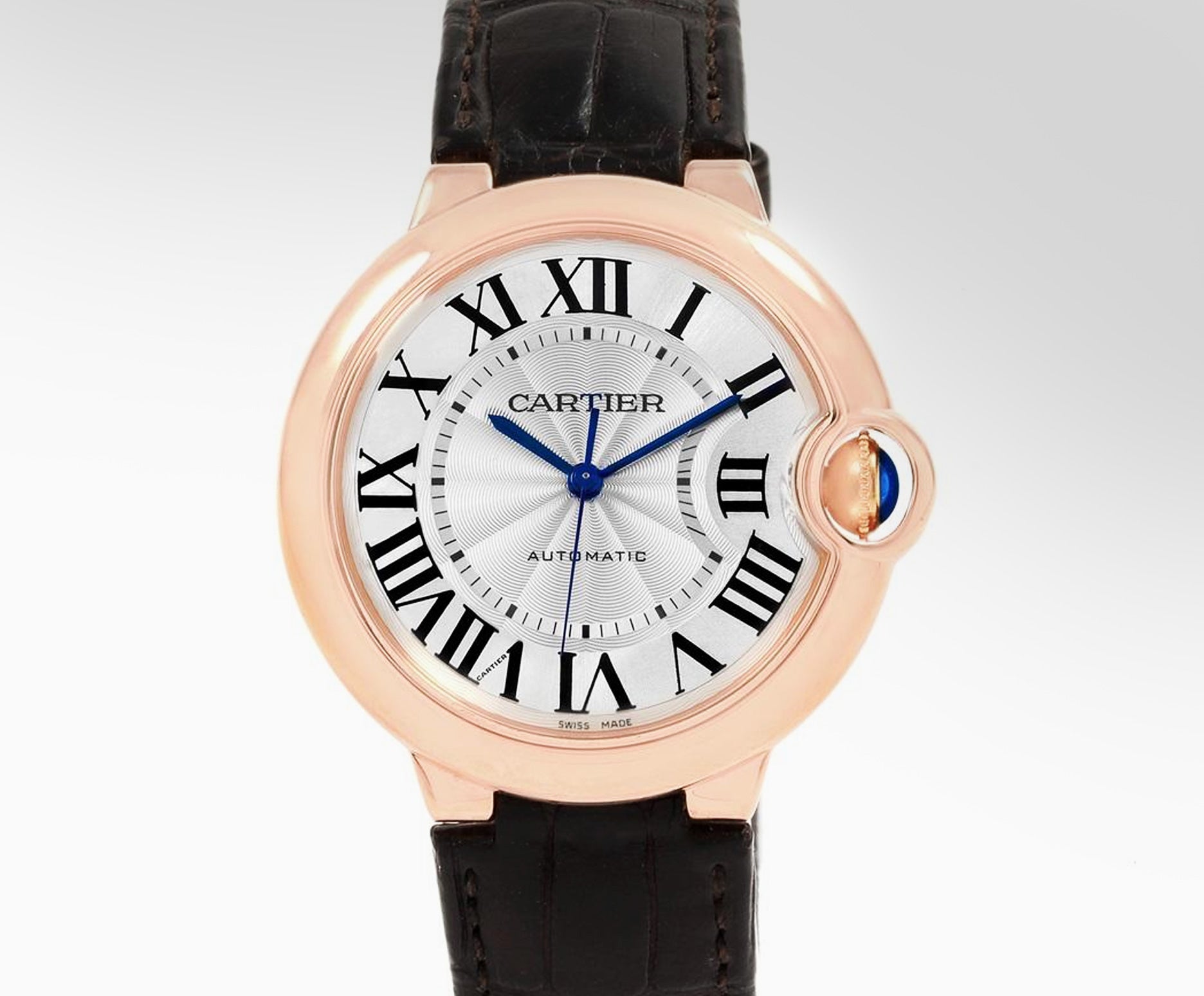 While Cartier’s distinctive angular timepieces have long been coveted among luxury watch wearers, the versatile round addition that debuted in 2007 plays no small role in the acclaimed French jewelry house’s ever-broadening popularity. The Ballon Bleu de Cartier watch has a stainless-steel case that is curved on both the front and back side, lending it a traditional feel while it simultaneously caters to contemporary tastes by updating Cartier for the 21st century. The “Ballon” in its name refers to the way the balloon-like case appears to float on the wrist, but the “Bleu” hints at a more hidden touch of elegance. Tucked away on the winding crown — outside the case at 3 o’clock and below a loop extending from it — is a small sapphire or synthetic blue spinel cabochon, depending on the model. Although it’s one of the more contemporary models in Cartier’s watch arsenal, the Ballon Bleu gained fans quickly, with Kate Middleton, the Duchess of Cambridge, regularly seen sporting one.

When Louis Cartier (1875–1942) made a square, flat wristwatch for Brazilian aviator Alberto Santos-Dumont in 1904, a large number of people were still using pocket watches to keep time. The novel geometric design — called the Santos for the aviation pioneer and brought to market in 1911 — was hugely influential in the 20th-century rise of the wristwatch as a ubiquitous accessory. The Cartier company would continue to innovate over the following decades, such as with the Cartier Tortue watch, which is reminiscent of a tortoiseshell, and the boxy Cartier Tank watch, which was inspired by a military tank. Notably, these designs often had square and rectangular cases that contrasted sharply with the style of 19th-century watches, which were curved, like clocks in miniature. Just over a century after the Santos wristwatch was introduced, Cartier would break with its own tradition to create a throwback look with the Ballon Bleu.

The Ballon Bleu has a balanced mix of these antique references and Cartier’s own quality standards, which have been refined over 150 years of watchmaking. Designed to be worn by both men and women, it makes a statement with its slightly domed form yet is lightweight for a range of wrists, able to be dressed up or down. Roman numerals, a familiar attribute among many of Cartier’s most popular wristwatches, circle a large guilloche dial, with the time indicated by blue sword-shaped hands, all activated by the blue winding mechanism. Ballon Bleu de Cartier watches come in a variety of models — from understated versions in yellow gold to more decadent models adorned with a spray of diamonds — each boasting the same Cartier precision in its craftsmanship.

Superb Cartier Ballon Bleu Two Tone Watch Ref 3001
By Cartier
Located in Miami, FL
This watch by Cartier quickly became an absolute classic which will sit conformably on your wrist thanks to its ultra smooth convex curved case, this model also displays a solid poli...
Category

Cartier Ballon Bleu Steel Silver Dial Automatic Men's Watch W69012Z4
By Cartier
Located in New York, NY
This pre-owned Cartier Ballon Bleu W69012Z4 is a beautiful men's timepiece that is powered by a mechanical (automatic) movement which is cased in a stainless steel case. It has a ro...
Category

Cartier Rose Gold Ballon Bleu Wristwatch New in Box with Papers
By Cartier
Located in Coral Gables, FL
New with Box and Papers. Model WJBB/0019 Cartier Ballon Bleu Rose Gold Watch Floating like a balloon and as blue as the cabochon safely nestled in its side, the Ballon Bleu watch by ...
Category 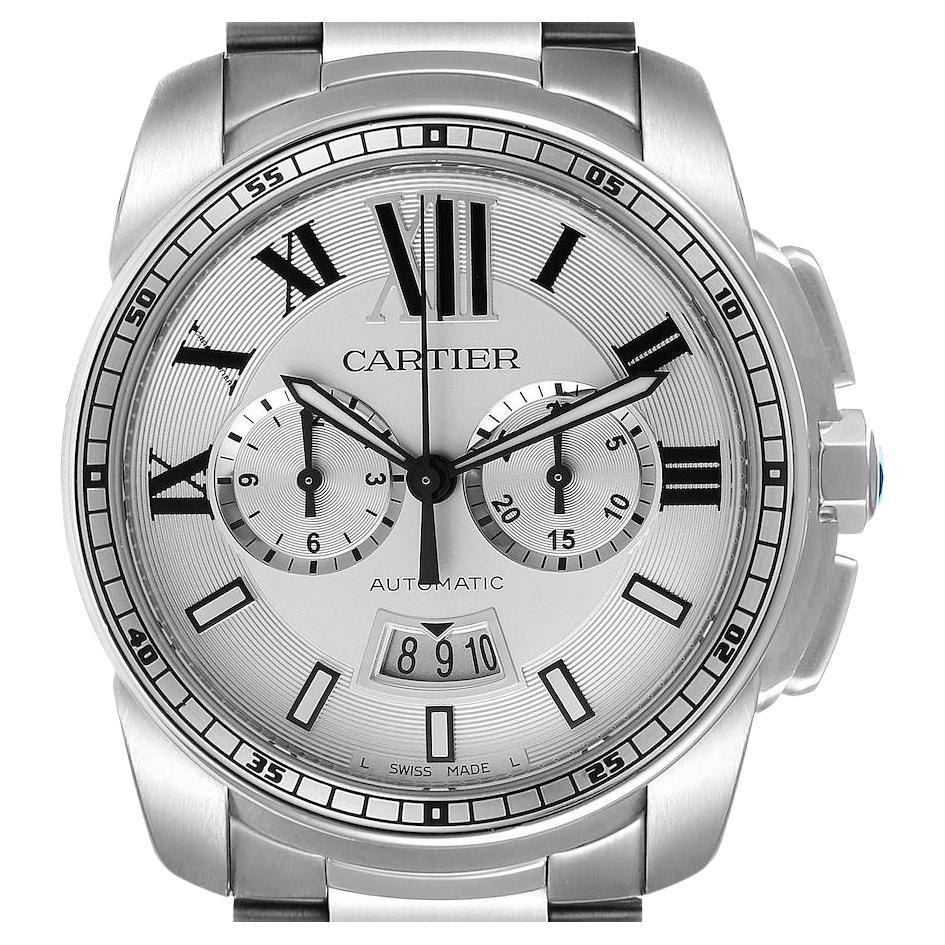 Calibre Watch
Average Price
$9,536
Number Available
5
Calibre Watch
By Cartier
Styles
Contemporary, Modernist
If you were to describe the Calibre de Cartier watch in a word, it would be simply this: masculine. And that is precisely what the Cartier design team intended. With a robust 42mm case, thick rounded lugs and a simple dial that combines Roman numerals and baton indexes, the 5.3-ounce watch exudes a gentle masculine aesthetic. Launched in 2010, the Calibre de Cartier was the internationally acclaimed French jeweler’s bold statement — and a relatively affordable one — in the men’s sports market...
Shop All