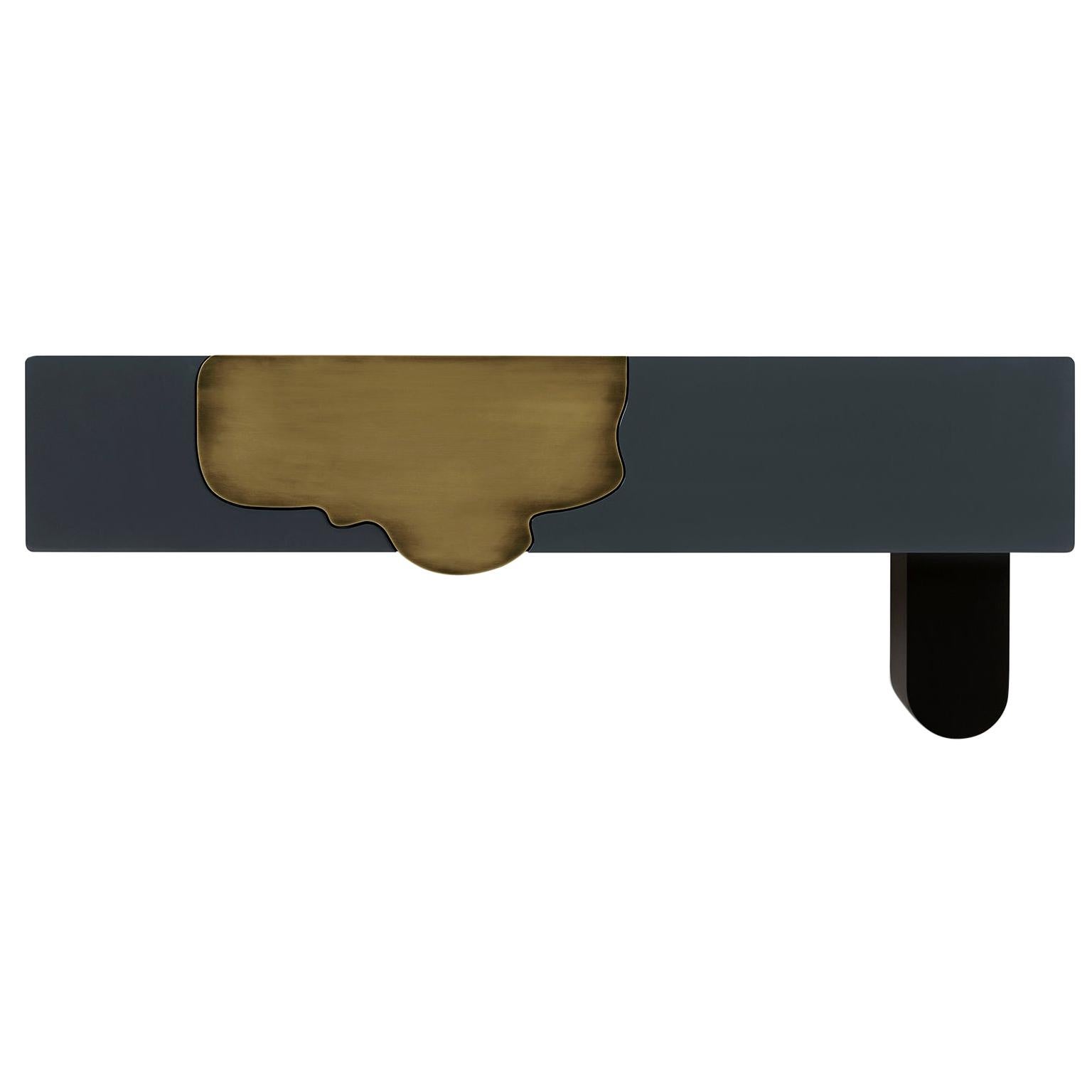 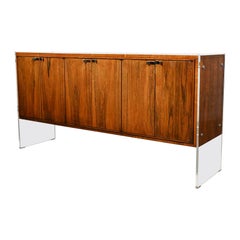 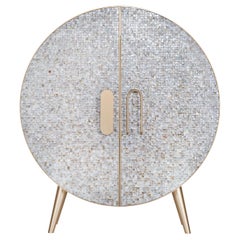 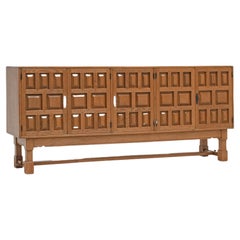 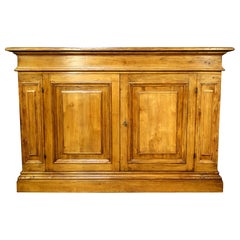 MidCentury Cream and Black Glass with Brass Italian Sideboard, 2000
Located in Rome, IT
A unique sideboard of its kind for its originality and for the choice of materials. Simple but refined design, note the veneer and polished very well in the internal part. Note the r...
Category

Tinselor Cabinet by Tretiak Works, Elm Credenza with Handcrafted Cane Doors
By Nick Tretiak
Located in Portland, OR
The richness of this credenza is in the details, notable points include a mitered solid wood case, hand caned sliding doors, dovetailed drawers, and in-house finely crafted tapered b...
Category

Lake Sideboard, in Natural White Oak, by August Abode
Located in Beverly Hills, CA
Our artisanmade Lake Sideboard is the newest addition to our Lake Collection. An understated piece ideally suited as a sideboard or credenza. Designs are inspired by iconic mid-centu...
Category

Ebb & Flow Modern Organic Credenza Made from River Rescued Ancient Wood
By Tréology
Located in Papanui, Christchurch
The Ebb & Flow credenza was inspired by our observations of an ocean worn cliff face on the wild West Coast of New Zealand. Our search for design inspiration took us on an adventure ...
Category

Contemporary Gold Black Sideboard Console
By Renats Kotlevs
Located in Riga, LV
The Exclusive Designer Sideboard is striking, a true statement of bold and elegant design. Exquisite clean lines and 24K Gold finish will suit those who have a love for design and fi...
Category

Modern White Sideboard in high gloss with Marble Top and Brass Legs
By Renats Kotlevs
Located in Riga, LV
The exclusive marble designer sideboard is striking, a true statement of bold and elegant design. Current exquisite clean lines, the ultimate in contemporary style for those that hav...
Category

William Hinn Sculptural Modern Eight-Drawer Dresser in Walnut, Fully Restored
Located in Brooklyn, NY
A large chest of drawers or credenza, its case with a concave façade in bookmatched walnut and suspended within an external frame of vertebral legs. Drawers have concealed pulls and ...
Category

Chelsea Metal Base 2-Door Buffet
By Ercole Home
Located in Brooklyn, NY
This chelsea buffet or sideboard by Ercole home has a 2-door front, with Earl Gray Ceruse wood finish on oak. Handcut glass panels in Wispy Gray Silver are on the door surface. Hand-...
Category

One of a Kinda Kreten Bench, Black, Concrete
By Souda
Located in Brooklyn, NY
This is a one of kind concrete bench based on Souda's Kreten Side Tables. The bench was cast into a fabric mold so the resulting shape shows the ripples, the folds, and the seam ...
Category

One of a Kinda Kreten Bench, Black, Concrete

Mid Century Modern Teak Sideboard Credenza Dunfermline by A.H McIntosh
By A.H. McIntosh Furniture
Located in Los Angeles, CA
A.H. Mcintosh & CO. teak sideboard from the Dunfermline collection. Designed by Tom Robertson in the 1960's, it is a piece that perfectly combines all the functionality and design of...
Category

Belgian Sideboard in Black Ebonized Oak Designed by Frans Defour
Located in Beerse, VAN
Belgian sideboard in ebonized oak designed in the 1970s by Frans Defour for Defour. The sideboard is made of a solid oak frame with oak veneer door panels that show a graphic desi...
Category

Antique and vintage credenzas can add an understated touch of grace to your home. These long and sophisticated cabinet-style pieces of furniture can serve a variety of purposes, and they look great too.

In Italy, the credenza was originally a small side table used in religious services. Appropriately, credere in Italian means “to believe.” Credenzas were a place to not only set the food ready for meals, they were also a place to test and taste prepared food for poison before a dish was served to a member of the ruling class. Later, credenza was used to describe a type of versatile narrow side table, typically used for serving food in the home. In form, a credenza has much in common with a sideboard — in fact, the terms credenza and sideboard are used almost interchangeably today.

Credenzas usually have short legs or no legs at all, and can feature drawers and cabinets. And all kinds of iterations of the credenza have seen the light of day over the years, from ornately carved walnut credenzas originating in 16th-century Tuscany to the wealth of Art Deco credenzas — with their polished surfaces and geometric patterns — to the array of innovative modernist interpretations that American furniture maker Milo Baughman created for Directional and Thayer Coggin.

The credenza’s blend of style and functionality led to its widespread use in the 20th century. Mid-century modern credenzas are particularly popular — take a look at Danish furniture designer Arne Vodder’s classic Model 29, for instance, with its reversible sliding doors and elegant drawer pulls. Hans Wegner, another Danish modernist, produced strikingly minimalist credenzas in the 1950s and ’60s, as did influential designer Florence Knoll. Designers continue to explore new and exciting ways to update this long-loved furnishing.

Owing to its versatility and familiar low-profile form, the credenza remains popular in contemporary homes. Unlike many larger case pieces, credenzas can be placed under windows and in irregularly shaped rooms, such as foyers and entryways. This renders it a useful storage solution. In living rooms, for example, a credenza can be a sleek media console topped with plants and the rare art monographs you’ve been planning to show off. In homes with open floor plans, a credenza can help define multiple living spaces, making it ideal for loft apartments.

Browse a variety of antique, new and vintage credenzas on 1stDibs to find the perfect fit for your home today.