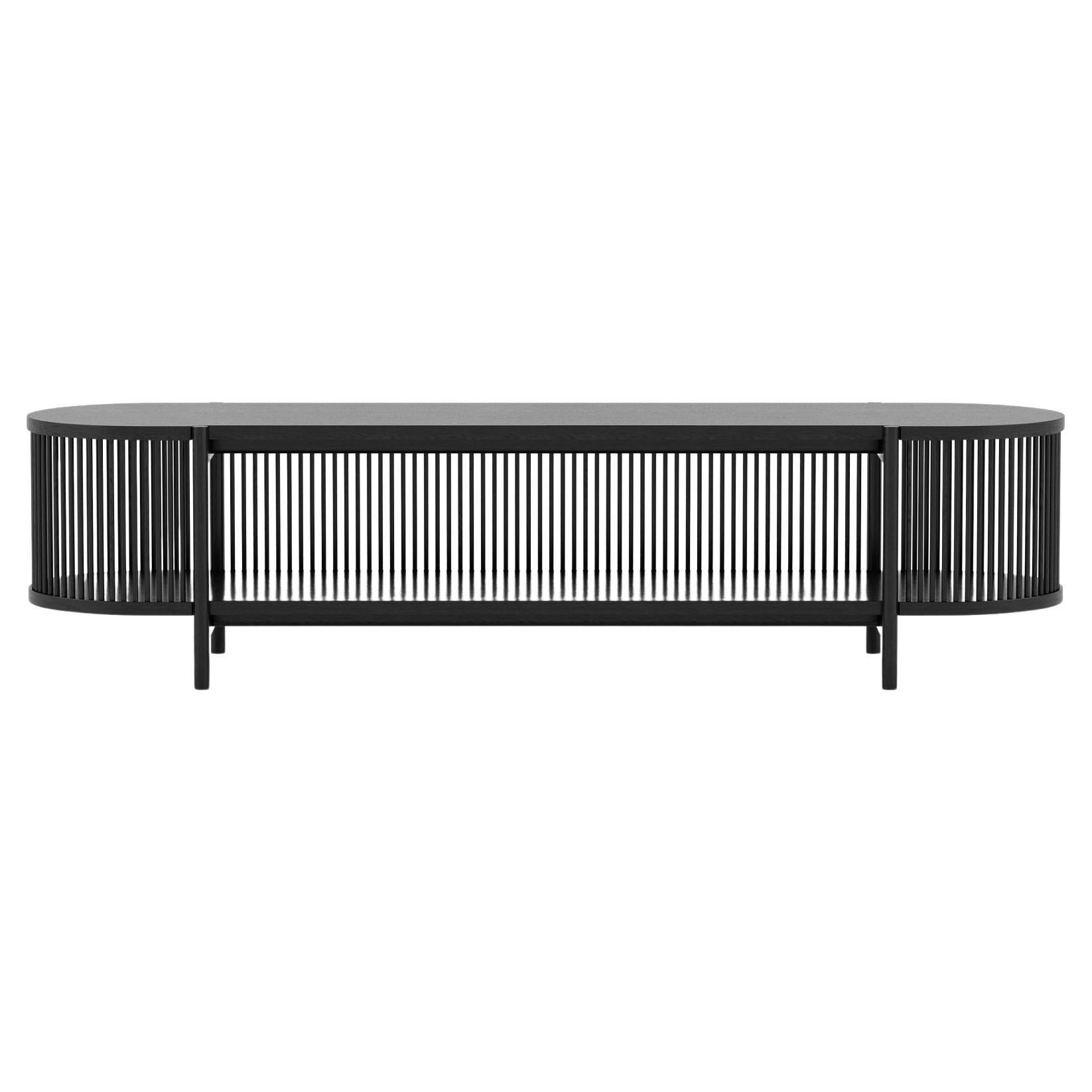 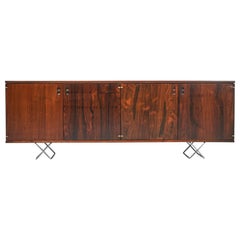 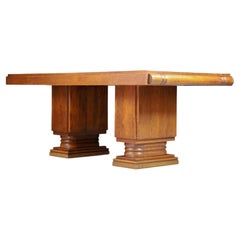 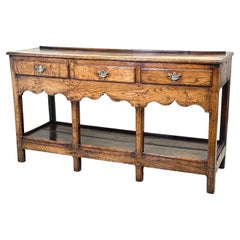 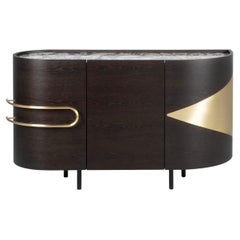 SP01 Yee Storage Composition A, Made in Italy
By Metrica, SP01
Located in Sydney, NSW
Yee is a flexible storage system that allows you to create a composition that perfectly suits your needs: Ideal for cleverly concealing your technology, or curating and displaying th...
Category

SP01 Yee Storage Composition A, Made in Italy

Contemporary Sideboard by Hessentia in Marble and Leather, Light-Blue
By HESSENTIA, Cornelio Cappellini
Located in Carate, Brianza (MB)
The four-doors version of Morgan storage unit represents an interesting proposal for the dining area. Its doors are shaped three-dimensionally with vertical decorative motif and upho...
Category

Contemporary Sideboard by Hessentia in Marble and Leather, Light-Blue

Mid-Century Sideboard from the "Arco" Series by Studio BBPR for Olivetti, Italy

Jim Rose Steel Furniture - Eight-Drawer Blue Green Strip Quilt Counter
By Jim Rose
Located in Chicago, IL
This modern 8-drawer counter is made from hot roll blue steel with the front panel design based on the Gees Bend Quilts. Each panel is unique with the use of galvanized rusted steel ...
Category

Nils Jonsson Teak Sideboard for Hugo Troeds, Scandinavian Modern, 1960s
By Nils Jonsson
Located in Wrocław, Poland
This is not so common model of sideboard by Nils Jonsson in teakwood with black sliding door, two sculpted handles, elegant base completed with subtle slender legs, all 4 legs are fi...
Category

Vintage teak sideboard cabinet
Located in Roncadelle, BS
Vintage 60s sideboard with hinged doors. The simple teak frame features two lockable hinged doors inside of which is is a large compartment equipped with a shelf. A piece of furnitur...
Category

Contemporary Cucu Sideboard or Credenza in Brushed Brass with Copper
By Railis Kotlevs
Located in Husavik, IS
Cucu sideboard by Railis Design is the perfect addition to any modern living room or dining room. Store away your plates or knickknacks in a stylish way. Made from brushed brass and ...
Category

Contemporary Cucu Sideboard or Credenza in Brushed Brass with Copper

Art Deco Sideboard XXL from Paris with Curved Fronts in Rosewood Around 1920
Located in Greven, DE
Original Art Deco furniture from a time full of life and elegance. We get all of our furniture unrestored so that we can be sure that it is really original. We then offer these as or...
Category

Vintage Scandinavian Modern Classic Teak Wood High Sideboard with Drawers, 1960s
Located in Warszawa, Mazowieckie
This sideboard was made in Sweden, probably in 1964. It is finished with teak wood with a warm color and regular graining. It has lockable cabinets and practical shelves. In the cent...
Category

Wall system by Cees Braakman for Pastoe, The Netherlands, 1950s

21st Century FUCINA "356" by Pauline Deltour, Black Metal Sideboard
By Pauline Deltour
Located in Desio, IT
The 356 collection takes its inspiration from the curves and outlines of various iconic car doors. The focus, at first, is on the façade: 2 symmetrical doors, outscaled from the body...
Category

Welsh Dresser, English Oak, Traditional
Located in Toronto, CA
A traditional English oak Welsh dresser crafted in Oak and made in England. This display cabinets is in two pieces and the base can be used minus the hutch top. The finish is a lovel...
Category

Midcentury Italian Mirror Console Table with Marble Top and Base
By Cantu
Located in Albano Laziale, Rome/Lazio
Significant lacquered parchment and marble console table made in Cantu, Italy in 1959. Cantú was for a long time a center for furniture production of importance designed by great des...
Category

Midcentury Italian Mirror Console Table with Marble Top and Base

Georg Satink Credenza Wk Möbel Highboard Rosewood German 60s Design Bauhaus
By WK Möbel, Georg Satink
Located in Oldenburg, NI
Rare highboard designed by Georg Satink for WK Wohnen in the 1960s. An absolute eye-catcher together with the high chrome frame. The three doors can be folded out to the front.
Category

Tudor Bonanza Sideboard #2
By Emmemobili
Located in Milan, IT
Tudor Bonanza is a storage unit collection taking inspiration from the English Renaissance style, and from the “timber-framed” fronts, typical of that period. The reinterpretation of...
Category

Sideboard Spanish Poplar One Door Entry Hall Buffet Credenza, circa 1960
Located in Labrit, Landes
Sideboard Spanish credenza one door and two drawers buffet, circa 1960 It can be used in an entry hall or in any other room Solid solid poplar and white wood Good condition Shi...
Category