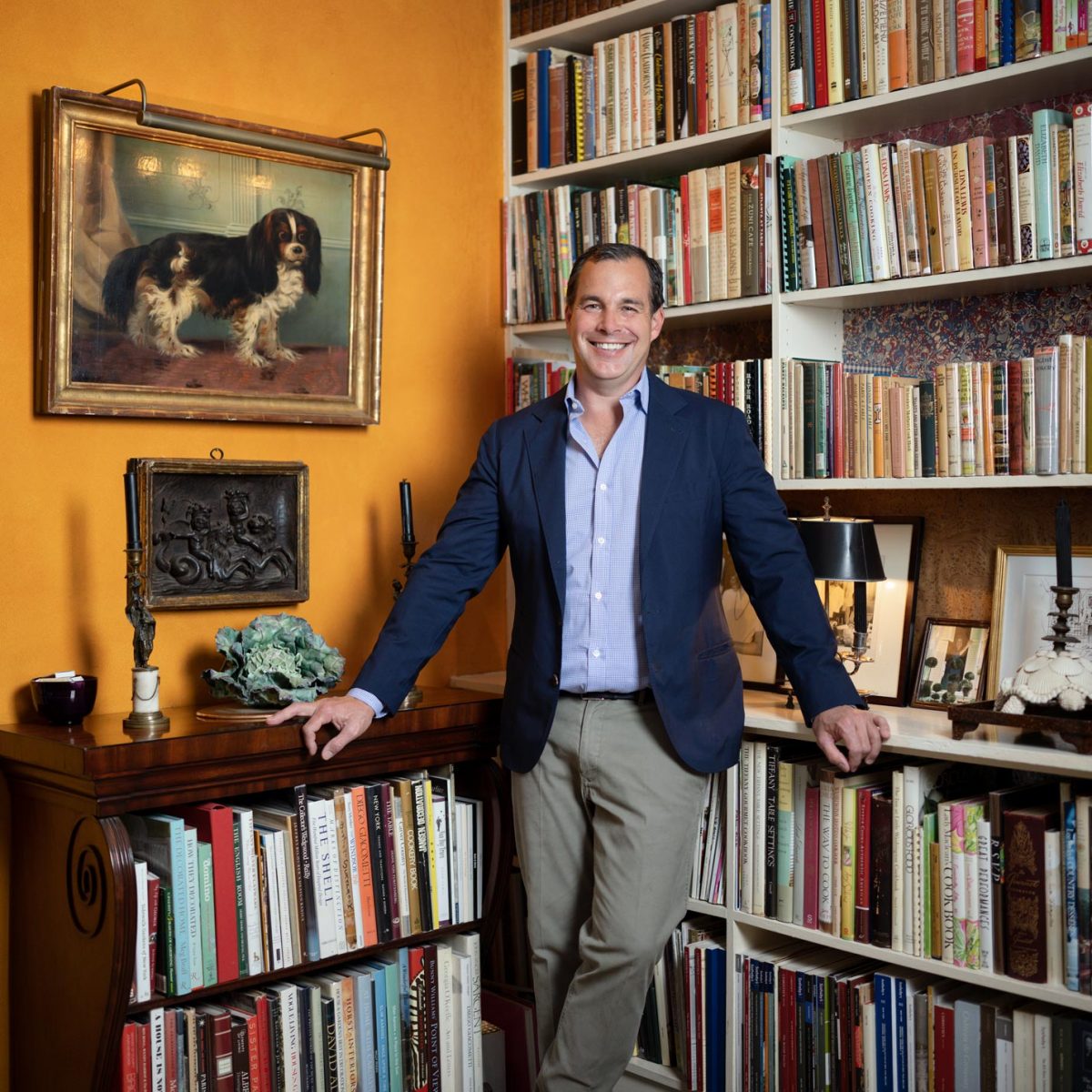 October 3, 2021Although ceramist Christopher Spitzmiller grew up with rowdy Labrador retrievers in his family’s home in Buffalo, New York, the first dog he owned as an adult was two-dimensional: a 19th-century painting of a floppy-eared, doe-eyed spaniel. The painting was, he says, “a Band-Aid until I could get my own spaniel.”

Today, he lives with two real-life dogs — a black Lab named Lyon and Fanny, a Cavalier King Charles spaniel (plus, he says, “lots of dog slobber”) — among the classic, cozy decor of his New York City apartment and his restored Greek Revival farmhouse at Clove Brook Farm, in the Hudson Valley.

First known in design circles for his ceramic lamps and tableware, bought by everyone from Barack Obama to Martha Stewart, Spitzmiller is now gaining just as much recognition as an arbiter of the gentleman-farmer lifestyle.

Life on his Hudson Valley homestead is richly documented in Spitzmiller’s new book, A Year at Clove Brook Farm (Rizzoli), which is filled with scenes of the dogs frolicking among heritage chickens, sumptuous gardens and garden statuary.

The picture painted evokes 19th-century aristocratic country homes, particularly in details like the living-room wall festively adorned with English School dog portraits from that very period. Popularized by Queen Victoria, dog portraits were considered status symbols, reflecting the increase in canines as pets, not just work animals, and the sentimental attachment that implied between human and canine, which Spitzmiller and his partner, Anthony Bellomo, very much share.

Introspective chatted with Spitzmiller to learn more about how he makes everything he does, from beekeeping to collecting dog portraits, the utmost in chic.

How did you get started collecting portraits of dogs, and how has this passion evolved?

I bought the first one at Christie’s East, which was the lower end of Christie’s, in 2002. I just came across it and bought it. It spoke to me, so I got it and hung it in my living room in Manhattan first. Then, it migrated to my bedroom. I didn’t buy another one until years later — it wasn’t a spree.

Mario Buatta was a good friend of mine. I spoke to him every day. He was also a prolific collector who owned hundreds of dog portraits. He was crazy about my dogs, and when he died, in 2019, I wanted a reminder. So, I bought the six spaniel portraits [on the Clove Brook Farm wall] directly from Emily Eerdmans, who is a dealer, and then a big one from the auction of his collection at Sotheby’s last year.

Dog paintings originated in the eighteenth century with “sporting pictures” of dogs in action — hunting and fishing. You seem to share Queen Victoria’s focus on pet portraits. What do you look for in these images and what avenues do you pursue to find them?

I don’t like anything modern or contemporary and prefer eighteenth- and nineteenth-century spaniel paintings from the English School. I like knowing that this was once someone’s dog and a portrait was commissioned of it. That’s so romantic.

Mario got a lot of his spaniel paintings from Iona Antiques, which isn’t in business anymore. They had an exemplary eye for animal paintings, so I look at the auction houses for paintings with that provenance and will bid on them live or online.

I have dog paintings from Gerald Bland and from various auction houses. I also go to thrift shops and, of course, 1stDibs. I think you can find good things everywhere. I think everybody is drawn to dogs in art. You don’t have to buy expensive works, you can get reproductions. We all need a little more humor and a dog kiss right now.

I love the wall of spaniel paintings in your living room at Clove Brook Farm, displayed with bows. How does one present dog portraits so that they come off as chic and not kitschy?

I don’t have rules. I hung a row of spaniel portraits across from my bed in New York so that when I wake up, they are the first things I see.

In the country house, I displayed them with bows as a tribute to how Mario displayed them in his apartment. I have never been a big fan of those bows, but I thought the bows would unite the paintings. Mario’s bows were much bigger than mine: ten to fourteen inches wide, made with ribbon from a fabric house. Mine are more like four to six inches and are vintage silk ribbon.

I hung portraits of my great grandparents on one wall and placed the set of spaniel paintings on the wall next to them. So, I joke that clearly, my dog Fanny comes from much grander lineage, because so many more of her ancestors had their portraits painted than mine!

In the nineteenth century, the gold standard for pet portraits was a good likeness of the subject. Would you ever want paintings of your own dogs?

I haven’t had my dogs painted yet. I would like to, but I haven’t found anybody who could do them justice. John Singer Sargent would have been the perfect painter for the job. 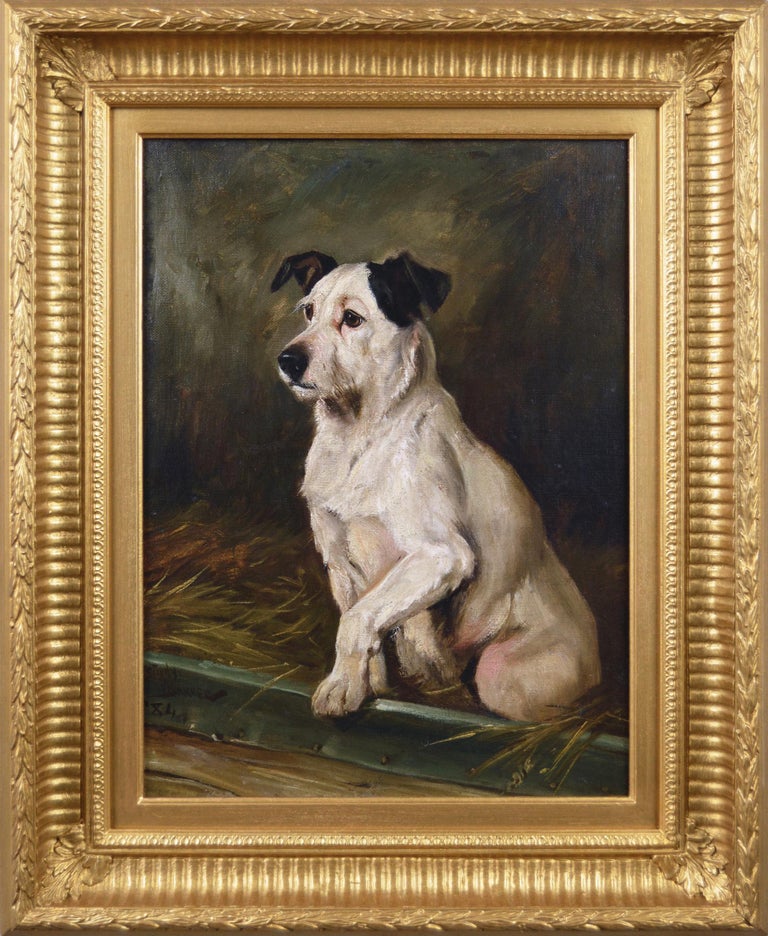 “Who couldn’t love this sweetheart of a face!!!!” 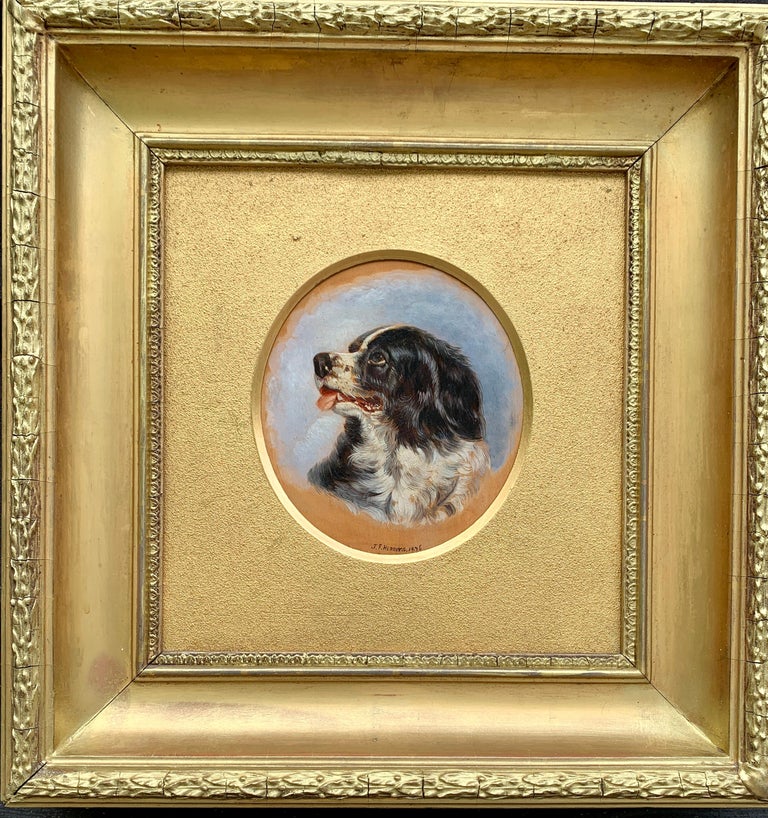 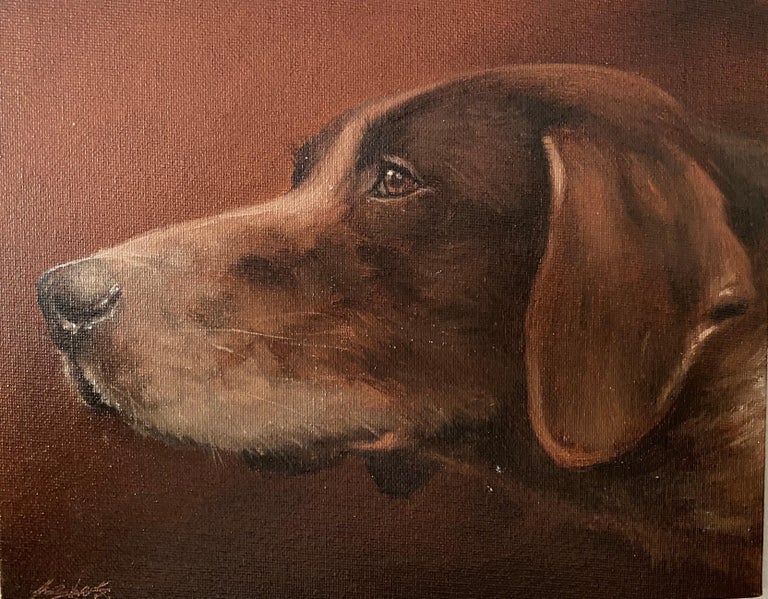 “I’ve been a lifelong Labrador owner and fan! Dogs — like everything — are better in pairs!” 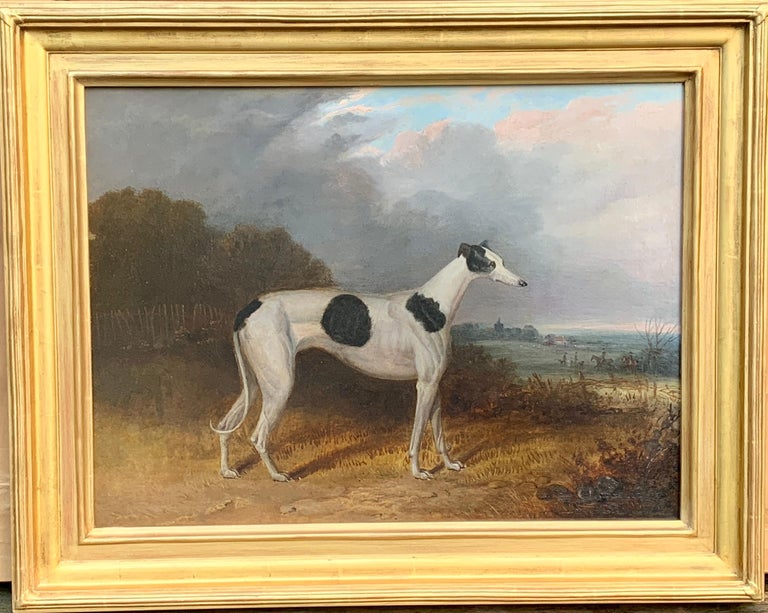 “How elegant is he! My friend John Rosselli had a whole flock of whippets, the smaller cousins of greyhounds. One day, I’ll have one, too. Who wouldn’t be happy with this house-trained and no-walking-needed handsome portrait?”