Berke Brings Buildings Back to the Basics 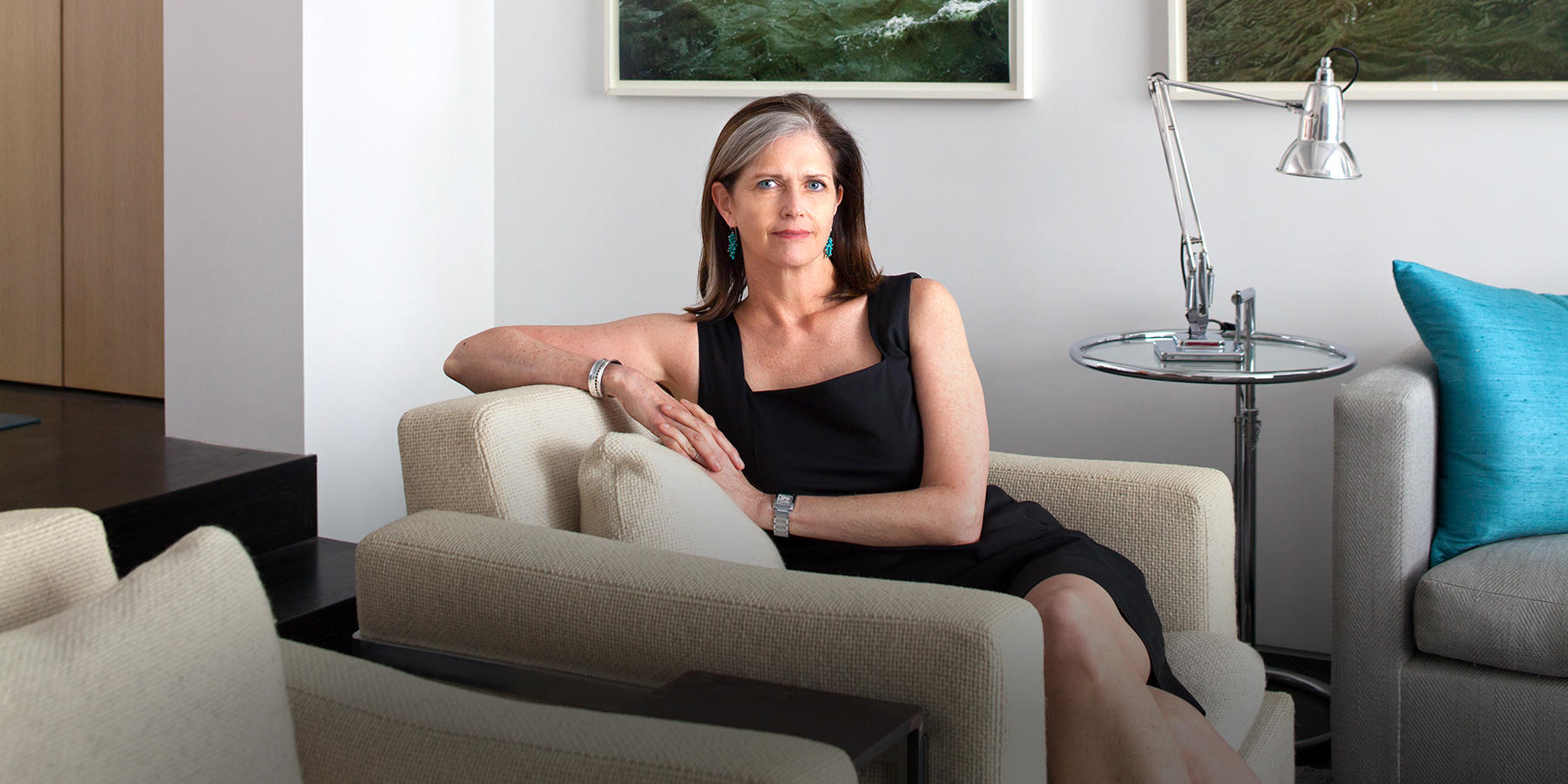 A master of understatement with an appreciation for natural light and strong lines, the seasoned New York architect Deborah Berke has created a crisp brand of modernism that is uniquely her own. 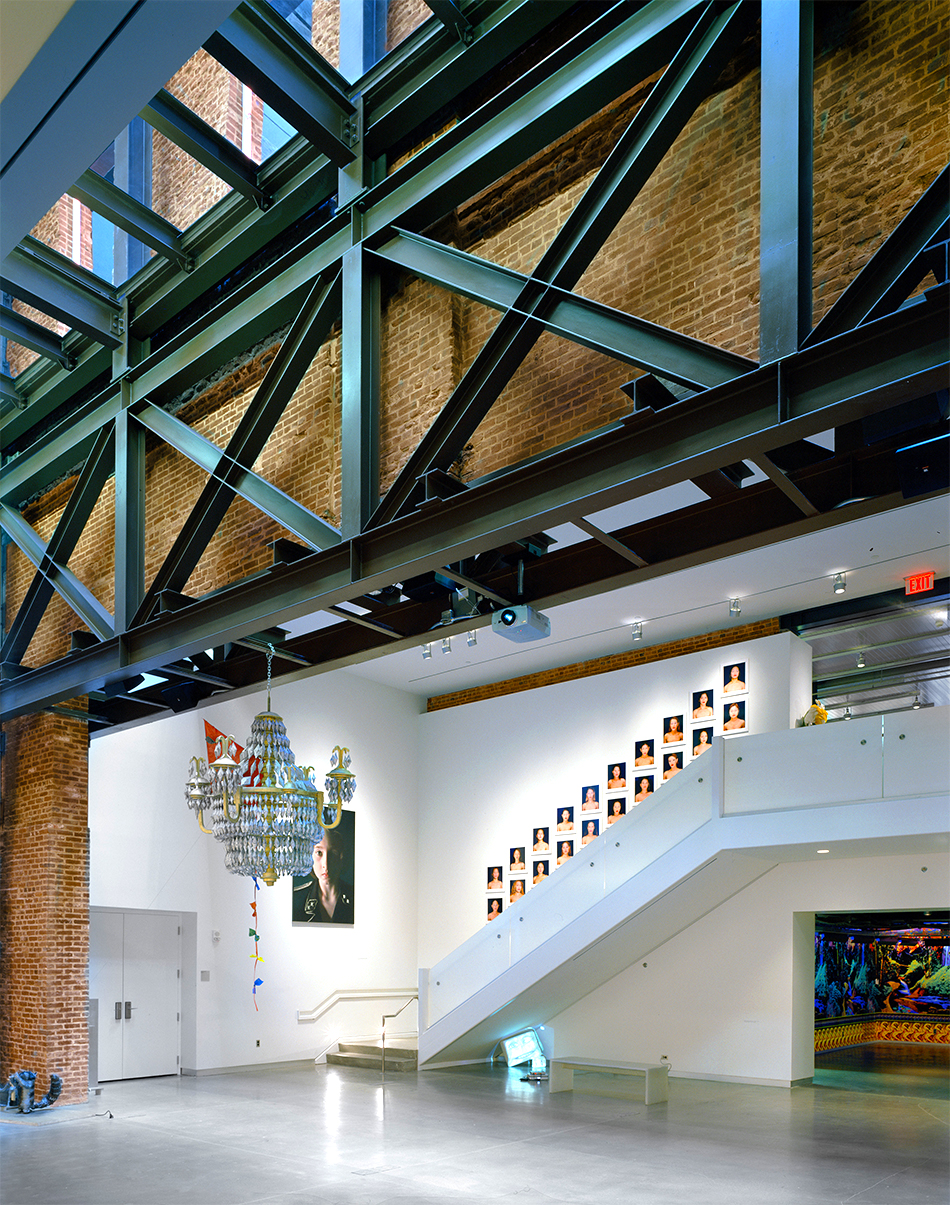 The architect Deborah Berke is an unfussy modernist who imparts a pared-down beauty to everything she designs, from an art-filled hotel to a university conservatory.

A self-proclaimed “downtown girl” who now lives in a maisonette on New York’s Upper East Side that she modernized to her taste, Berke gained a considerable measure of fame in the late 1990s for The Architecture of the Everyday (Princeton Architectural Press), the book she co-wrote with her friend,  architect Steven Harris. The influential volume rallied against architectural fads and praised the easily overlooked vernacular architecture all around us, like farmhouses.

Berke has maintained a versatile practicality to this day. Although she says she could be happy designing just about anything, the architect focuses her practice, Deborah Berke Partners, located just off Madison Square Park, on four types of commissions: chic hotels, like those for the award-winning, art-focused 21c Museum Hotels brand; buildings related to the arts, like New York’s Marianne Boesky Gallery and a forthcoming renovation of P.S. 122, a school-turned-performance space in Manhattan’s East Village; residential developments; and private homes.

The three properties of the 21c Museum Hotels group are perhaps her best-known projects, consistently topping reader-favorite lists in the likes of Condé Nast Traveler. Here, she has proved her strength in the adaptive reuse of old buildings and the elegant functionality of new ones.

“Her work is the essence of simplicity,” says 21c founder Steve Wilson, who established the brand in 2006 in Louisville, Kentucky, with his wife, Laura Lee Brown. For the Louisville flagship, Berke transformed five contiguous 19th-century warehouses, restoring their historic facades, connecting their interiors and carving out a huge central atrium to provide space for a 6,000-square-foot contemporary art museum. (Wilson and Brown are avid collectors and each of their hotels has an exhibition space.) 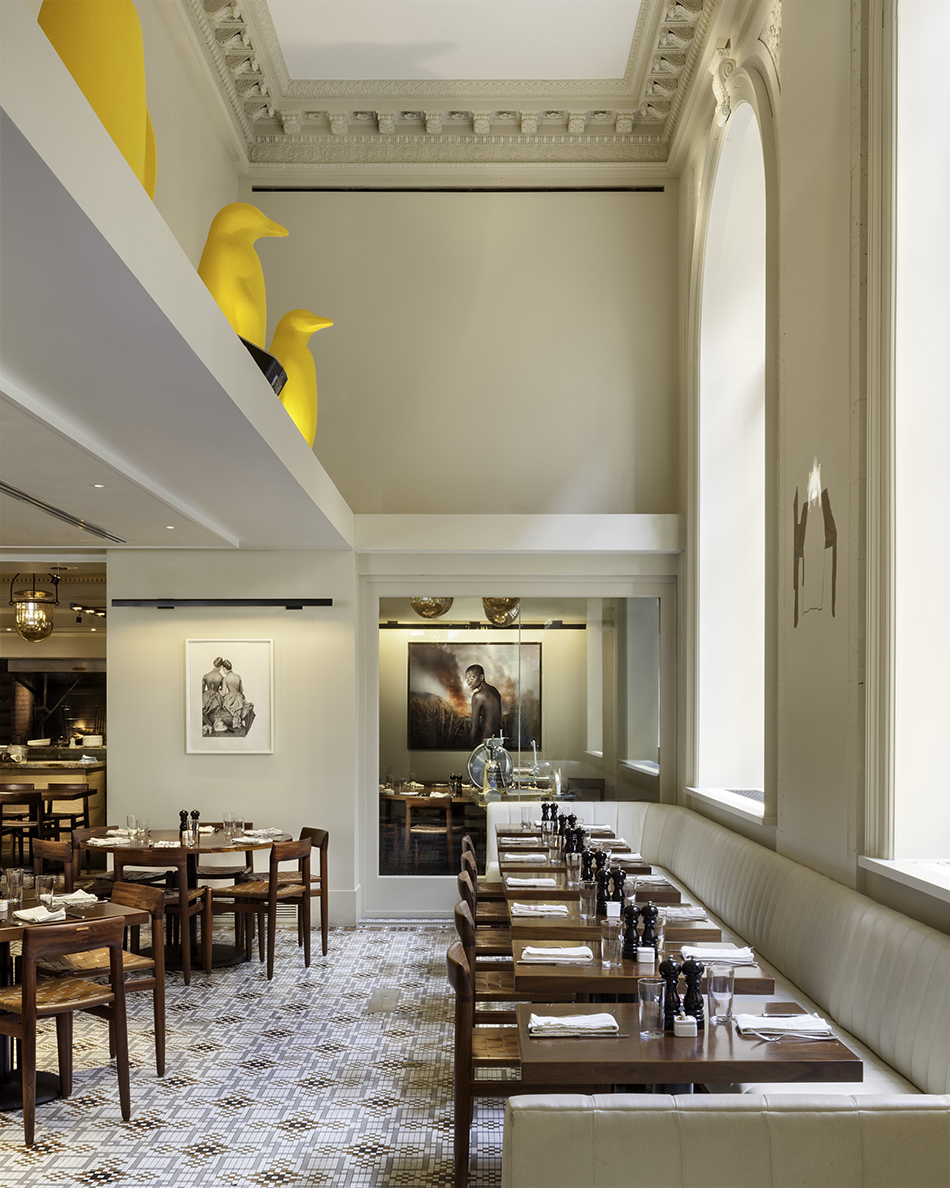 Berke fashioned 21c Museum Hotel Cincinnati out of the Metropole Building, built as a hotel in 1912 and listed on the National Register of Historic Places. Photo by Chris Cooper

Meanwhile, for the 21c in Bentonville, Arkansas – near the Crystal Bridges Museum of American Art – she created a four-story volume containing guestrooms and a series of dark-brick-clad pavilions in front of that housing gallery spaces. Light floods in from a series of stepped bay windows and a clerestory, a device Berke often uses. “I love natural light and playing with all the different ways you can bring it into a room,” she says. “And in a museum you need walls to hang art, so you have to put the windows somewhere else.”

For the 21c in Cincinnati, Ohio, Berke converted a stunning terra-cotta landmark building, and for the hotel’s newest outpost, in Durham, North Carolina, she’s working on adapting a bank by Shreve, Lamb and Harmon (of Empire State Building fame).

Berke often generates visual interest with asymmetry, stacking or nesting her simple, geometric volumes. “It’s a compositional strategy where things slip and slide and centerlines move,” she says. For the Bard Conservatory of Music, in New York’s Hudson Valley, for instance, Berke essentially designed two boxes, nesting a smaller, gray-brick one inside a larger, white-stucco one. Rich ipe wood abutting the windows enlivens the façade. The quiet design is right at home on the bucolic campus, which is known for its impressive collection of buildings, including dramatic examples by Frank Gehry and Rafael Viñoly.

“I love natural light and playing with all the different ways you can bring it into a room.” 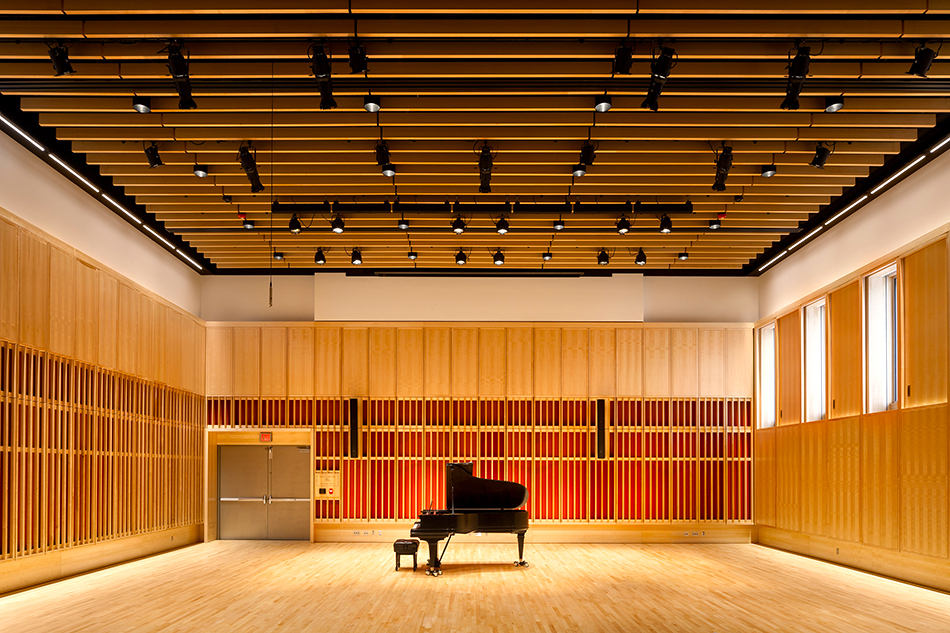 All the studios in Berke’s conservatory building at Bard College enjoy natural light. The structure is a quiet counterpoint to Frank Gehry’s more exuberant concert hall nearby. Photo by Chris Cooper 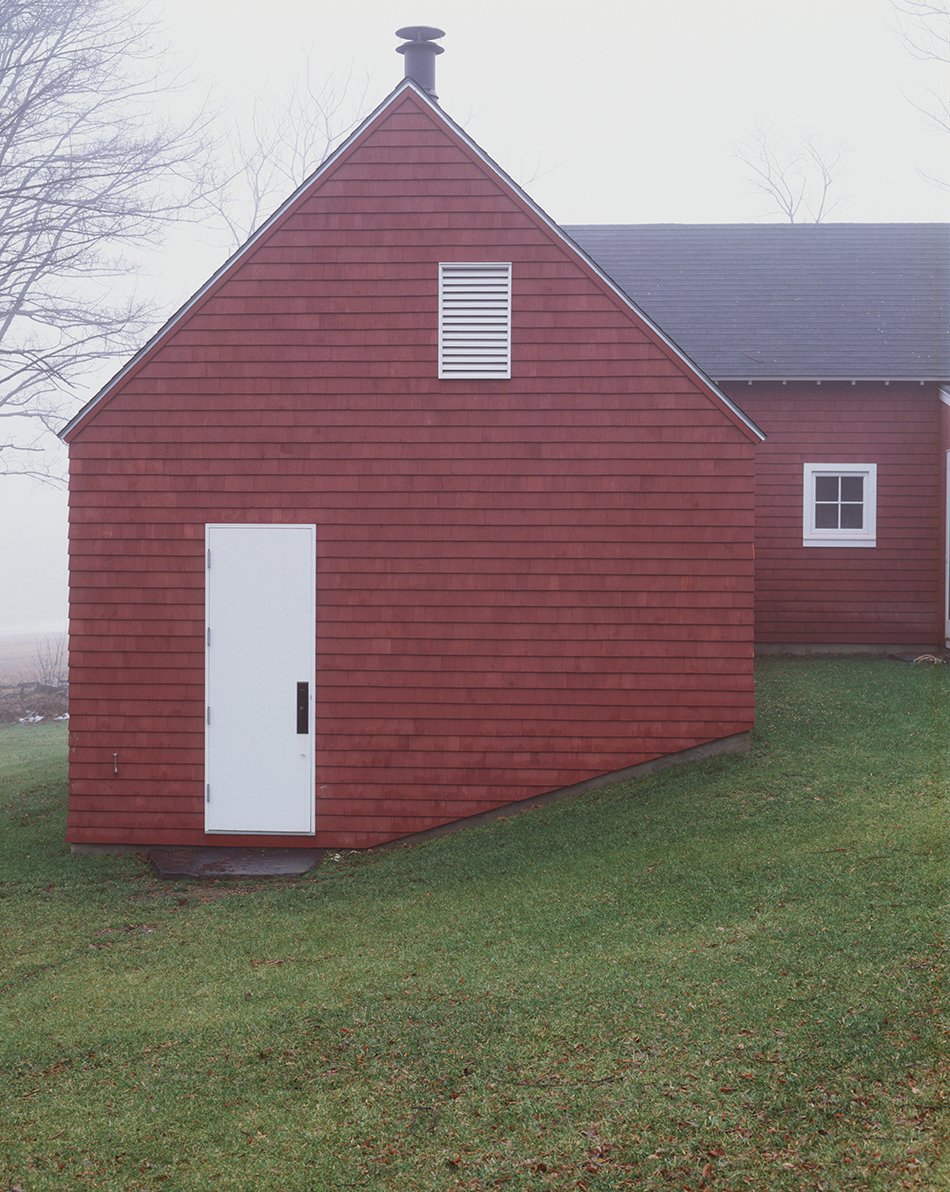 The studio Berke designed for artist Peter Halley in upstate New York harkens back to the vernacular structures she celebrated in her 1997 book, The Architecture of the Everyday. Photo by Eric Boman

At Yale, meanwhile, where Berke teaches architecture, her design for the School of Art looks like a factory whose brick façade has been partly torn away to reveal a ravishing puzzle of glass panes. And for Chelsea gallerist Marianne Boesky, the architect designed a space whose street-level facade is clad in corrugated metal and topped by a white-brick cube housing a residential unit.

Berke’s fondness for functional forms and materials like brick and corrugated metal may well stem from her urban upbringing in Queens. “I have a big interest in the NYC-everyday – the outer-borough aesthetic, the trestles, the third-rate bridges you’ve never heard of that lift or spin,” she says. “There’s a texture and grittiness to that stuff that makes my eye happy.”

Berke attended the Rhode Island School of Design, in Providence, but it wasn’t long before she was back in her hometown. “I did a couple of lofts for friends, the usual young-architect thing,” she says. But just after establishing her firm in 1982, an unlikely offer took her south: building some houses in the landmark planned community (famously featured in the film The Truman Show) in Seaside, Florida.

While that project helped launch New Urbanism — a movement born in the 1980s and emphasizing walkable, livable cities — its white picket fences and the pseudo-Victorian style of its homes doesn’t seem particularly Berkeian. The experience, however, helped provide her with essential training in the basics. “I really learned how to build at Seaside,” she says. “I was sitting there drawing with a pencil, and outside they were building what I was drawing. There was a building code, and you had to test the limits of the code. Some of what I did there was pretty modern.”

A serious interest in domesticity and livability has, in fact, been a hallmark of Berke’s work from the beginning. “I still love doing houses,” she says. “All this other stuff is exciting and interesting, but there’s something deeply satisfying to me about sitting and sketching a house.” 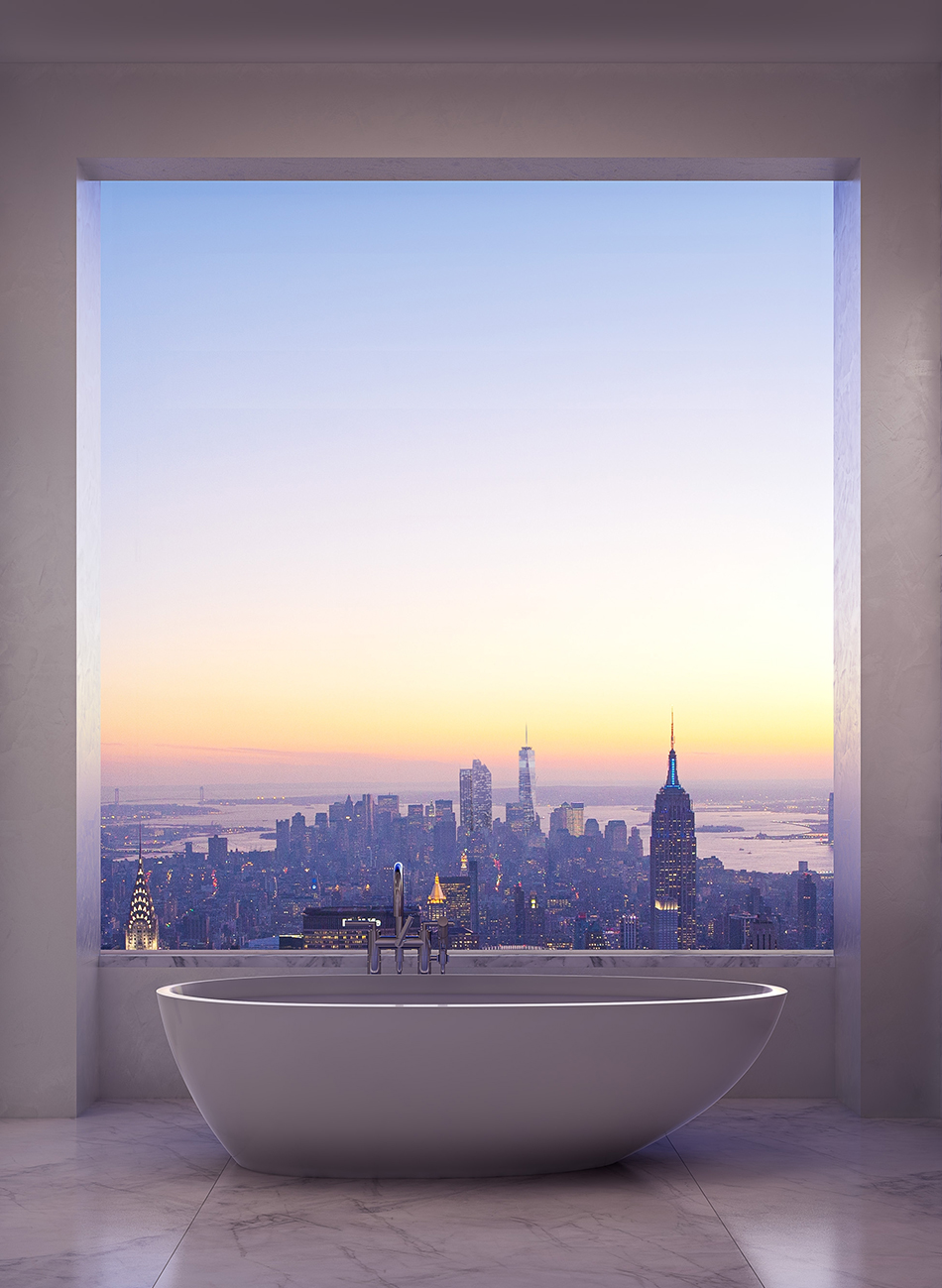 Berke was tapped to do the interiors of 432 Park Avenue, the high-profile Rafael Viñoly–designed luxury residential tower that will rise 96 floors over Manhattan and be the western hemisphere’s tallest residential building. Photo courtesy of CIM Group & Macklowe Properties

The architect’s own Hamptons home is signature Berke, comprising a modest set of interlocking boxes – separate volumes of cedar, brick and stucco – artfully tucked into a corner of a spacious lot. The natural landscape, as well as a large, irregularly shaped pool, take pride of place.

Despite her penchant for right angles, Berke isn’t rigid about the rules of modernism. “Many people say the flat roof is modern and the pitched roof is traditional, but I don’t think that way at all,” she says. For the painter Peter Halley’s upstate New York compound, for instance, she designed a red barnlike studio and guesthouse that combined a shingled, pitched roof with modern-looking extra-long windows.

Berke also knows when to up the glamour quotient, as she has for the interiors of developer Harry Macklowe’s 432 Park Avenue, a much-ballyhooed tower – the tallest residential building in the city – designed by Viñoly and due to be completed later this year. Some of her touches include long marble breakfast bars flush up against the panoramic kitchen windows, oak herringbone floors and three-panel doors. Berke’s scheme combines traditional uptown luxury with the best parts of an edgier downtown loft. Unsurprisingly, the sky-high apartments are quickly being snapped up.