Deborah Martin Collects Haute Fashion to Enjoy (Not to Show Off) 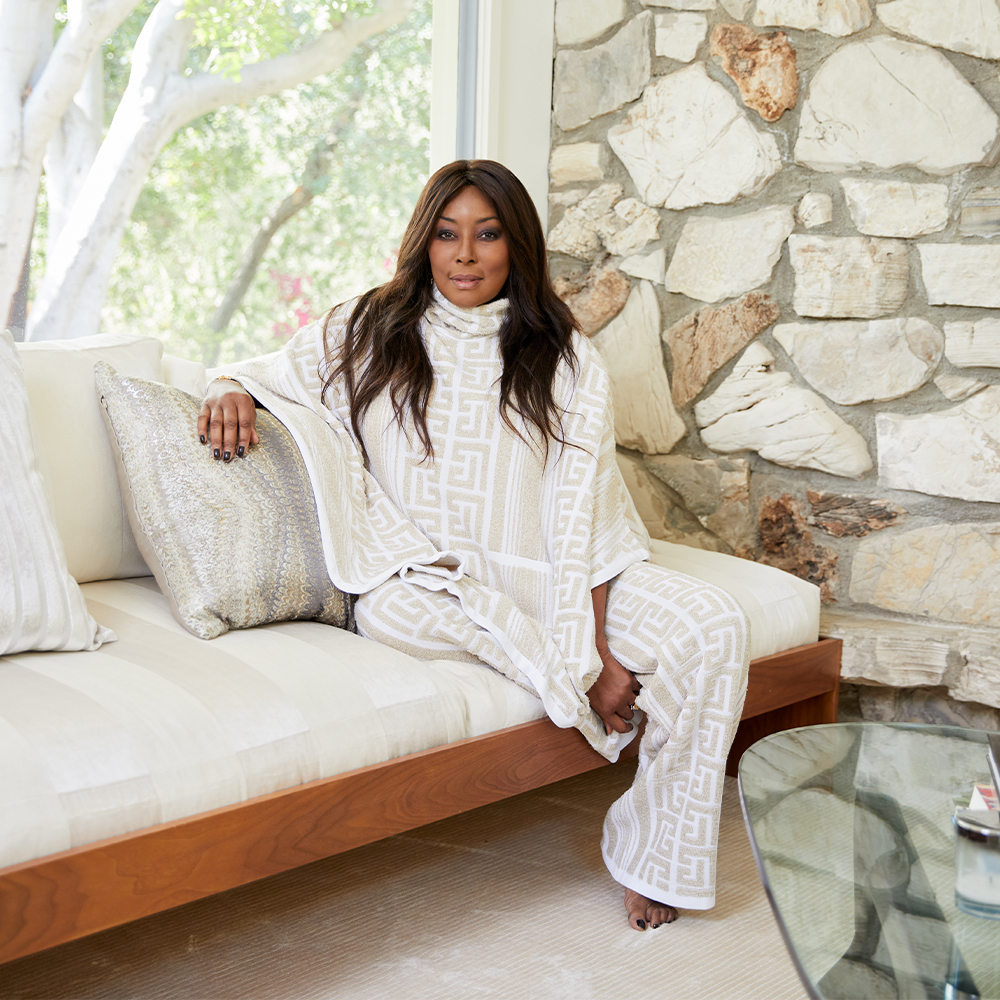 Whether in boardrooms, at runway shows or on the soccer field, the Milan- and Los Angeles–based sports and entertainment strategist combines easy comfort with enviable chic.

February 18, 2022Los Angeles– and Milan-based sports and entertainment strategist Deborah Martin always dresses her best, whether she’s jetting off to Rio de Janeiro to negotiate a contract for an international soccer star, being honored as a Woman of Distinction at a benefit luncheon in New York or attending Chanel fashion shows in Paris.

“I love beautiful things and appreciate craftsmanship and gorgeous fabric,” says the 50-something Martin, who will give clothes away only when her closet is “bursting.”  As a result, she rotates through an extensive and varied wardrobe of designer fashion and jewelry dating from the 1960s to today.

A favorite of the late legendary New York Times street photographer Bill Cunningham, Martin brings a personal twist to the work of even the most established designers. She will shorten a new Gucci dress to make it “sexier,” throw on sneakers with a Dolce & Gabbana gown or pair a tulle skirt from Amazon with Chanel leggings for a creative black-tie event. But she steers away from flashy logos because, as she explains, “it’s not about showing — it’s about enjoying.”

When she’s not running her international consulting agency, DM Milan Group, Martin is using her sports-business background to produce Project SAM. The documentary series follows a U.S. Goodwill teenage soccer team she founded — also named Project SAM  — around the world to show how the game can teach empathy and foster an understanding of other cultures. “This is what’s most important about me, besides being a mother,” she says.

The South Carolina native — who credits the women in her family for igniting her passion for fashion — recently spoke with Introspective from her Milan apartment about her inspirations and her advice for fellow aficionados of couture and vintage women’s wear.

﻿How did you develop your interest in fashion and what was your first designer acquisition?

My mother is a true Southern belle who wore evening gowns to entertain at home, which she and my father often did. She loved Chanel, Dior and subscribed to all the fashion magazines. I always thought she was the most elegant person in the room. I still have some of my mom’s Dior suits from the Marc Bohan era and a late-sixties, early-seventies Gucci handbag.

My grandmother was also very elegant and would buy me a special dress for each birthday and would take me to fittings for my undergarments, which were custom-made. That was my life growing up in the seventies. There are still places where one can have custom undergarments made, though I no longer do.

I got my first designer outfit in high school, when I went through a stage of being very formal and wanting to look grown-up. I bought a black Donna Karan skirt and jacket with beautiful gold, almond-shaped buttons. It was very chic and a major step up from my Polo cords and Gloria Vanderbilt or Jordache jeans.

John Galliano and Chanel are staples of your wardrobe. What about these lines appeals to you?

My mother loved Dior, and she still talks about the Saint Laurent days, though that was before my time. I started to wear Dior in 1996, when John Galliano arrived on the scene. It was amazing!

I had worn Galliano for years by then. His pieces were like art. He is a true master. I have such an appreciation for the craftsmanship — his ready-to-wear was like couture. The suits even had built-in corsets. At the time, Madonna and I were the only ones I saw wearing those pieces, which I loved.

But no other designer has suited me as well or made me feel as happy and as confident as Karl Lagerfeld for Chanel. The fashion is specifically elegant, yet you could make it your own.

I’ve never tried a piece that didn’t work for me, because it was so easy to find my look in the styling of such amazing tweeds and cuts — luxury down to the buttons and stitching. I’ve been in boring meetings or situations and simply looked down at one of the beautiful buttons and gotten a lift, a recharge.

Karl understood the emotion fashion evoked, and how beauty elevates. I have an extensive collection of Chanel that I think has some of Karl’s strongest pieces over the past two decades. Most of my coats and evening gowns are from the Métiers d’art collections, which showcase the craftsmanship of French artisans.

What inspires your fashion interests these days?

Comfort. I’ve always been about comfort but also felt that, every now and then, an evening of discomfort for beauty’s sake was OK. I don’t feel that way anymore. I want to feel good, and feeling good looks good on everybody.

Halston was about comfort. I have always had a fascination with Andy Warhol and the whole Studio 54 scene. I missed that time because I was too young, but I thought the Halston show on Netflix was amazing and made me more interes[]ted in his work. I already had some vintage Halston caftans I bought at Decades, in L.A. I actually discovered 1stDibs for fashion by looking for vintage Halston.

I was also inspired by the 1999 film The Thomas Crown Affair. After watching it, I went out and bought the whole line of Celine that Michael Kors designed for Rene Russo’s character.

What advice do you have for people just starting to buy new or collect vintage designer clothing?

I see a lot of people start with a designer bag. That’s their entry to luxury. But oftentimes, the bag is not the heart of what the designer is all about — though I do have some beautiful custom Tom Ford Gucci bags, like an ombré one with a wood handle.

Instead, start with a beautiful jacket and tweak it. I make all my clothes my own and often have them subtly reconstructed or remade to fit me better, which you can do because there’s such a high level of construction in the originals. Chanel, for instance, always tucks fabric into the seam intentionally so you can play around with what you buy.

I use Chanel’s tailors for their clothes, and for everything else, I have my Russian tailor, Irina, in L.A. She laughs every time I walk in the door because she knows I am going to do something fun and creative. 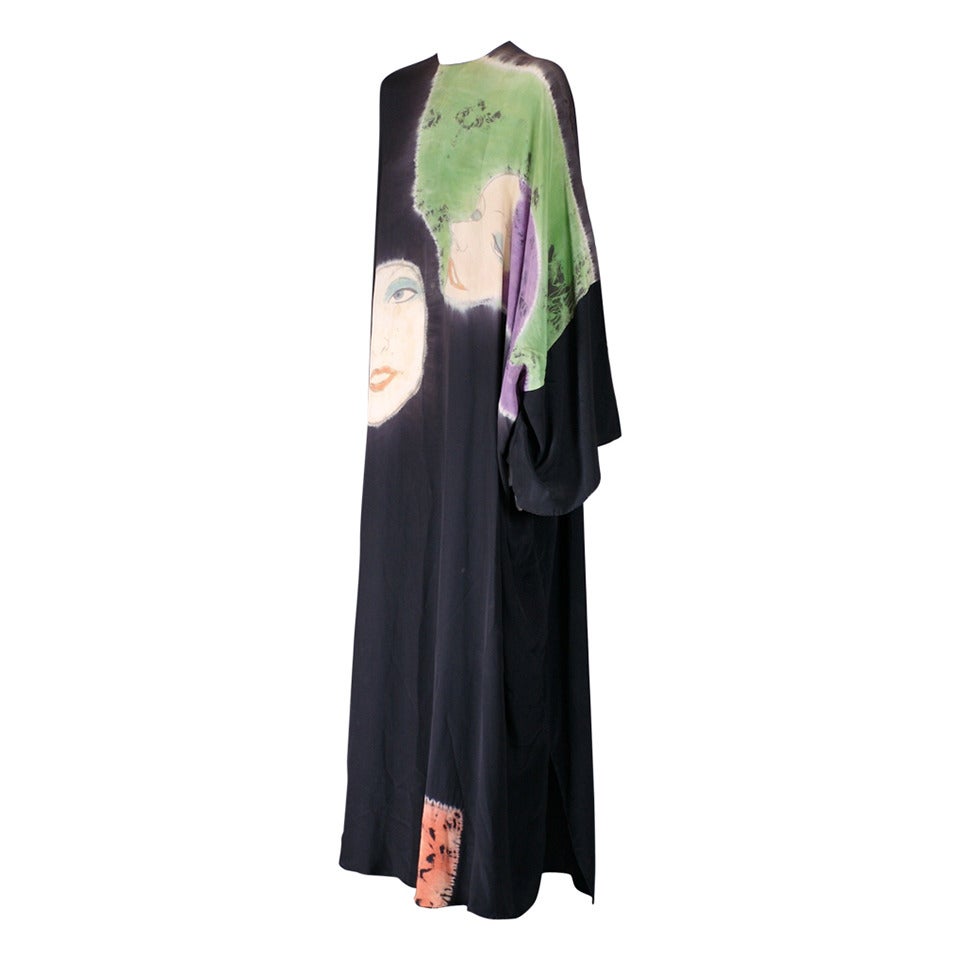 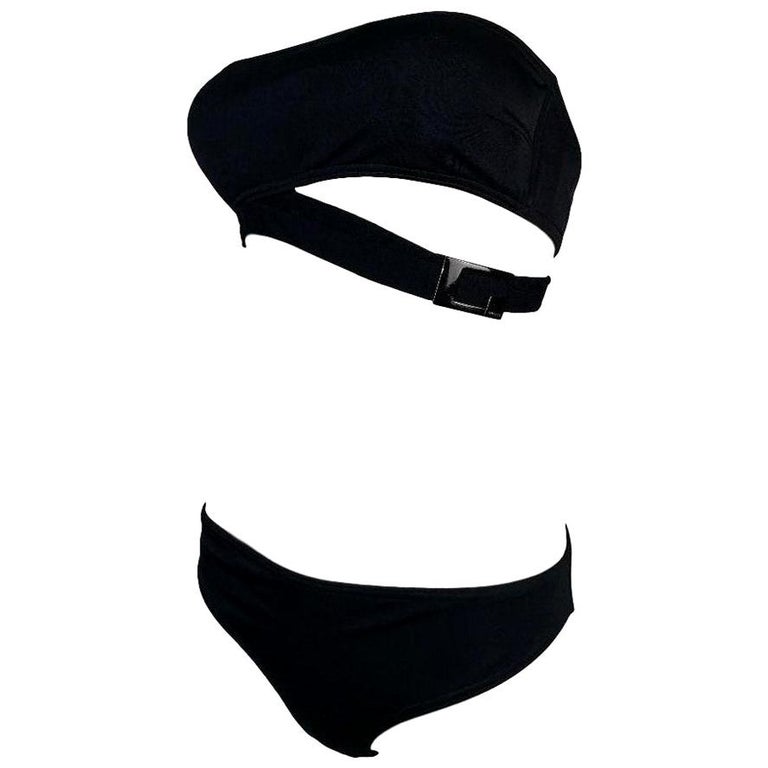 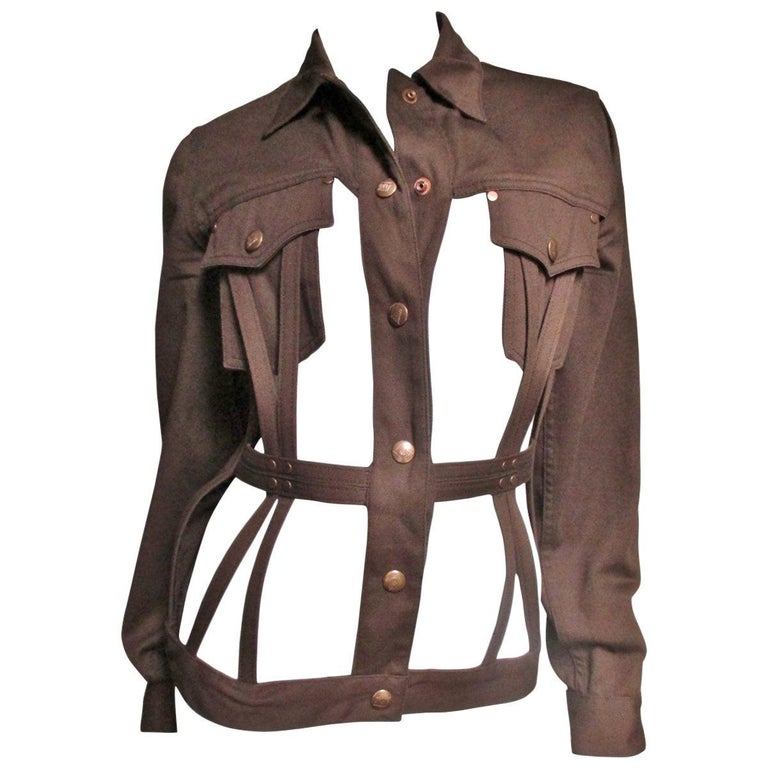 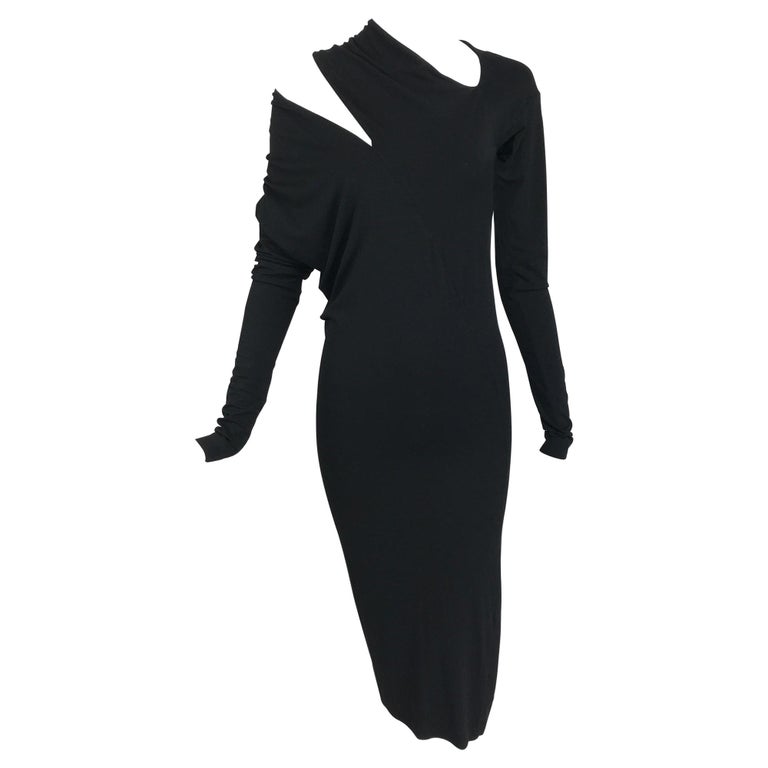 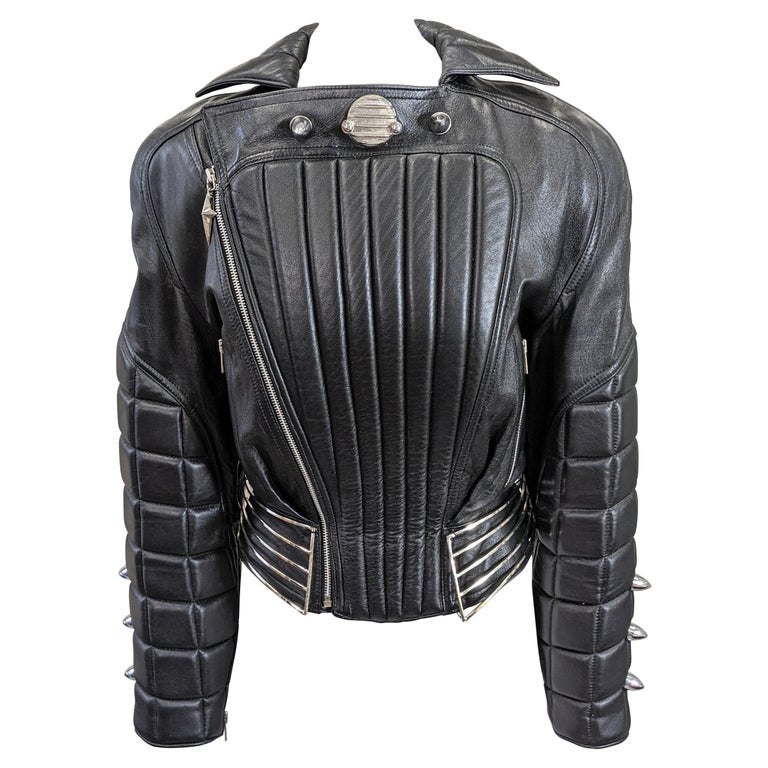 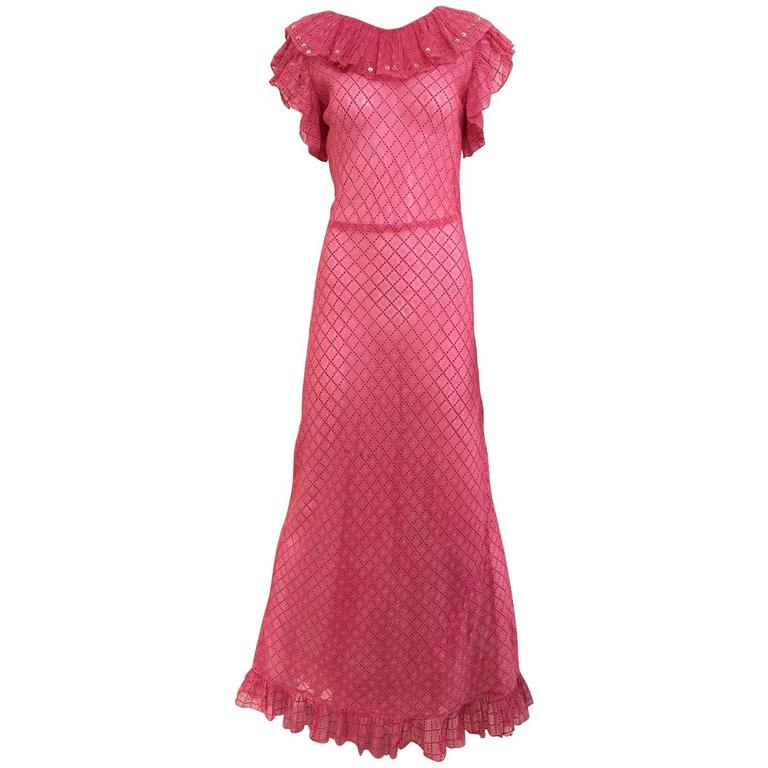 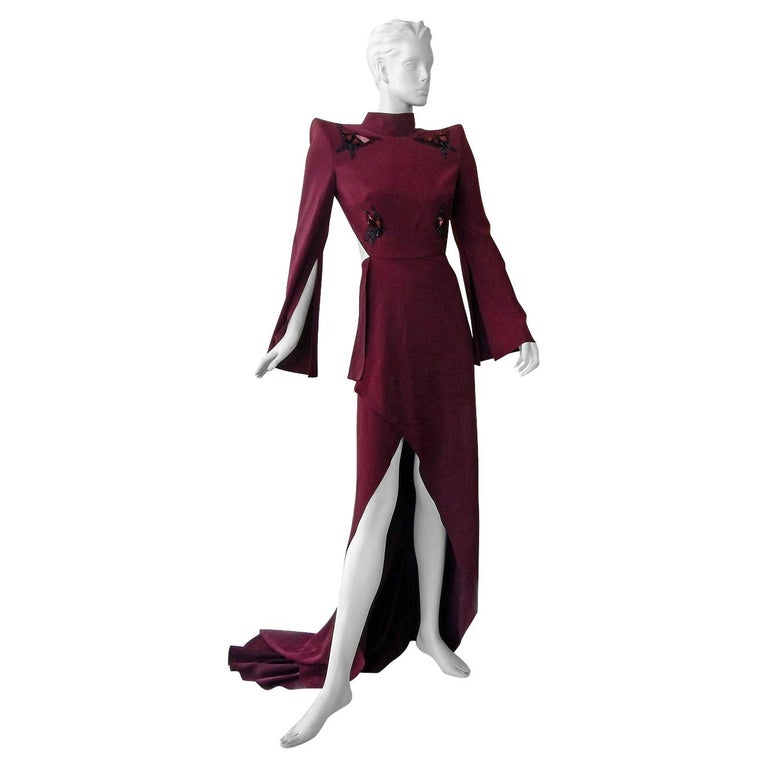 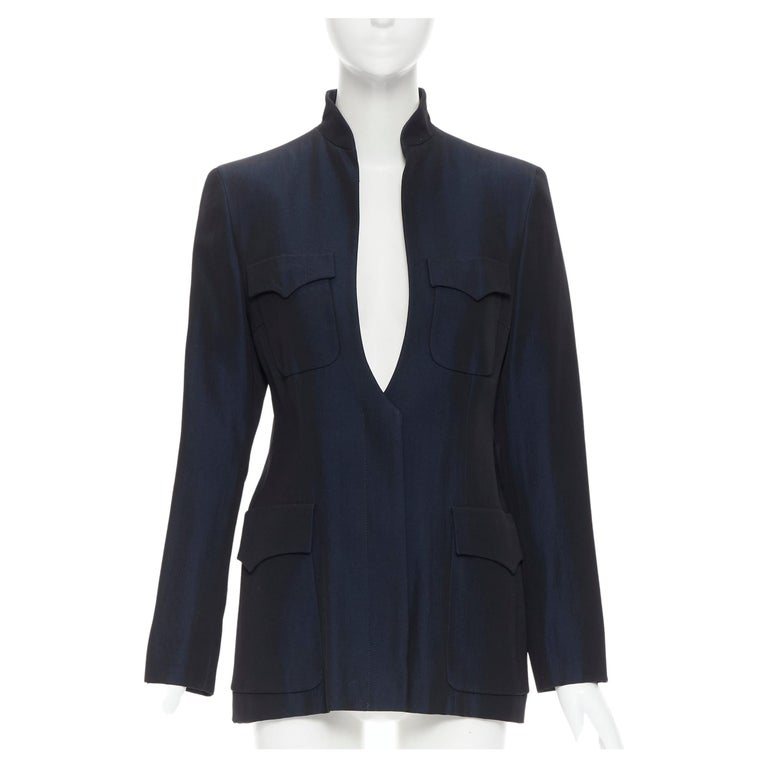 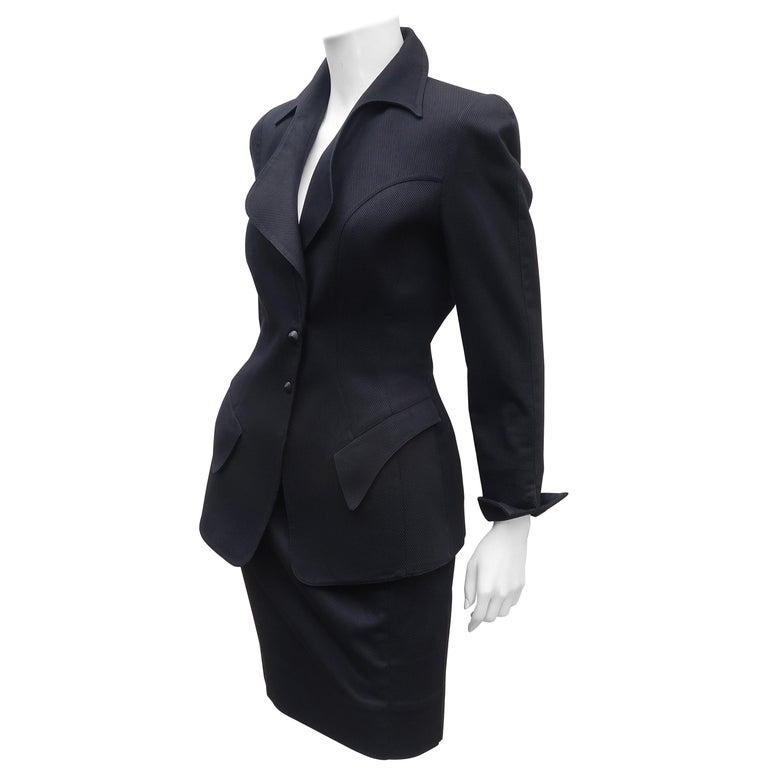 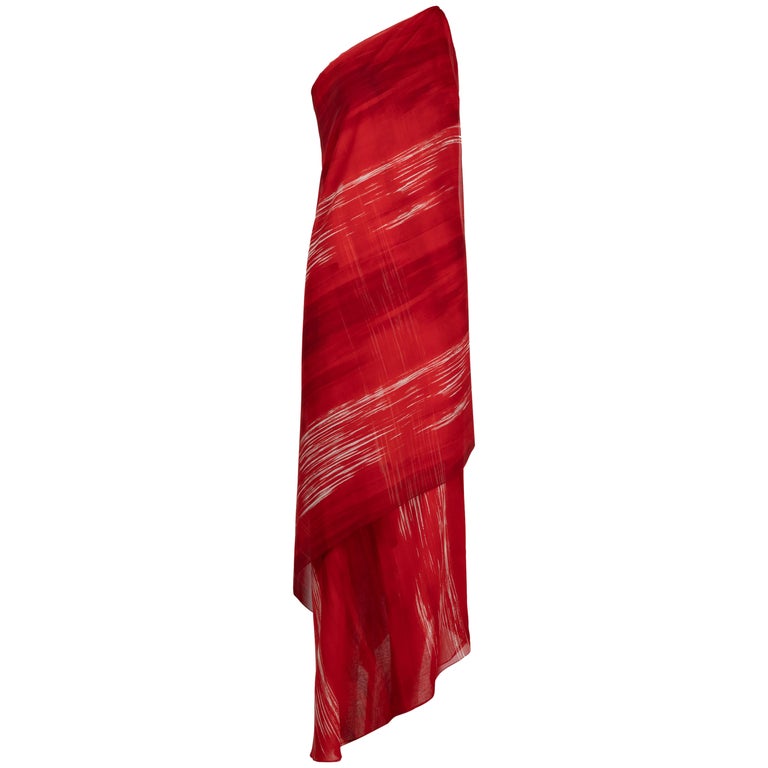