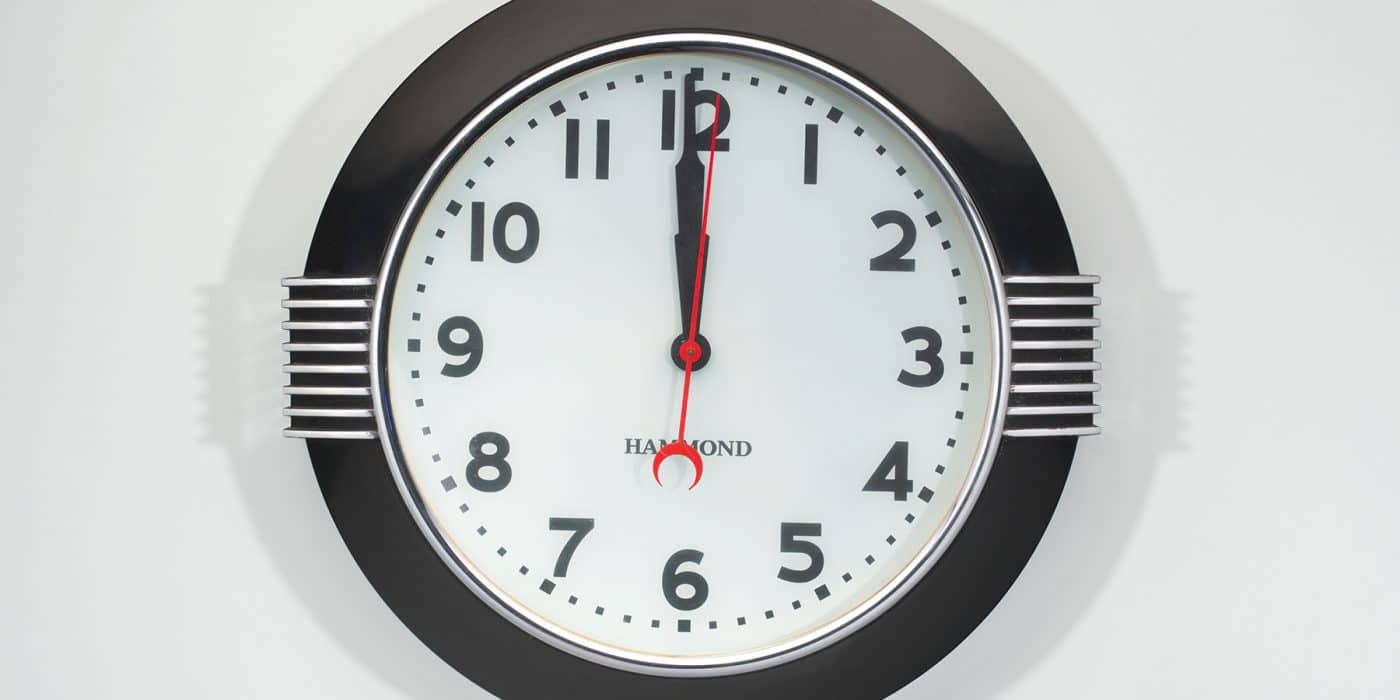 October 28, 2018When considering world capitals of the late Art Deco style known as Streamline Moderne, we might think of New York, Los Angeles, London. The Midwest would probably not immediately leap to mind.

But the region was indeed a hub, as demonstrated by the exhibition “Modern by Design: Chicago Streamlines America,” which opened on October 27 at the Chicago History Museum and remains on view through December 1, 2019. One look at a 1930s coffee service by M. W. McArdle, the president of local home-appliance manufacturer Sunbeam, in chrome plate with black enamel stripes and fluted Bakelite handles, and you feel the whoooooosh of the style’s appeal, like a train passing by. 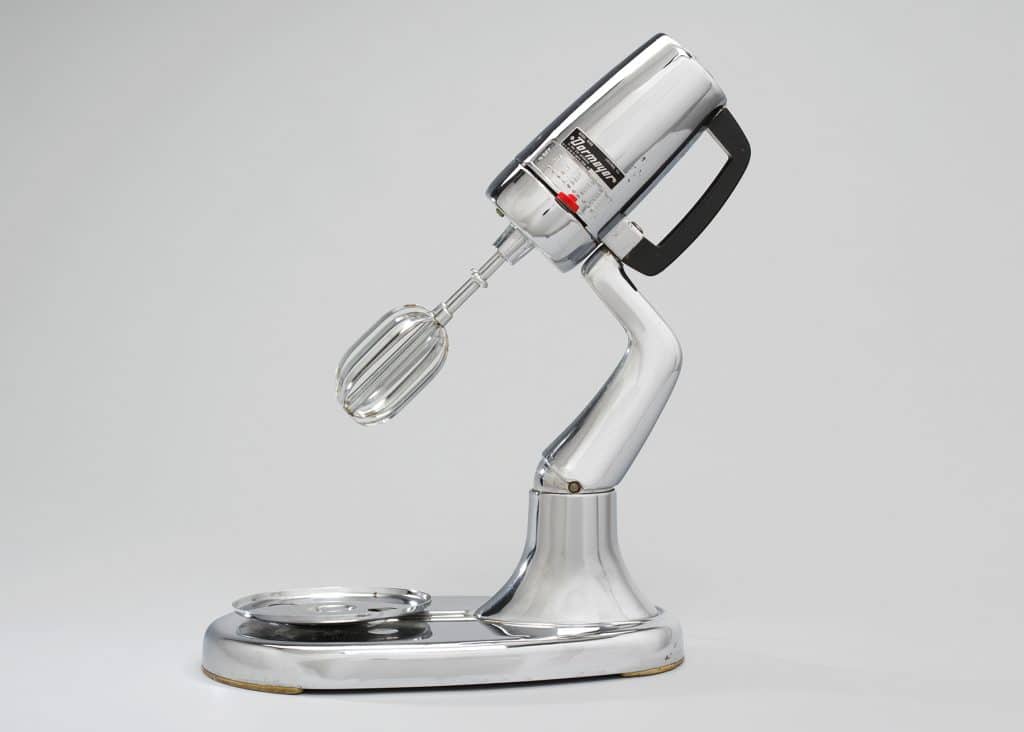 A new show at the Chicago History Museum reveals the major role the Windy City played in the late Art Deco design movement known as Streamline Moderne and showcases such objects as this stainless-steel electric mixer made by A.F. Dormeyer Manufacturing Co., ca. 1930. Top:  A wall clock designed by George Stephens and made by the Hammond Clock Company, 1938. All photos courtesy Chicago History Museum

This broad and scholarly show, comprising more than 300 works, is part of Art Design Chicago, the omnibus 2018 event that features more than 25 exhibitions mounted in various institutions, plus hundreds of public programs. It can be thought of as a Midwestern version of Pacific Standard Time, the popular Los Angeles–focused mega-show that has so far had two iterations.

Art Design Chicago has a huge diversity of components — on view this fall is also an exhibition at the Art Institute of Chicago about the 1960s group known as the Hairy Who?, as well as a couple of looks back at the metropolis’s 1893 World’s Fair  — but its overall point is clear: The Windy City is owed some attention and is finally getting it.

“We know how great it is here, and we need to get that message out,” says Elizabeth Glassman, the president and chief executive of the Terra Foundation for American Art, which is largely underwriting Art Design Chicago, to the tune of some $6 million. 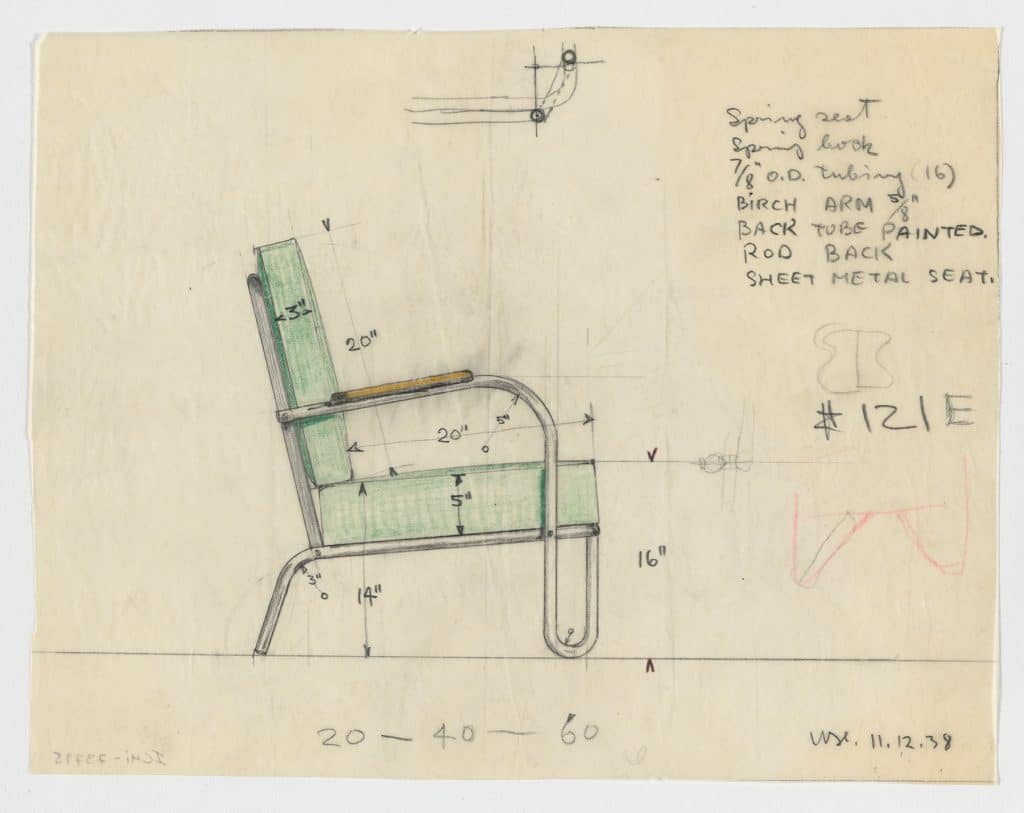 In addition to completed works, the show includes process pieces, like this late 1930s design drawing for a tubular steel chair produced by the Howell Company.

Chicago’s location in the middle of the country and its status as an early rail hub — along with the cultural ramifications of those facts — are threads that run through the shows. “This idea of its being a crossroads and a place to exchange ideas is so important,” says Glassman.

Nowhere is the importance of Chicago’s role as cultural nexus better exemplified than in Streamline Moderne. Nevertheless, notes Olivia Mahoney, the History Museum’s senior curator and the organizer of “Modern by Design,” the show has to overcome the common perception that skyscrapers are Chicago’s big contribution to design in the first half of the 20th century.

“Architecture is our calling card, but we made huge contributions in these other areas,” says Mahoney. Her exhibition gives us not towering buildings but many eye-level and human-size items, from tubular steel furniture designed by Wolfgang Hoffmann for the Illinois-based W.W. Howell Company to ingenious appliances made by Sunbeam and even toy trains. Most of the objects are from the museum’s own collection. 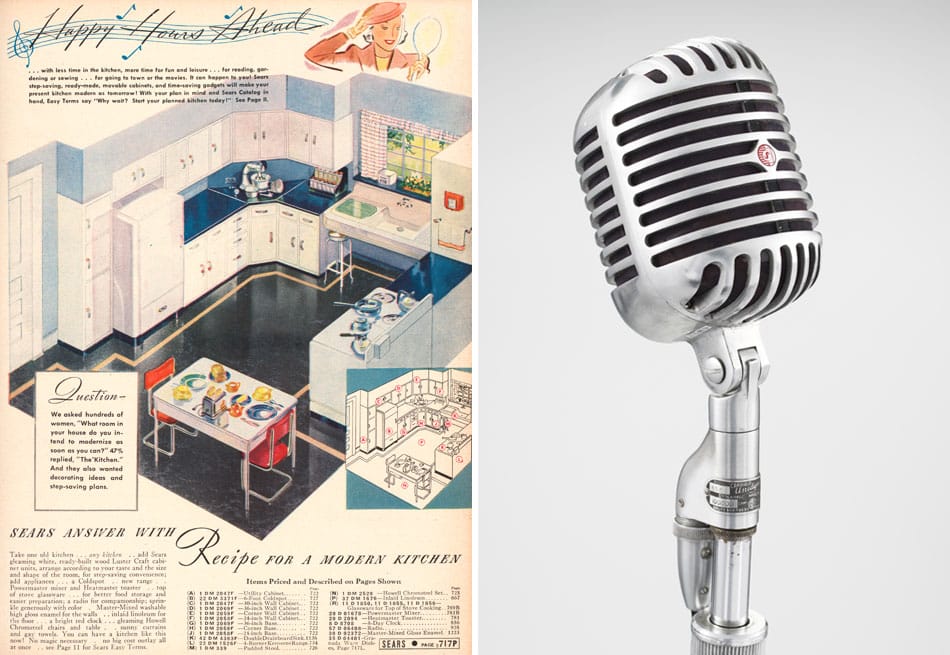 Left: Graphic design and advertisements — such as this 1939 example from a Sears Roebuck & Co. catalogue — feature prominently in the exhibit. Right: The Chicago company Shure Brothers made this Unidyne microphone around 1940.

One thing the show doesn’t feature is the word deco. “Streamline is what was used at the time,” says Mahoney. “Deco came in as a term in the nineteen sixties, applied to a wide variety of things from the twenties and thirties. It can confuse people — we’re always struggling against that term.”

Streamline Moderne, sometimes known as Art Moderne, was a phenomenon largely of the 1930s, post–Art Nouveau. “It was in the nineteen thirties that Chicago made its best contribution, though in some ways it lasted until the nineteen fifties, with an interruption for World War Two,” says Mahoney. 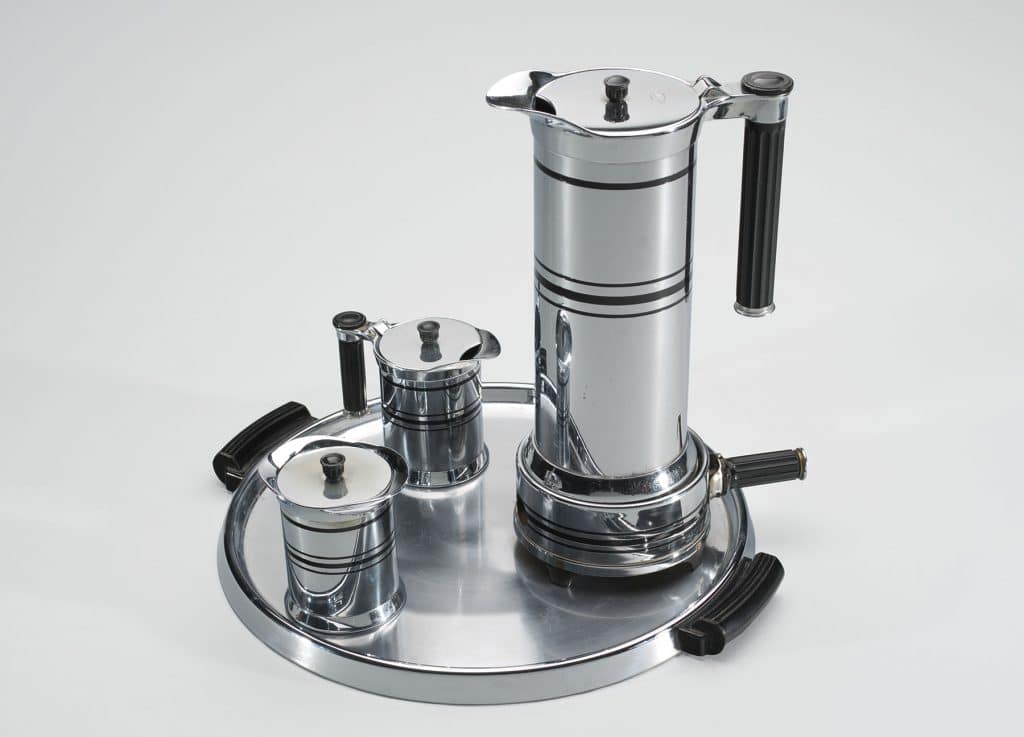 Michael McArdle designed this coffee set, made by the Chicago Flexible Shaft Company, in 1935.

The style was characterized by long horizontals and nautical motifs. “Less color and clutter, and more movement,” explains Mahoney, adding that in Chicago, “our strong suit was really product design, with graphics as a close second.”

Take an ad in the show for a 1935 Sears Coldspot refrigerator. Created by Sears consultant and industrial design legend Raymond Loewy, the appliance, with its comely curves, saw sales soar as a result of the promo. (Loewy was also responsible for one of the show’s most striking items, a working Farmall B tractor.) The Coldspot’s success exemplifies one of the ironies of the Streamline style: that it managed to thrive despite coming to the fore in the midst of the Depression.

“Prices came down, and some people were still working,” says Mahoney. “A pre-credit-card item called easy payment was introduced. In that environment, people saw modern design as a way to stimulate spending. The motive was to survive.” 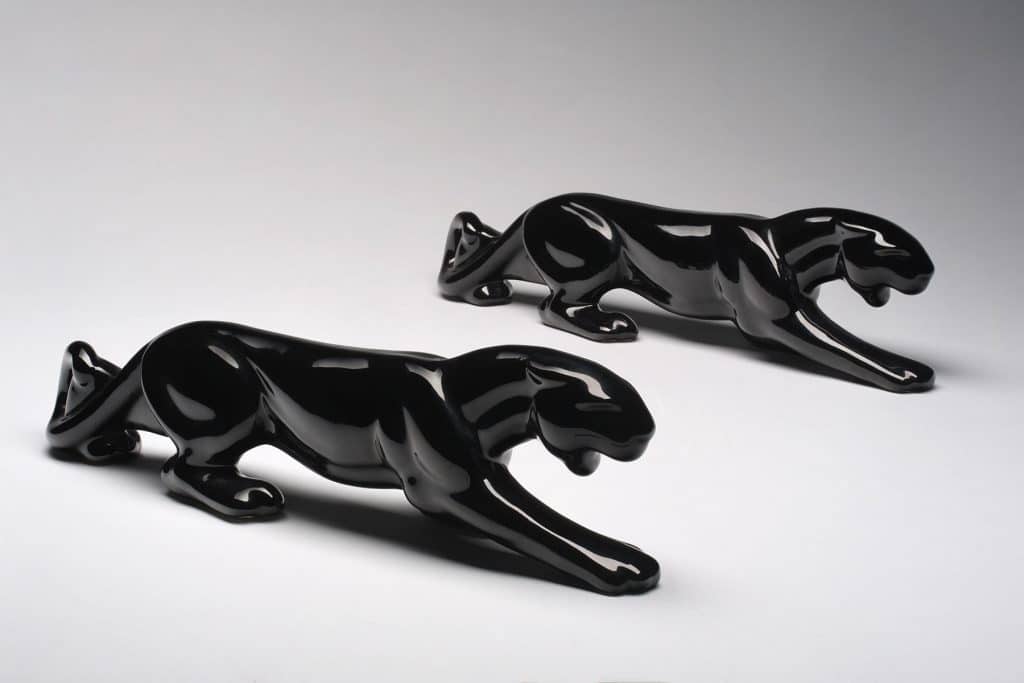 A matching pair of black panther ceramic figurines, designed by Royal Hickman for Haeger Potteries in 1952, stalks the show.

The exhibition contains lots of printed material, from posters to magazine ads to booklets and even a Cubs scorecard. “Not only was Chicago a manufacturing capital, but it was the printing capital of North America, and it played a leading role in getting this style to mainstream America,” says Mahoney. “Chicago pitches it to the great middle.”

Perhaps the style’s single most famous avatar, however, was the ribbed, bullet-like Burlington Zephyr train car, to which the show devotes an entire section. Trains in general were a frequent motif at the time, as evidenced by a gum advertisement designed by Otis Shepard: “Out in Front with Wrigley,” the copy says, with the curved nose of a locomotive zooming into view.

“Modern by Design” feels upbeat in a way that seems particularly needed right now. “There was a real search for something new,” says Mahoney. “It was time to be in the twentieth century and get rid of the past. It was a ray of hope in a tough time.” 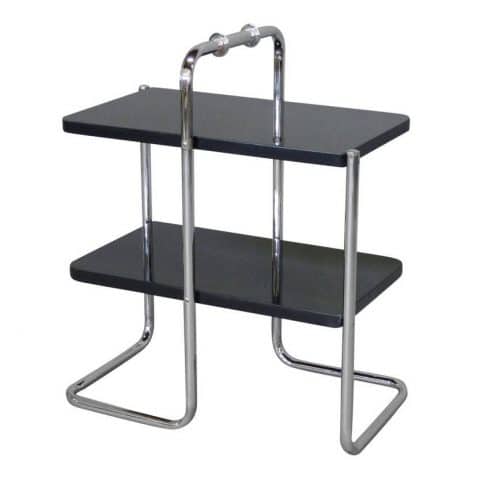 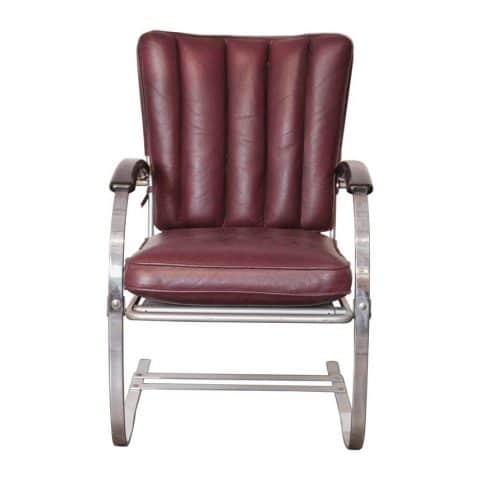 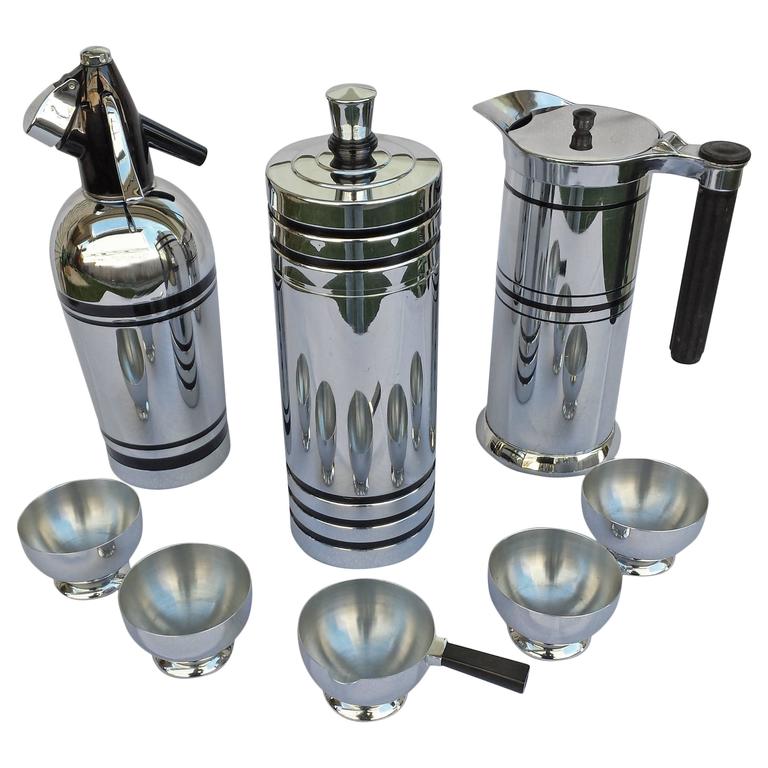 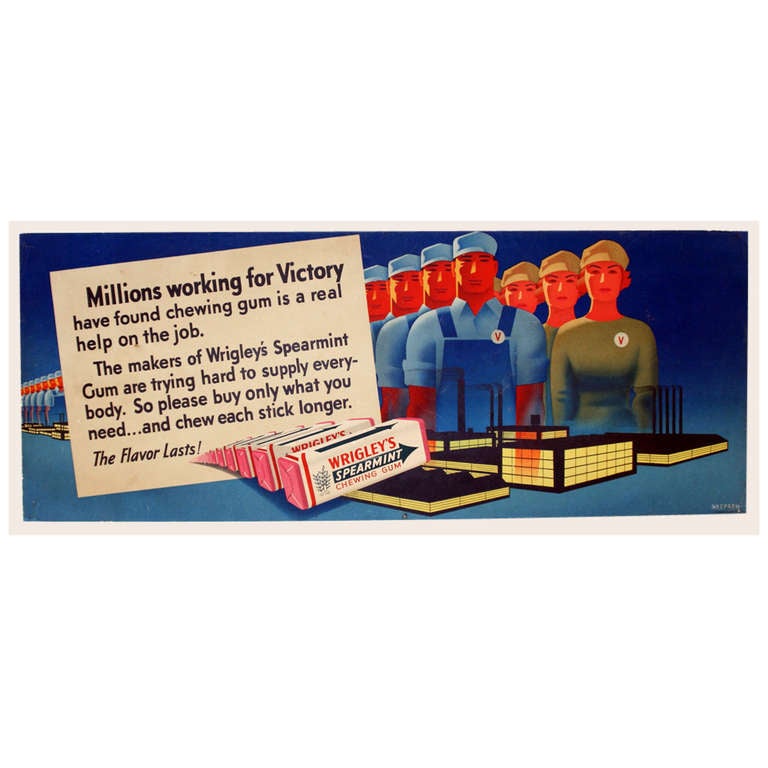 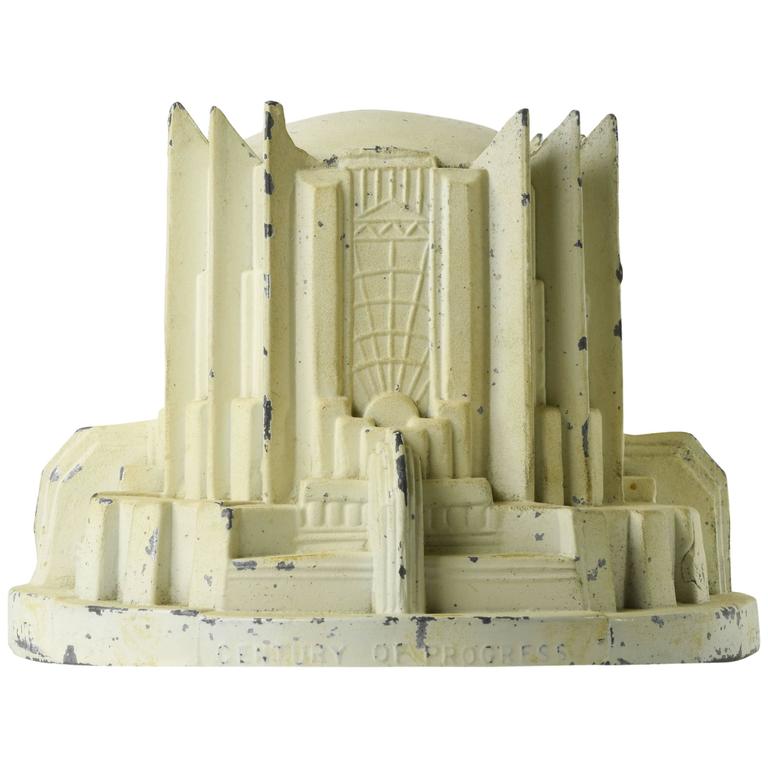 Shop Now
Architectural souvenir model of the Travel and Transportation Building from the Chicago World's Fair, 1933, offered by Piraneseum