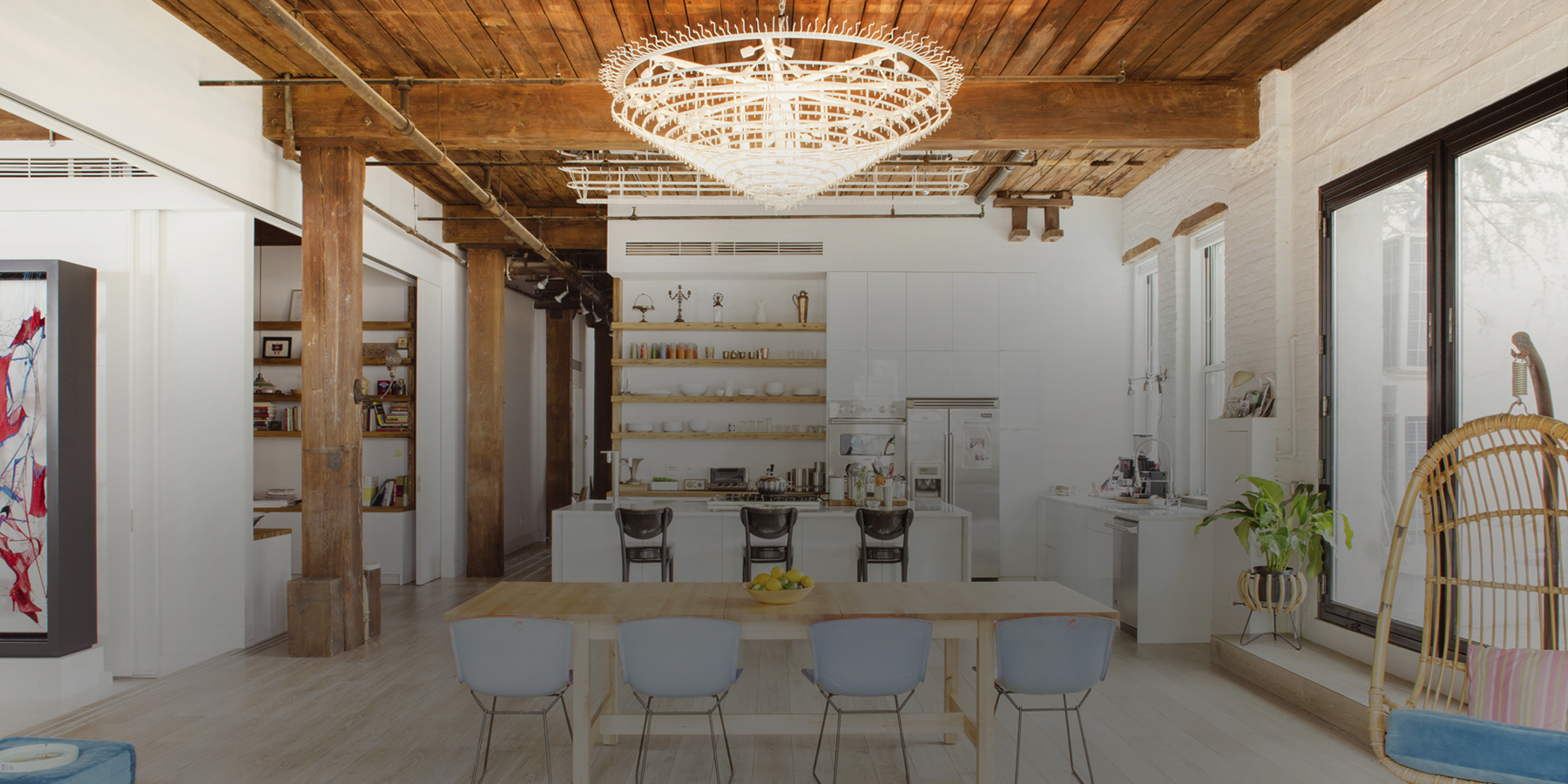 Equal parts preservationist and renovationist, California-born Brooklyn-based architect Elizabeth Roberts has cultivated a collection of discriminating clients who come to her for sensitive and smart redesigns of historic residences in her home borough. 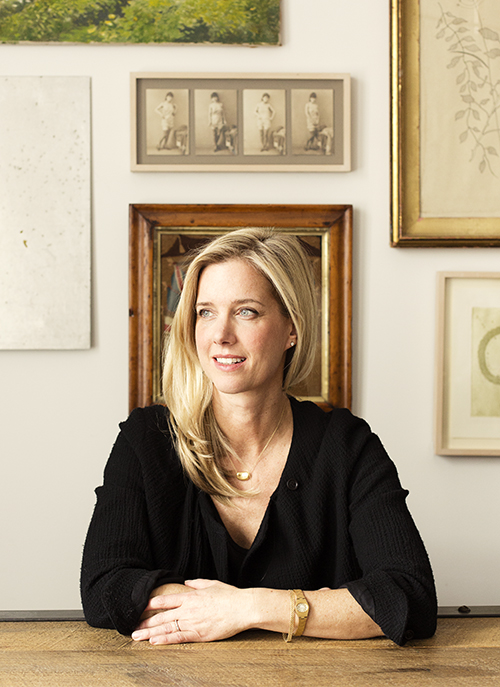 It’s really a great gig,” says architect Elizabeth Roberts of her specialty: revamping townhouses in Brooklyn’s charming residential neighborhoods. Her clients expect her to erase the ravages of the past, like the graffiti that covered her own 1866 house in Clinton Hill when she bought it in 2007. “A lot has happened to these houses in one-hundred-and-fifty years, and most of it’s not good.”

But Roberts knows how to smooth over the past — creating functional, contemporary, living spaces — without obscuring it. A preservationist, she is skilled at keeping as many period details as she can. “It’s about balancing the old and new,” says the Marin County native, adding: “If I had stayed in California, I wouldn’t be exposed to all this history.”

Serving as both preservationist and renovationist requires a wide range of skills. But ask Roberts what makes it possible for her to do the work she does, and she has a quick, one-syllable answer: Steel. When the houses were built, she explains, they were framed entirely in wood, which meant the openings between rooms were limited to just a yard or so.

Inserting steel girders, which can transfer loads to distant supports, makes it possible to widen doorways  — or remove intrusive walls entirely. The results are apparent in several of Roberts’s recent projects. Typically, on the “parlor floor” of a 20-foot-wide townhouse, a wall between the living room and the stairway makes the former narrow and the latter dark. But with a steel beam replacing wooden framing, she can turn the two spaces into one. 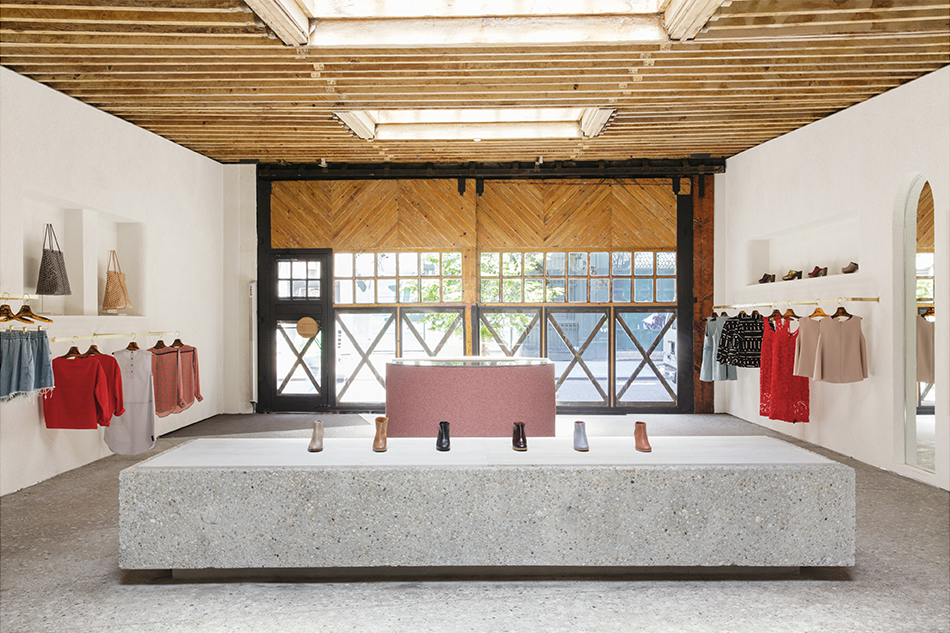 Roberts recently converted a former garage in Soho into an rough-luxe flagship boutique for the women’s-wear designer Rachel Comey. Photo by Dustin Aksland 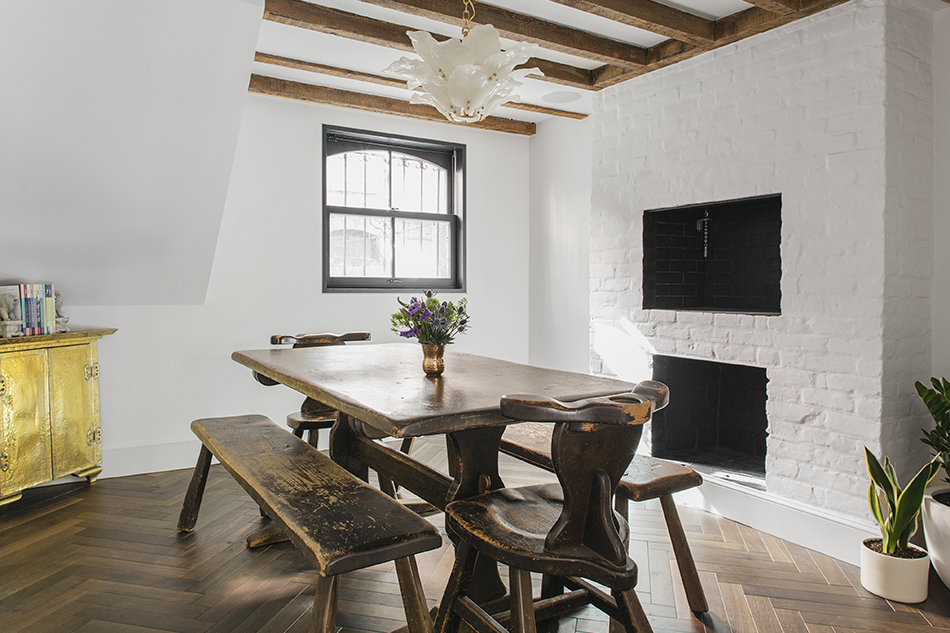 Roberts elevated a fireplace in the Warren Mews townhouse so that it could be better seen and also used for cooking. The table, chairs and benches come from the childhood home of one of the house’s owners. Photo by Dustin Aksland 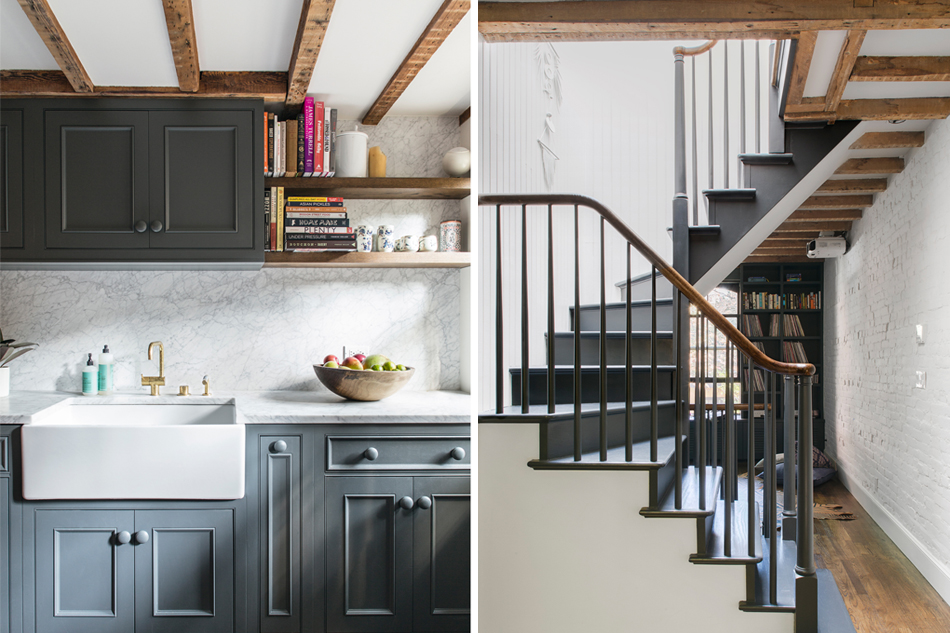 In the Warren Mews home, a farmhouse sink and brass faucet combine with a Carrera marble backsplash and gunmetal-gray cabinets (left); Roberts removed the original enclosed staircase, replacing it with this version, which is showered with natural light. Photo by Dustin Aksland 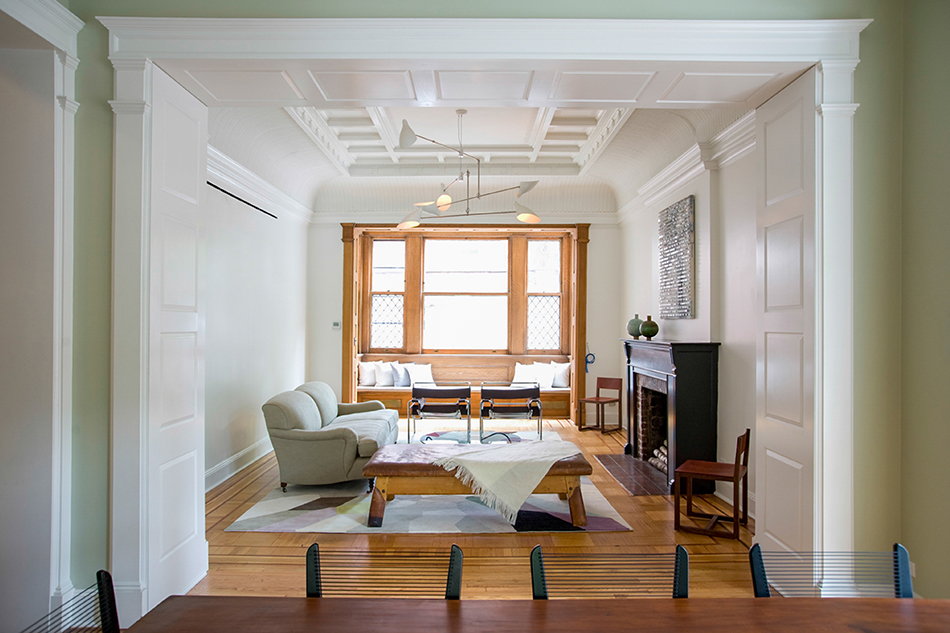 In a living area of the Park Slope home of jewelry designer Page Sargisson and her husband, businessman Peter Robbins, Roberts stripped the paint from the millwork around the windows to expose the graining. Photo by Sean Slattery 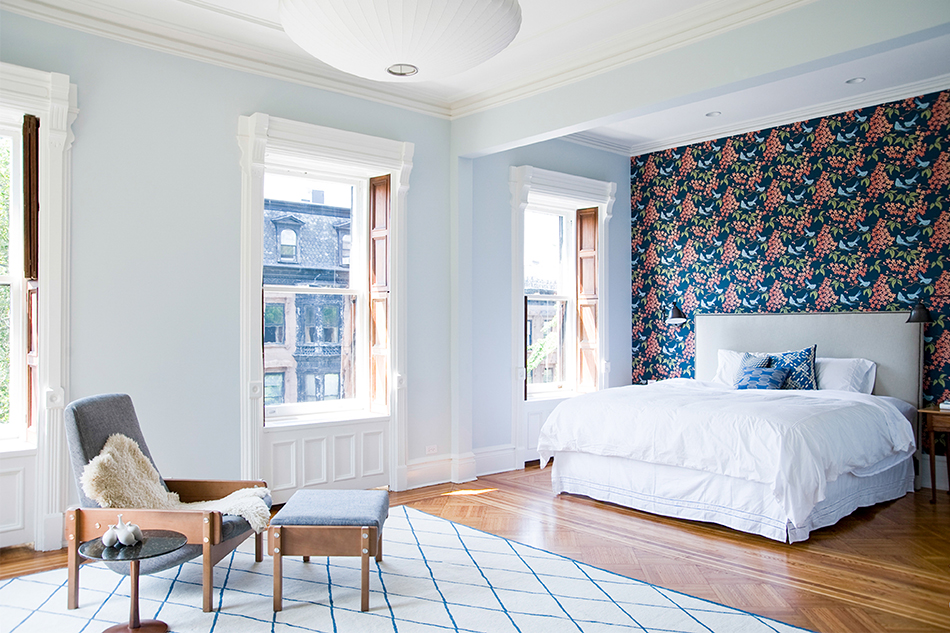 In the master bedroom of the Sargisson-Robbins home, a series of large windows provides natural light, with a George Nelson lantern filling in after the sun sets. Photo by Sean Slattery 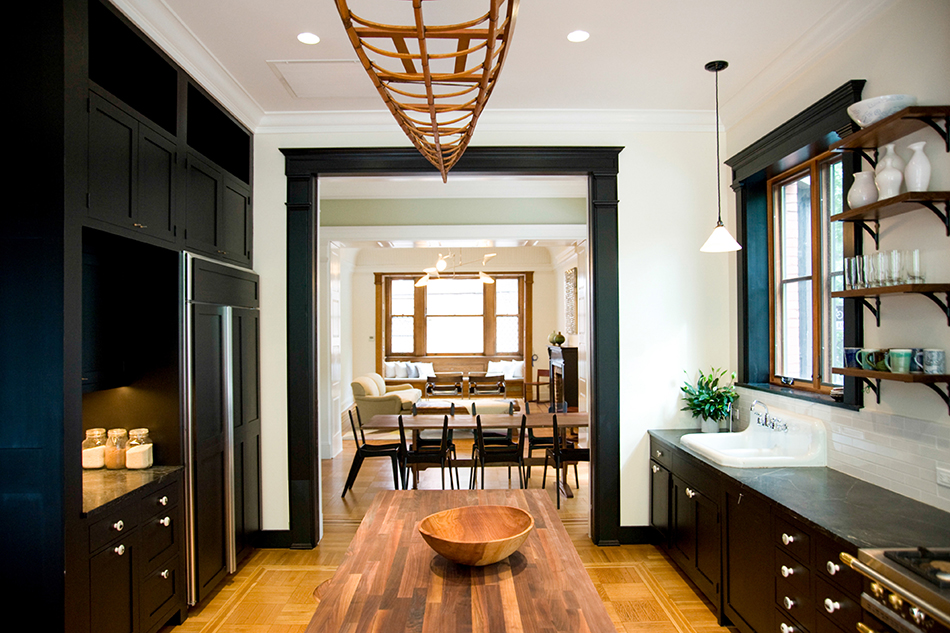 Roberts greatly enlarged the kitchen of the Sargisson-Robbins townhouse — which opens, enfilade-style, onto the dining and living rooms — incorporating a sink found at a salvage yard and a kayak frame made by Peter Robbins, who is a woodworker as well as a businessman. Photo by Sean Slattery 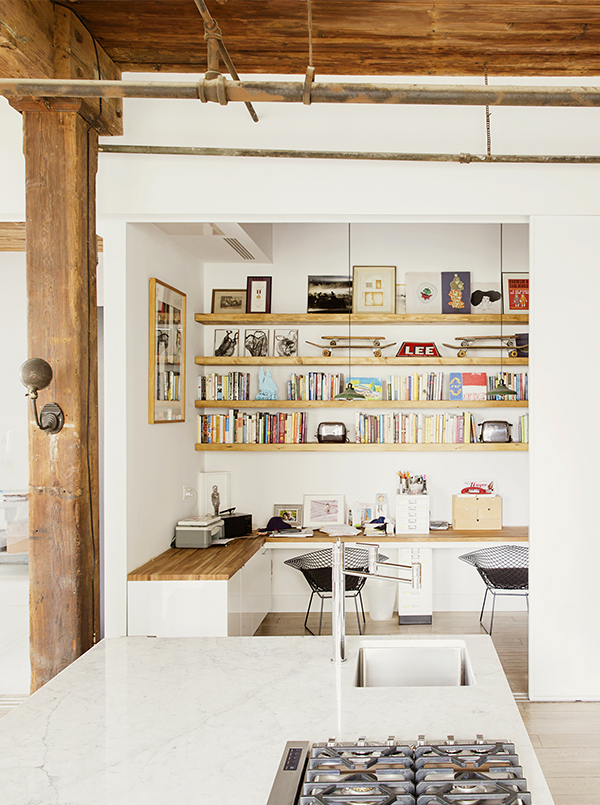 In Lee and Day’s Williamsburg loft, a 15-foot partition slides open and closed to reveal or conceal an office space; the desk chairs are by Harry Bertoia. Photo by Dustin Aksland

Or she can link indoors and outdoors. Take the house in Fort Greene purchased by a Manhattan family who wanted a garden they could really use. The back wall of the house wasn’t very different from the back walls of most townhouses — red brick, with three narrow windows to a floor. But by inserting a steel beam, Roberts was able to replace the brick with glass. And then, in a bold effort to extend the garden into the house, she planted ivy along the side walls of the dining room, where it will eventually reach the ceiling of the contemporary-feeling, double-height space. (For this undertaking, Roberts had to learn about optimal soil depth, indoor irrigation, and what material ivy would cling to but not damage; it turned out to be plaster with a high concentration of cement.) On the other hand, she often looks to the past: For a large townhouse in Park Slope, she surrounded newly enlarged openings between rooms with moldings based on the building’s original 19th-century woodwork.

Roberts doesn’t limit herself to townhouse renovations. Last year, she turned a one-story garage in Soho into a boutique for the fashion designer Rachel Comey, adding walls of board-formed concrete and floors of what she calls “poor man’s terrazzo.” (It’s actually concrete into which marble chips were placed by hand.) And she has done large lofts, including a 2,500-square-foot ground-floor space for the cookbook writer Ted Lee and the artist E.V. Day. There, Roberts created separate work spaces behind 15-foot-wide sliding doors and made lots of room for the couple’s collection of rattan furniture.

Her current projects include a restaurant in New York’s Greenwich Village, a house in Berkeley, California, and a store for a young fashion designer in West Hollywood. But townhouses, several of which she is working on in New York, are her mainstay.

“A lot has happened to these houses in one-hundred-and-fifty years. . . . It’s about balancing the old and new.” 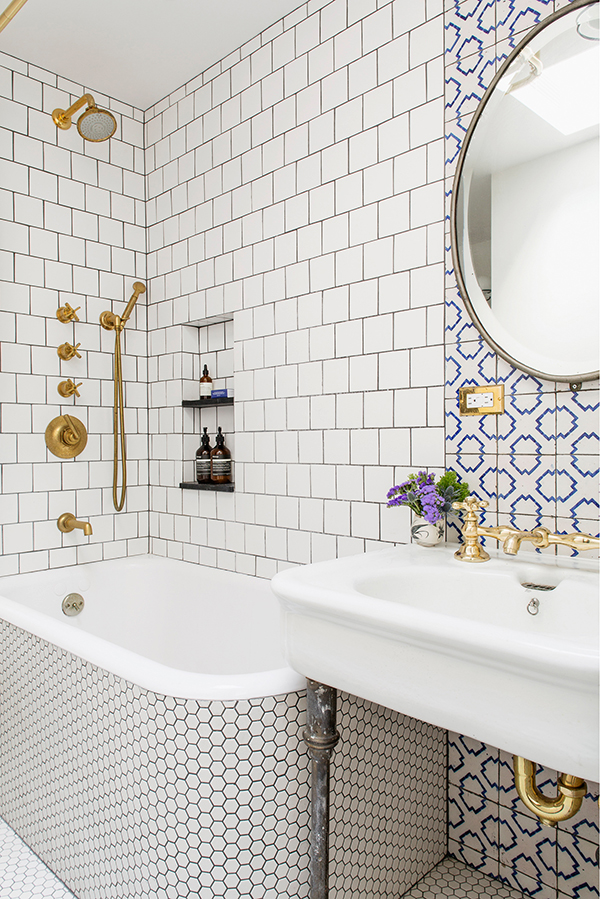 A bathroom of the Warren Mews townhouse gives new life to antique materials: Roberts sourced the vintage Portuguese tiles from a specialist dealer, while the tub and sink are both salvage. Photo by Dustin Aksland

And not by accident. Roberts studied architecture at Berkeley, then switched coasts to earn a masters in historic preservation at Columbia. She worked for a large restoration firm on projects like Grand Central Station and San Francisco City Hall. But when she decided to open her own office — 17 years ago — she gravitated to townhouses because they would employ her preservation skills while also letting her do“real” architecture — adding on to the backs of houses or rearranging rooms within existing footprints. Those changes often involved moving kitchens from basements to more family-friendly locations. The new kitchens are often so large that one of her trademarks is the cooking fireplace. She has one in her own kitchen, custom-designed to fit around a Tuscan grill.

When Roberts bought her own house, it was in horrible condition — chopped up into apartments, with padlocks on the doors and several kitchens to a floor. “My mom thought I was nuts,” she says. But Roberts oversaw a top-to-bottom renovation, then began decorating with her collection of objects by female industrial designers. (Asked what distinguishes the work of female industrial designers, Roberts jokes, “There’s not as much of it.”) She says her collection includes such “usual suspects” as Eva Zeisel and Eileen Gray. On her mantle is a pair of bent Lucite candlesticks from the 1960s by the Salt Lake City–born designer Dorothy Thorpe. She also owns works by Edith Heath, Florence Knoll and Charles and Ray Eames.

Roberts is adventurous with materials, covering a club chair in her bedroom in men’s suiting fabric, for example. In her bathroom, a needlepoint nude, found at a flea market, and grave rubbings she made during a childhood visit to England hang near a chair covered in African mud cloth and a mid-century floor lamp. Like most of Roberts’s rooms, it is painted white, so the objects in it will “pop,” she says. One of those objects is the house’s original claw-footed bathtub, which she had reglazed — an important nod to the past. Still, with the big windows and skylights and the white-on-white decor of most of her houses, Roberts says, “It’s like I’m bringing a little California to New York.” 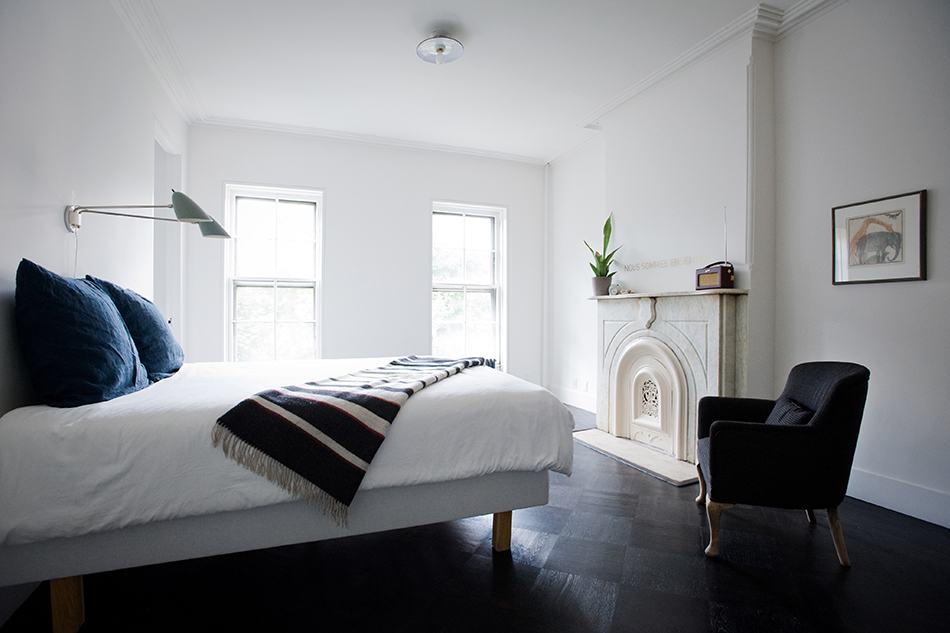 In Roberts’s own Clinton Hill townhouse, the sconce above the bed is by Brooklyn designer David Weeks and the throw blanket is Missoni. The architect covered the thrift store–found chair in men’s suiting fabric. Photo by Sean Slattery 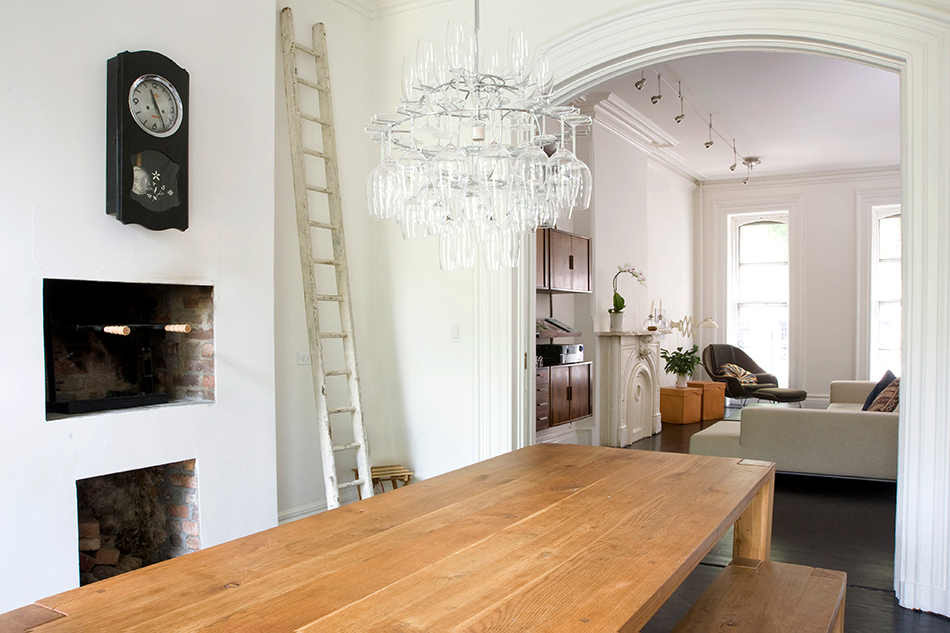 The architect’s dining room features a wine-glass chandelier and a working Tuscan grill carved out of a blocked-up fireplace. Photo by Sean Slattery 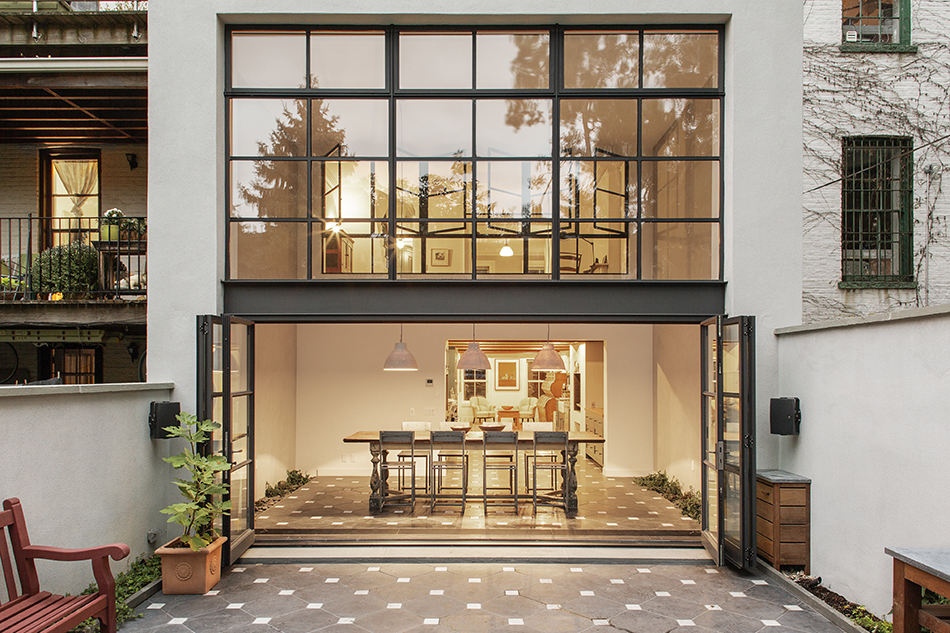 For a Fort Greene townhouse, Roberts replaced wooden framing with steel, which allowed her to open up the back of the home to its garden, adding sliding doors on the ground floor and large windows above. Photo by Dustin Aksland 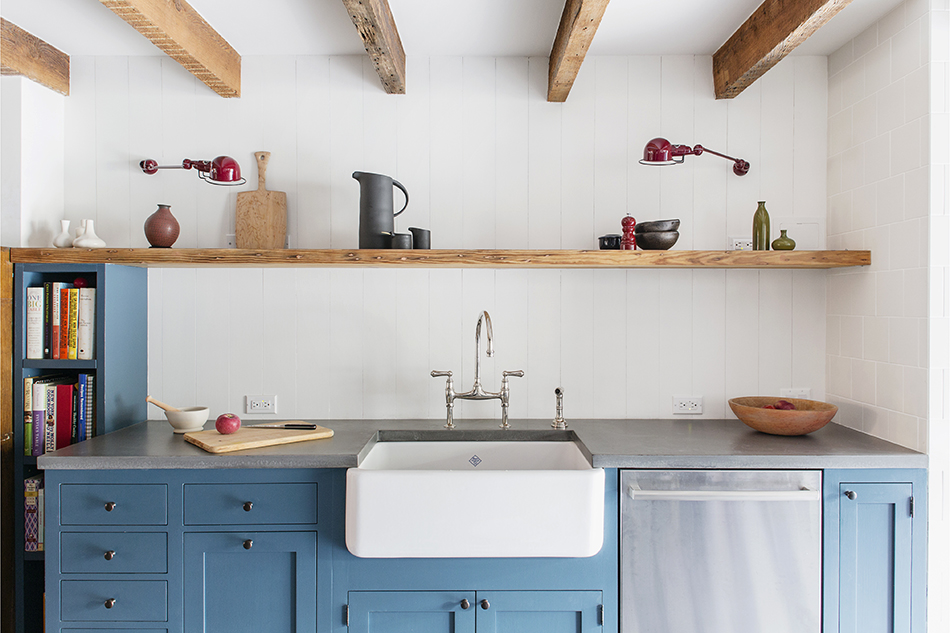 Large, light-filled kitchens, like this one at the Fort Greene townhouse, have become a Roberts signature. Here, the architect exposed the ceiling’s wooden beams, to add some height. Photo by Dustin Aksland 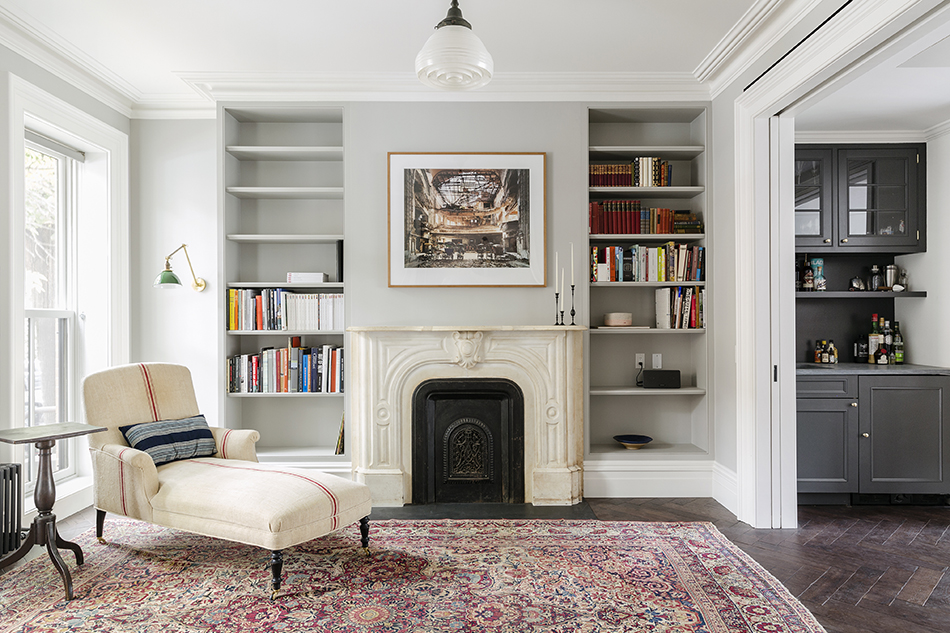 The linen-covered chaise in the library of the Fort Greene townhouse comes from Liza Sherman Antiques. The Lavar Kerman carpet is from Iran. Photo by Dustin Aksland 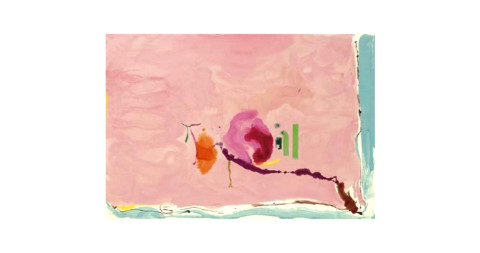 I love this — impossible to explain why this print is so incredibly feminine and perfect, but it is! 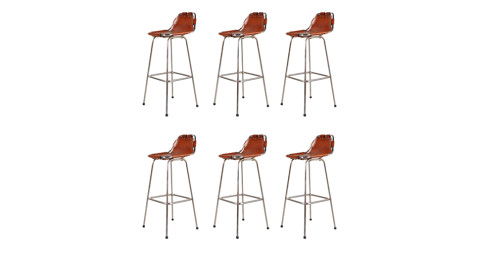 Good barstools are so hard to find. These are by Charlotte Perriand, who eventually worked her way into Corbusier’s studio even after he originally rejected her saying,“We don’t embroider cushions here.” 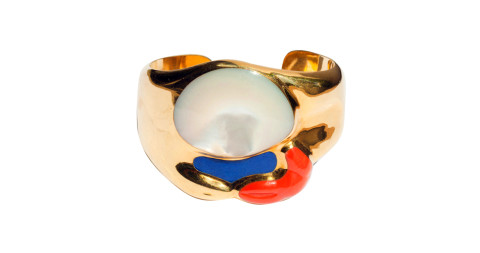 This is gorgeous. I love the pops of color. 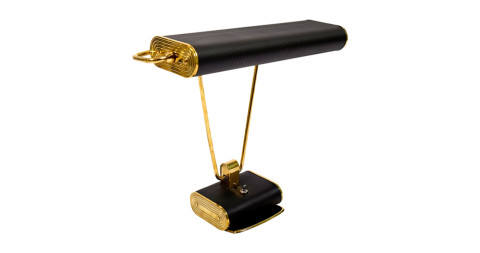 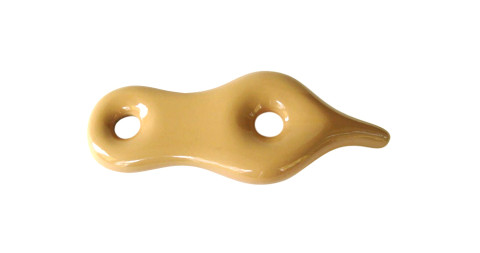 Amazing and one of a kind! 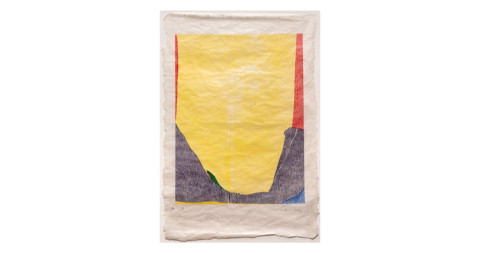