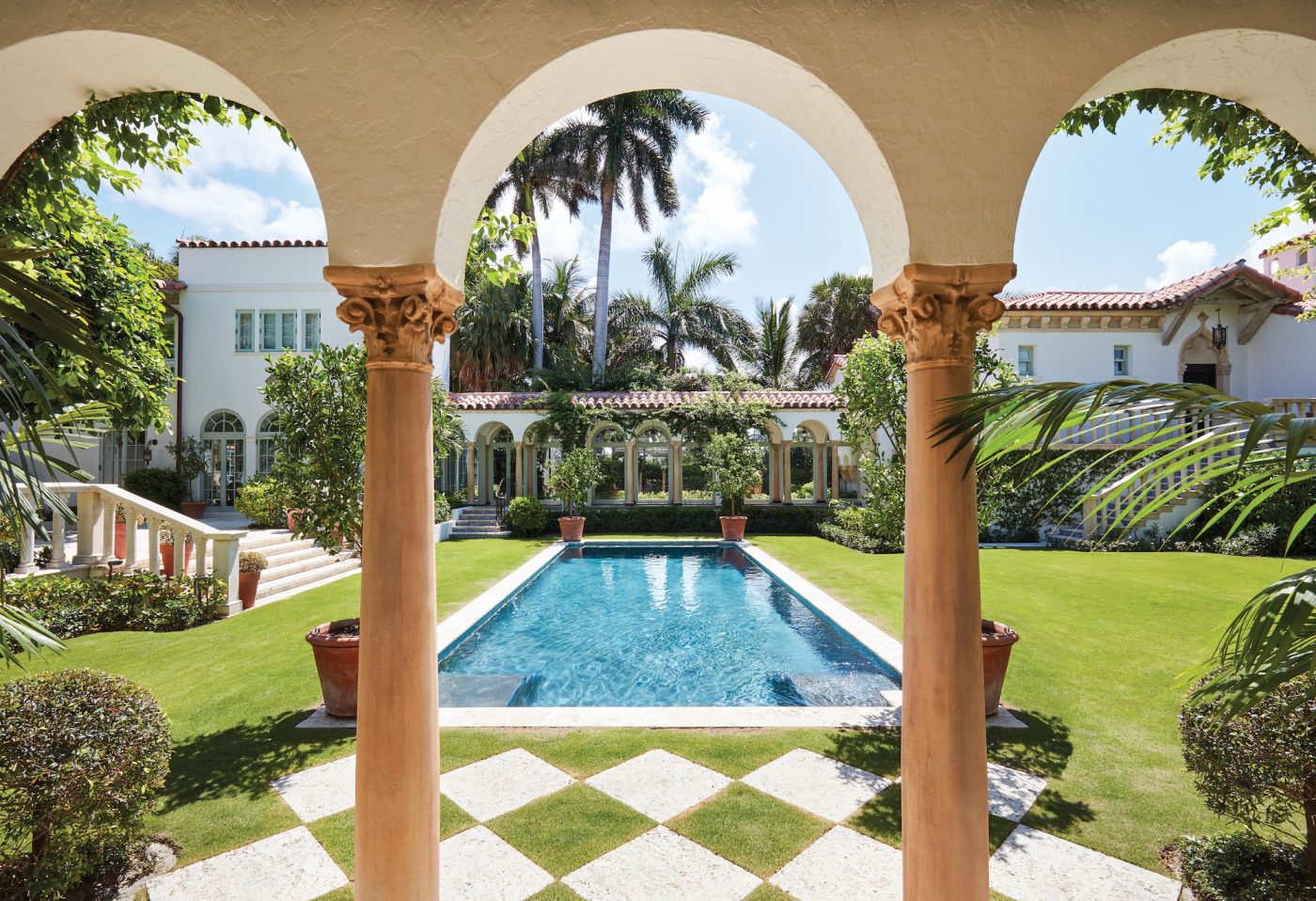 January 16, 2022A native New Yorker who based his architectural practice in Palm Beach, Florida, Marion Sims Wyeth never quite achieved big-name recognition. Some of his buildings did, however, including the tower-topped Mar-a-Lago, created for Marjorie Merriweather Post, and Doris Duke’s filigreed Hawaii retreat, Shangri La. (Apparently, heiresses loved him!) So, preservationist Jane S. Day has authored From Palm Beach to Shangri La: The Architecture of Marion Sims Wyeth (Rizzoli) to gather his work together for serious contemplation.

It’s a book abounding in palms, fountains set in gardens and Spanish tile roofs. Perhaps best known for elaborate Mediterranean Revival–style mansions, Sims showed in later years that he had other gears, as evidenced by the Art Deco panache he brought to the Norton Museum of Art, in West Palm Beach, and the stateliness of the Greek Revival Florida governor’s mansion, in Tallahassee.

Shangri La remains one of the most famous getaways of the 20th century, partly because it was completed by one of the world’s richest women in 1938, during the depths of the Depression. Although replete with Islamic motifs and filled with Duke’s Islamic art collection, the house displays characteristics of Wyeth’s 1920s “Spanish patio houses,” Day tells us, particularly in the courtyards.

The houses architects build for themselves are always particularly instructive, and we get to see Wyeth’s own Palm Beach dream home, Tre Fontaine, in these pages. The loggia-dotted home was full of surprises: All the public rooms have different, and very elaborate, ceiling treatments, and upon entering, guests had to make their way through a courtyard with an interior garden.

The residence’s current owners have smartly decided to not compete with these charms. A restrained palette of whites and taupes and relatively simple furniture allow the architecture to speak for itself.