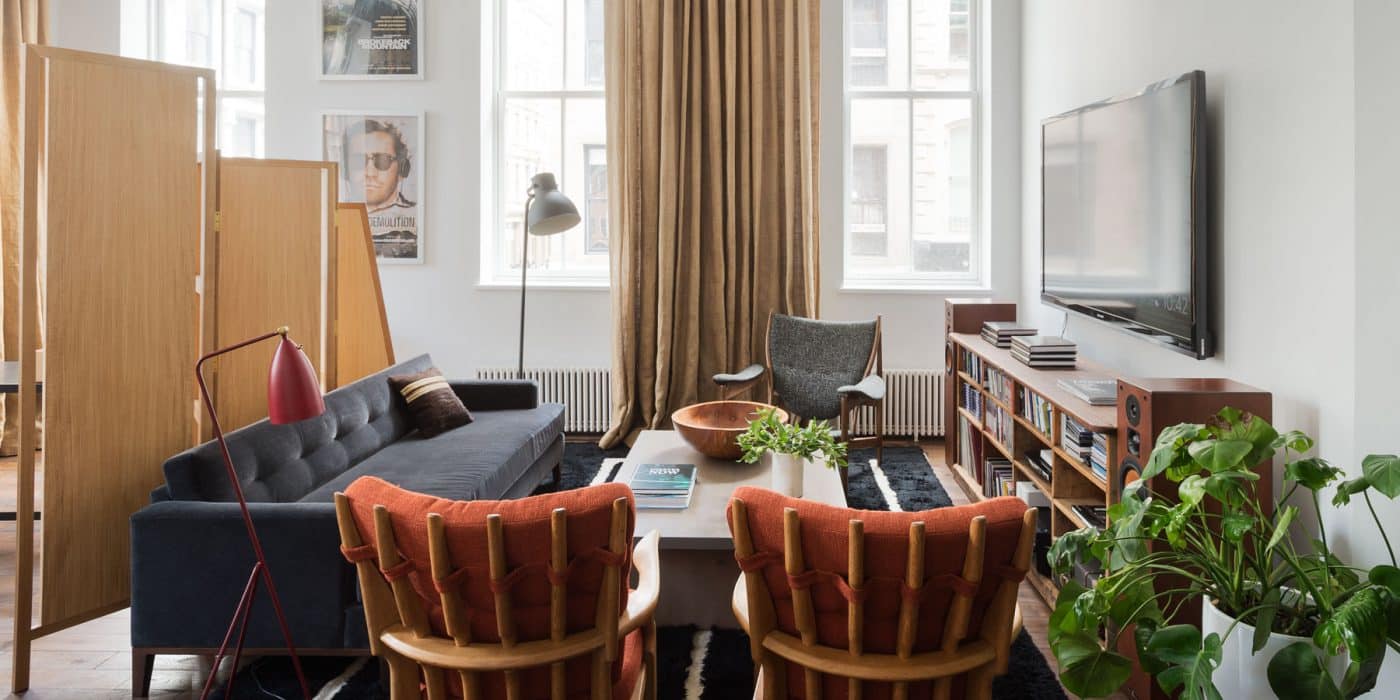 Hip, stylish and a little bit noir, the actor and producer's Ashe + Leandro–designed Soho workspace is all an indie film company headquarters should be. 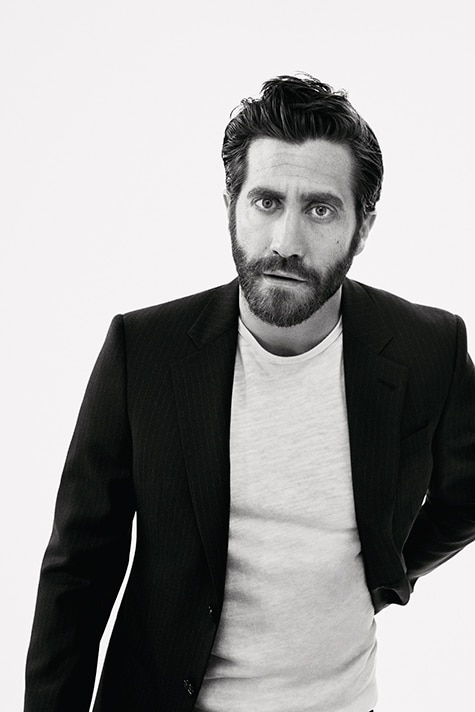 Edgy.” “Venturesome.” “A robust mix.” The descriptors used by Variety for the acclaimed films being made by Nine Stories, actor/producer Jake Gyllenhaal’s three-year-old production company, apply equally well to its headquarters in a classic Soho loft building.

“We wanted it to be a moody New York film office, with a little bit of humor,” says interior designer Ariel Ashe, who is partners with architect Reinaldo Leandro in the Manhattan-based design firm Ashe +Leandro, which boasts a devoted celebrity clientele. In conceiving the decor for Nine Stories, Ashe says, “we tried to picture what an old-time film director’s office would look like.”

Arched windows, 13-foot ceilings and well-trodden wood floors provide drama in the approximately 1,500-square-foot space, which was previously configured as a two-bedroom apartment. “With such high ceilings, the challenge was to make it feel cozy, which we did with black rugs and dark wall colors,” Ashe says. 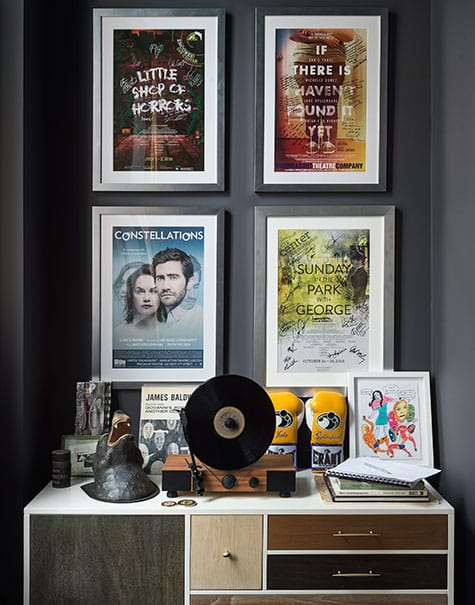 Framed posters from stage productions in which Gyllenhaal has performed hang above a multicolored dresser that he already owned.

The loft, which required only a thorough paint job when Nine Stories took it over last year, comprises a main office area with four employee desks, a conference room and a screening room. The two former bedrooms are now private offices, one for Gyllenhaal and one for his business partner, Riva Marker. Ashe says she conceived the spaces as “sort of masculine-feminine, with rich colors”: orange and deep gray for him, teal and red for her.

In pursuit of a vintage vibe skewing toward mid-century modern, Ashe turned to sources ranging from Paris’s Clingnancourt flea market to talented contemporary makers inspired by the classics of the last century. She discovered several outstanding pieces on 1stdibs and also incorporated some of Gyllenhaal’s own furnishings and art.

Nine Stories (the name comes from the title of J.D. Salinger’s 1953 short story collection, a Gyllenhaal favorite) has multiple film, TV and theatrical projects in development at any given time. Although Gyllenhaal doesn’t appear in all its productions, he formed the company in part to provide acting opportunities for himself. The plan is working: He garnered raves playing a survivor of the Boston Marathon bombing in the recent movie Stronger and will take the title role in an upcoming biopic about Leonard Bernstein, as well as the lead in the noir thriller Welcome to Vienna, among other projects.

Gyllenhaal reads hundreds of scripts a year, many while sitting at a boxy mid-century rosewood desk from dealer Horseman Antiques that Ashe found for him on 1stdibs. Because of her stellar reputation, the two partners felt comfortable giving her free rein in making decorating decisions. Asked whether she was given any guidelines in terms of style, Ashe says, “No, not really. Jake just said, ‘I want it to be something you’re proud of.’ ” 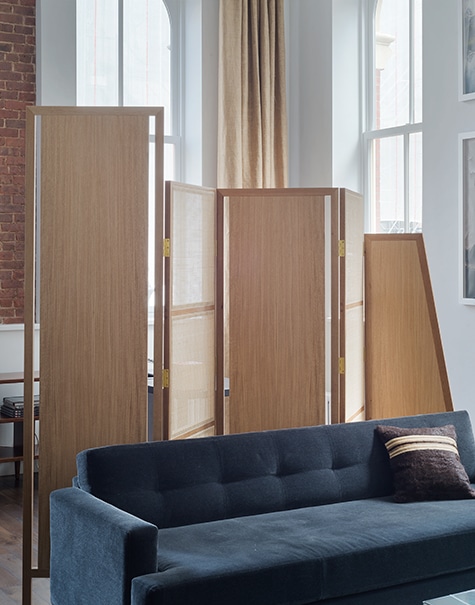 In the screening room, a custom screen crafted by woodworker Rob Pluhowski stands behind a Sullivan sofa by Desiron. The Turkish mohair-rug pillow is from J&D Oriental Rugs Co.

“We tried to picture what an old-time film director’s office would look like.” — Ariel Ashe

An Eero Saarinen–style Tulip table and Charles and Ray Eames for Herman Miller aluminum group chairs furnish a small conference area. The reclaimed-wood shelves already in the space were to Ashe’s liking, so they remained.

In Gyllenhaal’s private office is a plush rosewood and leather club chair, a vintage Brazilian design by Percival Lafer that Ashe discovered on the 1stdibs storefront of Classic Modern Design. The black-and-white canvas wall panels were a Paris flea-market find. Ashe bought them for their striking graphic quality, even though, she says, “I really don’t know what they are.” The pendant lamp is by Danish designer Poul Henningsen.

Left: In the conference space, an Eero Saarinen–style Tulip table is surrounded by Charles and Ray Eames for Herman Miller aluminum Group chairs. Right: A Japanese poster for the Nine Stories film Nightcrawler, in which Gyllenhaal starred, hangs above a low bookcase full of scripts. 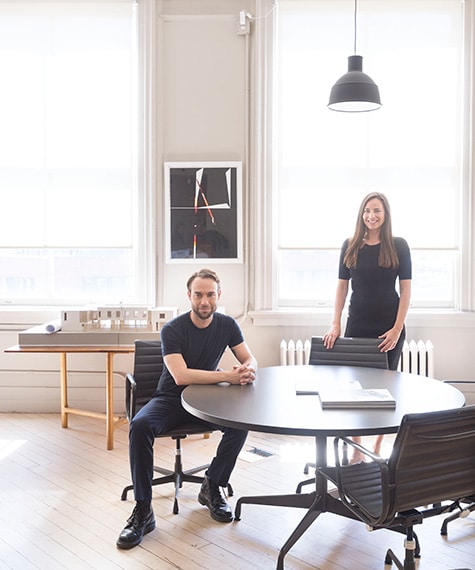 Reinaldo Leandro and Ariel Ashe, co-founders of Ashe + Leandro, in their Manhattan office, just up the street from the Nine Stories HQ.

Floor-to-ceiling drapes darken the screening room in an instant. Seating includes a clean-lined contemporary Sullivan sofa by Desiron and a pair of deep, inviting chairs with hefty wood frames and orange upholstery by the high-end mid-20th-century French design team Guillerme et Chambron, obtained from 1stdibs dealer Bourgeois Boheme. A wool rug with a black-and-white pattern based on a Moroccan design underlies the grouping, while a custom wooden screen divides the room from the main office area.

Film scripts are neatly stacked on an open bookshelf beneath a Japanese poster for the well-received 2014 movie Nightcrawler. One of Nine Stories’ first productions, it starred Gyllenhaal as an L.A. video-journalist with questionable ethics.

The multicolored dresser is Gyllenhaal’s own, as are the framed theatrical posters, all from shows in which he has appeared.

Appraising the completed project, Ashe reflects  on Gyllenhaal’s faith in her talents. “It’s always nice to be allowed to come up with a vision and execute it.” 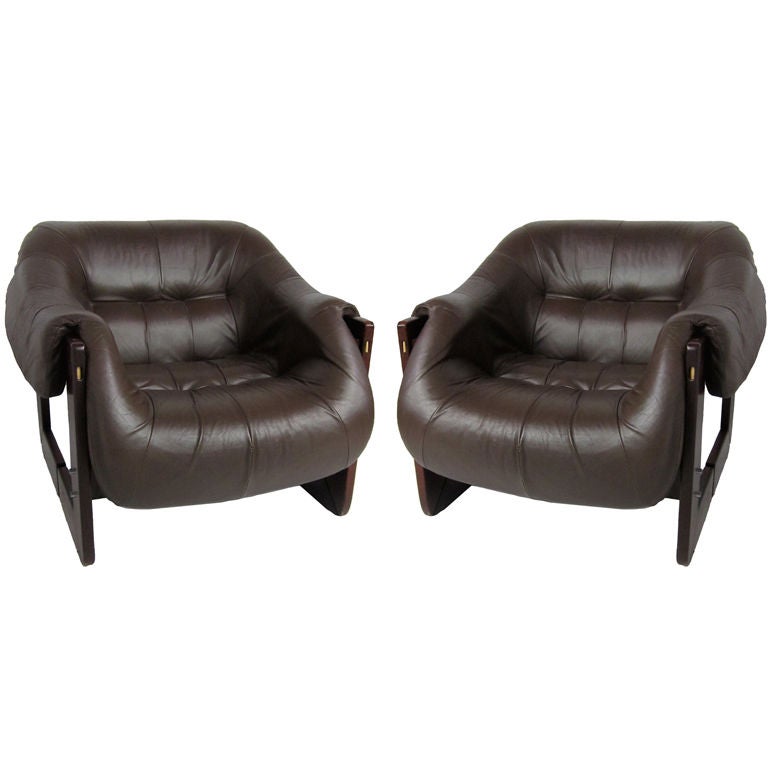 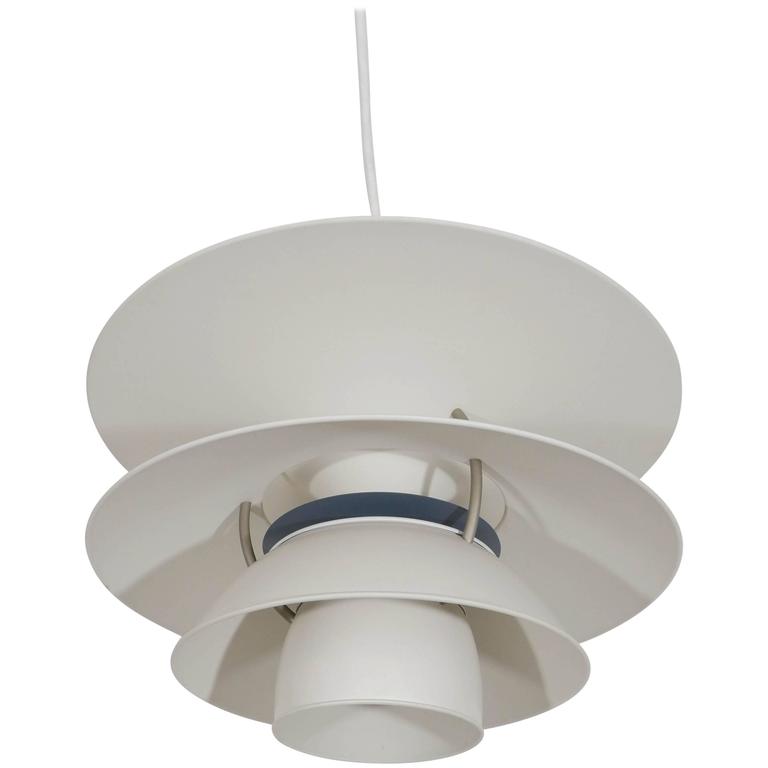 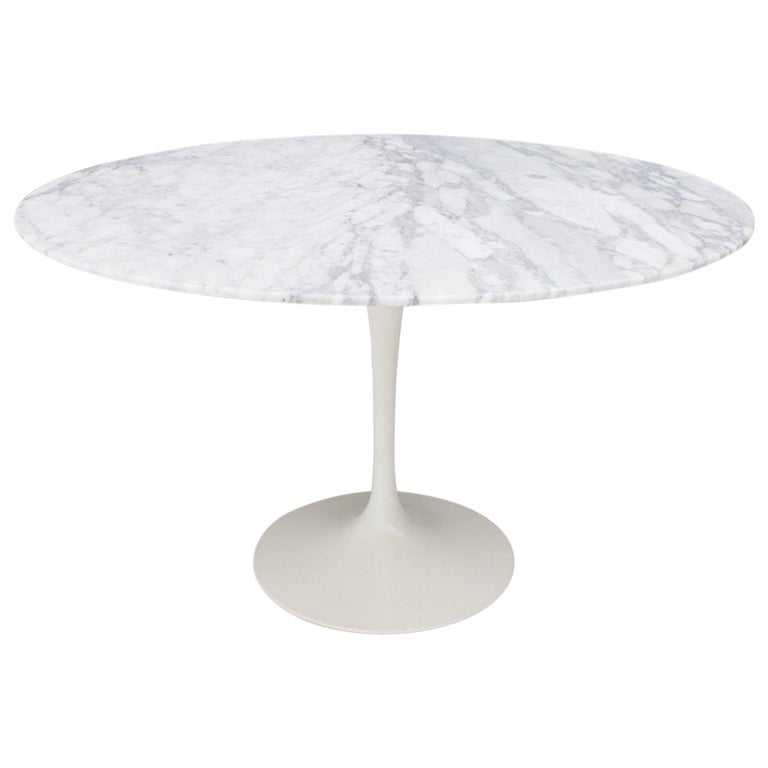 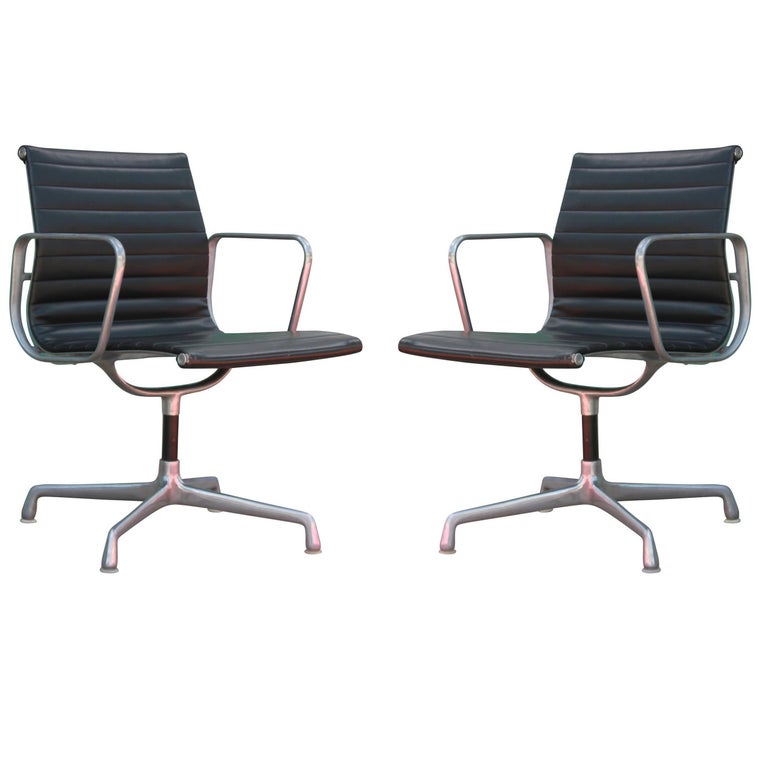 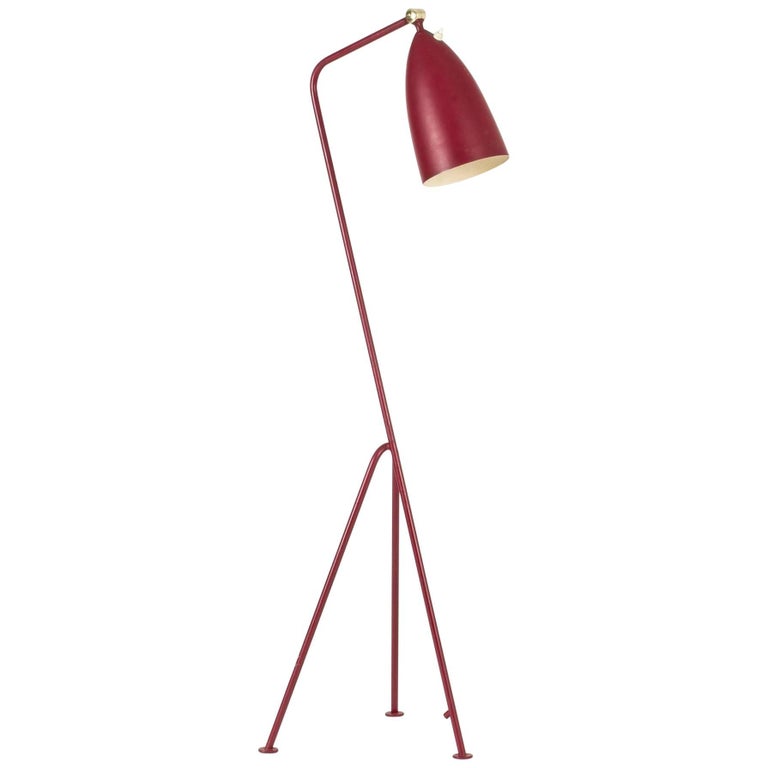 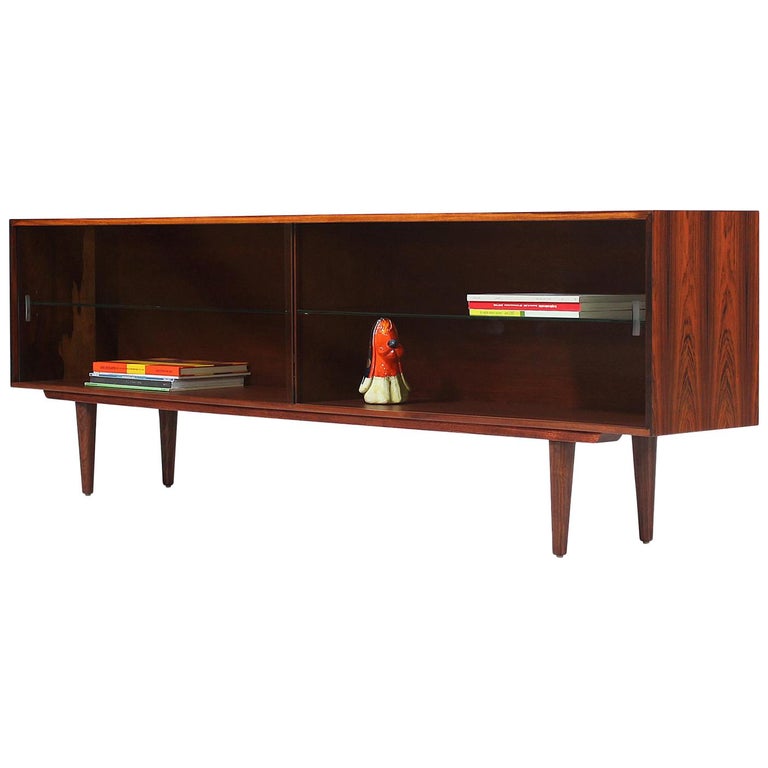 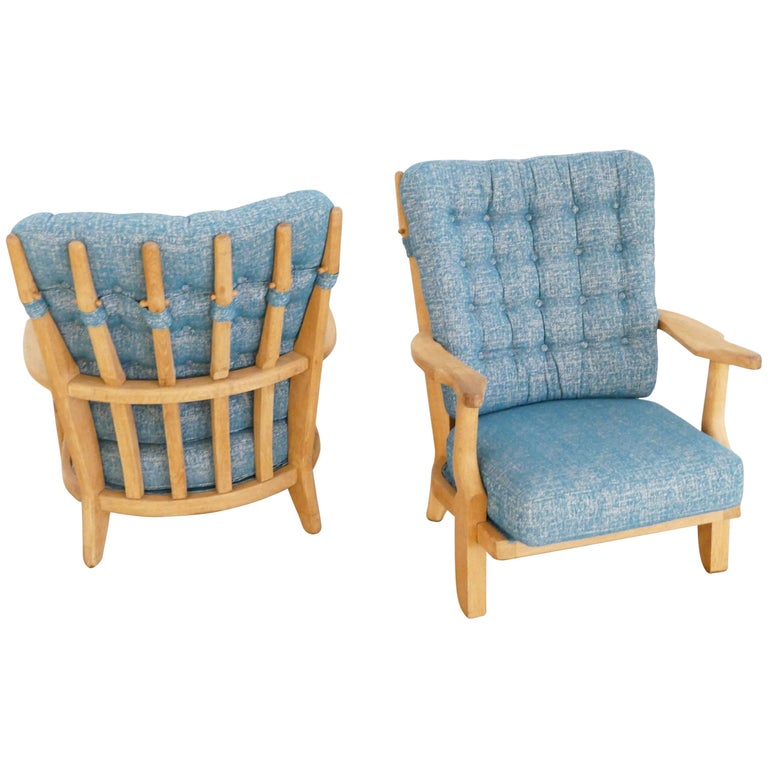 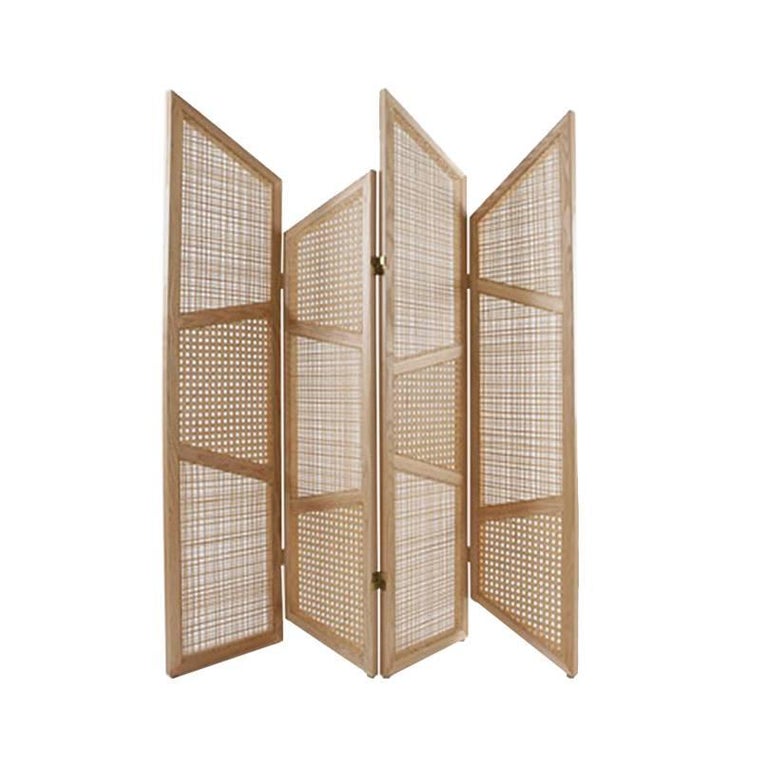