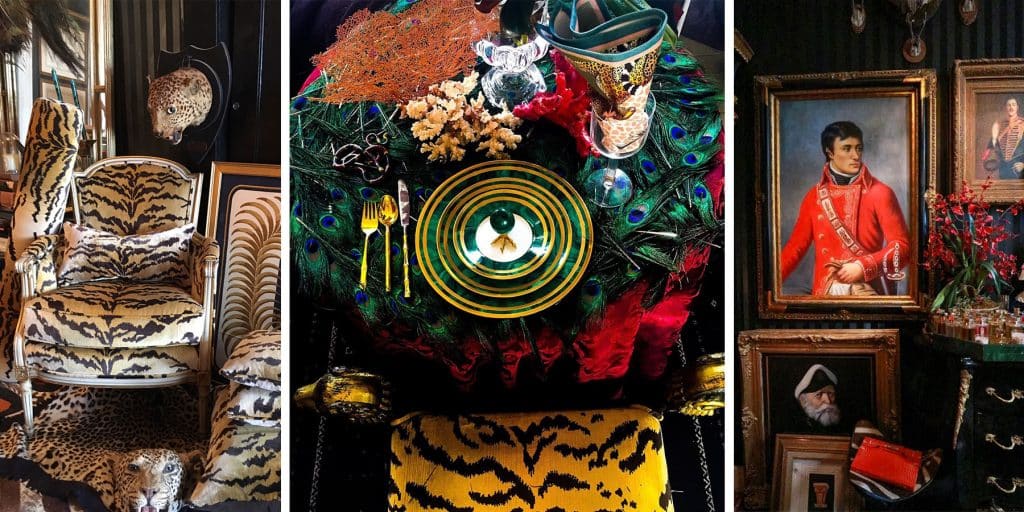 Is there such a thing as too much tiger print? James Kivior doesn’t seem to think so. To the delight of thousands, he shares his apartment’s Tony Duquette–meets–Dita Von Teese aesthetic on Instagram.

October 18, 2020James Kivior has Gucci ice trays. He also has a collection of framed Hermès scarves that runs the length of his living room, a space painted entirely in black to great dramatic effect. In every corner of his home, elaborate, thoughtfully staged vignettes show off his extensive stock of Cire Trudon candles, taxidermied animals and tasteful groupings of just the right books.

That a New Yorker would own and display these conspicuous items of sophistication and refinement in such abundance is neither unusual nor notable. That he would do it within only 600 square feet makes it a miracle, a feat that has earned an awestruck, rapidly growing group of Instagram followers for his account, @thepretentioushome.

An unapologetic maximalist, this former Goth, who is now a national educational manager for French cosmetics brands Avène and Klorane, says he’s always had a strong aesthetic sense. “I’ve always loved old and beautiful things. I like things that have character and a soul, where you know there’s a story behind the piece.”

Growing up in New York except for a short sojourn in California, Kivior says his grandmother was among his earliest design influences. “Her home was decorated in a Hollywood Regency, Art Deco style, and I think it had an impact on me.” He first experienced the power of decorating for himself when he took over his family’s basement as a teenager. “Basically, it was a very fancy bedroom with a kitchen. That’s where I started really getting more interested in decorating, because I had that space.”

At 20, he moved into his first real apartment, in Queens, not far from where he lives now. It was there that he committed himself to the art of living well, no matter how small the container. “It was about just having a really nice home, even if it was just a rental,” he explains. “Even as a twenty-year-old living in my first apartment, I always stayed away from generic big-box chain stores. I call it ‘Soulless Decor.’ ”

The philosophy stuck, and today, Kivior — who has also lived in Brazil, where he moved to study the martial art capoeira, and Hong Kong, where he moved to teach it — resides among a collection of luxury goods carefully curated over many years, from his Scalamandré– and Schumacher-covered pillows to his Christian Dior Casablanca china. He is someone who believes elegance should be a part of everyone’s daily life, although he does admit to keeping a lesser set of dishes on hand for “friends I know might drop something easily.” Even his DIY projects have a touch of decadence, as evidenced by the folding screen he recently covered in Fornasetti wallpaper.

Three years later, his tens of thousands of followers routinely check in to see his latest acquisitions, which could include anything from a Josh Young print to an ebonized gueridon with a marble top and ormolu legs, an item he claims is the one thing — along with his cats — he would grab in a fire. (When it’s brought to his attention that a marble table seems like an awfully heavy thing to grab in an emergency, he insists that only the top is heavy.) His humor about himself and his lifestyle show through in every post but especially in “Drunk Dusting,” a running gag in which Kivior, armed with an ostrich-feather duster, dusts his home while having a glass of wine from a Dior wineglass. Other than some “strategic hashtags,” he says his account has grown completely organically.

When asked for his influences, he names a roster of expectedly dramatic personalities, including Tony Duquette, Dorothy Draper, Mario Buatta and Dita Von Teese. He also cites 1stDibs as the starting point for many, if not all, his major design decisions. “It’s like my Pinterest. It’s my personal inspiration. I use 1stDibs as my resource for everything!” As for his dislikes, he shares an Eloise-ian lineup of things for which he has no tolerance: “I absolutely dislike mugs that say things such as ‘DRINK’ or ‘COFFEE’ almost as much as I dislike inspirational artwork.”

Kivior, who makes a list at the beginning of each year of planned major purchases or furniture revamps, says he reserves about $1,200 to $1,800 each month for such incidentals as Yves Delorme linens or Diptyque candles. Like the overflow possessions of so many city dwellers, much of his collection is in storage, waiting for the day he owns his own house, which, he reports, may ultimately be in his current favorite city, Chattanooga, Tennessee. “I love the South. I love Chattanooga because it’s a city with a great mix of restaurants, bars, shopping and outdoor activities.” He bolsters his decorating budget, he says, by saving in other areas. “I drink Sanka out of Gucci mugs.”

If Kivior’s Instagram success leads to other enterprises, it will most likely be unplanned, although he clarifies that he would not turn down offers to decorate. For the moment, he says, he’s just reveling in living in what might be the most elegant 600 square feet in all Queens, his enjoyment magnified by the recent pandemic. “I’m surrounded by things that I really love and that keep me really inspired. I just love and appreciate my home.” 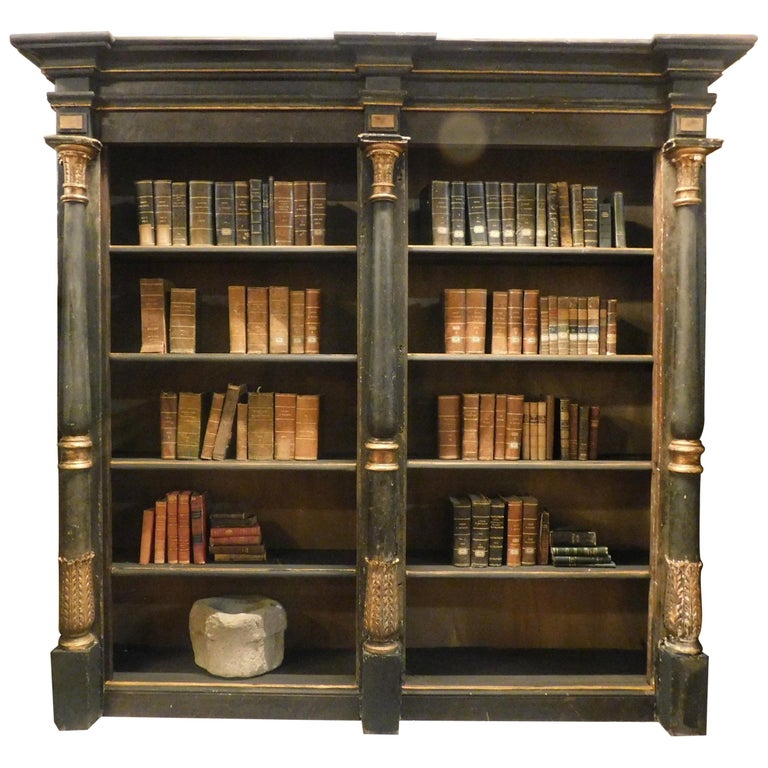 “I think it’s important to have a cabinet that will stand out among all the furniture in your home. It should draw the eye — but not be too distracting, as its purpose is to highlight the beautiful items inside of it. For me, I love old Italian bookcases. I am a sucker for ebonized wood with gold detailing.” 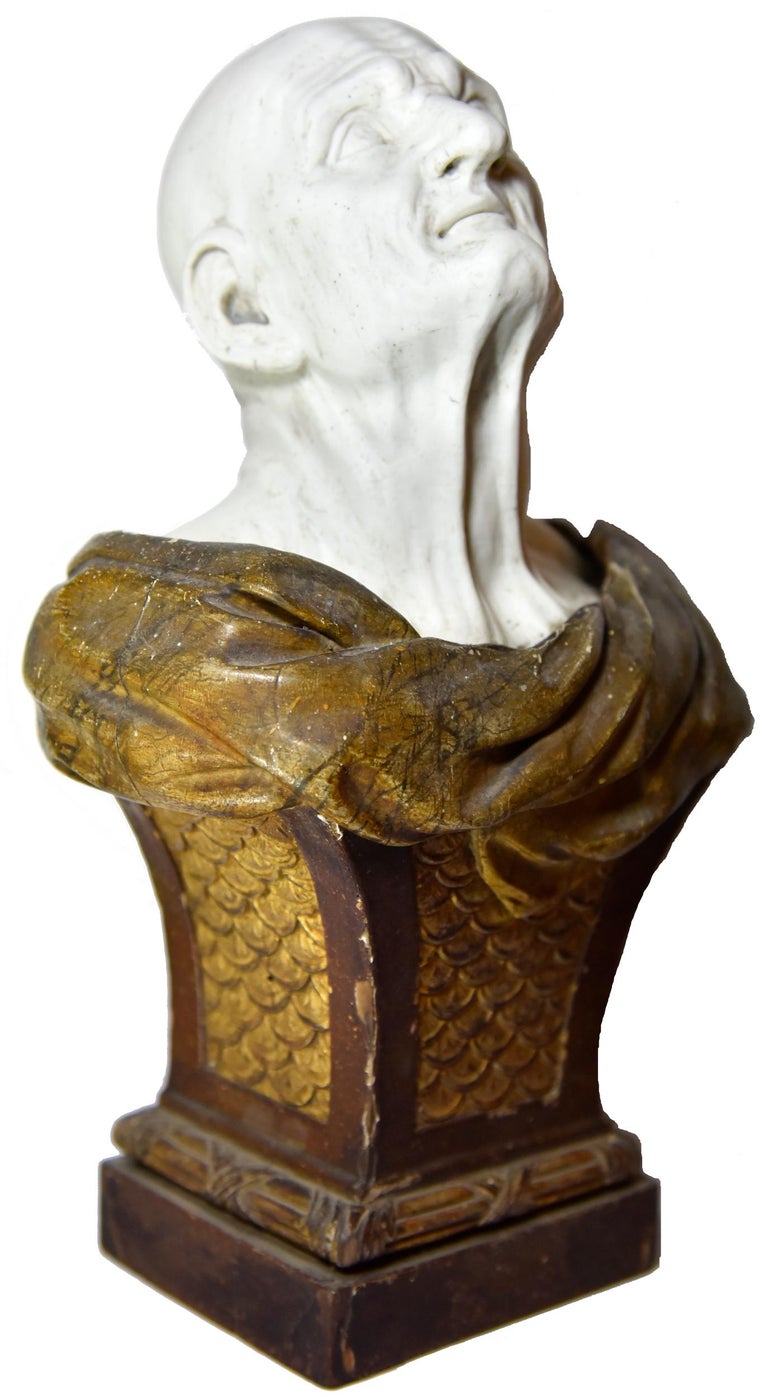 “Filling up a cabinet, I like to include small busts. This one really stands out to me.” 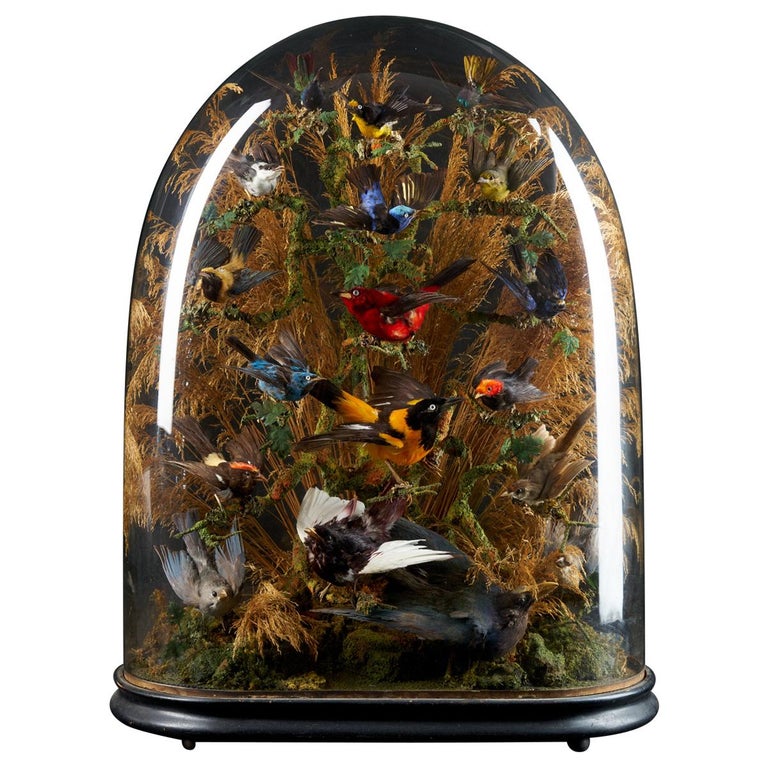 “Bird dioramas are my favorite! They’re so beautiful, all the different colors inside. I always look for ones that have old rope piping around the cloche. That usually signifies that it’s an older piece.” 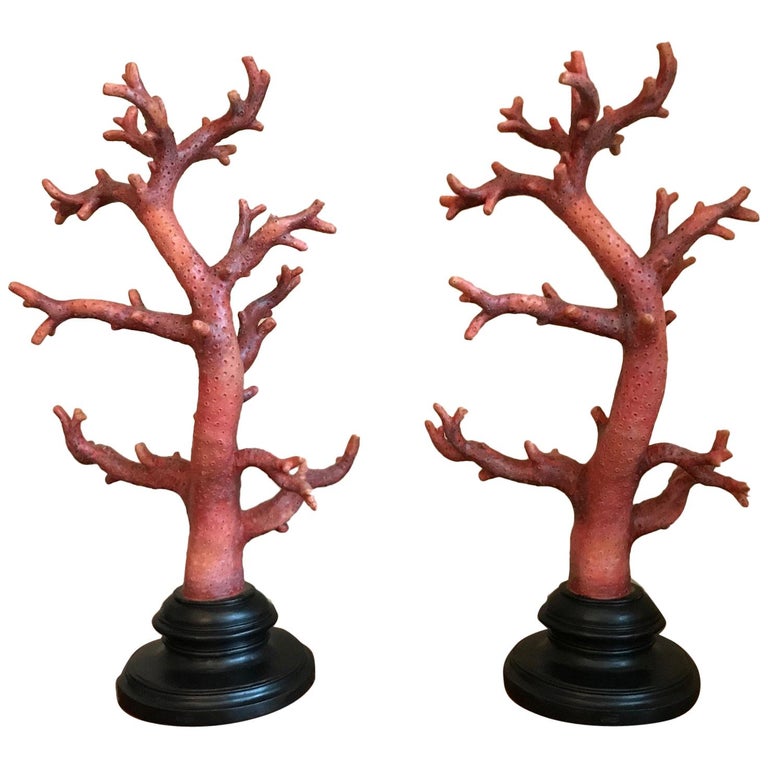 “Red coral is endangered and very hard to get if you live in the U.S. These are some beautiful replicas that have great size.” 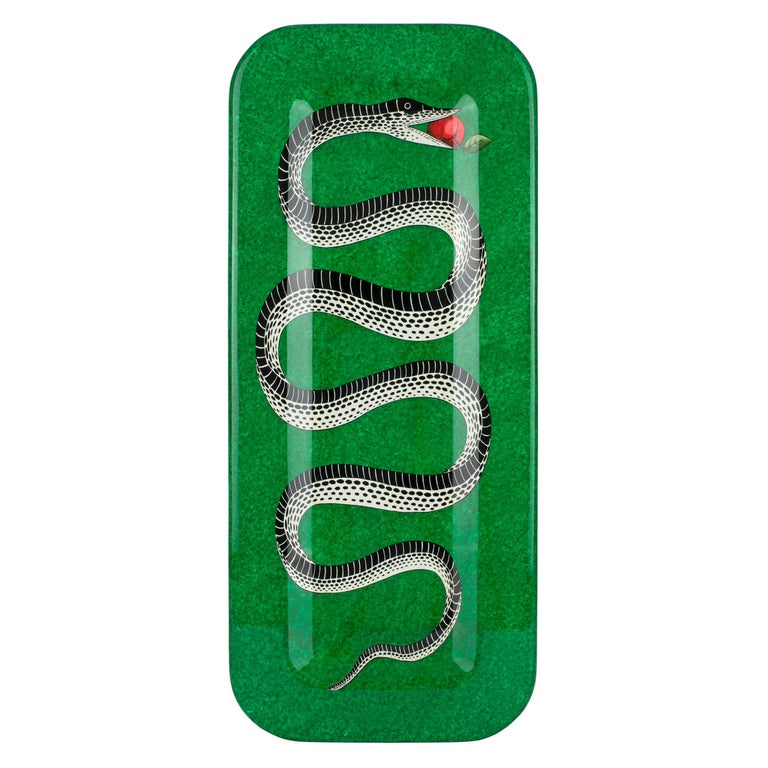 “I love Fornasetti, and I love serpents. A bold pop of green with perhaps some feathers or gemstones on top of the tray will really give your cabinet some dimension.” 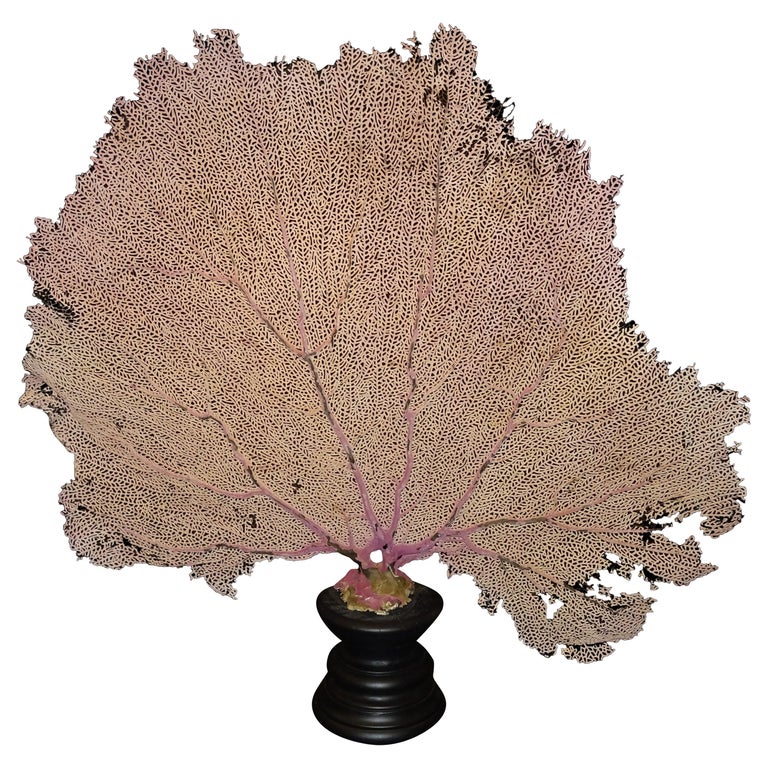 “I always place a sea fan behind another decorative piece to make it pop more. I also like to place my Cire Trudon candles in front of them.” 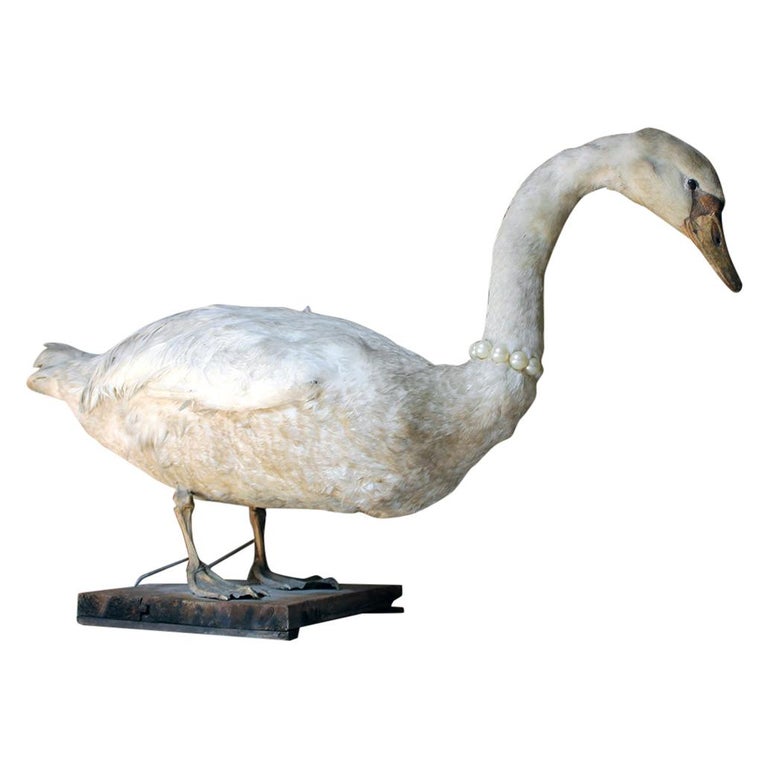 “The top of your cabinet is a great spot to put something fun. A taxidermy swan will be a great conversation starter.” 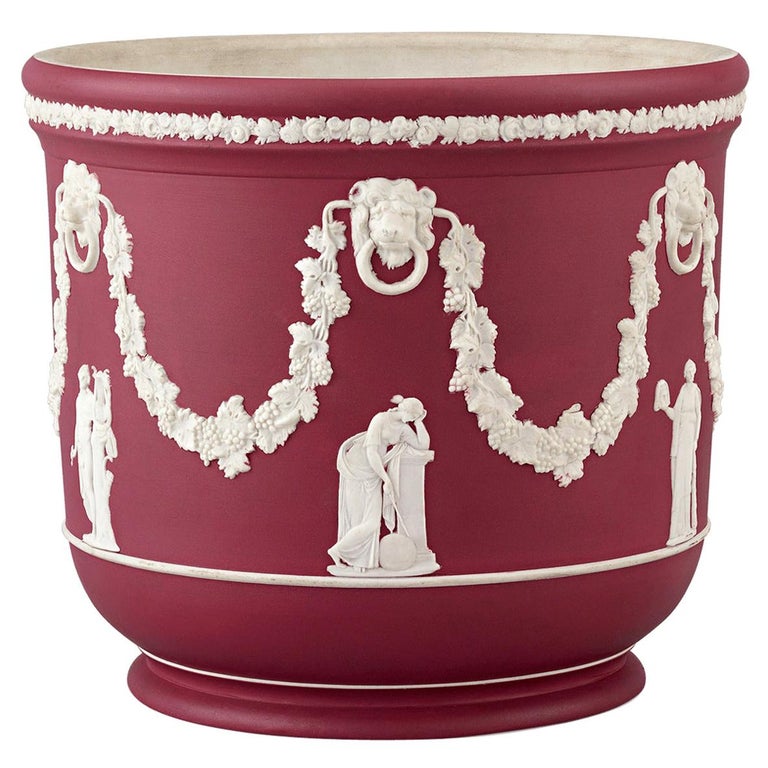 “I love jasperware and am obsessed with the harder-to-find colors — crimson is pretty rare. Just imagine this flanked by some worn leather books.” 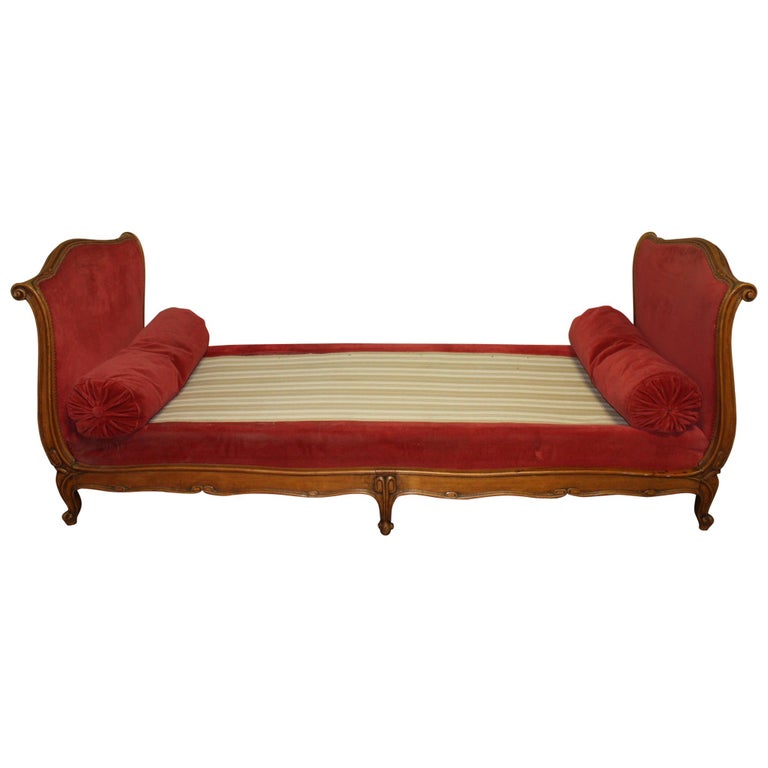 “An old French daybed in red velvet would be perfect to place across from your cabinet so friends can gather around and talk about your ‘oddball’ collection.” 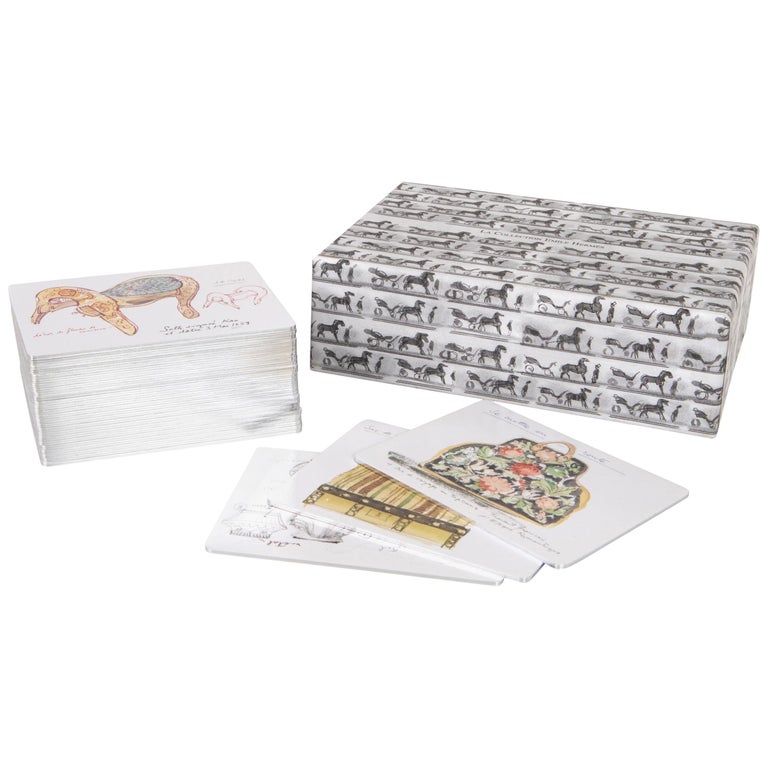 “Lastly, a fun game for you and your friends to play while lounging on your French daybed. Why not an Hermès memory game?”