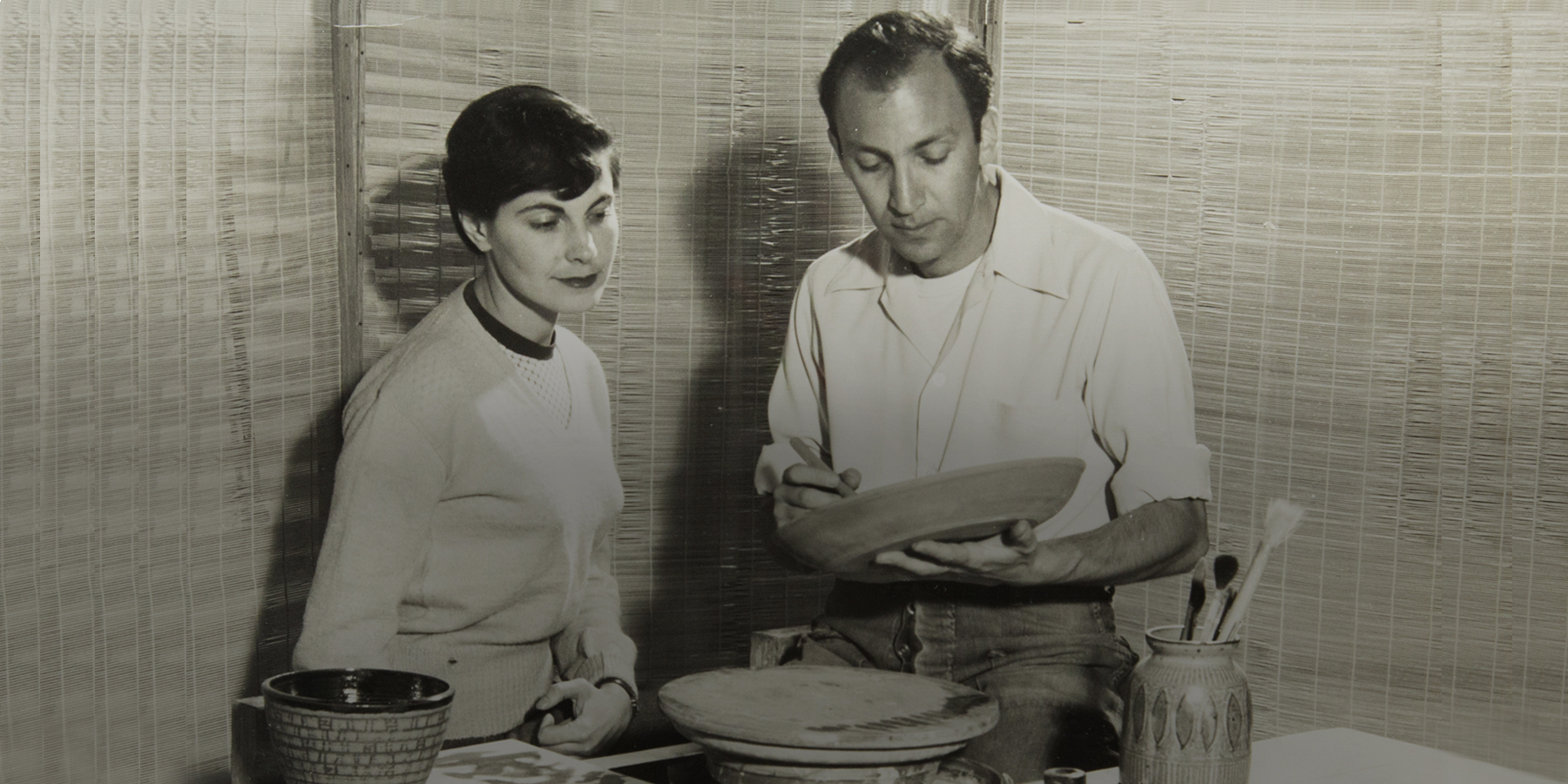 In the tradition of husband-and-wife creators like the Eameses and Les Lalanne, Jerome and Evelyn Ackerman collaborated on ceramics, mosaics, tapestries and decorative objects whose style helped shape the California mid-century modern aesthetic. Recently Jerome, now 95, spoke to 1stdibs about his career and what it was like to work alongside the love of his life for 64 years. 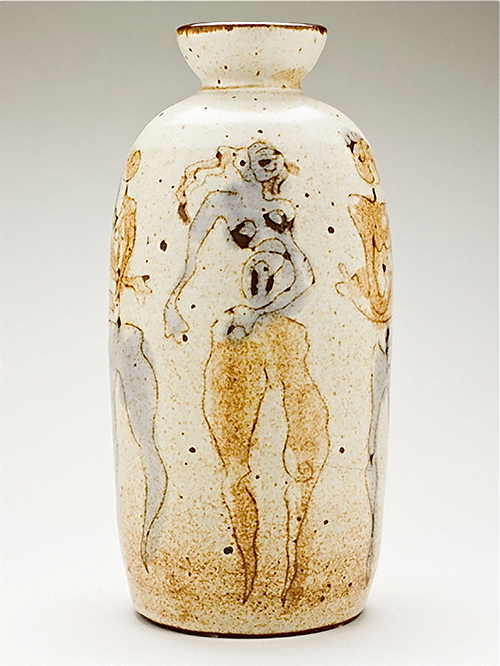 June 1, 2015Vase with Female Figures, 1952, is an early collaboration between the multifaceted, mid-century husband-and-wife creators Jerome and Evelyn Ackerman. He would throw the stoneware vessels, and she would draw the sgraffito decoration using glazes that he had developed (photo by Dan Chavkin). Top: The couple at work in their ceramics studio (photo by Milton Lipton)

When Jerome and Evelyn Ackerman met and married in Detroit in 1948, they began a seven-decade love affair and creative partnership that would have a major impact on the aesthetic of California mid-century modernism. At the time, he was a charismatic World War II veteran, she a young assistant at Luce Lipton Interior Design Studio, where he first spied her folding fabric samples and presented her with a Milky Way bar. Working out of their studio in Los Angeles, where they moved in 1952 to be part of California’s burgeoning design scene, the two would produce handcrafted, decorative objects in a variety of media, including ceramics, textiles, carved wood, mosaics and enamel. Their prolific body of work is distinguished by a hand-wrought sense of warmth and texture; a mix of a folk art–like figuration and colorful abstraction; depictions of flowers, animals, children and mythical figures; and a belief in the Bauhaus principals of design. These days, their oeuvre proves very much in demand, and the Ackermans rank among the most influential design couples in history. (Evelyn died in 2012 at age 88, while Jerome, known as Jerry, is still going strong at 95.)

A testament to the renewed interest in their work, Pointed Leaf Press recently published Hand-in-Hand, Ceramics, Mosaics, Tapestries, and Woodcarvings by California Mid-Century Designers Evelyn and Jerome Ackerman, the first book to document the lives and careers of the couple. In celebration of the book, Jerry has been making the rounds at parties, book-signings and lectures. Recently he shared some of his thoughts and memories with 1stdibs, recounting details of his long love affair with Evelyn and their fruitful, far-reaching collaborative partnership. 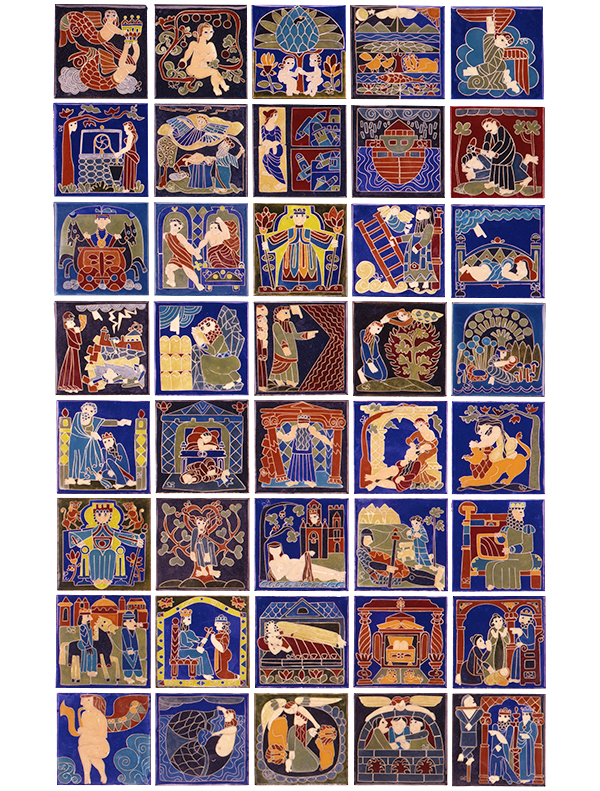 Evelyn considered her Stories from the Bible, comprised of 40 individual cloisonné squares, each depicting a different tale from the Old Testament, to be her most challenging and gratifying piece. She worked on it every day for a year and half, completing the composition — which was acquired by the Smithsonian Museum — in 1985. Photo courtesy of the Smithsonian American Art Museum/Art Resource

As a team, you designed in many media. Looking back, did you have a favorite?

At the beginning, I was deeply invested in ceramics, but it really is very difficult for me to pick; we devoted our energies to each type of medium and design wholeheartedly. I laughingly said we opened up a treasure chest. We were passionate about our work for all the years we were together.

Is there a piece that you and Evelyn designed together that you feel is emblematic of your career?

One of them is Autumn Abstract, a hand-hooked tapestry. It was my design originally, but we worked together on the colors. Evelyn had a wonderful sense of color, and we worked together this way on many things. Evelyn decorated some of my Jenev Design Studio [which the couple founded in 1953] ceramic designs, and the form and decoration really complemented each other. That kind of collaboration reflected our relationship, our marriage, our work. We were better people and better designers because of our collaborations.

“We were passionate about our work for all the years we were together.” 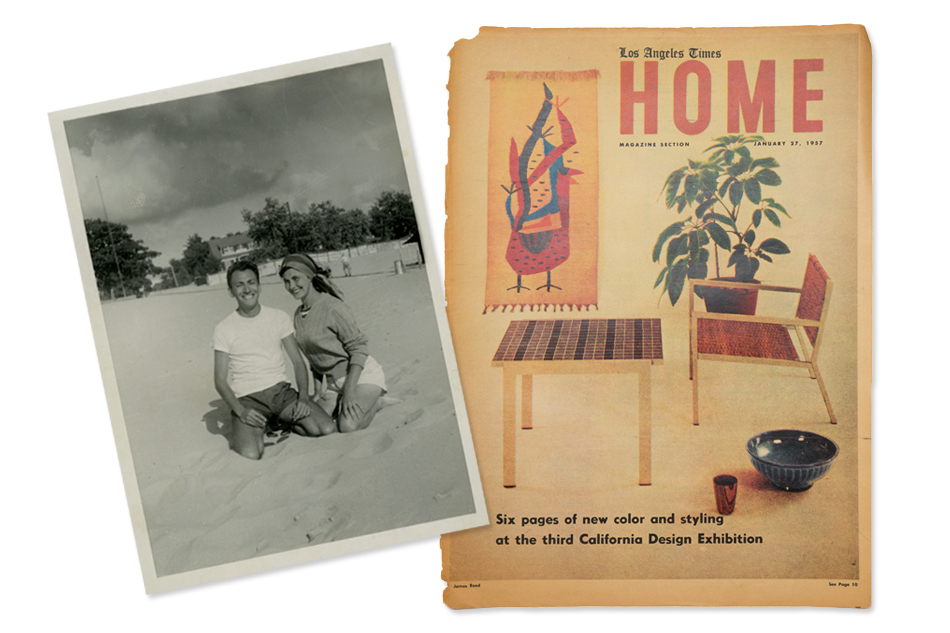 Left: The couple posed on the beach at Frankfurt on Lake Michigan in 1949, the year after they were married (photo by Rose Greenberg Ackerman). Right: The first tapestry Evelyn designed, Hot Bird, which was handwoven in Mexico in 1957, was featured on the cover of the Los Angeles Times Home magazine the same year in conjunction with the California Design Exhibition III (photo from The Ackerman Archive) 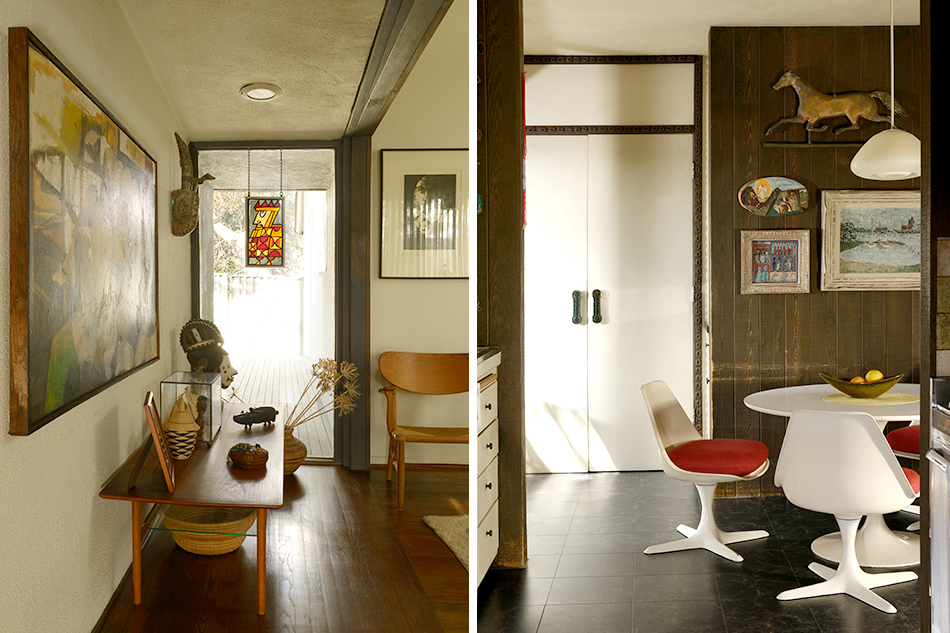 Left: Evelyn’s stained-glass panel King, completed in the 1970s, hangs in the corridor of the Ackermans’ home, providing a bright spot of color amid neutral-toned African baskets and masks and a Hans Wegner chair. Right: An Eero Saarinen–inspired dining set furnishes the couple’s breakfast nook. The fruit bowl is one of their creations, and the oil painting of the Detroit River skyline, which hangs beneath an antique weathervane, was completed by Jerry during his senior year at Wayne State University, in Detroit. Photos by Dan Chavkin 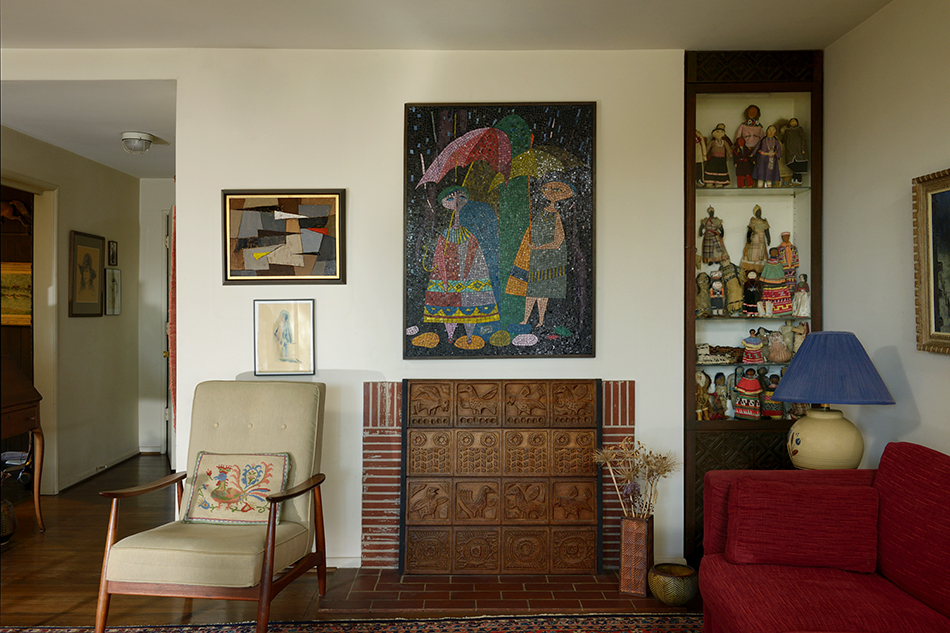 In their living room, the couple combined their paintings, ceramics, mosaics and wall hangings with ethnic art and a mix of furniture by Alvar Aalto, Charles Eames, Hans Wegner and George Nelson. Photo by Dan Chavkin 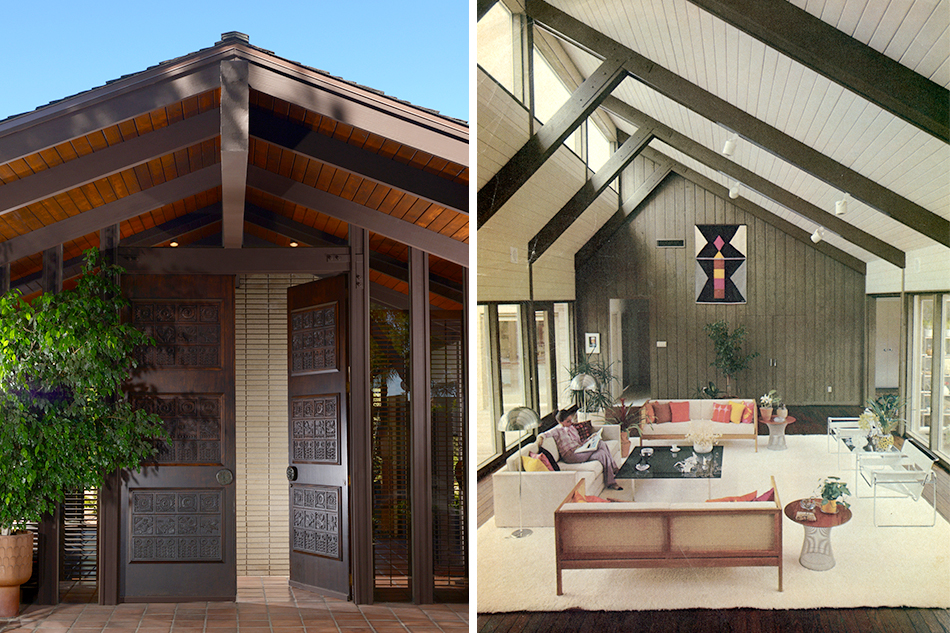 Left: The Ackermans produced their first group of carved-wood bas reliefs in 1958 and eventually developed a way to create modular, carved redwood panels that could be assembled easily for architectural and interior design use, an example of which is seen here in the doors of a Beverly Hills home (photo by Dan Chavkin). Right: The 1970 tapestry Launch Pad, measuring 70 inches tall, manages to become the main focal point in a large room. “We were ahead of the curve in terms of decorative accessories,” says Jerry. “Prior to our tapestries, mosaics and wood carvings, generally everything that went into a house was either a painting or a print.” Photo from the Ackerman Archive 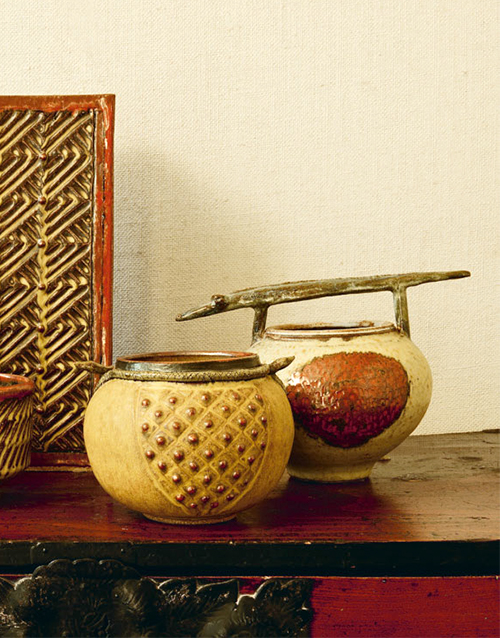 A collection of the couple’s ceramics from 1990 to 2007, featuring reptilian motifs (a favorite of Jerry’s), sits atop a 19th-century Japanese tansu chest in the couple’s home. “I love ceramics. I love the tactile,” says Jerry. “It’s so different from painting on a flat surface.” Photo by Dan Chavkin

Can you talk about the first moment you felt successful?

When I went out after developing the group of Jenev ceramics: I’d designed and produced them, and I felt that I was ready to present them, but it was still quite a test to see if someone would be interested in purchasing them. I think in many senses, my first two sales to Carroll Sager and Jules Seltzer, who both had very well-established contemporary furniture stores, really validated my designs. Now, when I see another generation appreciating our work, I feel that we accomplished what we set out to do: create well-designed products that young couples like ourselves could afford.

Who else bought your work?

We worked with all the major design and architectural firms of the time, including Gensler, Victor Gruen, Craig Ellwood, Arthur Elrod, Paul McCobb, Howard Hirsch, Steve Chase, Welton Beckett, Cannel & Chafin, and Skidmore, Ownings & Merrill. Our showroom was to the trade; we didn’t sell to the public. Being in Los Angeles, we had a steady stream of television and movie people use our designs. A few years ago, someone showed us a Twilight Zone episode from the early 1960s with our tapestries! Through the trade shows that we participated in, we opened up our market to catalogs and stores like J.L. Hudson’s, Macy’s, Marshall Field’s, Bloomingdales and Neiman Marcus, as well as many smaller contemporary shops on the West Coast and around the country. 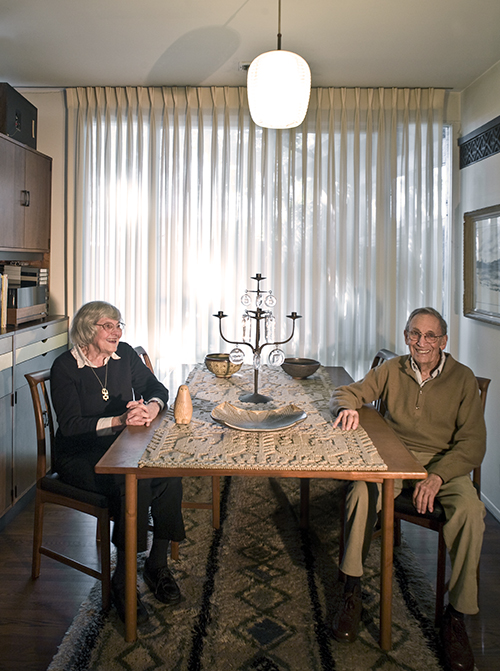 The couple sits in their dining room in 2010 — the Dux dining set and Kosta Boda candelabra were imported from Sweden. The ceramic owl is from Evelyn’s undergraduate days, while the bowls are more contemporary creations by Jerry. Photo by Robin Hill

What motivated you as an artist?

All I remember from when I was very young — and Evy told me the same thing — was that I was always drawing. My daughter has one of my Wizard of Oz books that I got in 1924 or 1925, in which I did my first drawings. I’ve always loved creating things and exploring different materials. That was our life. We both loved it. Neither of us grew up in artistic homes, but somehow we found art. I originally planned to go into commercial art, but we blended our talents and drew upon each other’s passion and wound up as what people now call designer-craftsmen.

Over the years, you’ve received many awards and accolades. Is there one that is particularly meaningful?

As designer-craftsmen, we found the California Design exhibitions extremely gratifying. [A series of exhibitions held over the course of two decades, these showcased furniture, housewares and decorative accessories made in California and launched the careers of many artists, firmly putting the region on the style-setting map.] We participated in all of them, with more than 50 works included in shows from 1954 to 1976. In 2010, we flew to Detroit for the first time in many years to receive the Wayne State University Distinguished Alumni Award as a couple. We had graduated from Wayne more than 60 years earlier, and we donned cap and gown and led the graduation ceremony. 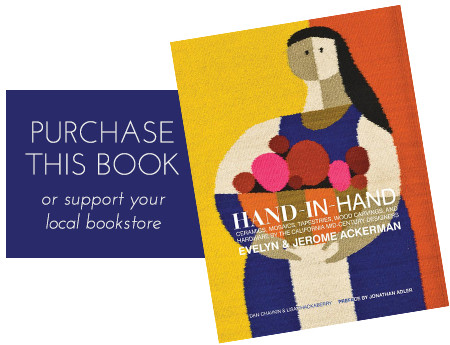 A dream. Discovering gold where you least expected it. She was a wonderful wife, a wonderful partner in our business, a wonderful designer and a wonderful mother. Being able to work together, reviewing designs together and being able to accept feedback, that was very important. We had very different personalities — I’m pretty gregarious, and Evelyn was quite shy — but we melded together and not only were able to be married for 64 years, but to work together that whole time. Evelyn said it perfectly: What she couldn’t do, I could do; and what I couldn’t do, she could do. 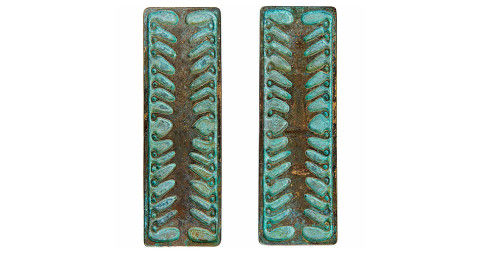 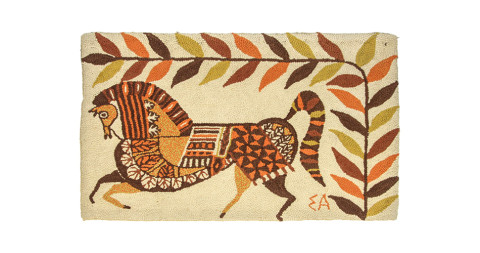 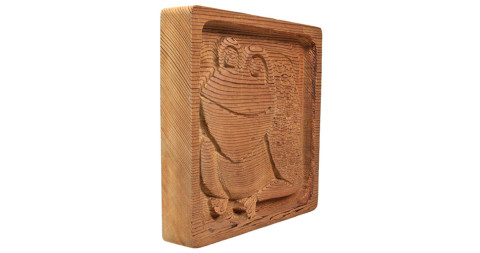 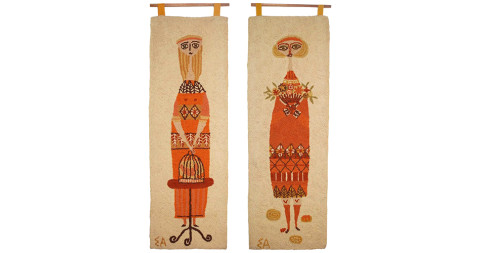 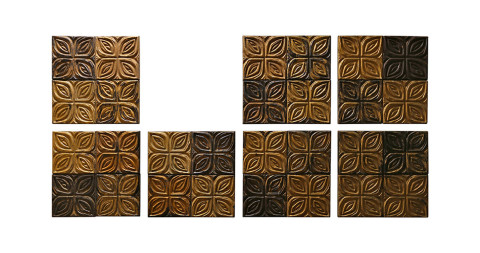 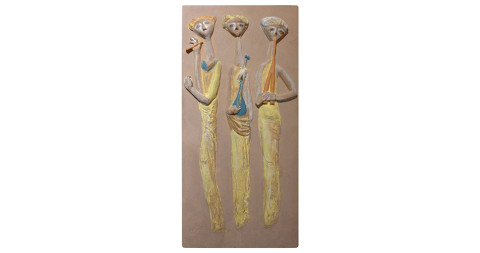