Meet the financier-turned-art-dealer behind the selling show of Andy Warhol photos currently at 1stdibs’ gallery at the New York Design Center. 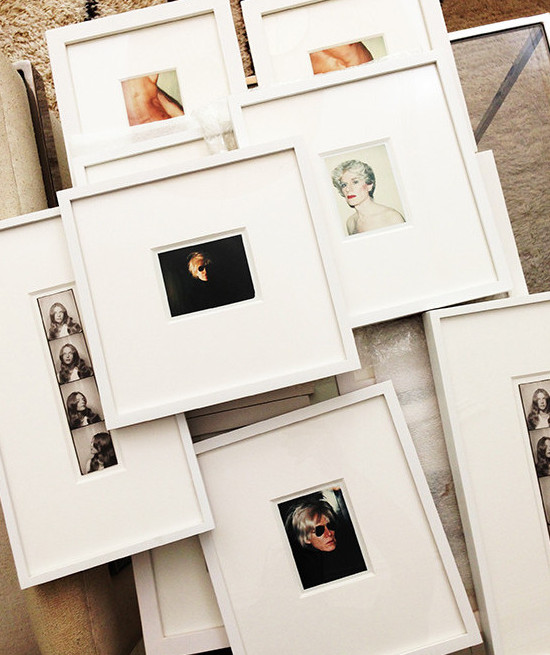 September 11, 2013Hedge’s photos, both by and of Warhol, are currently on display in a fascinating exhibtion at 1stdibs’ gallery at the New York Design Center. Photo by Barry Sutton. Top: Jim Hedges possesses a formidable collection of Warhol photography, 150-plus pieces of which he’s now offering exclusively on 1stdibs. Photo by Barry Sutton

Andy Warhol’s current status as an auction-house staple, oft-quoted sage and iconic image-maker can obscure the fact that he toiled for years to gain his art-world cred. (And even when he became famous, he wasn’t given credit — at least not at first — for the innovative and brilliant way he captured the zeitgeist.) Indeed, he went about crafting a career bit by bit, spending the 1950s creating clever shoe advertisements and dreaming about something bigger and better, patiently building his reputation and eventually enjoying fame that lasted a lot longer than his proverbial 15 minutes.

Investment guru and art-collector-turned-dealer Jim Hedges, a diehard fan of Warhol’s work, has taken a cue from this page of the master’s playbook. Over the course of a dozen years, Hedges has assembled a remarkable collection of Warhol photography — including pictures the artist took himself and those taken of him and his captivating crowd.

From now through October 7, around 150 of these images make up “I’ll Be Your Mirror: Photos by Andy Warhol and His Inner Circle,” a selling show at 1stdibs’ gallery at the New York Design Center (200 Lexington Avenue, 10th floor). The selection — much of which is also available online exclusively through 1stdibs — mostly comprises portraits, all of them still strikingly fresh in their directness. They represent a who’s who of the 1970s and ’80s smart set — from drag queens to Nancy Reagan, with a wall devoted solely to Mick Jagger and the Rolling Stones. 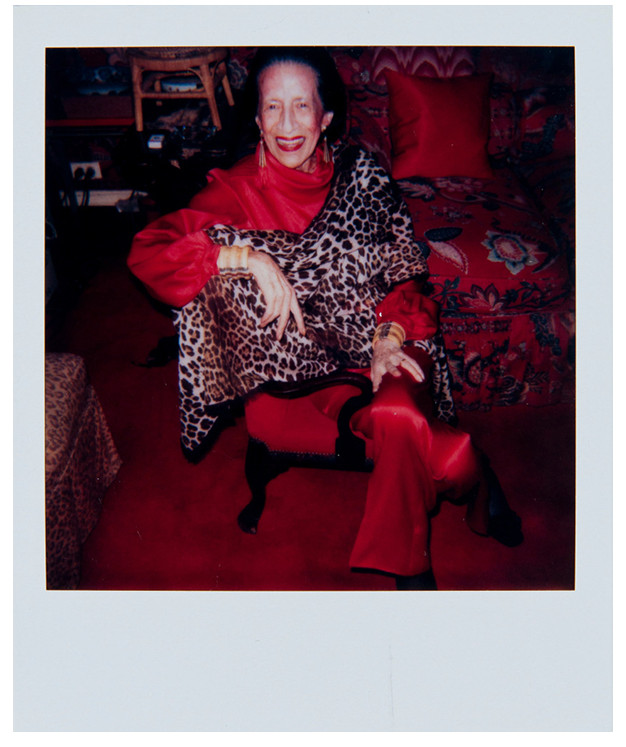 Warhol shot Diana Vreeland, 1983, in the editor’s famous red living room, which she called “a garden in hell.” Click on images throughout the story for more information.

Photography was critical to Warhol’s creative process. He carried a camera with him from the mid-nineteen-sixties until the day he died,” says Hedges, who — like Warhol — marries an eye for art with a savvy approach to the marketplace. A pioneer in the hedge fund industry for 17 years, Hedges sold his advisory firm in 2010 and has been steadily moving toward a focus on the art business ever since.

“I try to look at an artist and see where there are opportunities, something underappreciated,” says Hedges, who cites as examples his collections of drawings by Sigmar Polke and Richard Serra (he amassed the former collection in the late ’90s and the latter over the last decade). “But I wouldn’t have bought these Warhol photographs if I weren’t excited about them.”

For Hedges, a social animal himself, the significance of the photos is the cozy conspiracy between famous types on either side of the lens. “The subjects allowed this interaction, and they saw the value of it,” says Hedges. “It’s a dialogue with the artist.”

Hedges sorts Warhol’s photography into four phases. First, in the 1960s, are the casual Times Square photo-booth strips that Warhol treasured. Then came the Polaroid SX-70 that went everywhere with him from the late 1960s to 1976, capturing, for instance, the intimacy of Vogue legend Diana Vreeland in her living room. “That was his date, his companion,” Hedges says of the camera.

“Photography was critical to warhol’s creative process. He carried a camera with him from the mid-Nineteen-sixties until the day he died.” 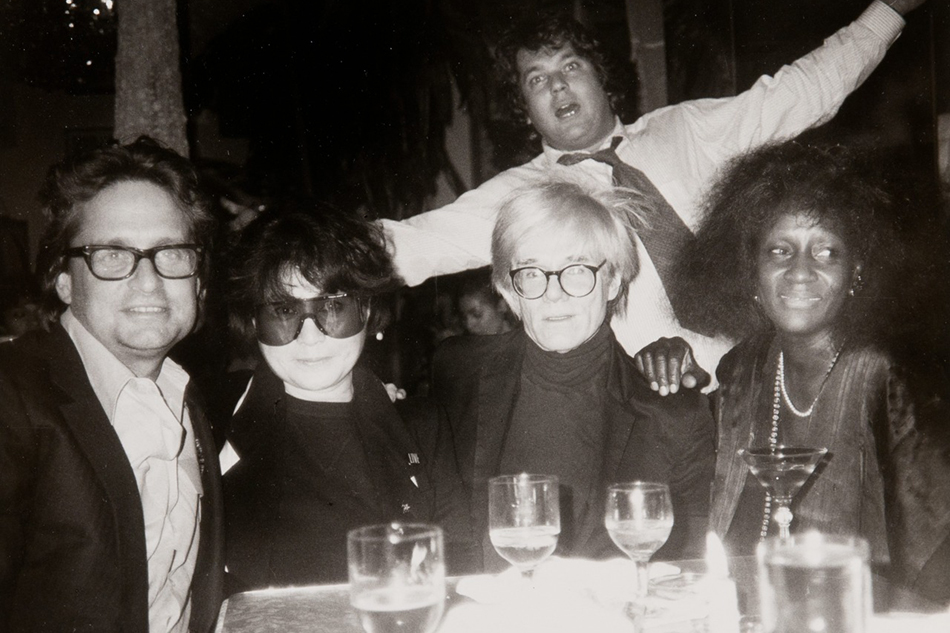 Warhol’s photographs represent a who’s who of the 1970s and ’80s, as evidenced by Andy Warhol, Michael Douglas, Yoko Ono, Jann Wenner, and Jezebel, 1986 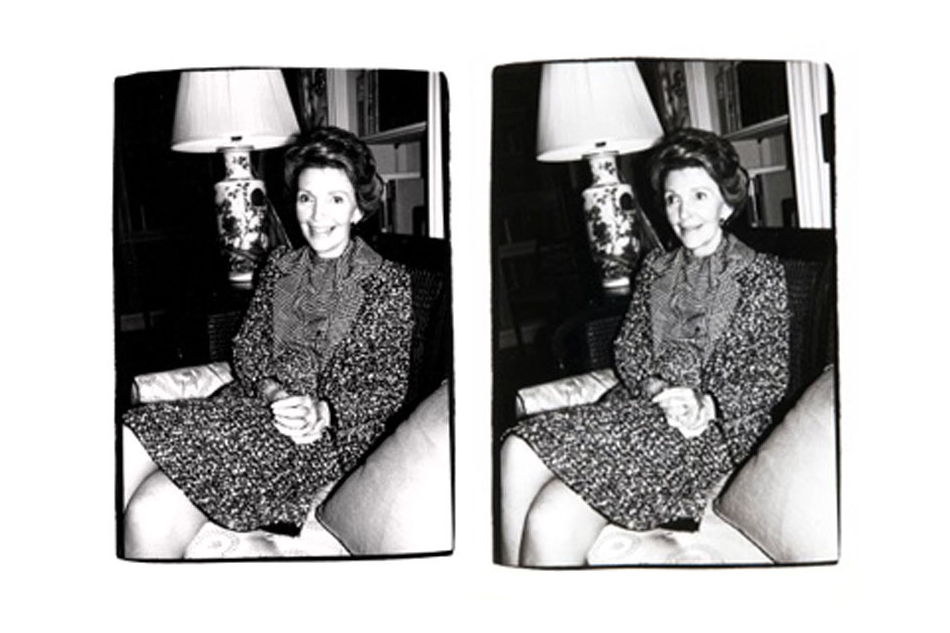 Warhol’s subjects ran the gamut, from Grace Jones to Nancy Reagan, shown here in Nancy Reagan I and II, 1981. 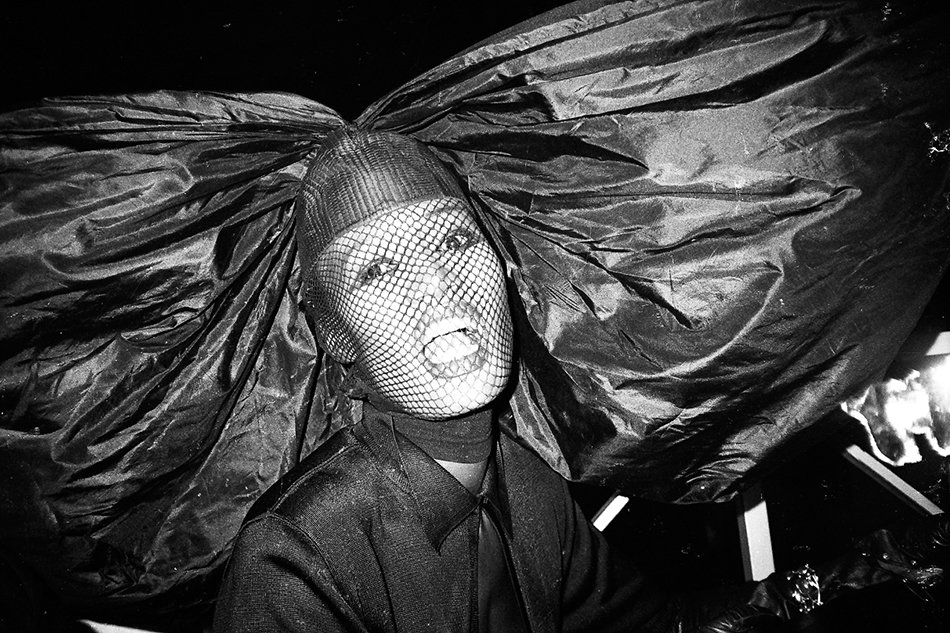 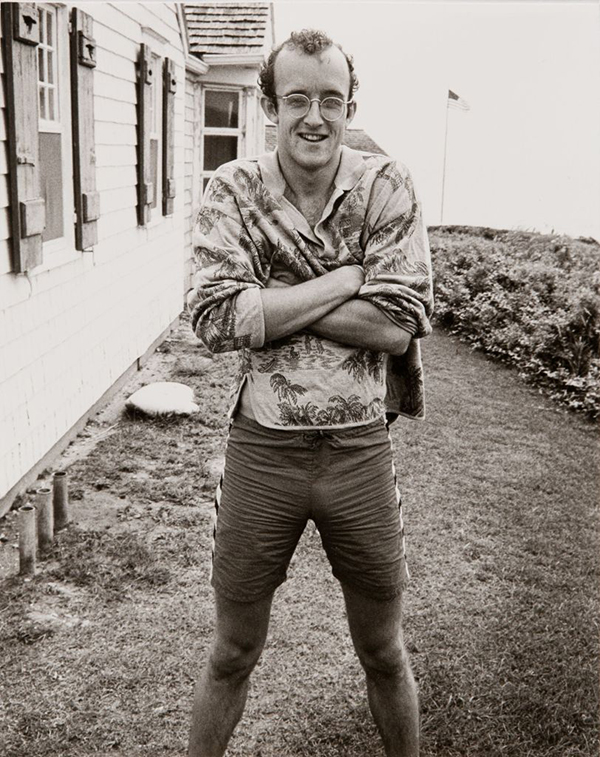 Many of Warhol’s photos, including Keith Haring in Montauk, 1984, offer glimpses of the personal sides of well-known people.

In 1976, legendary Zurich-based dealer Thomas Amman gave Warhol a 35mm camera, and Warhol started carrying that around instead, only using the Polaroid in the studio for slightly more formal sittings.

Finally, there are the collages of 35mm prints that Warhol stitched together with a sewing machine, whose serial format calls to mind his famous grid paintings of Jackie O. and Marilyn Monroe.

Hedges bought many of the images in his trove from the Andy Warhol Foundation for the Visual Arts (which bestows grants to contemporary art institutions via funds raised from the sale of Warhol’s estate). These include such classic shots as the artist Keith Haring relaxing in a bathing suit at Warhol’s Montauk retreat. “Sometimes I bought hundreds at a given time, in an encyclopedic way,” says Hedges.

Hedges also partnered with two Warhol intimates to come up with some of the material in the sale: Pat Hackett, Warhol’s secretary and later the compiler of his memoirs, and his young assistant, Sam Bolton. (See “Knowing Andy” below.)

Beyond Warhol, Hedges, who lives in a Greenwich Village townhouse with his partner, Tom Delavan, and his two sons, also collects work by Sol LeWitt, Louise Bourgeois, Rudolph Stingel, Christopher Wool and Richard Prince, among others. He has served on numerous museum committees and was a longtime trustee of the DIA Foundation. 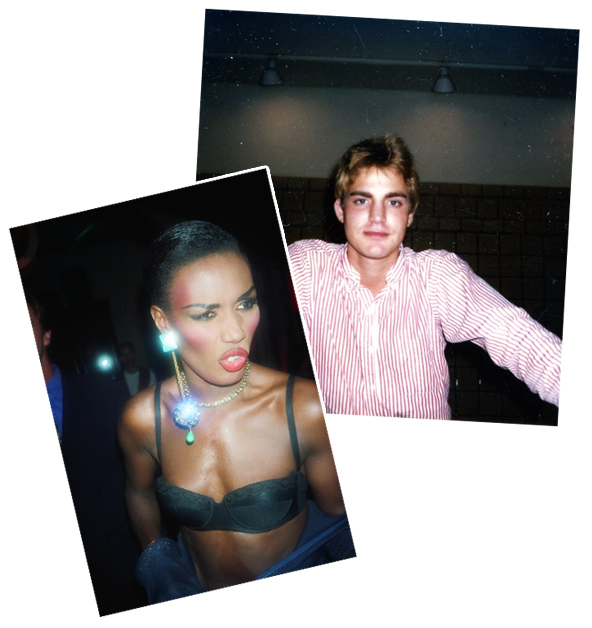 From top: A Polaroid of Sam Bolton, date unknown, by Warhol; a shot of Grace Jones, 1986, by Bolton

Certainly no artist ever hired more of New York’s college-age kids than Andy Warhol — but it was an odd kind of employment agency. “Andy didn’t hire people to do specific jobs,” says Pat Hackett, his longtime secretary, who worked with him from just after he was shot in 1968 to his death in 1987. “If he felt he could stand having you around, he’d find something for you to do.”

Hackett was only an undergrad at Barnard when she started, but she became a close confidant who eventually edited Warhol’s diaries for posthumous publication. Selections from her trove of 8×10 black-and-white Polaroids by Warhol are in 1stdibs’ “I’ll be Your Mirror” show and sale.

Life with Warhol was actually less of a non-stop party than people imagine, says Hackett: “It was a rare and exciting time when a celeb came to the Factory — it wasn’t every day like people think. If Mick was coming, we got excited.” Then again, no one would ever confuse it with a job at a bank. “It was fun,” she says. “If it had been ‘normal,’ I wouldn’t have stayed.”

For Sam Bolton, who was 19 when Warhol hired him to assist his manager, Fred Hughes, some of the memories are shocking, given the rise of Warhol’s reputation. “Some of those older paintings, Fred used to roll them up and throw them behind a curtain in the office,” he says. “Now they sell for seventy million dollars.”

Bolton was taking his own photographs while at Warhol’s side throughout the 1980s, and Hedges has produced an edition of some never-before-printed shots for the sale, including an image of the fearsome Grace Jones, then at the height of her demimonde stardom. And Bolton, who contemplates publishing a book of his images, is still in awe of Warhol’s own work behind the lens. “Photography was something he would have developed more, had he lived longer,” Bolton says. “He had such a great eye. 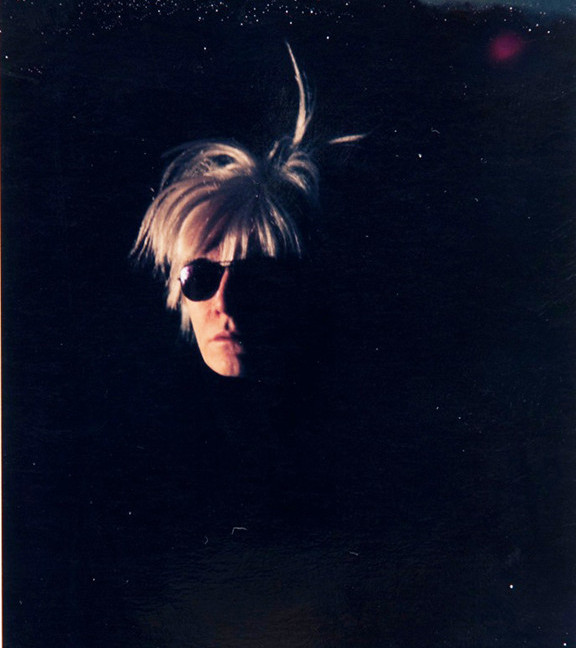 Andy Warhol Self-Portrait in Fright Wig, 1986, is one of the many iconic pieces offered in the capsule collection.

Twenty years ago, as a young investment pro just starting out in Naples, Florida, Hedges gravitated toward Fantin-Latour roses and Helen Frankenthaler abstractions. “Those are still great things but not what I am particularly interested in now,” says Hedges, a native of Lookout Mountain, Tennessee. “One’s taste evolves. It become much more spare over time.”

That evolution got a push from a famous art-world figure. “I started working with the art consultant Thea Westreich,” says Hedges. “She was a generous and challenging teacher. Working with Thea led me down a lot of paths.” One of those was discovering Brice Marden drawings, which Hedges called a great transition from his former interest in figural work to more conceptual pieces. Then his experience with DIA cemented his interest in Conceptual art. “That universe and that style means the most to me,” he says, citing favorites like Dan Flavin, Donald Judd and Robert Smithson. “They all have such a rigor to their approach.”

Hedges is quick to make a connection to his current project: “I feel there’s a consistent thread and many parallels. Andy Warhol has that conceptual basis. He was making shadow paintings, just as Sol LeWitt was making wall drawings.” 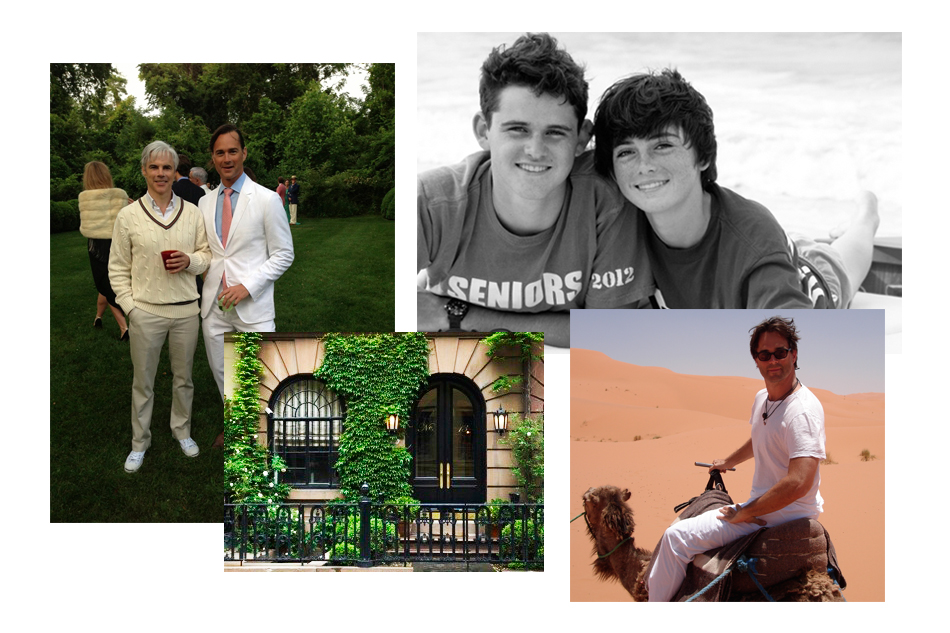 Clockwise from left: Hedges with his partner, Tom Delavan, at the 50th birthday party of Vogue’s Hamish Bowles, held at the home of Anna Wintour; Hedges’ two sons, Evans and Malone; traveling through Tunisia; the leafy exterior of his Greenwich Village town house 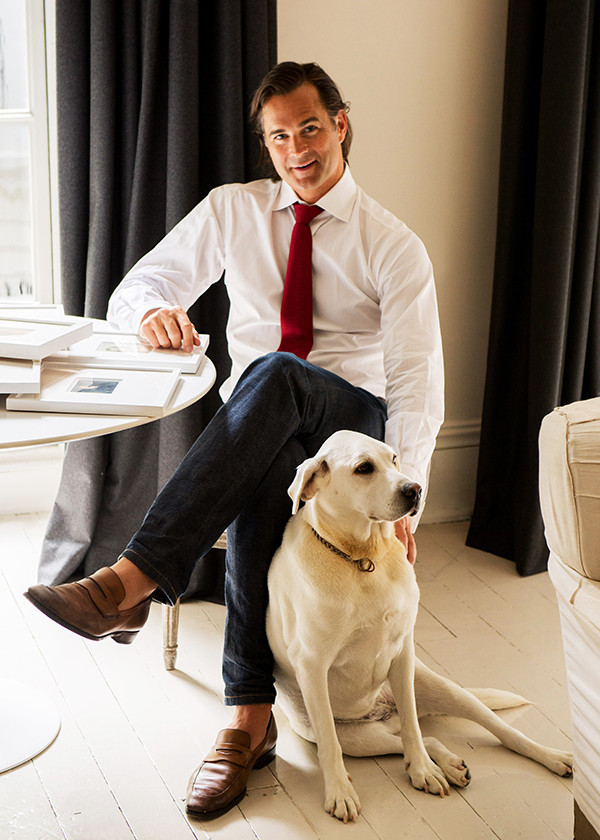 As far as interior design goes, Hedges cites Miles Redd and Stephen Gambrel as favorite decorators — though he doesn’t need to concern himself with those details at home. “My partner is a designer,” he says, referring to Delavan’s vaunted eye, which also gets a workout in his gig as creative director of Gilt Home. “I leave it all to him. We live with a lot of white and a lot of gray in a nineteenth-century house with good moldings.” (It’s out of the house’s stoop-level office and adjoining viewing room that Hedges runs his by-appointment gallery business.)

His heady group of friends and acquaintances serves as further sources of inspiration — he cites Anna Wintour’s country house gardens on Long Island as a favorite space and reminisces fondly about a trip alongside Evelyn and Leonard Lauder to James Turrell’s Roden Crater in Arizona.

“I’ll Be Your Mirror” is on view through October 7 at the 1stdibs Gallery at NYDC, 200 Lexington Avenue, 10th floor 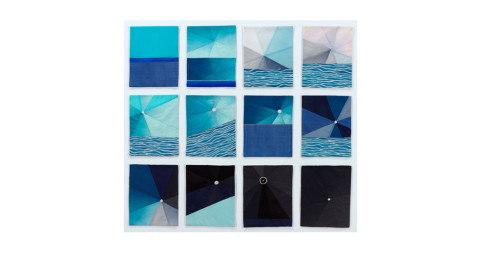 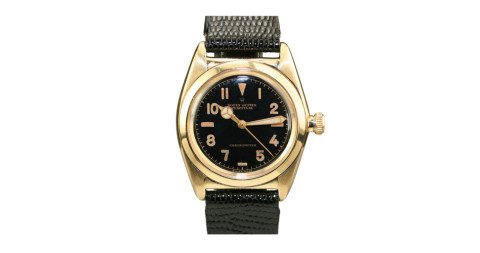 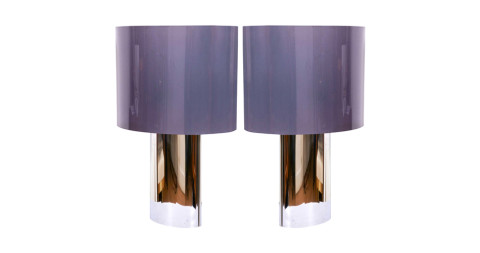 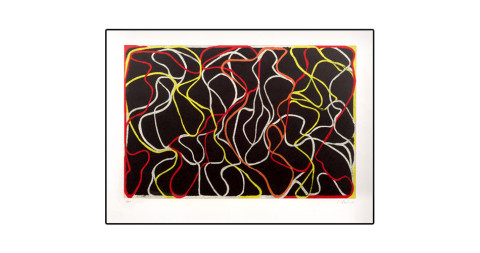 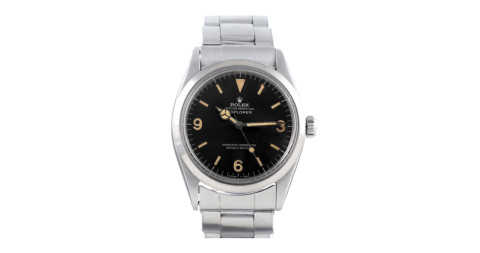 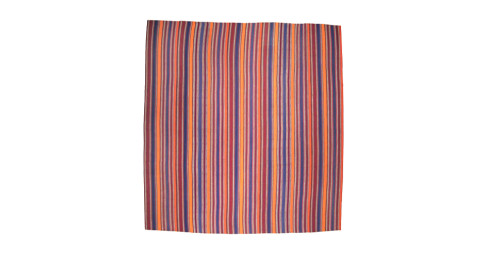