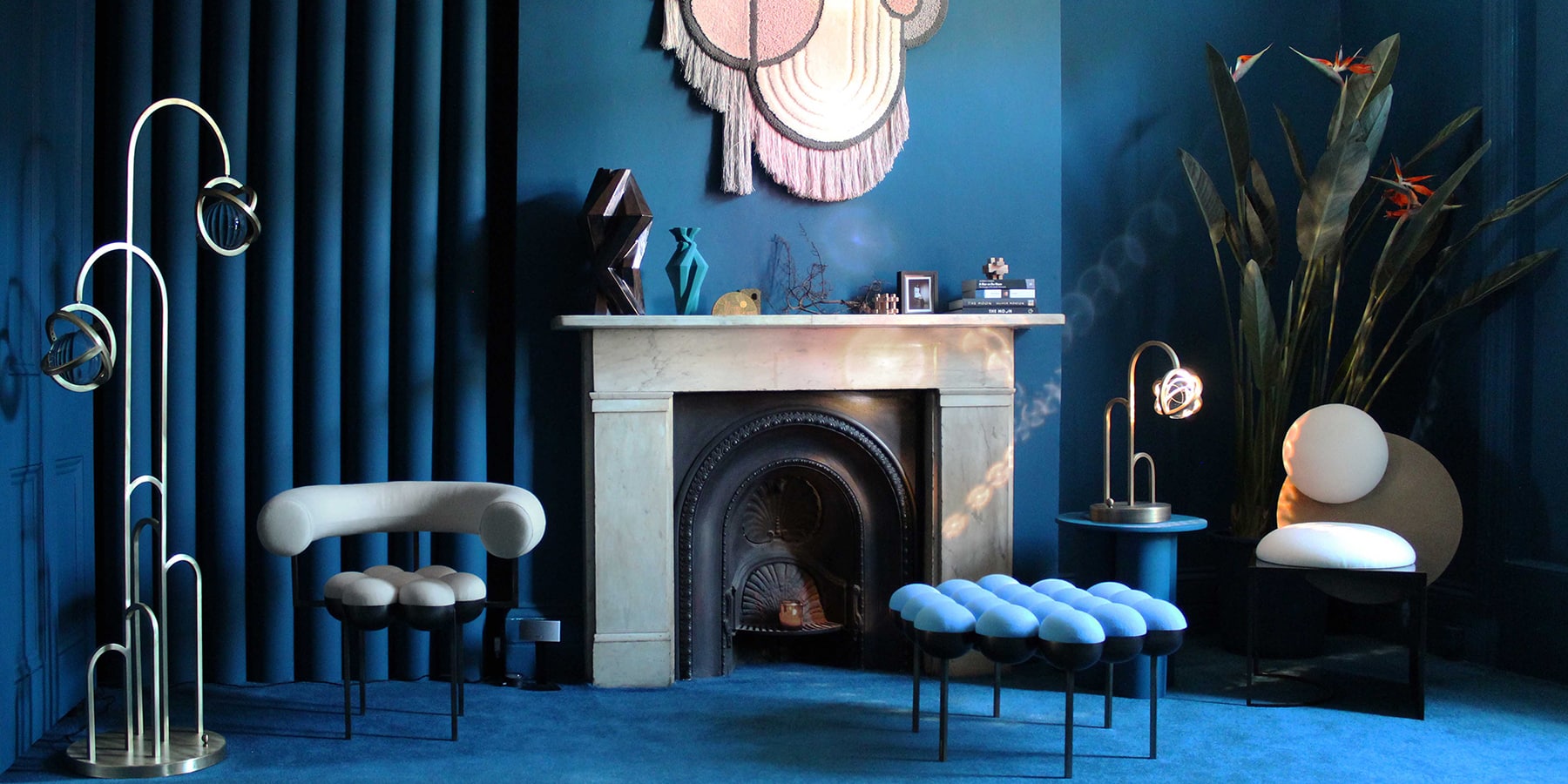 The Slovenian-born, London-based designer's background in metalwork and jewelry is evident in her elegant forms and celestial-inspired furniture. 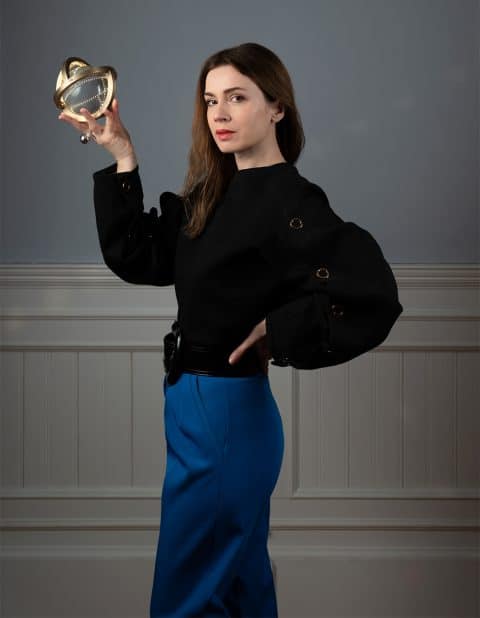 Lara Bohinc, holding a Planetaria Globe table lamp, created jewelry and accessories under her own label before switching to furniture design and launching Bohinc Studio, in 2016 (portrait by Rebecca Reid). Top: Bohinc created a pop-up exhibition of her work, titled Lunar House, for the 2019 London Design Festival, (photo by Philippe Fragniere, courtesy of Bohinc Studio).

“Metal is my favorite material,” says Lara Bohinc. “It is so malleable and yet so hard and durable. It can last thousands of years, and yet you can always melt it down and shape it again, over and over. It is the ultimate sustainable material.”

The Slovenian-born, London-based designer, who founded Bohinc Studio in 2016, is known for brass and steel furniture and lighting pieces that combine taut, slender lines with feminine curves. While Bohinc also designs glass and ceramic objects and has created a collection of rugs, wall hangings and pillows for the Swedish company Kasthall, metal has been the dominant material in her jewelry and, since 2014, furniture.

Bohinc’s interest in metal began in her student days. “I was always making things as a child,” she recalls. Wanting “to learn how to make things technically,” she studied industrial design at the University of Ljubljana’s Academy of Fine Arts and Design before moving to London to attend the Royal College of Art. There, she studied metalwork and jewelry, learning how to craft “big and small pieces, in everything from gold to steel,” and received a master’s degree in 1996. 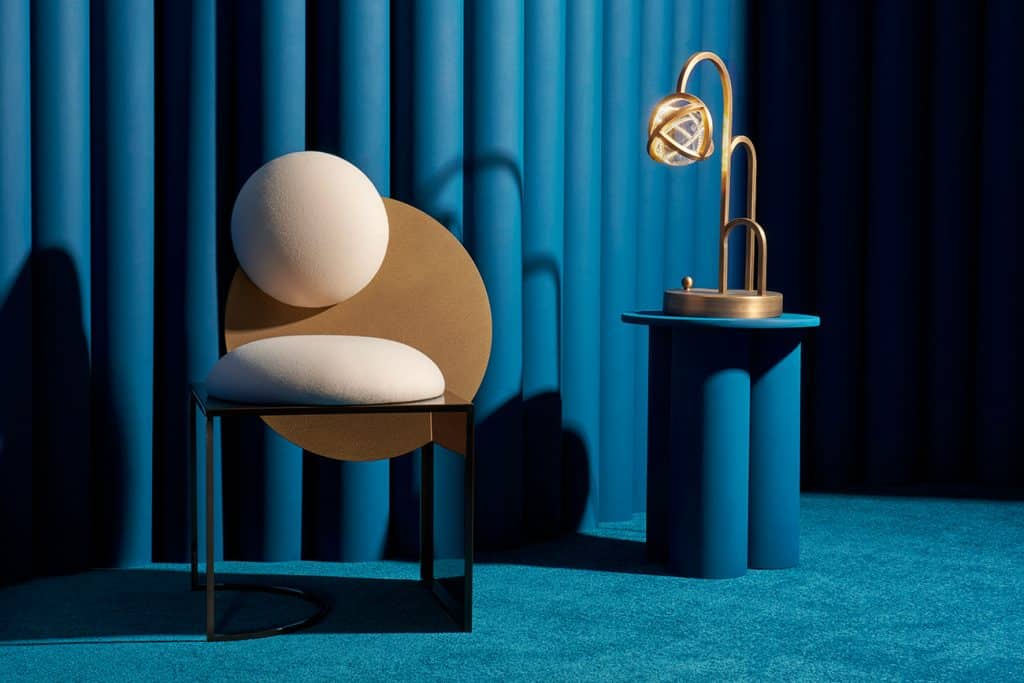 Bohinc named her exhibition in honor of the 50th anniversary of the first moon landing but also after Lunar House, the government building that contains the U.K. Visas and Immigration offices. She calls her installation “my homage to all the people who venture out of the safety net of their home country, or their planet, to explore new lands or new worlds.” Here, Bohinc Studio’s Celeste chair sits next to a Planetaria table light. Photo by Philippe Fragniere, courtesy of Bohinc Studio

Before graduating, she designed experimental headdresses for a friend — they looked “like massive headphones,” she says — which appeared in British Vogue. Bohinc, who won the British Fashion Council’s New Generation Award in 1997, started designing jewelry and accessories under her own label. She also worked as a design consultant for Gucci, Montblanc and, for more than a decade, Cartier — and in 2012 was awarded the Member of the Order of the British Empire for her service to the fashion industry. Nevertheless, Bohinc grew restless. “I wanted to experiment with freestanding pieces, not seasonal or fashion-oriented pieces,” she says. 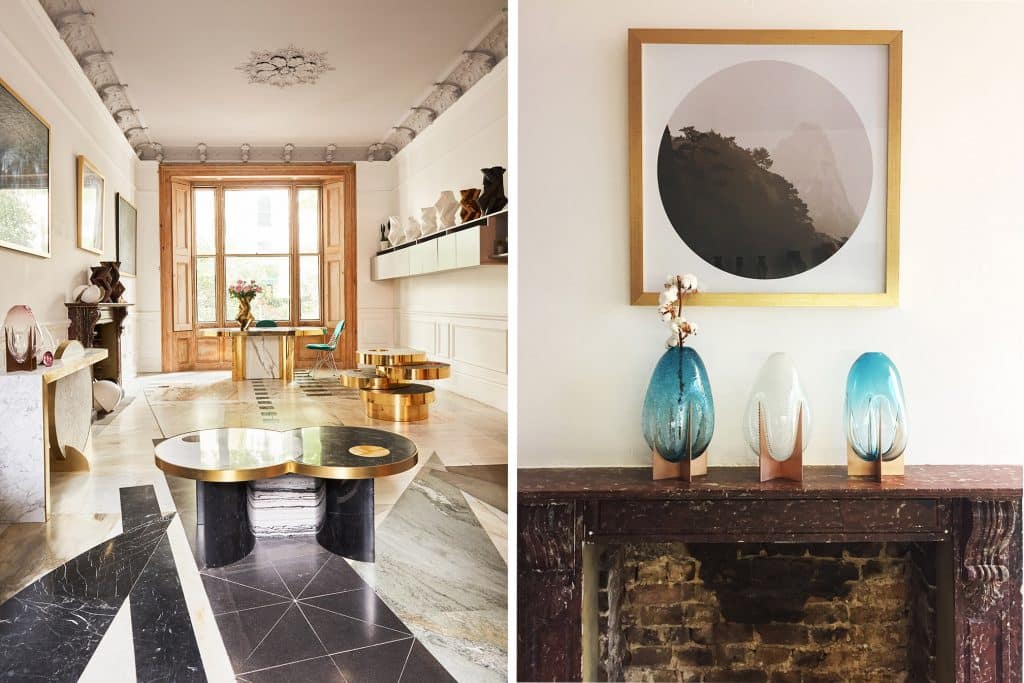 Bohinc’s first furniture design — created for the 2014 edition of the annual Wallpaper* Handmade exhibition, which takes place during the Milan Furniture Fair — was the articulated Solaris Kinetic table. The piece consists of four circular brass-framed marble plates that pivot around a spindle, allowing them to either “orbit” one another or stack in a solid cylinder. Its celestial theme, reflecting an ongoing interest of Bohinc’s, is carried on in her Orbit chairs and tables and Apollo and Saturn seating, whose slender steel frames — forming Art Deco–like tall, narrow arches in the case of the Apollo chairs — contrast with their plump cylindrical or spherical cushions, as well as with the hand-blown glass orbs of her lighting fixtures. Bohinc, who prefers to collaborate with small, artisan-driven workshops on her projects, has the metalwork for these and her other designs done in Portugal and Italy. 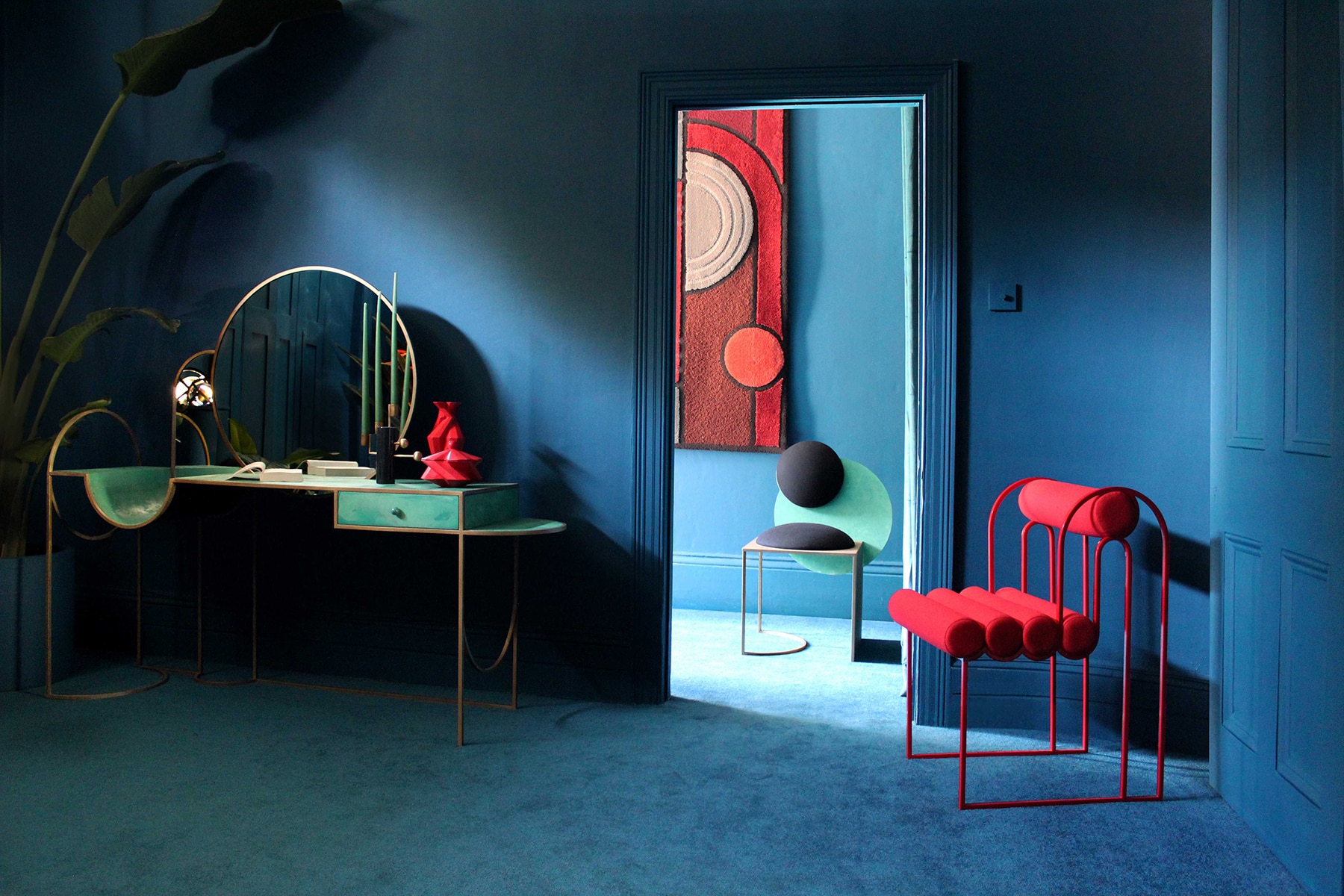 Among the pieces displayed in Lunar House were a Celeste vanity console, Celeste chair and Apollo dining chair. Photo by Philippe Fragniere, courtesy of Bohinc Studio

In contrast to these designs’ ordered geometry, Bohinc’s Fortress collection of ceramics features strong, dynamic shapes composed of interlocking hexagonal components. Embodying still another aesthetic, her Venturi vases have metal bases that cradle Murano glass vessels with sensually soft contours. For their part, the two boxes of the Urushi collection are formed of intersecting geometric solids and made in Japan using the centuries-old urushi lacquer technique. She has also collaborated with the venerated Swedish company Skultuna on brass candleholders and desk accessories. 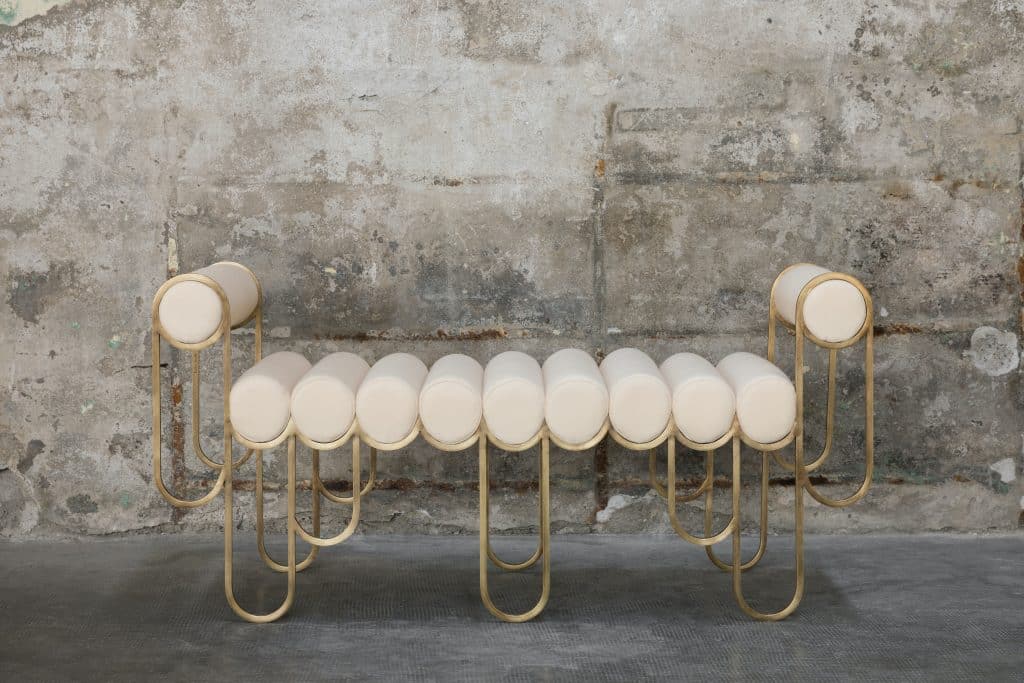 This past fall, for the 2019 London Design Festival, Bohinc designed a pop-up exhibition of her work in a 200-year-old townhouse. She called it Lunar House and painted the rooms an outer-space blue in honor of the 50th anniversary of the first moon landing. The title also has another, more personal, meaning: It is the name of the government building that contains the U.K. Visas and Immigration offices, where the then-newly arrived Bohinc had to apply for permission to stay and study in the country. She terms her own Lunar House “my homage to all the people who venture out of the safety net of their home country, or their planet, to explore new lands or new worlds. 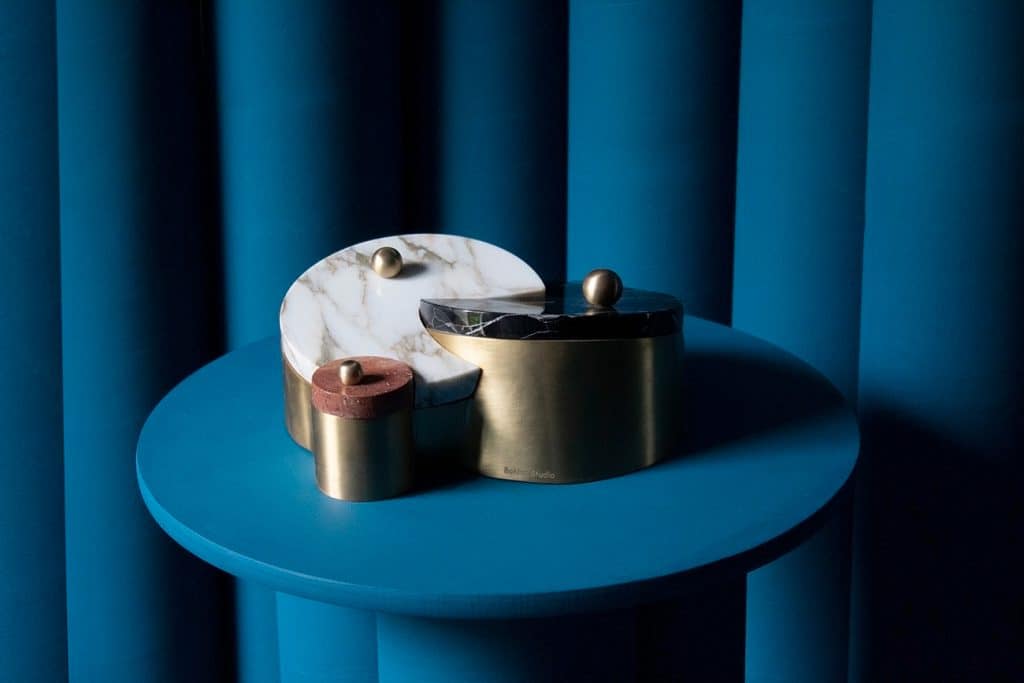 The Saturn and Pluto box, according to Bohinc Studio, references a recent “exceptional planetary conjunction” between the two celestial bodies. Handcrafted in Portugal from handwrought metal and 3-D-milled stones, it comprises three round brass compartments with tops of red travertine and Calacatta and Portoro marble. Photo by Philippe Fragniere, courtesy of Bohinc Studio

In April, Bohinc plans to show new furniture during Milan Design Week. She is also eager to move into interior design, starting with her own home base: a five-story Victorian in London’s Camden Town that she is renovating to house her design studio on the ground floor and, above that, two floors of showroom space and two floors of living space for Bohinc; her husband, Benedict Cooper, who owns a media  company (and whom she calls “my harshest critic and my biggest fan”); and their daughter. 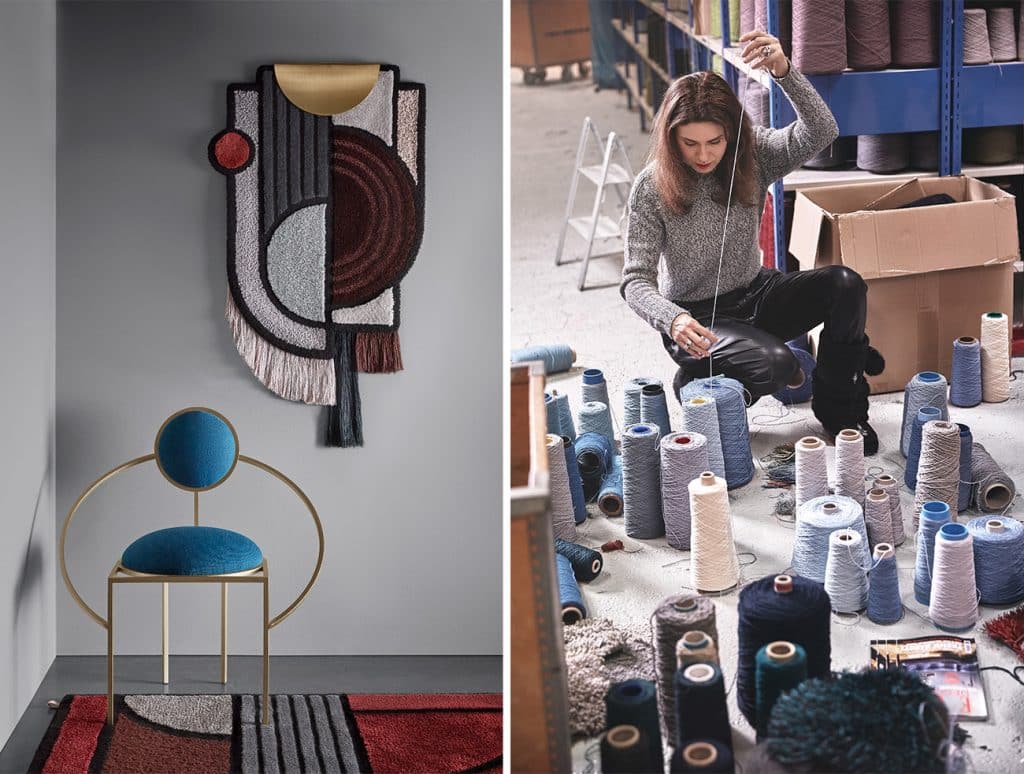 Bohinc plans to host talks and dinners in the showrooms, to “make them alive.” The project is yet another expansion of her constantly broadening horizons. As she says, “To design spaces around the objects gives me a new perspective.”

The designer discusses her pieces and other favorites on 1stdibs 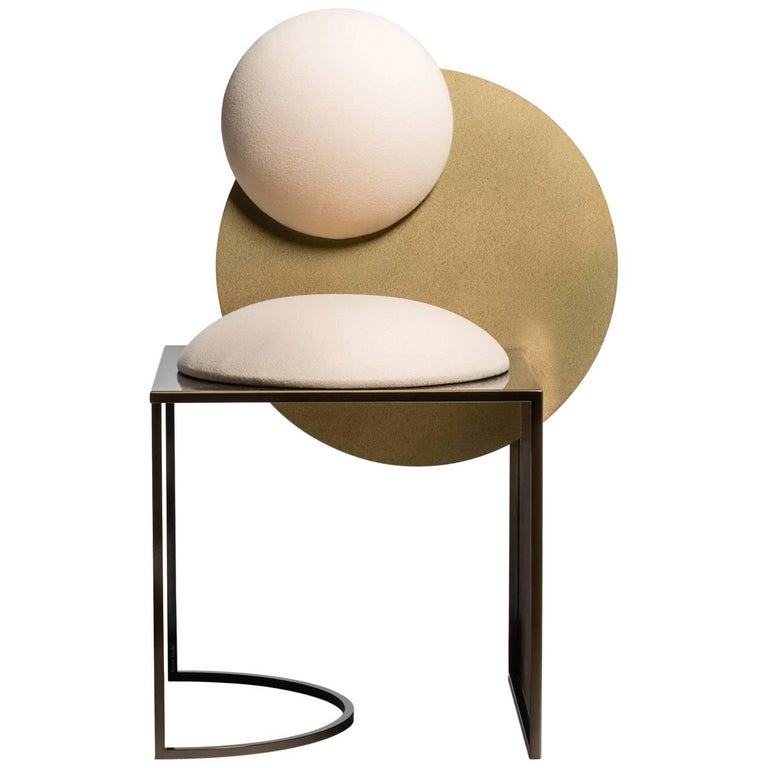 “This is one of our most popular chairs. People like it because it is visually striking but also very comfortable.” 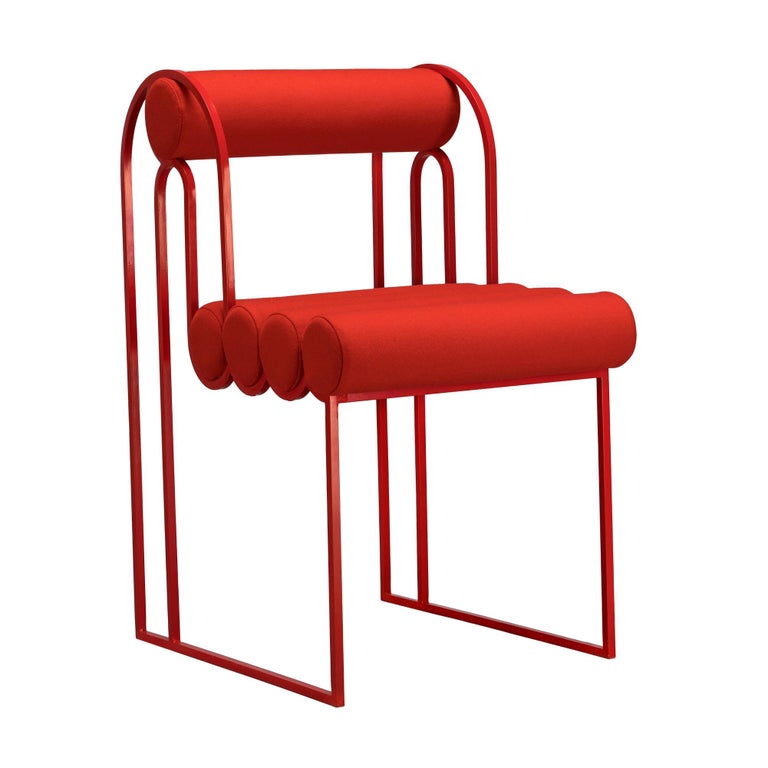 “I like the lines of the Apollo chair, as they seem decorative but also serve a clear function.” 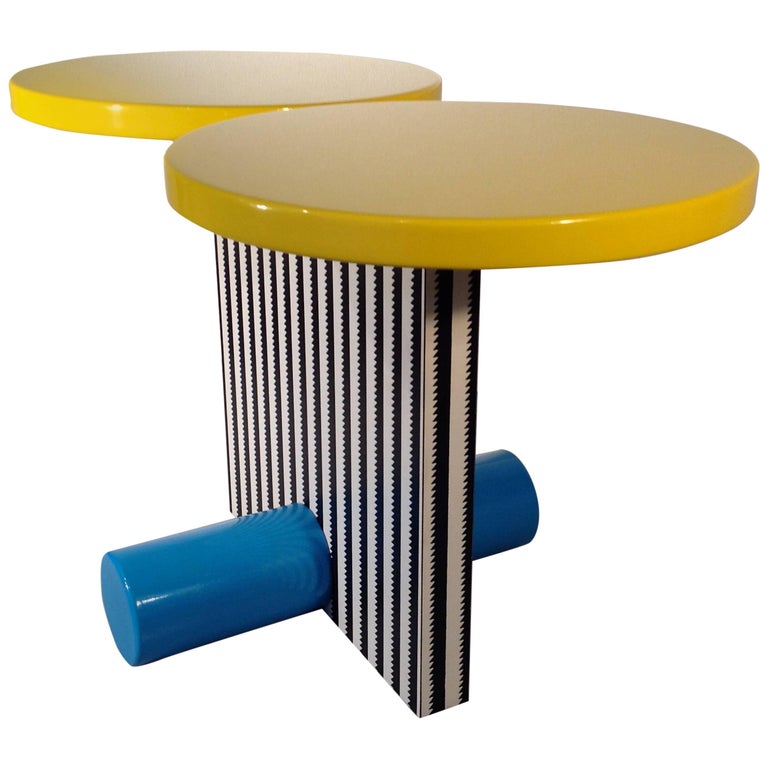 “This is one of my favorite tables. I love its construction, simplicity, playfulness and colors.” 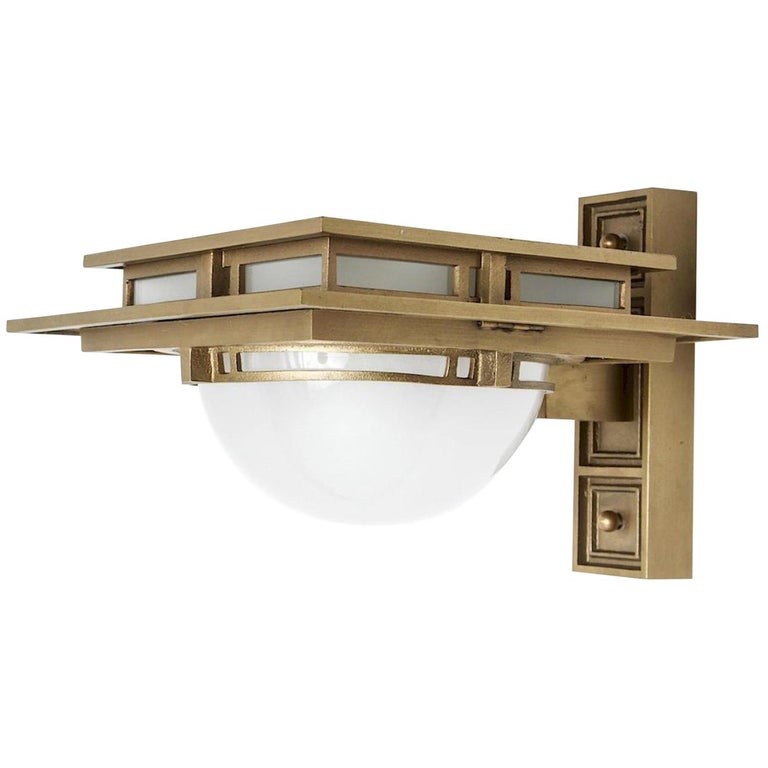 “I’ve always loved Frank Lloyd Wright’s designs, and this piece is a great example of his geometric yet decorative style.” 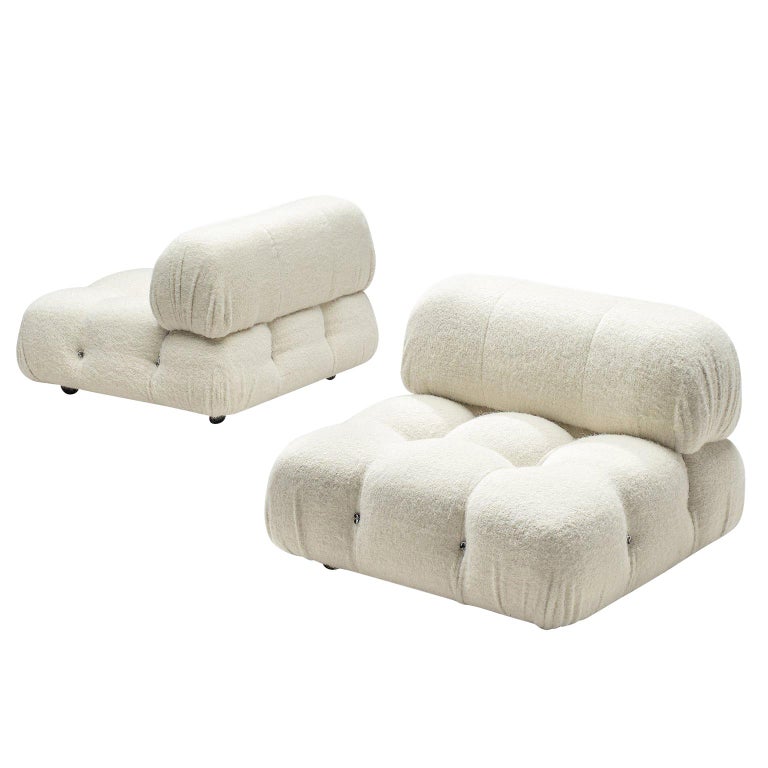 “This is one of my favorite sofas. I love the cloud-like shape and the modularity of Bellini’s design. The upholstery construction is very original and unlike anything else.” 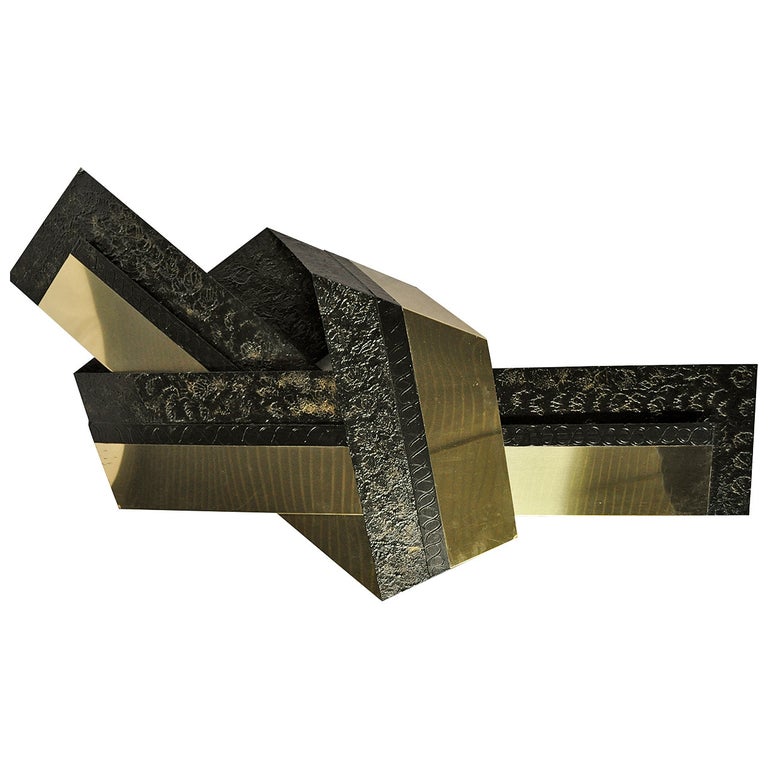 “This wall sculpture is quite an unusual piece for Curtis Jere, as it is almost Japanese in style.” 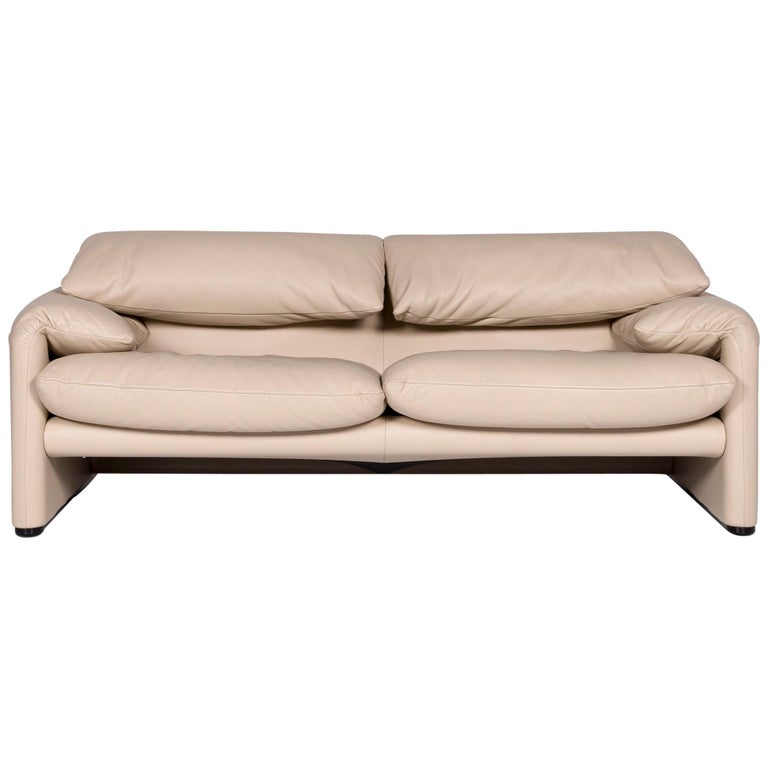 “I’ve always wanted to own this sofa. Vico Magistretti’s design is so clever in the way that it expands and stretches and yet doesn’t look at all utilitarian.” 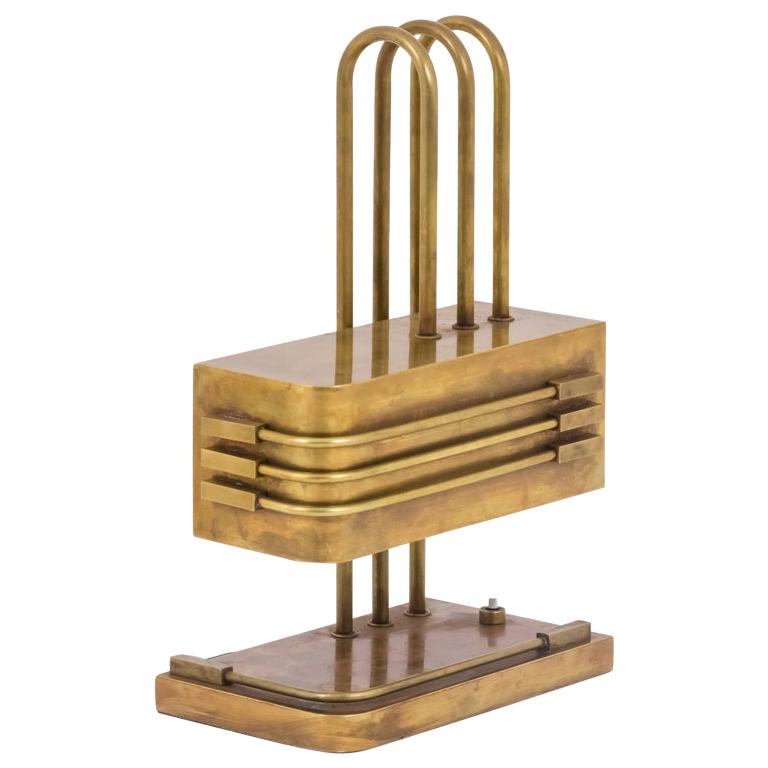 “I find the designs of the Bauhaus hugely inspiring because of their clever use of industrial materials and techniques, which produce beautiful and unique results, as in this brass light.” 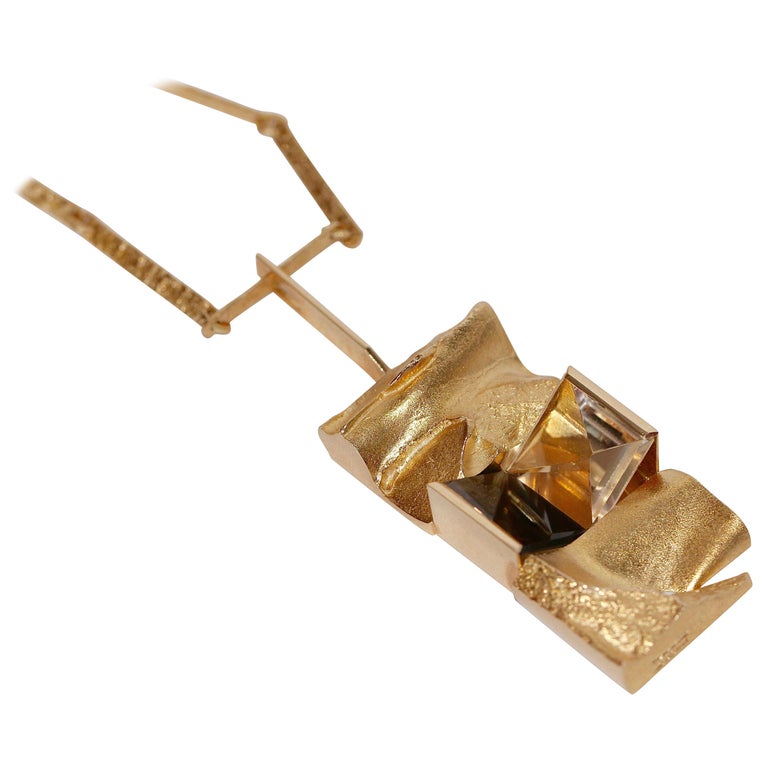