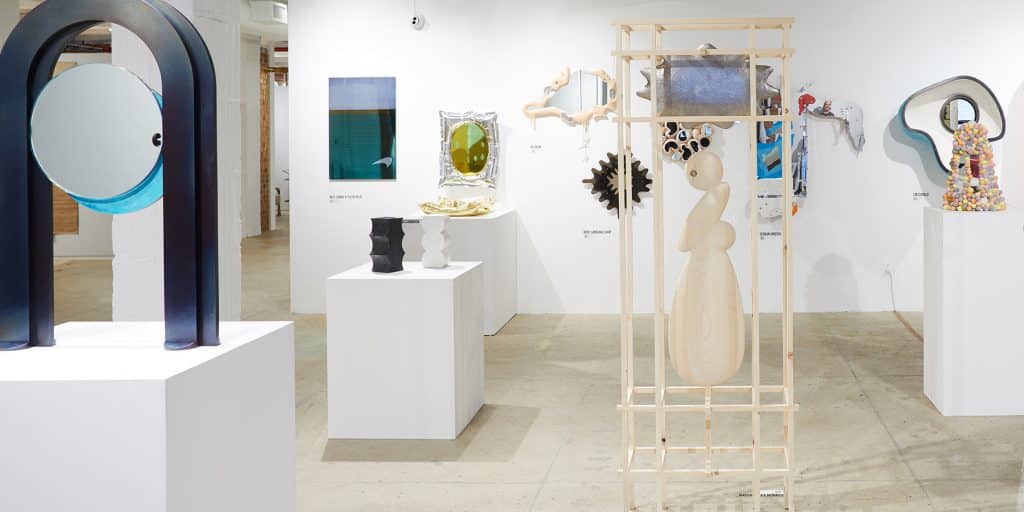 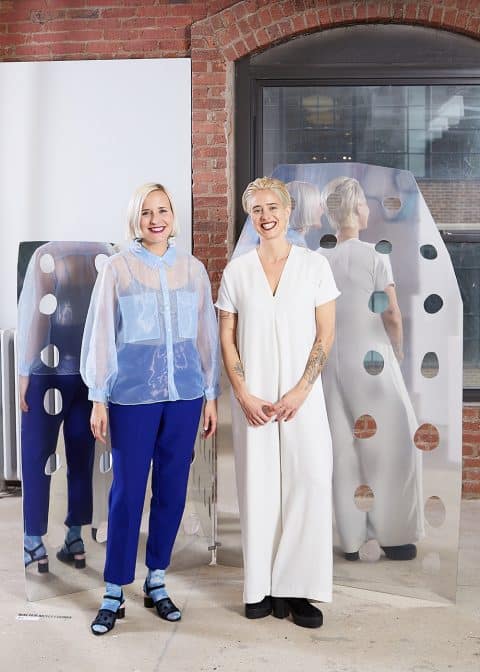 The first installment of “Object Permanence,” the roving series of themed design exhibitions curated by Emma Holland Denvir and Leah Ring, was a scrappy D.I.Y. affair. Held last March at the Downtown Los Angeles showroom of the Swedish furniture company Hem, where Holland Denvir is head of business development, it featured custom candlesticks on pedestals made by the curators and their friends. At the opening, as participants drank beer served from buckets, all the designers lit their candles at once in honor of the communal and ephemeral spirit of the show, which ran one night only.

Over two more L.A. installments, the series evolved into something a little sleeker but still down-to-earth. For the second edition, at the Los Angeles Design Festival, Holland Denvir and Ring (a maker in her own right, whose design studio is named Another Human) commissioned Ping-Pong paddles. And for the third, they invited designers to make planters for the glamorous outdoor pool of Casa Perfect, formerly the estate of Elvis Presley, in Beverly Hills.

In “Object Permanence 4,” at the 1stdibs Gallery in New York through November 8, Ring and Holland Denvir have expanded their concept to suit the loft-like Manhattan exhibition space and extended its run to several weeks. The theme is mirrors, as interpreted by local East Coast makers including Eny Lee Parker, Serban Ionescu and Talbot & Yoon.

Despite these changes, the curators’ informal and festive vibe endures in the glitter, neon, cartoonish contours and candy colors that figure in the 20 contributions. Birnam Wood x Suna Bonometti have surrounded their Brutiful wall-mounted mirror with a stepped oval covered in gold sparkles, while Joseph Algieri has nested the reflective surfaces of his Lemoyne mirror within a mound of pastel foam nodules, adding a light bulb for good measure. And in her Apollo and Artemis mirrors, Lydia Cambron uses shiny metallic inflatables to mimic traditional metal frames.

On the morning of the show’s opening, the duo spoke with Introspective about their inspiration for “Object Permanence,” the difference between the L.A. and New York design communities and what’s next for their now-quarterly series.

Let’s start with the title you chose, “Object Permanence,” which is a term from early-childhood psychology.

Leah Ring: Yes, it is the concept that an object continues to exist even though it cannot be seen. Our first three iterations of the show were one-night-only events — we’re here, and then we’re not — but the objects still continue to exist. 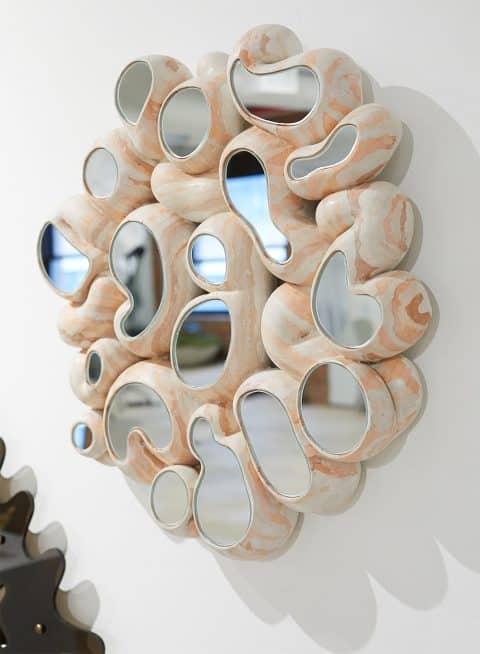 What else was on your mind when you launched the series?

Emma Holland Denvir: What’s behind “Object Permanence” is the building of community, especially in L.A., this massive, sprawling entity where designers live forty miles apart from each other. The first show came about when Leah and I ran into each other at a showroom opening in West Hollywood and were talking about the lack of opportunities for designers to show in L.A. We met up later that week and put it in motion.

LR: We didn’t really know how it would unfold. We wanted to start with a small object, so we had everybody iterate on a candlestick — keep it small, keep it manageable, and we’ll see how it goes.

Here in New York, designers tend to live and work in closer proximity.

LR: They all know each other! People work in studios together, and there are more events here. Two of our designers, Walter Mingledorff and Ryan Decker, are roommates and collaborate on their pieces. Also, some of the younger designers work for the older designers: Soren Ferguson works for Eny Lee Parker, and both Ian Cochran and Bailey Fontaine work for Fernando Mastrangelo.

EHD: Yesterday, a couple of the designers were saying they felt a kind of summer-camp camaraderie, because they would run into each other in the weeks leading up to this and ask, “How’s your piece going?” and everyone was so excited.

Speaking of camp, humor and playfulness are important characteristics of your shows.

EHD: We leave a lot up to the designers. We give very few guidelines other than the prompt itself. We try to stay true to what our purpose is, which is to give designers a platform to make work and be seen.

LR: As a young designer, getting your work into shows can be really challenging, and I understand that firsthand. So far, all the shows we’ve done have been free for the designers. We’re not taking a cut of anything — just make a piece that is this object, and we’ll do all the rest.

“A couple of the designers were saying they felt a kind of summer-camp camaraderie, because they would run into each other in the weeks leading up to this and ask, ‘How’s your piece going?’ and everyone was so excited,” says Emma Holland Denvir.

You both have very distinct sensibilities in your own work. Leah, you love bright colors and nineteen eighties influences and synthetic materials, and Emma, you have a woodworking background and a more minimal aesthetic. How do those two approaches come together, or not?

LR: Emma knows more fine-art people, I know more product people. So, we can pull from different worlds to make sure that we’re getting interesting and diverse groups.

From left: Eny Lee Parker with her Colar wall mirror, Joseph Algieri with his Lemoyne mirror and Ian Cochran with his Plump resin table mirror 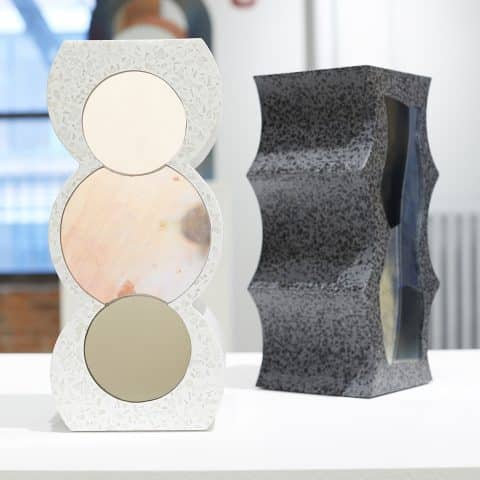 What’s next for the series?

LR: We never knew that this would happen within the first year — the chance to show at Casa Perfect and now in New York at 1stdibs. These opportunities happened organically, so we’re very open. We’d like to do it in other cities, like Milan.

EHD: We’d like to try to keep roots in L.A., because we’re both there.

LR: For the first quarter of 2020, we want to come back to L.A. But then, we’re free agents. As long as we can keep the ethos of the show strong — it’s about community building, it’s about bringing up young and up-and-coming designers and giving people a platform that they wouldn’t otherwise have — we’re very open to how it evolves.