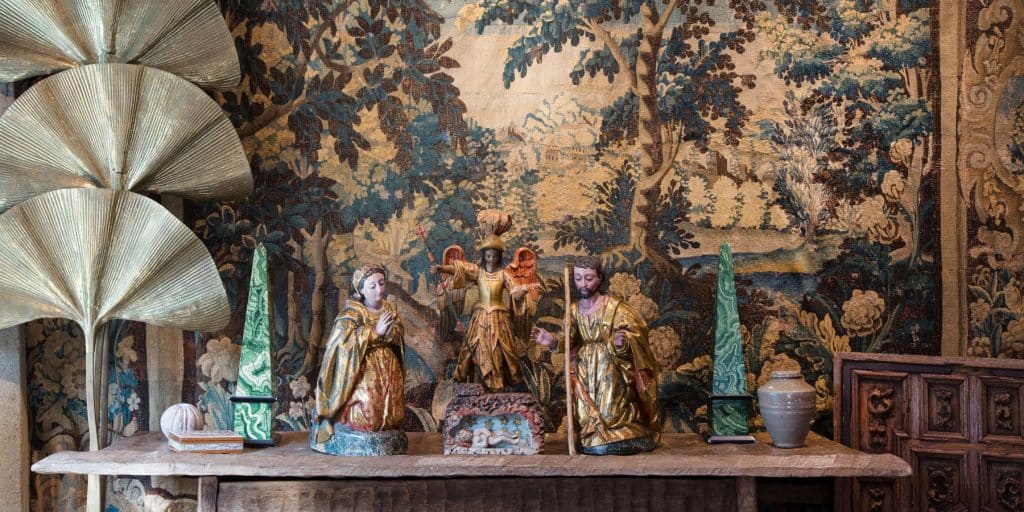 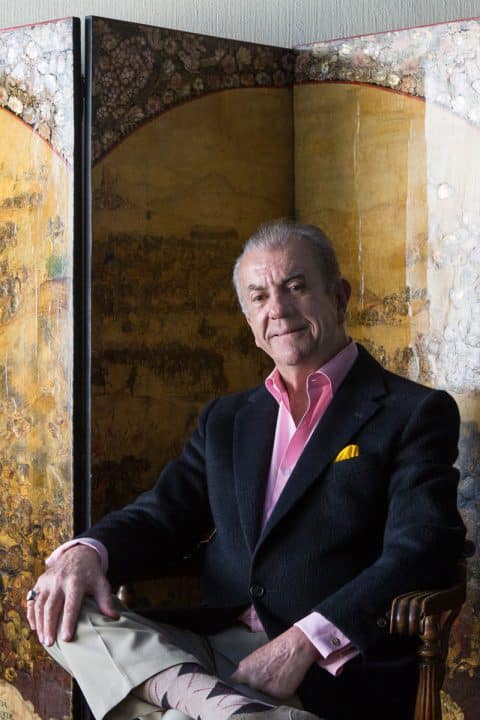 March 24, 2019Mexico City antiquaire Rodrigo Rivero Lake poses in his apartment-cum-showroom with one of his most impressive finds — a Japanese-influenced Viceregal Mexican screen, ca. 1690. Top: In the RRL gallery, a 17th-century Gobelins tapestry provides the backdrop for a Guatemalan gilt and polychrome nativity scene from the same period.

Rodrigo Rivero Lake’s showroom and sumptuous residence sprawl lavishly across the 10th floor of a handsome modernist building in Polanco, one of Mexico City’s most desirable neighborhoods. The area, bordering the northern edge of Chapultapec Park, is dotted with chic cafés, swank boutiques and green spaces ornamented with fountains and formal gardens.

But nothing in the building’s marble-clad foyer, tastefully appointed with a Noguchi coffee table and Le Corbusier sofa, prepares a visitor for what awaits above — except perhaps for a very good, old, carved-gilt-wood Buddha.

When the elevator doors open on the penthouse suite, phones ring, a staff of six bustles about, and your eyes dart among so many treasures it’s dizzying. Room after room features outstanding examples of 17th- and 18th-century carved and polychrome Spanish Colonial settees. An exquisite 17th-century oil on canvas of the Virgin Mary surrounded by angels glows against a tapestry-covered wall. More of the same is found at the elegant RRL gallery nearby, as well as in a warehouse filled with a staggering inventory of art, furniture and architectural elements, most notably from India and Southeast Asia.

The name Rodrigo Rivero Lake is synonymous with the highest-quality Spanish Colonial furniture and fine and decorative arts. The dealer is also a pioneer in the preservation of architectural elements, especially ones from Asia, and the only Mexican member of the renowned Oriental Ceramic Society, in London. A curator of museum exhibitions worldwide, Rivero Lake is esteemed by his peers — including those at the Los Angeles County Museum of Art, the Brooklyn Museum and the San Antonio Museum of Art, to name a few — as well as by collectors of the most discriminating taste. An RRL imprimatur insures that a piece is not only authentic but the finest example of its kind. 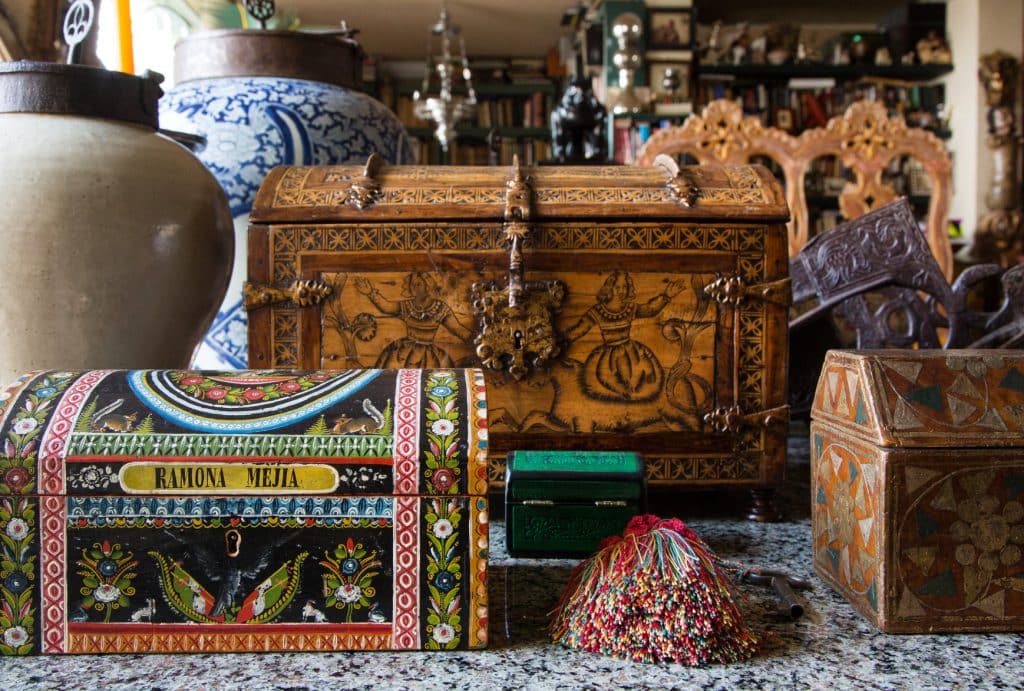 In the showroom, ornate objects crowd every surface. The piece in the center is a Viceregal inlaid and engraved marquetry coffer from Oaxaca.

Rivero Lake has a gracious, even dashing, old-world bearing. He’s the scion of a grand old Spanish family, with forebears on both sides of the Mexico–U.S. border. For years, he worked with notable clients privately, but RRL is now open to the public. “I don’t usually follow the buyers,” he says crisply. “People contact us. They call me if someone needs something.” A polymath with a law degree, Rivero Lake chose to forgo a legal career in favor of the world of antiques, which had intrigued him since he was a child. He’s the author of countless scholarly articles and books, such as Namban: Art in Viceregal Mexico, about the confluence of Japanese and Spanish cultures. His work, which has been his passion — no, “obsession,” he corrects — for the past 50 years, has yielded a collection and a curatorial record mapping New Spain (as Mexico was known during the Viceregal era) and lands far beyond. 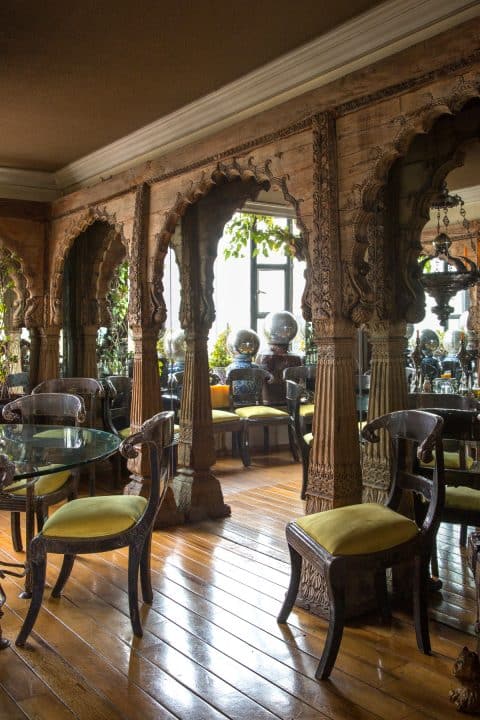 Carved wooden arches from India decorate the mirrored walls of Rivero Lake’s dining room. With no electric lighting in the space, Rivero Lake is known for hosting dinner parties by candlelight.

The narrative thread of Rivero Lake’s work weaves together Spanish descendants and indigenous people in the Americas and unspools along the galleon trade routes that extended throughout Asia, Europe and North Africa when Spain was the global power. How else might you explain a 17th-century Chinese-export porcelain soup tureen decorated with the arms of a Spanish count? Or an exquisitely painted, mother-of-pearl-encrusted, multipanel screen, circa 1690, that might have graced a shogun’s palace save for the depiction of Spanish barks engaged in battle? The panels had been broken up and scattered to the four corners of the earth; it took Rivero Lake years of keen sleuthing and serendipitous encounters across several continents to reunite them.

Covetable lacquer boxes scattered on a table reflect the exchange of Spanish and Asian artisanal techniques and decoration. One has a heraldic lion; another, a flower resembling a Japanese fan. “My preoccupation has been searching for pieces that have a life of their own,” Rivero Lake explains. “I’m curious about the magic that causes one piece to be preserved and about the spirit between us and the object. It has its own vibration and life. Once you start talking to these pieces, they start talking back.” 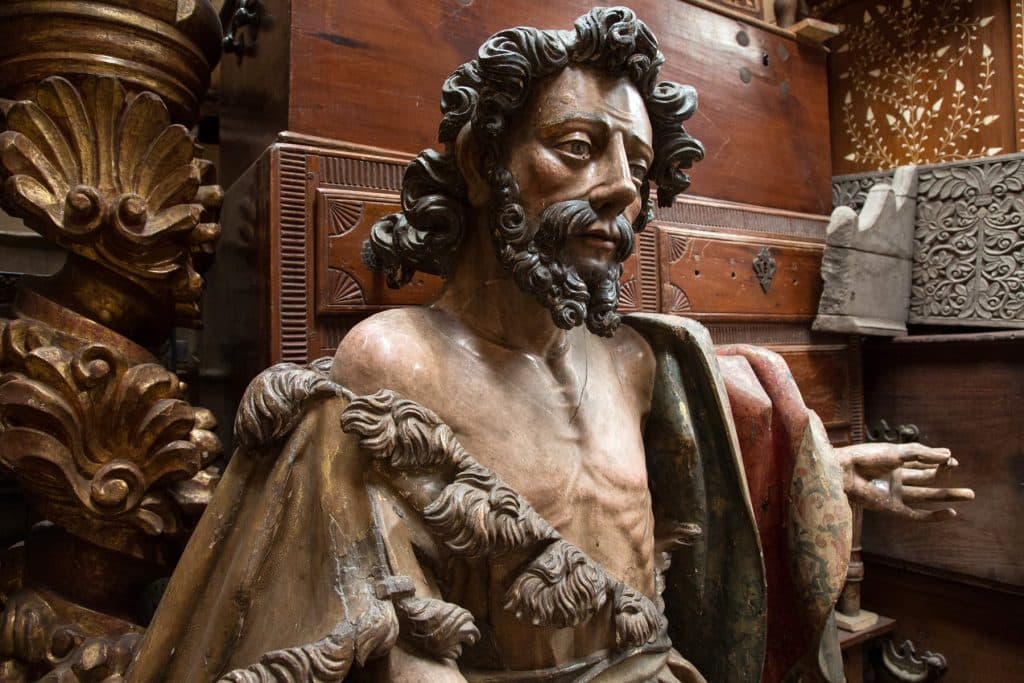 A 16th-century Spanish-school carving of Saint John the Baptist is among the many works in the dealer’s warehouse.

And so they do as you wander through the collection. An array of exquisitely carved ivory saints and delicate figures of Buddha — an entire celestial court — perches atop a marquetry vargueno inlaid with ebony and mother-of-pearl that was made for Portuguese colonials in Goa. An exuberant, expressionistic rooster painted in vibrant aniline colors on tissue paper punctuates a far wall. It’s the work of mid-century artist Jesús Reyes Ferreira, known as Chucho Reyes. A Mexican icon, he was a dear friend of Luis Barragán and Mathias Goeritz and was admired by Chagall and Picasso. 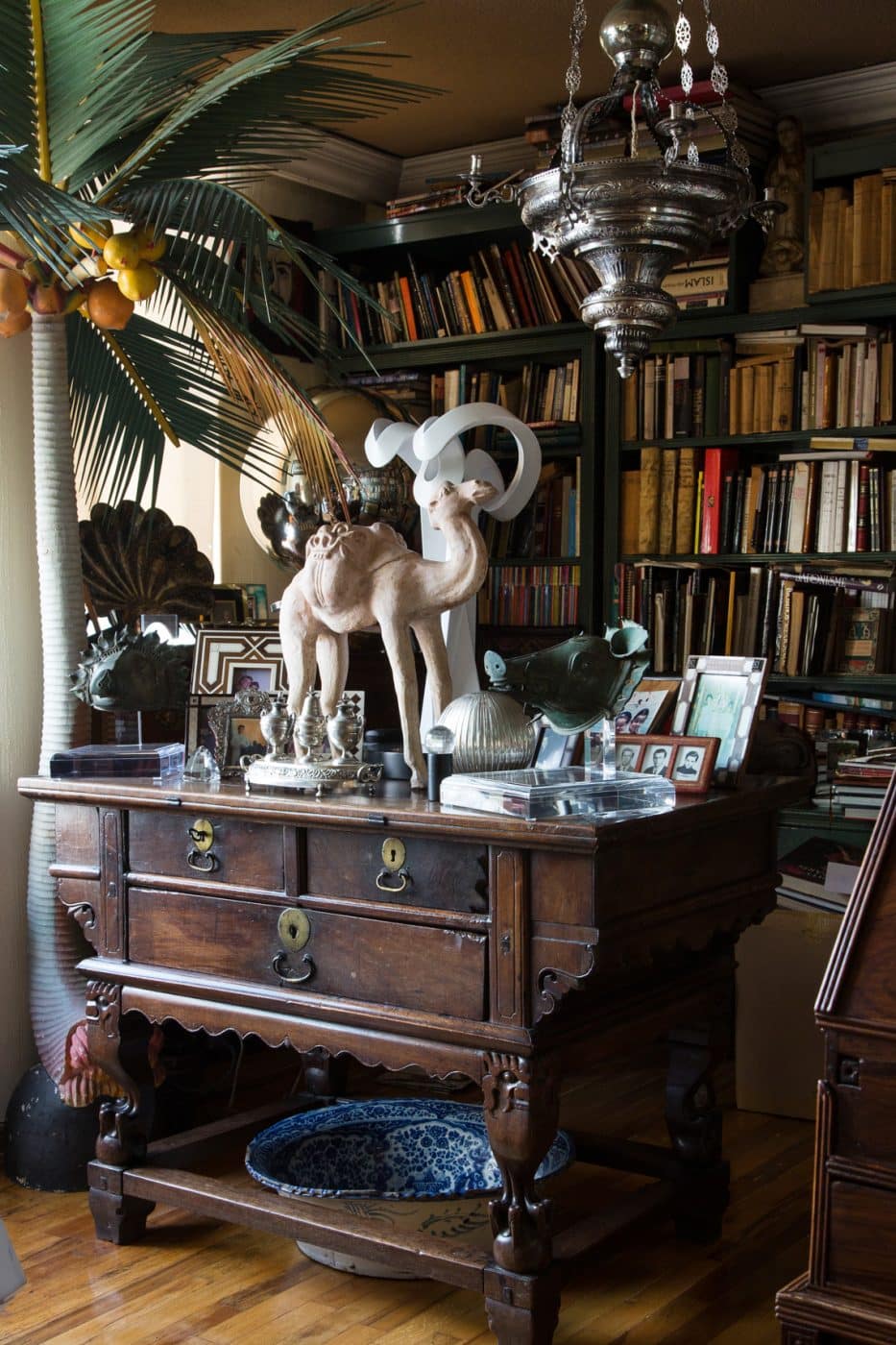 Mexican antiques mix with Eastern art and artifacts in Rodrigo Rivero Lake’s Mexico City showroom and residence. Here, a terracotta Tang dynasty camel presides over a corner of the library. 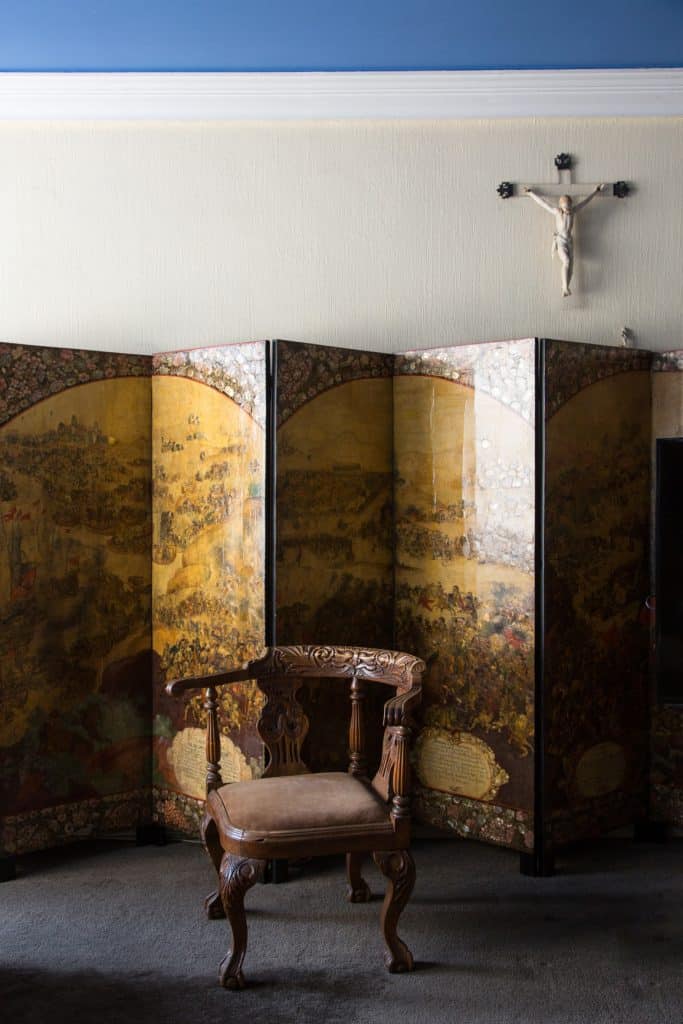 This ca. 1690 Mexican screen, embellished with gold and mother-of-pearl inlay, is an exceptional example of Namban art, which reflects a confluence of Japanese and Western cultures. 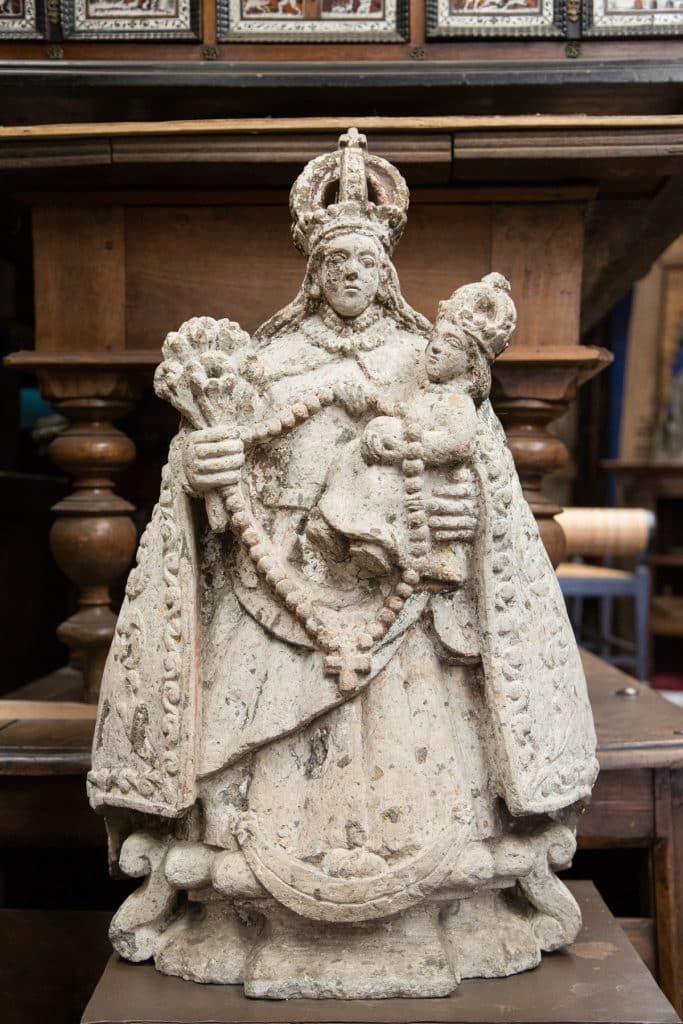 The RRL warehouse brims with furniture and statuary, such as this 17th-century Mexican stone carving of the Virgin Mary. 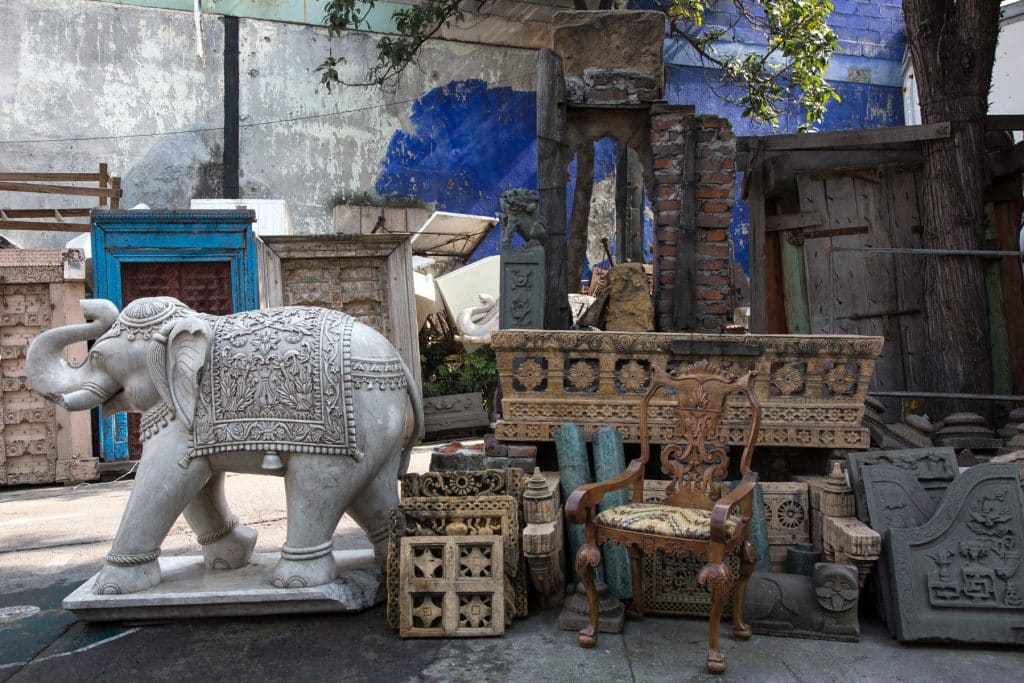 Many architectural elements and larger works, like a 19th-to-20th-century marble elephant from India, spill outside. 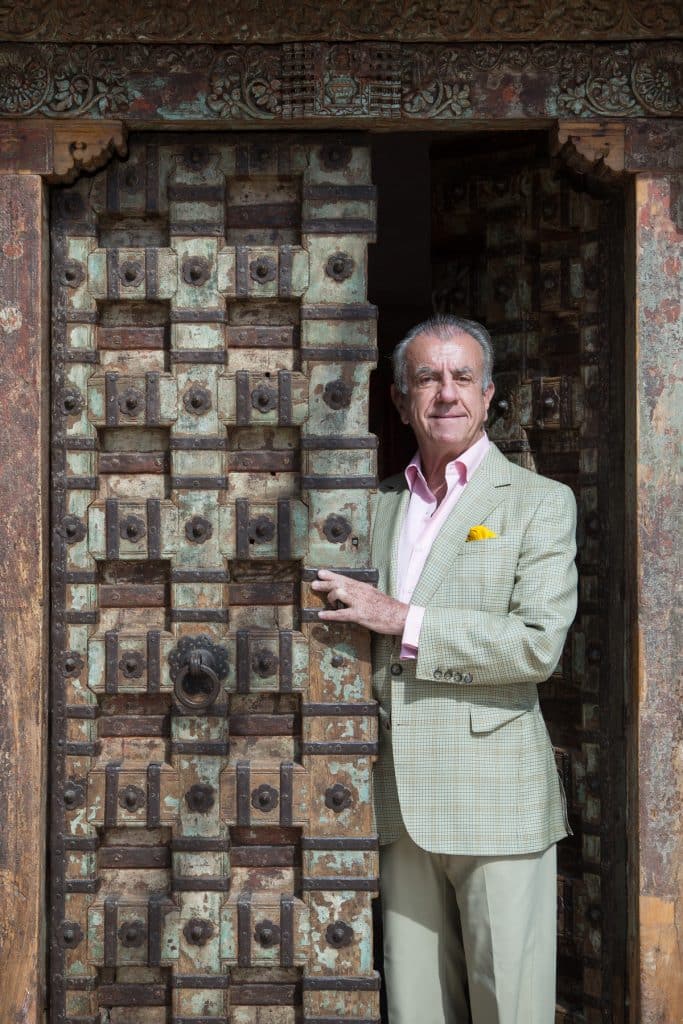 Rivero Lake’s inventory includes more than 60 pairs of doors, like these from the north of India.

“I have four hundred Chuchos,” remarks Rivero Lake, forging ahead to the airy dining room, where a massive, elaborately carved late 17th-century Indian architrave from Gujarat lines the mirrored walls. Apparently, entire facades in the region — whole towns — were abandoned. The extraordinary entablature is the tip of the iceberg. RRL’s inventory of furniture and architectural elements comprises in the vicinity of 13,000 pieces, with 66 pairs of doors alone.

A heroically scaled, totemic carved-wood sculpture stands sentinel in a top-floor atrium leading to a terrace with commanding views. A modernist masterpiece? Brancusi? No, this impressive monolith with its timeless presence is a 19th-century relic of the Naga people, one of 70 pieces sourced from the region where India borders Tibet and Myanmar. Nearby, a sensuously weathered granary door from the same ancient tribal group looks like a portal for time travel. 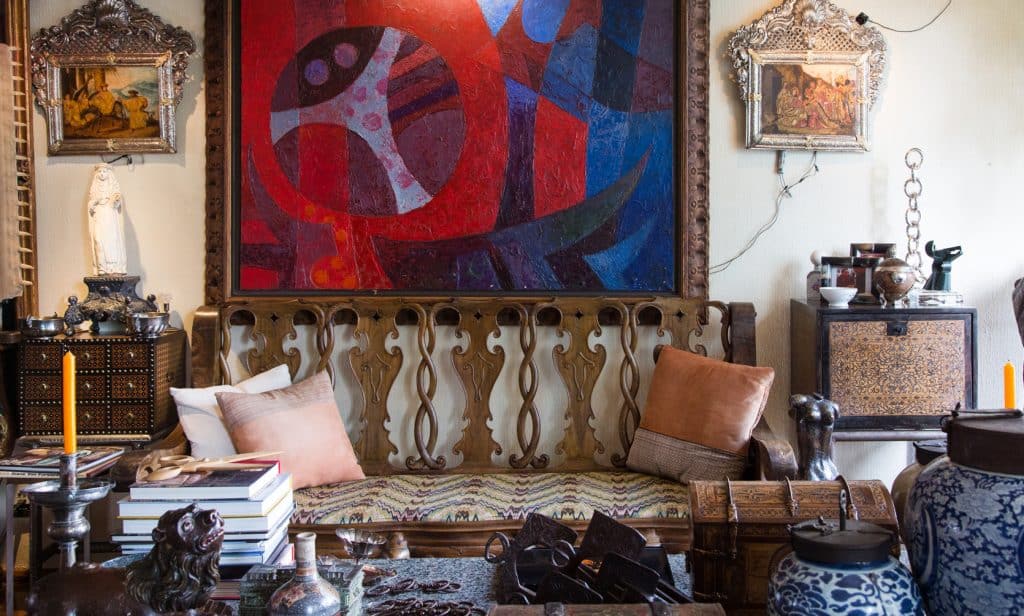 This piece, like so many on display, suggests that Rivero Lake is possessed of a sixth sense for treasure. The range and quality of his holdings are a testament to his uncanny knack for pursuing art and antiques around the globe. But those interested in acquiring his finds should bear in mind that his supply, though vast, is not inexhaustible. “The Spanish Colonial pieces are increasingly difficult to source,” he says. “There have been a lot of revolutions. There’s not much left.” 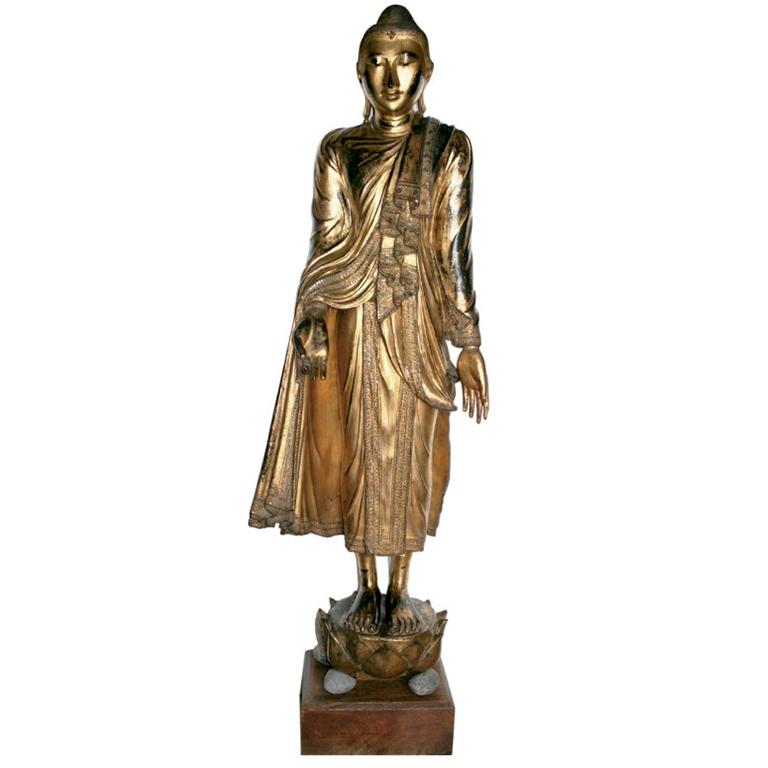 “Buddha is one of many religious figures who have had a great impact upon my life. This figure reminds me of the ascetic Buddha described by Hermann Hesse in his book Siddhartha. The multiple rings, or nimbi, around the head represent the experiences of each life, and this Buddha has had so many lives he found enlightenment and entered Nirvana.” 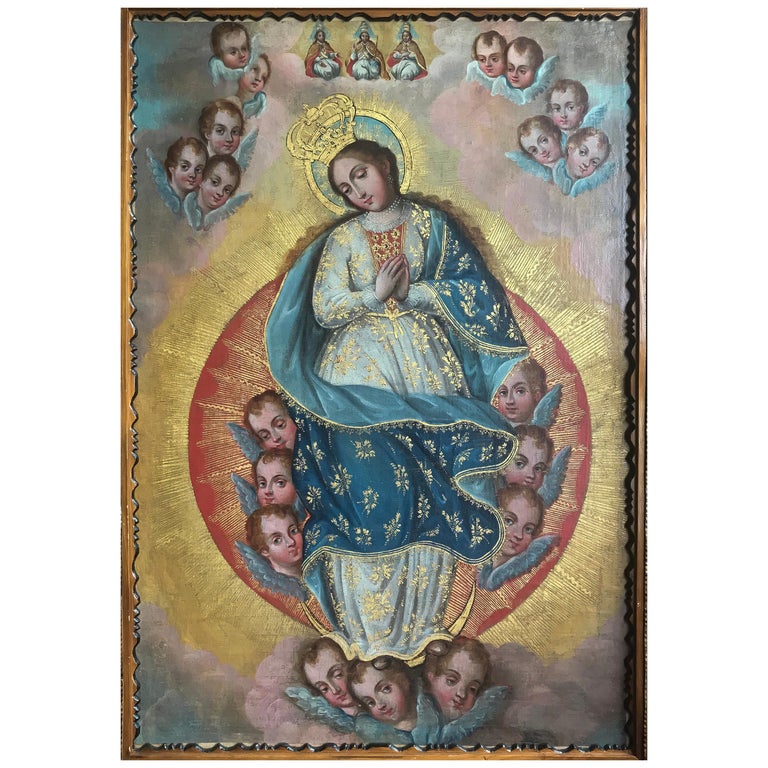 “Our Lady of the Angels is a Marian advocation of Spanish origin that was present in America from the beginning of the Viceroyalty period. Here, the Virgin Mary appears to be pregnant, with her feet on happy little angels admiring her beauty. Her blue mantle is decorated with gold-leaf flowers that shine like the sun.” 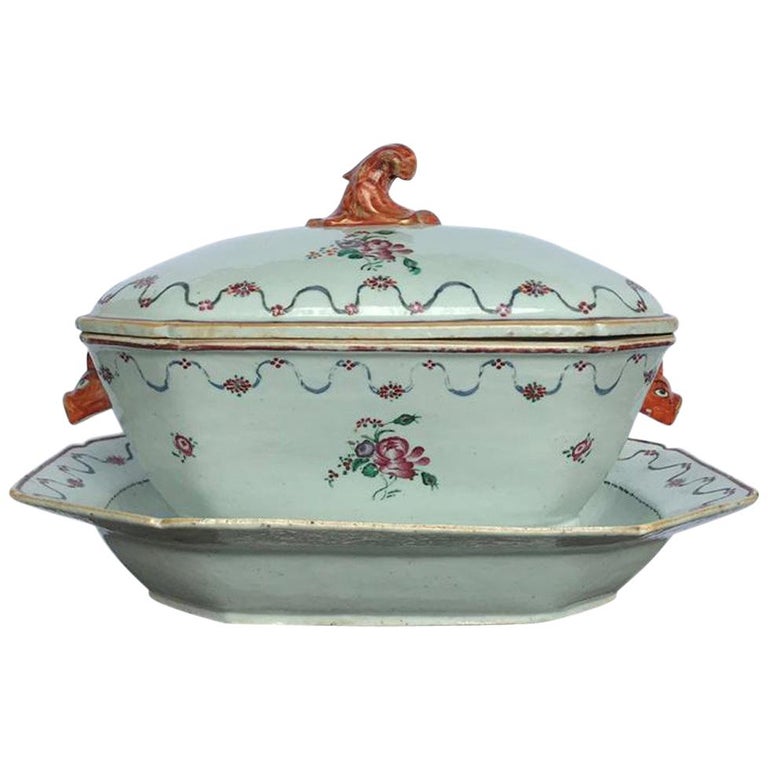 “The Manila Galleons transported infinite Asian articles of captivating beauty to the territories of New Spain. Chinese porcelain became the luxury item par excellence among the fashionable elites. This extraordinary example comprises a tureen with matching cover and stand delicately decorated with peonies and a floral border.” 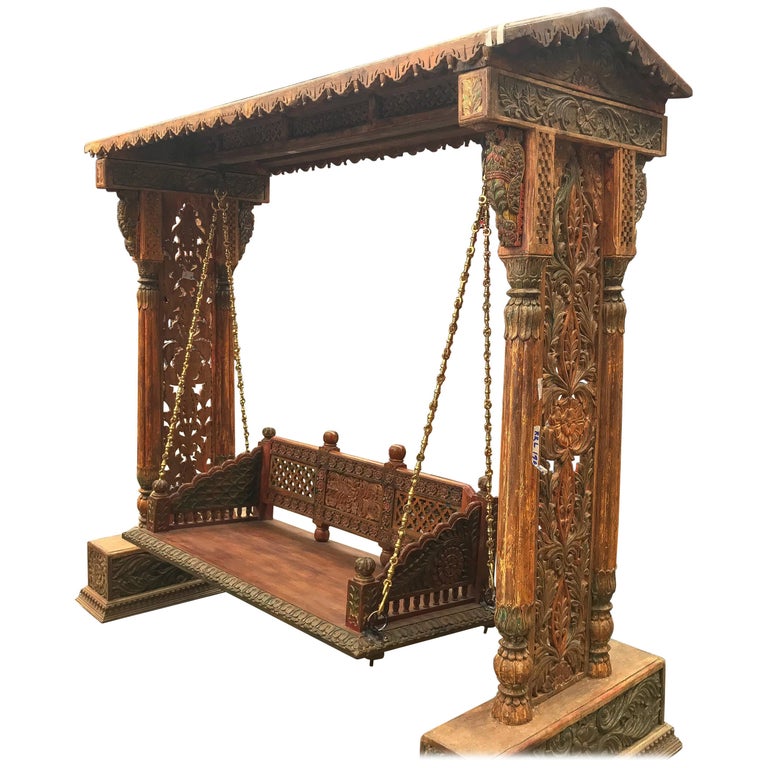 “This traditional type of lounging piece is often cited in stories about Krishna and tales of the maharajas. The bronze chain can be lengthened or shortened as needed. It’s a masterfully carved swing from which to contemplate life and enjoy a sense of peace and tranquility.” 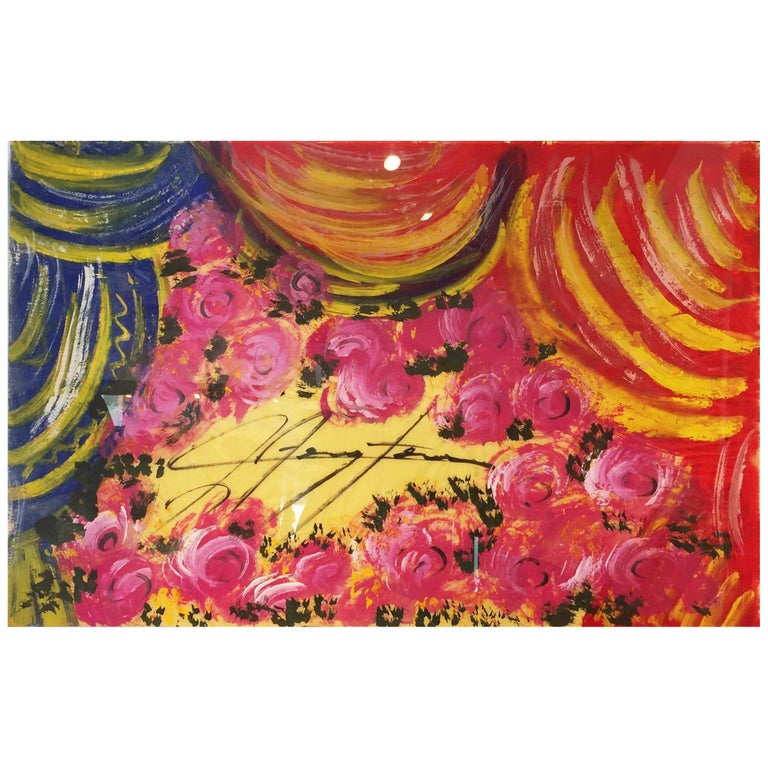 “Chucho Reyes is an iconic character in Mexican art. Prolific but wary of conventional forms, he was reluctant to embrace media attention. His uniquely intuitive style was inspired by deep interaction with popular Mexican art forms, colors and materials.” 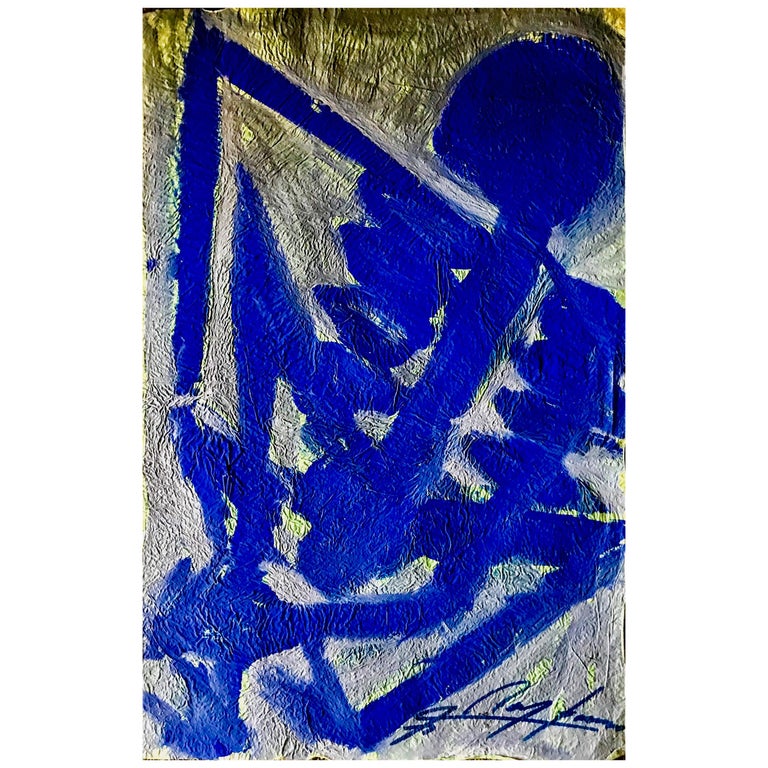 “Chucho Reyes’s fantastic and colorful universe is inhabited by characters that are familiar and strange at the same time. He painted religious figures, animals, still lifes, performers and festive skulls. His work celebrates the beauty of simplicity, the futility of life and the embodiment of the ephemeral.” 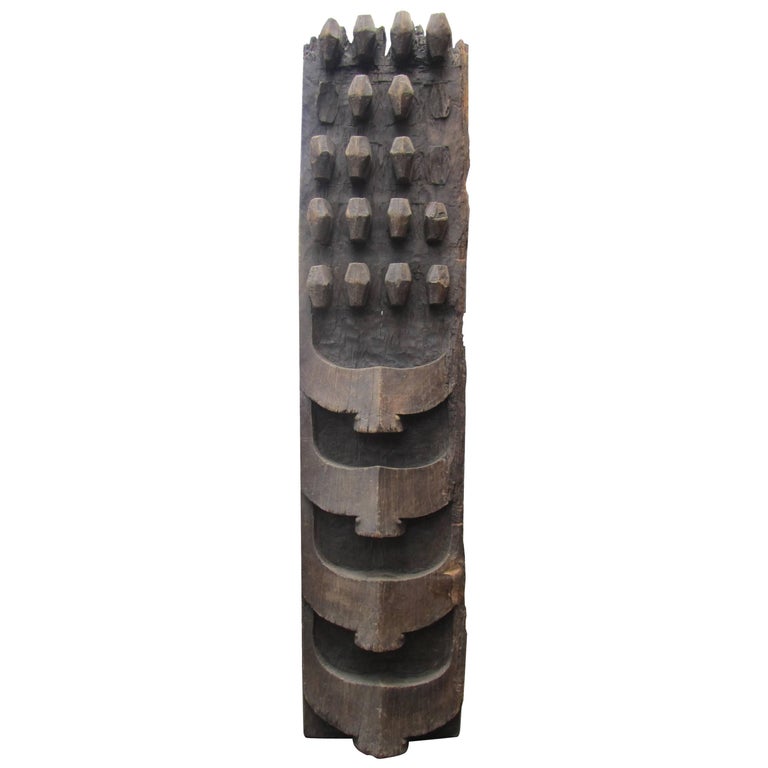 “Nagaland is a state in northeast India, though the culture of the Naga peoples crosses the borders of Myanmar, China and Tibet. These totems, which have a strikingly modernist air, are ethnographic representations of the Naga peoples’ traditionally warring, animist culture. Totems are the soul of a people, symbols of ancestry, bravery, victory and respect for magical and divine powers. Pieces of this kind are rare.” 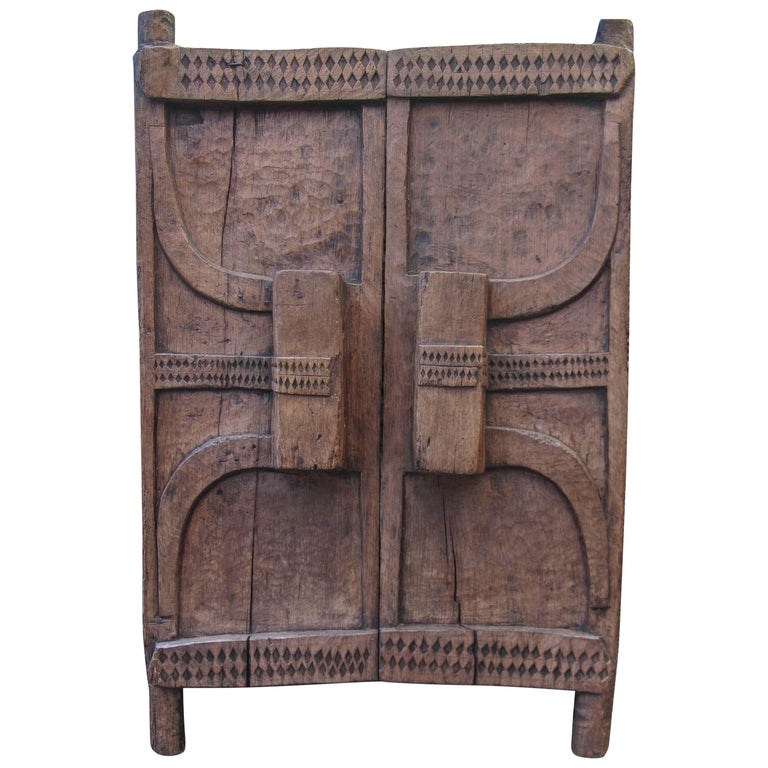 “The cold climate where the Naga tribes live calls for constant fires lit within each home. Granaries located nearby require strong doors to guard the harvest against accidental fires. The Naga developed these marvelous doors that project a simple, modern beauty. This one, with stylized cow heads, is a rare and desirable piece for knowledgeable collectors.” 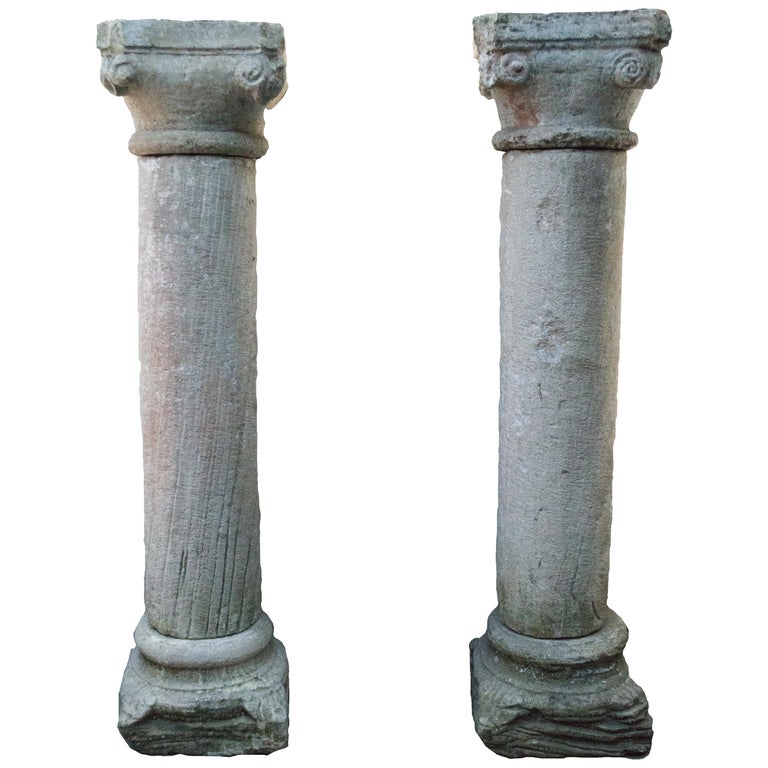 “These wonderful columns have a dreamy patina, and their capitals display the syncretism of continents and cultures. They are clear examples of the European influence in India, most likely from one of the European bastions along the coast, such as Goa.” 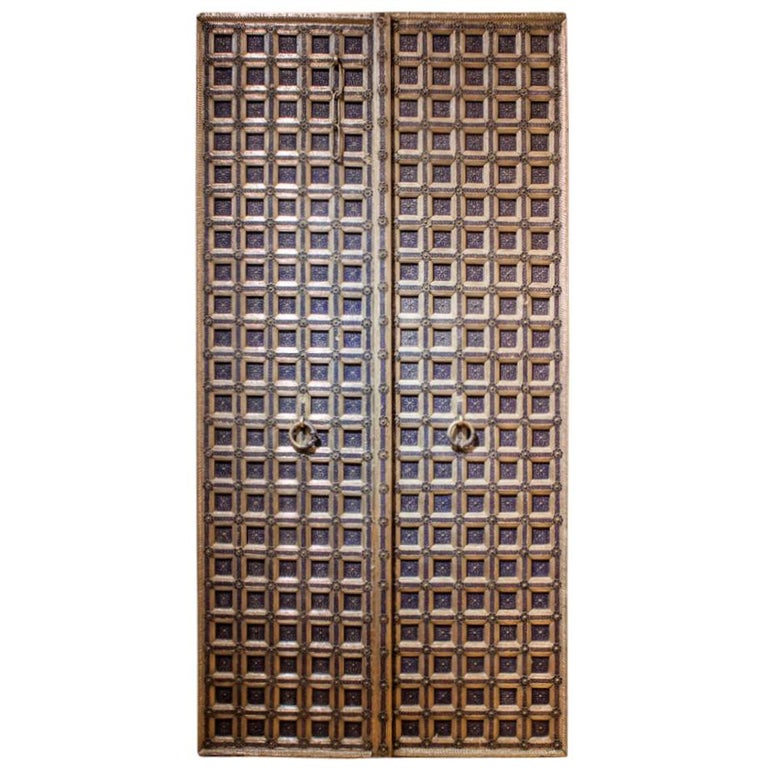 “Of exuberant luxury, these silver doors covered with blue enamel and flower designs come from a royal palace in Jaipur, in the north of India.” 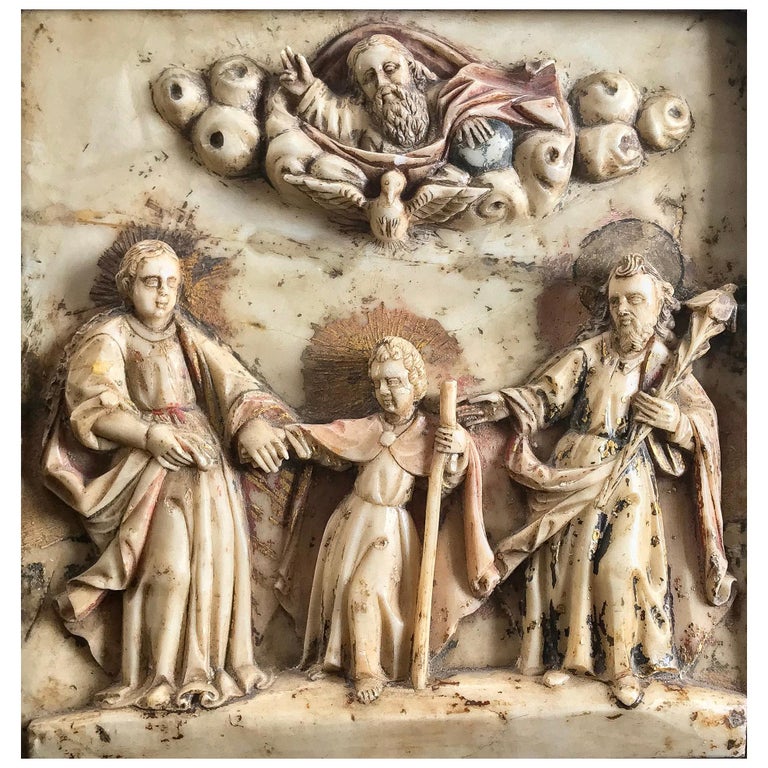 “This beautifully carved object is from the Huamanga stone-carving tradition of Ayacucho, Peru, and is loaded with pre-Columbian and Chinese flavor. It depicts the Holy Family of Mary, Joseph and Jesus with God the Father and the Holy Spirit. The piece embodies centuries of the confluence of Asian, Spanish and indigenous American cultures consolidated in a new and proud mestizo race.”