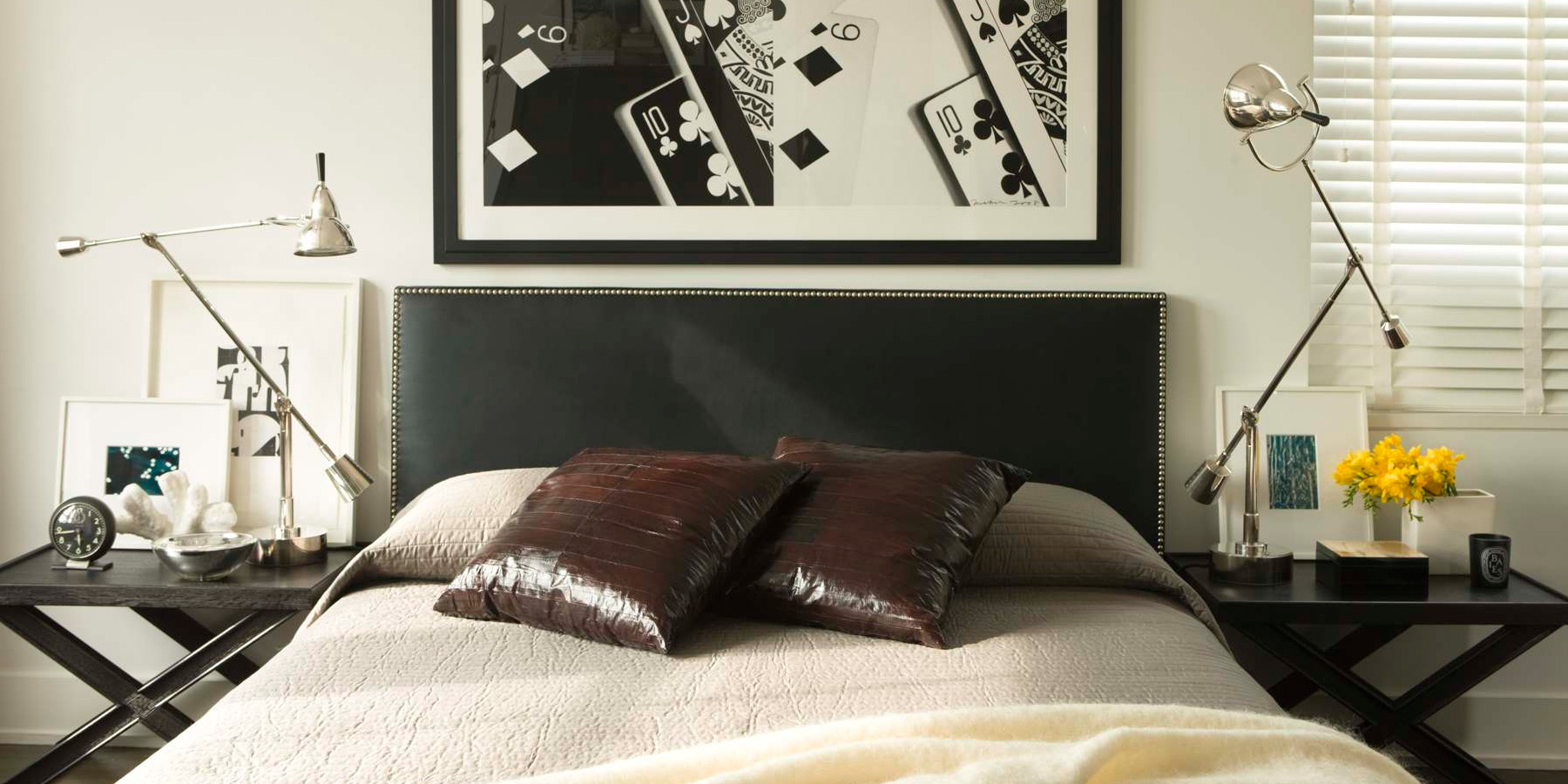 You can take the boy out of the country, but you can't take the country out of the boy — and after seeing this designer's green, gorgeous and nature-inspired interiors, why would you want to? 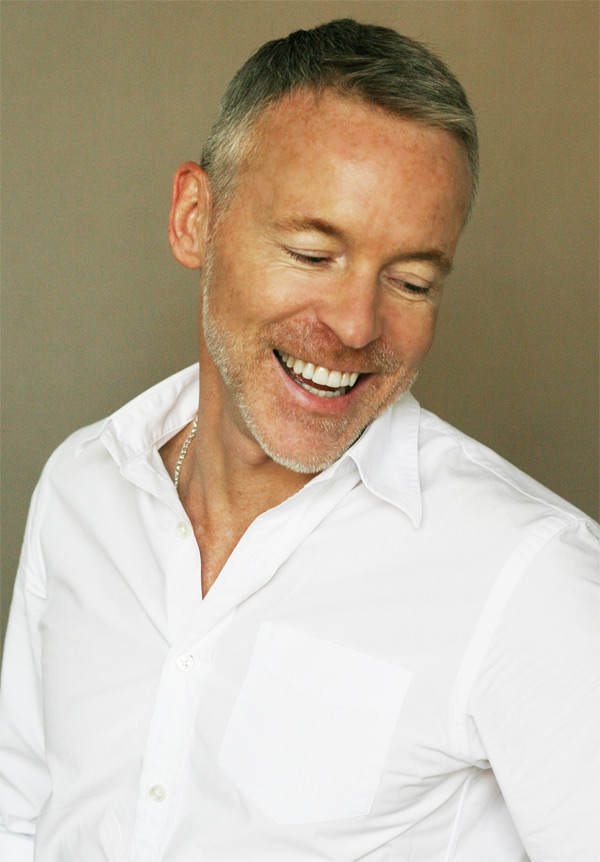 Before starting his own firm, Groves studied at the Rhode Island School of Design and went on to work for Richard Meier and Peter Marino.

Growing up in rural Nova Scotia, S. Russell Groves was surrounded by great expanses of untouched nature. “I was constantly outdoors,” says the designer, now based in New York City. “I especially remember many drives along the Cabot trail with its dramatic cliffs and panoramic views. To this day, I have an intense love for nature and natural materials.” His passion animates his design work. “I’ll bring in stone or bark to the office to emulate its rich shading for a wood stain we’re creating for a floor,” he says. Groves also expects his team to design in a sustainable fashion without sacrificing style one iota. “Green design does not have to mean living in a burlap sack,” he exclaims. “Glamour and green can co-exist within the same four walls.”

When it came to creating Tiffany’s new flagship store in Shanghai, for instance, Groves — who was responsible for both the architecture and the interiors — says he installed LED lighting because “not only do diamonds pop more underneath the LED light spectrum, but the bulbs have to be changed half as often.”

With every stylish choice he makes, there is also a sound environmental reason for it. For example, cork paneling — whitewashed until it resembles luxurious limestone — can be found on the walls at Scarpetta, the hip Italian restaurant in Chelsea that Groves designed in 2008, chosen not just for its chic practicality but for its generous nature. “You don’t need to cut down a tree to get cork,” he explains. “The bark is simply peeled off, and the tree is left to regenerate. Limestone from a quarry is not renewable.” 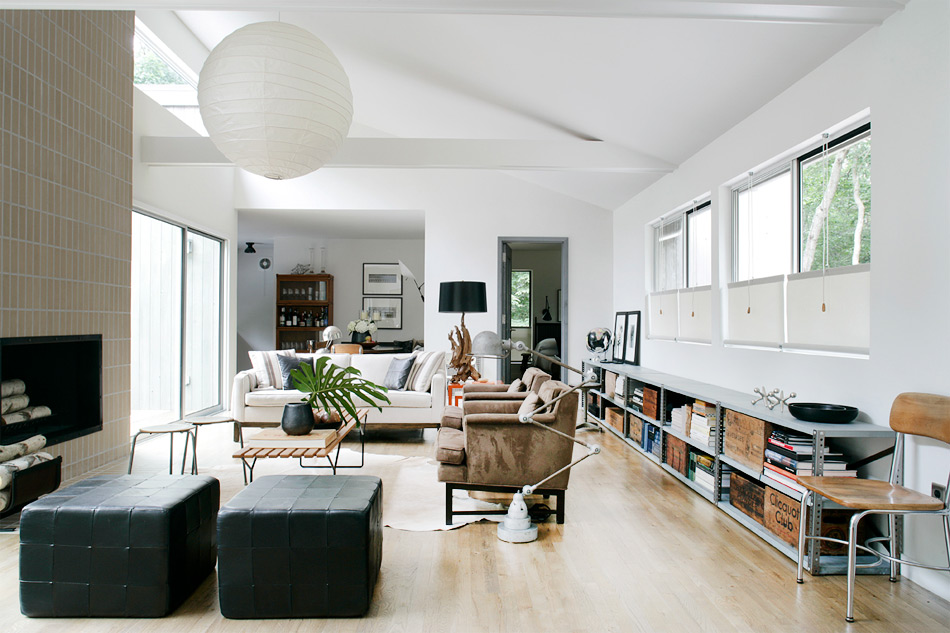 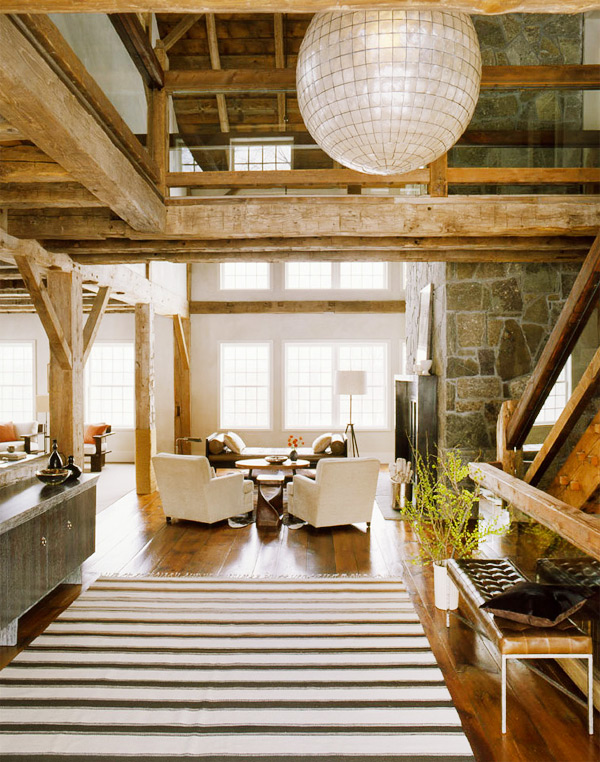 Groves left Nova Scotia for the Rhode Island School of Design in the 1980s, where his first mentor was Rodolpho Machado, then RISD’s dean of architecture. Groves studied everything from fashion to filmmaking, but “it was Machado who convinced me to focus on architecture,” he says. After graduation, Groves came to New York, where he worked in the celebrated architectural firm of Richard Meier. And while that experience has proven invaluable, it also convinced him to focus his talents on interior design. “It was so much more tactile and immediate than the architectural process,” Groves explains. He refined his design skills during the next five years at Peter Marino‘s firm, whose stellar client list at the time ranged from Andy Warhol to Yves Saint Laurent.

“Mr. Marino taught me the need to always search for the highest quality in everything,” says Groves, “whether it was finding the right materials for the DKNY store in London — Donna wanted to be sure they were sensual enough — or the perfect gray suede for the Giorgio Armani Madison Avenue store’s VIP fitting room.”

In 1996, Groves struck out on his own, and opened a firm on Lafayette Street (he’s now based in Chelsea). His first official assignment was to design the Tea Box café, which was nestled inside Takayshima, the posh, but since-closed, Japanese department store on Fifth Avenue. It was an ideal project given Groves’ admiration for the clean geometry inherent in Japanese design. “The space was inspired by Japanese gardens, with partitions created via fences in varying textures from stone to metal,” Groves says. He received an American Institute of Architects Award for his work.

Groves clients range from large-scale hospitality projects to private residential ones, and span the globe from Australia to the Hamptons. He’s also designed two collections of furniture, each intended to, as he puts it, “provide sleekly elegant furniture for eco-conscientious customers.” In 2008, for the interiors of the Lucida, Manhattan’s first LEED-certified green condominium building, he created a lobby paneled in coffee-colored bamboo and a front desk fashioned out of ever-replenishing palm wood. Upstairs, rooms have walls covered in end-grain wood flooring, a material usually found on floors that is manufactured by a company that practices eco-friendly techniques, such as replenishing the trees they cut down.

“Being green has so many facets,” says Groves. “What people need to understand is that it’s not just about the DNA of the material they are using, but how it was obtained. From electrical systems to water waste, it all needs to be considered. That being said, the end result can be luxurious if you just get a little creative.” 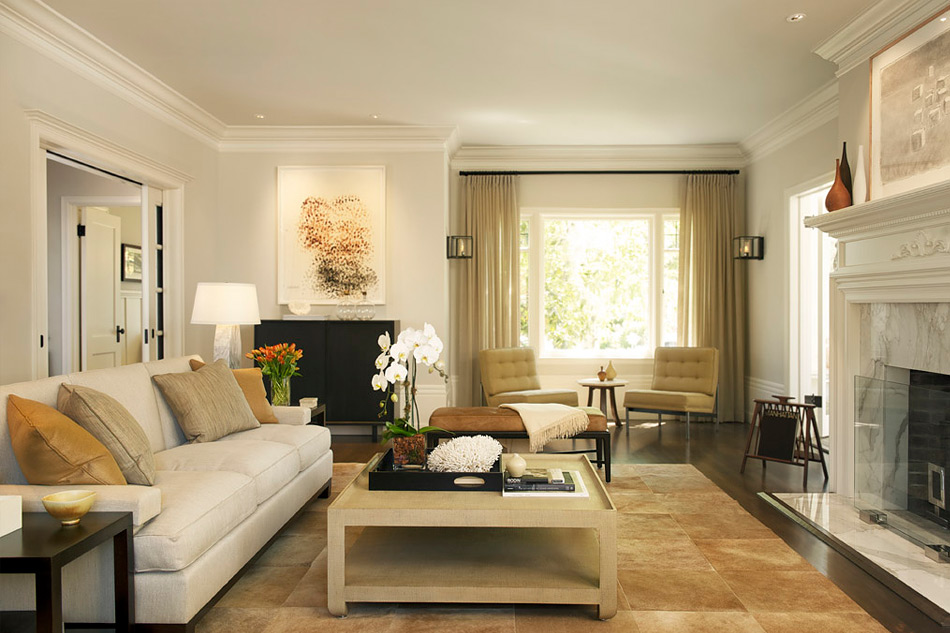 Traditional architectural details are a backdrop for furnishings with clean lines, upholstered in a mix of butterscotch, gray and linen tones. Photo credit: Patrik Argast

Groves has just begun work on a new cocktail lounge inside the swanky Morgans Hotel in Manhattan, known for kicking off the boutique-design trend that began in the ’80s. “Morgans was revolutionary when it opened in 1984,” says Groves. “At the time, most hotels were stuffy. The Morgans’s modern design aesthetic was a breath of fresh air, and I’m looking forward to continuing that forward-thinking tradition in our own distinct way.” 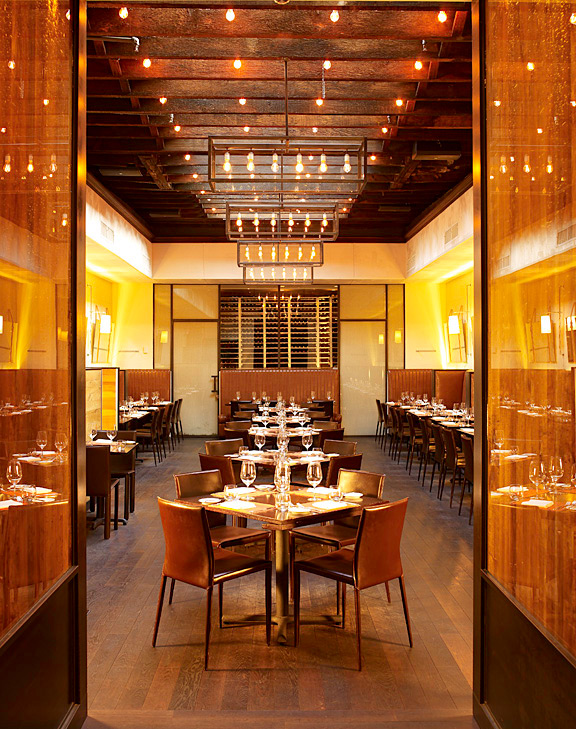 He has also recently completed a total revamp of fashion designer Derek Lam’s Fire Island beachfront house (once owned by the late interior designer Angelo Donghia). The project involved creating an entirely new facade, which was made of both cedar and translucent acrylic. “I love having every one of my skills challenged,” Groves says. “And when it comes to sustainable design, I want to keep pushing the envelope, even if it’s in small ways.”

In his own Long Island home (“It’s Bauhaus meets the woods,” he says) Groves decorated with vintage furniture from the early 20th century that not only captures its owner’s aesthetic, but also meets his green standards. “Using vintage pieces is one of my favorite ways to recycle,” he says. Outside the house, he surrounded his lawn with velvety-green moss, which is not only indigenous to the property but has a lush look he loves.

The distance between the refined retreat of an internationally acclaimed designer and his rural childhood life may be great in mileage, but Groves never feels far from home. “It may sound like I’ve come a long way,” Groves says, “but when I see how the outdoors continue to influence my predilection for natural materials within a modernist framework, the two places don’t seem very far apart at all.”