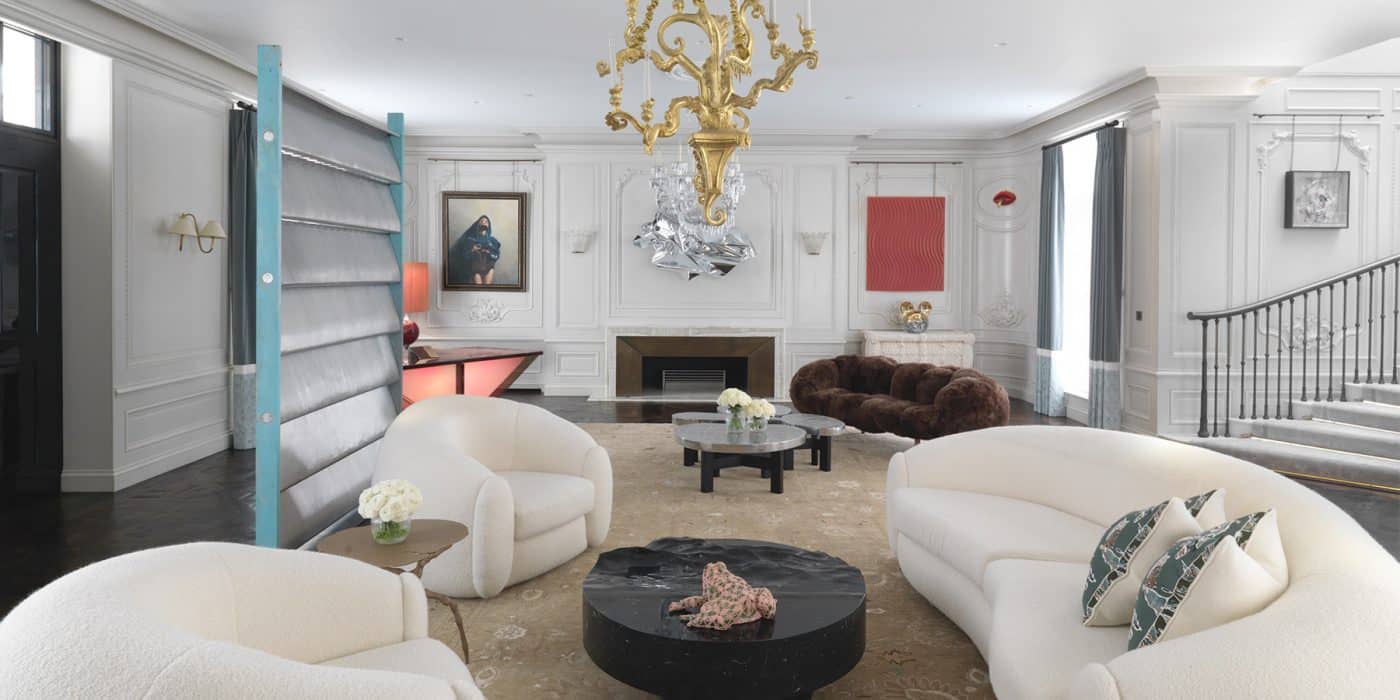 A pair of projects by Brigitta Spinocchia Freund illustrate the interior decorator's talent for combining comfort with maximum visual impact.

May 16, 2021The front door of Brigitta Spinocchia Freund’s home, in London’s lovely Notting Hill neighborhood, opens onto a huge, silvery, pleated screen. For a moment or two, it blocks the view of the immensely wide, high-ceilinged reception room that takes up the entire entrance level.

It’s a counterintuitive design decision that encapsulates Spinocchia Freund’s subtle and alluring ethos and aesthetic: The screen is, in fact, a 1964 Jean Prouvé sun shutter (created for modular school buildings he designed in Cameroon), and by initially blocking the sight of the room, it elegantly creates privacy and magnifies the surprise of the sumptuous and unpredictably dressed space behind its folds.

“I suppose we have a haute couture approach,” says Spinocchia Freund, who founded her design practice in 2009 after eight years working for the London luxury-property developer Candy & Candy. “I think what I can offer, among other things, is the curation of a really beautiful collection, one that is comfortable and has longevity.”

Curating spaces, bringing the outside in, using every inch to maximum effect, working with artists — these are all characteristic elements of Spinocchia Freund’s practice, which includes such current projects as a duplex penthouse in the landmark Centre Point building and a house for a major art collector, both in central London; a residential building in Monaco; a luxury hotel on the Greek island of Mykonos; and chalets in the chic French Alps ski resort of Courchevel.

Spinocchia Freund’s love for art and beautiful design is clear when she talks about the choices she made in her own home. In the reception room, a Hubert Le Gall mirror composed of graceful interlocking forms contrasts with a crumpled steel sculpture by Fredrikson Stallard, while an abstract work by the British modernist William Turnbull complements the trompe l’oeil Fornasetti cabinet below it. Elsewhere in the space, the designer placed a gold and blue ceramic Mickey Mouse head by Li Lihong atop Christian Astuguevieille’s braided-rope Miraki chest of drawers, and she juxtaposed an elegantly curving 1950s Jean Royère wall lamps, from Tanguy Rolin, with the flamboyantly twisty, asymmetrical shapes of an Oriel Harwood gilded chandelier.

The array here is typical of a Spinocchia Freund interior, where each object is carefully chosen, perfectly placed — and often, she says, found on 1stDibs. None are inexpensive, but Spinocchia Freund believes passionately in acquiring pieces that will hold their value and can be passed along to the next generation.

“I think being sustainable is incredibly important,” she says. “You don’t need to remanufacture everything. The beauty of that is that you create a collection that can grow with a client.”

Spinocchia Freund is the daughter of a Greek mother and Italian father who met when they were both living in Istanbul, where the designer spent her early years. When she was six, the family moved to Britain, to the seaside town of Bournmouth, and her father opened a shop selling Turkish artifacts — “tea sets and rugs and incense and beautiful brass pieces.” He also started an import-export business dealing in Italian furniture.

“I would either be in the shop with my father or in flea markets and bazaars with my mother, who was a collector of antiques,” Spinocchia Freund remembers. “She also loved handcrafted lace napkins and tablecloths and antique silverware, and she taught me about laying tables, etiquette — attention to those details.”

Despite this early exposure to craft and design, Spinocchia Freund says she didn’t think about a career in those areas, although she did want to run her own business. Severely dyslexic, she found school difficult but excelled at art.

“That got me into Westminster university,” she says, “where I did a course that combined art with marketing and business, all of which turned out to be really useful.” During that time, she began to work for the chef Marco Pierre White in his events division. And there, she met Nick and Christian Candy, young brothers who had just begun the business that would place them among the world’s most successful high-end real-estate developers.

“At that point, I wanted to be a stylist, and I helped Nick and Chris style one of the first apartments they bought,” Spinocchia Freund says. “It just grew from there. They were really the first developers to put together that whole luxury package at a really top-notch level. We were three people to start with, and eight years later, there were one hundred and fifty of us.”

She was “hungry for success,” the designer recalls. “When you find something you are good at after not being good at much, you really revel in that.”

Spinocchia Freund proved a quick learner. “We were churning out projects,” she says. “I loved it. I would be there until all hours of the morning, looking up furniture references in books, photocopying! There was no Pinterest — it was a different world. But that was very lucky, because looking at drawings and details, the archive sections of these books, gives you an unparalleled level of detail and understanding of joinery.”

By 2009, Spinocchia Freund felt it was time to move on. “I didn’t want to do a style that would appeal to everyone anymore,” she says, referring to the relative anonymity of property development. “I wanted to talk to specific clients, to create something that would evoke their essence and personality.”

She began with a few small commissions — and a larger one, setting up a design department at Harrods for its owner, Mohamed Al-Fayed. Project after project then began coming her way, through word of mouth. Soon after launching her own business, she met her now-husband, investor Michael Freund, and in 2013, they bought and began work on the Notting Hill property. “It was a complete strip out, which is what we mostly do with our projects, and we did a double dig, two floors down, which is probably no longer allowed,” she says.

To keep the below-ground floors as light as possible, the designer created a three-story atrium, with a spectacular vertical garden climbing one wall. A circular revolving glass elevator sits in the center of a cantilevered spiral staircase that wends its way from the lowest level to the fifth floor. On the ground floor, an installation featuring an exploding wall and scattered objects by the Cuban artists Los Carpinteros hangs over a glass-enclosed swimming pool. A spa-worthy massage room has a small salon-worthy hair-washing section, “because I like to use every nook and cranny of space,” Spinocchia Freund says.

“I always take control of the interior architecture and work alongside a good construction company. Profound attention to detail is perhaps my OCD aspect of wanting everything to be perfectly done,” she says, noting of the stairway in her home. “Even the balustrade has hand-stitched leather. I love the artisanal craft of that.” Bringing in art, like the Los Carpinteros piece, she continues, is integral to the design of a project, not a later add-on.

Artworks and hand-crafted detail are the focus in the duplex-penthouse showcase apartment she designed for the luxury-condo redevelopment of London’s 1966 Richard Seifert–designed Centre Point office building. Taking inspiration from the literary history of nearby Bloomsbury, Spinocchia Freund commissioned the artist Eva Menz to create an installation reproducing in paper-thin ceramic the letters of Virginia Woolf and Vita Sackville-West. Realized in Japan, these now hang from a skylight alongside the building’s original metal-rimmed curving staircase. (“As if a gust of wind blew them up into the skylight,” Spinocchia Freund says.) 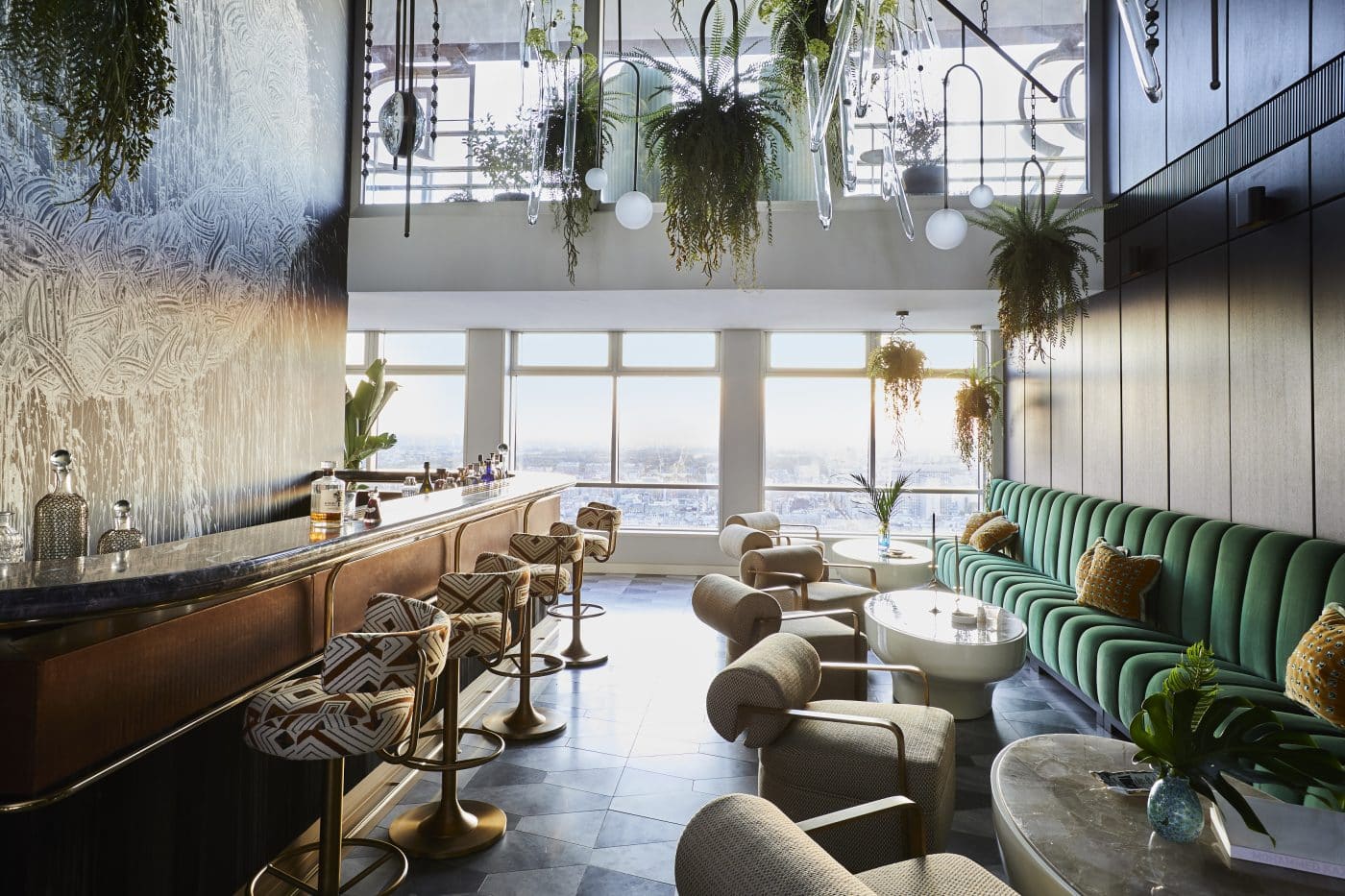 London interior designer Brigitta Spinocchia Freund recently created the scheme for the duplex-penthouse show apartment of the city’s newly redeveloped Centre Point building, which was constructed as an office tower in 1966. On the wall above the bar, artist Richard Long created a site-specific circular painting using mud from the River Avon. Hand-loomed fabric from the historic French textile house Le Manach covers the stools. 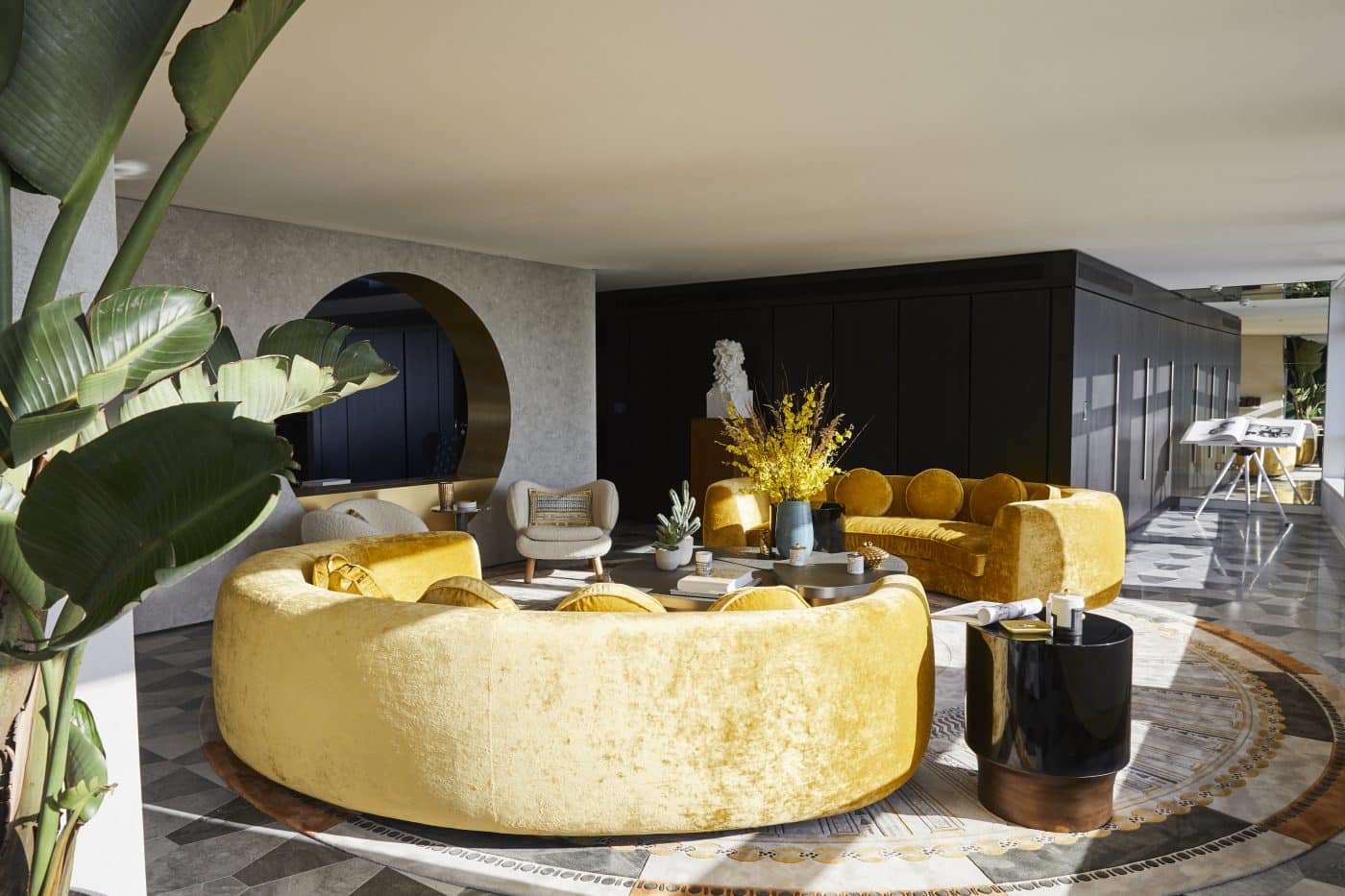 A pair of India Mahdavi‘s curving Jelly Pea sofas define the living room of the penthouse, which extends across some 7,500 square feet of the building’s 34th and 35th floors. Spinocchia Freund created the rug with British fashion designer Alice Temperley. In a nod to the ancient Greek collections of the nearby British Museum, it incorporates some of Temperley’s signature neoclassical arch and column motifs. 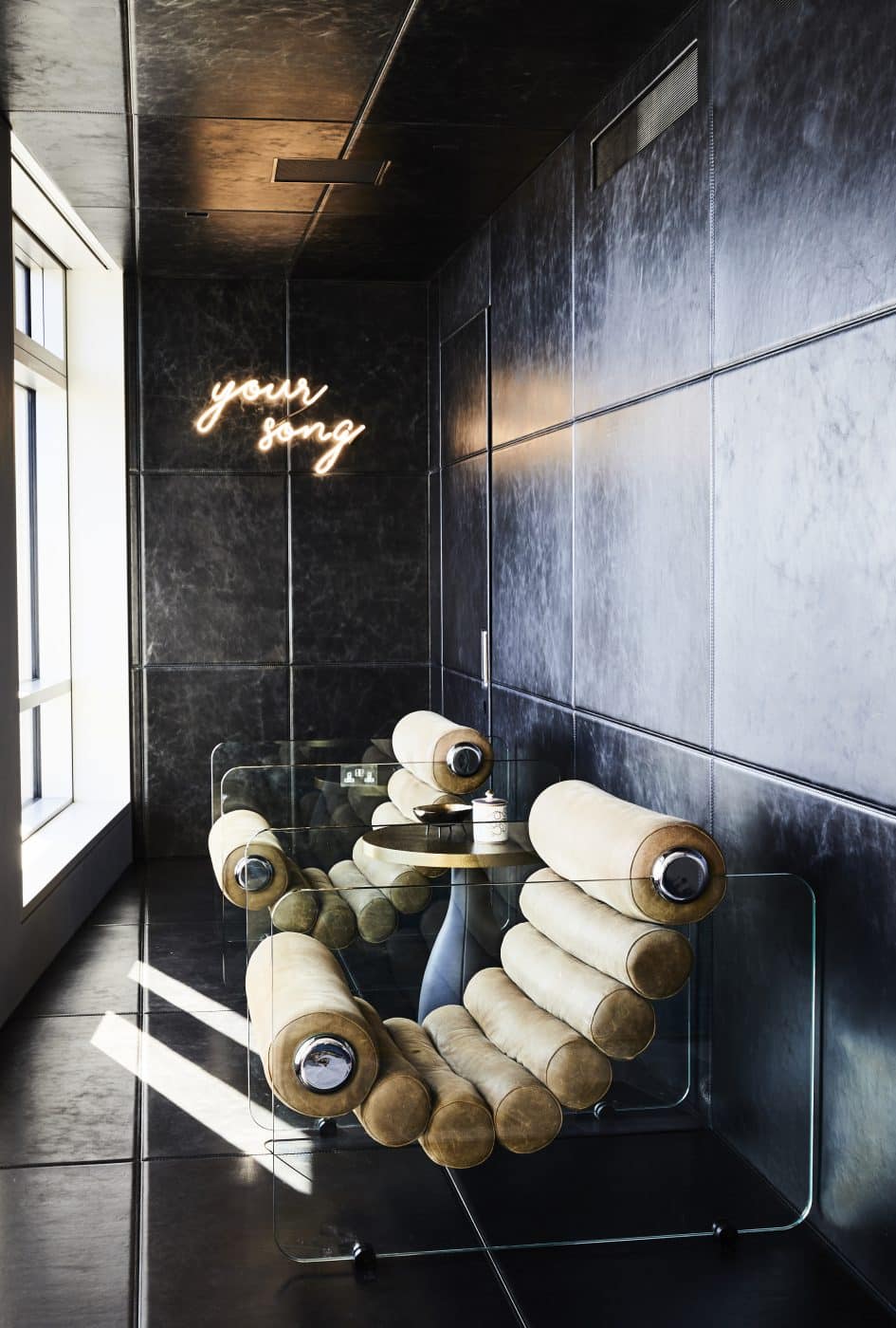 Placed in front of a window, a pair of 1960s Fabio Lenci Hyaline glass-and-leather chairs provide a spot to sit and contemplate the view. 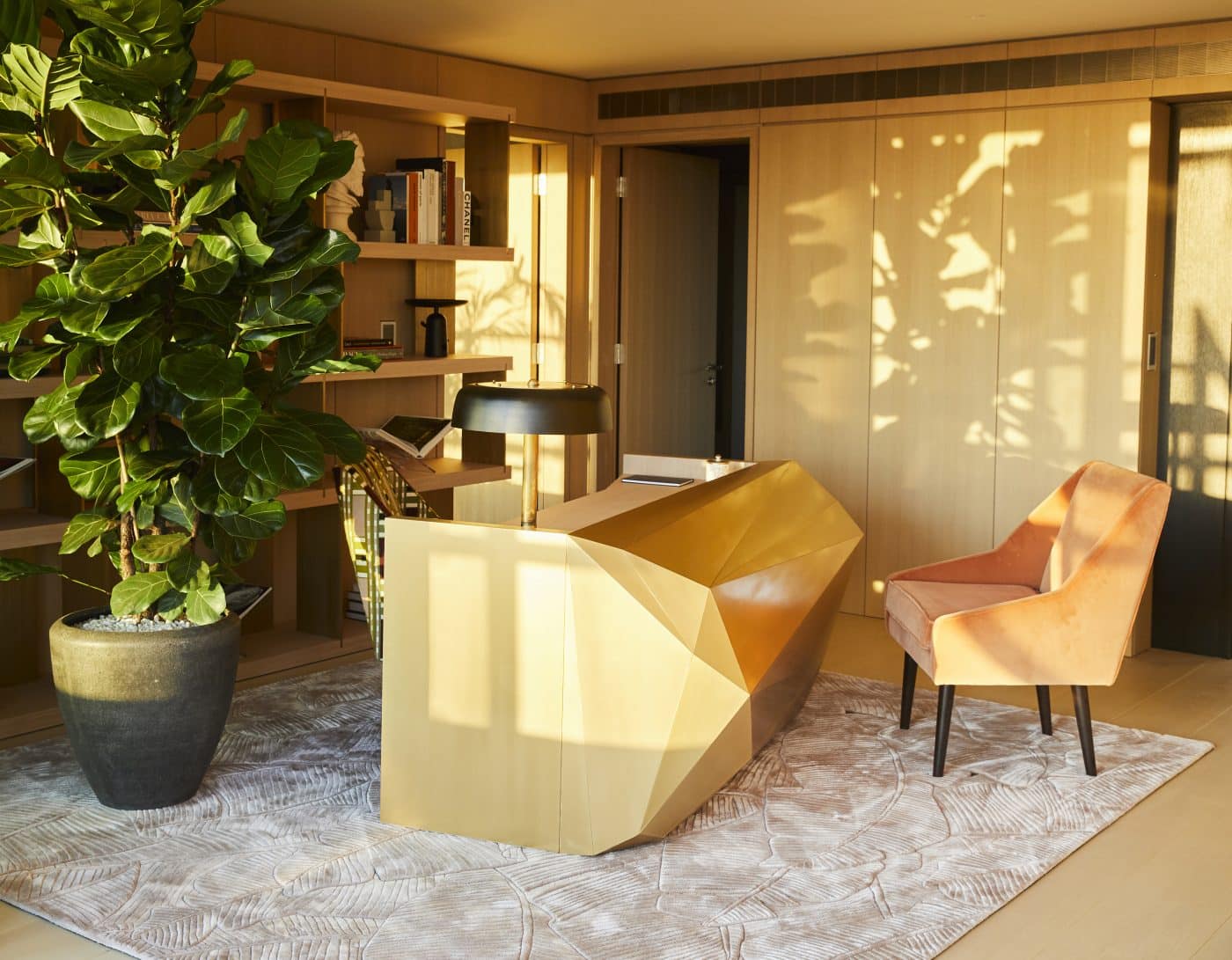 For the penthouse’s office, Spinocchia Freund designed a bespoke desk whose asymmetric geometry recalls the work of early-20th-century Russian artist Lyubov Popova. The chair behind the desk is covered in a Pierre Frey fabric, and the rug is by Michaela Schleypen. 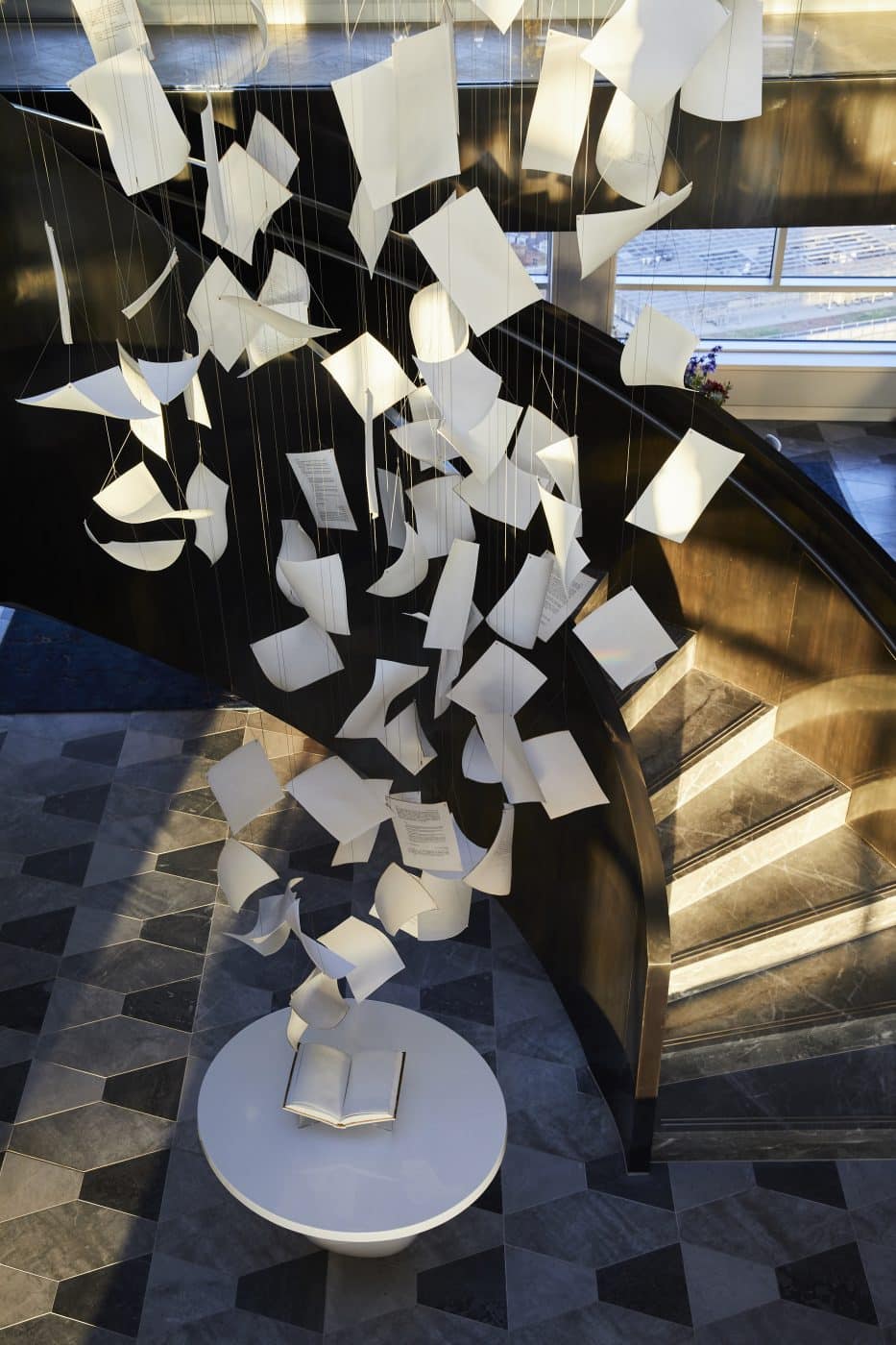 Spinocchia Freund took inspiration for the penthouse stairwell from the literary history of the nearby Bloomsbury neighborhood. She commissioned the artist Eva Menz to create a sculpture rendering the letters of Virginia Woolf and Vita Sackville-West in paper-thin Japanese ceramic. These now hang from a skylight alongside the building’s original metal-rimmed curving staircase.

“It was all about creating something that didn’t detract from the views, which are spectacular and like a gallery of paintings in themselves,” Spinocchia Freund explains. “We kept the vistas clean and architectural and used mainly vintage pieces, like the nineteen sixties Fabio Lenci Hyaline glass-and-leather chairs, Italian wall lights and dining chairs by Prouvé, from Tanguy Rolin,” she continues.

As always in her projects, Spinocchia Freund was liberal in her use of greenery. “I love to oxygenate interior spaces with plants.”

Despite the perfectionism and ambition of Spinocchia Freund’s projects — enabled by a client base with no fear of spending — she is vehement about the need to create comfortable, livable spaces in all her projects.

In her own home, the huge kitchen has a long counter to perch at, a glass Zaha Hadid table to one side and a comfortable living area (complete with a whimsical Campana brothers stuffed-animal chair) to the other. Her glamorous library is also where her three children do their homework and play records on the old-fashioned gramophone, while the long, narrow playroom tucked behind the swimming pool offers a comfortable and colorful refuge from the adult world.

“Creating joy in spaces for people is really the essence of every job,” she says. “I always ask: How can you live your best life in whatever the space is, and whatever the size?” 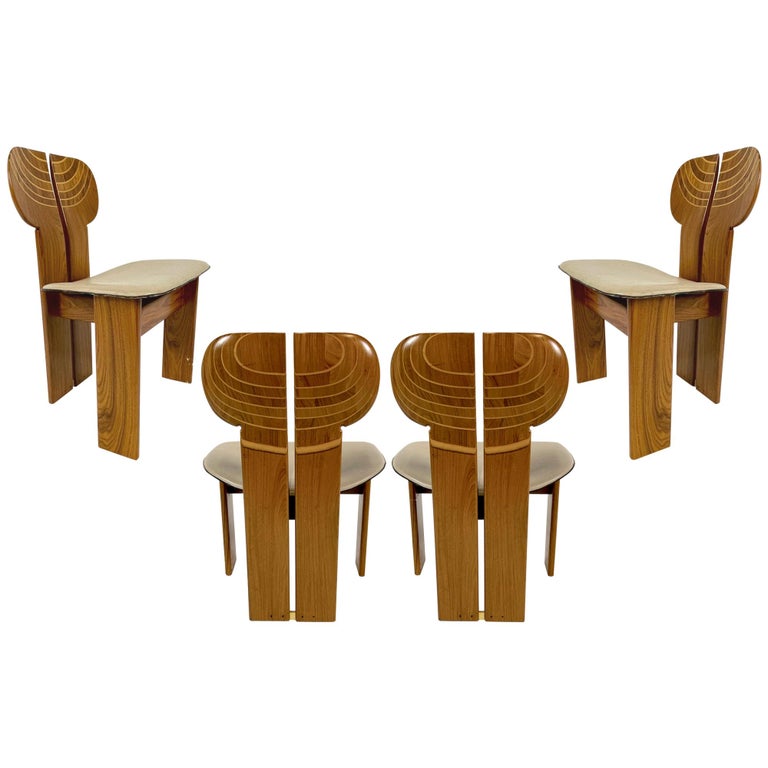 “These are my dream dining chairs.” 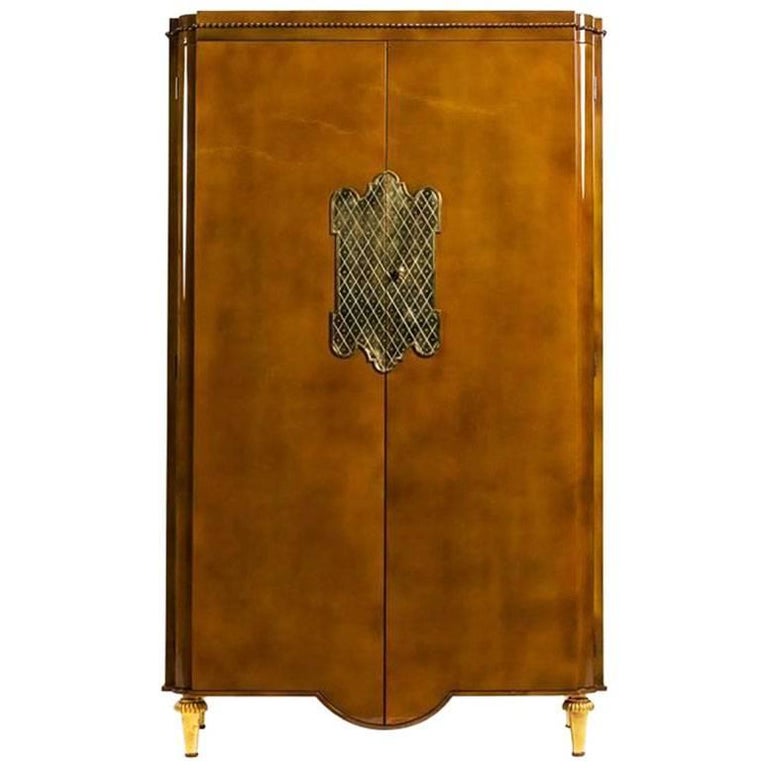 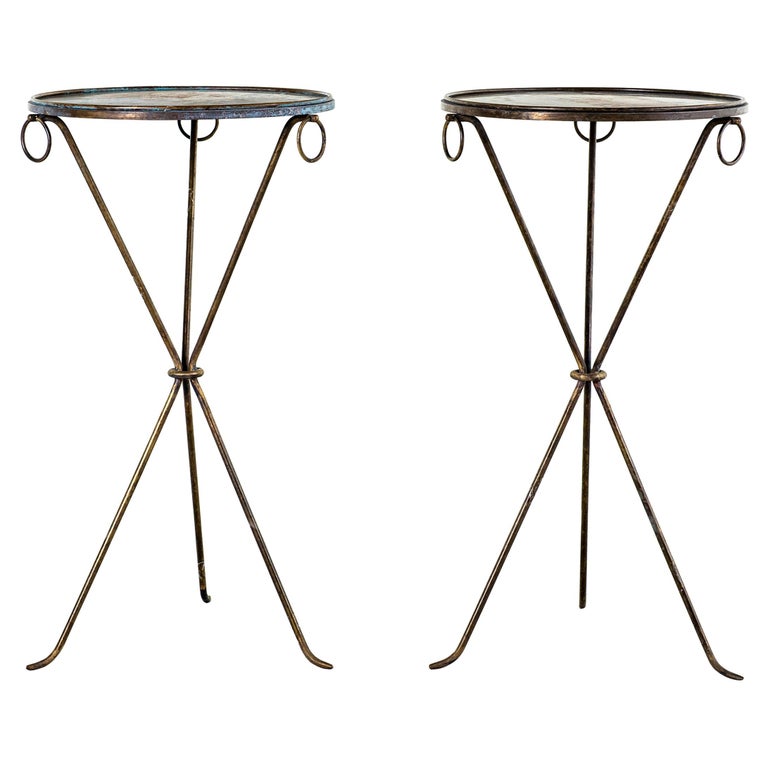 “These are impossibly delicate.” 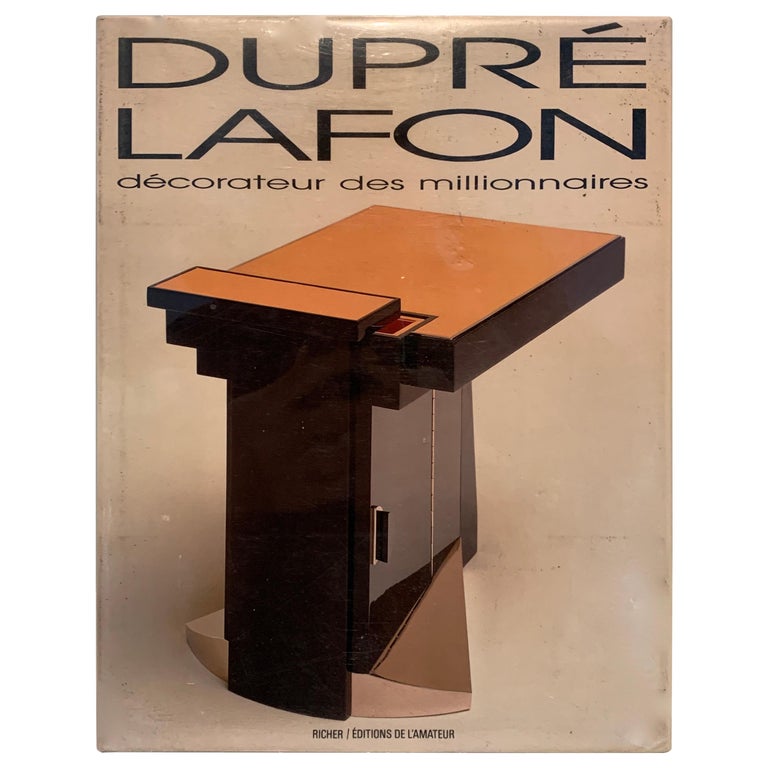 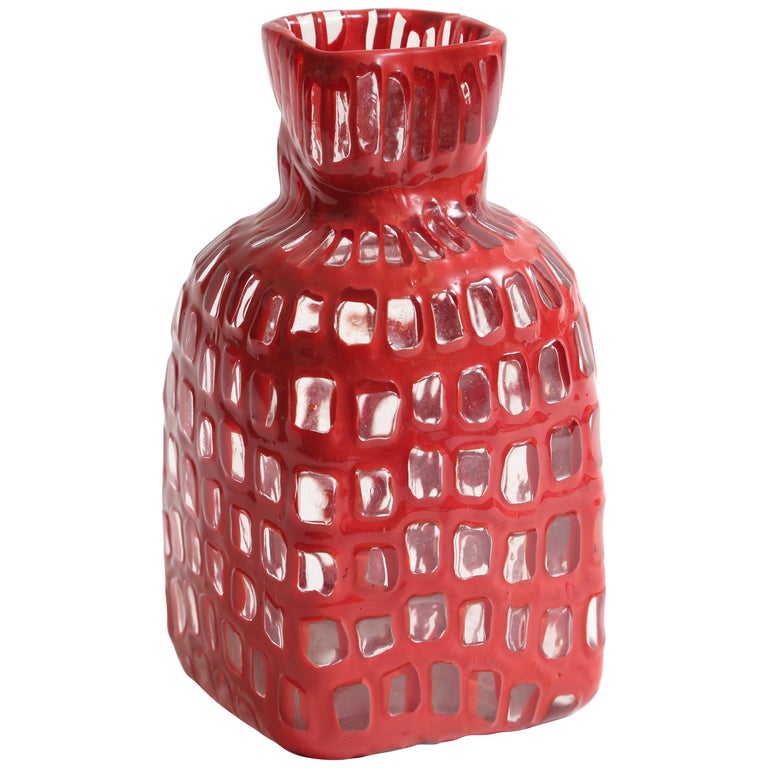 “This Scarpa vase delights and pops.” 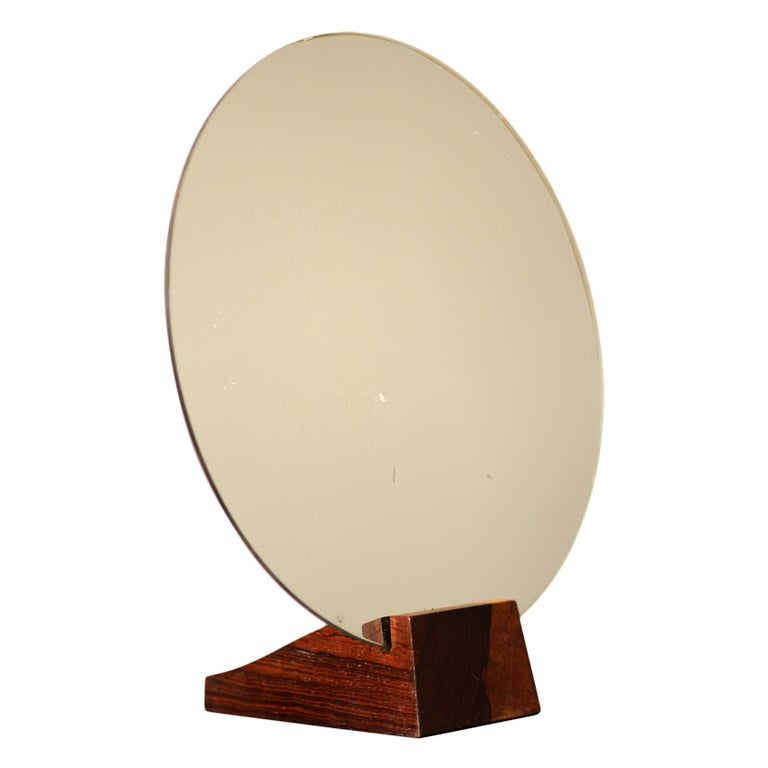 “This Ruhlmann mirror is stunningly simple and ahead of its time.”