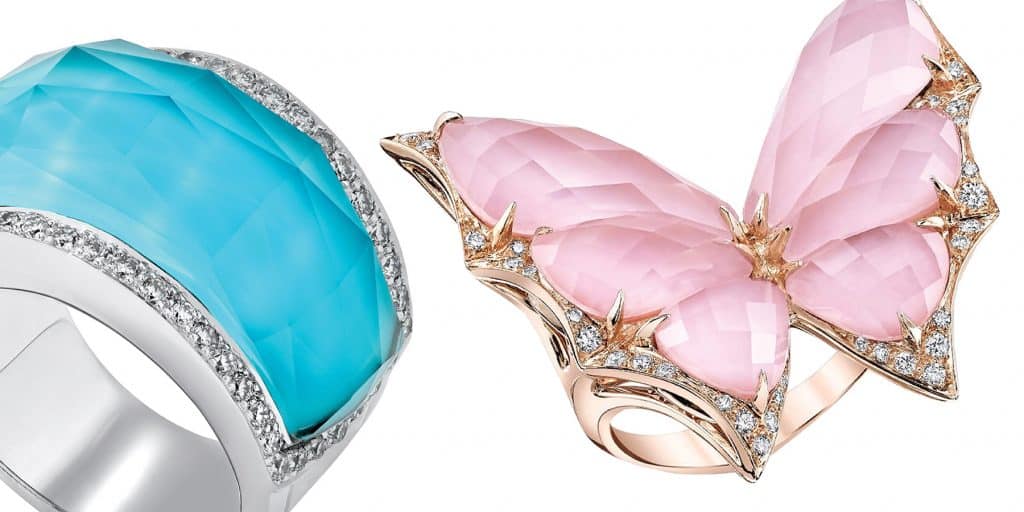 On the 25th anniversary of his innovative Crystal Haze collection, the designer revisits its origins. 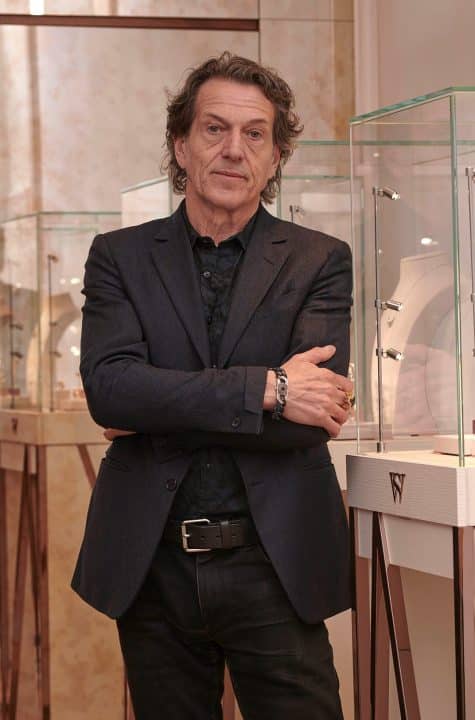 July 5, 2020London-based jewelry designer Stephen Webster is celebrating the 25th anniversary of his groundbreaking Crystal Haze collection, which he launched after developing a technique for layering faceted quartz on top of other gemstones. Photo shoot styling by Imogen Frost

The jewelry landscape was almost barren during the 1990s. Fashion dictated minimalism, and stars treading the red carpet wore Armani gowns in earth tones with very few sparkling accessories. Elsa Peretti’s little diamond solitaire necklace for Tiffany & Co. was in vogue. And the gold Cartier Panthère watch was the only item many female stars wore. I know, because I covered these trends for InStyle magazine as the contributing editor for fine jewelry and watches. Stephen Webster shook everything up when he introduced his Crystal Haze rings in 1995. In celebration of the collection’s 25th anniversary, we’re taking a look back at the iconic style and the designer who created it.

The seismic shift was sparked in 2000 when Madonna attended a party for the premiere of her movie The Next Best Thing wearing the Crystal Haze ring. She had purchased it directly from Webster, to whom she’d been introduced by a friend (the designer told British GQ that he and that friend had a couple of large gins at the pub near her London home before going to meet her, “to steady the nerves”). Pictures of the star singer’s outing popped up seemingly everywhere because this was the first time she had appeared in public with the British director Guy Ritchie, whom she married later that year. While Madge’s legions of fans were in a tizzy about her new man, I was fully focused on Stephen Webster’s Crystal Haze ring on her index finger. It was so much bigger and bolder than the styles most celebrities were wearing at the time. I knew immediately that the piece was Webster’s because I had seen the distinctive design at the Couture jewelry trade show in Las Vegas, where he showed his small collection. 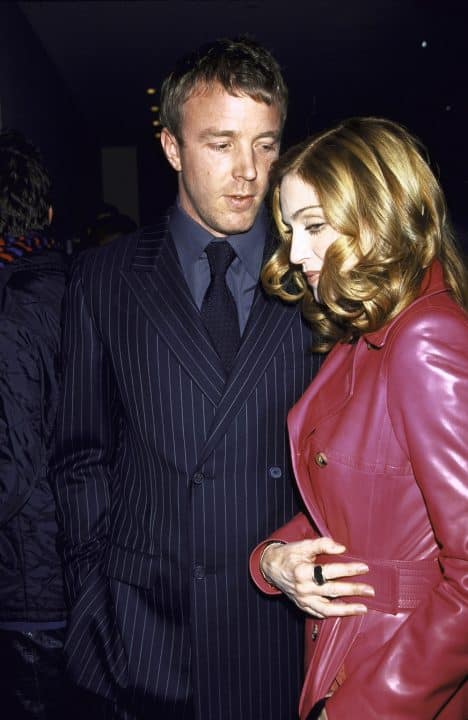 Madonna wore a Stephen Webster Crystal Haze ring on her index finger February 29, 2000, at the New York premiere of her movie The Next Best Thing, which also marked her first public appearance with Guy Ritchie. Photo by Ron Galella, Ltd./Ron Galella Collection via Getty Images

As Webster recounts in his entertaining autobiography, Gold Struck: A Life Shaped by Jewelry, I was the first editor to get ahold of him and write about the Madonna moment, but I certainly wasn’t the last. The press coverage snowballed in the months and years to come as other celebrities, including Jennifer Lopez, Christina Aguilera and Pink, were spotted in the now-immediately recognizable jewel. When journalists arrived at his tiny boutique in London, they discovered that the designer, who looks like the lead singer of a classic rock band, didn’t fit their preconceived notions. “One editor from the Daily Telegraph told me, ‘I suppose I thought a jeweler was going to be an old guy with a white coat and loupe,” remembers Webster.

This massive success came to Webster when he was in his 30s, not long after he launched his label, in 1989, but the design was the culmination of a lifetime of experience. At the tender age of 16, Webster found his calling when he toured Medway College of Design in Rochester, England, with a career counselor. He was immediately attracted to the jewelry department, which was “noisy, slightly grubby and lit with orangey, naked flames.” After graduating, he worked for a few years as a bench jeweler in London and the resort town of Banff, in Alberta, Canada, finally settling in Santa Barbara, California. 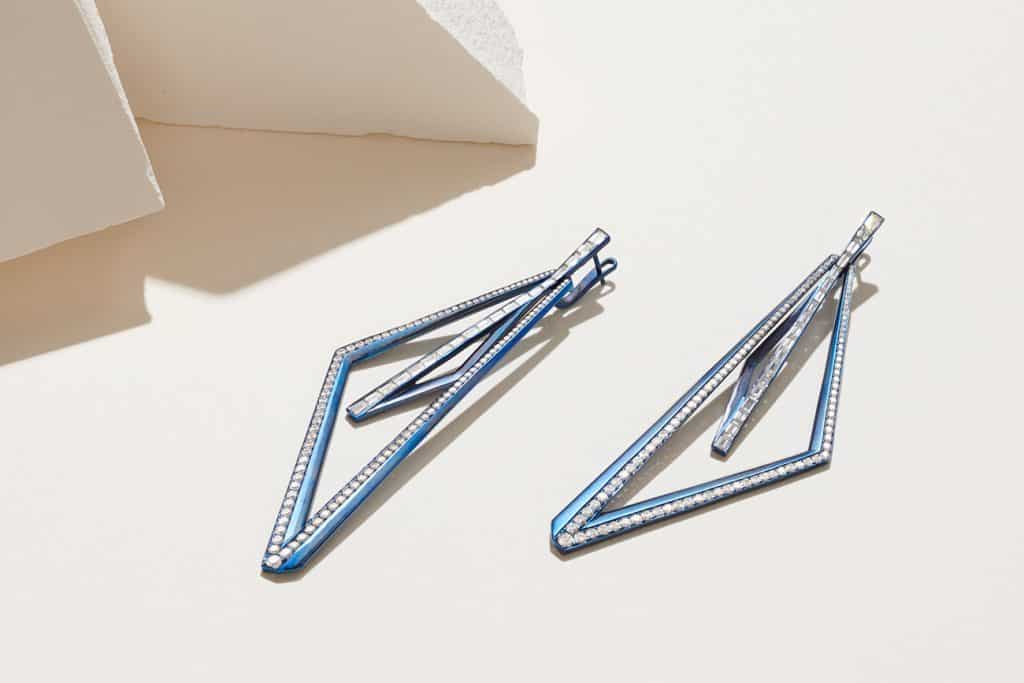 The luxurious, laid-back style of the city, nicknamed the American Riviera, opened Webster’s eyes to the possibility of a kind of jewelry different from the traditional designs that defined the field in England. He began working with semiprecious stones, an integral element of the Crystal Haze line. The Santa Barbara community embraced the colors and was open to lesser-known gems in fine jewelry, such as apple-green chrysoprase, lavender chalcedony and Peruvian pink opal. “The scale of my designs grew with semiprecious stones, because you can find large pieces of the material, and that made it bold and quite fashionable,” says Webster. 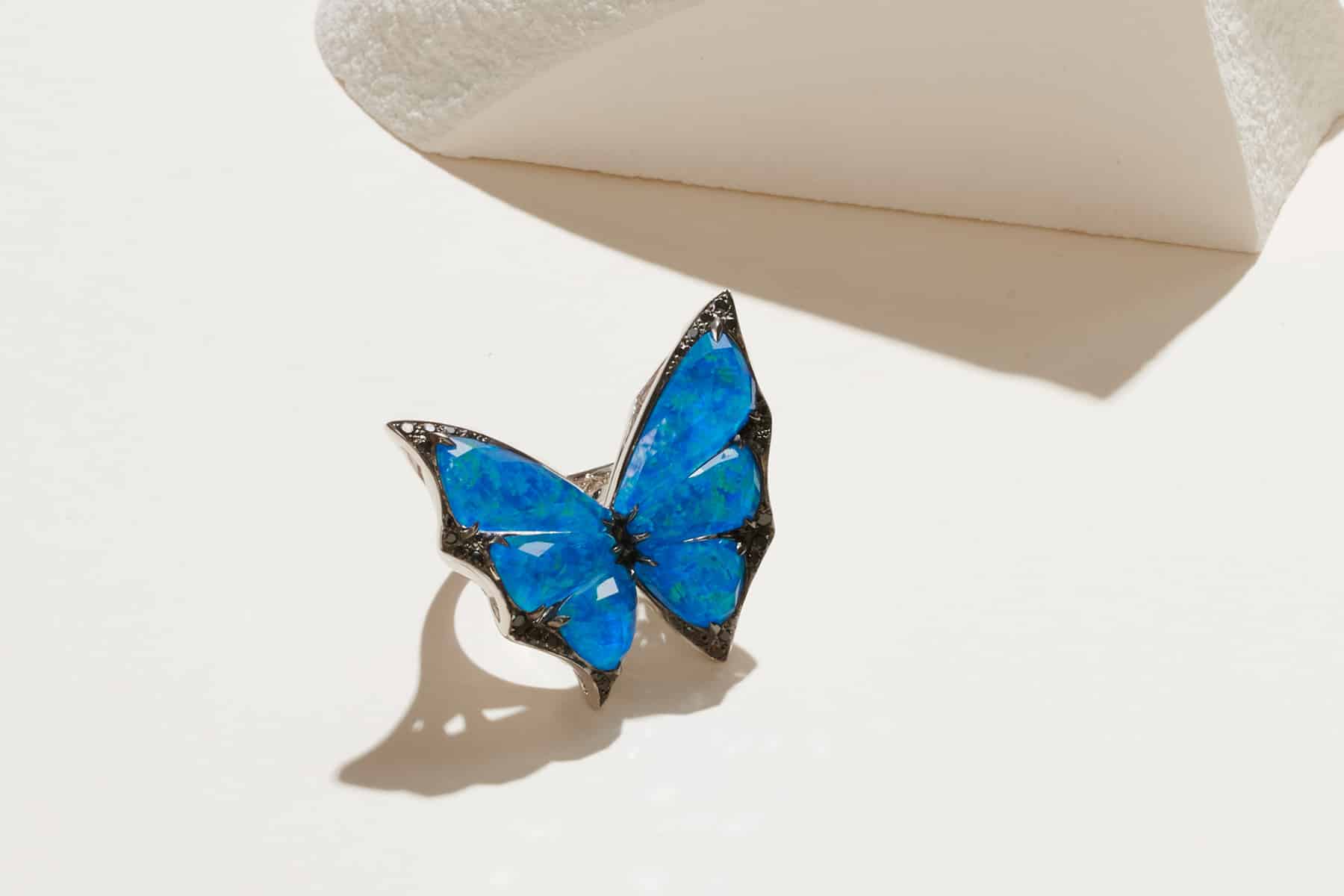 The idea for the Crystal Haze ring came to him when he was having lapidaries in Idar-Oberstein, Germany, cut rock crystal into special shapes for big brooches. “I thought it was interesting how the faceted quartz sort of magnified and altered the look of the fabric a woman was wearing underneath a brooch, and I wondered what faceted quartz would look like on top of another gemstone in a kind of extreme doublet,” Webster recalls. 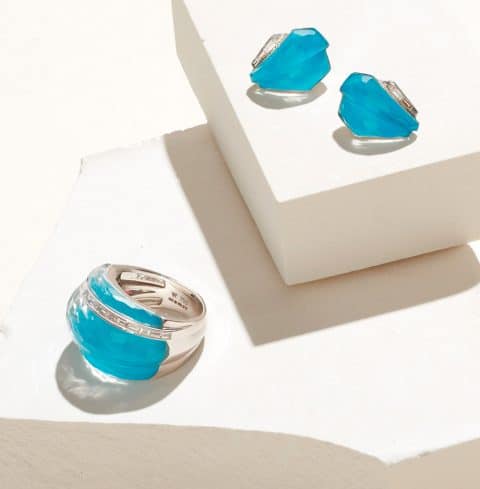 Doublets, in which two stones are sandwiched together, date back to at least the Renaissance. In some historical examples, round crystal cabochons cover flat engraved gems. Others are composed of two gems combined to make them appear larger or more brilliant.

Back in London, Webster had something altogether different in mind. He wanted to create statement jewels in which two gems cut into a narrow arc would curve over the finger in a gold ring. The contour and connecting of the stones required a couple of years of development, some innovative thinking and plenty of expertise. 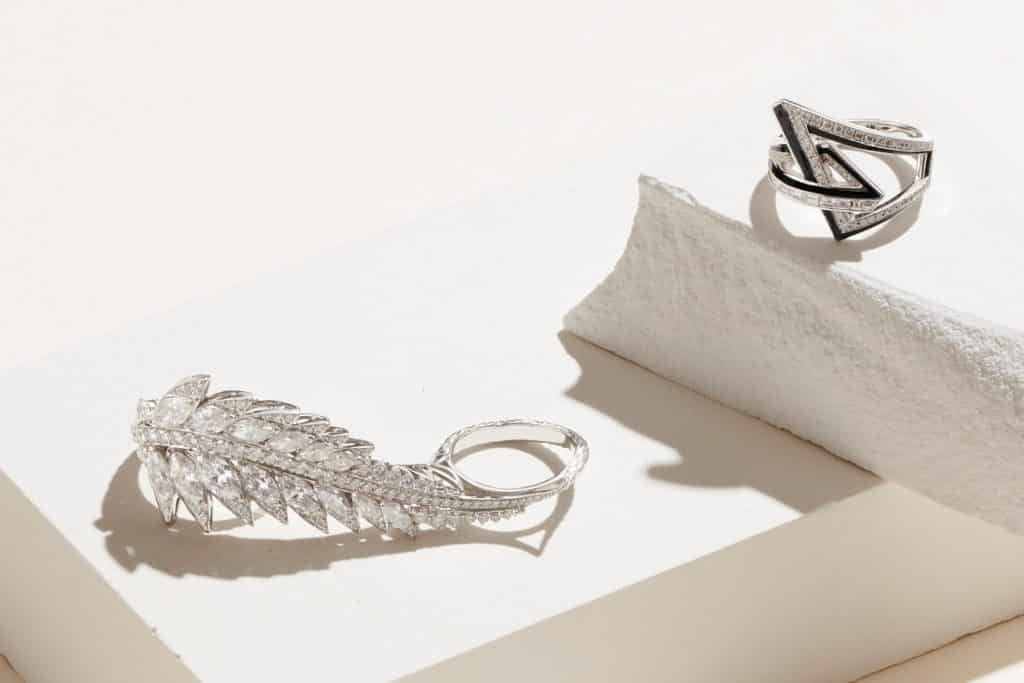 “To get the curvatures of the crystal and another gem to fit together perfectly, I had to laboriously hand grind them with diamond paste and a cutting agent,” says Webster. “Then, I applied the epoxy jewelers use to seal a bond, but it was too thick, and bubbles kept forming between the stones.” After a lot of frustrating trial and error, he recalled his days in California, where he saw Dale Chihuly’s massive glass sculptures. He knew there had to be a bonding agent to make them hold together and thought it might work for Crystal Haze. “I found this glass sculptor in Seattle who told me about an epoxy that has the consistency of water and acts like a lens,” says Webster. A variation of the sticking agent finally helped him realize his vision of Crystal Haze rings.

Initially, Webster couldn’t keep up with the demand. “It was just me and my brother at the bench, so I kept hiring craftsmen,” he recalls. “We moved workshops three times in eighteen months in an effort to keep pace with the orders.” 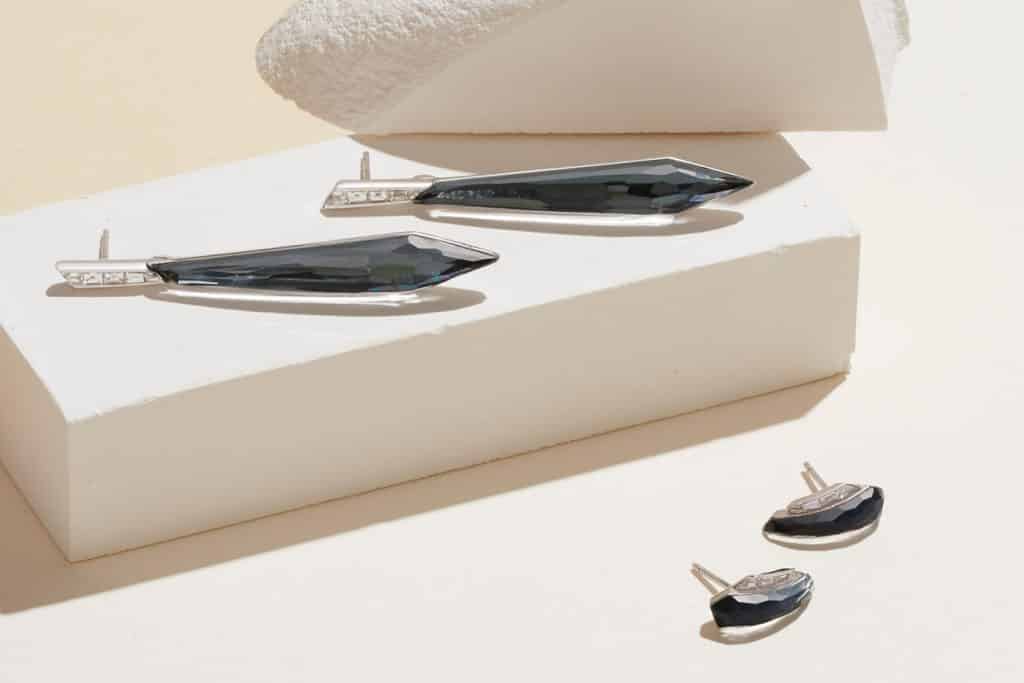 When Webster launched Crystal Haze, there were very few high-profile independent jewelry designers. With his success, he opened the door for many more. Through the Rock Vault initiative, a talent incubator launched by the British Fashion Council and curated by Webster, he has given a leg up to such emerging designers as Fernando Jorge and Alice Cicolini, whom he introduced to buyers and press in his ballroom-sized booth at the Couture show in Las Vegas.

In the quarter century since Crystal Haze’s debut, Webster’s company has grown exponentially. His stores dot the globe, and he has a long list of illustrious collectors. The many lines he has produced over the years — from Vertigo and Dynamite to Fly By Night and Jewels Verne — display the same qualities that characterize Crystal Haze: bold, edgy designs, beautifully manufactured. Webster has long been a leader in sustainable luxury, speaking at forums about its importance and making certain that his materials are sourced in an ethical and sustainable manner. 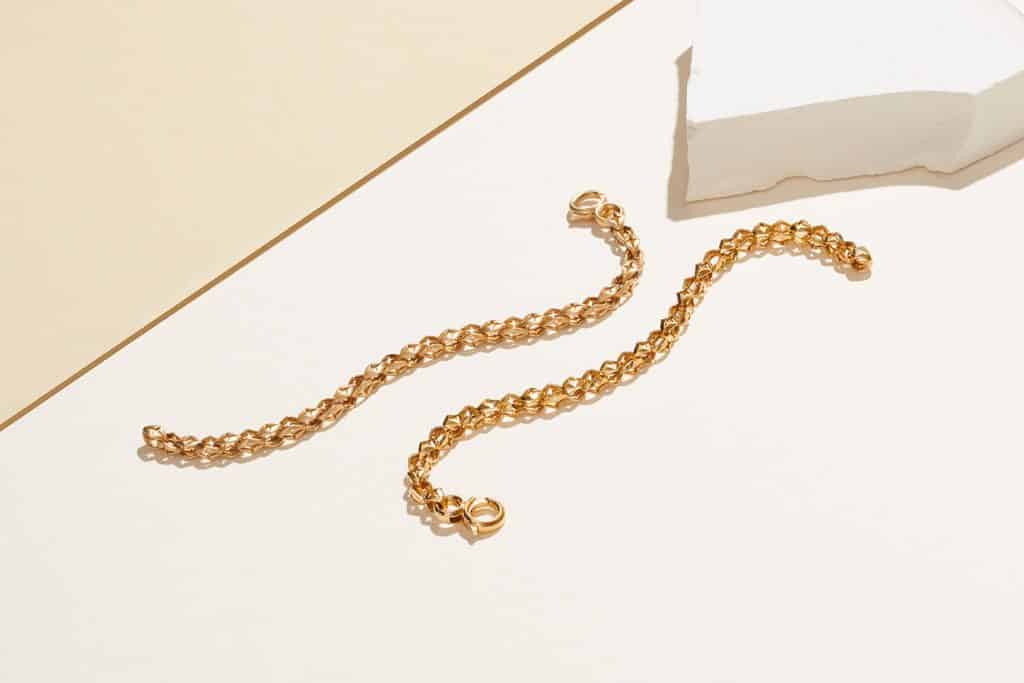 His great designs and good works have garnered any number of prizes, but none quite as grand as the MBE (Member of the Order of the British Empire) he was awarded by Prince Charles in 2013 for his “services to training and skills in the jewelry industry.” It’s an accolade approved by a special committee and signed off on by the Queen as well as the prime minister. There is no doubt that Webster’s path to the prestigious honor was supercharged by the success of Crystal Haze and Madonna’s appearance that night wearing her new jewel. 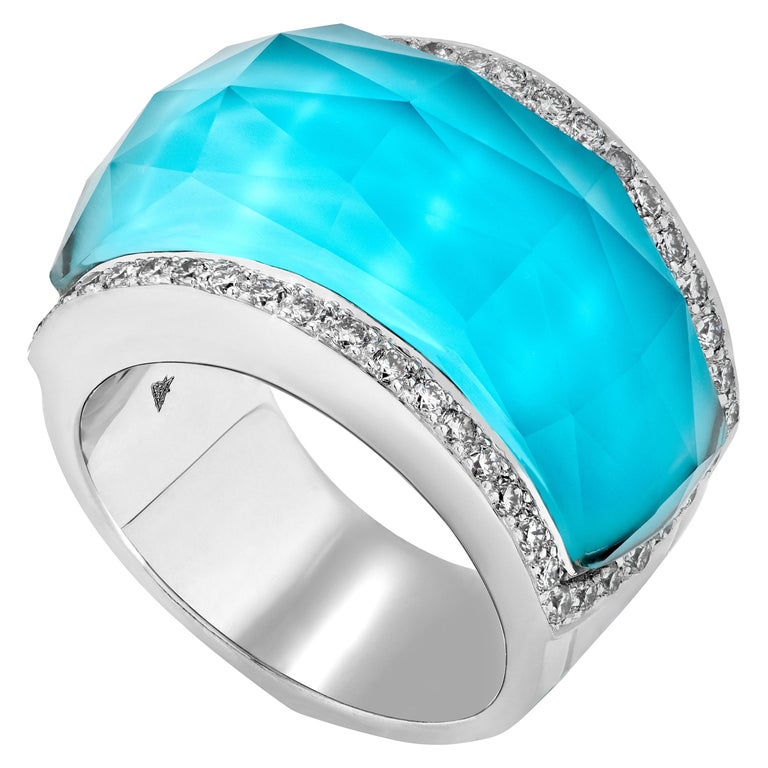 “I could, but won’t, write a book about this ring. The reason for a potential monologue being that this classic Crystal Haze is the ring that put Stephen Webster on the map twenty-five years ago. The illusion created by bonding two gems together was considered very radical at the time. The technique allowed me to produce a big juicy cocktail ring at an affordable price in a wide variety of colors. Women shopped this ring according to wardrobe rather than commitment.” 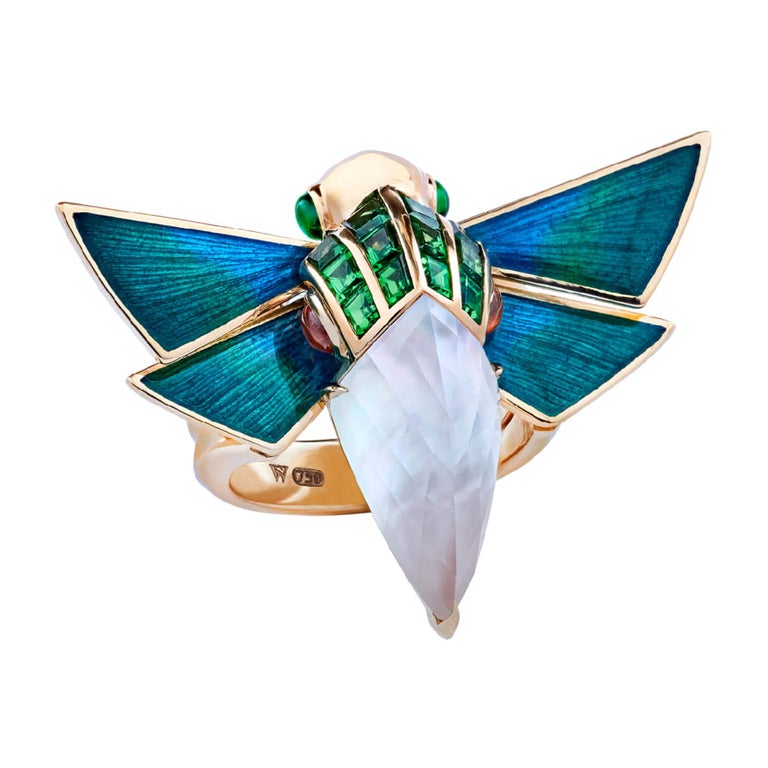 “Like a dragonfly, a cuckoo bee exists in nature. Back in the day, some inebriated entomologists thought they could see dragons in flies and cuckoos in bees. We thought it would be an amusing and perfect theme for cocktail rings by adding a bit of bling and humor to nature’s mashups. From one angle, a large mother-of-pearl Crystal Haze stone forms the body of the bee. From another angle, it forms the beak of the cuckoo. Apart from using an array of baguette-, brilliant- and cabochon-cut gems, we gave the wings an iridescence by using colored vitreous enamel, leaving the wearer with a real buzz.” 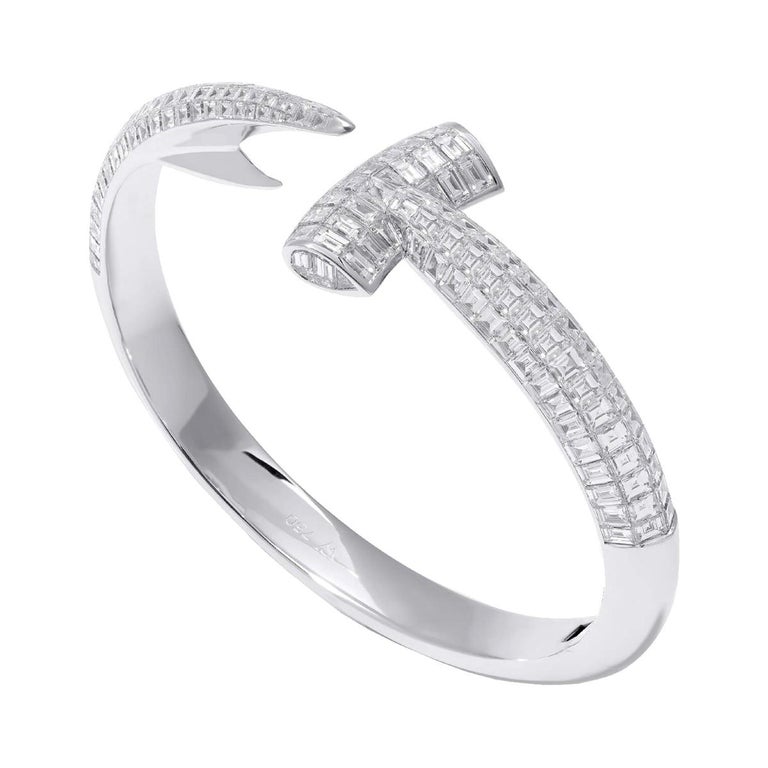 “Ever since my earliest days as a jeweler and designer, I have found the sea a spiritual and inspirational place. With the Hammerhead bangle, we chose to complete the already ironic piece by embellishing it with a protective armor of invisibly set diamonds, rubies or sapphires.” 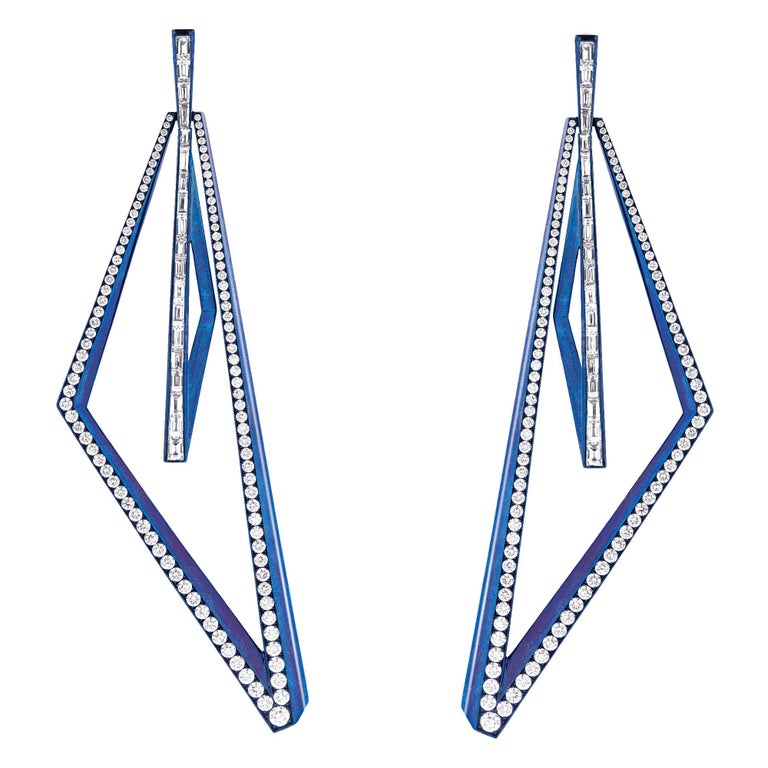 “Vertigo is the final chapter in a trilogy addressing the current sense of uncertainty and when things are never what they appear to be. The entire collection plays with an impossible perspective. Very easy to achieve on paper but way more tricky when realized in hard substances such as metal and diamonds. By sticking with it and creating fake shadows with the help of vitreous enamel, we managed to achieve the impossible. The pieces appear to have real depth but in actual fact are quite flat. Along the way, we found out that the larger the piece, the better the effect. The only trouble was the weight, especially with the earrings, where the dimension was the strongest. We needed a material that was light and strong. Titanium gave us the solution.” 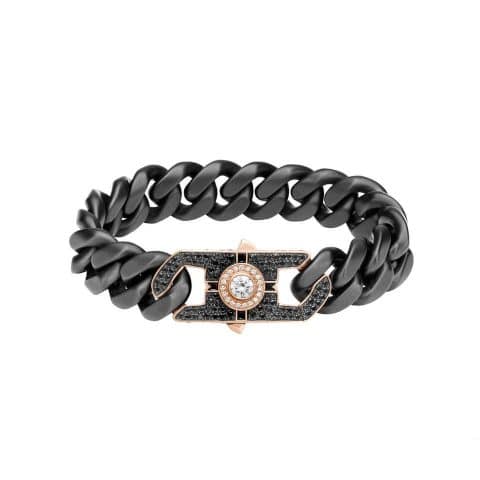 “While making the Cloth of Gold collection, I worked with many of the London’s best gun engravers. It occurred to me that gun engraving would also be a very masculine way to decorate a men’s collection. We have been revisiting it ever since. The double-ended clasp is inspired by a vintage cigar cutter. It’s hard to imagine any more masculine references than a tobacco-leaf pattern and gun engraving on a cigar cutter. The interchangeable links are made entirely of an almost indestructible solid ceramic.” 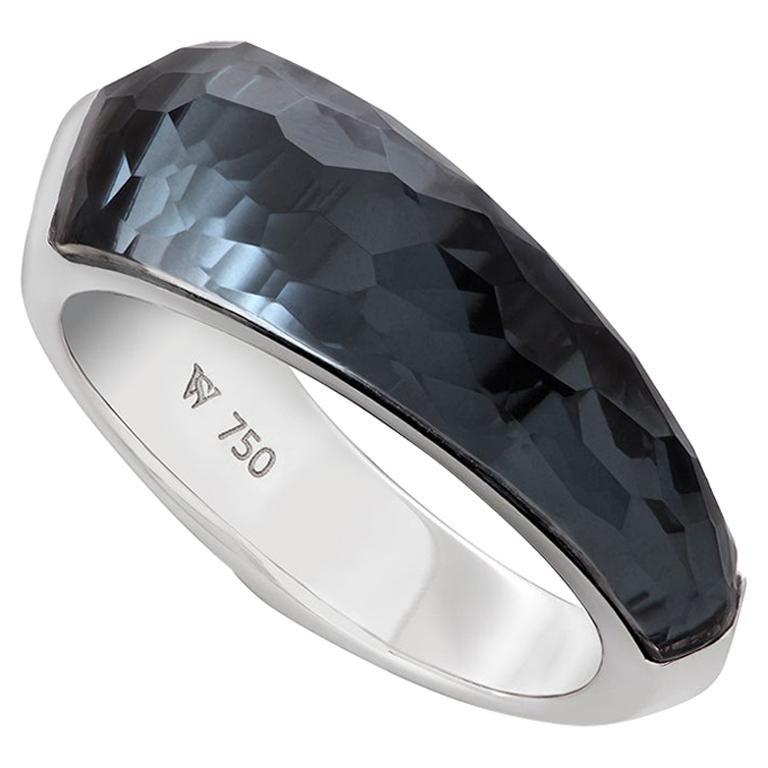 “It’s hard for me to think that a quarter of a century has passed since the launch of that first Crystal Haze cocktail ring. What I didn’t mention earlier were the two years previously spent perfecting what in the end appeared to be a simple technique. We have stripped back the noise that the technique inevitably picked up along the way. As we all know, less is usually more when it comes to icons.” 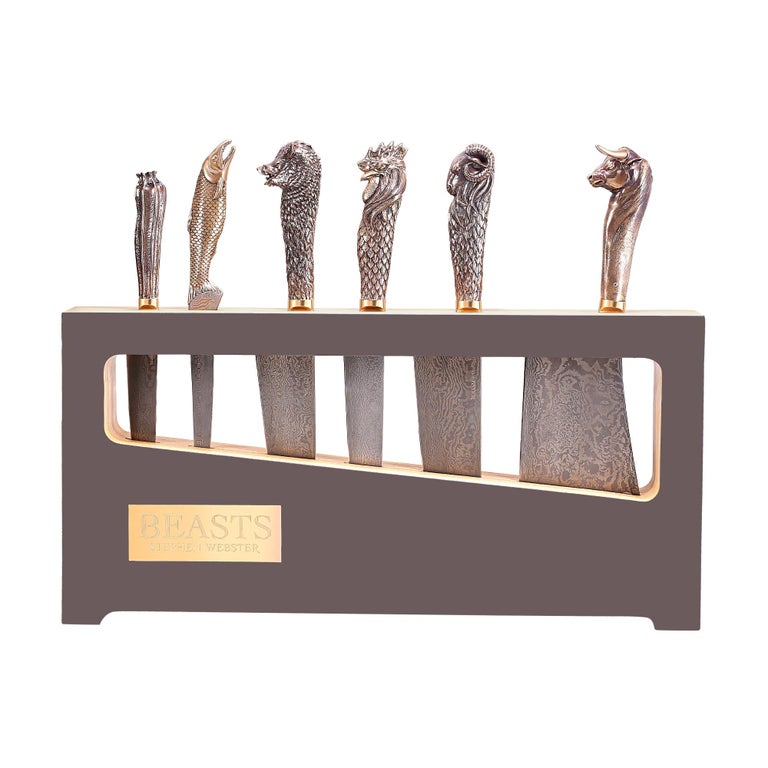 “A few years ago, a client with Scottish heritage decided that his roots north of Hadrian’s Wall would be more authentic if he owned a castle, so he bought one. My task in this highland fling was to — and I quote — ‘make me the most rock ’n’ roll sgian-dubh ever.’ For those not familiar with Celtic nuance, this is the dagger worn down the sock as part of kilt formal wear. As a part of my research, I found out that the tethered unicorn, which depicts Scotland on the Queen’s coat of arms, is known as the ‘Scottish beast.’ I had the name for my sgian-dubh.”