By the time the Italian-born Peretti arrived in New York City, she’d already studied design in Rome, worked for a Milanese architect and taught Italian, French and skiing in Switzerland. She settled on interior design as her potential career path but then chose an altogether different route: modeling. Peretti modeled in Barcelona, Spain, and on the advice of Wilhelmina Cooper — a former model who’d by then founded Wilhelmina Modeling Agency — moved to Manhattan in 1968. When she relocated, Peretti was inspired to pick up jewelry design.

Free Shipping
Tiffany & Co. Elsa Peretti Solid 18 Karat Gold 'Beans' Necklace
By Elsa Peretti
Located in Berkeley, CA
This iconic Elsa Peretti necklace is a beautiful halo around your neck. The 'beans' are solid gold and have a nice weight to them. You can wear it alone or layer with your other favo...
Category

Free Shipping
H 1 in. W 4 in. L 4 in.
Early Elsa Peretti Sterling Silver Flying Saucer Bracelet
By Elsa Peretti
Located in New Hope, PA
This flying saucer bracelet is from the very early days of the Elsa Peretti and Tiffany & Co partnership. It is marked E for Elsa Peretti, 925 and T& Co. The oval bracelet has a ra...
Category

Tiffany & Co. Elsa Peretti 18K Yellow Gold Button Earrings
By Elsa Peretti
Located in Chevy Chase, MD
A great pair of earrings to wear for every occasion! These earrings designed by Elsa Peretti for Tiffany & Co. are very simple and elegant. They are a round button with a small dim...
Category

W 1.25 in. D 1.13 in. L 2.38 in.
Elsa Peretti for Tiffany Jade Bean Hand Woven Black Mesh Necklace with Tassel
By Elsa Peretti
Located in New Hope, PA
An unusual and extremely rare form for the iconic Elsa Peretti bean, this large jade bean is cradled in a hand woven black mesh bag. A large black tassel is suspended from the bag an...
Category

W 1.25 in.
Elsa Peretti Sterling Silver Padova Letter Opener for Tiffany & Co
By Elsa Peretti
Located in Atlanta, GA
Elsa Peretti’s designs are as striking as the lady herself. Her unique pieces for Tiffany & Co. are an artistic combination of organic forms and sculpture. Ms. Peretti created the P...
Category

W 2.00 in. Dm 6.25 in.
Elsa Peretti 18K Gold Buckle for Halston by Tiffany & Co and Three Leather Belts
By Elsa Peretti
Located in New Hope, PA
Inspired by the shape of a horseshoe this striking and iconic equestrian 18 karat gold belt buckle designed by Elsa Peretti is so rare! This is the first gold buckle I have ever offe...
Category

W 2 in. L 46 in.
1970's Elsa Peretti for Halston Tiffany & Co 18k Gold Bag & Silk Tassel Necklace
By Elsa Peretti
Located in New Hope, PA
It is hard enough to find the Elsa Peretti mesh handbag, but this smaller version in 18 karat gold is the rarest of the rare. It was designed by Elsa Peretti in the 1970's to be wor...
Category

Find Elsa Peretti jewelry & watches available on 1stDibs. Each of these unique pieces has been designed with extraordinary care, often using 18k gold. This collection contains 4 pieces as well as a number of other designs by this jeweler. While this collection reflects work that originated over various time periods, most of these items were designed during the 1980s. If you’re looking for additional options, many customers also consider jewelry & watches by Eytan Brandes, UnoAErre and Coach House. Prices for Elsa Peretti watches and jewelry can vary depending upon gemstone, time period and other attributes. Price for these items starts at $1,850 and tops out at $9,480, while pieces like these can sell for $2,200 on average. 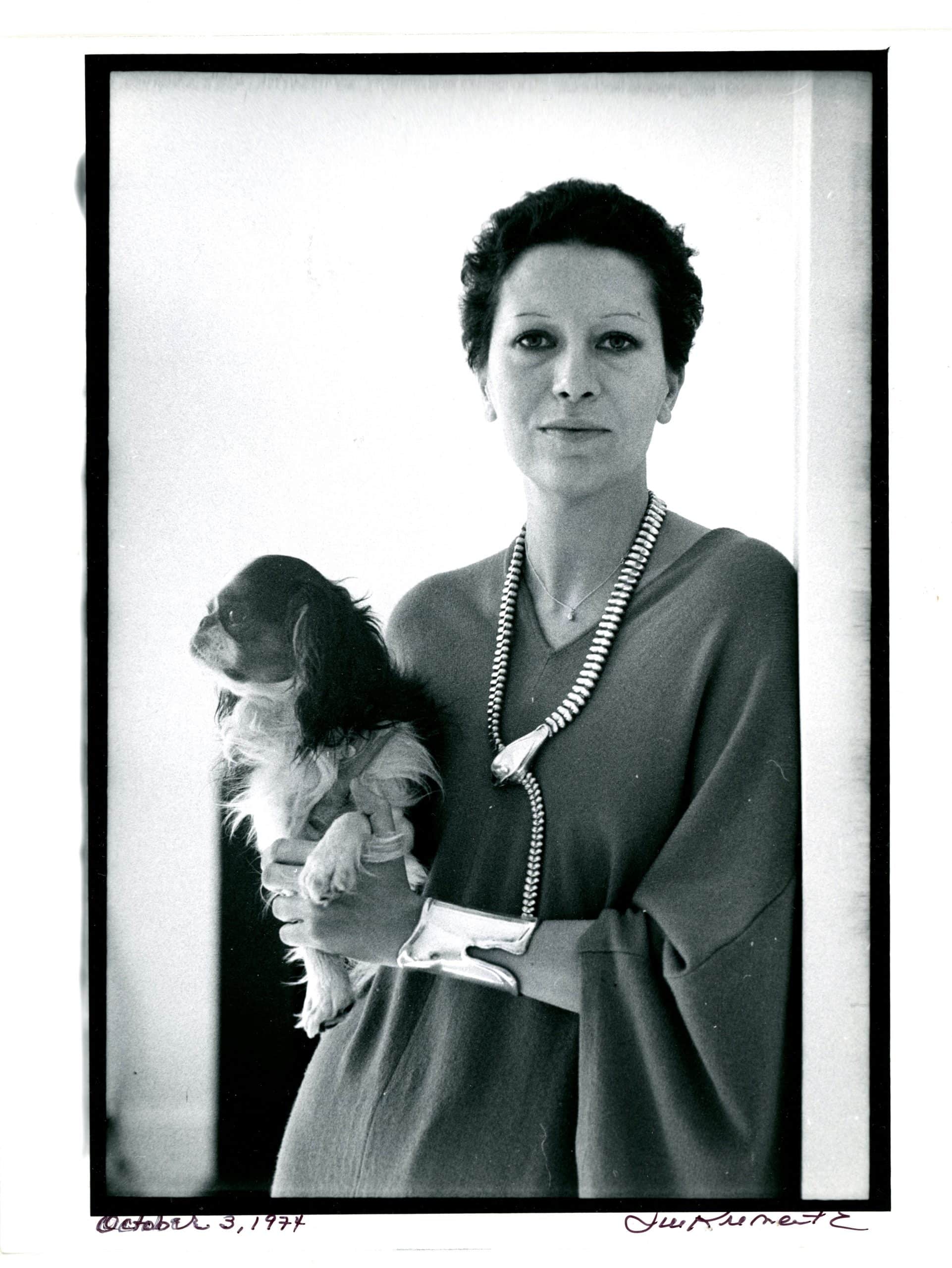 Reflections on Elsa Peretti, the Visionary Who Changed the Way We Wear Jewelry